Ontario is home to literally hundreds of lighthouses on the Great Lakes. While nearly all of them have been closed, many have been restored and maintained by yacht clubs, parks, and municipalities as historic landmarks.

While a choice few lighthouses offer guided tours for a fee during the summer months this is a list of lighthouses that are free to view all year round, with the added bonus of being near beaches, conservation areas, and parks so you can plan your trip to take a hike, hit the beach, and snap the perfect lighthouse pic for instagram on your trip.

Let’s start with the Bruce Peninsula. You could plan a whole road trip up one side of the peninsula and down the other and visit dozens and dozens of lighthouses. 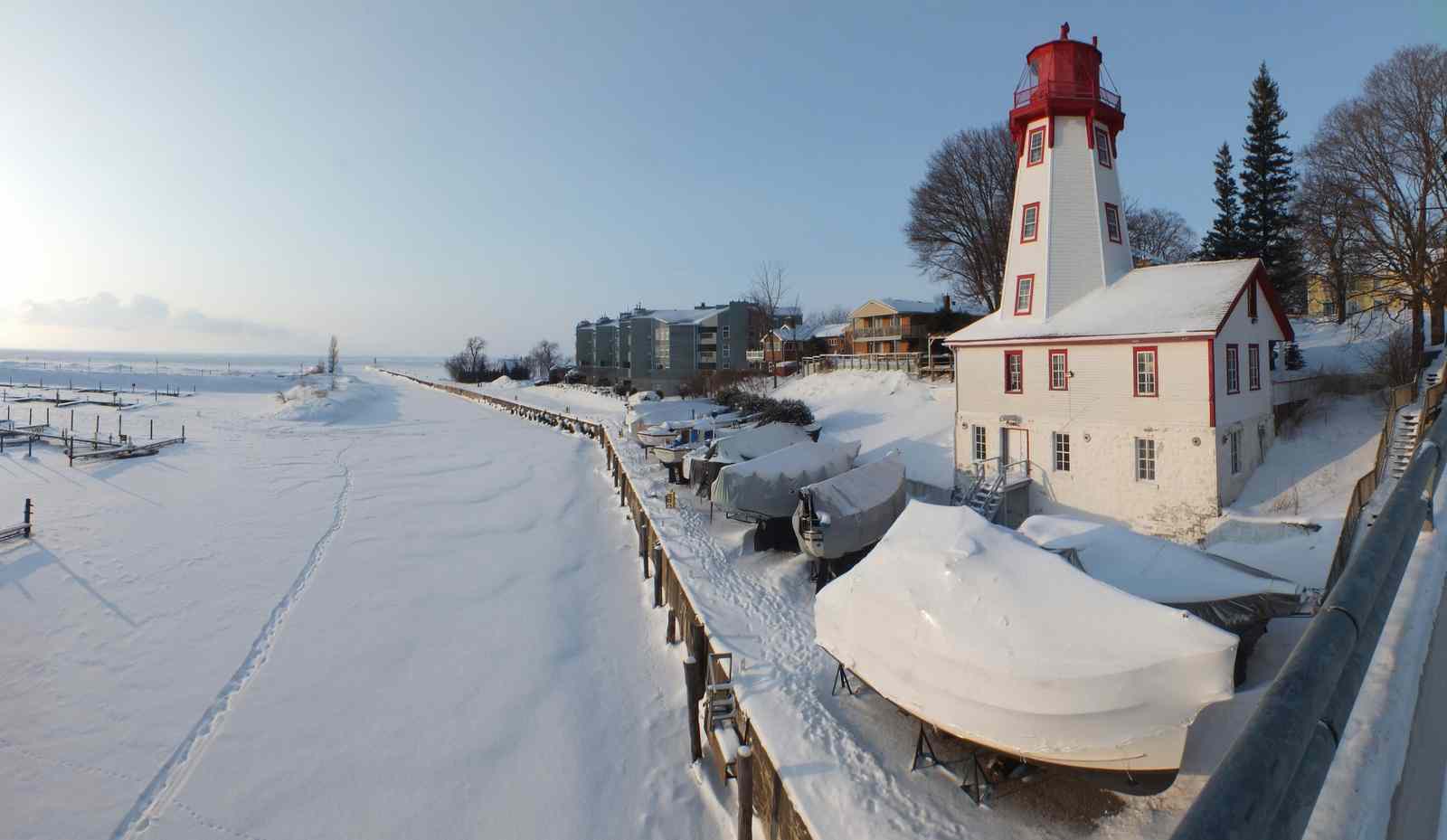 First lit in 1881, this lighthouse is currently owned by the Kincardine Yacht Club. The club converted the attached lighthouse keeper’s house to a small museum. The grounds are open year-round with the museum only being open in the summer. While visiting, check out the nearby Station Park Beach in the summer. 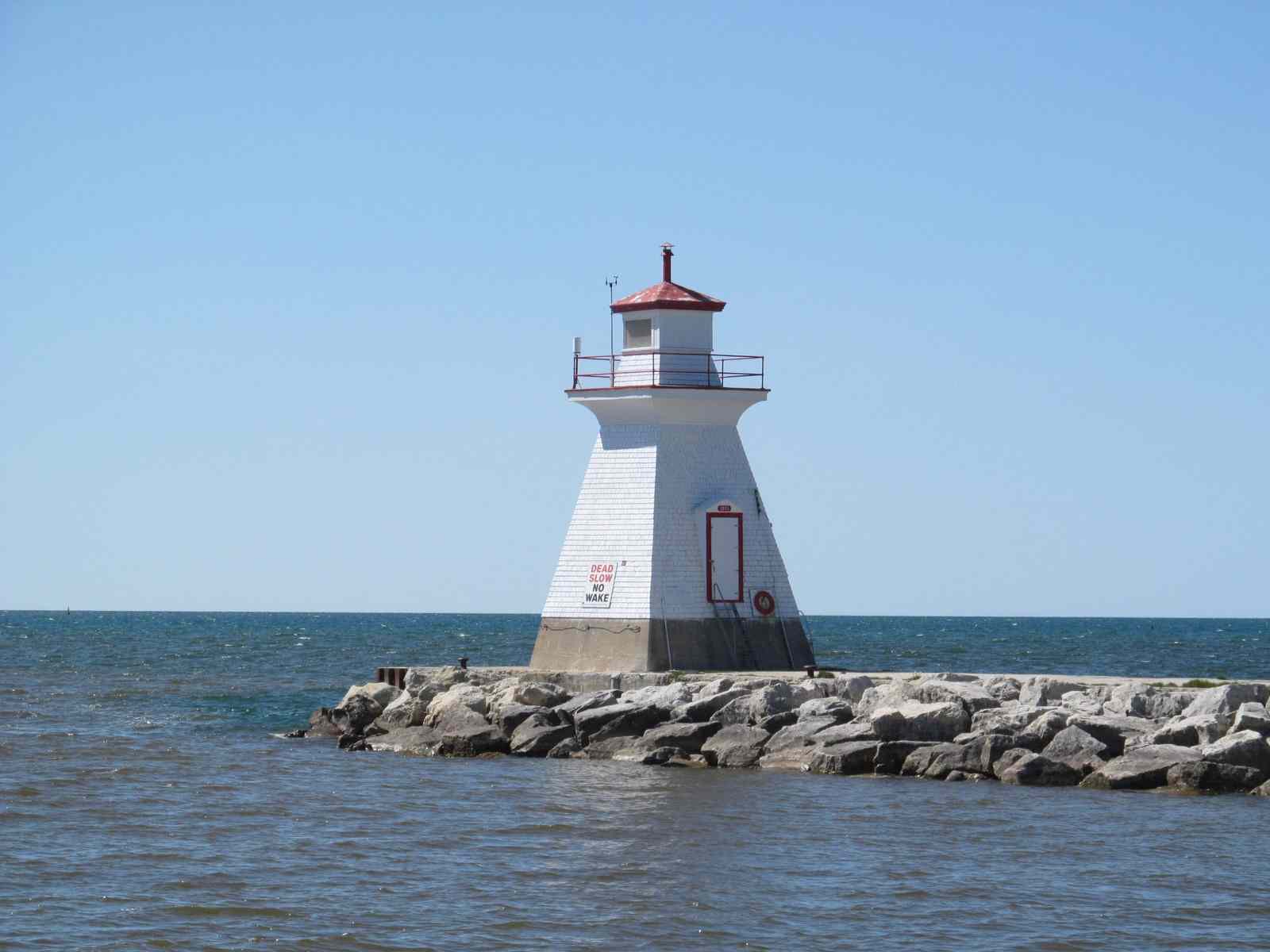 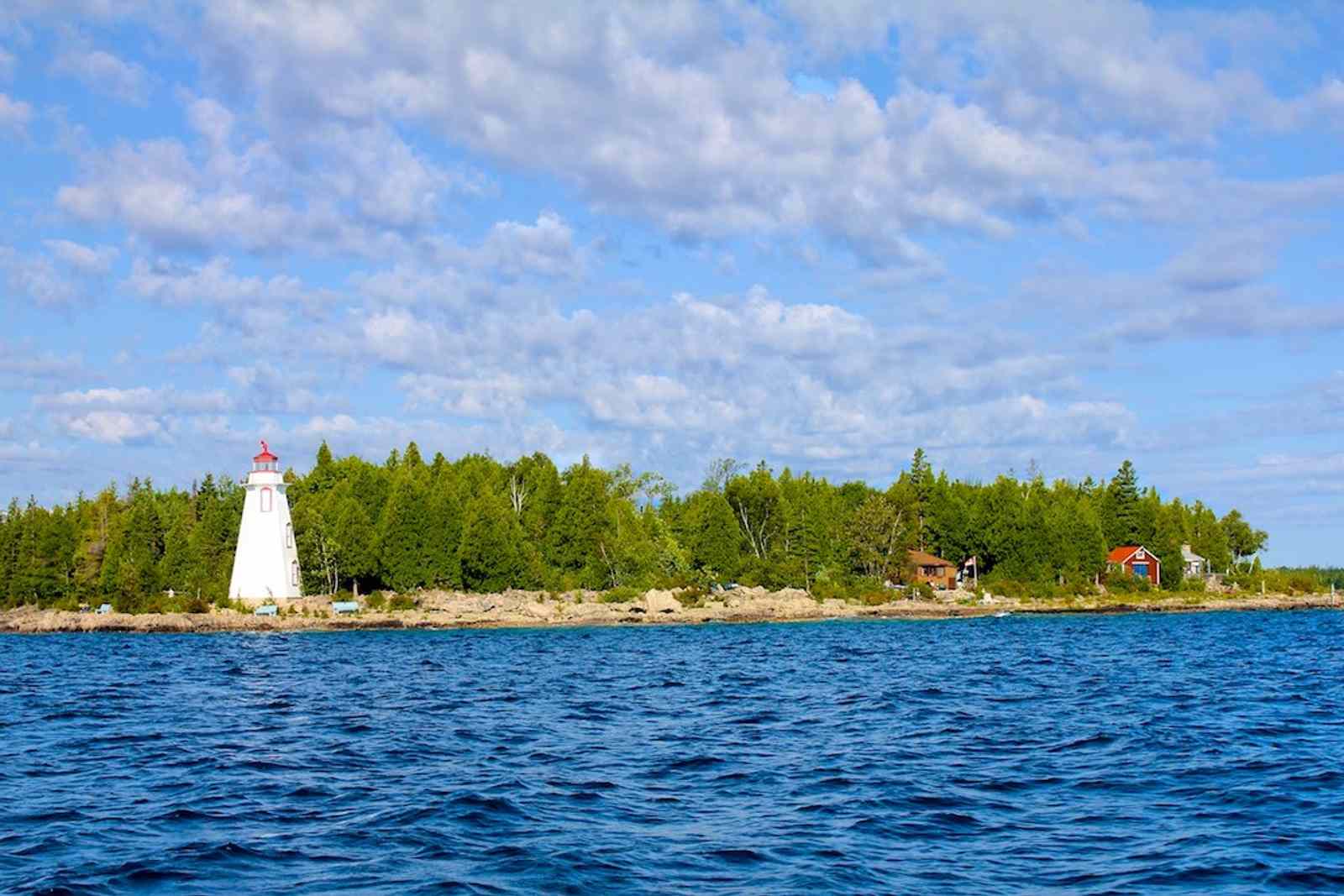 Tobermory itself has plenty to offer, but when you’re by the water to see the famous shipwrecks or swim in the crystal clear blue waters be sure to walk down to the end of the harbour to see this 19th century wooden lighthouse. Stop by to see hike along the rocky shores in the Fathom Five National Marine Park 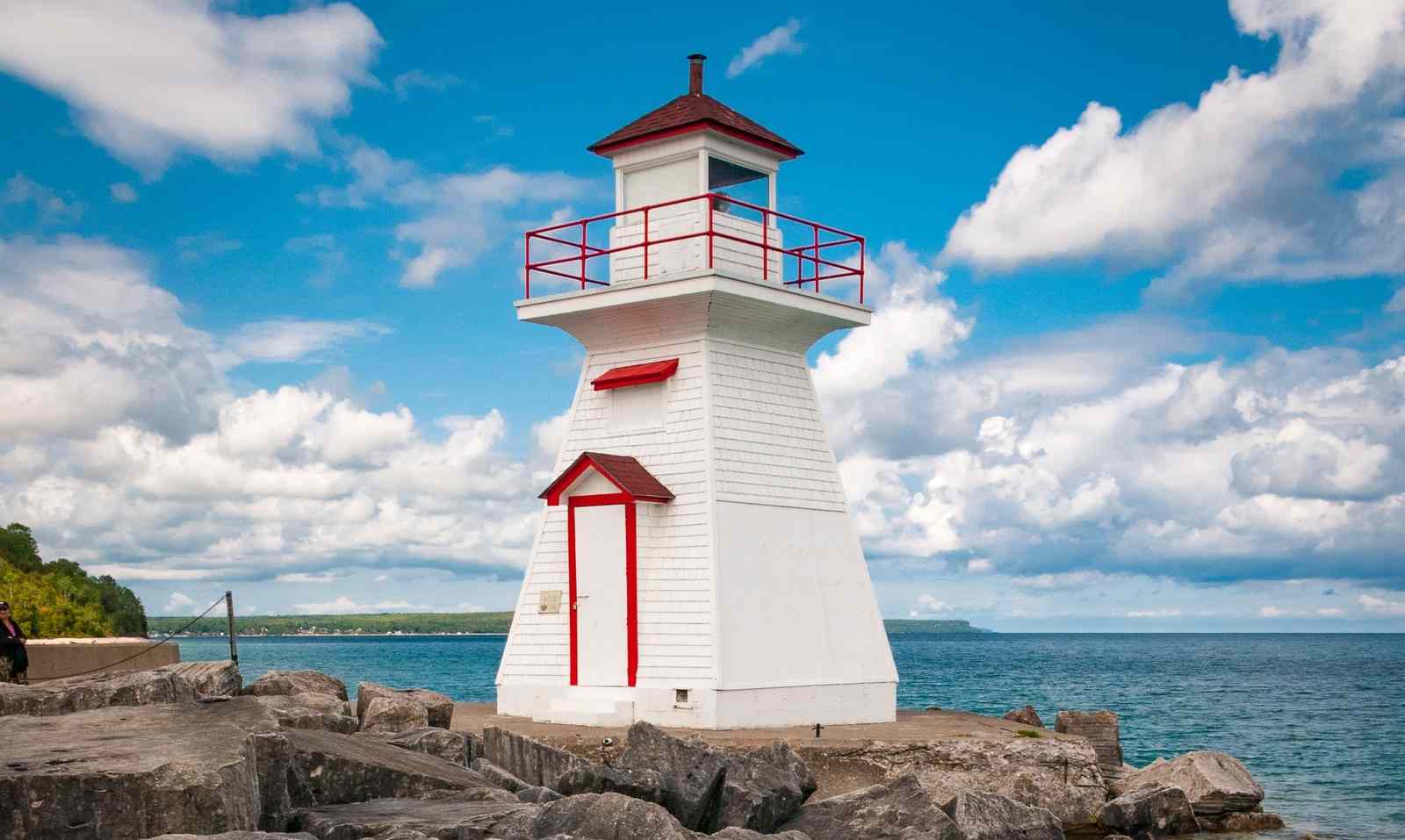 Down the other side of the peninsula along the shore of Georgian Bay you’ll find Lion’s Head. The Lion’s Head Lighthouse is a cute little structure and should make your list for sightseeing. It’s surrounded by a stone beach and features a view of the escarpment. 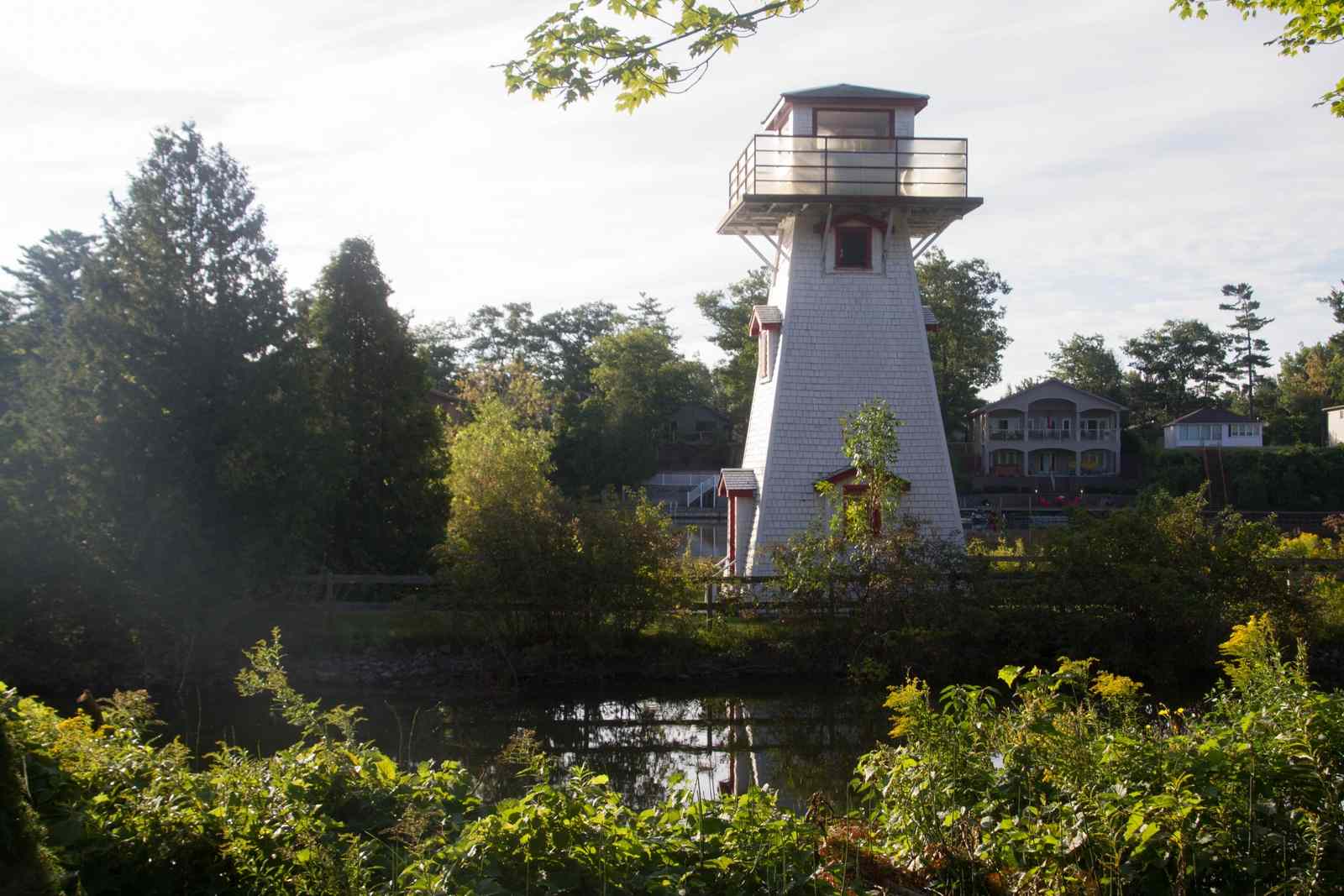 This lighthouse is actually a replica of the Collingwood lighthouse and the island itself has an interesting history. Nancy Island got its name because the island formed when British Schooner The Nancy which sunk in the war of 1812. The river pulled silt and sand which came to build up on the sunken ships hull and eventually formed an island. The Nancy Island Lighthouse actually sits on Tower Island, a smaller island next to Nancy Island and joined by a footbridge. Browse the attached museum and visitor centre, and spend some time the Wasaga Beach and Provincial Park after you’ve had your fill of history! 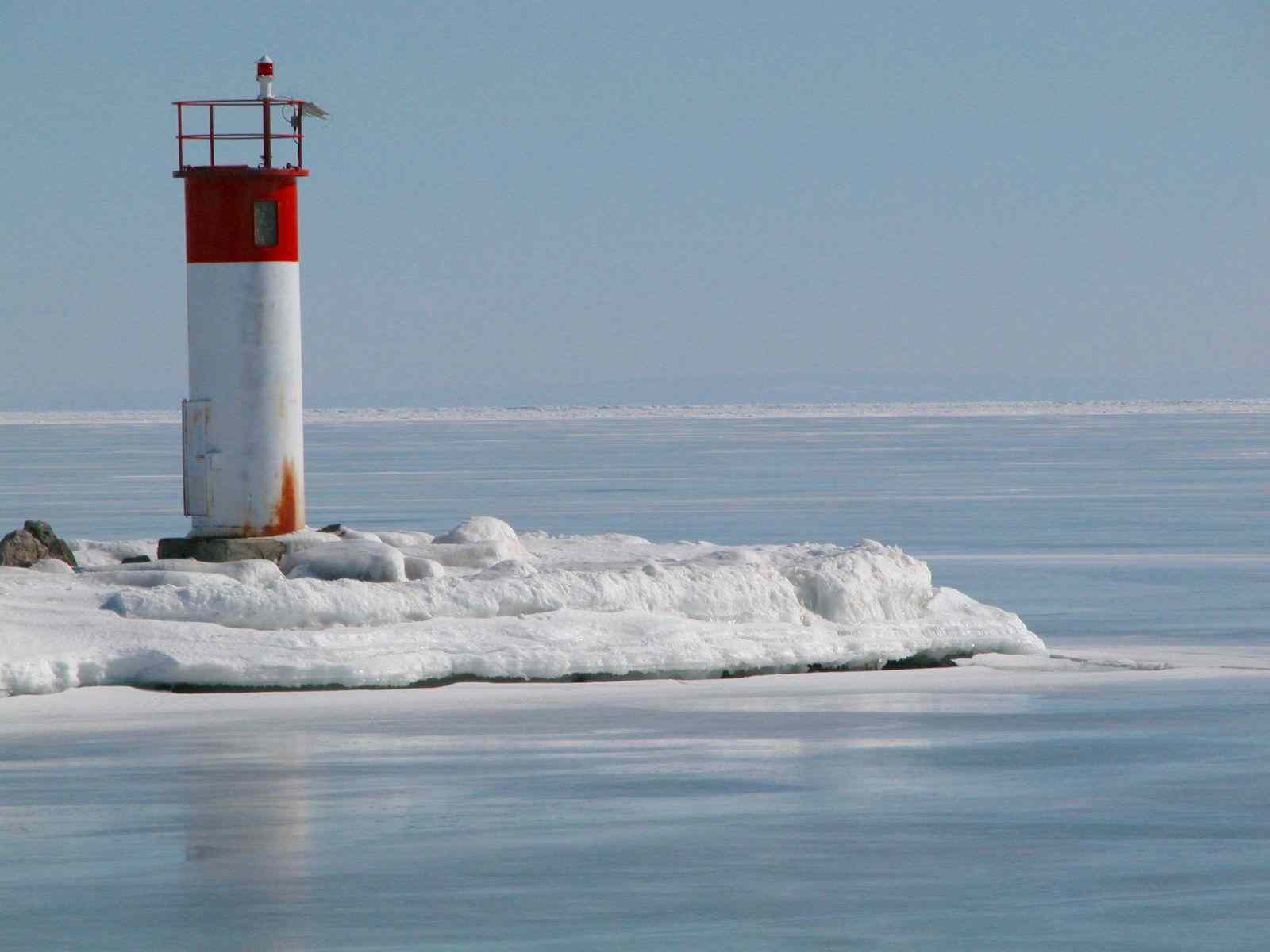 Where the Grand River empties into Lake Erie in Port Maitland you can take a walk along the beach and out along the pier to see the Port Maitland Lighthouse. This lighthouse is also near Rock Point Provincial Park so you can bring your tent and camp! 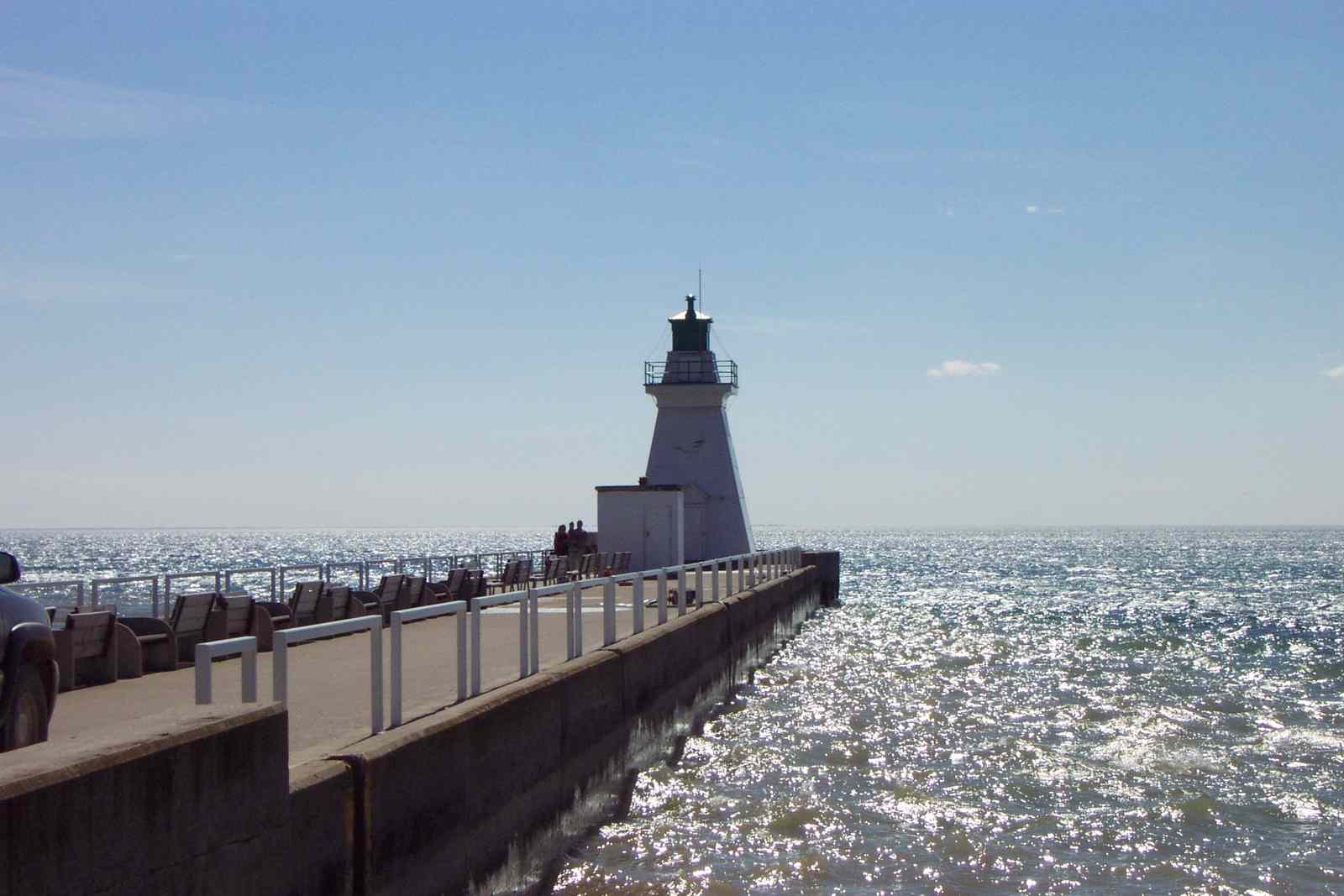 Sitting at the end of a long pier this lighthouse offers a great view of Lake Erie. The structure is a federal heritage building. After your visit, spend the night camping in Selkirk Provincial Park. 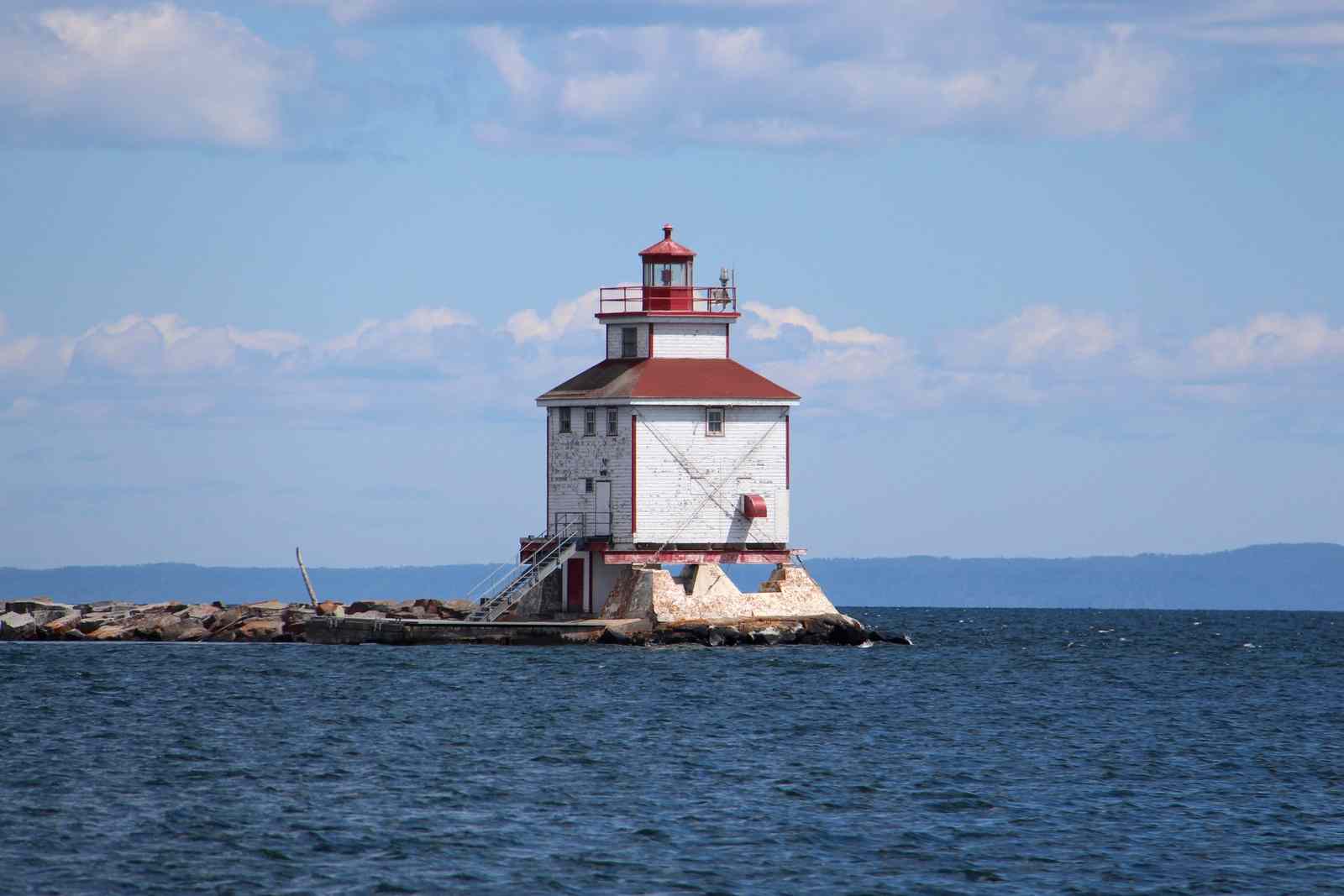 This squat little lighthouse sits out in the harbour in Thunder Bay. You can’t reach it unless you paddle out in a boat but its visible from shore and the harbour and surrounding area offers hiking trails and lots of landmarks to visit. 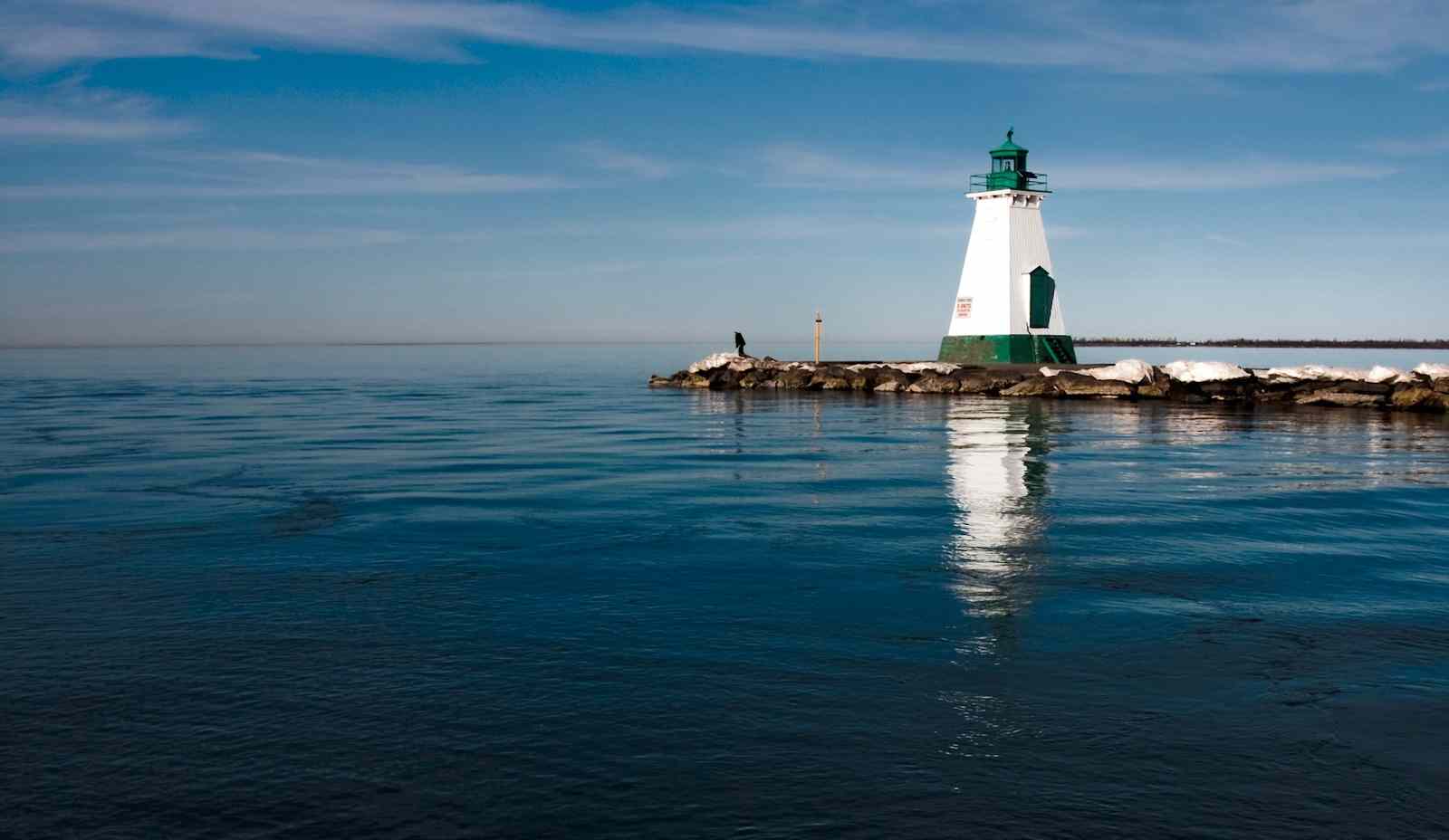 On a clear day you can see the Toronto skyline across the lake from Port Dalhousie. This pair of lighthouses are next to a public beach for swimming and not far from Ball’s Fall’s Conservation Area making it a great destination for an afternoon of sightseeing. 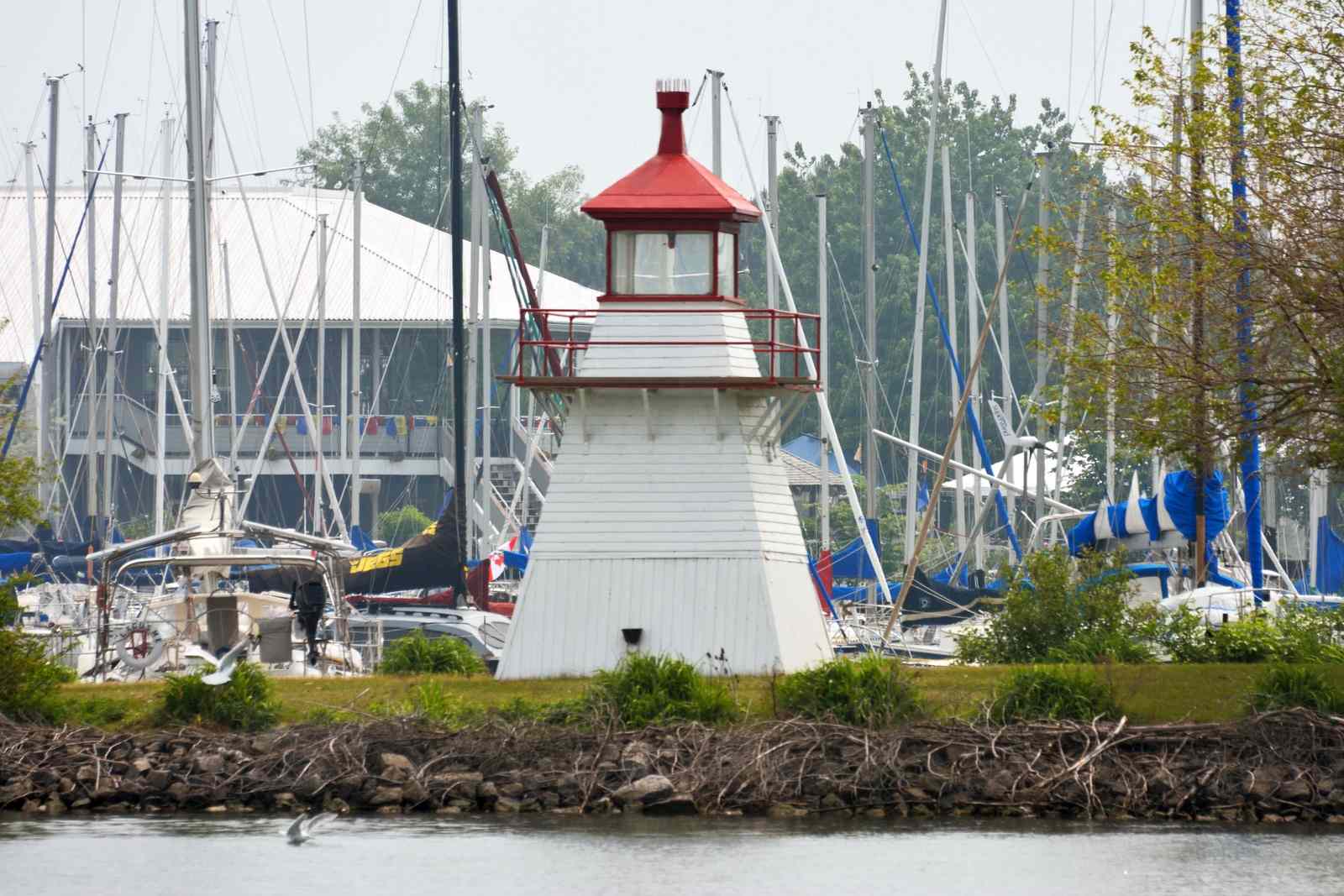 Though they currently reside in Humber Bay Park, these lighthouses are originally from the Toronto Harbour. Towed over on a barge in 1981 they now adorn the entrance to the Etobicoke Yacht Club Marina. Bring your canoe, kayak or SUP and paddle past them in the harbour.