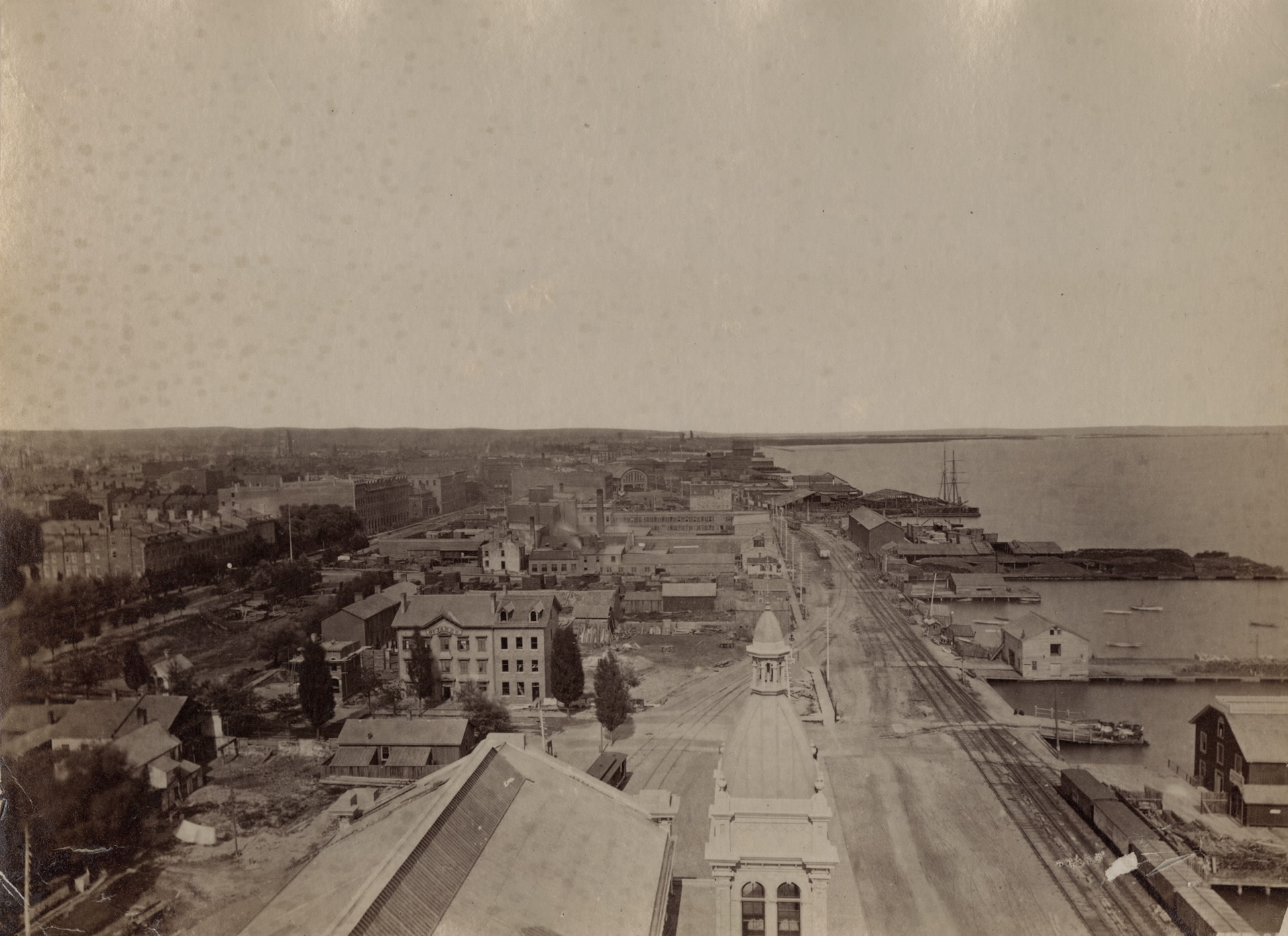 The Canadian National Exhibition, better known by most as the CNE, began in 1879 on the beautiful shoreline of Lake Ontario as a way to promote Canadian agriculture and technology. Today, the CNE is Canada’s largest annual fair, bringing in about 1.5 million guests every year. 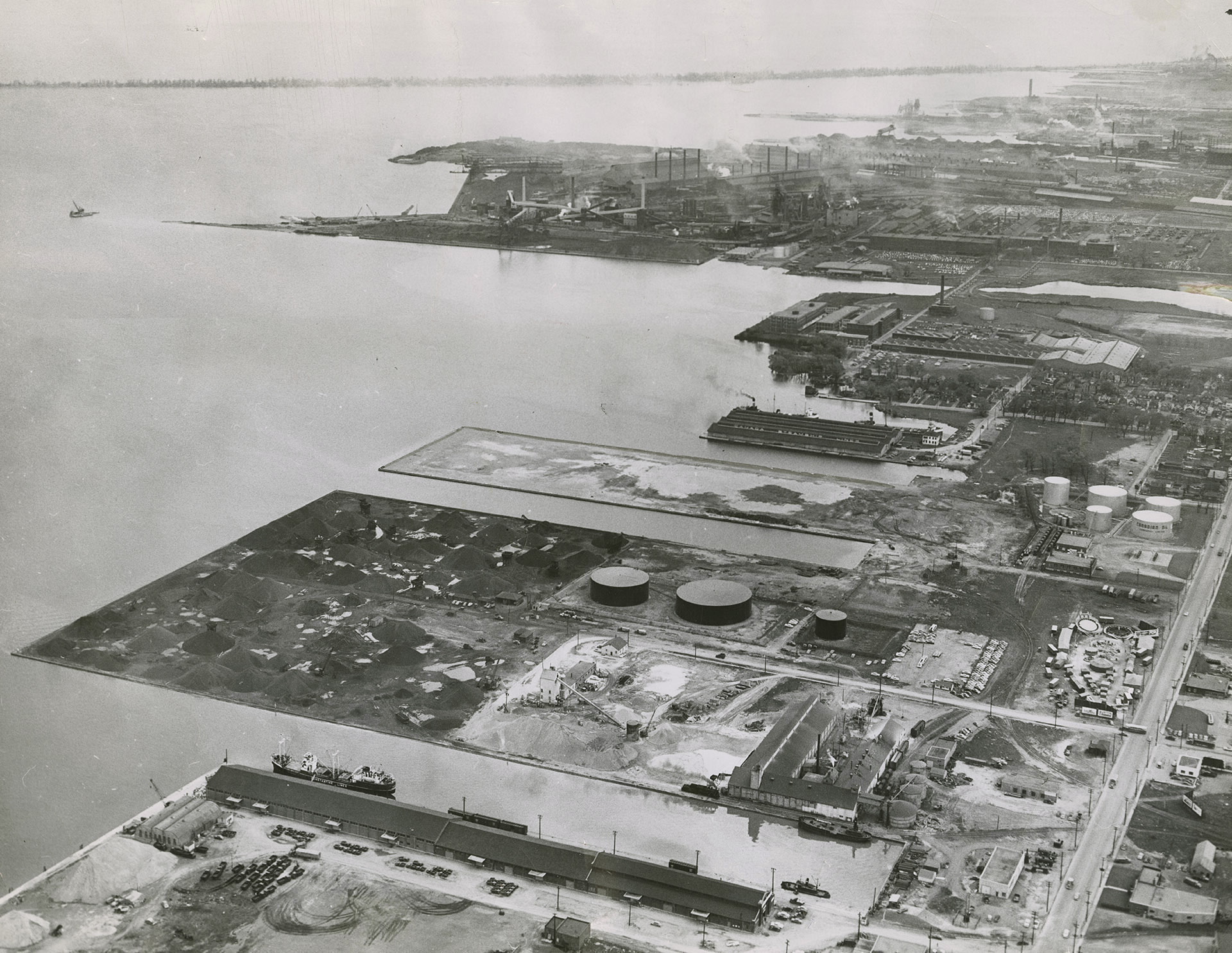 Situated on the most western end of Lake Ontario, the Hamilton Harbour is on a bay separated from the lake by a natural sandbar. Water transportation through the bay was extremely vital to west Toronto’s industrial development of areas such as the Dundas neighbourhood. 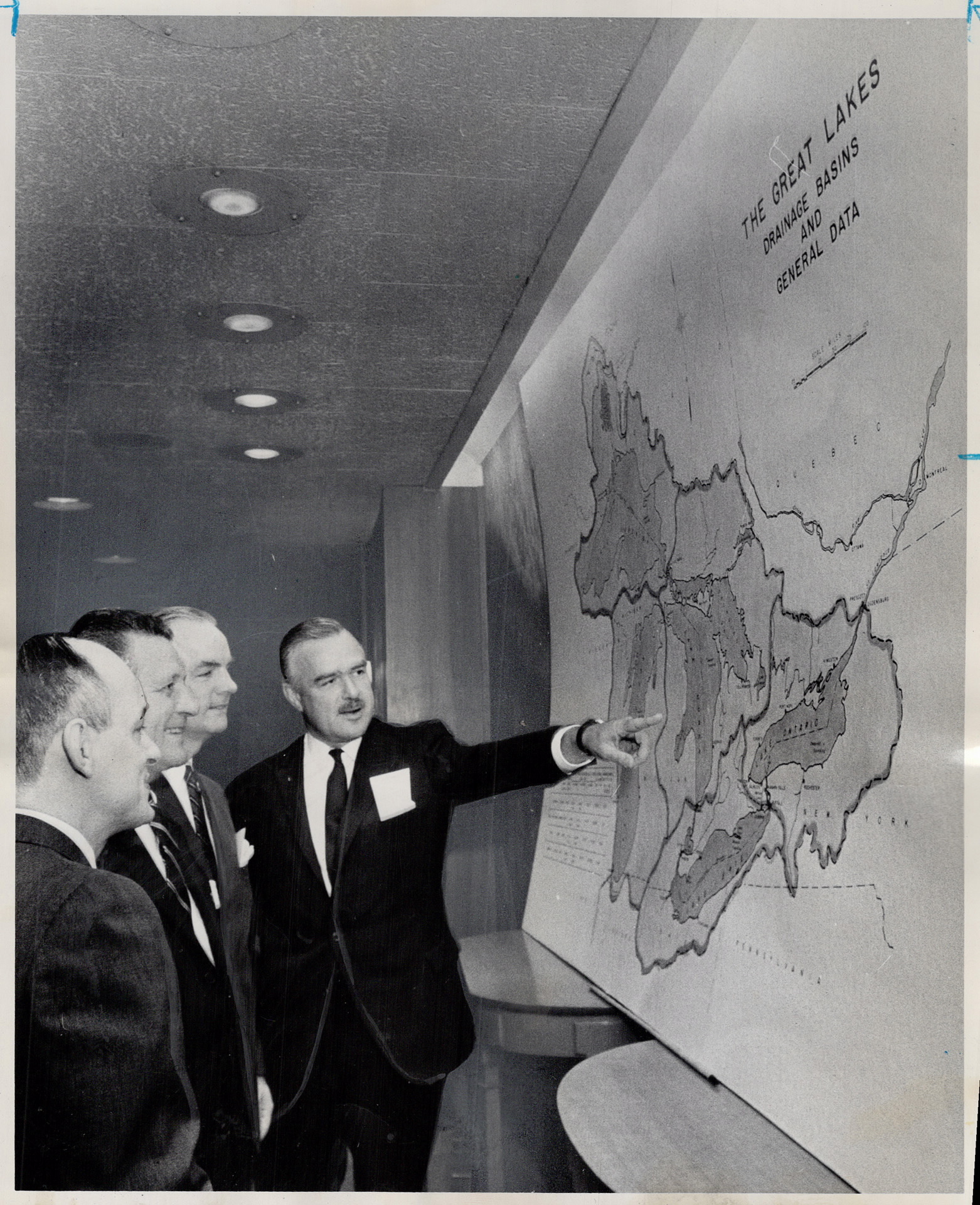 Ontario Premier John Robarts attends a conference about water shortages in the Great Lakes. Water levels were at the lowest that they had been since levels had begun being recorded 104 years ago. Speculated causes of the time were water gates, hydro installations, dredging in the St. Lawrence Seaway, in combination with lower than average rainfall and accelerated evaporation.

Desmond O’Halloran patrols the shipping lanes of the Great Lakes and St. Lawrence Seaway on the lookout for oil slicks. If he sees any, he documents the ship’s name so that legal action can be taken. In 1971 alone, there were 44 convictions. 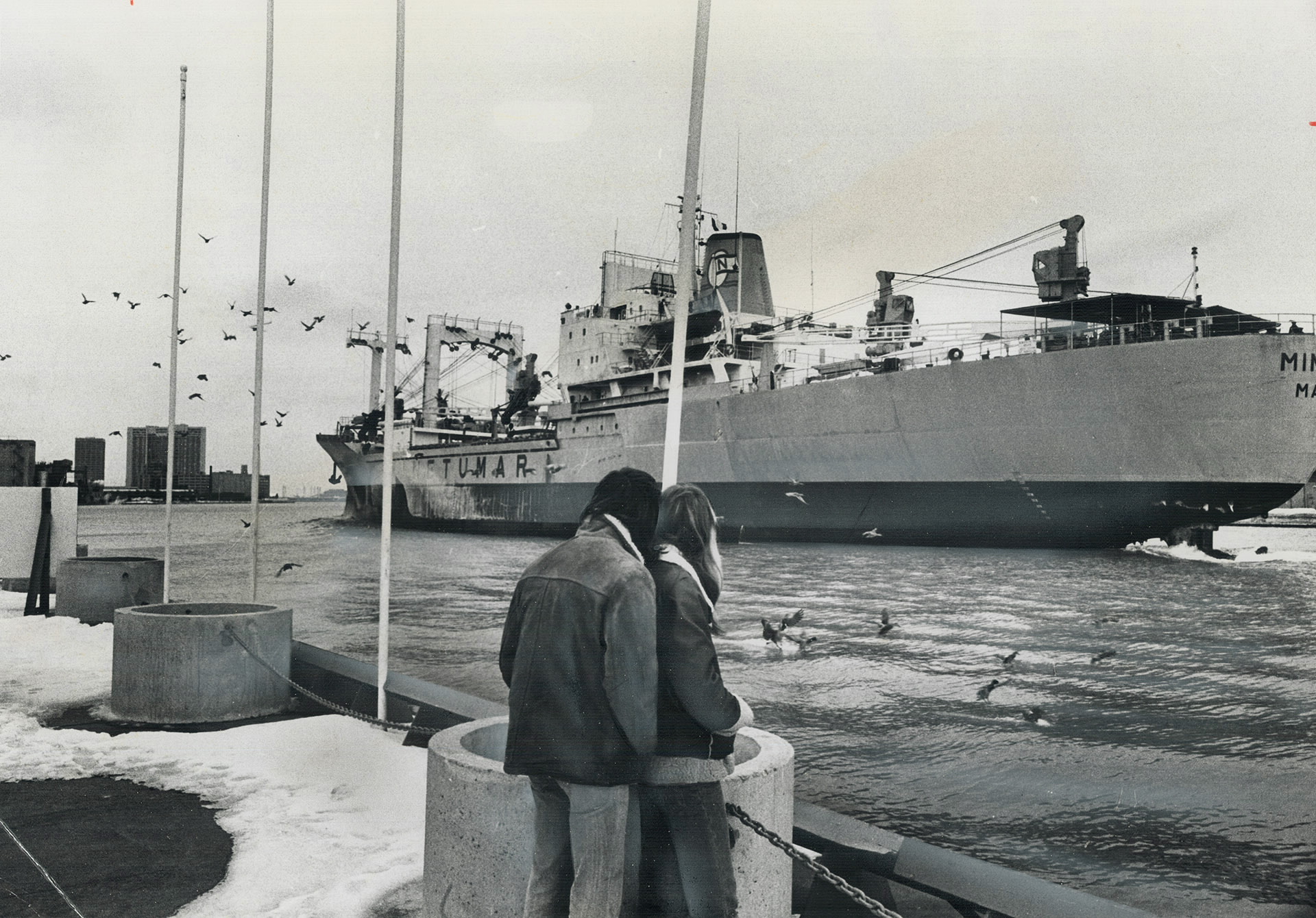 The St. Lawrence Seaway opened early this year, allowing European ships such as the Netumar Lines freighter (pictured here) to bring cargo into Toronto. A couple watches as the ship pass through frigid waters. 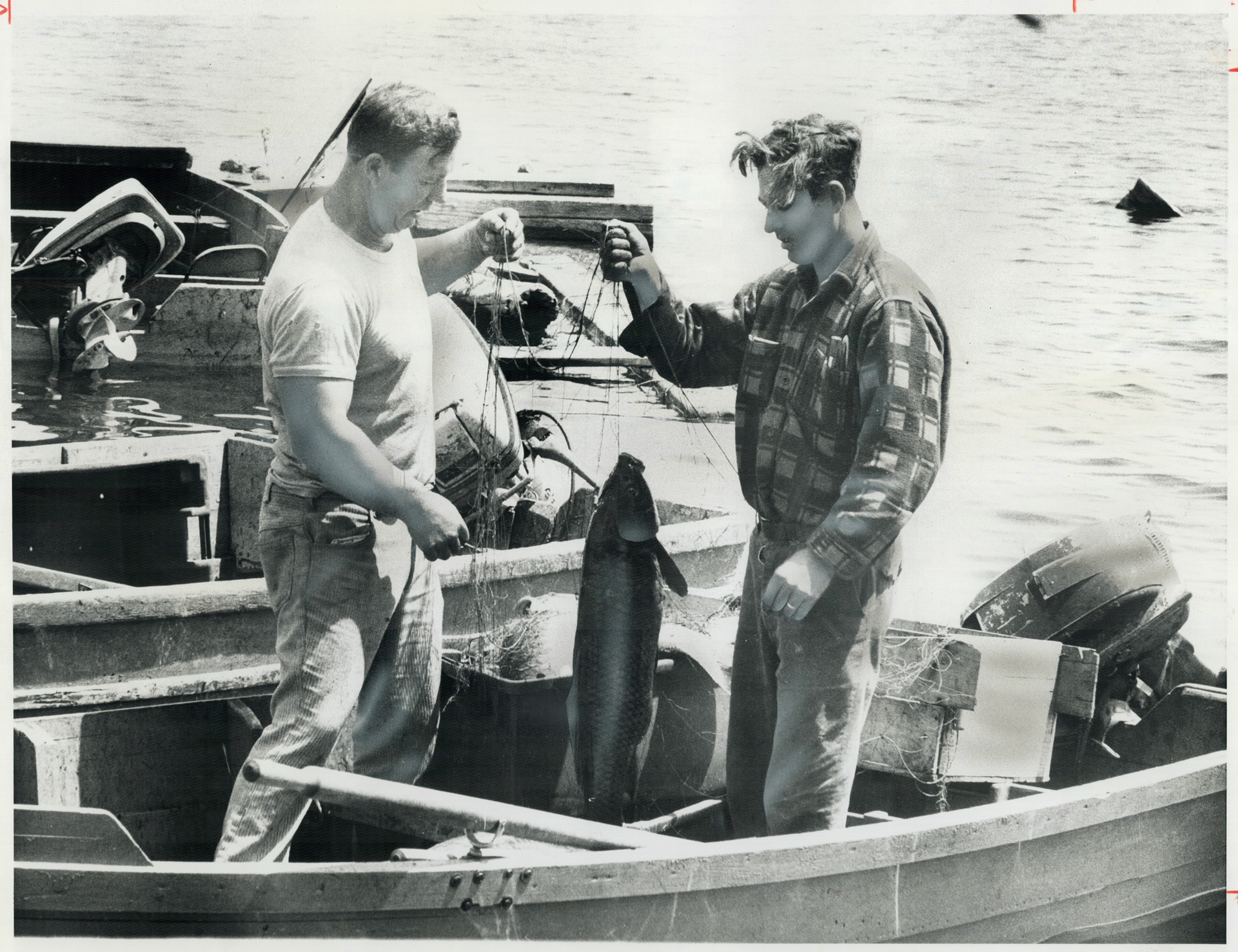 Brothers Stan Cooper and Leonard Cooper examine a carp, their catch of the day. They disclose that the fish in Lake Ontario seem to be getting smaller in the wake of increasingly polluted waters. 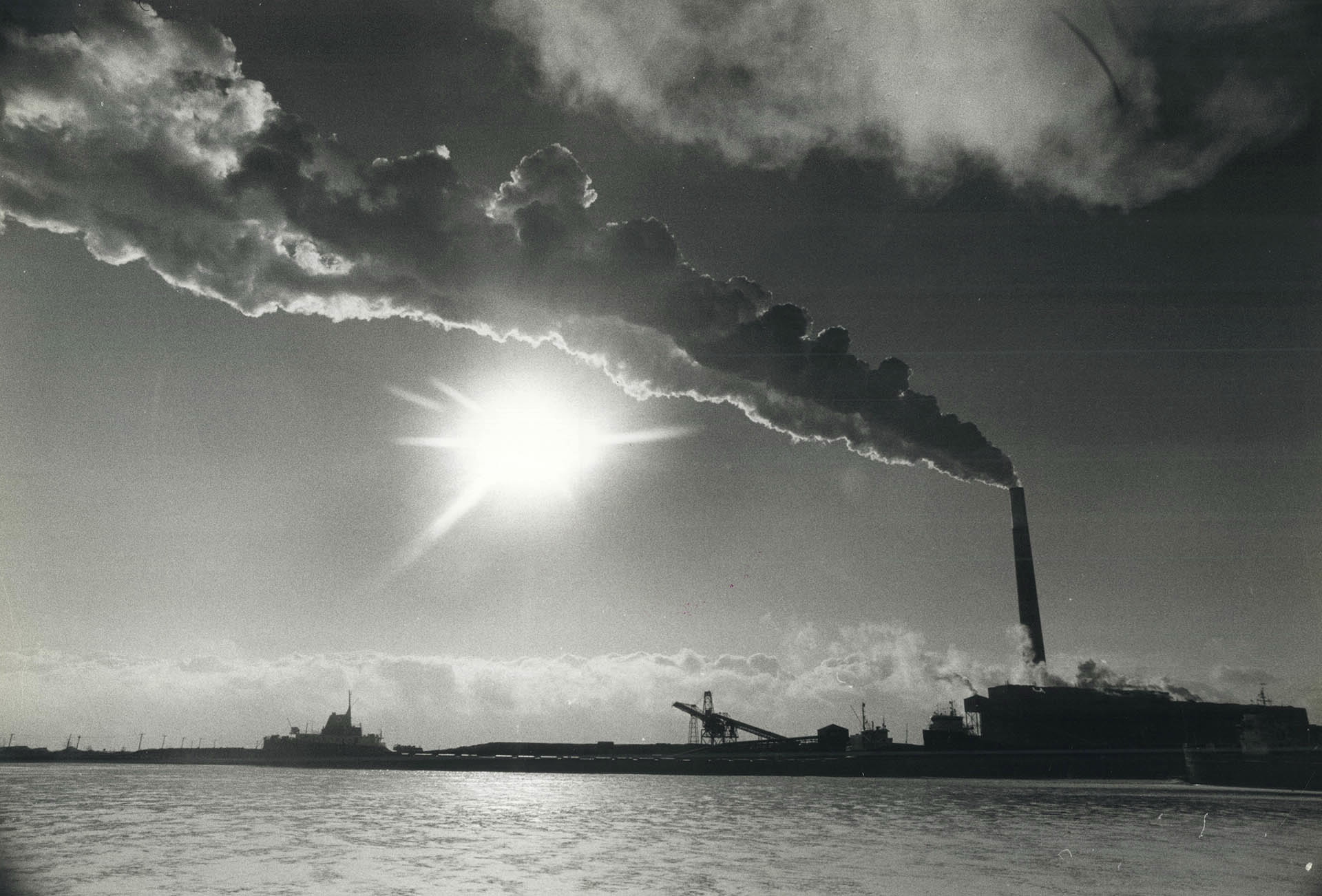 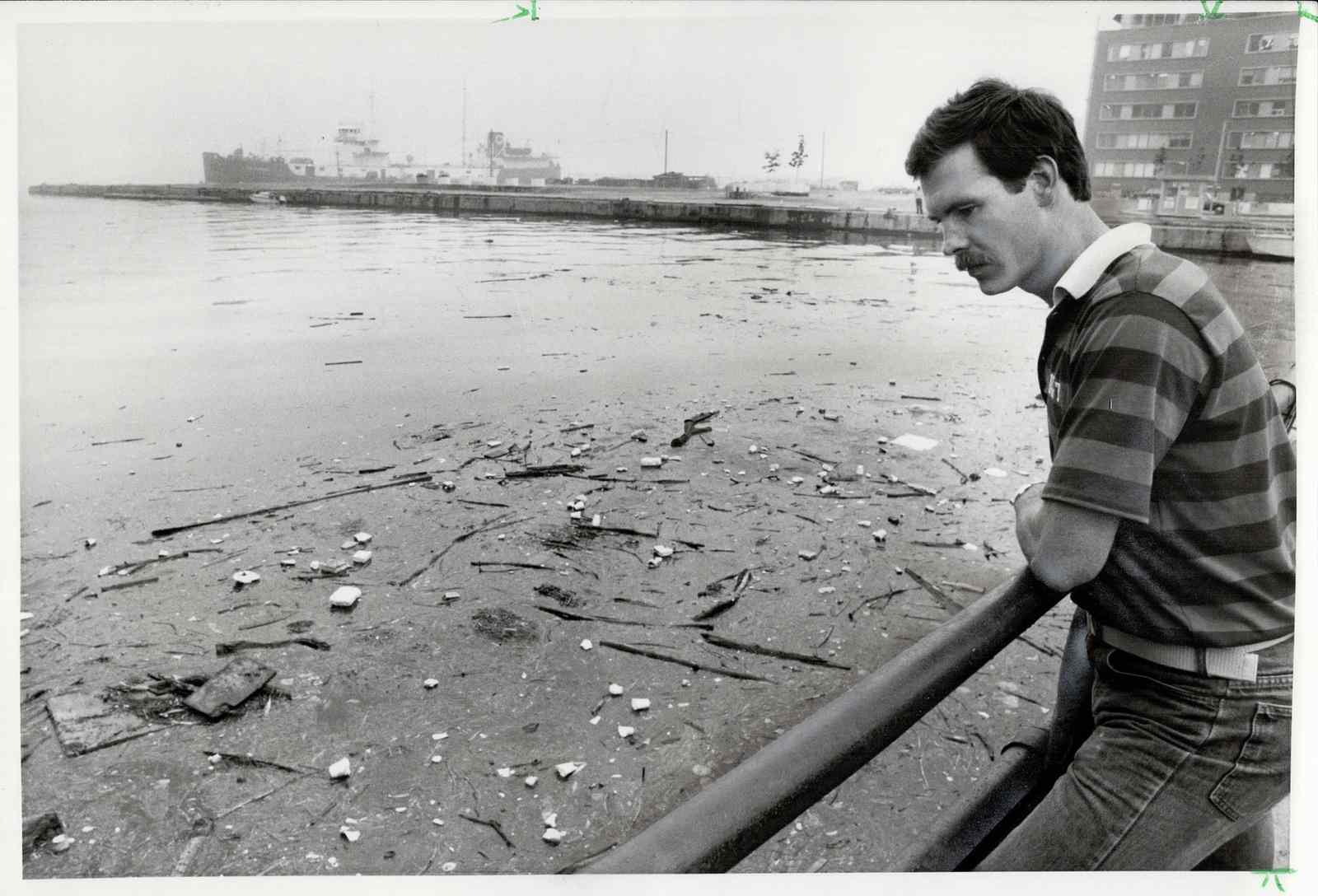 After a particularly destructive storm, Paul Clarke inspects the wreckage that has made its way into the lake. The storm took down hydro poles, and objects as large as picnic tables ended up in the harbour. 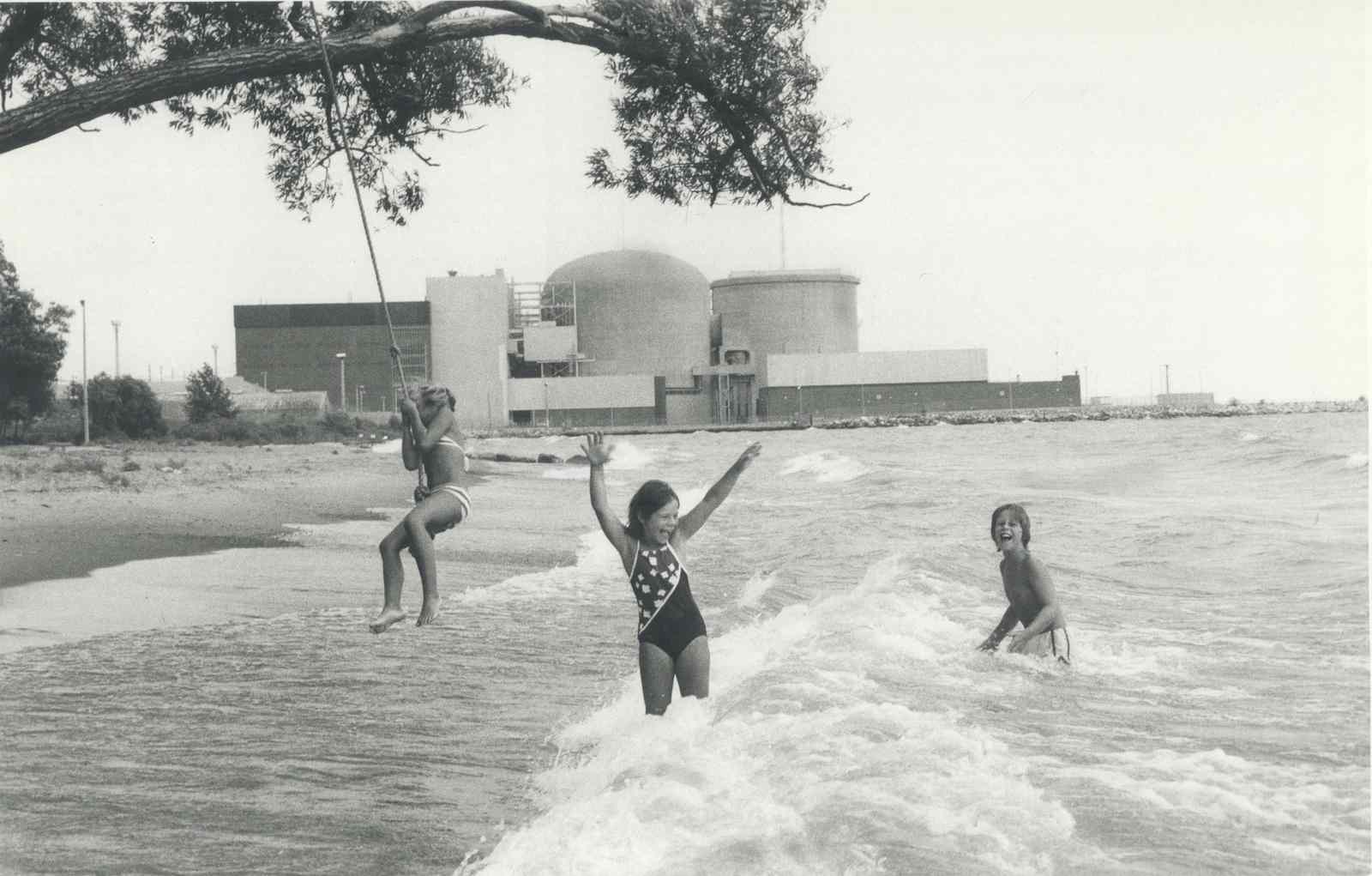 A quick dip the the lake is enticing on a hot summer day. The proximity of the Pickering Nuclear Generating Station doesn’t deter Kim Kipp, Nicole Ferguson, and Michael Ferguson from cooling off in the water, even after a ruptured tube in the plant caused concern in early August.

That very same summer, Toronto’s Beaches neighbourhood had to prohibit swimming due to heightened levels of pollution in the water. No relief from the heat for these friends. Protecting the water quality of Lake Ontario is an ongoing effort, even today.

You can help safeguard your waters by volunteering at a citizen science water monitoring hub on the Great Lakes. 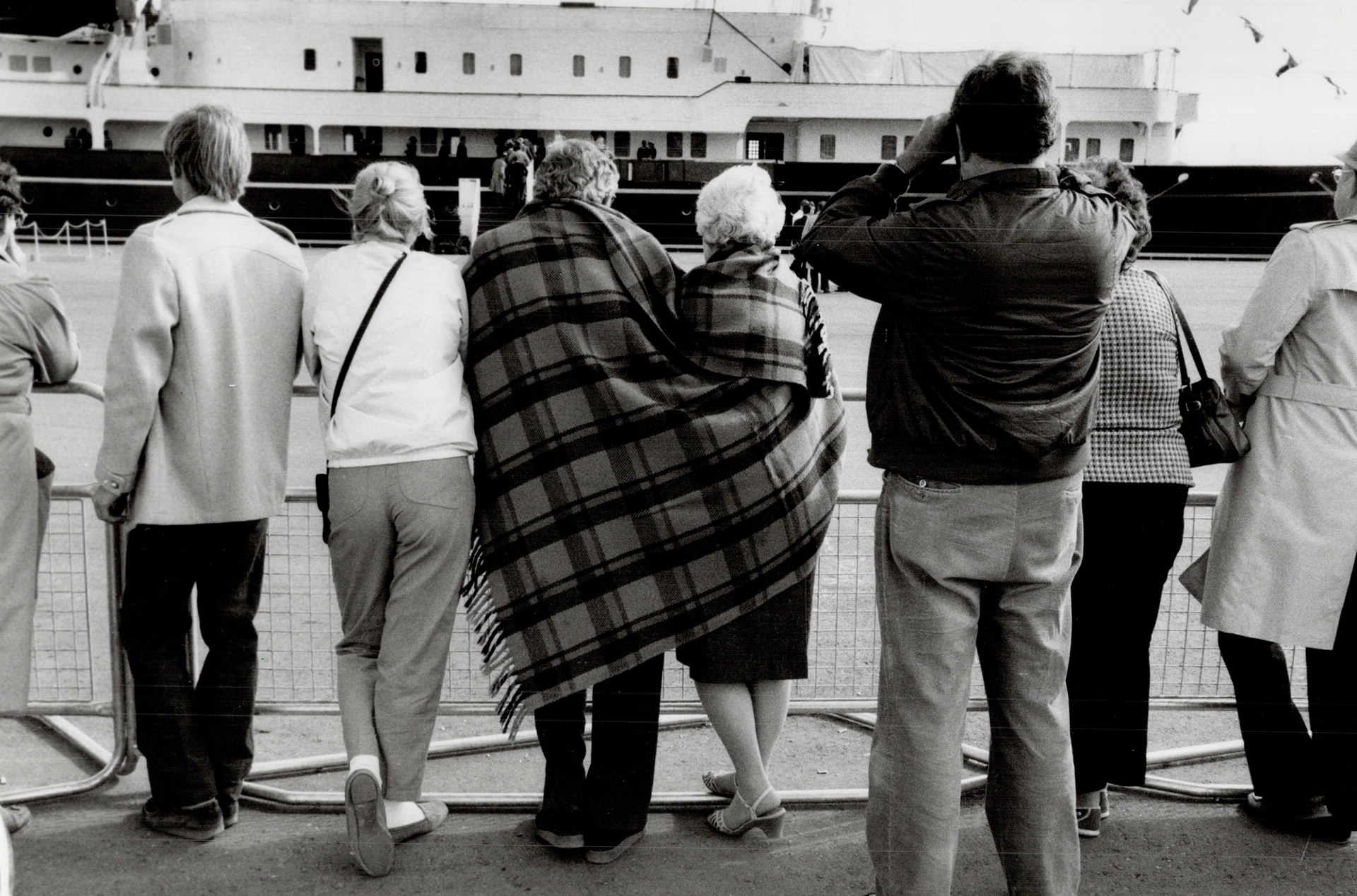 Britannia, the Royal Family’s yacht, makes its way into the Toronto harbour with the Queen Elizabeth II and Prince Philip on board. Excited Torontonians try to catch sight of the royals. 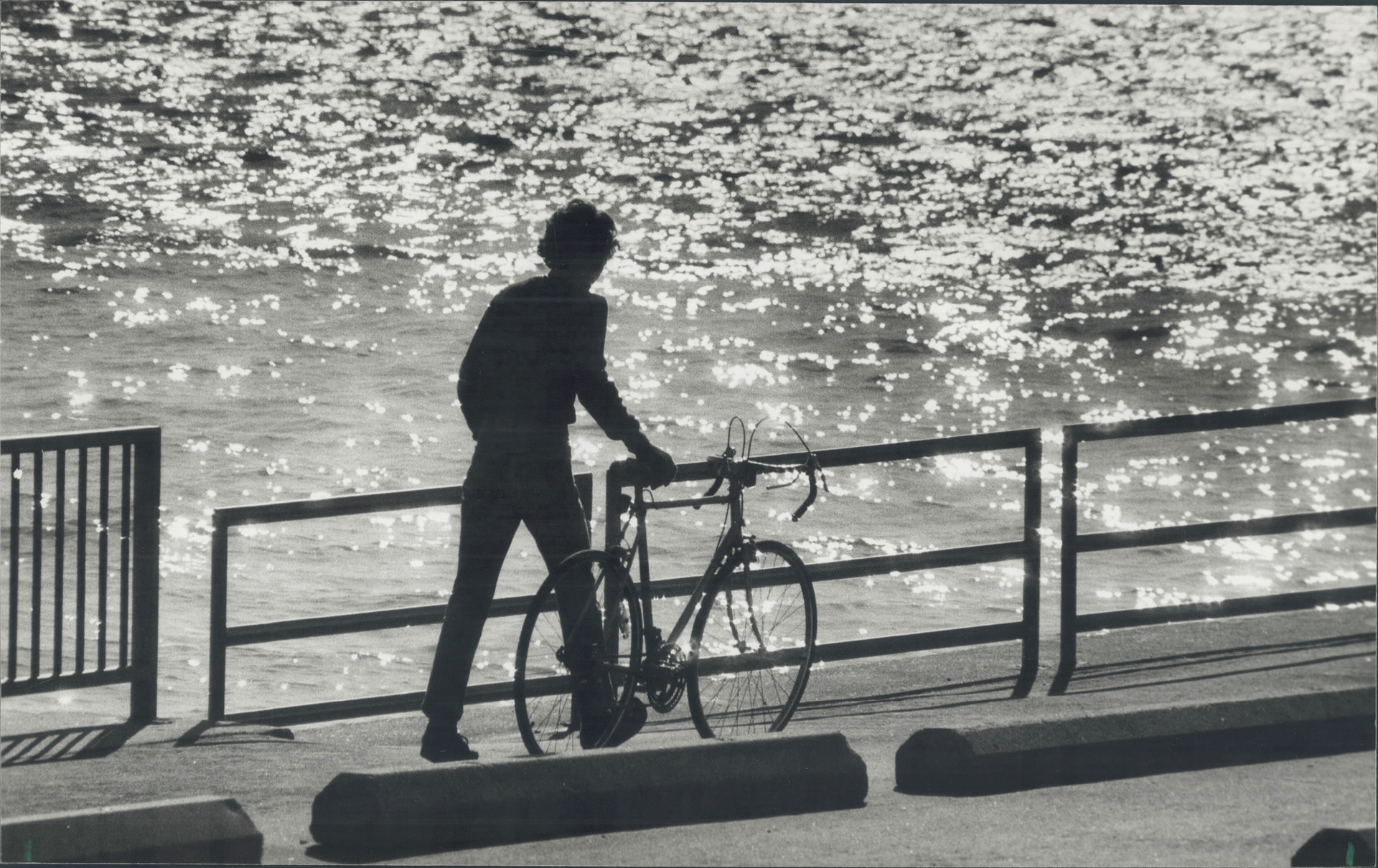 A cyclist gazes out over the sparkling waters of Lake Ontario near Coronation Park. 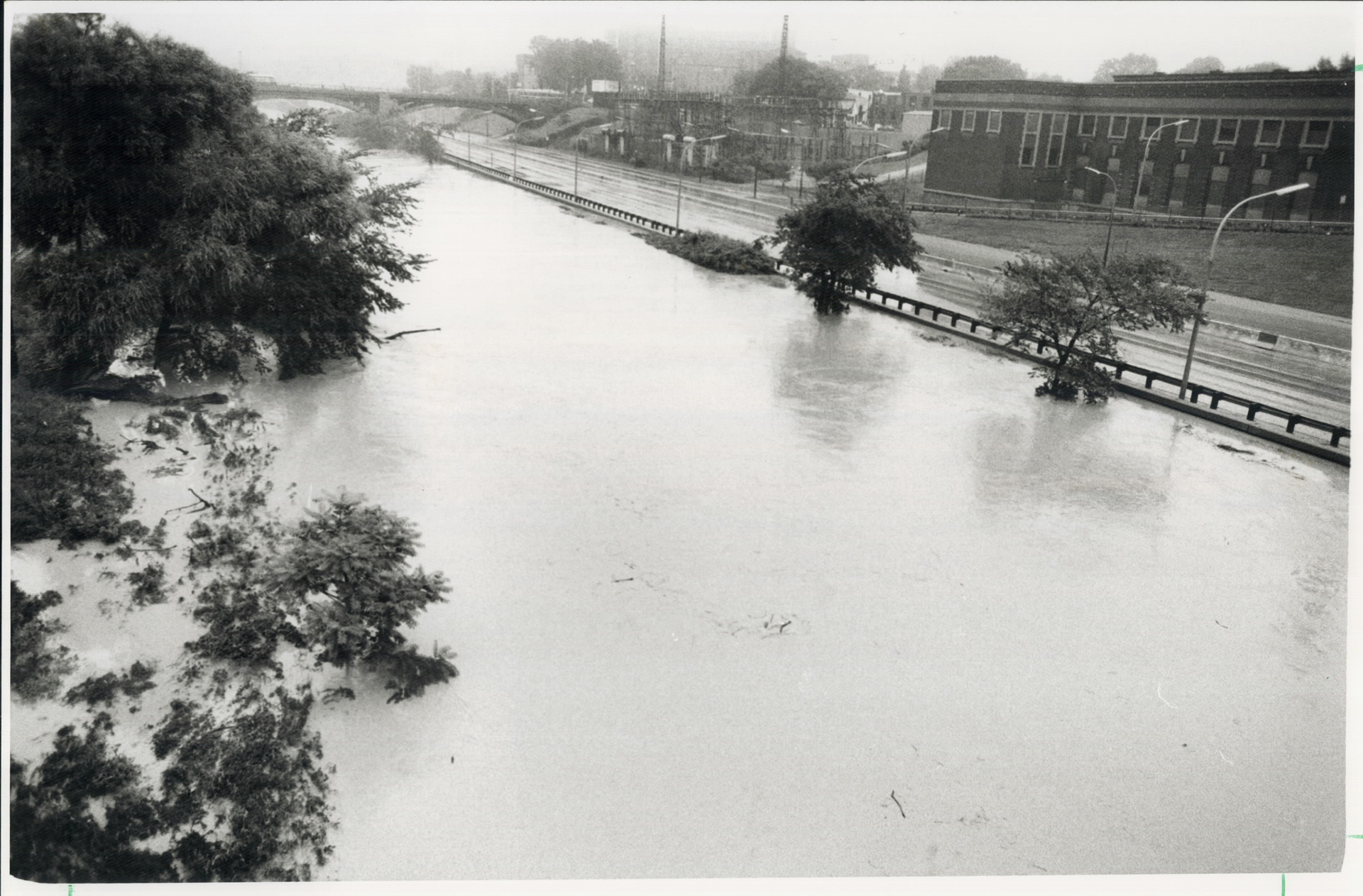 Greenpeace environmental activists Steve Loper and Kenn Hollis protest pollution in the Great Lakes with a banner on the 250ft smokestack of the Highland Creek Sewage Treatment Plant.


Do you have any historic photos of Lake Ontario? Show us your pictures by tagging us @greatlakesguide and using #greatlakesguide.