We tend to think of the Great Lakes as five separate bodies of freshwater. But all 5 Great Lakes are very intimately connected to each other. The lakes are all part of one big watershed. The watershed is an area of land that drains surface water down to a single point. In this case, that point is - you guessed it - The Great Lakes. 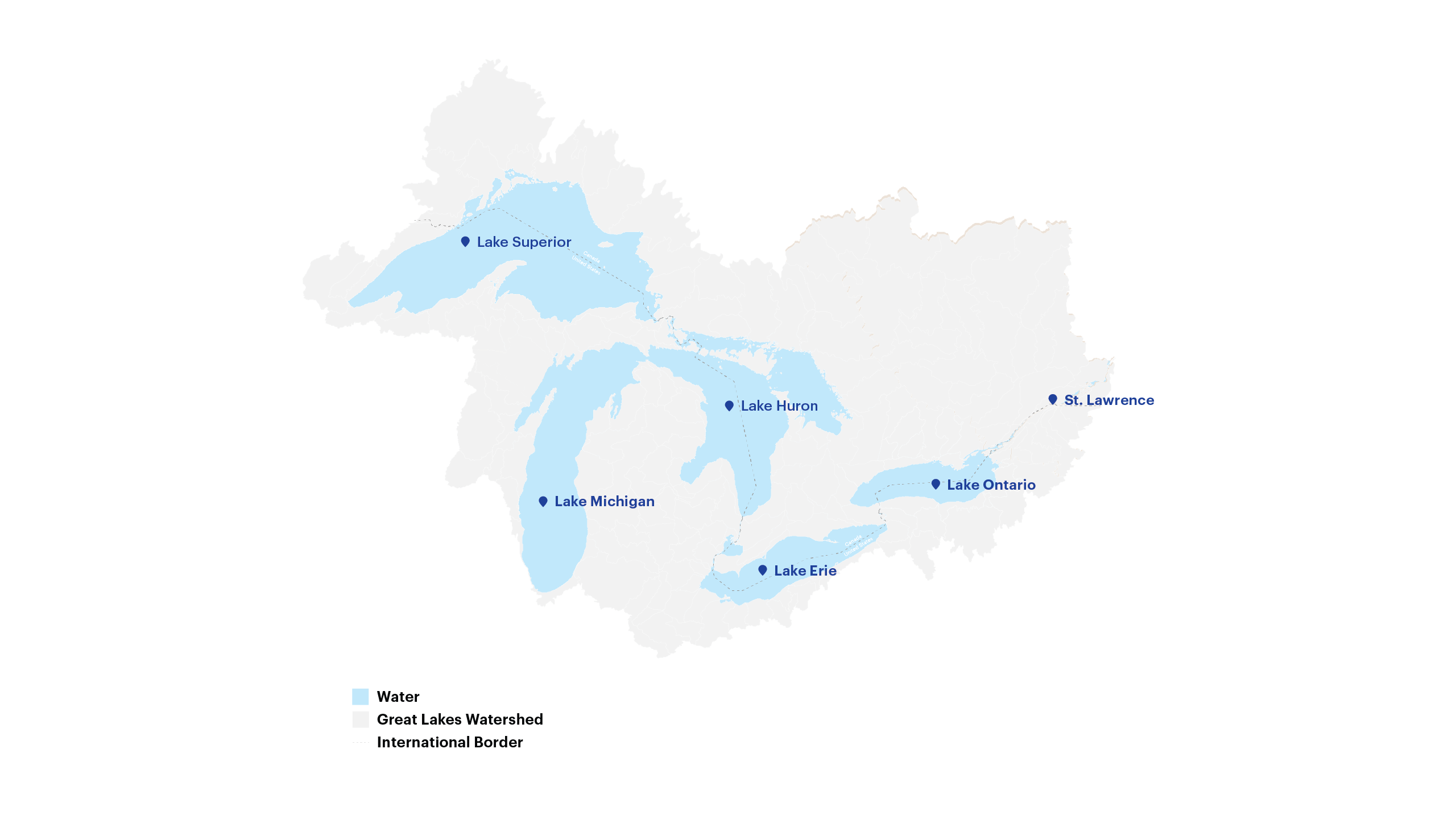 
Have you ever wondered how big ships travel through the Great Lakes? Although the Great Lakes don’t physically touch one another, their waters all flow together in one big system. The Great Lakes are connected by close to 5,000 tributaries: a series of smaller lakes, rivers, streams, and straits flowing into larger bodies of water. 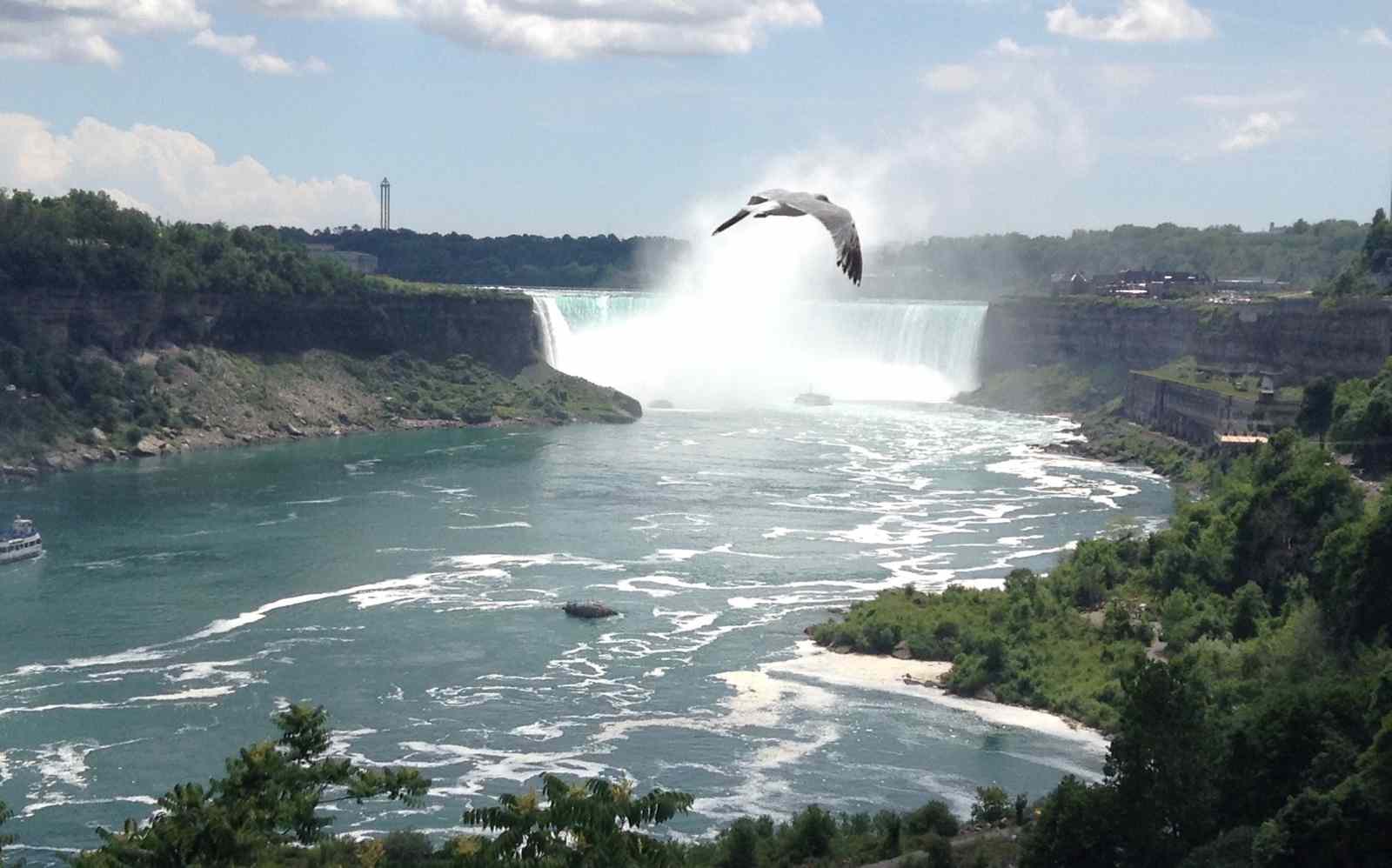 Water in the Great Lakes comes from thousands of streams and rivers covering a watershed area of approximately 520,587 square kilometres (or 201,000 square miles). The flow of water in the Great Lakes system move from one lake to another eastward, ultimately flowing into the Atlantic Ocean. Let’s track the journey of a water droplet from the furthest western point on Lake Superior.

Journey of a water droplet in the Great Lakes system


A single drop of water finds its way into Lake Superior either by rainfall or runoff. It takes more than two hundred years to make its way through the Great Lakes system and out to the Atlantic Ocean. 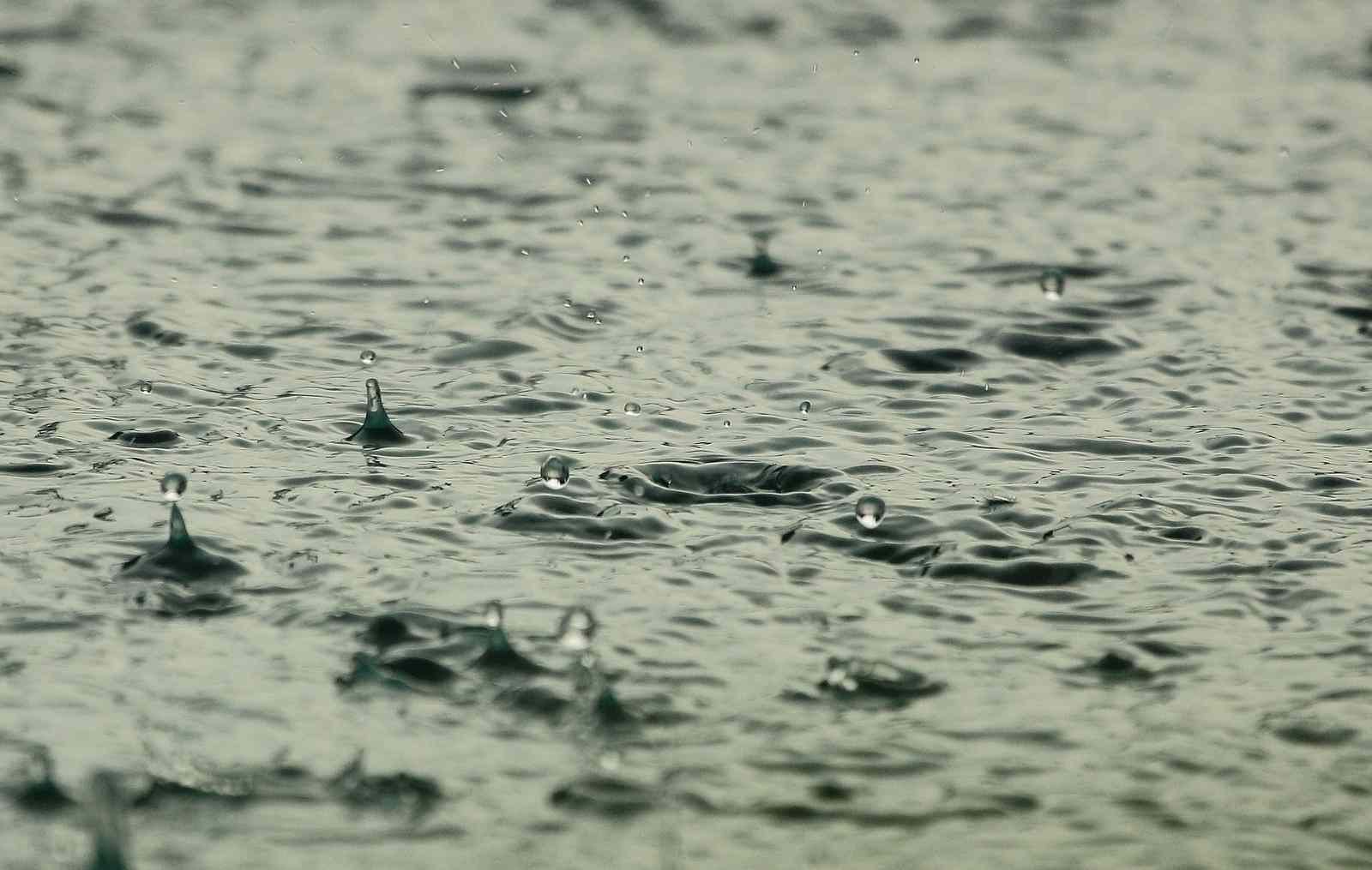 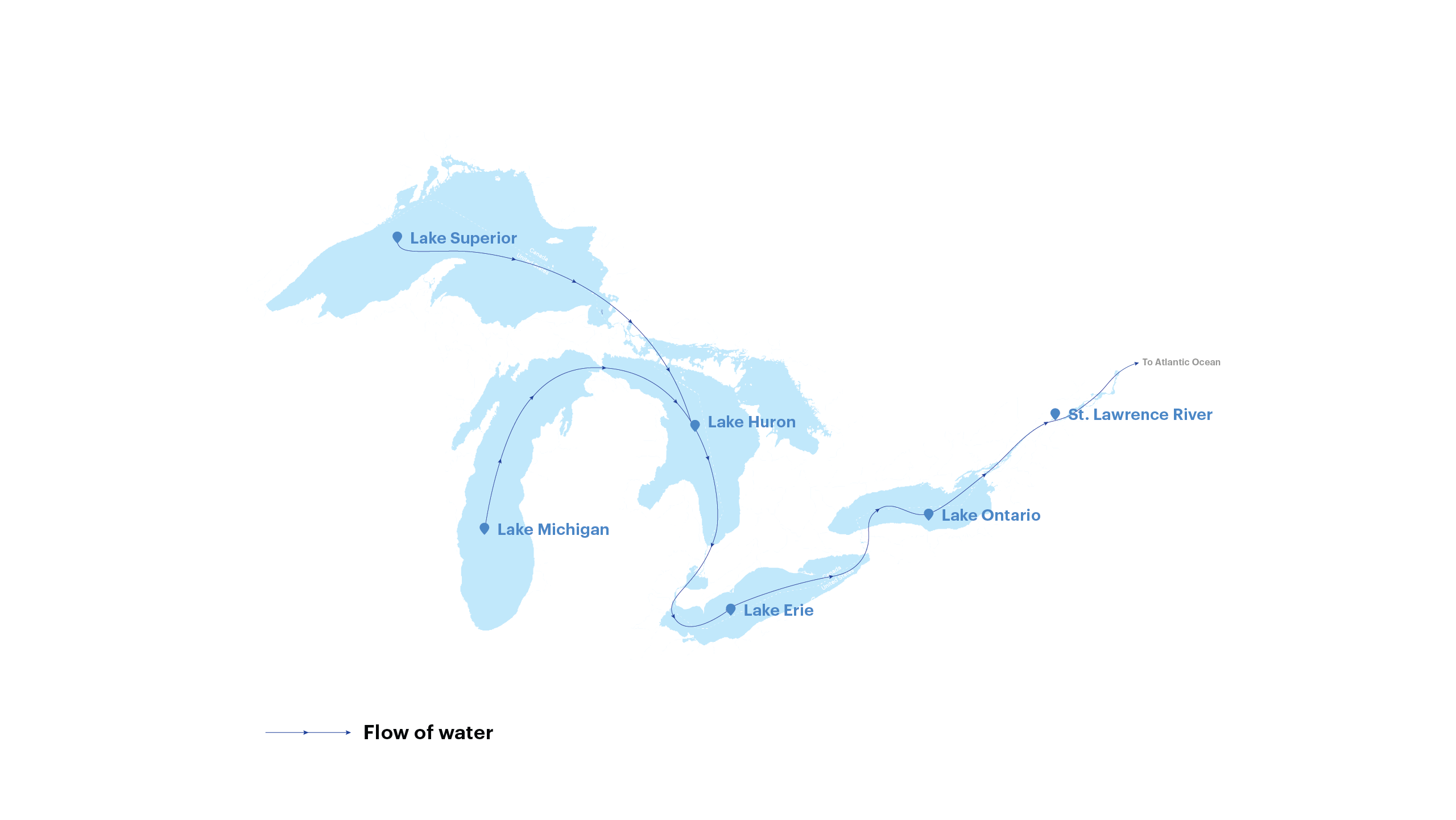 Lakes Huron and Michigan can be considered one big lake! Lake Huron and Lake Michigan are connected by the Straits of Mackinac, which is at the same elevation as the two lakes.

A droplet of water, at the end of its two century long journey, experiences a total elevation drop of approximately 182 meters (or 600 feet).

The Great Lakes’ connection to the ocean


We’ve now traced the path of a single drop of freshwater from Lake Superior all the way through the Great Lakes system and into the oceanic salt water of the Atlantic. The distance from the furthest port in Duluth, Minnesota to the Atlantic is 3,769 kilometres (2,342 miles). 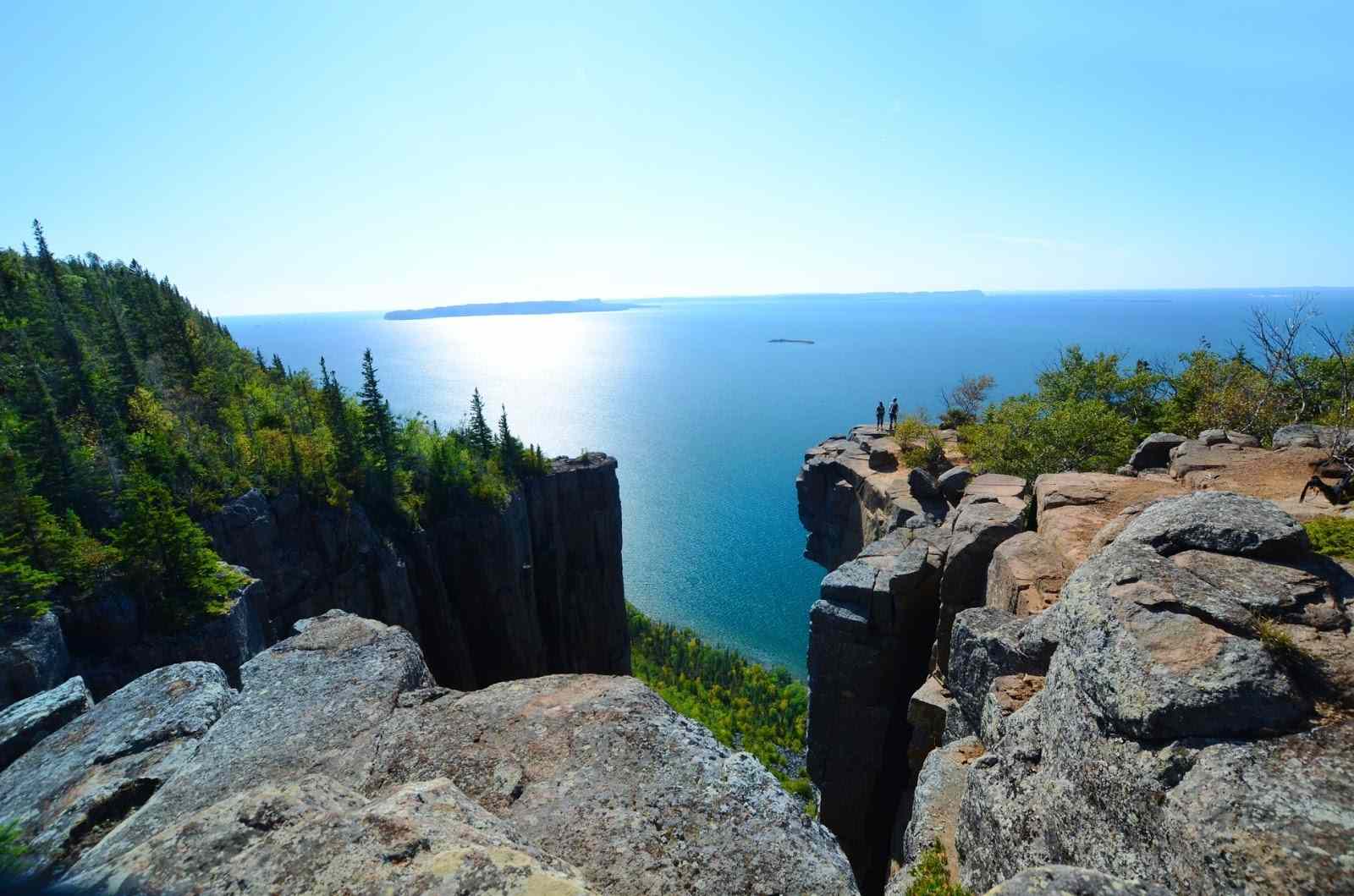 
We’ve seen how water travels across the Great Lakes through an intricate, interconnecting series of tributaries small and large, modest and majestic.

But here’s a fact that may be surprising: The Great Lakes are an essentially closed system.

Outflows from the Great Lakes are very small in comparison to their total volume: each year, less than 1% of the volume of the water in the Great Lakes flows out the St. Lawrence River. 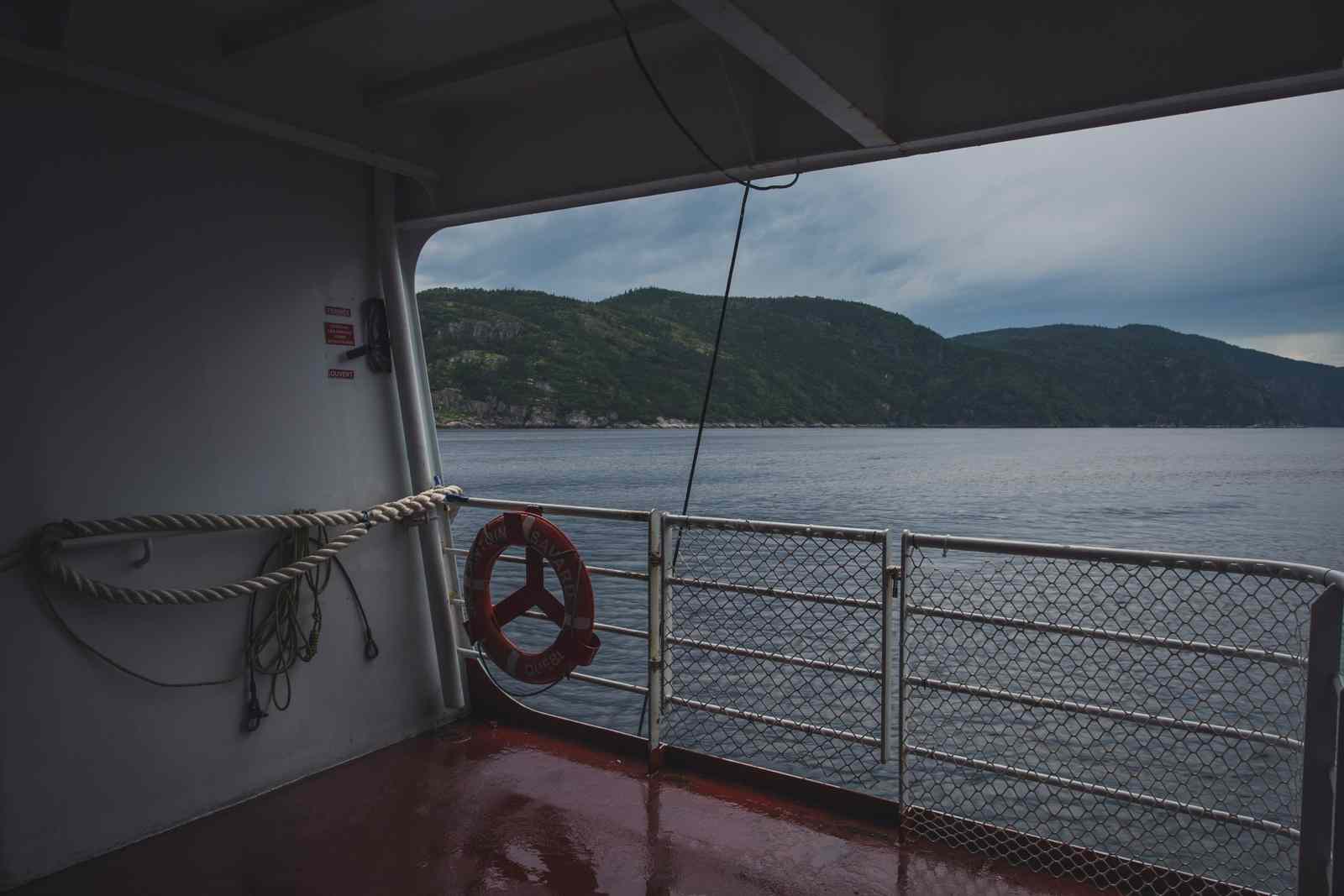 Compare this stat to that of an average lake, such as Lake Simcoe - where the total annual outflow is 900% the volume of water in the lake!

This means the Great Lakes are especially sensitive and vulnerable to certain risk factors, like pollution. Pollutants can (and do) travel from one lake to the next. They also tend to persist for long periods of time because water exits the Great Lakes at such a slow pace. 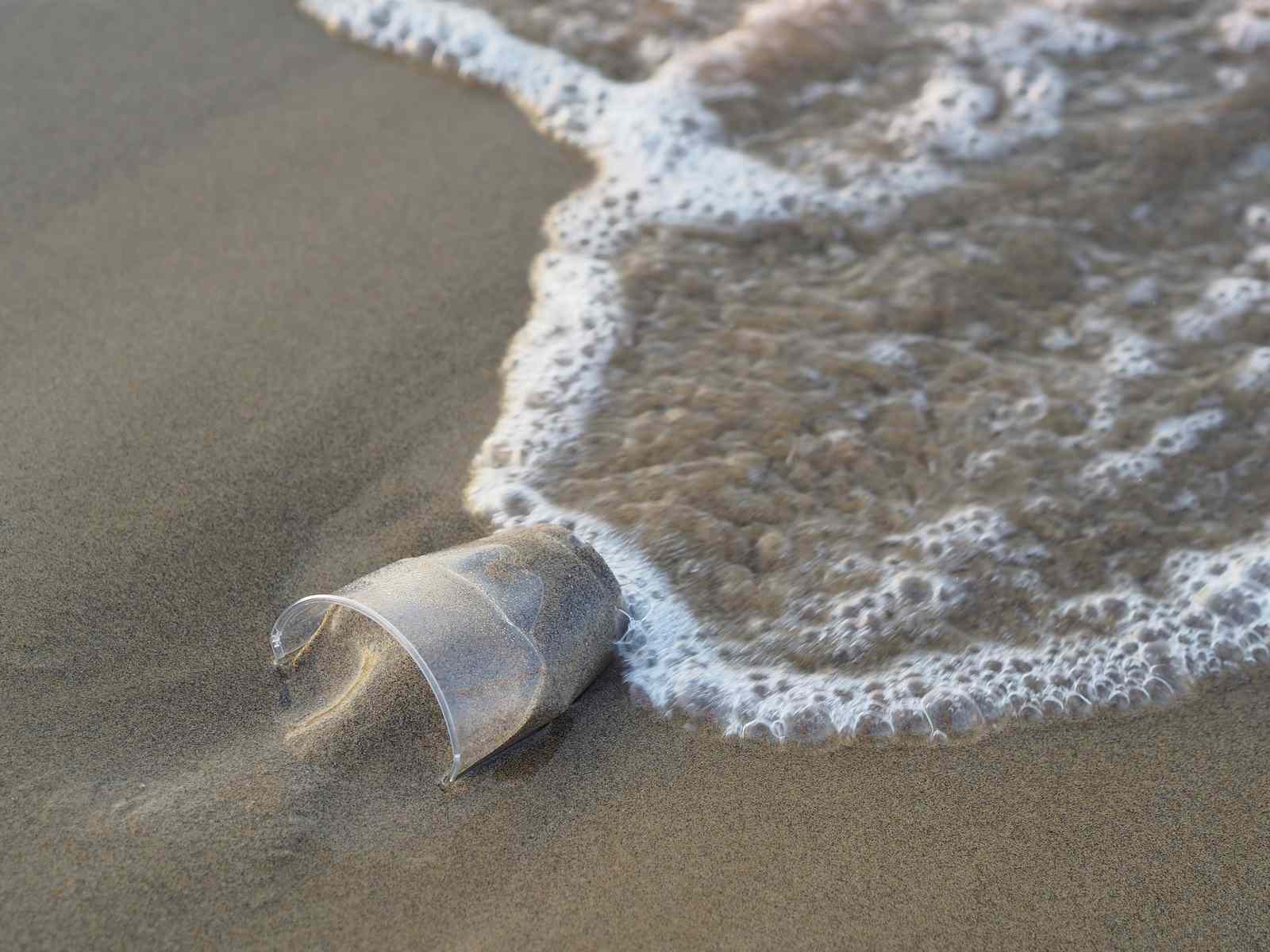 Perhaps what’s even more impressive than the flow of water through this complex interconnected system is how relatively little water actually leaves the Great Lakes Watershed each year. Great Lakes water is only replenished by 1% annually; the remaining 99% is a one-time gift from melting glaciers.

So when you’re out there on the water, take a moment to drink in the sheer size, depth, and power of the Great Lakes. Soak it all in and, as they say, go with the flow.