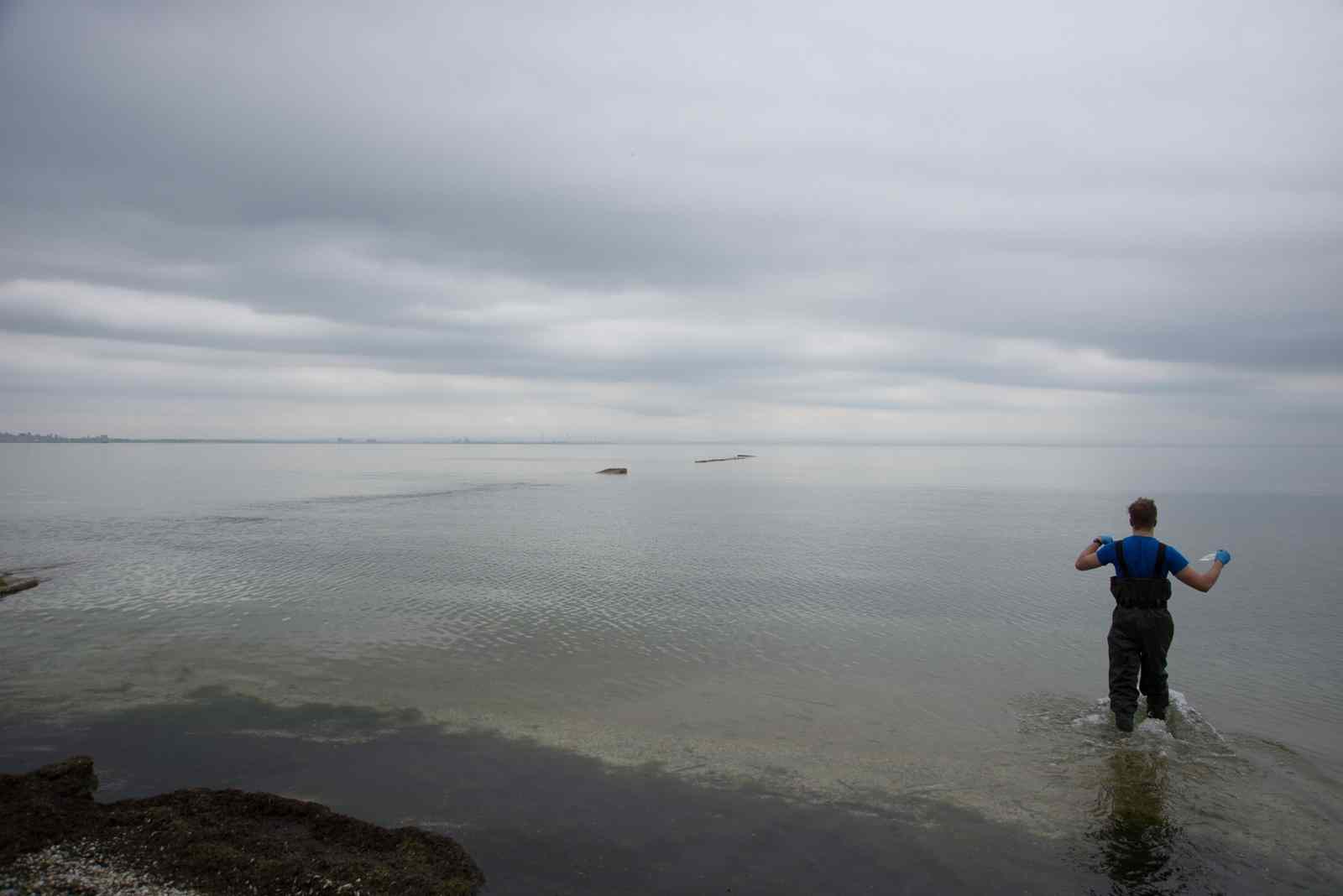 
About the Lake Erie-Niagara Monitoring Hub


The Lake Erie-Niagara Monitoring Hub was established in the spring of 2019. The hub monitors the recreational water quality at three sites along the Lake Erie, North Shore. This hub is one of Swim Drink Fish’s monitoring hubs. It was established thanks to funding from Environment and Climate Change Canada’s Great Lakes Protection Initiative.

The monitoring hub project funding was announced at an event in 2018 at Gravelly Bay. Gravelly Bay is now one of the three locations that the Lake Erie - Niagara Hub monitors. 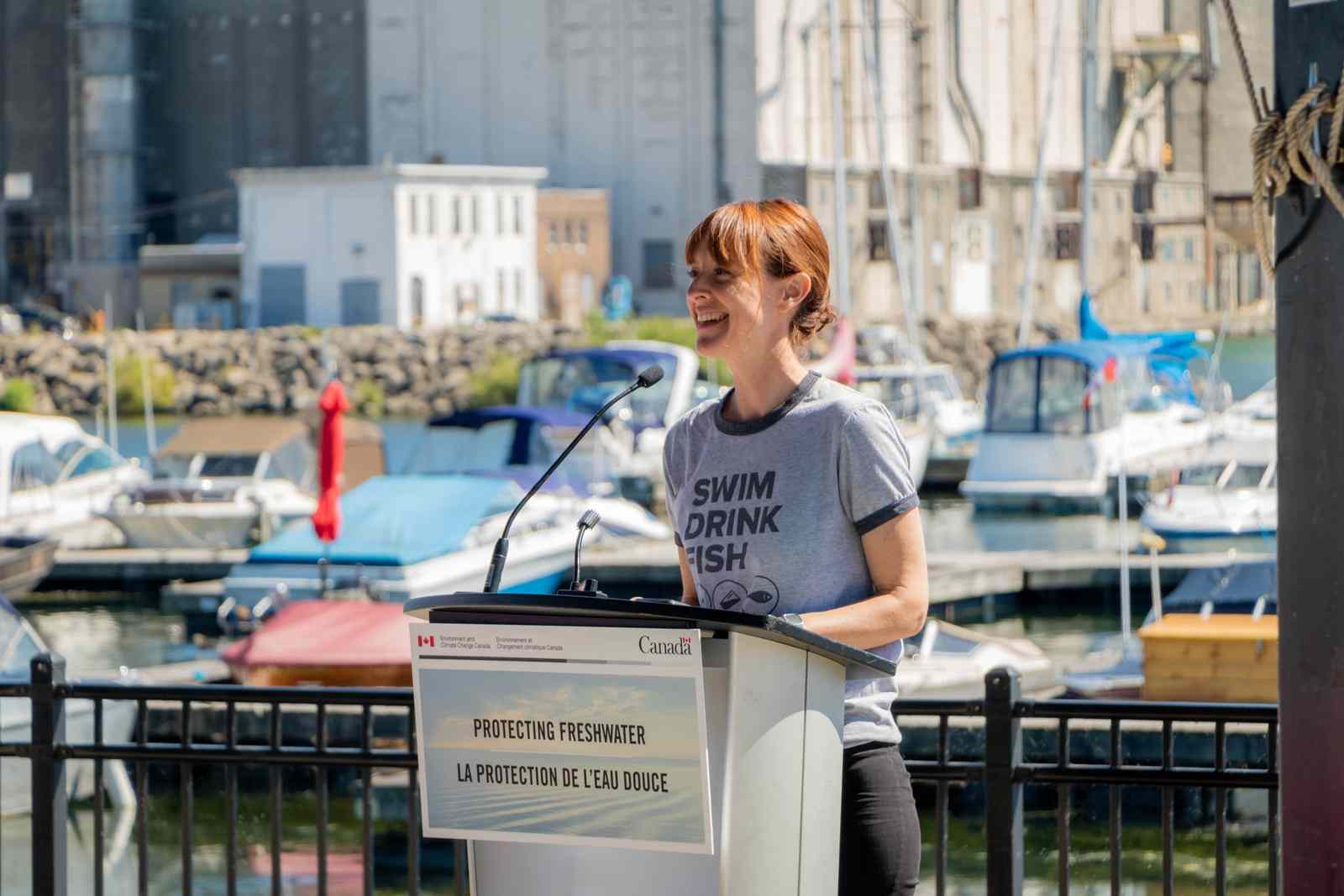 The Niagara region shares its shoreline with two Great Lakes: Lake Erie and Lake Ontario. The Lake Erie-Niagara Hub focuses its efforts on the shallowest and warmest Great Lake (hint: it’s in the name).

Who works with the monitoring hub?


The Niagara Coastal Community Collaborative (‘The Collaborative’) hosts the Lake Erie-Niagara Hub. The Collaborative was established in the fall of 2017, and focuses its efforts on the group’s three ecological priorities: habitat and species, healthy beaches, and nature based shorelines.

The Collaborative connects local knowledge, engagement, and action to facilitate a healthy and resilient coastal ecosystem that will also support the community’s economic, recreational, and spiritual needs. 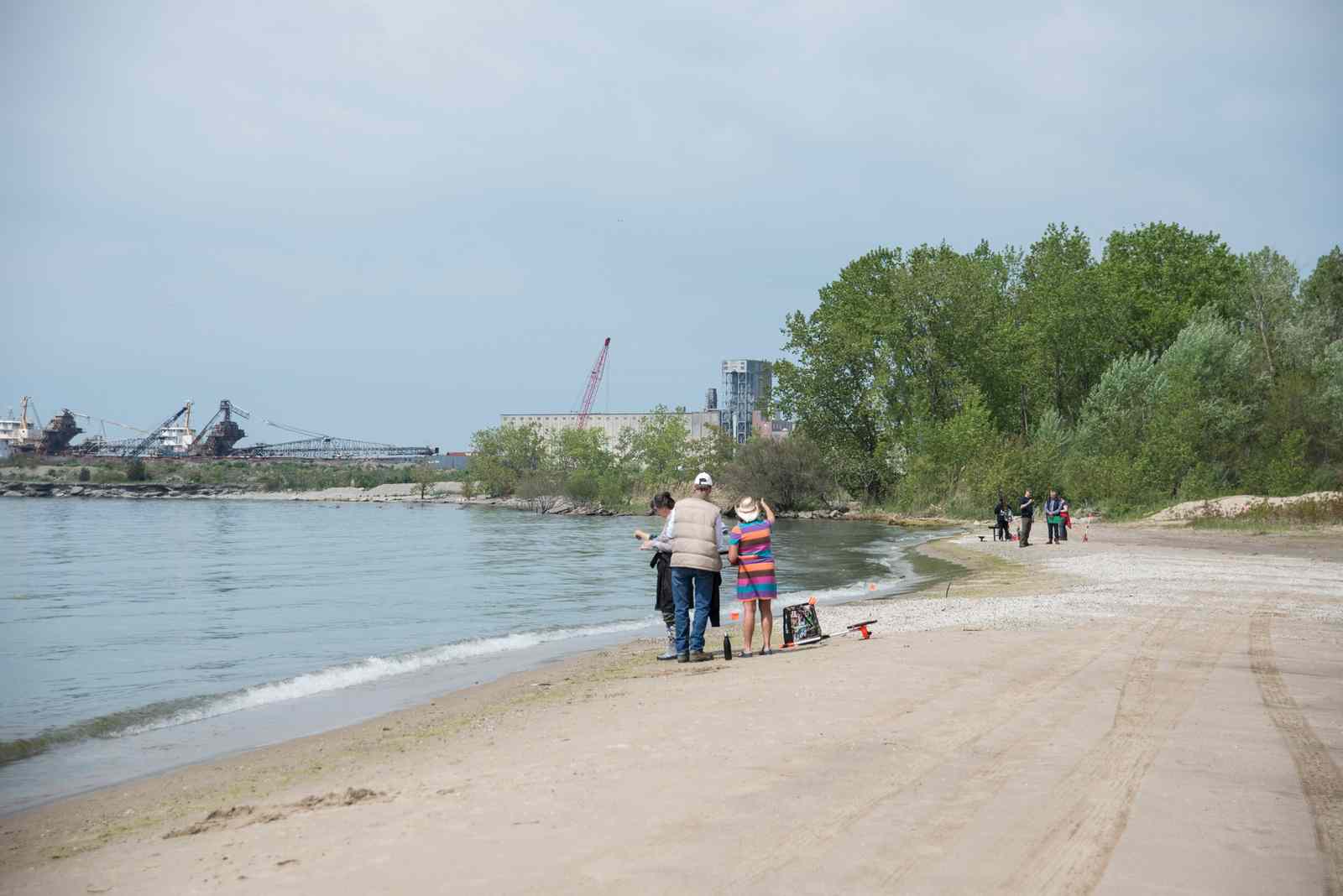 The Collaborative is a partnership between different groups - with representatives ranging from local community groups to government departments at local, provincial, and federal levels - all working along the Lake Erie coast.

The Collaborative provides guidance and knowledge to the hub. They know about areas where people swim, boat, and fish but are not currently monitored (or are under-monitored) by municipal or regional recreational water quality monitoring programs. The Collaborative members are also familiar with places that are important to their community and that may be vulnerable to pollution. 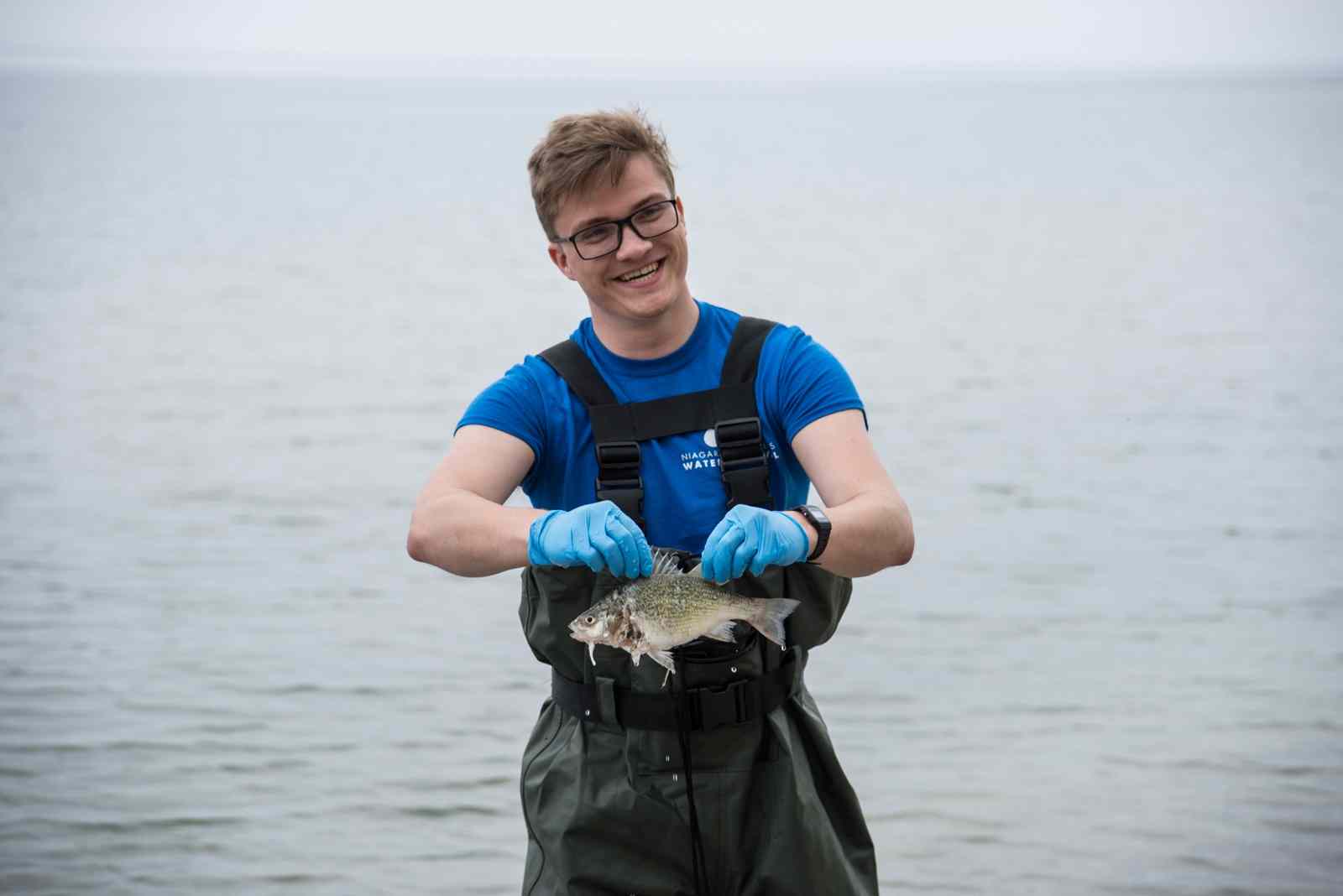 During the 2019 monitoring season, Gregary was assisted by volunteer citizen scientists to monitor three locations along the North Shore of Lake Erie.

”It's important for the community here to be informed about water quality so that they know where, when and how to access the water in the safest way possible.”

Niagara has a lot of water; two Great Lakes stretching along hundreds of kilometers of shoreline. It's a lot of water to monitor, and sometimes certain areas get missed. Citizen science helps to fill in some of those data gaps and provides an invaluable service to the Niagara community.

Being involved as citizen scientists means that these individuals are becoming stewards of their water. As stewards, they gain skills, stay active, and develop a deeper connection to the waters they are working to protect. These bodies of water go from being ‘the Great Lakes’ to ‘our Great Lakes’.” 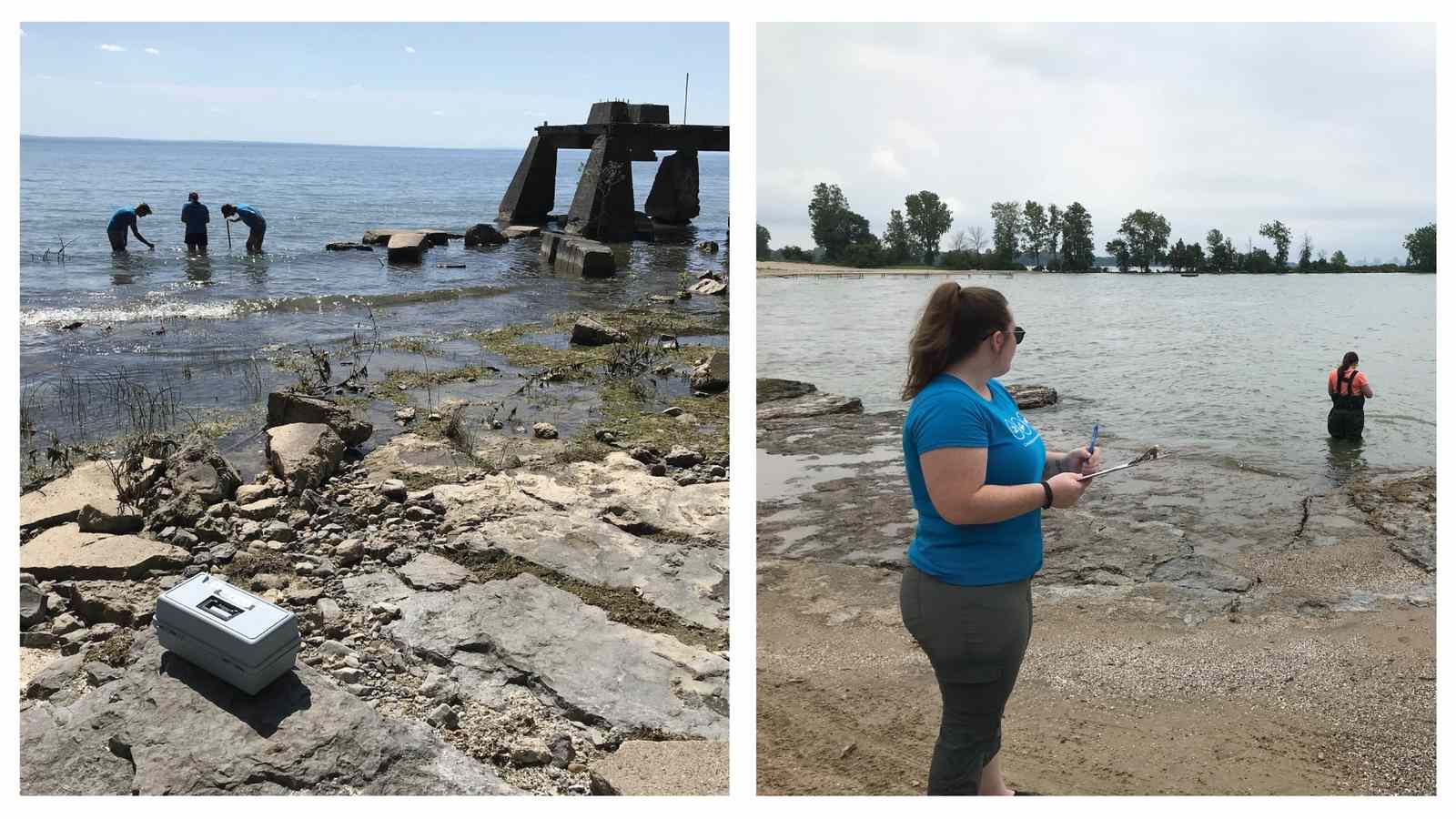 
How is the water monitored?

Following the provincial standard, the hub monitors the water for E. coli. E. coli is a bacteria found in the intestines of warm blooded animals. In other words, E. coli is found in the feces (poop) of humans or other mammals. High levels of E. coli in the water means feces from sewage is present, along with other harmful contaminants found in sewage and stormwater. High levels of E. coli can put our health at risk.

During the sampling season (June to September), once per week the team heads out with their sampling gear to collect a minimum of five samples at three locations. They also conduct extensive field surveys each time they sample, collecting data on environmental parameters, weather, wildlife and people using the water. 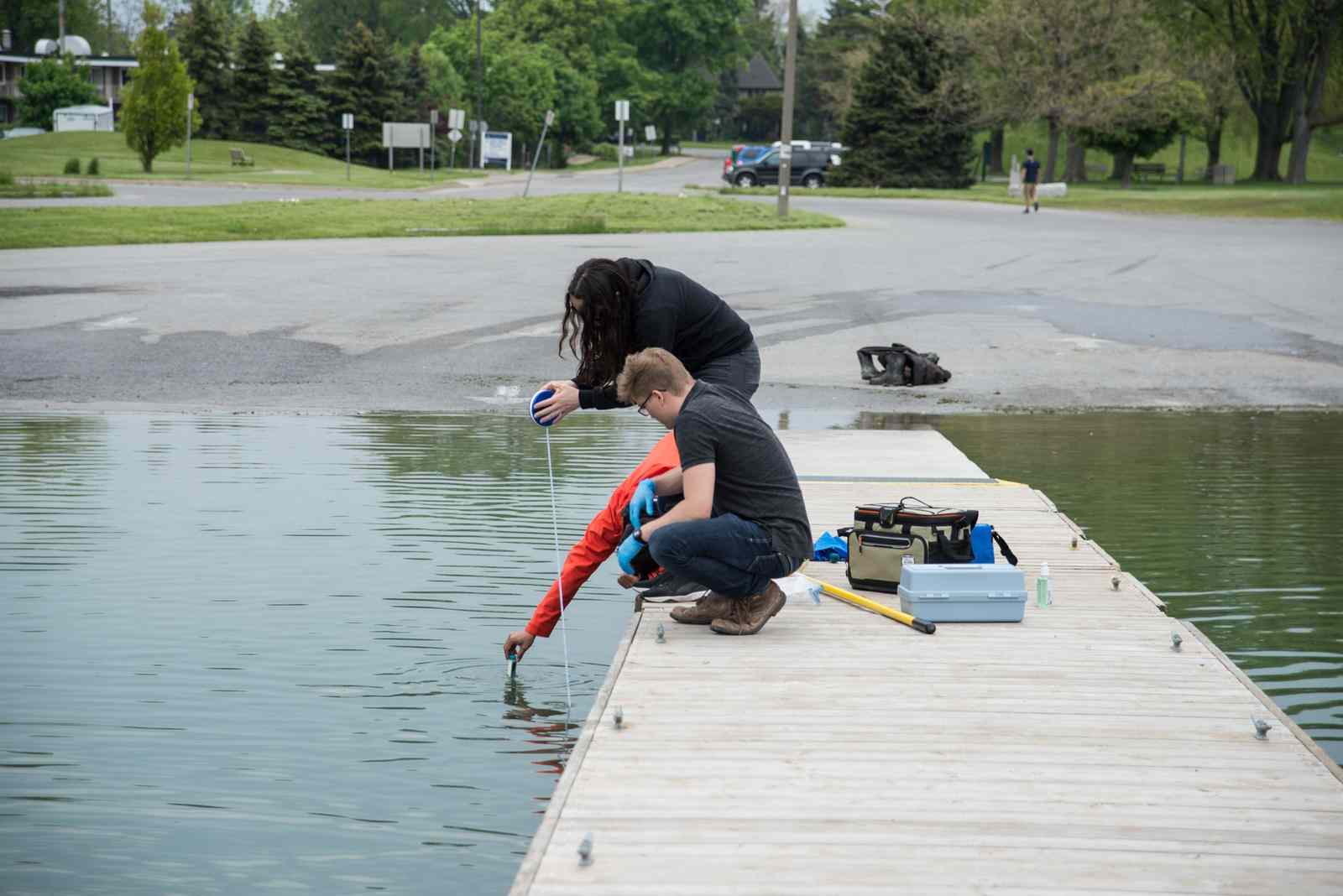 Recording depth and temperature of the water while monitoring. Credit: Jessica Gordon

The team goes sampling, rain or shine. However, (keeping to safety protocols) they hold off if there is any lightning or thunder. 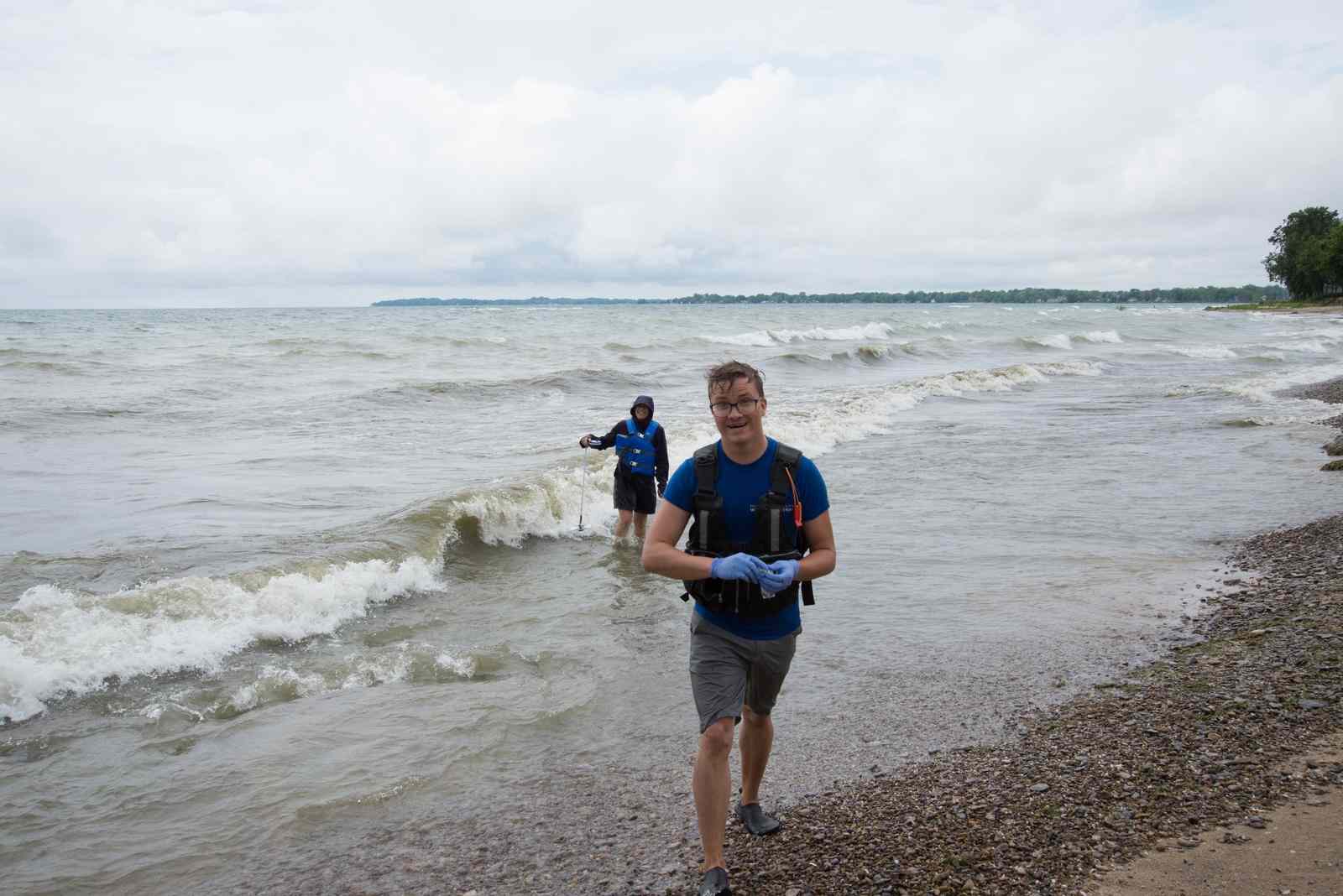 The team then returns to the lab where the samples are processed. The Lake Erie-Niagara Hub lab is hosted at Niagara College's Niagara-on-the-Lake Campus. The College is also a member of The Collaborative. 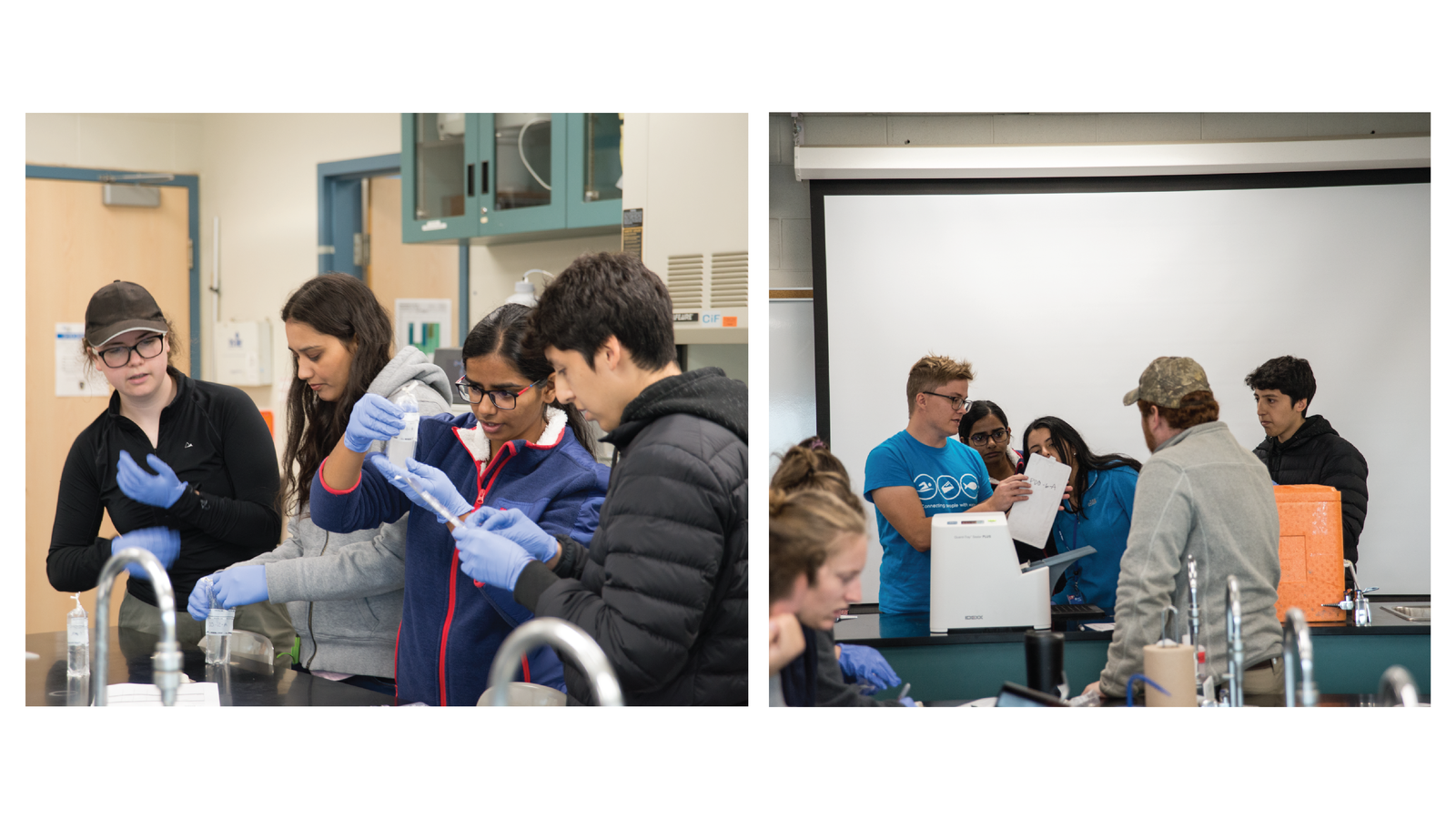 Gregary in the hub’s lab, teaching Niagara College Ecosystem Restoration Students how to process the samples they collected with the hub earlier that morning. Credit: Jessica Gordon

After the samples are processed, they are incubated for twenty-four hours. The samples are then analyzed and the sample results are posted to Swim Guide. The public can access the results via the Swim Guide app (iOS and Android) or Swim Guide website. The raw open data set is available through Swim Drink Fish’s open data portal.

Learn more about how the hub monitors and processes samples.

Where exactly does the hub monitor water quality? 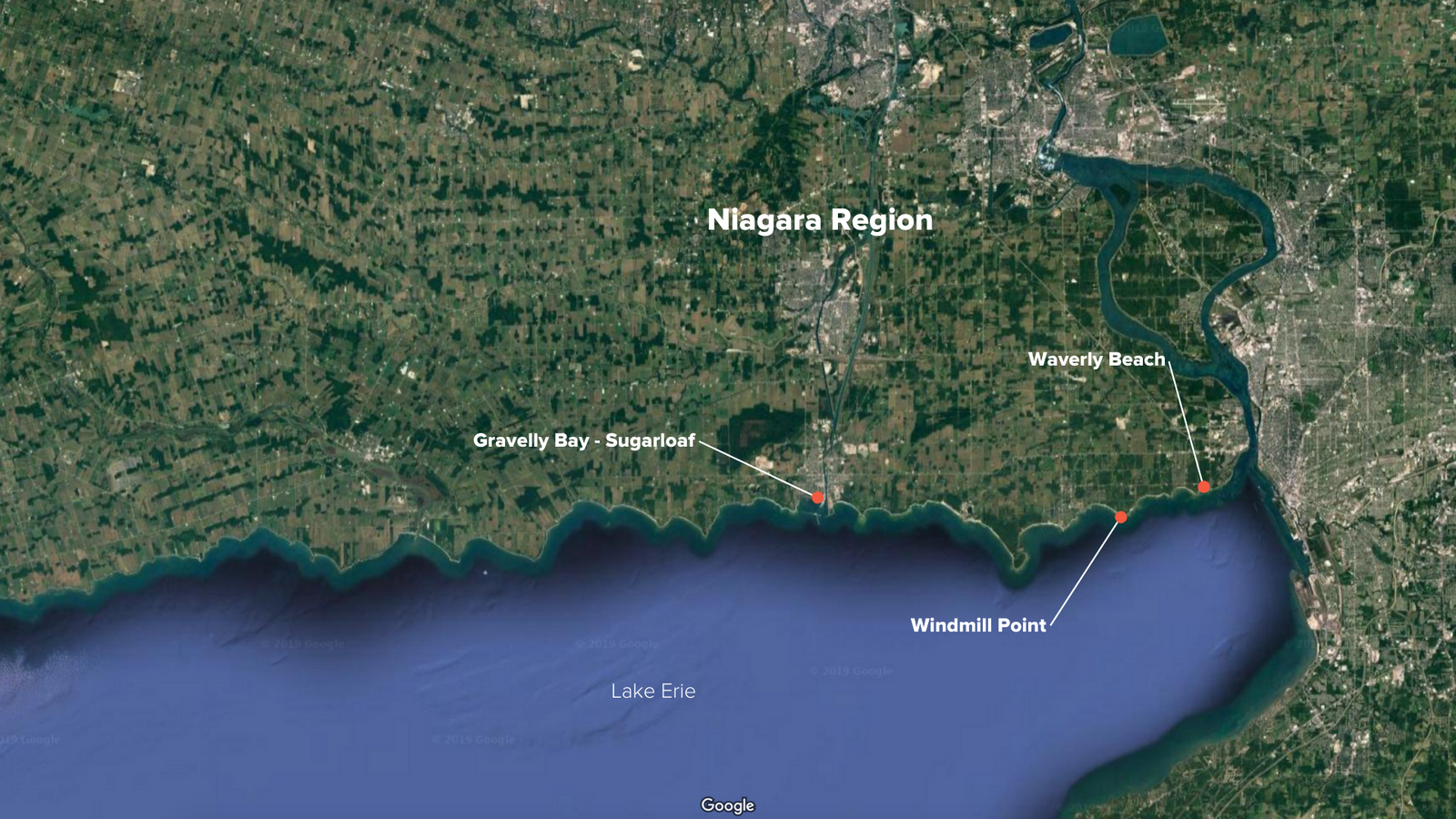 Part of Waverly Beach is situated in the remnants of ‘Erie Beach Park’, a defunct amusement park that was open from 1885-1930. Walking through the modern day park on Friendship Trail, you can see what remains of the promenade, the dance hall, and the ‘world’s largest swimming pool’. 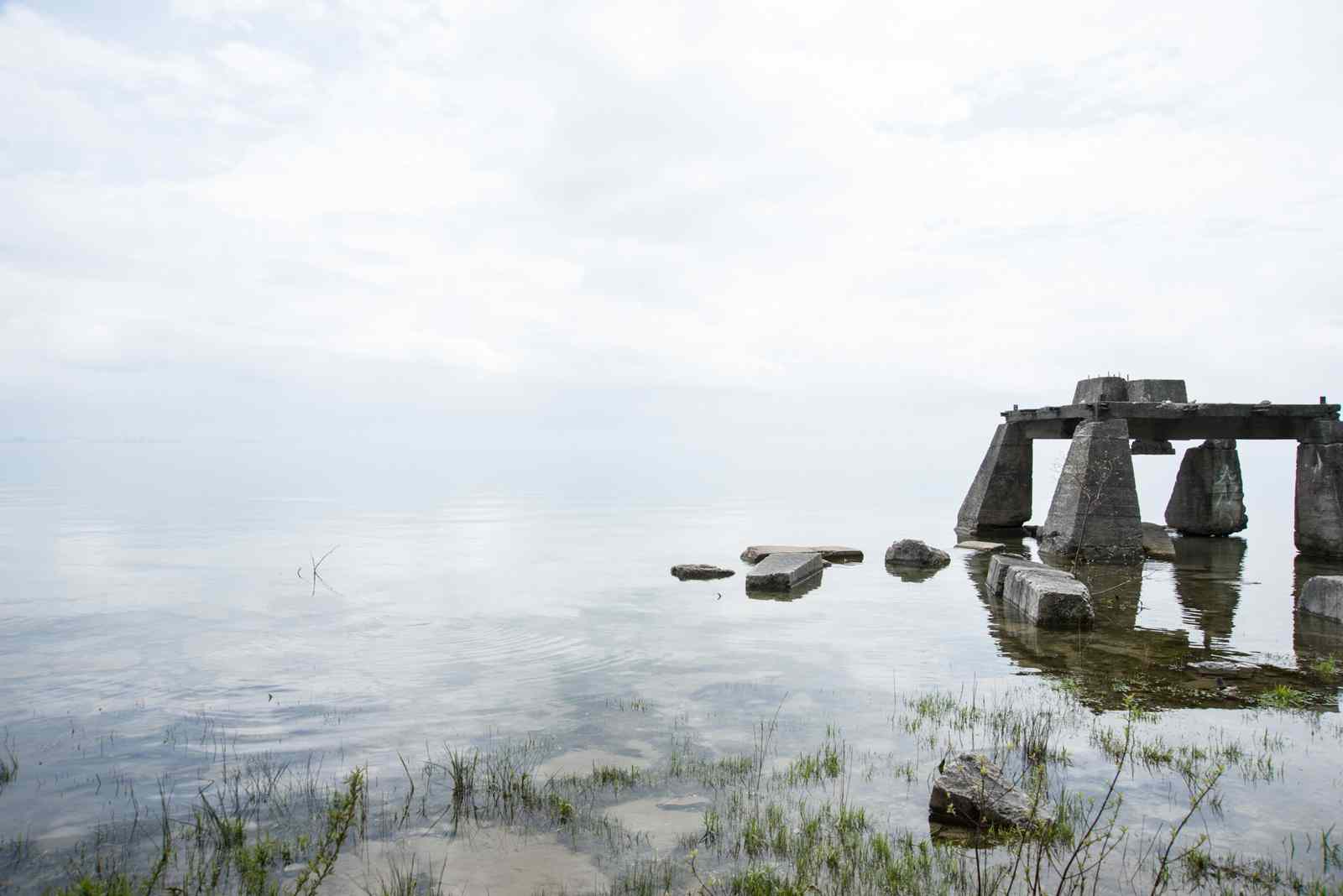 A section of this beach is also sampled by Niagara Region Public Health, the results of which can be found here on Swim Guide. The Lake Erie-Niagara Hub samples outside the areas already sampled by the public health unit. 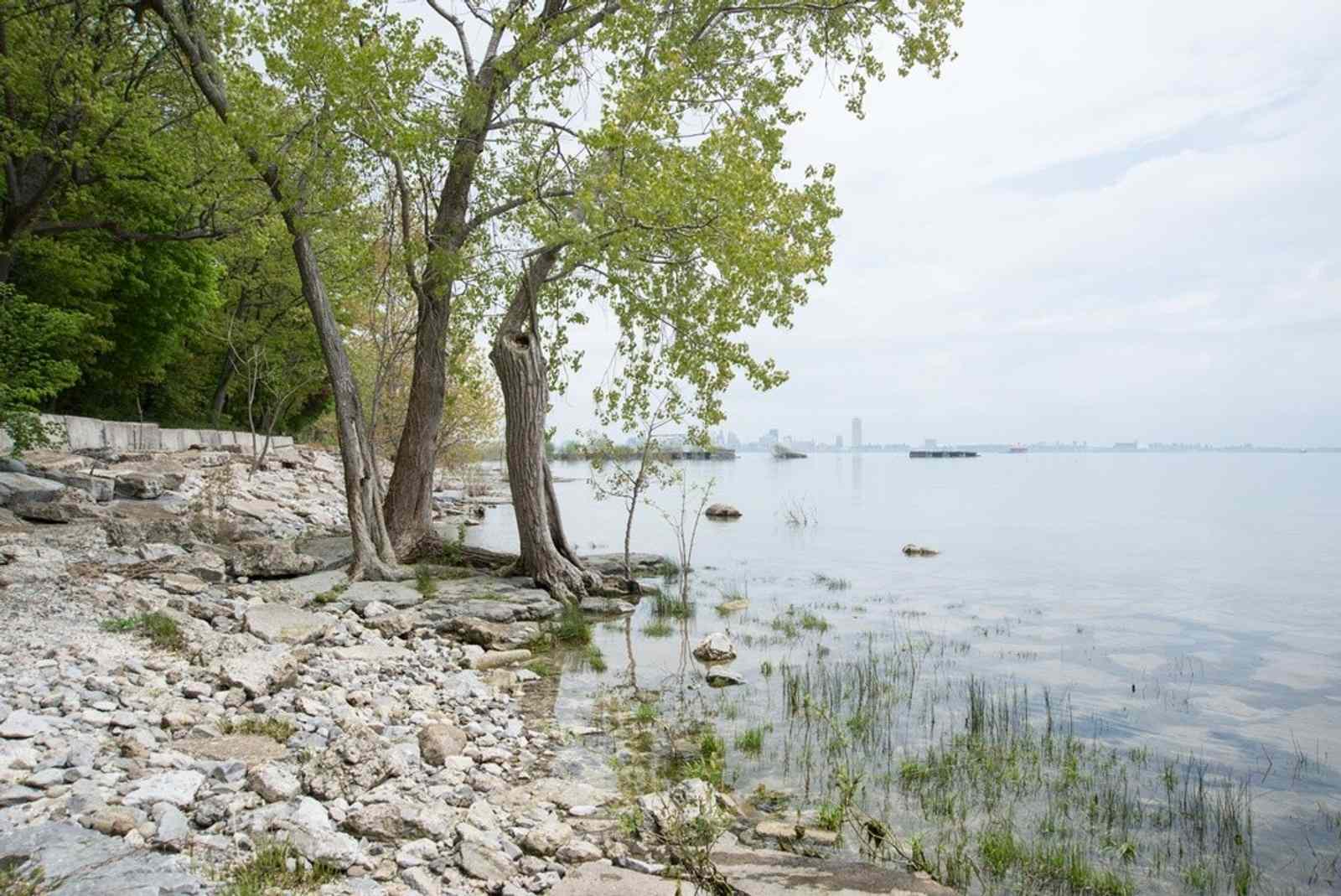 A lot of the Waverly Beach shoreline between Kraft Drain and Waverly Beach Park is privately owned through ‘water lots’ that were issued by the city of Fort Erie. These water lots are no longer issued, and public road allowances now provide public access to the Lake. These public road allowances are sampled because they are some of the very few locations where the public can access Lake Erie in the area. These access points are known in Fort Erie as ‘Windows to the Lake’. 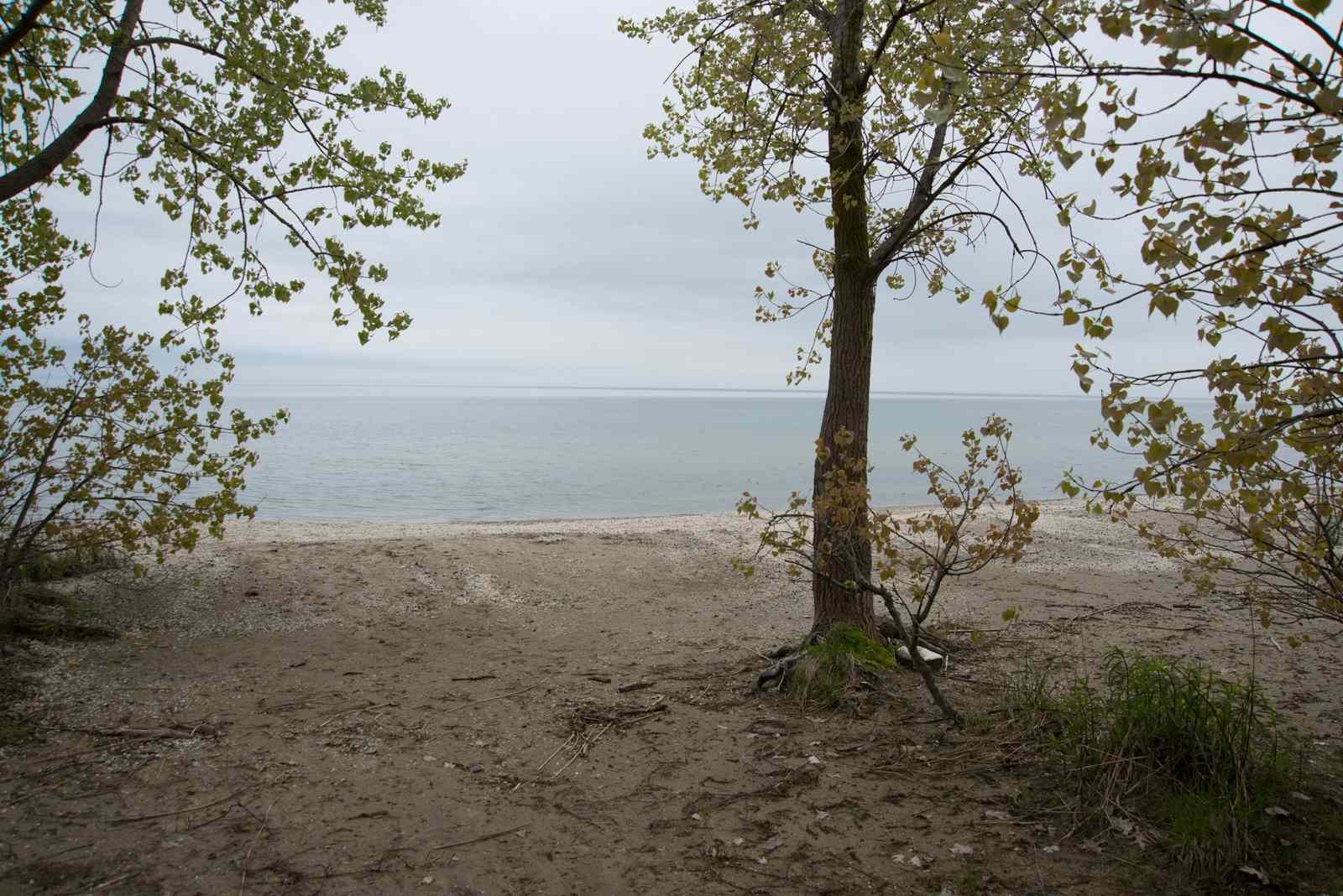 Located near Windmill Point Park, this beach is an excellent place to see the raw beauty of Lake Erie. It is also known as a ‘Window to the Lake’, and here there is a public road allowance to access one of the few stretches of public coastline in Fort Erie.

Few people know that Windmill Point Beach is public. The Lake Erie-Niagara Hub samples here so more people know this is somewhere they can access the water. This also allows the hub to provide information to the people who live in the area and swim at the beach regularly. 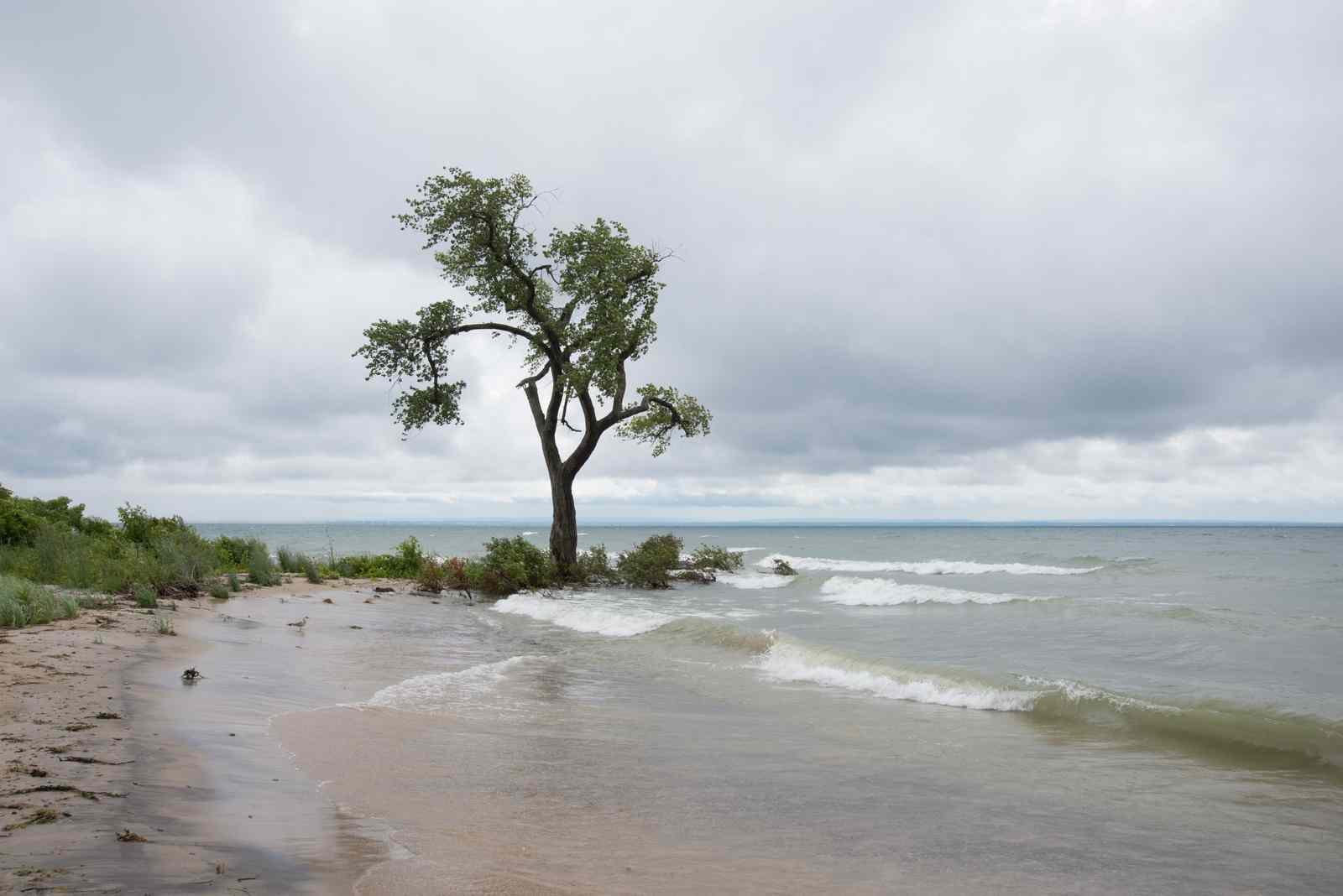 This shoreline is a habitat for the Fowler’s Toad. The bedrock beach is a unique alvar ecosystem and home to a breeding population of the species, which currently has an endangered status in Ontario. 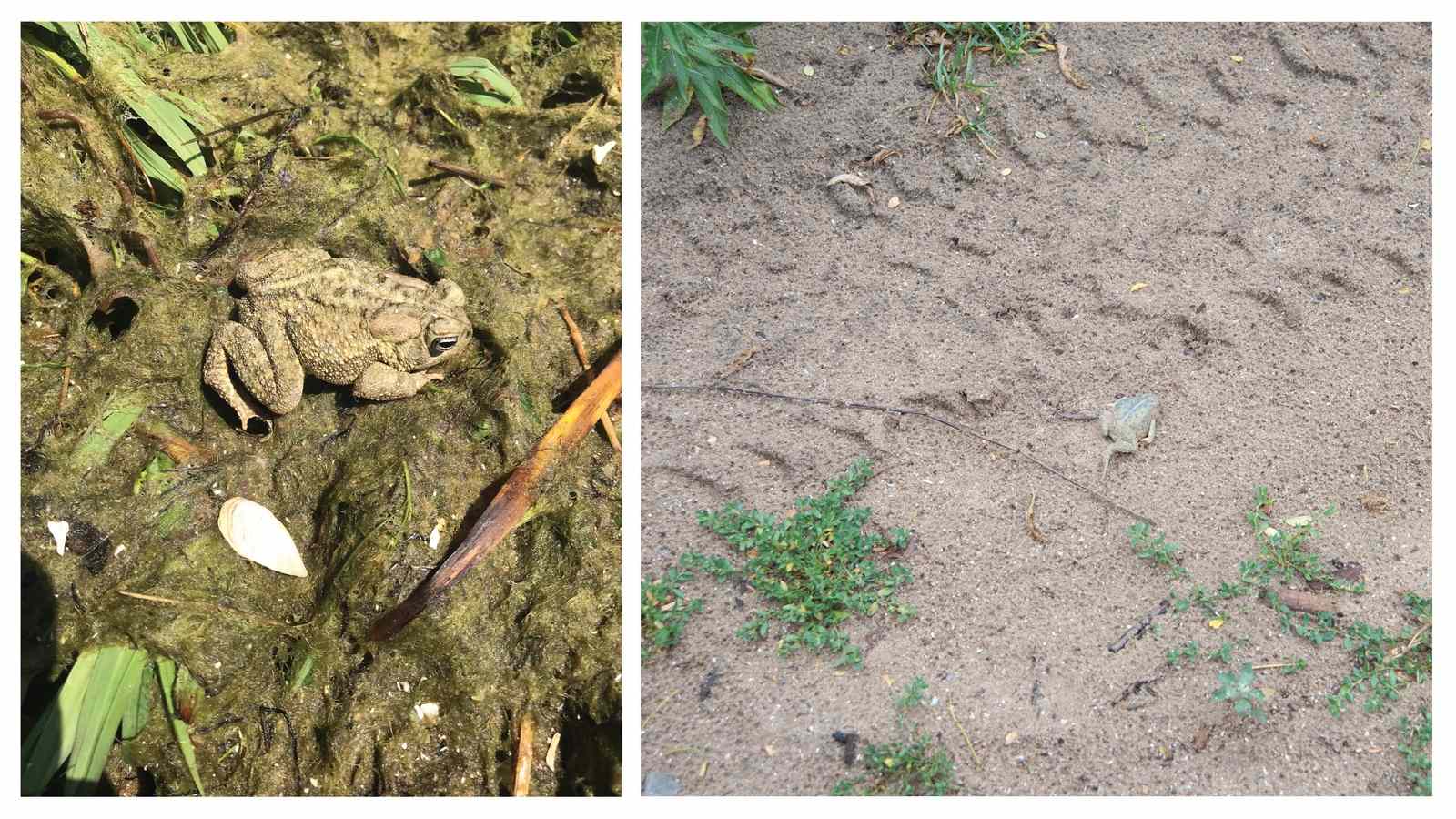 Gravelly Bay - Sugarloaf sits at the southern end of the Welland Canal, near downtown Port Colborne and H.H. Knoll Lakeview Park. The waters here have been important to the community for a long time. In fact, the City of Port Colborne’s former name was ‘Gravelly Bay’. 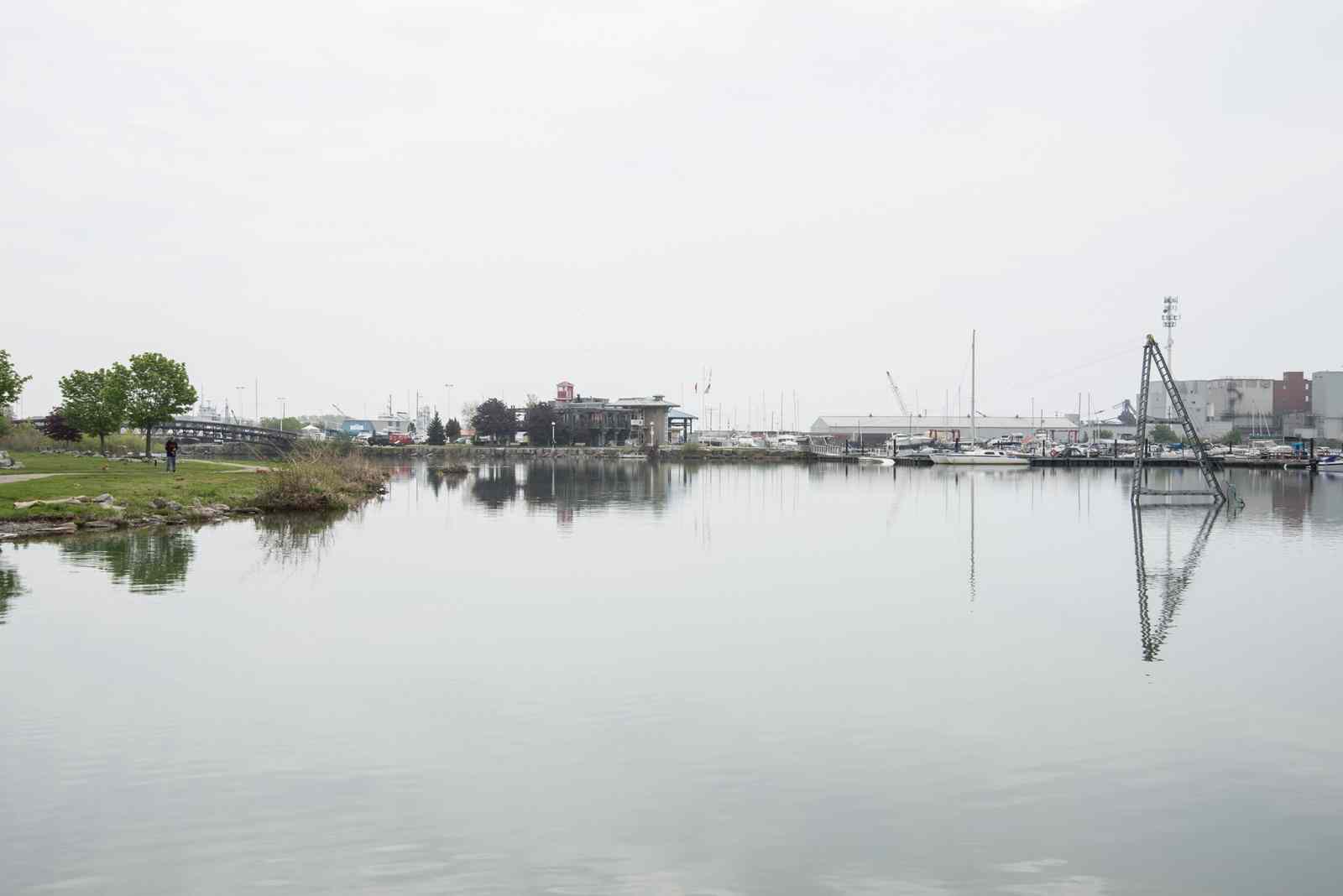 This is a very popular destination for boating, fishing, wakeboarding, and other watersports. There are a number of options for boat and paddling rentals, classes, and excursions here. The park offers great views of the marina and the lake. The park is also a major attraction during Port Colborne’s annual Canal Days celebrations

Visitors with a keen eye can expect to see a variety of wildlife, including snapping turtles and blue herons. 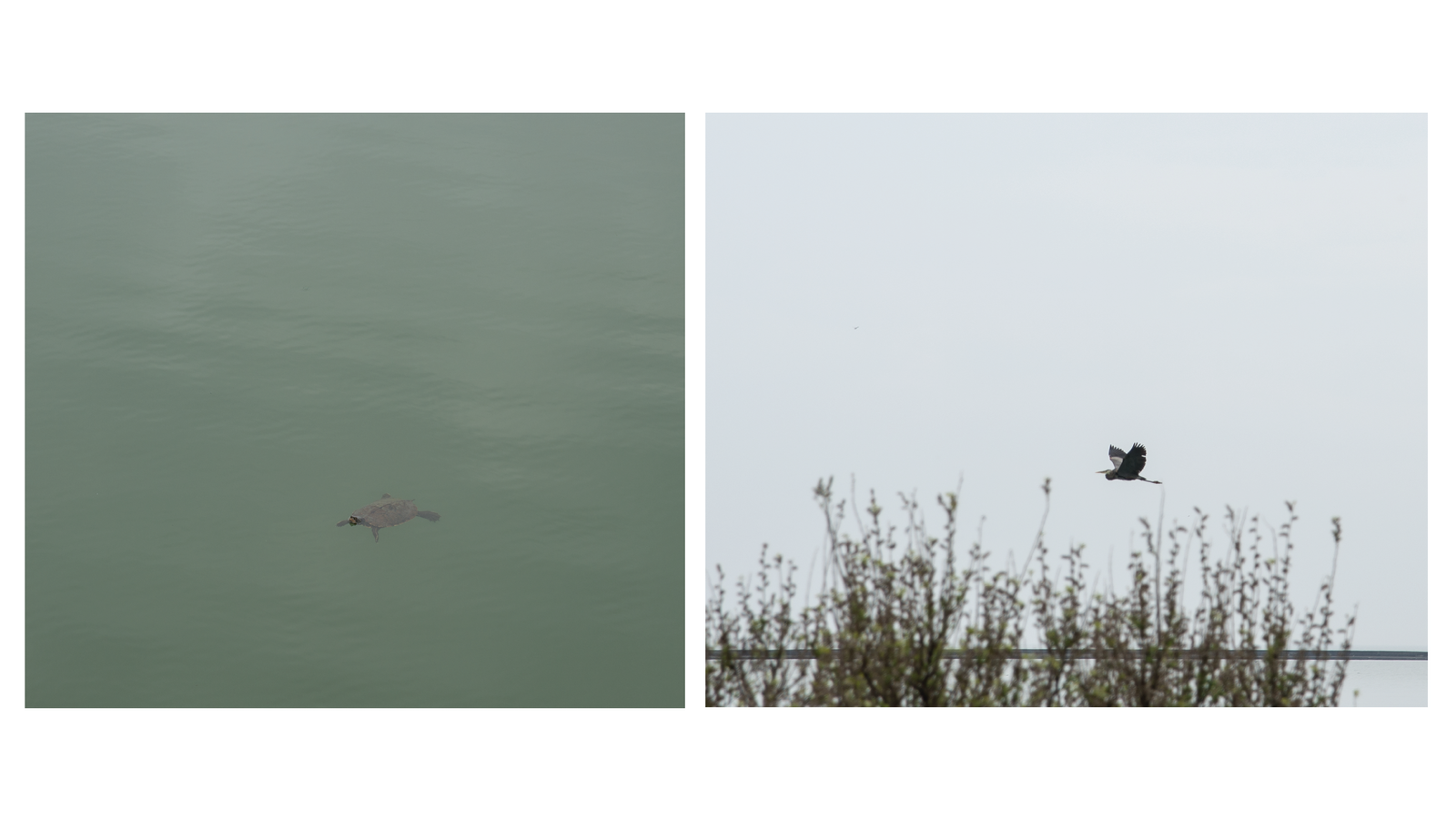 The growing popularity of the Gravelly Bay - Sugarloaf was one of the reasons it was chosen for monitoring. Here are some frequently asked questions that provide more information about this location and about sampling in general. 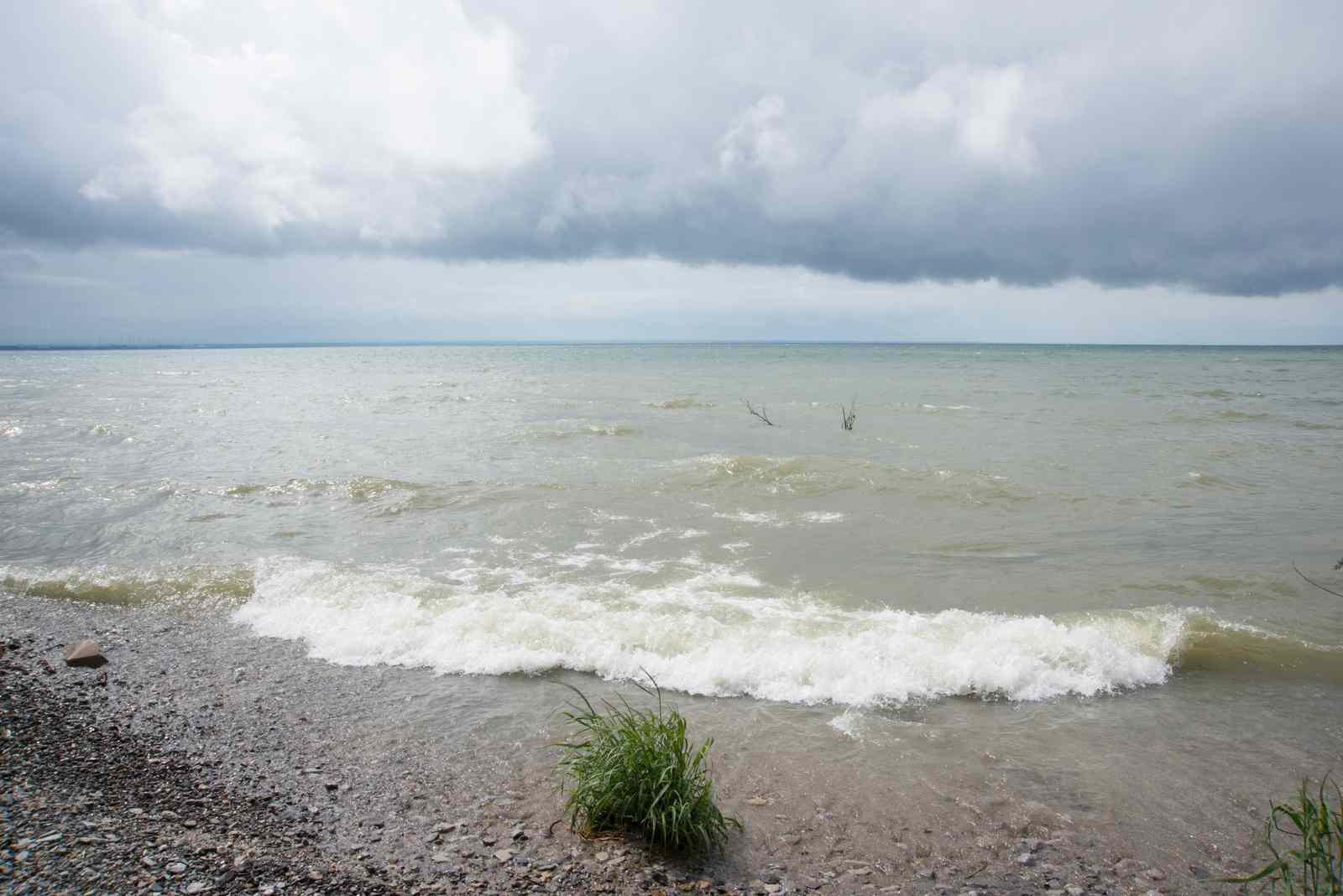 You can learn more about the Lake Erie - Niagara Hub or find out how you can get involved by reaching out to them.

Read Citizen Science in the Great Lakes for more about how the project came to be.

Learn about the Toronto Hub