Seeing beauty isn’t the same thing as feeling it.

There’s a difference between recognizing the splendour of sparkling water in a photograph and being touched by its brilliance. You can watch the sunset from your window, but that won’t come close to being struck by its reflection, rippled onto a lake in an impressionist masterpiece. 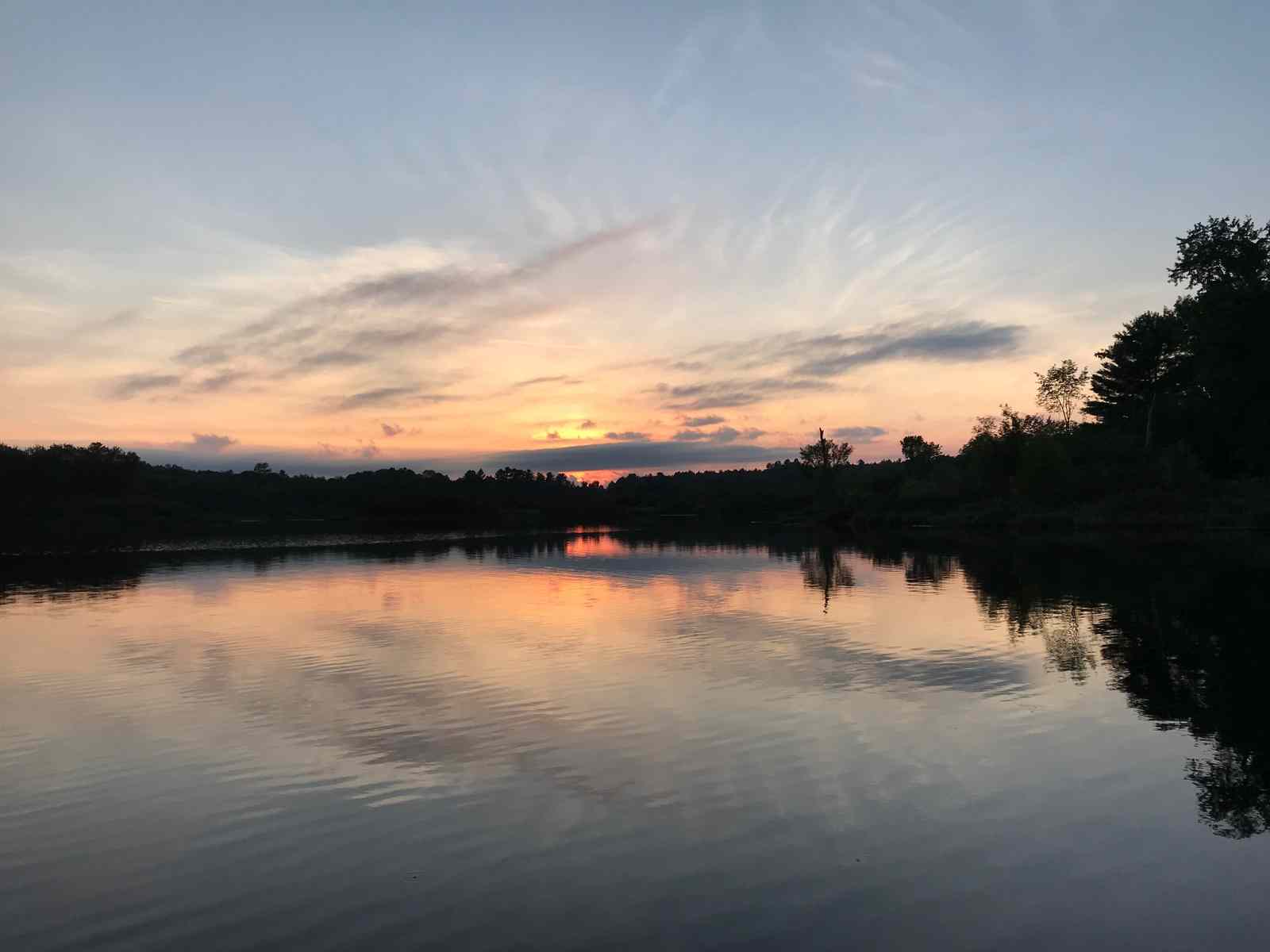 After a very long summer in lockdown, I finally felt beauty again on the shores of Lake Huron.

To say it’s been a difficult year would be an understatement. You’ve probably heard enough talk about “these unprecedented times” to last a lifetime, so I’ll say this instead:

Being in lockdown, my own life became small. It was confined within four walls that seemed to creep closer every day. My thoughts were my only company, and they weren’t always kind companions. I woke up, I worked, I went to sleep. I lost touch with the world around me as well as with myself.

Reconnecting with nature reminded me who I was and what I loved.

When I sought out the lush woods and vast lakes that have always been a part of me, I relearned what happiness felt like. 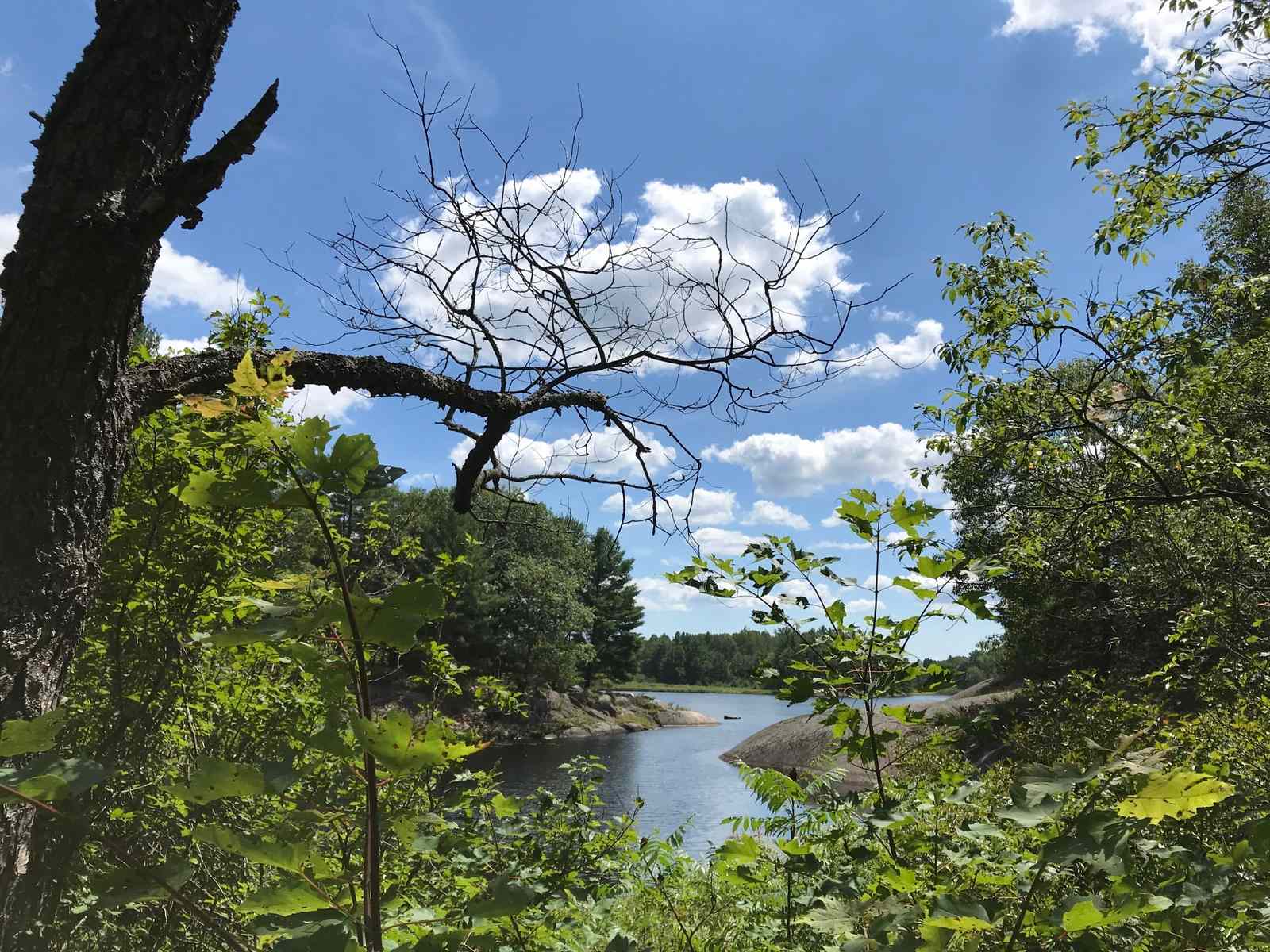 Happiness feels like being enveloped by a forest teeming with life.

Happiness feels like hot sand between your toes, soothed by cool water as waves roll into shore.

Happiness feels like the earth beneath your feet, the wind whirling your hair around, the sun warming your face.

But relearning happiness wasn’t as easy as simply stepping outside. I had to engage with my surroundings before they could revive me. The best advice I received at the beginning of lockdown was this: “Notice things. Notice the birds, notice the trees, notice the water.” 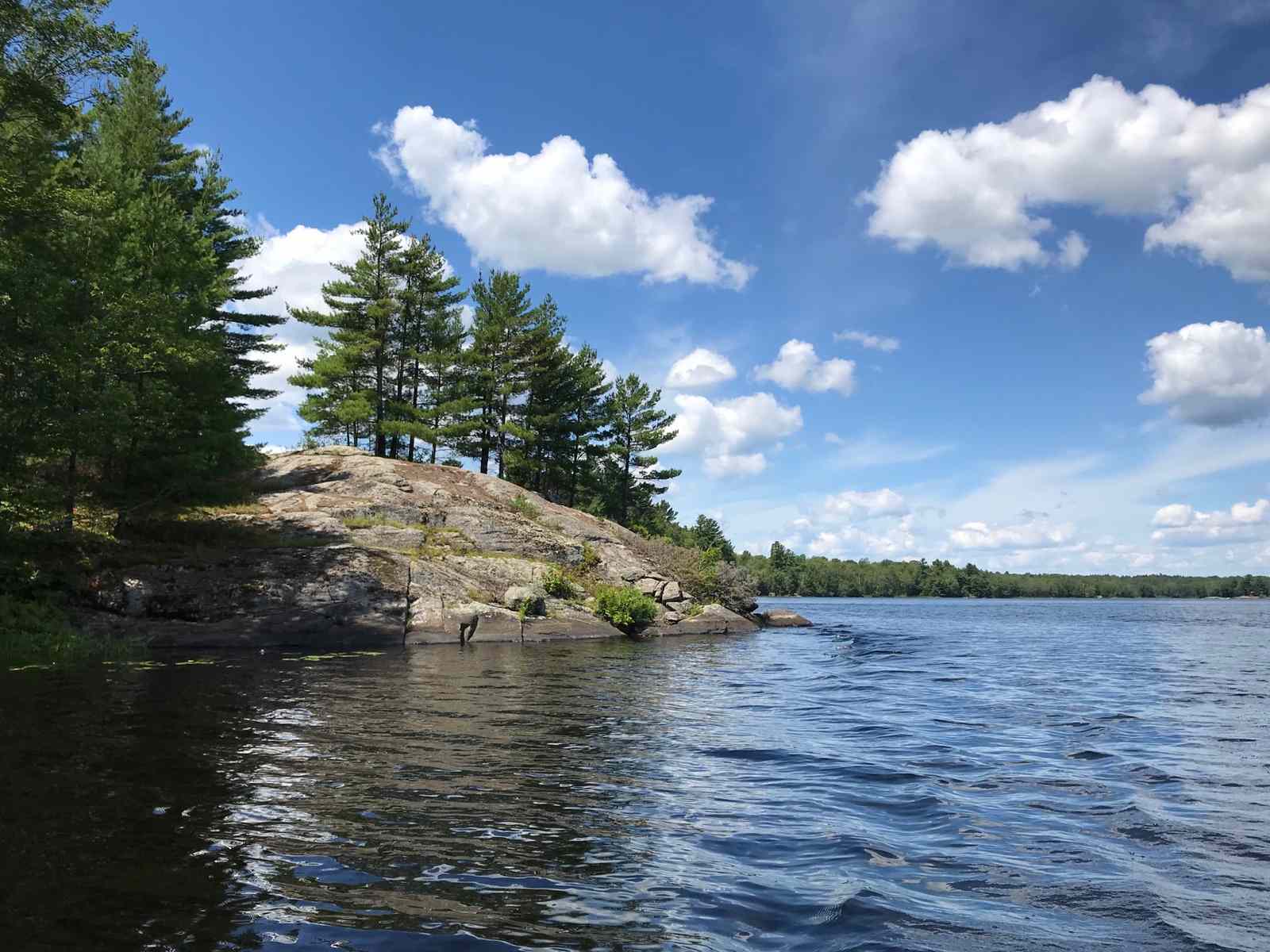 I started by noticing the birds in my own backyard.

I never dreamt I would end up an avid birder, but within a few weeks I was caught off guard by the rush of excitement I felt when a family of Cedar Waxwings took over the tree behind my house.

I remember the first time I heard the otherworldly song of a Hermit Thrush in the forest. Its magical voice was a magnet, enticing me off the trail and into the trees to get closer to the sound.

(Seriously, have a listen.)


These days, I still marvel at each and every Red-tailed Hawk I see gracefully gliding overhead. I feel lucky to share the world with them.

After I began noticing the birds, I felt like I was waking up. I vowed to go outside and connect with nature every single day.

I went north to cottage country. I explored the waterfront trail along Lake Ontario from Squires Beach to Bluffers to Kew-Balmy. I walked along the Don River and its tributaries. I went hiking, swimming, stand-up paddleboarding, and canoeing.

I made lots of friends along the way. 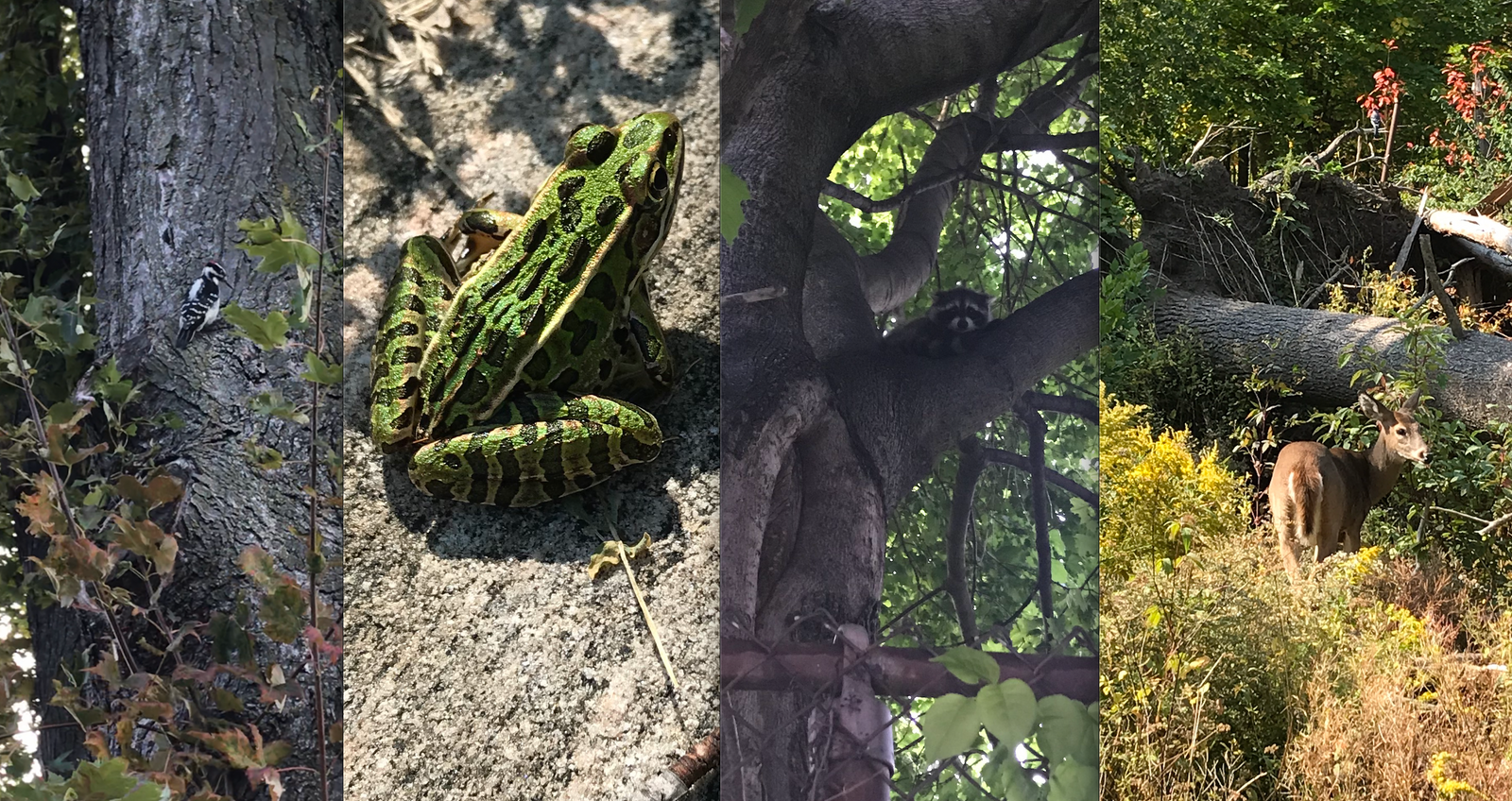 I absorbed as much nature as I could, letting it fill an emptiness I hadn’t even realized was there. Before long, getting myself out the door wasn’t a chore—it was a necessity.

I was myself again. And the feelings of serenity and contentment I experienced on each adventure stayed with me long after I left the great outdoors.

When I was back within my four walls, I could mentally return to the places I’d been. I could relive the moments when I felt at peace, free, and happy boating up a river, exploring the shoreline of a lake, or standing atop a cliff. 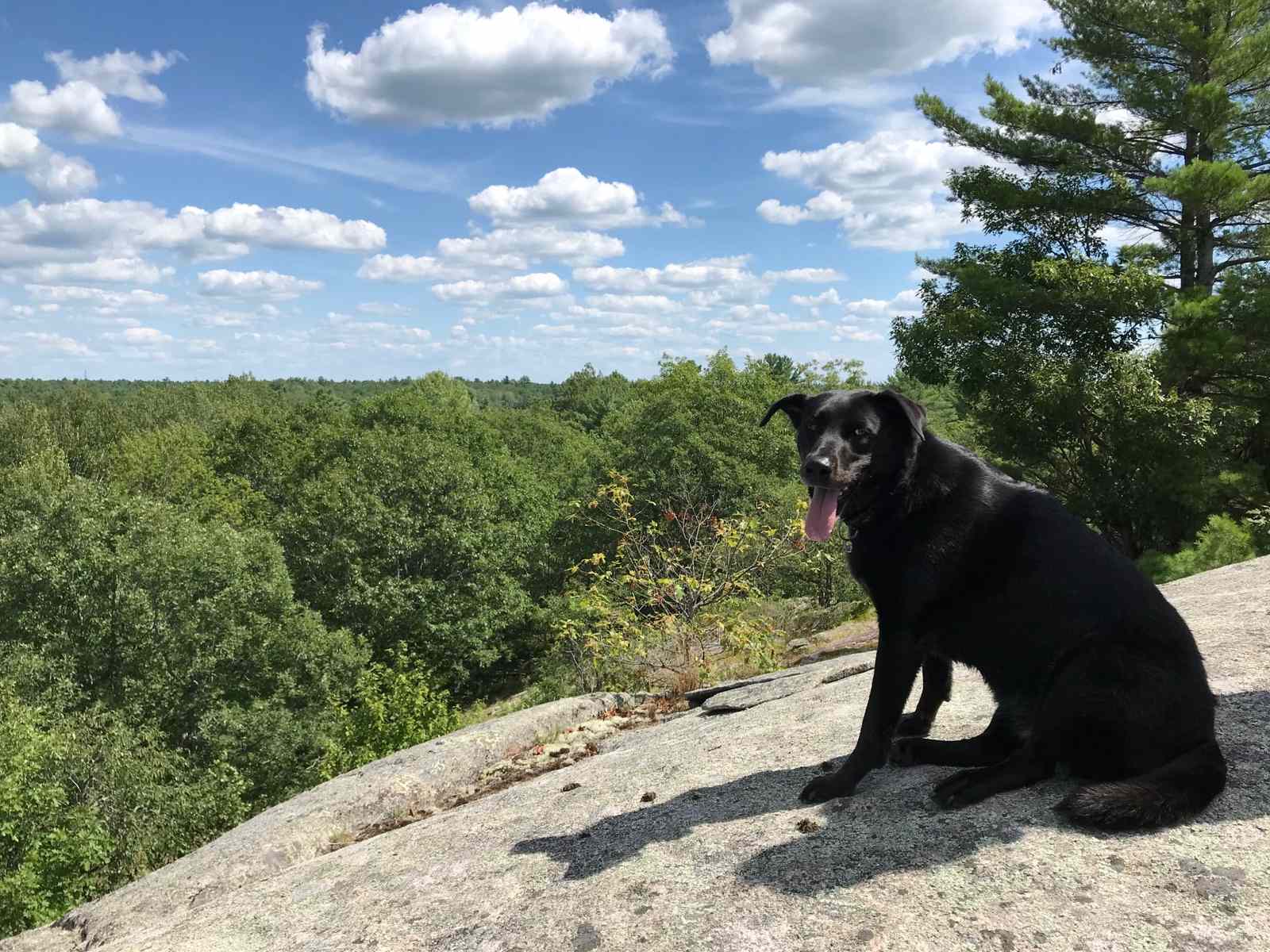 When I reached the Lion’s Head Lookout on the Bruce Trail and the white sands of Sauble Beach, it was the culmination of something that had been happening all summer. 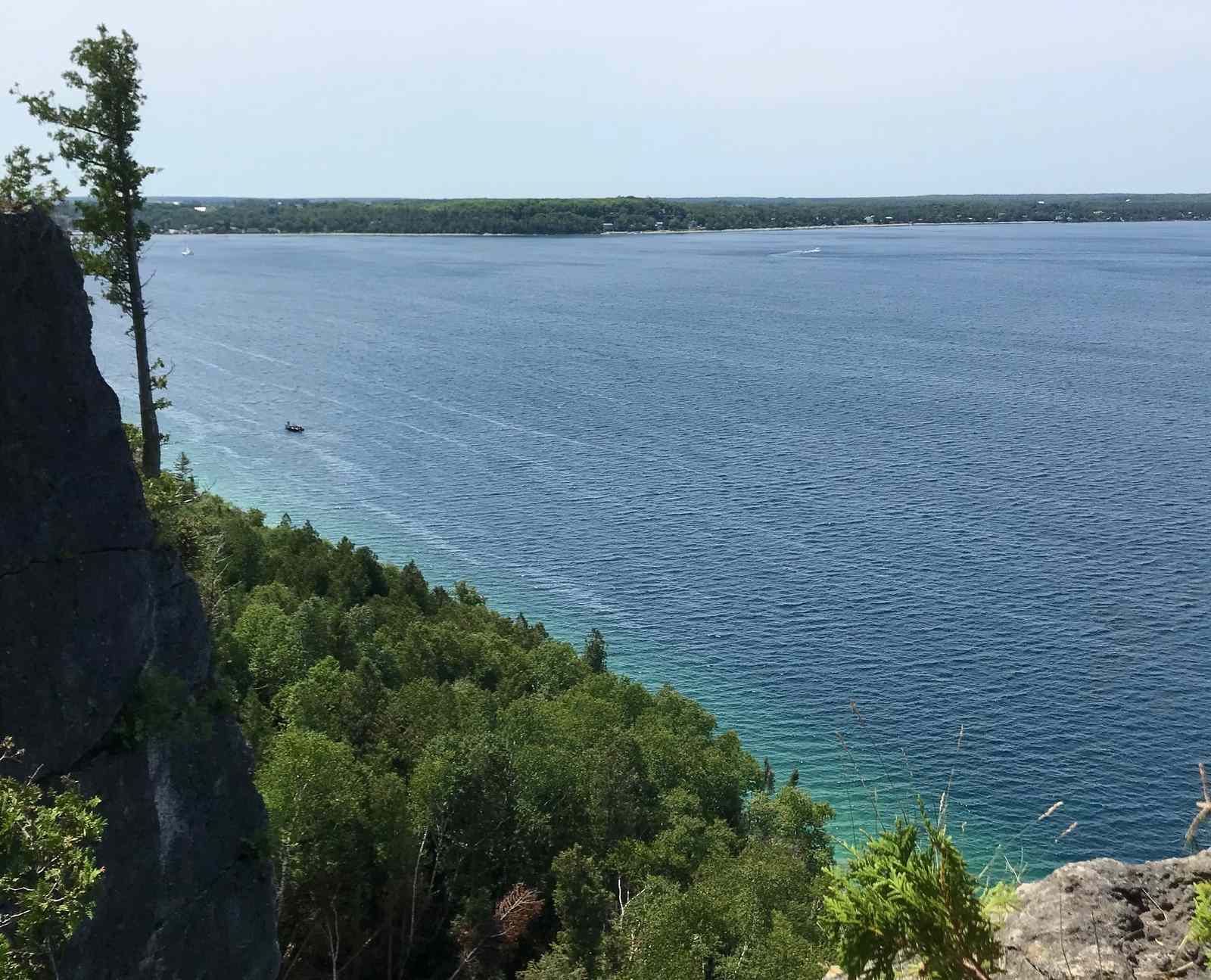 I could finally feel the boundless beauty that had seemed a world away. I saw the realm of promise waiting beyond my four walls. Being back in nature was refuge from this “new normal” that felt anything but. 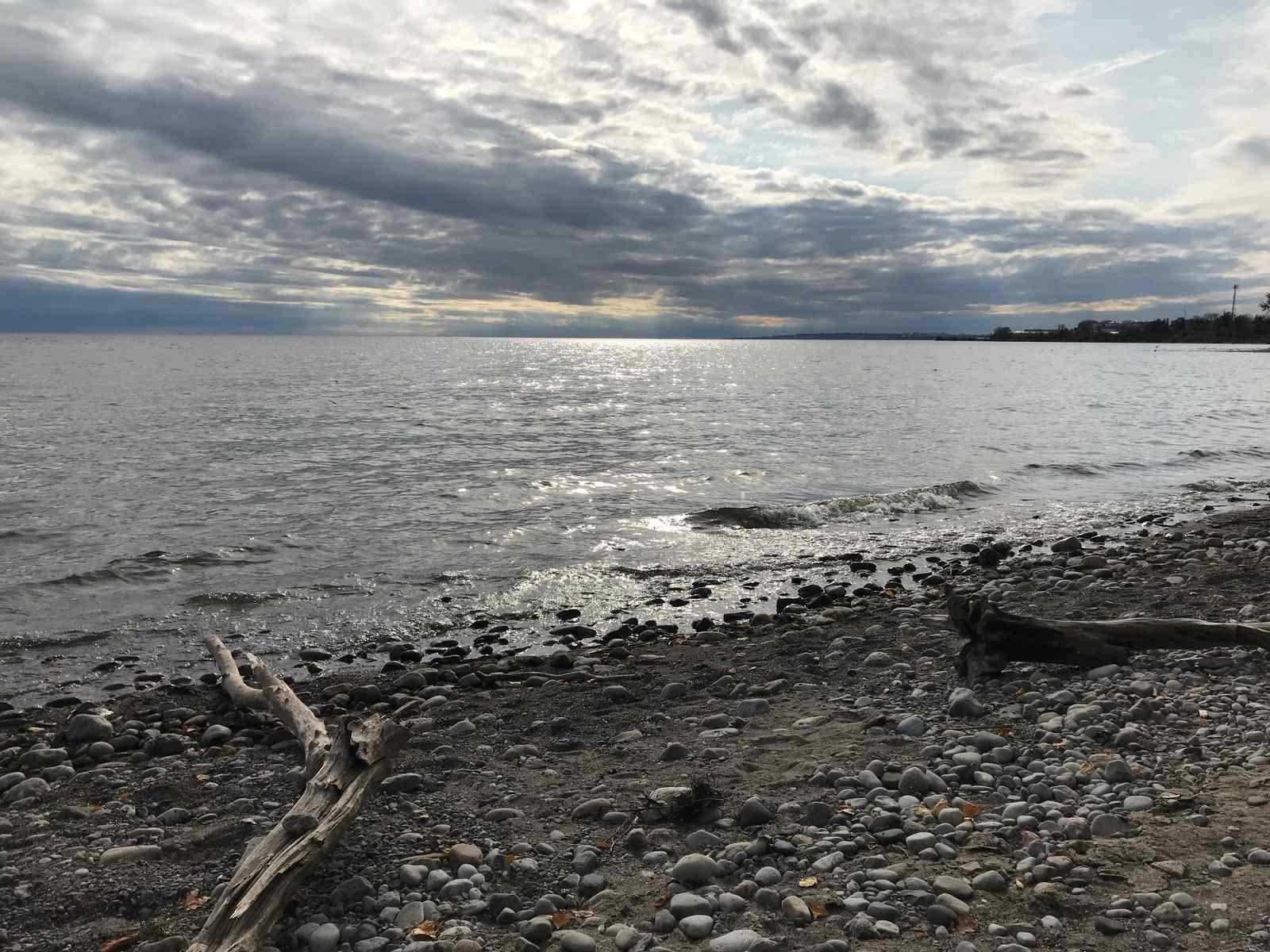 I still go outside every day.

Reconnecting with nature makes the dark clouds seem less oppressive. There are days when they grow heavy, but now I know that I’ll feel beauty again once the storm has passed.

Spending time with the Great Lakes has taught me that there’s always beauty to feel, even in the darkness. You just have to be there to feel it.


“Therefore am I still
A lover of the meadows and the woods
And mountains; and of all that we behold
From this green earth; of all the mighty world
Of eye, and ear,—both what they half create,
And what perceive; well pleased to recognise
In nature and the language of the sense
The anchor of my purest thoughts, the nurse,
The guide, the guardian of my heart, and soul
Of all my moral being.”

— William Wordsworth, Lines Composed a Few Miles above Tintern Abbey, On Revisiting the Banks of the Wye during a Tour.