Celebrating Earth Day: What would you do if you saw a river on fire? | Great Lakes Guide
By Krystyn Tully

It sometimes takes a crisis to realize how close we’ve come to losing something we love. From the time the first canals were dug right through to the industrial and urban boom of the 20th century, the Great Lakes suffered one injury after another.

Early settlers thought the abundance of fish in the Great Lakes could never run out … right up until the very last Atlantic salmon was pulled from Lake Ontario. Fish that were once common are now labelled “endangered.”

More recently, human-made chemicals and toxins have been dumped into the Great Lakes. In the most polluted places, the fish that still lived there became too toxic to eat. Many people growing up on the lakes today have no idea what it’s like to walk to the end of their street, catch a fish, and eat a free meal without fear of mercury, PCBs, or other toxins.

The Great Lakes were at one of the lowest points in history, environmentally speaking, back in 1960. Pollution was so bad that, famously, the Cuyahoga River in Cleveland caught on fire. 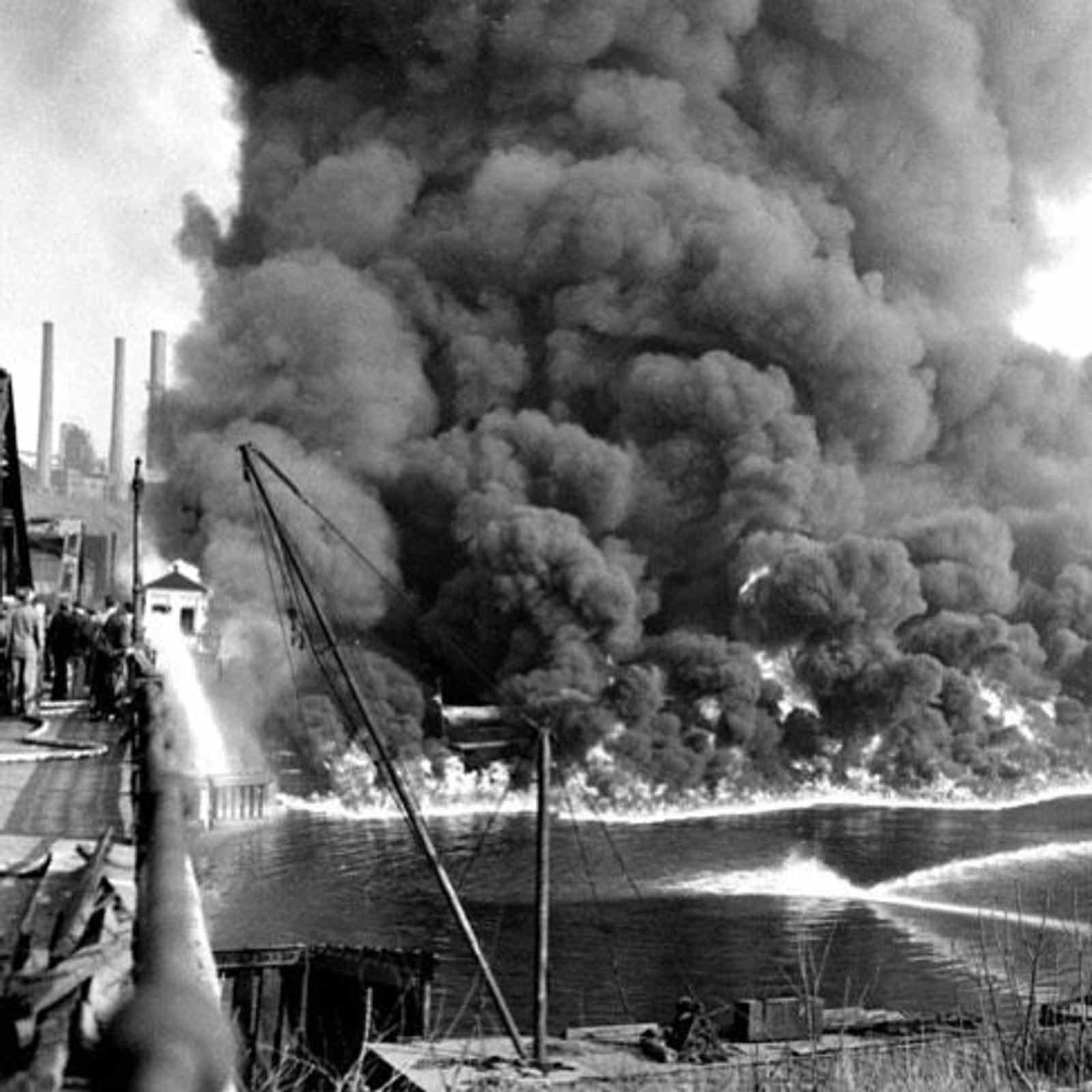 “Wait, a river is on fire?” people exclaimed. It was a wakeup call.

Then something important happened. People in Cleveland didn’t stay quiet. And it turned out that they weren’t the only ones who were concerned. People all over the world wanted to know why clean water and nature were disappearing.

That’s how the idea for “Earth Day” was born.

The impact of the first Earth Day

For those of us who weren’t around in 1970, it is hard to truly understand the size and the impact that Earth Day had. We came of age in a time when environmentalism and conservation were talked about in schools, by politicians, and in the media. 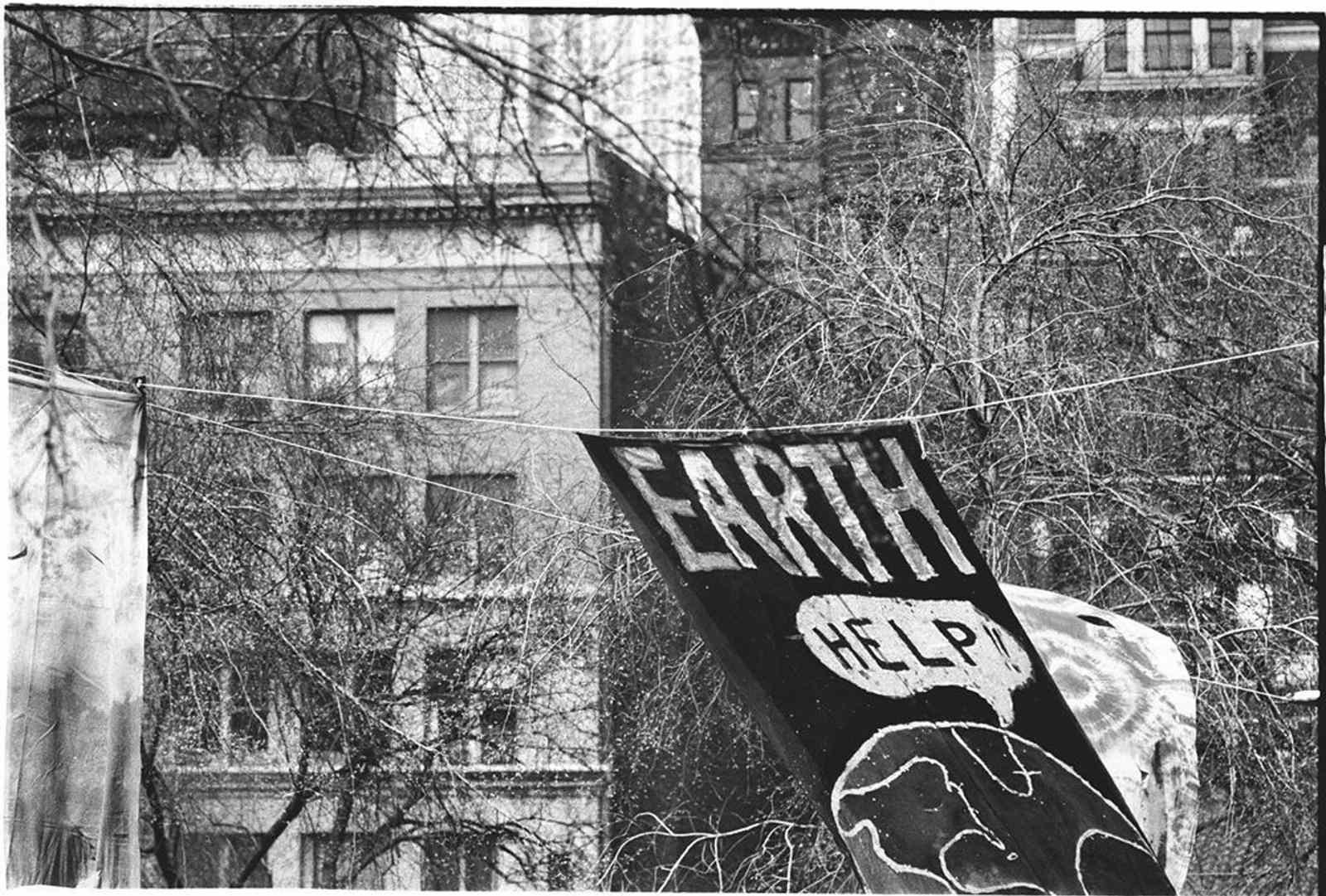 Earth Day smashed all records. It changed government policy and nonprofit work for every generation that came afterwards. Shortly afterwards, the U.S. government introduced the Clean Water Act. Ontario created the Ontario Water Resources Act. Canada beefed up its Fisheries Act. The two countries signed an agreement to protect the Great Lakes. The fact that resources like Great Lakes Guide even exist is a direct result of Earth Day.

Public pressure, awareness, and government reactions made a difference. With the introduction of environmental laws, policies, and programs, North American waterways started coming back to life. Most of the beaches, parks, and waterfront destinations that you enjoy exist because of modern environmental protections. 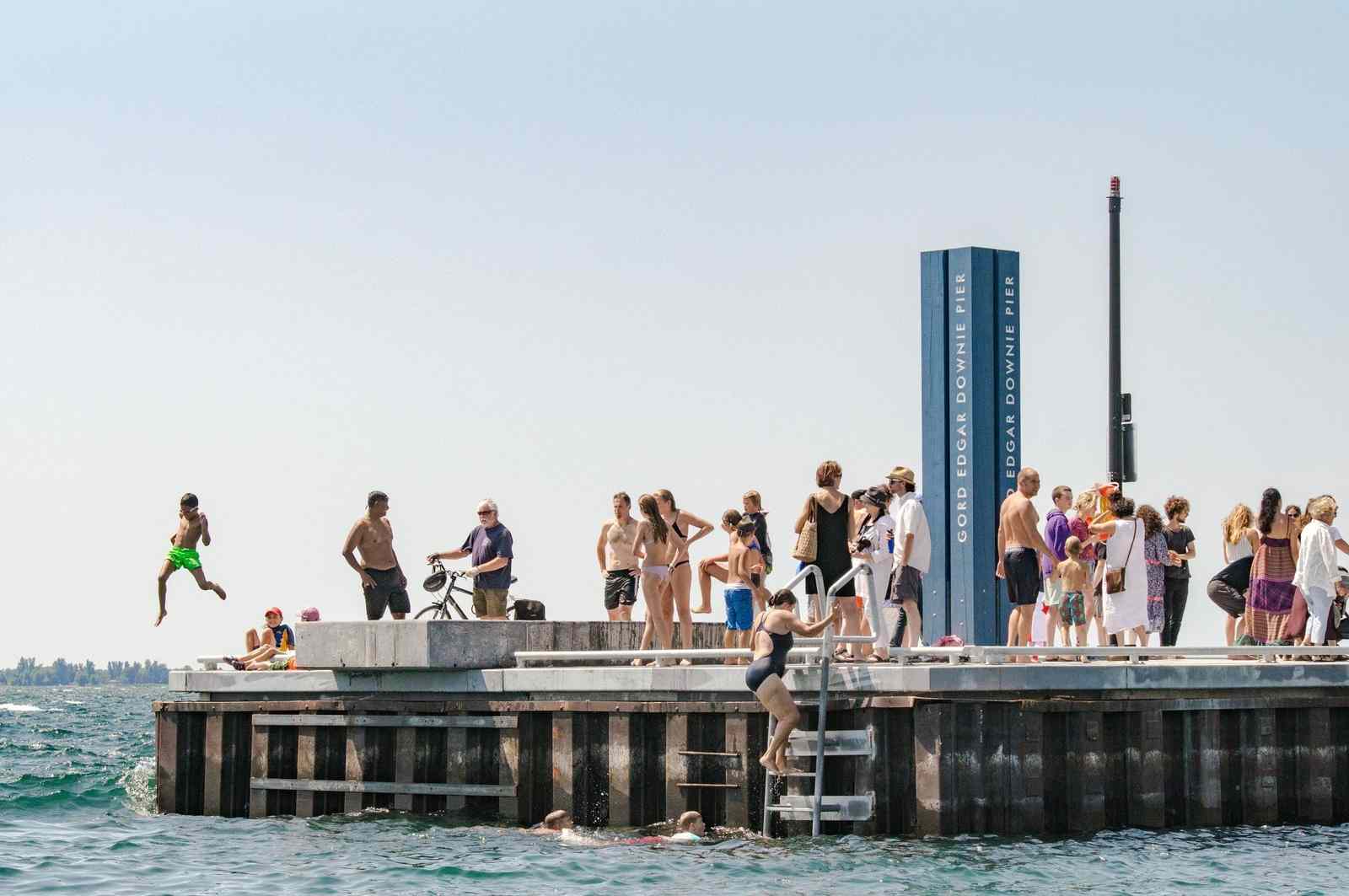 Breakwater Park in Kingston is just one example of a once-neglected waterfront destination that is now the heart and soul of its community.

When you explore the Great Lakes region this time of year, take a moment to think about the place you are visiting. Is it a protected space like a city beach or provincial park? Who takes care of it? Who is monitoring water quality? Who do they work for? Where do the funds for that work come from? What can you do to help?

Your interest in these places is important.

Creating a new environmental movement for the Great Lakes

In the 1980s and 1990s, many people started to think that environmental restoration was on track. We took our foot of the gas thinking that the successes of the 1970s had done enough. Too often, environmental groups and politicians also excluded Indigenous communities from restoration planning. There’s much more work to do.

The Cayuhoga River isn’t burning right now, but there are plenty of reasons to want better for our Great Lakes. We still dump raw sewage into city harbours, like Toronto, for example. New chemicals that wreak havoc on the lakes are showing up in that sewage. Road salt flows from our streets into our rivers. Microplastics are showing up in birds and fish wherever we go.

If we want to make a difference for our generation or those who follow, we need to show the same kind of passion that the first Earth Day participants showed. We don’t need to take to the streets, but we do need to show that we care. Every person, every action, counts. 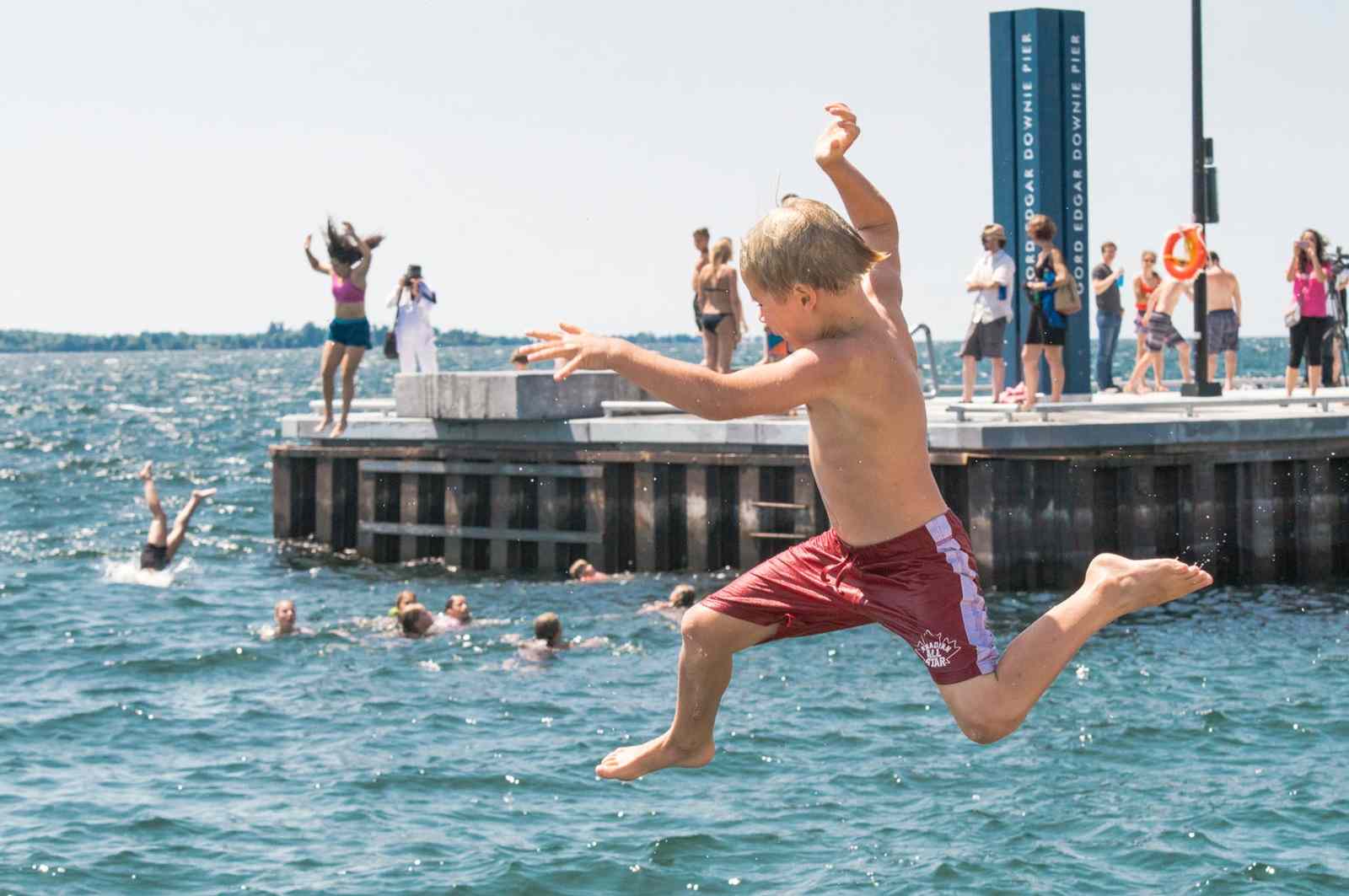 Two things you can do

If you want to help protect the lakes, there are two things that you can do that are powerful. They both take advantage of the smartphone lurking in your bag or pocket.

Take pictures of waterfronts you visit

First, when you visit a beach or park or spend any time at all on the water, take a picture of the places you visit. Share what you are doing on social media so your friends and followers can see. It sounds so simple, but it really does make all the difference in the world. People are inspired to protect what they love. So help those around you fall in love the lakes. That’s where stewardship begins.

Report pollution when you see it

Second, when you see pollution like sewage spills or plastic debris in the water, take a photo. Report what you see through our new photo submission, Gassy. Gassy is our little digital water monster. She digests all the photos you feed her, capturing important water health data.

Submitting your photos helps build a database of images and makes you a citizen scientist! Gassy uses AI to track patterns in those photos, like the presence of trash or sewage pollution. 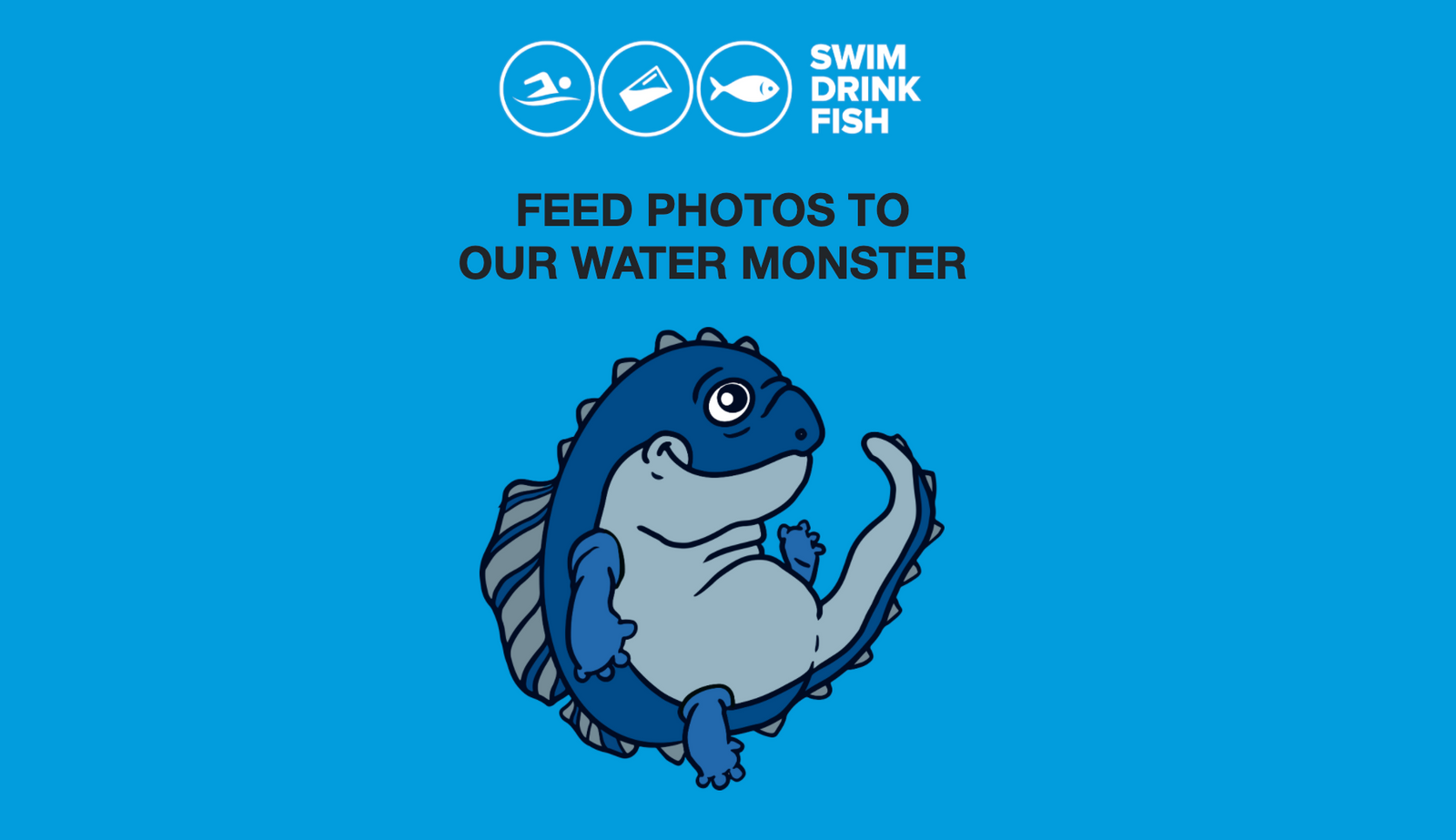 
The truth about the Cuyahoga River fire is that it wasn’t the only river burning. The Don River in Toronto used to catch on fire all the time, too, according to historical reports.

The reason the Cuyahoga River fire inspired a global movement was because people showed up and took pictures. They talked about it on the news and in print media. They made sure the problem was documented and the story told. You can do that, too. Happy Earth Day.