Frogs are by far the coolest critters that live in the Great Lakes, and I’ll happily debate anyone who says otherwise. You might be surprised to learn that frogs do a lot more than just sit on lily pads, look cute, and eat flies. 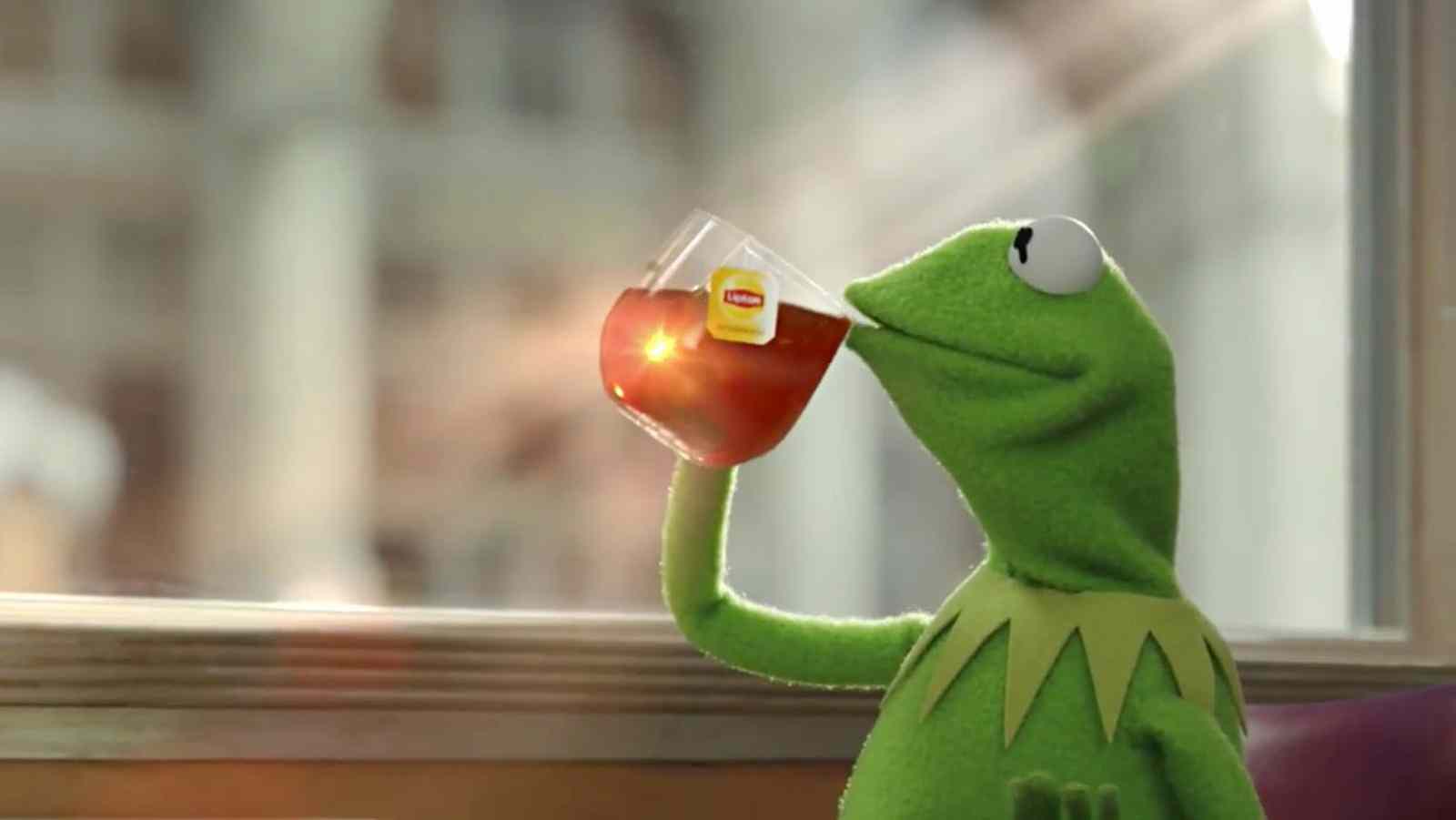 Kermit lied to us. But that's none of my business.

Or at least, not in the traditional sense. Instead of drinking through their mouths, frogs drink (and breathe) through their skin. Frogs and other terrestrial amphibians like toads absorb water through a drink patch on their pelvic areas when they get thirsty.

As Anthony HOPkins playing Bullfrogo Bill said in Silence of the Clams, “It puts the water on its skin or else it gets dried out again.”

Frogs are an indicator species meaning that if the frogs are healthy, so are their habitats. This is because of their permeable skin, which absorbs either clean or polluted water. If there is not enough oxygen in the water, frogs can actually drown.

Frogs swallow with their eyeballs

As if drinking through their bellies wasn’t weird enough, frogs also eat with their eyes. Frogs gulp down their prey whole, then push their eyeballs down into their mouth to force the food down their throats. I wonder if their eyes are bigger than their stomachs...

Having trouble swallowing that mental image? Take it away, David.

What do Great Lakes frogs do in the winter? Do they just freeze and thaw in the spring? Just like bears and bats (but not beavers), many frogs hibernate by lowering their body temperatures, heart rates, and metabolisms.

Ontario’s Wood Frogs, Chorus Frogs, Spring Peepers, and Gray Tree Frogs turn into frogsicles once temperatures drop below -5°C. Their breathing, bodily functions, and even their hearts stop as miniscule ice crystals form inside them and freeze about 40% of the water in their body.

Frogs that freeze have high levels of glucose in their blood that behaves like a sort of antifreeze, preventing full freezing and organ damage.

Not all frogs freeze, however. Aquatic Great Lakes frog species like Bullfrogs, Mink Frogs, and Green Frogs, all simply chill out in unfrozen water, breathing oxygenated water through their skin and dreaming of mosquito season, probably.

Bullfrogs eat everything and anything 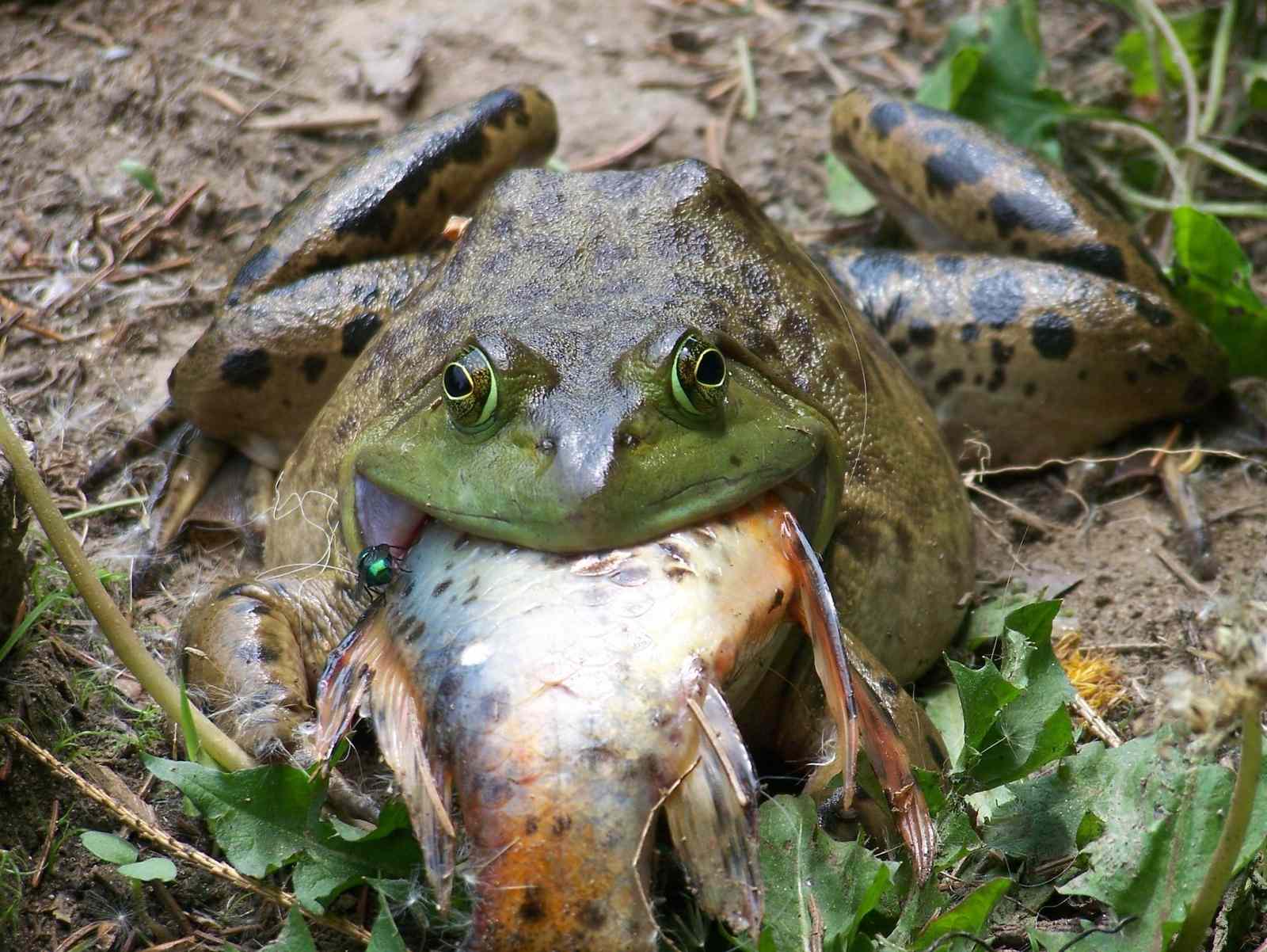 Fish, turtles, snakes, bats, and birds are all fair game as long as the bullfrog is big enough to overpower them. Perhaps freakiest of all, bullfrogs will even pounce, mouths wide open, and devour smaller frogs.

How do these soft-skinned googly-eyed giants manage to eat such an impressive array of other animals? Three reasons: strong jaws, sharp teeth, and dextrous tongues that can clench onto prey like a slimy boa constrictor.

Oh, did you think we were done with disturbing eating habits? How very wrong you are, my amphibian-fearing friend!

We’ve all gnawed off and eaten a hangnail or two, but frogs take autocannibalism to the next level. When frogs shed dead skin, they munch on it for a protein-packed snack. I mean, why not recycle those precious nutrients, right?

Frogs shed their skin to keep it from hardening, so that they can continue to breathe through it, taking in oxygen while they’re in the water. 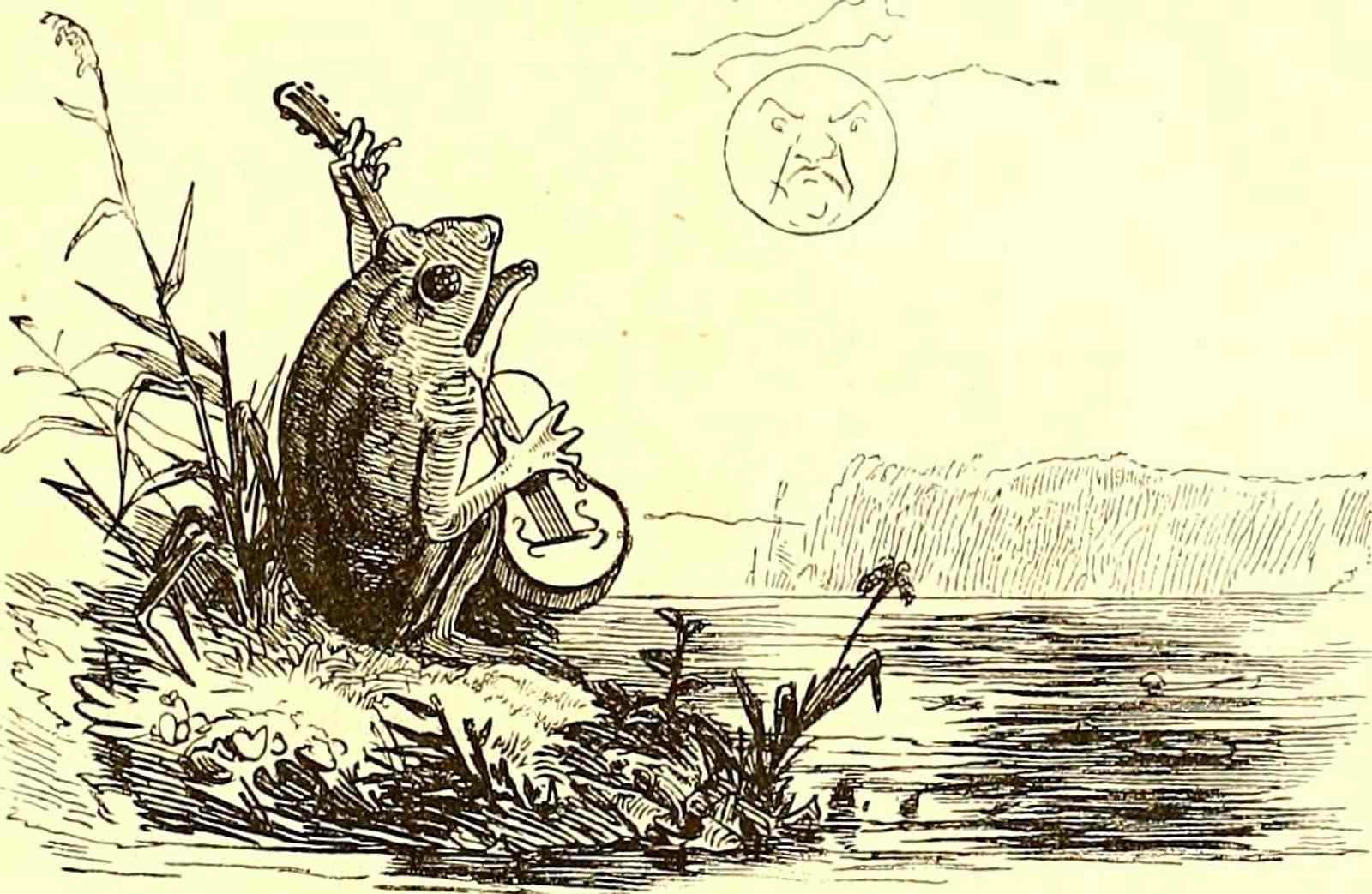 Shedding off all my skin and I’ve been eating just fine, gotta gotta chow down because I’ll eat it all

Hopefully, I haven’t scared you off of swimming where the frogs dwell. There are no documented cases of Bullfrogs eating people.

Besides, there are greater things to fear in the Greats, from Bessie, to Gaasyendietha, to the real-life monsters living in these inland seas.