Frenchman’s Bay. A Home away from Home during the Pandemic.

The gentle sound of water lapping up onto the beach, the sight of a young girl paddleboarding for the first time, while song sparrows flitting between the trees and cyclists speeding past you. These are just some of the fantastic sights and sounds Frenchman’s Bay West Park has shown me.

Having access to an area such as this, one that really feels like home and the great outdoors, has been instrumental for me during COVID-19.

The Great Lakes are host to a number of sites that offer ecological benefits and aesthetic scenery that enchant those that visit. The Rotary Frenchman's Bay West Park in Pickering, Ontario goes even further beyond that by showing that environmental protection can be beautiful. Located on the North side of Lake Ontario in the Durham Region, the park features a small section of the Great Lakes Waterfront Trail, an initiative spawned from the environmental movements of the late 1980’s. 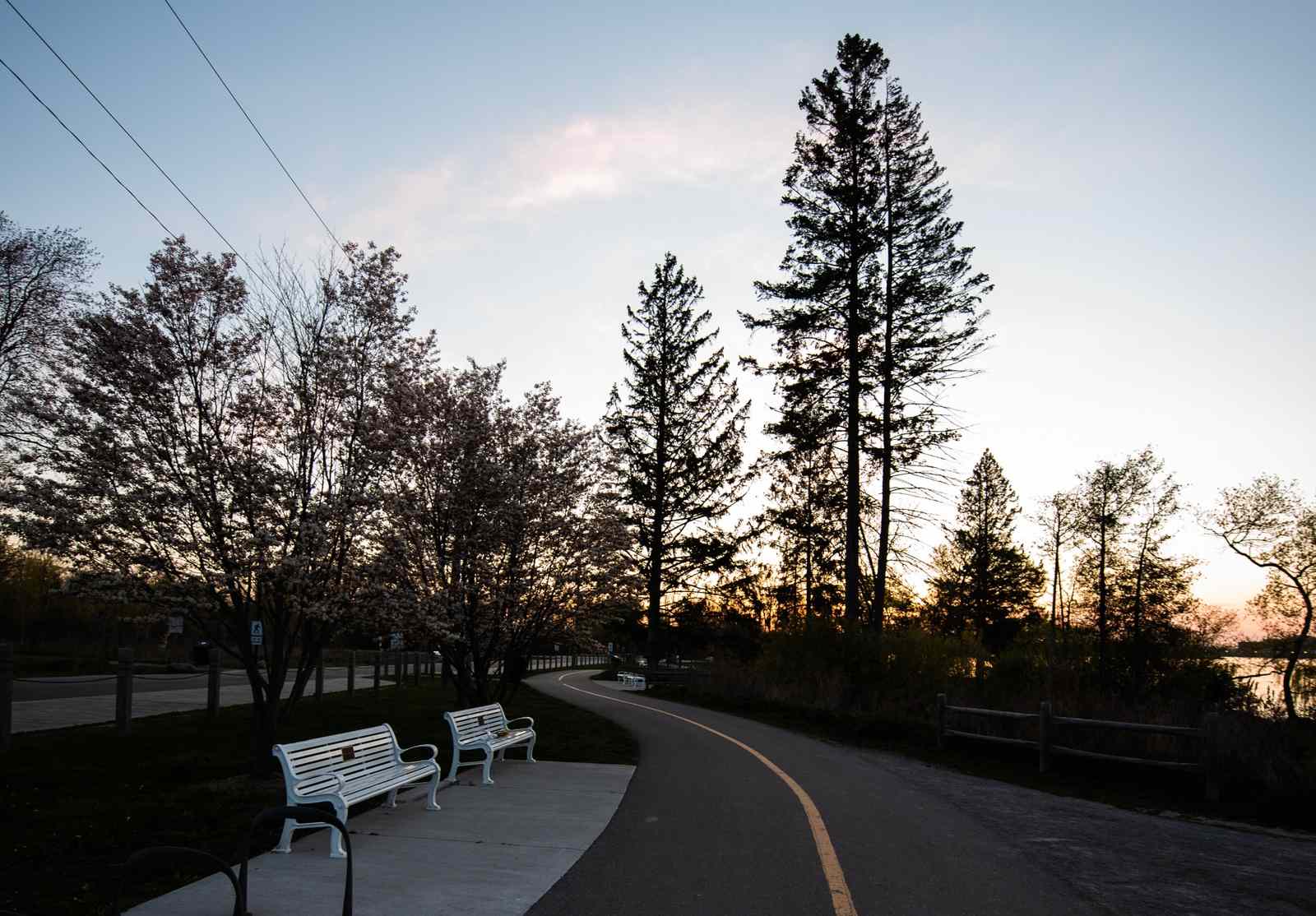 Since that time, environmental groups have taken great strides to preserve the magnificent shorelines of the Great Lakes. This can be seen in the successes of projects conducted by Government organizations such as the City of Pickering or the Toronto Region Conservation Authority, as well as Swim Drink Fish, the charity behind Great Lakes Guide.

Projects like these actively protect what is naturally great, while encouraging the public to experience and better understand that inherent greatness.

If you are already aware of how essential areas providing access to the Great Lakes are, not just for you, but also for the greater community, then you can support these spaces by becoming a Blue Flag Volunteer or by funding these important initiatives through a donation. By supporting our work, you can help create a swimmable, drinkable and fishable future for all. 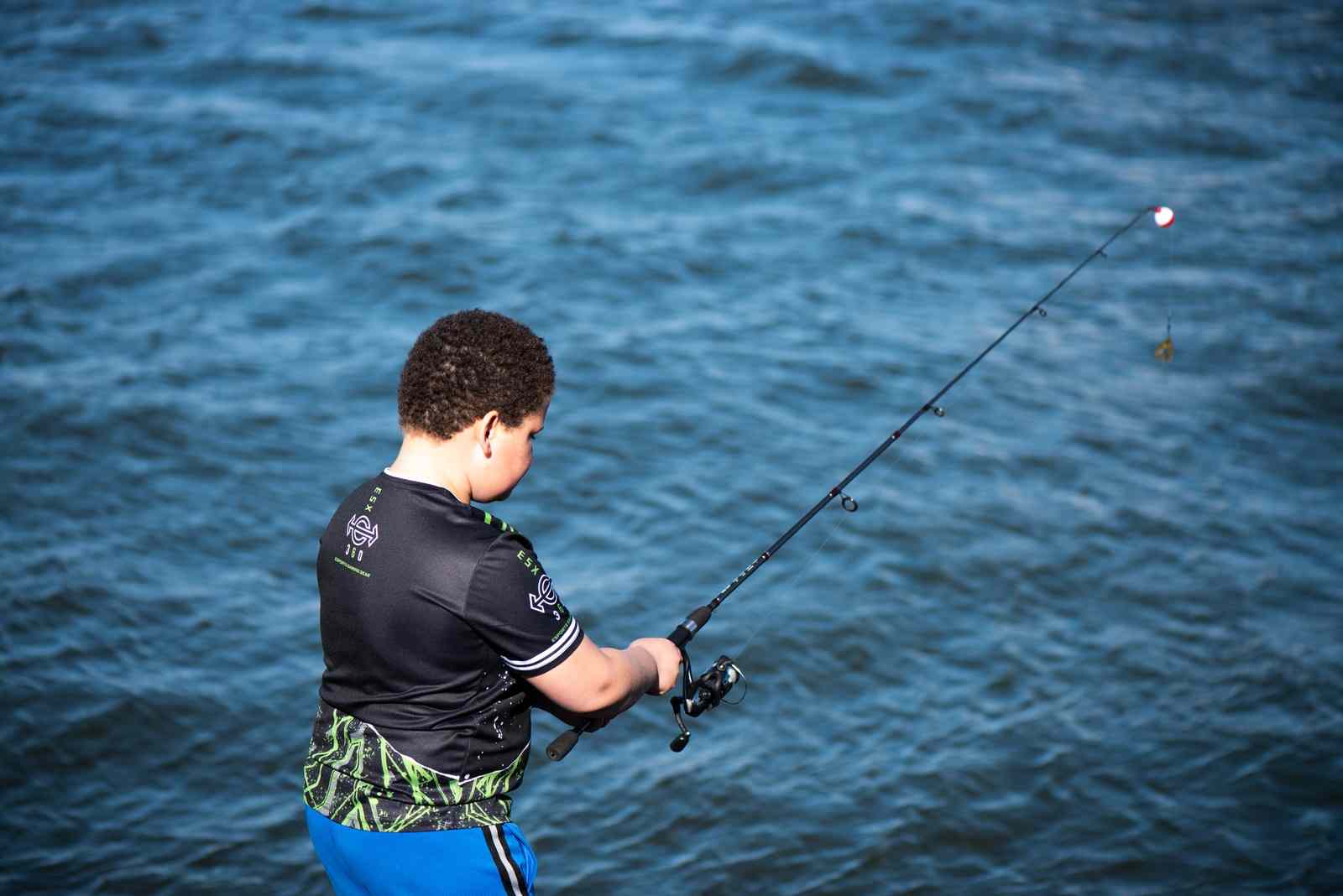 To the potential newcomers of Frenchman’s Bay West, you have oh so many ways to experience the glory of the park. As someone coming out of an environmental management degree program, I was astonished to find such ecologically impressive and important areas in such a small space, especially considering how accessible it is for the public.

On the landbound portion of the site, visitors can enjoy beach, sandbar, mudflat, and forested ecosystems, each of which attracts unique wildlife.

Visiting the site, I was able to view several bird species including Common Terns, a seabird species known for its flashy aerial dives into the water in search of fish. I also saw a pair of Red-breasted Mergansers, Mute Swans, and a new family of Kildeer, the parents actively staking their claim to a small area on the eastern side of the beach. The landforms in the area are a critical stopover habitat for migratory birds such as the Yellow Rail, Whimbrel, and Forster’s Tern. 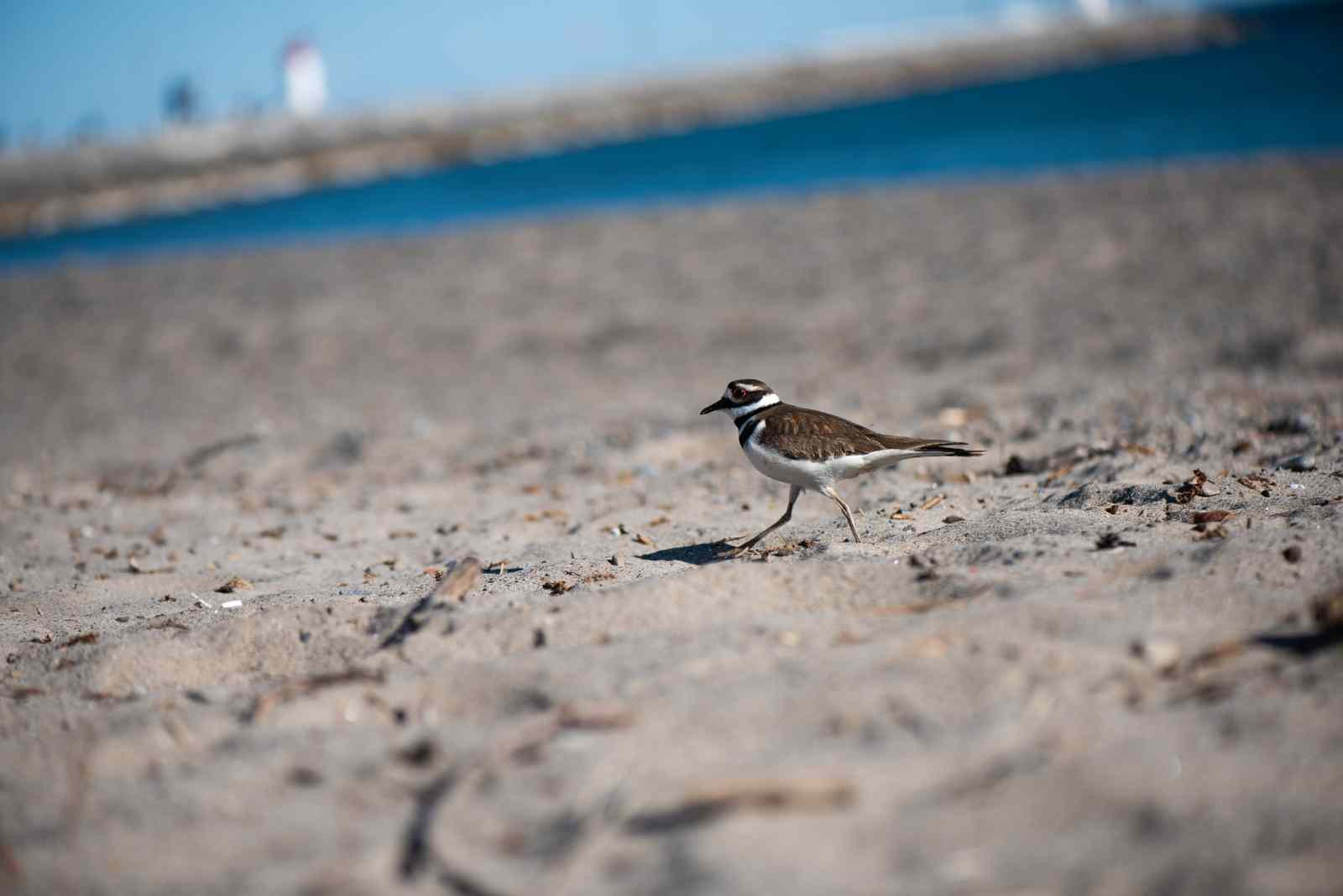 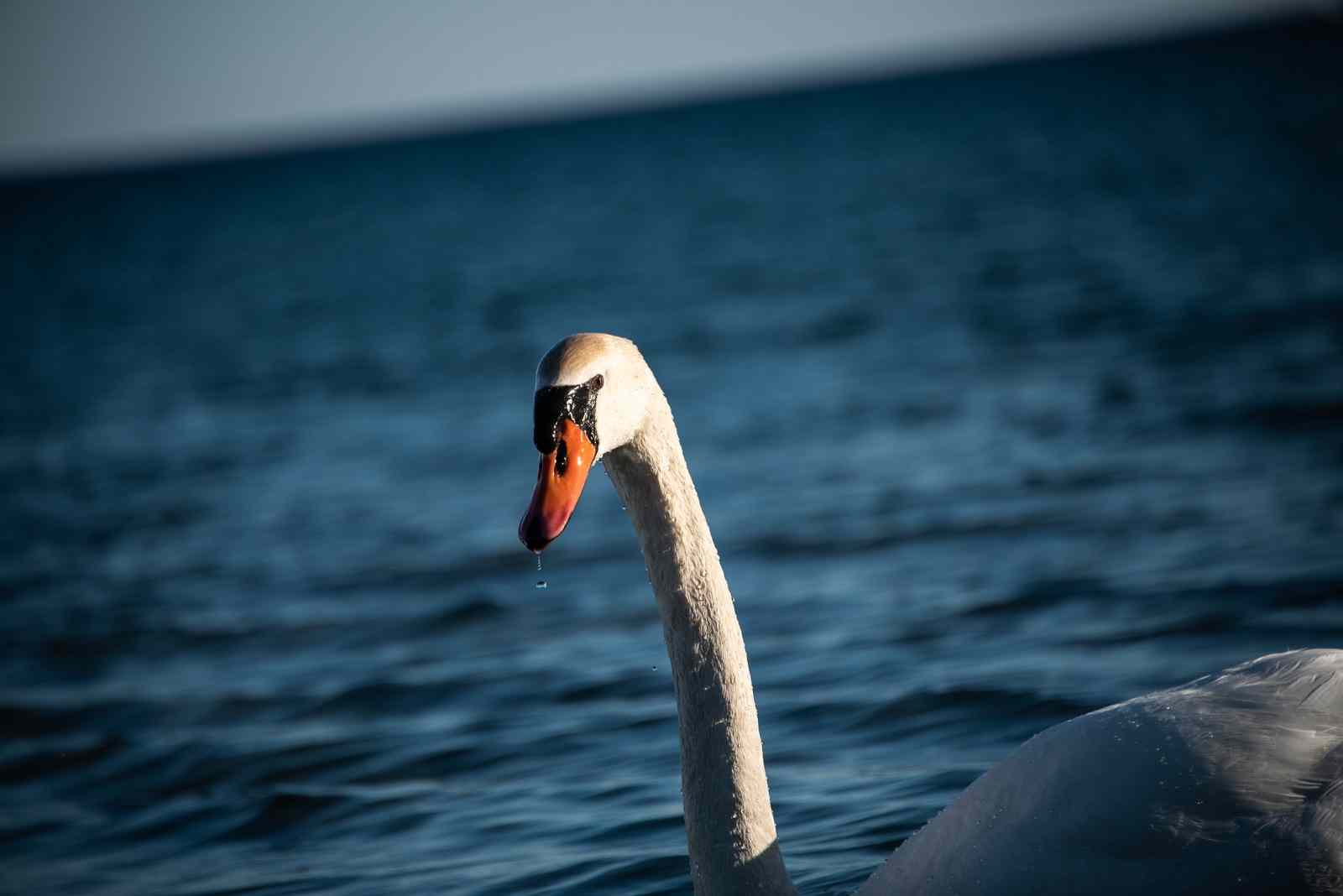 There are several vegetation species of concern that are native to the area, such as yellow pond-lilies and butternut trees. 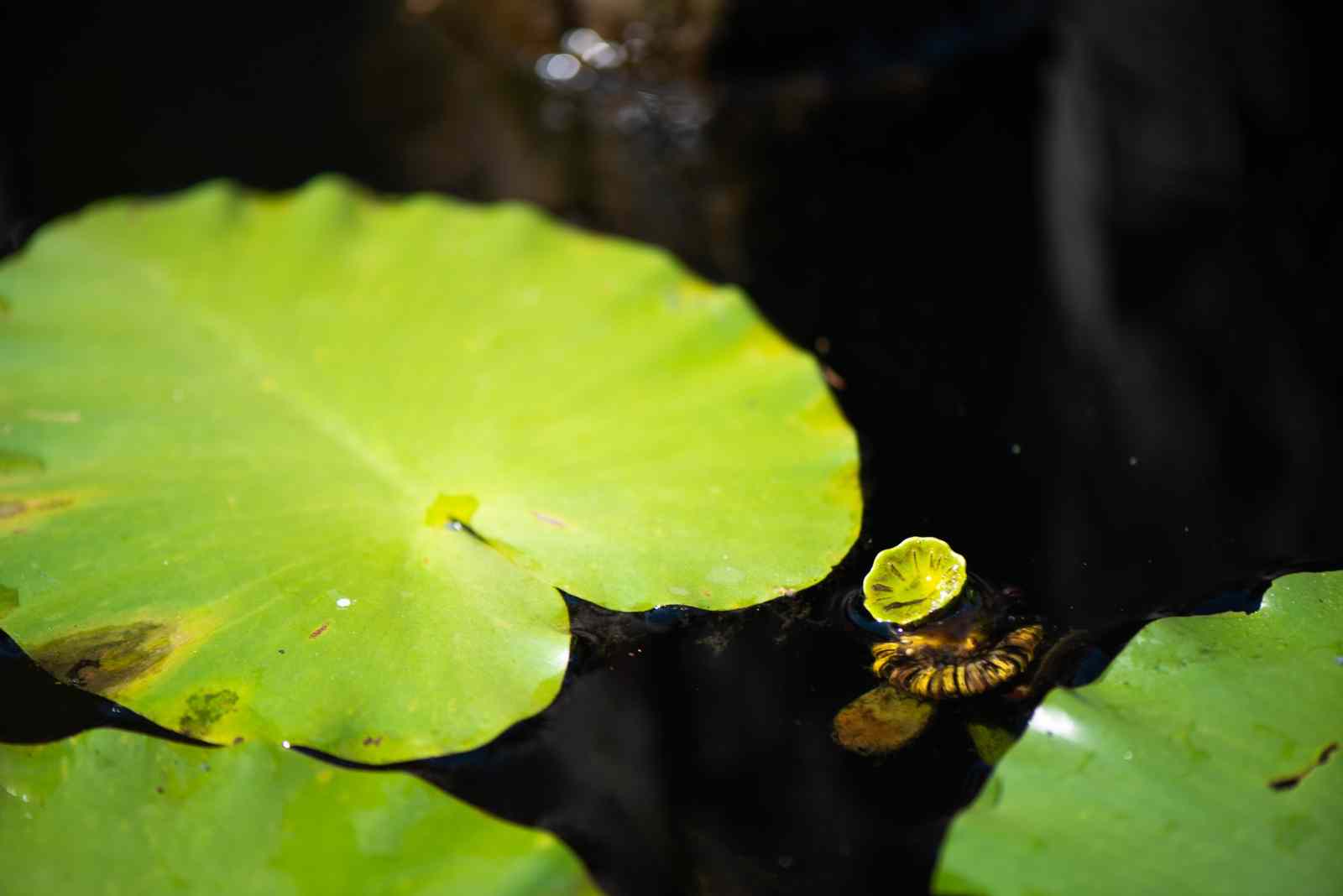 The marsh at Frenchman’s Bay is perhaps the most impactful ecosystem in the park. Not only does it actively contribute to water quality in the area, it is also home for so many aquatic, terrestrial, and bird species, such as the Red-winged Blackbird—which I can virtually guarantee you will see if you visit in the summertime.


Why are wetlands important?

Well, wetlands provide a great number of services not just for animals, but also for us humans. The best part is they do it for free! Wetlands provide refuge for species such as birds, turtles, small mammals and a great deal more, which otherwise wouldn’t be able to live in the area. Wetlands masterfully capture pollutants from both the air and the water, also acting as a natural buffer against flooding, holding onto excess water and slowly releasing it as needed.

Here’s the issue: wetlands, especially in Southern Ontario, are disappearing or being degraded at alarming rates. In fact, we’ve lost 70 percent of the amount of wetlands that were here before human settlements. 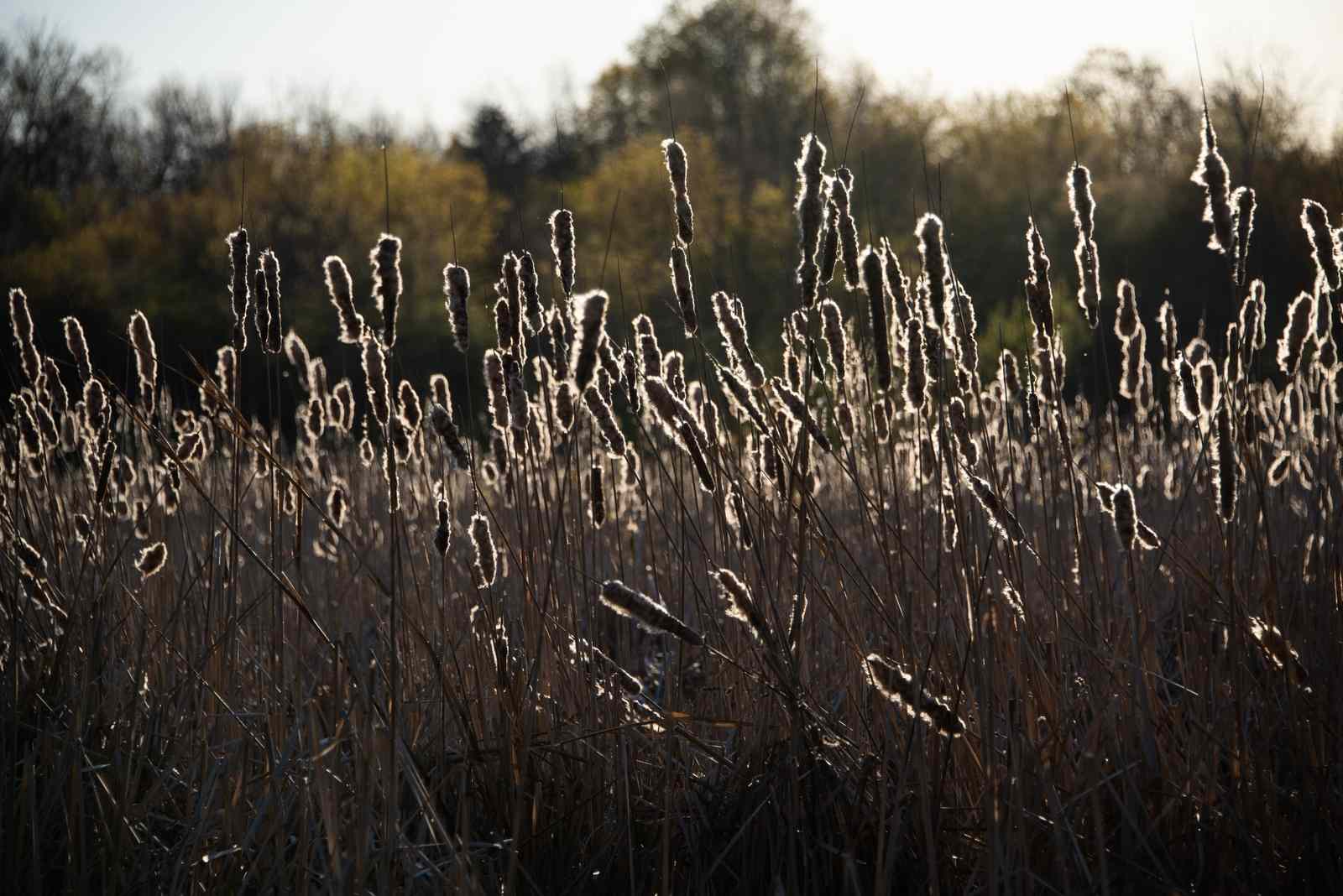 Swim Drink Fish, with generous funding provided by the Weston Family Foundation and the participation from City of Pickering and Toronto Region Conservation Authority (TRCA), has taken steps to protect the Frenchman’s Bay wetland, as well as enhance and preserve public access to the area.

Over the past few years, Swim Drink Fish has been the largest funder of restoration efforts like this in Ontario. Frenchman’s Bay is a great example of the good that has come and can continue to come from our goal to protect the waters we love. 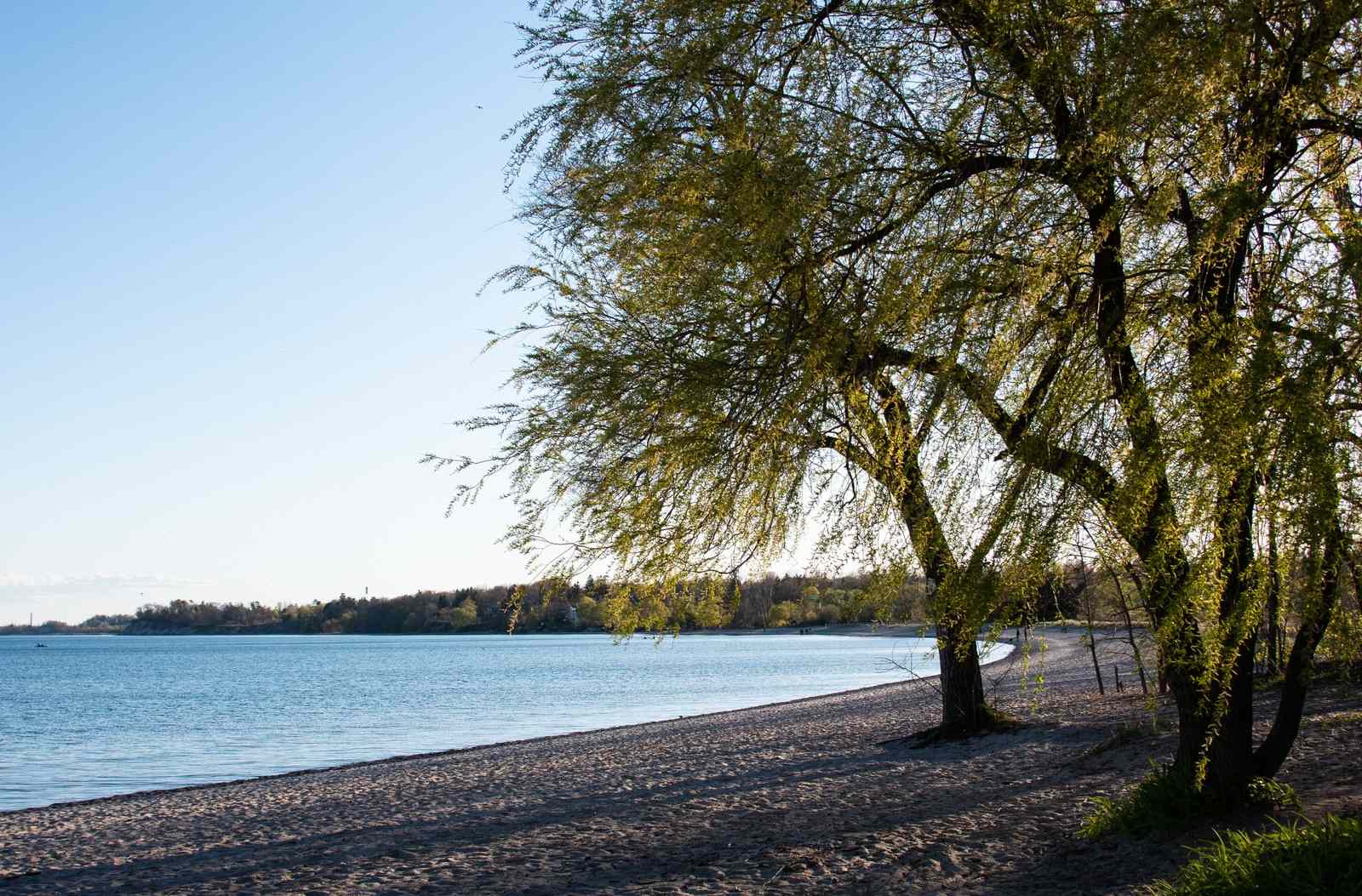 The Great Lakes Challenge was founded to accommodate the ever-growing population in Pickering looking to connect with nature, while also protecting the natural spaces from negative human impacts.

By increasing the amount of public parking, creating spaces expressly for gathering, and better defining the trails and ways in which users can respectfully and easily move on the site, the restoration plan encouraged the public’s mindful use of the site. 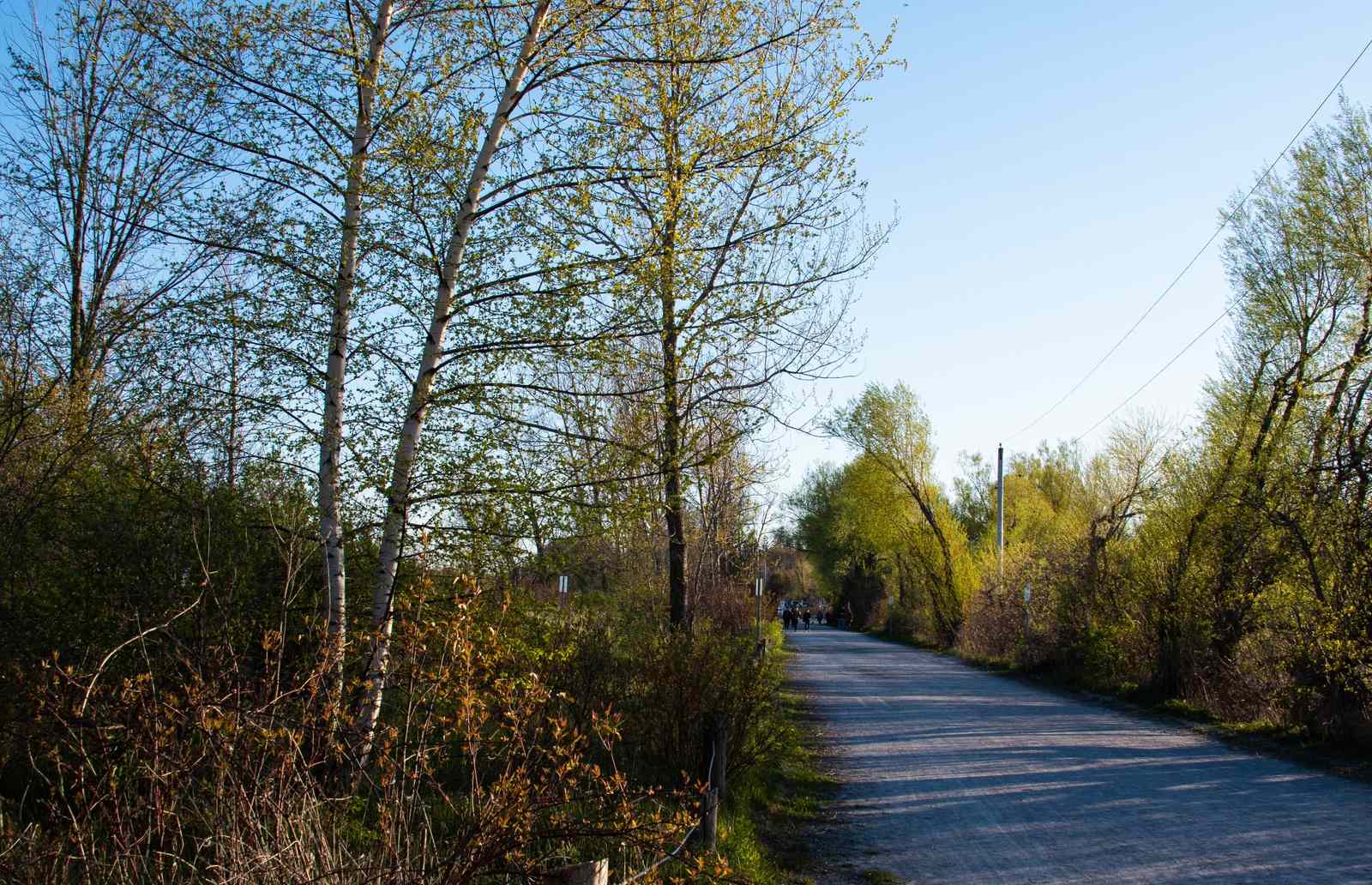 The final elements of the restoration plan focus on removing the foundations of the historic homes scattered along the beach, which will physically and symbolically erase the presence of the privatization of the land that occurred until well into the 1970’s. 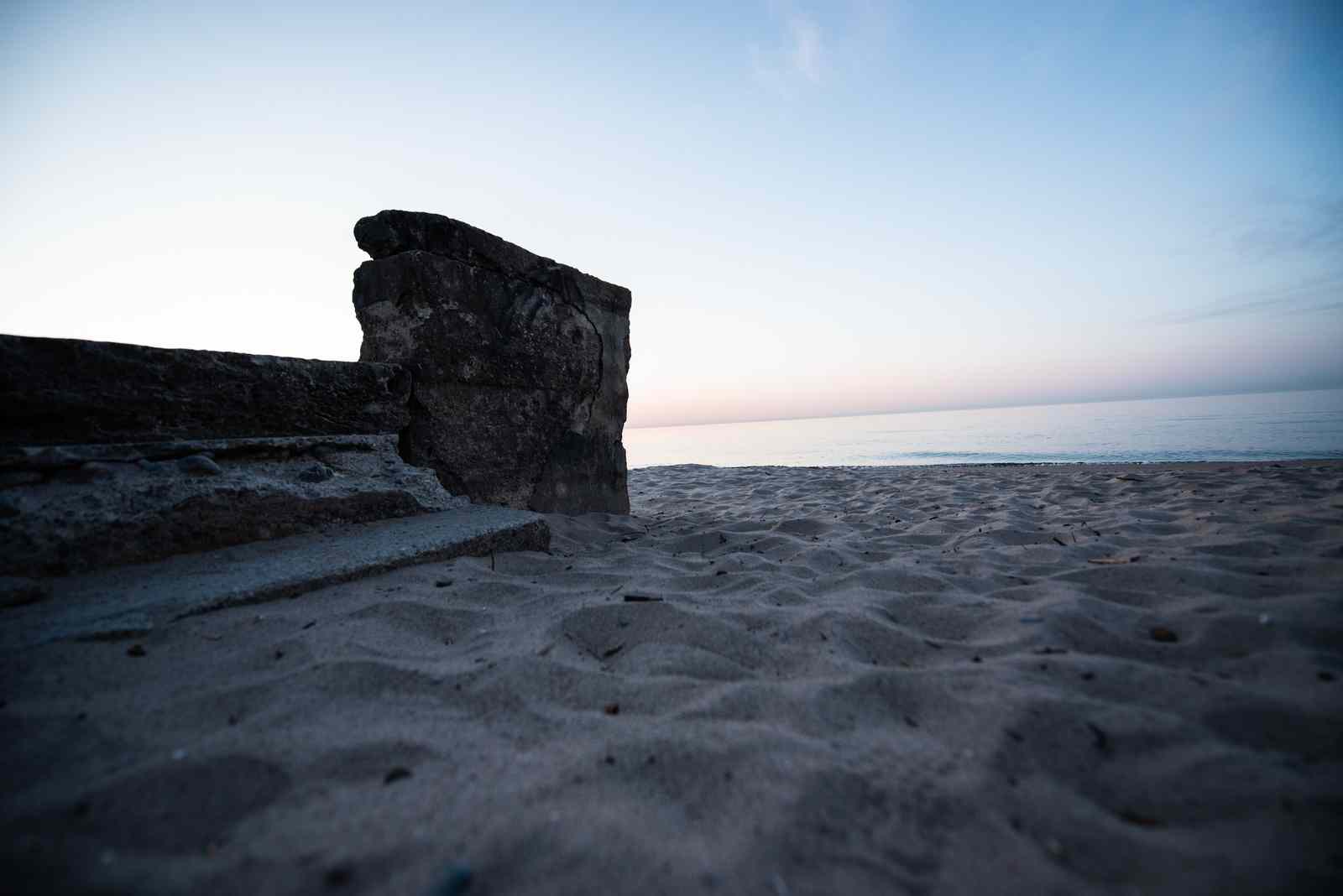 How restoration work benefits you

Before the restoration efforts, access to the beach was inconsistent and often resulted in the battering of the vegetation present. Now, with much easier access points spread consistently along the main road, it is far easier for people to get to all points of the beach, regardless of their physical capabilities or if they have children in tow.

From mothers walking with their toddlers on the beach, friends fishing on their way back home from work, people out on their daily walk and almost everything in between. Jennifer, a mother I had a chance to talk with while she was out with her son, even described the access to the beach as being excellent for getting strollers and wagons out into the sand. 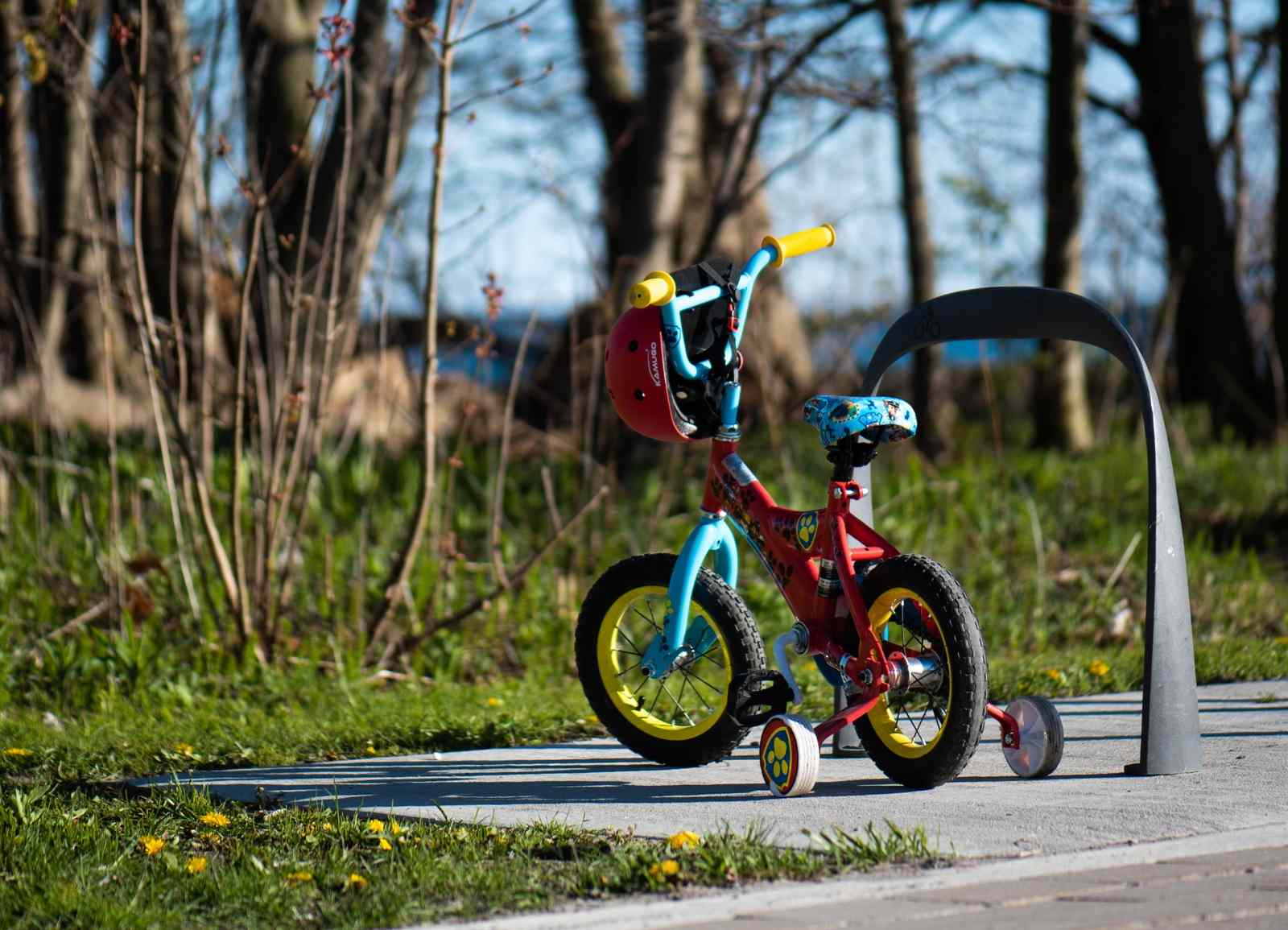 I also spoke with several people who were introduced to the area by other people. Many are learning that sharing a waterfront with others is a good thing, especially when those people come to see the area as important too. For them, an increase in public access is thoroughly welcome as it allows them to share their love of the park with others and grow the community of waterlovers. 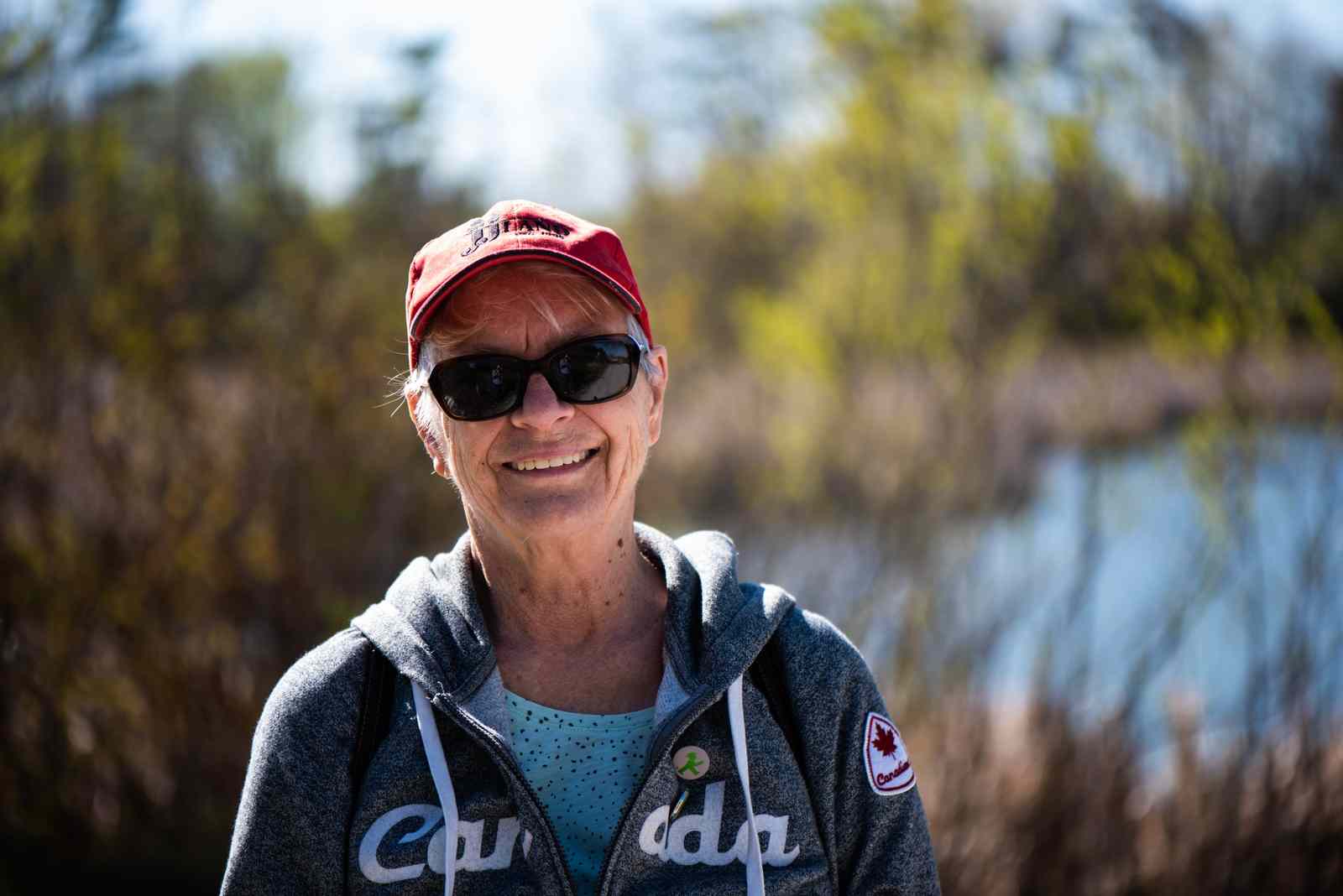 Like the many animals that live in the area, people are using the park as a home outside of home, especially during the Covid-19 pandemic. I had the pleasure of speaking with Sue G., a frequent visitor to the park who first visited almost a year and a half ago. She believes that during a time when people have been so confined to their bubbles, having access to areas such as Frenchman’s Bay has been instrumental in their journeys into what green and blue spaces offer.

Sue is not alone in that sentiment. Most of the people I spoke to said that they had noticed a general increase of presence in the area as people took refuge in the natural world for their mental health during a difficult situation. 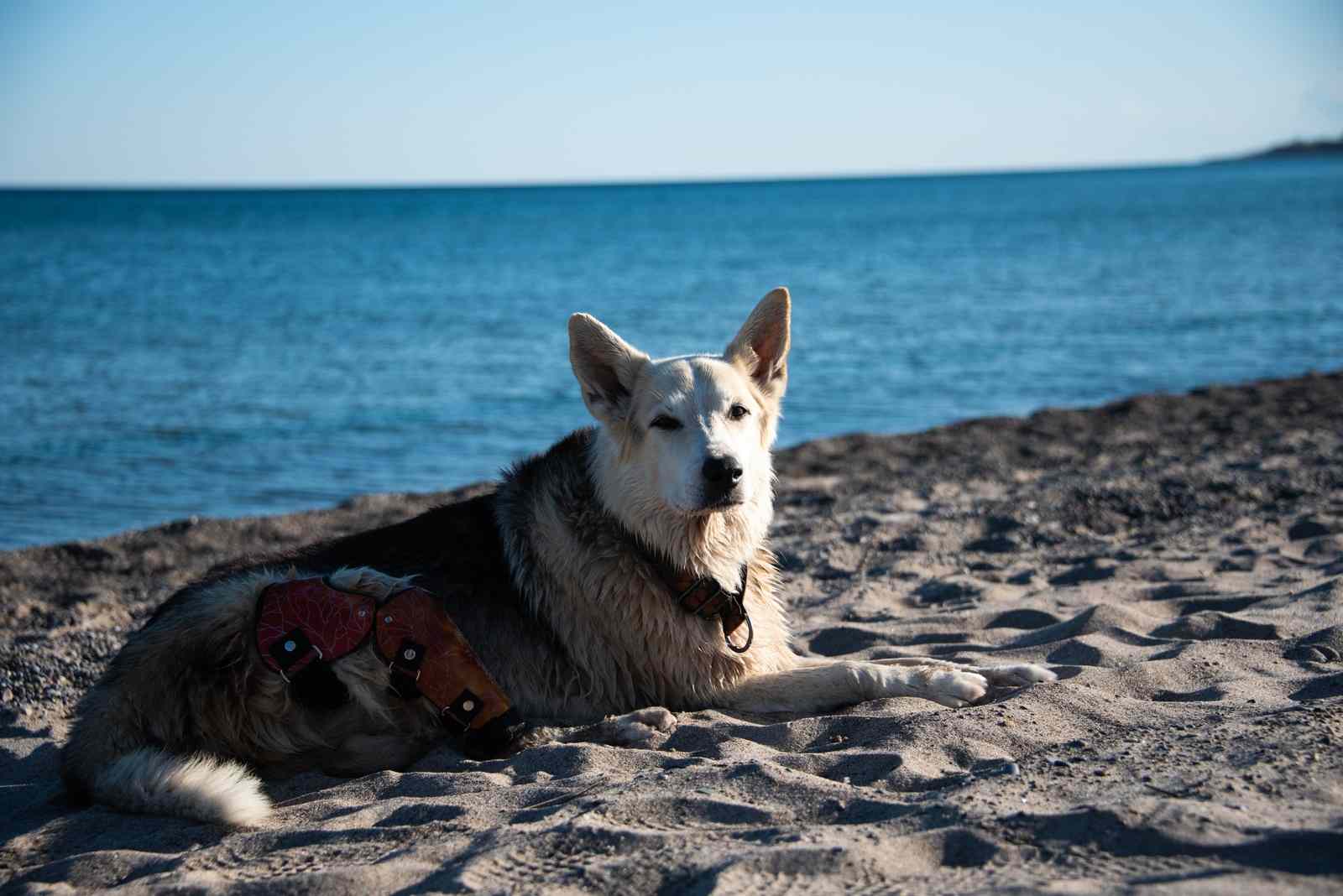 For me, the beauty of the restoration efforts lies in that, no matter how people are enjoying the area, whether that be by foot, car, bike, kayak, windsurfing, or anything else you could imagine doing here, they are recognizing the value of restoring and protecting shorelines across the Great Lakes. Fight for your kayaking spot, your fishing hole, or even the beach you like to walk your dog on so that you and lots of others get to enjoy that place now and in the future! 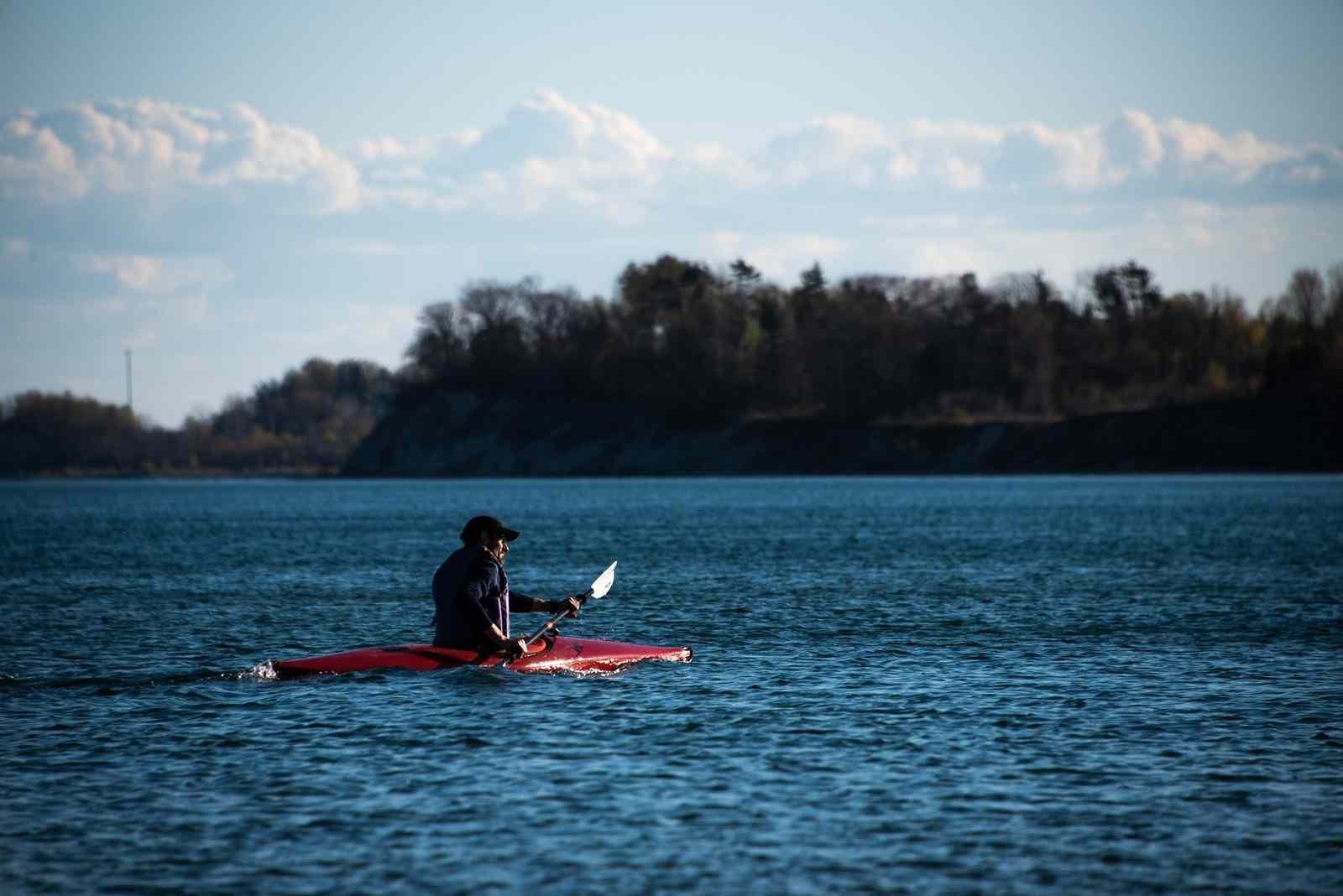 Advocating for the Great Lakes is easier now than ever before.

Learn how to become a citizen scientist in the Great Lakes or submit photos of what you see by the water to our AI lake monster, Gassy. She analyzes your photos, whether they’re of litter, people, or wildlife, to help us keep track of what’s going on at different waterfronts. If you’re looking to start giving back, Gassy is a great place to begin your journey and you can even directly contribute to the health of the new and improved Frenchman’s Bay through it. 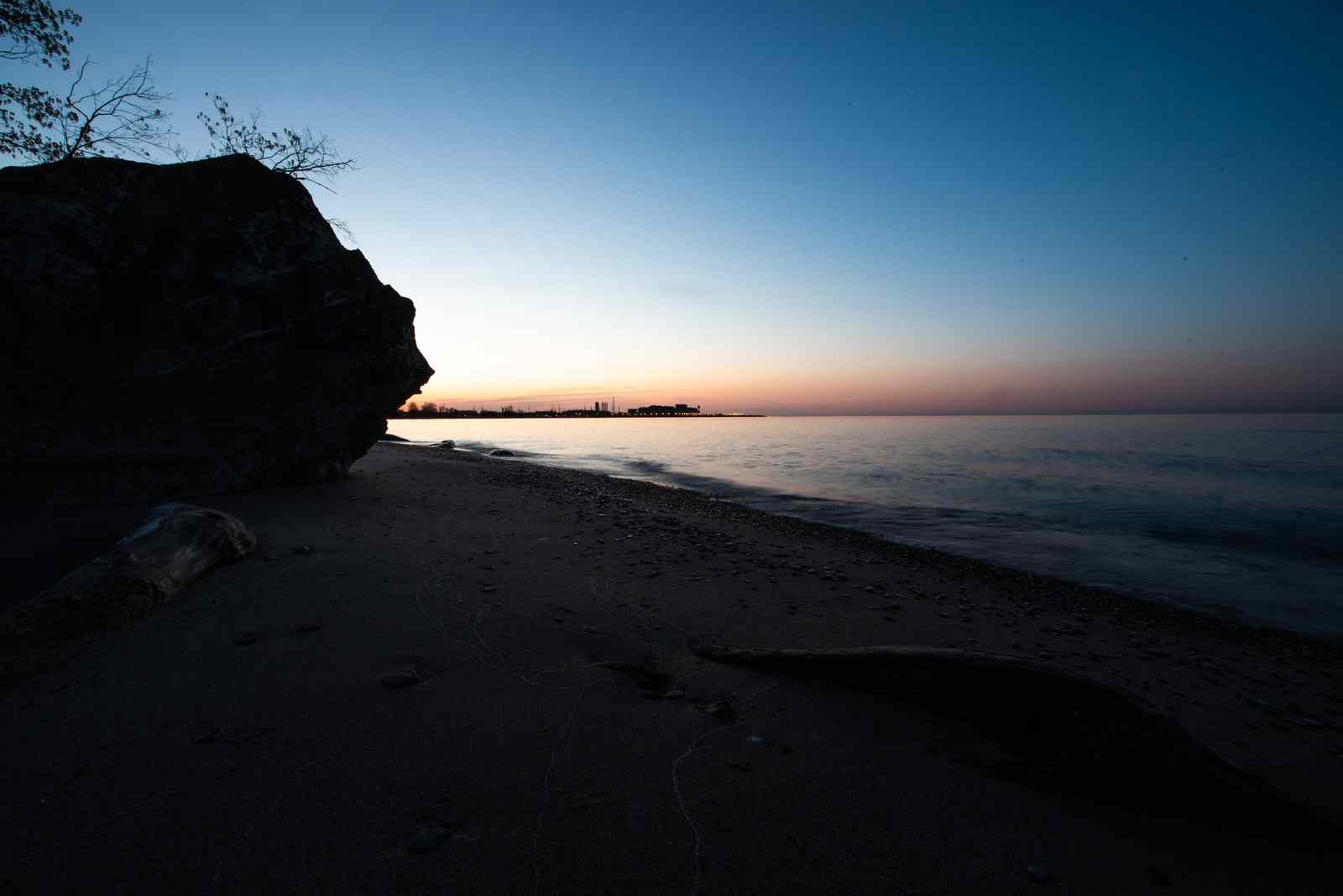