Did you know that our freshwater Great Lakes are getting saltier?

Winter has arrived in the Great Lakes region, and with it comes piles, and piles of that white stuff. No, I’m not talking about snow. I’m talking about road salt.

Road salt is everywhere, piling up along our sidewalks and bus stations, staining our boots, and causing cracks in our infrastructure. But road salt also has dangerous and less visible side effects: it’s making our Great Lake ecosystems salty.

We sat down with Anthony from World Wildlife Fund Canada (WWF-Canada) to learn how road salt affects the Great Lakes. 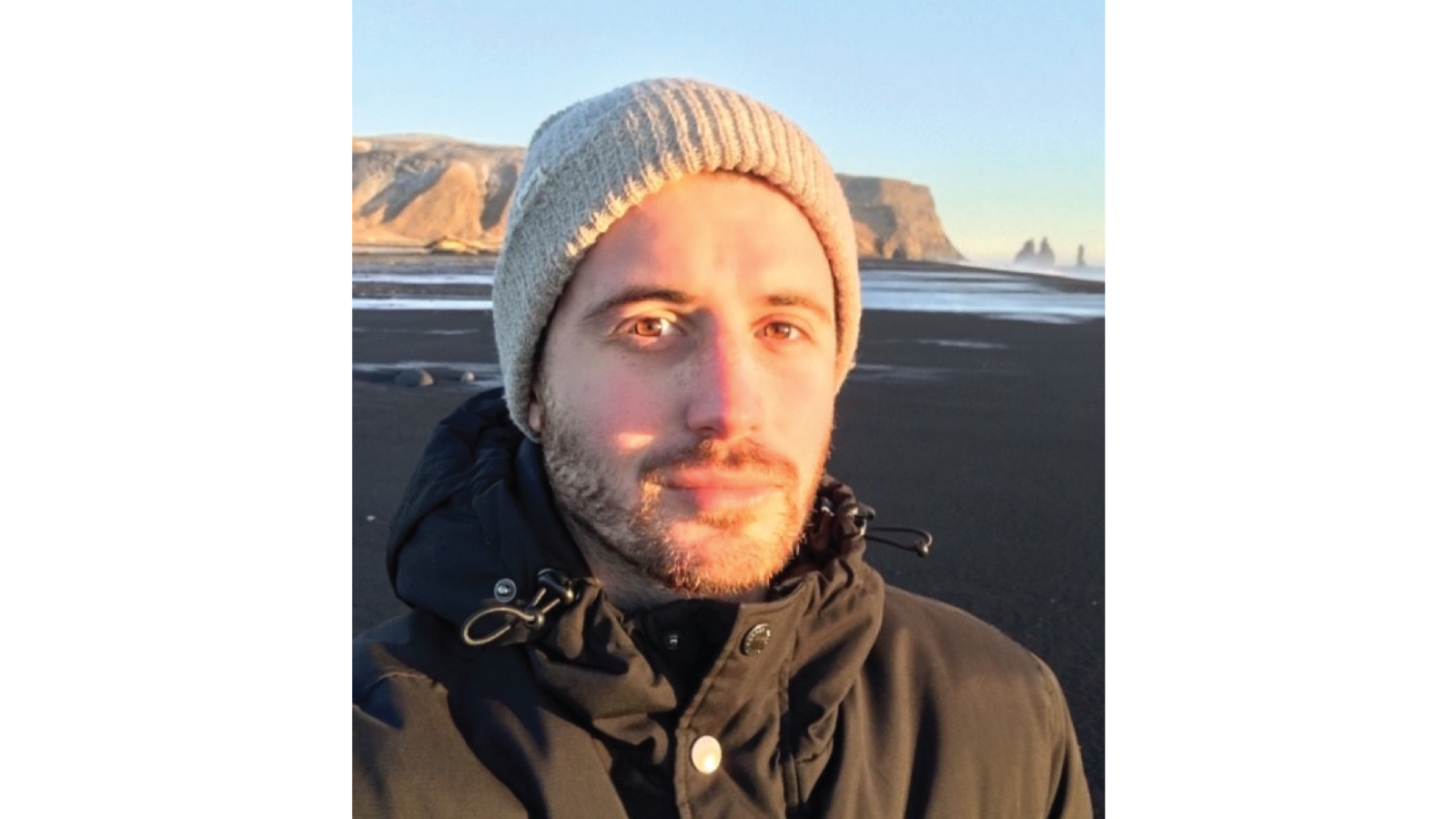 Anthony Merante was born and raised in Niagara Falls, Ontario. Growing up in Niagara fostered a deep passion for water. After completing his studies at the University of Guelph and Université du Québec à Montréal, Anthony started working in the field of Freshwater Biology.

Anthony now lives in Toronto, working as the Freshwater Specialist at WWF-Canada. His projects specialize in all things freshwater conservation, from protecting wildlife, to improving regulations and policy around the Great Lakes and freshwater. Every project that he works on focuses on the overall mission that people and nature can thrive together.

One of the biggest projects that Anthony works on is Great Lakes road salt reduction. In that role, he works with the private and public sector, and the provincial and federal governments to promote and support leading practices for road salt reduction.

Why do you focus on road salt in the Great Lakes region?

The goal behind this project is to balance public safety and environmental health. We have an area in Southern Ontario that’s highly populated - there are lots of roads and lots of parking lots - and no regulations or limits exist on the amount of road salt that we can put down. It is toxic to freshwater ecosystems, it’s toxic to freshwater life, and in this region we have over 200 aquatic species at risk.

There is a need for us to limit the amount of road salt that we are putting down to keep laneways, streets, parking lots, and other public areas safe for people. At the same time, we must understand that what we’re putting down on the ground is connected to the water. 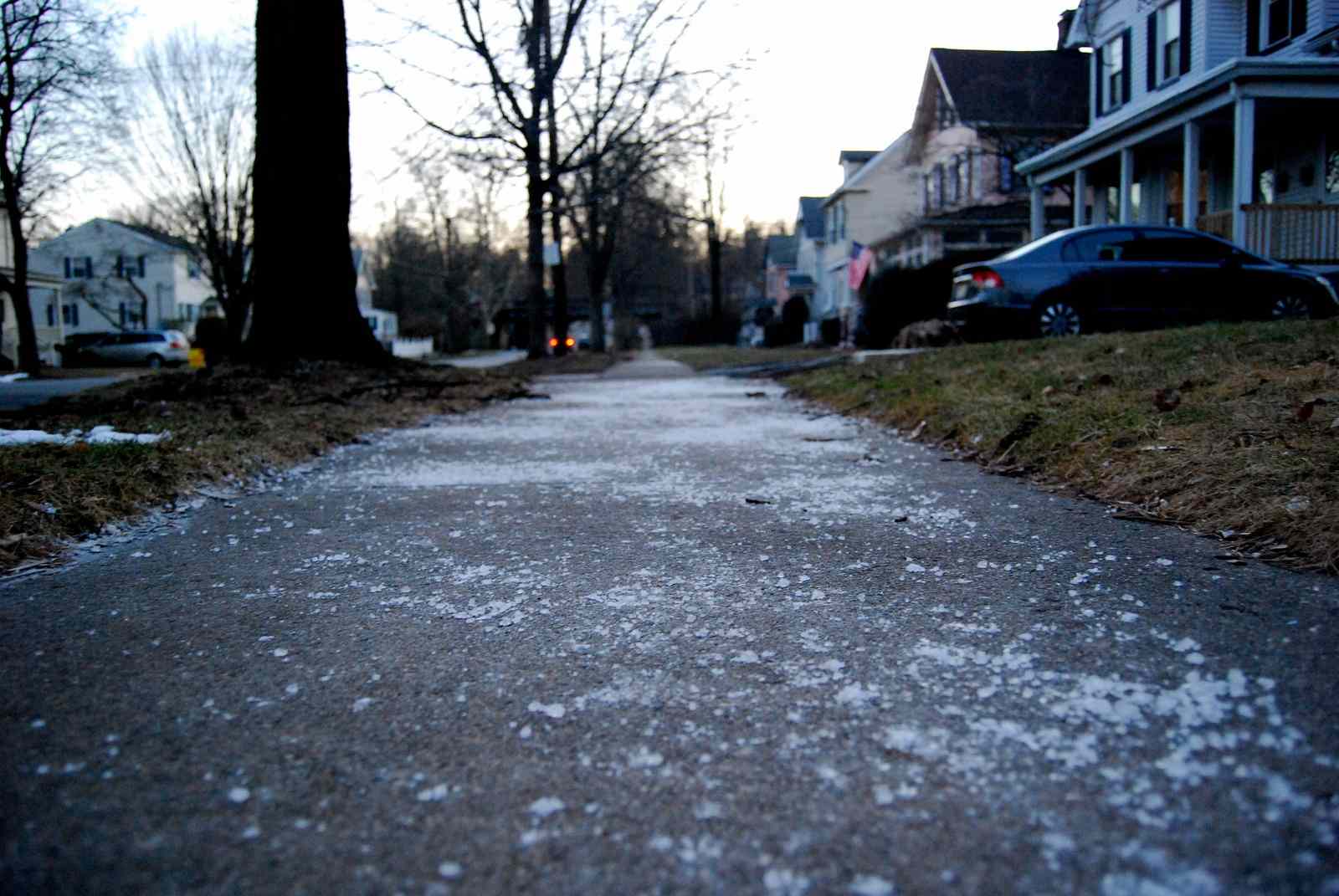 “That is our drinking water. That is habitat for species at risk. There is intrinsic value in protecting that water.”

A lot of people are disconnected from the Great Lakes. They think, “I am making my driveway safe,” and they’re not making the connection that the storm grate at the end of their driveway leads directly to the river that is next to their home. We want to help people make that connection.

How exactly does road salt work?

The way that road salt works is by interacting with the snow and ice, lowering its freezing temperature. It saturates itself into the liquid until the liquid is gone. If there is no liquid anymore and the salt is still there, then that salt is subject to wind blowing it into a drain or a nearby water body. 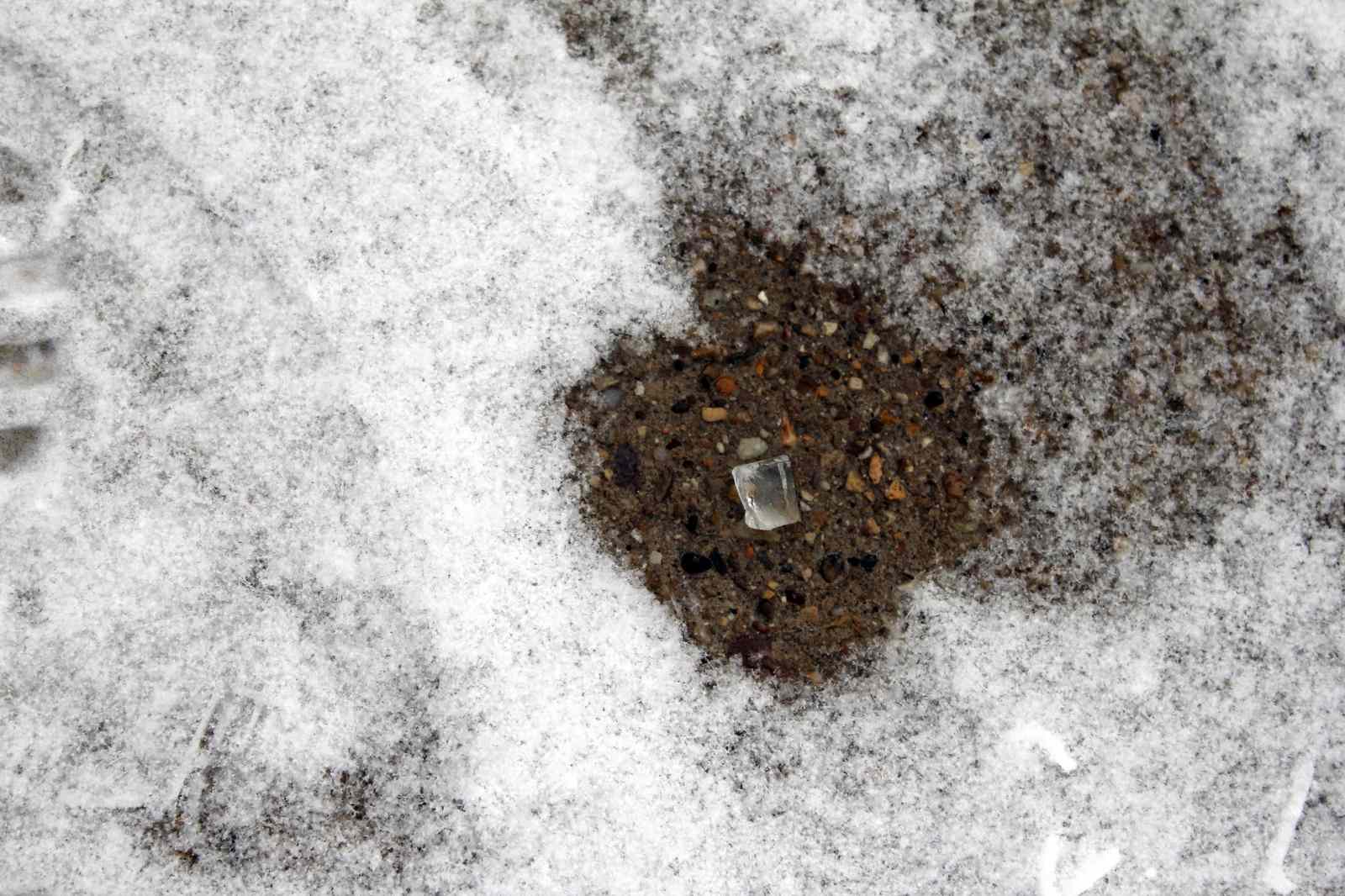 The problem is that we are really overdoing it with road salt. By a lot. There is sometimes 30 to 100 times too much salt put down. If you see salt on the ground and there’s no snow around, it’s not working and it’s not serving a purpose.

Road salt also only works effectively between zero and negative ten degrees celsius. Otherwise, it takes too long for it to really have an effect on safety. There is a real gap in knowledge and application of road salt. 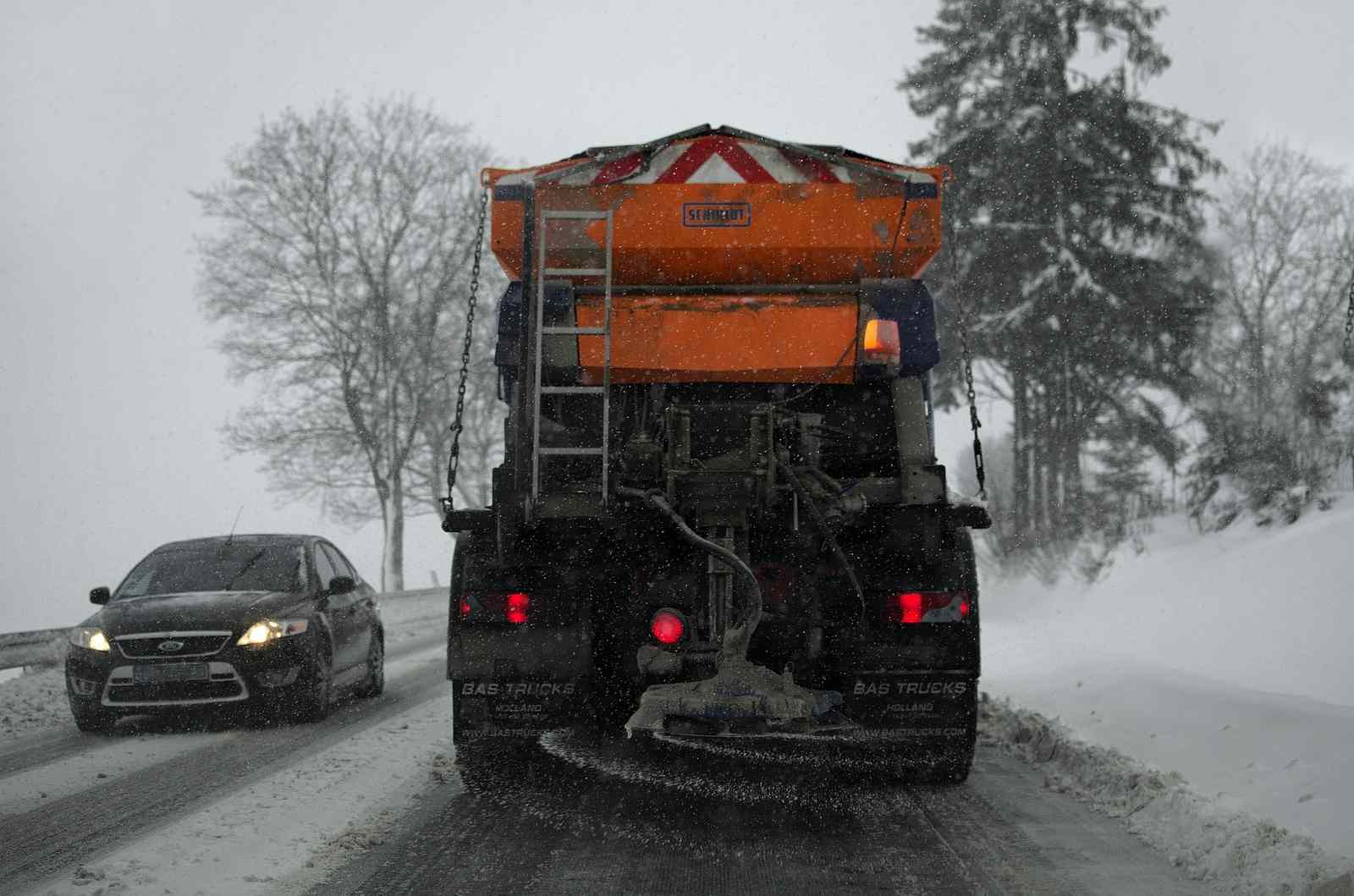 This is where we get into the chemistry of it. Road salt can come in many different forms. Road salt can be sodium chloride (NaCl), calcium chloride (CaCl2), or magnesium chloride (MgCl2). You will see it called a number of different things: road salt, rock salt, winter salt, ice melt. But no matter what it’s called, it is always a chloride (its chemical formula always ends in Cl). 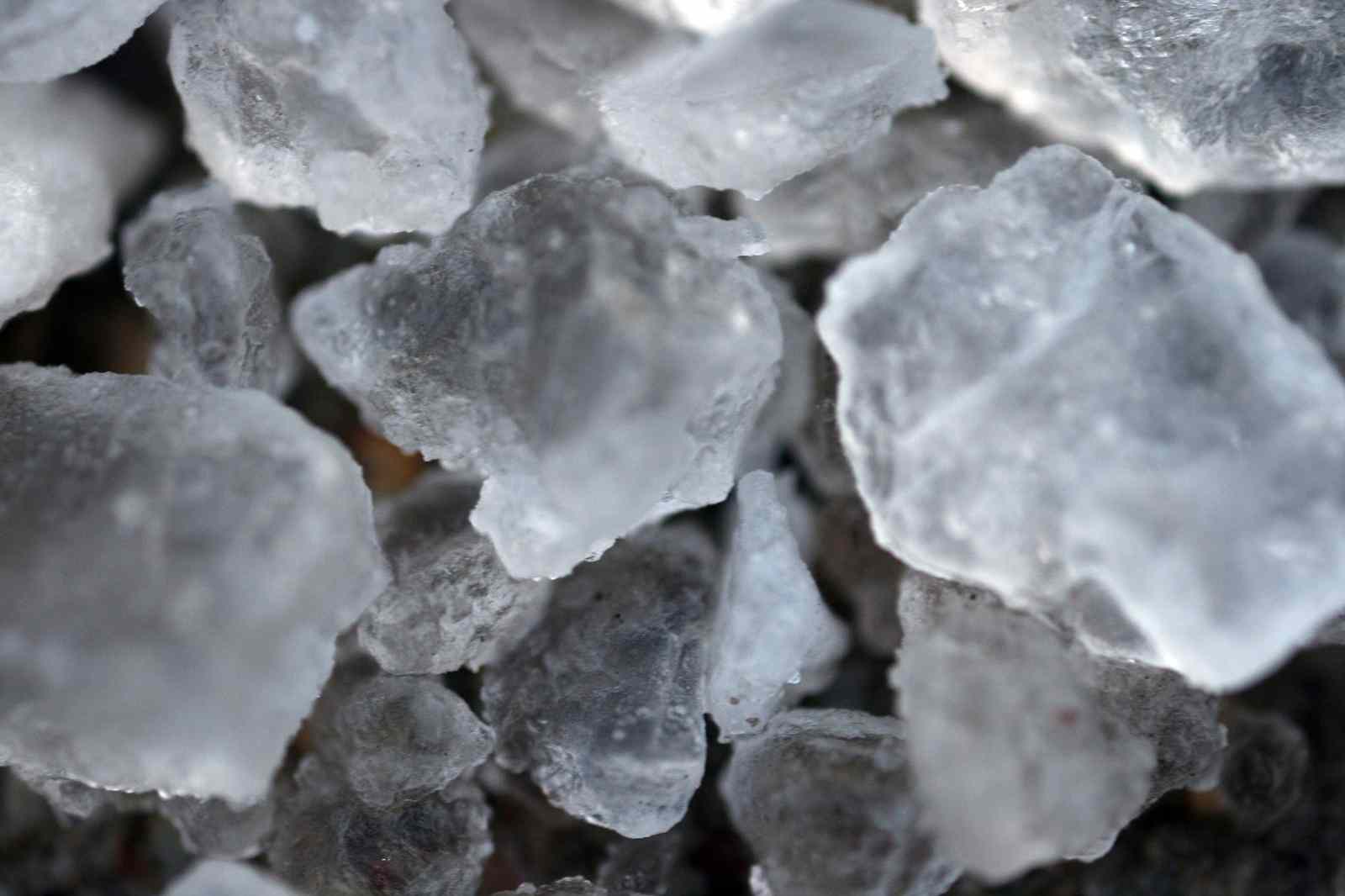 At its most basic, the difference between freshwater and saltwater is the lack of salt. So, when we start adding salt into freshwater it completely changes the habitat for those species. Chloride, specifically, interrupts osmosis (the passive movement of water or other solvents through a membrane), it interrupts breathing, and it interrupts a lot of crucial stages of juvenile development for young fish and amphibians.

Road salt is a very toxic substance and the younger and more sensitive you are in life, the more severe the impact. 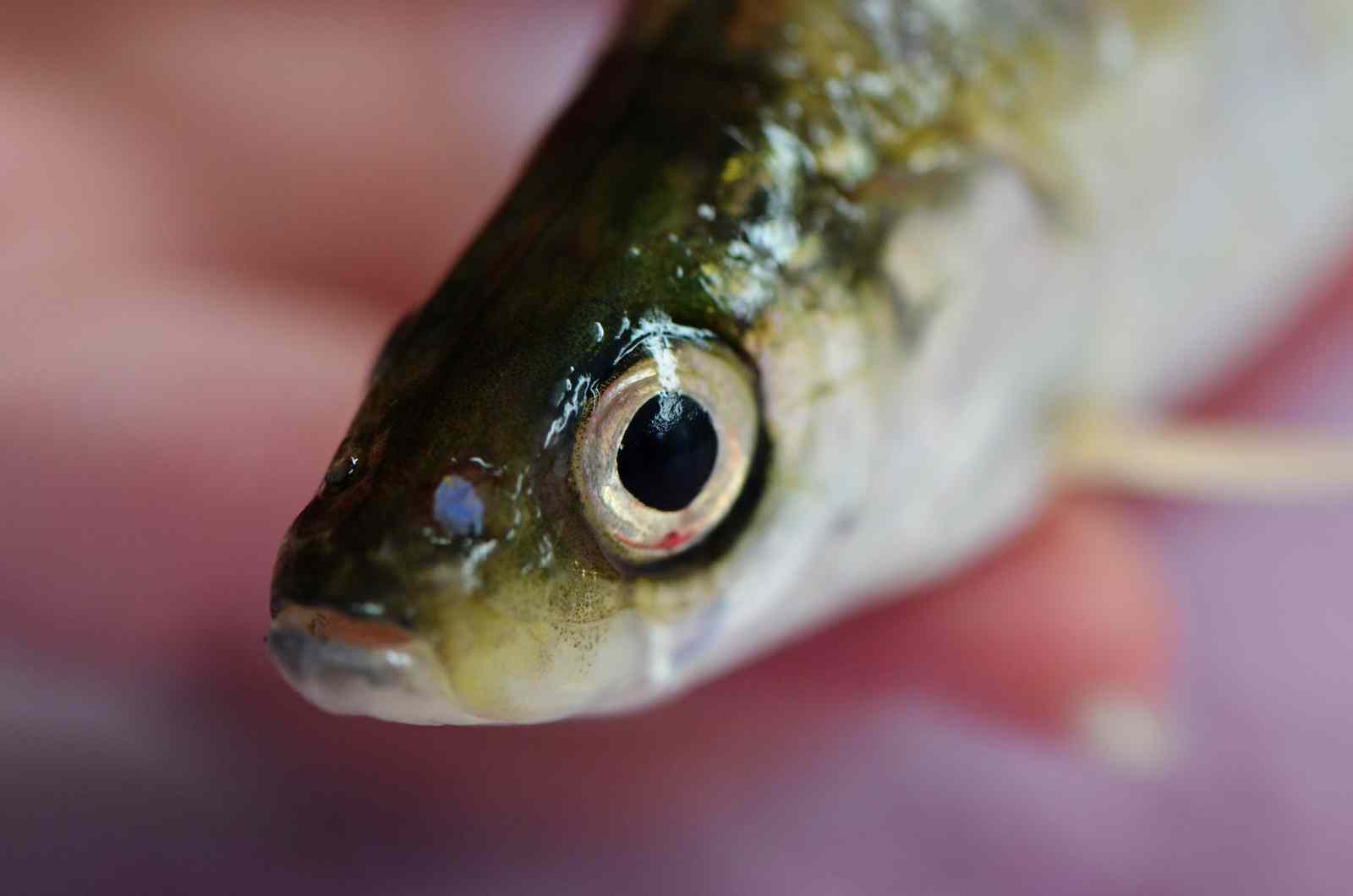 I like to use this metaphor: We are humans sitting in a room with a certain amount of oxygen. Add more oxygen or start removing oxygen and we won’t be able to breathe. It’s the same thing with aquatic organisms; they are adapted to a certain amount of chloride in the water (which should be next to none in freshwater).

By adding road salt and constantly loading the water with chloride and ions, you are changing the habitat to where it’s no longer liveable. 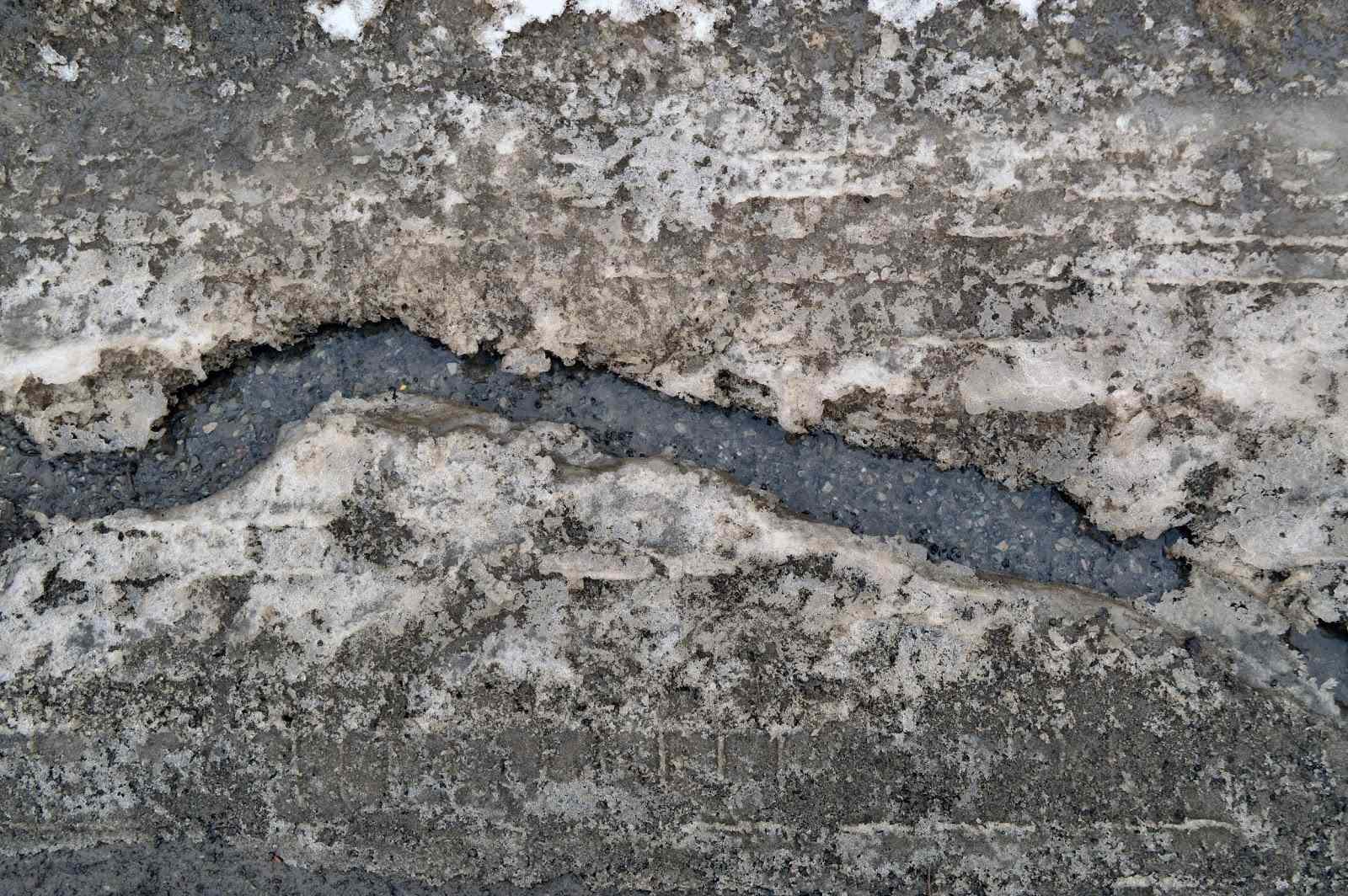 What happens to the road salt on my driveway?

We are an inland system here in the Great Lakes region. We are not close to the ocean. That means that none of our soil, bacteria, plants, animals, waterbodies, rocks… nothing is adapted to absorb salt. Salt does not break down, so the only way that it can leave our system is by flushing it out. 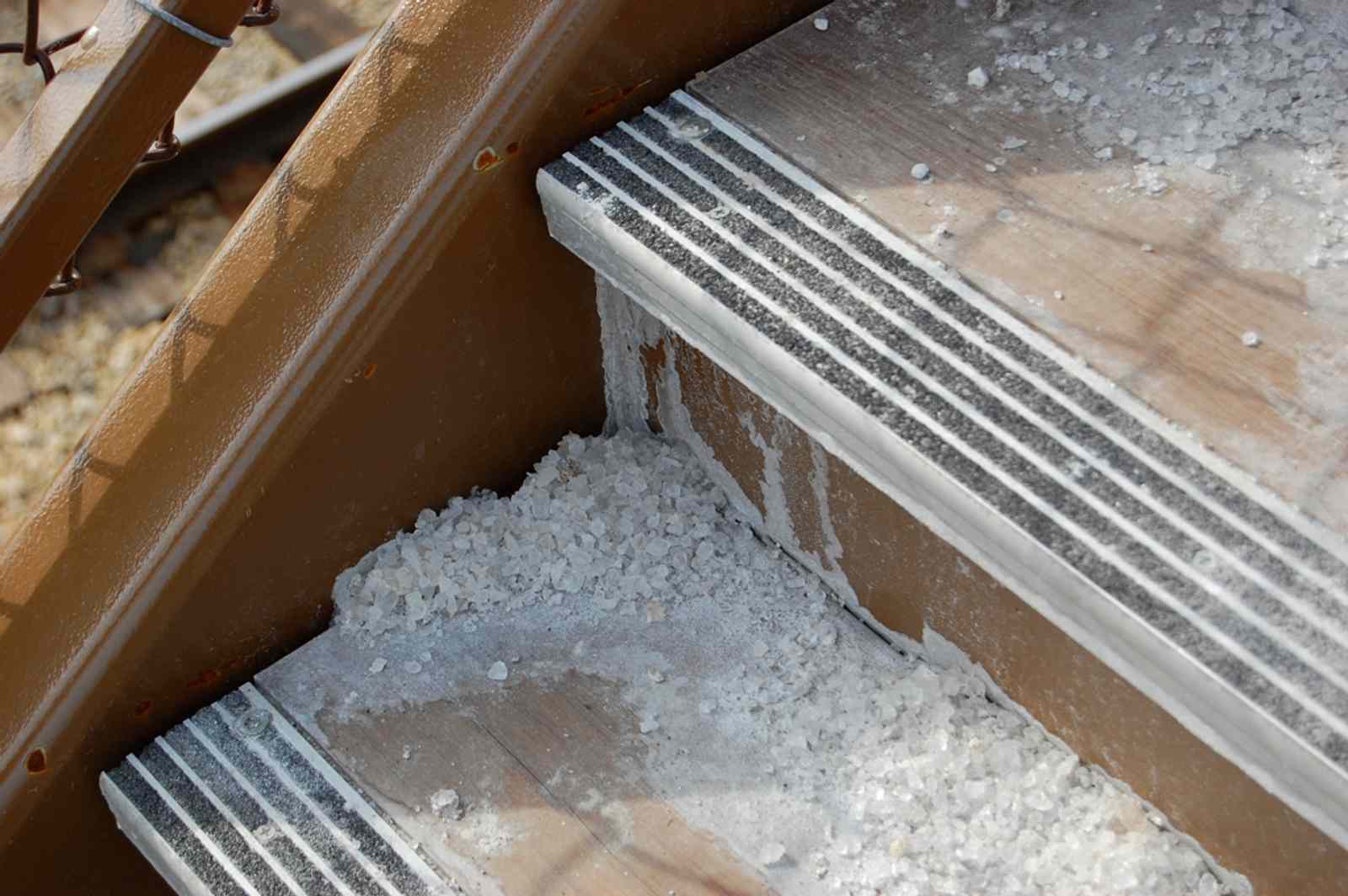 We do have a flowing system that does eventually lead to the ocean: the Great Lakes are all connected and they flow into the St. Lawrence River and out to the Atlantic. This is great! The only problem is that we are loading so much salt into the system that it is not able to recover fast enough.

We see the biggest impacts of road salt in our rivers. Many rivers are seeing unhealthy levels almost all year round. There was even an instance in Mississauga where a river reached chloride levels higher than sea water after a large spring thaw event. 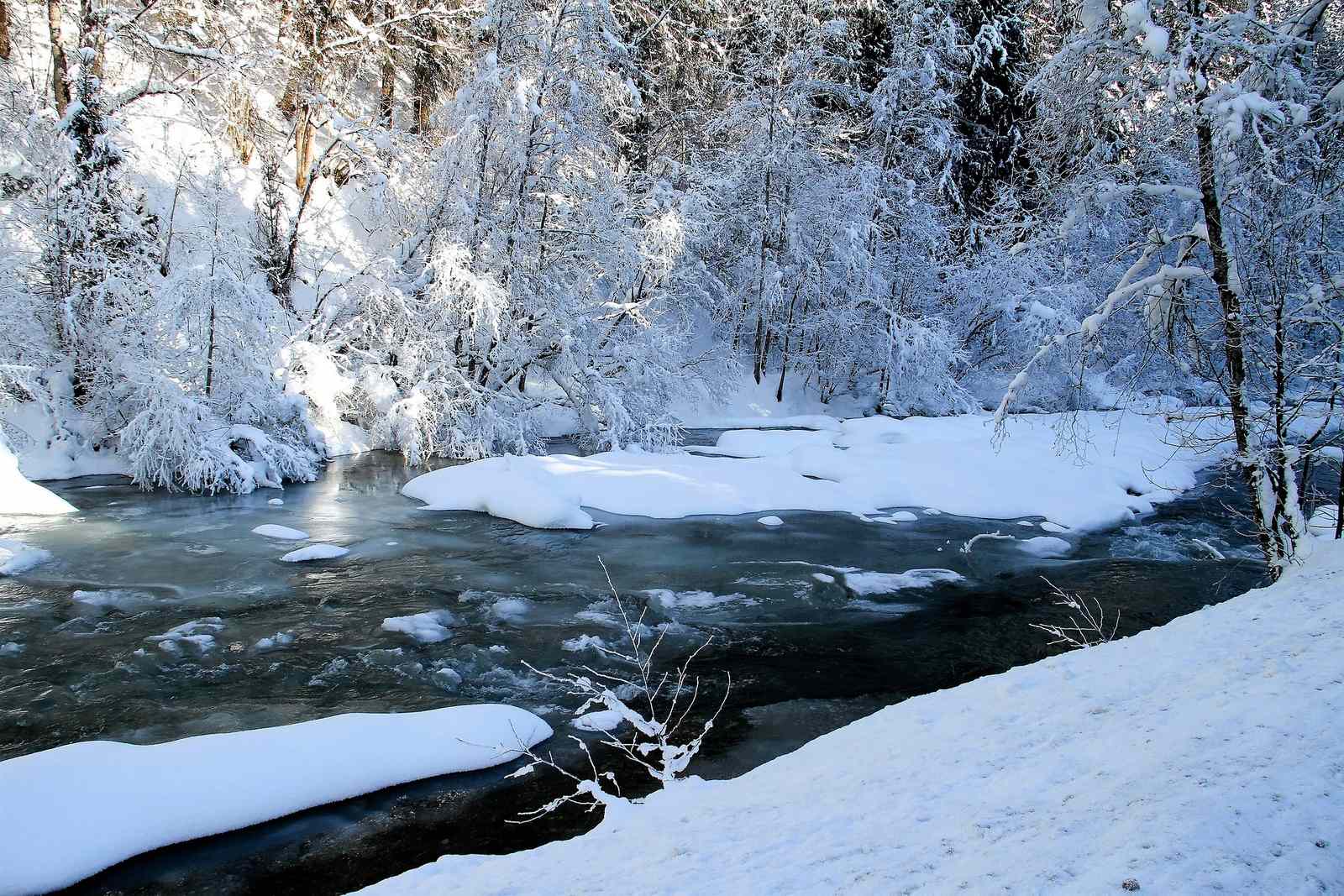 The Great Lakes themselves have such a high volume of water that you won’t necessarily see lethal levels of salt in the lakes. But the problem? That’s not where fish spawn. Fish come into creeks, rivers, and wetlands to spawn - very close to where we’re laying down salt.

If we move out of the aquatic environment, we also see negative impacts on land-based wildlife. Excess road salt creates large salt licks on the road. This encourages large animals like deer, moose, and elk to come onto the road and lick up salt because it’s tasty. Of course, this introduces human-wildlife conflict.

What can people do to reduce road salt?

First and foremost, the most effective way of keeping an area safe is to do mechanical plowing. Now, I know that mechanical plowing is not a friendly term. It means plowing, it means using your shovel and hopping out there in the morning to prevent ice from forming. That’s the most proactive way to create a space that is safe. 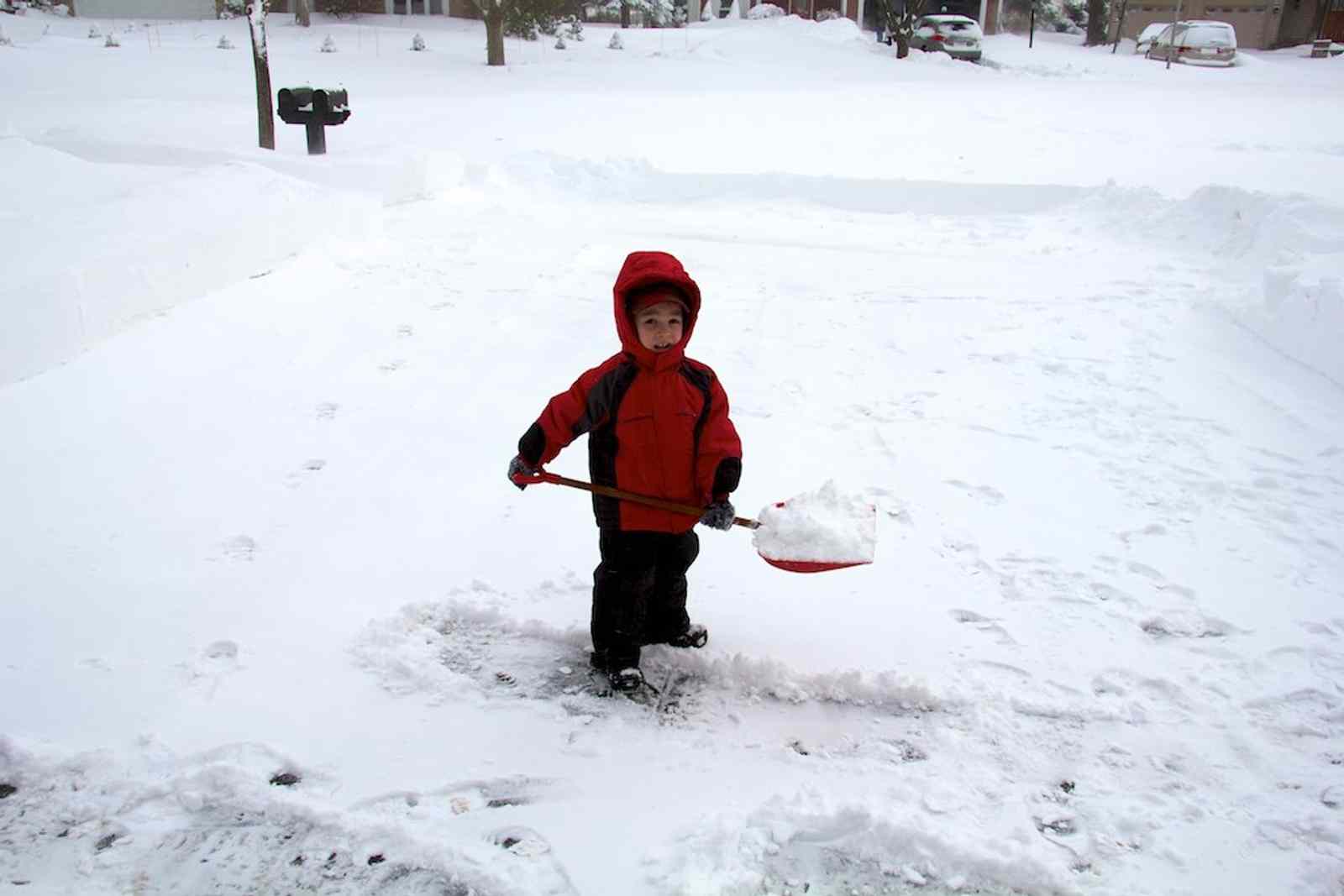 Other ways that you can get around ice forming is to look for potholes, cracks, and downspouts on your property. Are you unknowingly shovelling snow uphill so that when there’s a thaw the water melts down and freezes overnight? Look at your property and do a site assessment to see where snow should go so that, in the event of a thaw, you prevent pooling and ensure proper drainage. Always put your snow downhill.

Alternatives are out there on the market, like beet juice, blue rock materials, and sand. If you are buying alternatives, make sure you look on the package for the word ‘Chloride’ (Cl). If you see chloride, you are buying salt.

But, I will say that there is a benefit to using salt that is dyed because instead of seeing white-on-white and potentially overdoing it, you are now seeing a different colour. Intuitively it makes you want to use less.

Some people use sand or kitty litter, but I would advise against that. Kitty litter has its own chemicals and both sand and kitty litter clog pipes and can build up in marshlands.

In most cases, you need approximately two and a half teaspoons of salt per metre squared to clear an area. Measure out the size of your property and plan out how much salt you really need.

To learn more about road salt and what you can do to help, read “The price of salt: How road salts are affecting our Great Lakes”