It’s 1793 and the captain of the Felicity is steering his sailboat through the shallows of Lake Erie’s islands, duck hunting and admiring the rugged natural beauty of the area. His loud shots ring out, echoing over the still water.

Suddenly, the captain sees something that makes his blood run cold.

According to the captain, an enormous serpent had started thrashing around near his boat, having been startled by the gunshots. He reported that the creature was huge—easily over 5 meters long—though it disappeared before he could get a better look at it.

This was the first ever reported sighting of Bessie. 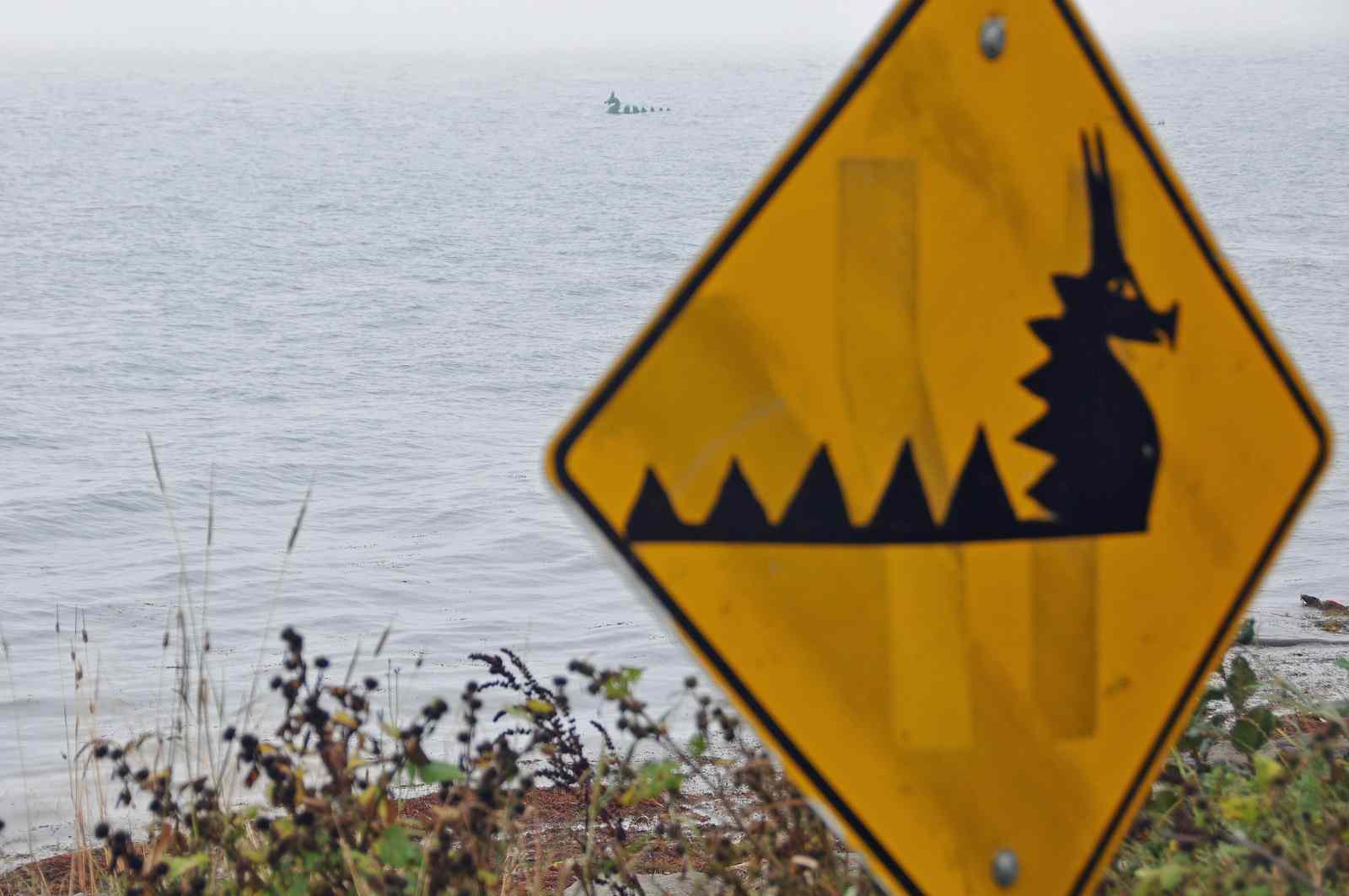 Lake Erie is the most southerly, shallow, and biologically diverse of all of the Great Lakes. Its shallow depth makes it the warmest Great Lake and a favourite destination for summer recreationists, migrating birds, and, of course… Miss Bessie.

Lake Erie supports the highest fish production of all the Great Lakes. It’s no wonder the lake is home to one of the world’s largest and most valuable freshwater commercial and sport fisheries.

Think of Bessie as the Loch Ness Monster’s Canadian cousin. I like to call her ‘knock-off Nessie’.

She goes by other names, too. She is also known as the “Great Snake of Lake Erie,” the “Lake Erie Monster,” and “South Bay Bessie”. Most Bessie sightings happen in the south bay area, along the Ohio coast near the Lake Erie Islands. 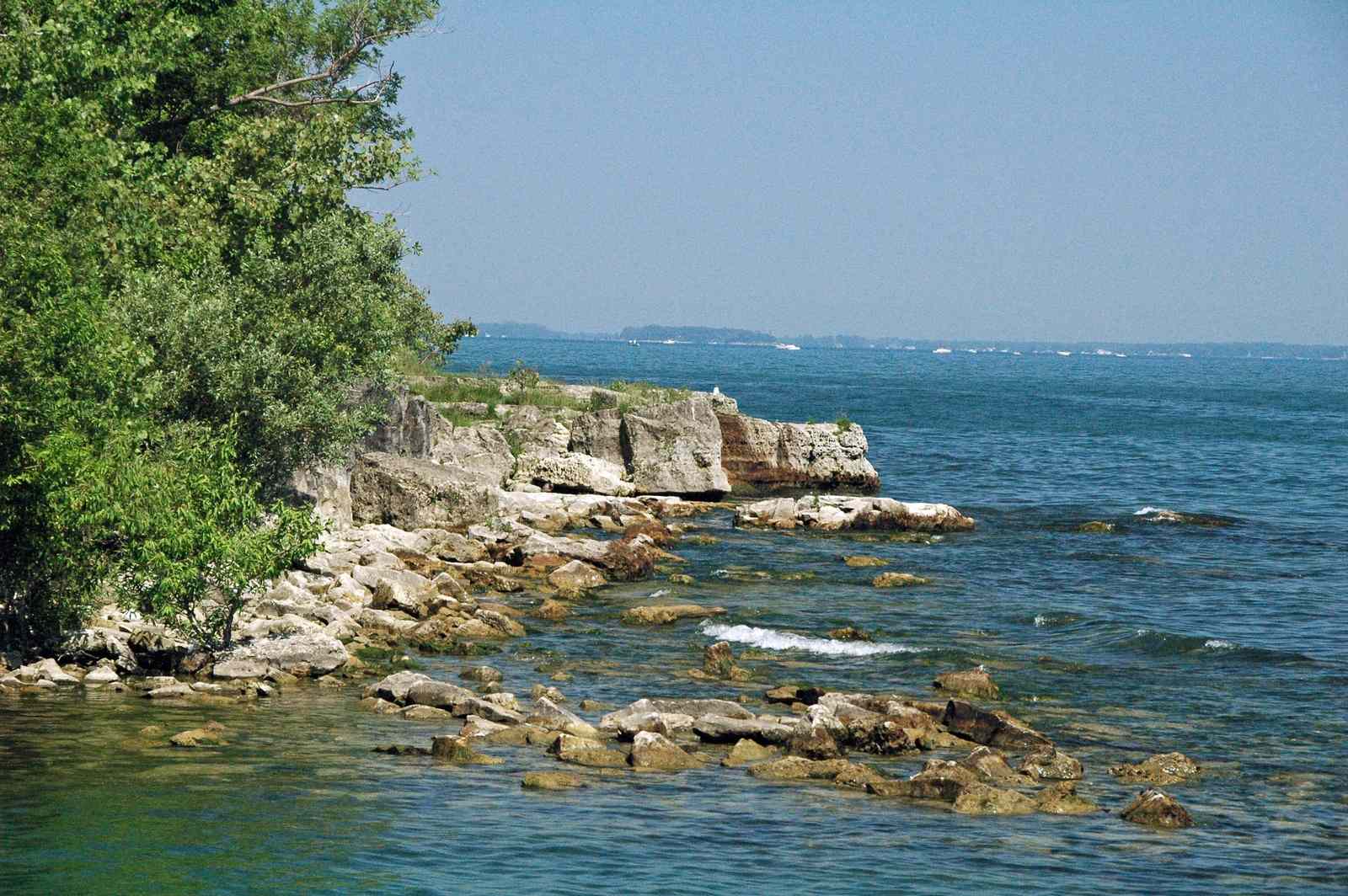 I should probably mention that the Lake Erie Islands are near plenty of resorts and tourist areas, where people drink, party, and live it up on boats… coincidence? Maybe not.

Over the centuries, people have described Bessie in many ways. Some say she has a dog-like head and large fins. Some even say she has human-like arms.

Her colour has been reported as grey, copper, or silver. One thing that’s fairly consistent across sightings is her long, snake-like body that measures anywhere from 5 to 18 meters long.

Cryptozoologists often believe that lake monsters are surviving relatives of the Plesiosaur, a huge marine reptile with a long neck that supposedly went extinct with the dinosaurs. Could Bessie be the ancestor of this ancient species? 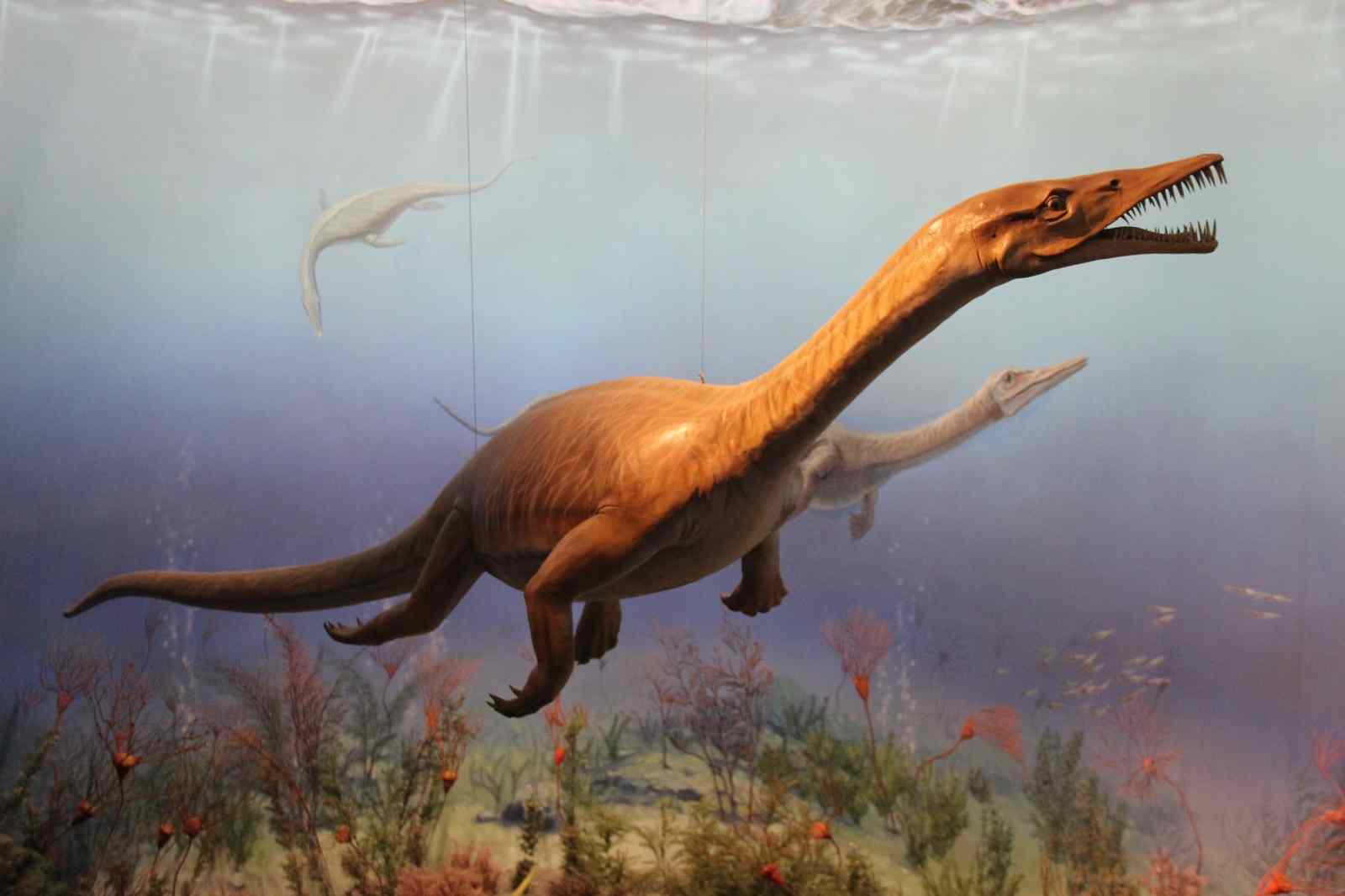 Indeed, Bessie has been called reptilian.

In the 1980s, two women spotted the Lake Erie Monster. Theresa Kovach, a woman from Akron, described the creature as reptilian and snake-like, with big flippers—much like those of a Plesiosaur.

According to Theresa, the creature was so large it could have easily capsized a boat and it seemed to be playing. Luckily for the women, Bessie was more interested in folicking in Lake Erie’s waves than overturning boats that day.

Oniare, the ancient water spirit of the Great Lakes

Bessie has been the subject of superstitious sailors, drunk tourists, and newspaper hoaxes over the centuries. But the legend of the serpentine creature living in Lake Erie actually originated in First Nations culture.

First Nations groups in the Lake Erie region, particularly the Iroquois tribe, would speak of Oniare (“own-yar-eh”), a water spirit that lives in the Great Lakes. The name “Oniare” is the Mohawk word for "snake.”

Oniare is a horned dragon-like snake that breathes both poison and fire (talk about bad breath!). Oniare is said to capsize canoes and devour humans, though the creature will sometimes spare travelers who make great enough offerings. 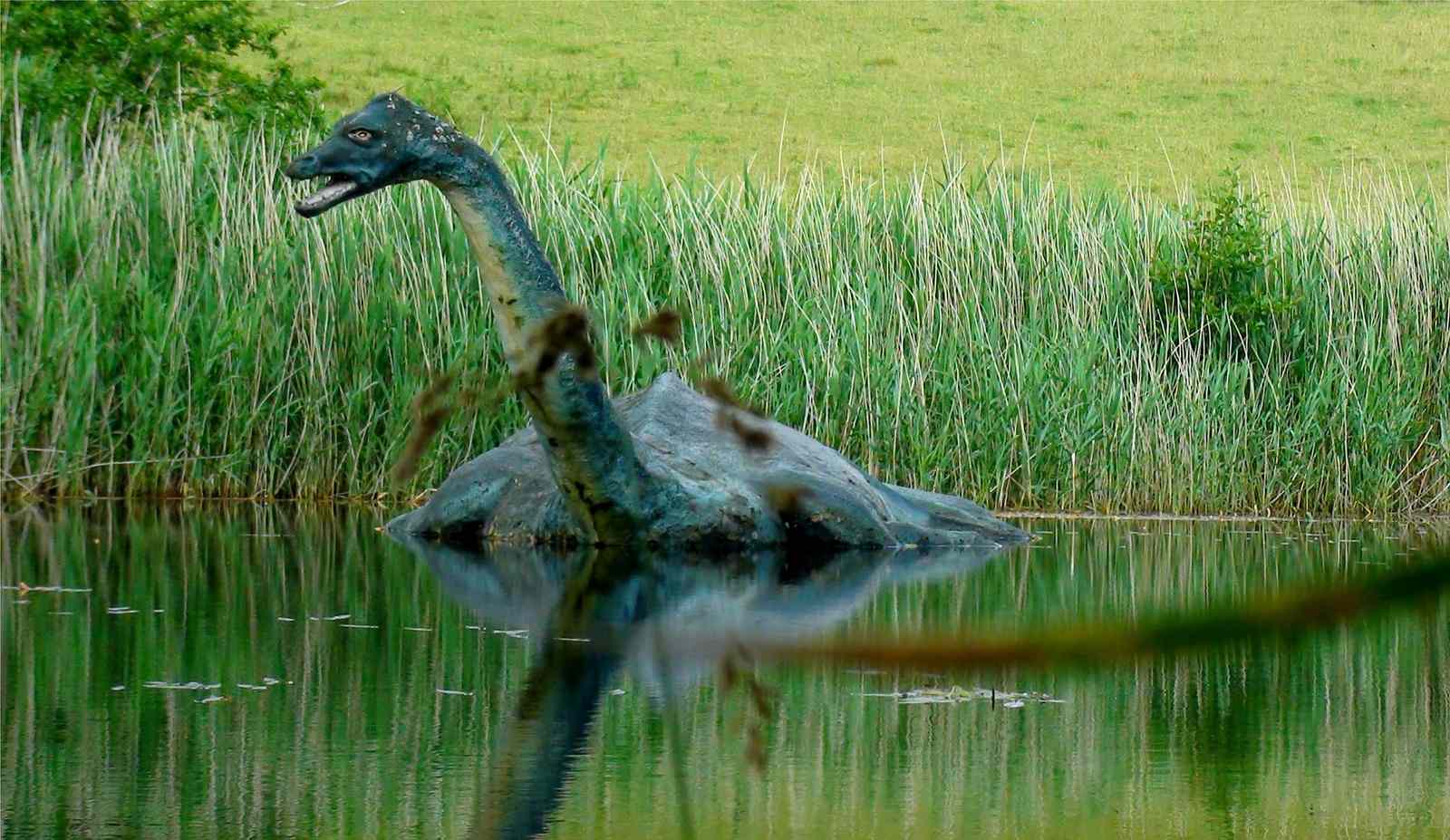 You got any smokes? | Credit: Stanley Zimny (Flickr: Link)

Could Bessie and Oniare be one and the same? Bessie’s relationship to Oniare is uncertain, but one thing is for sure: Bessie has grown into a cultural phenomenon.

She has inspired the name of a hockey team and a seasonal craft beer by the Great Lakes Brewing Company. She’s even spawned roadside sculptures and appeared in children’s cartoons, like the popular animated show, CatDog. 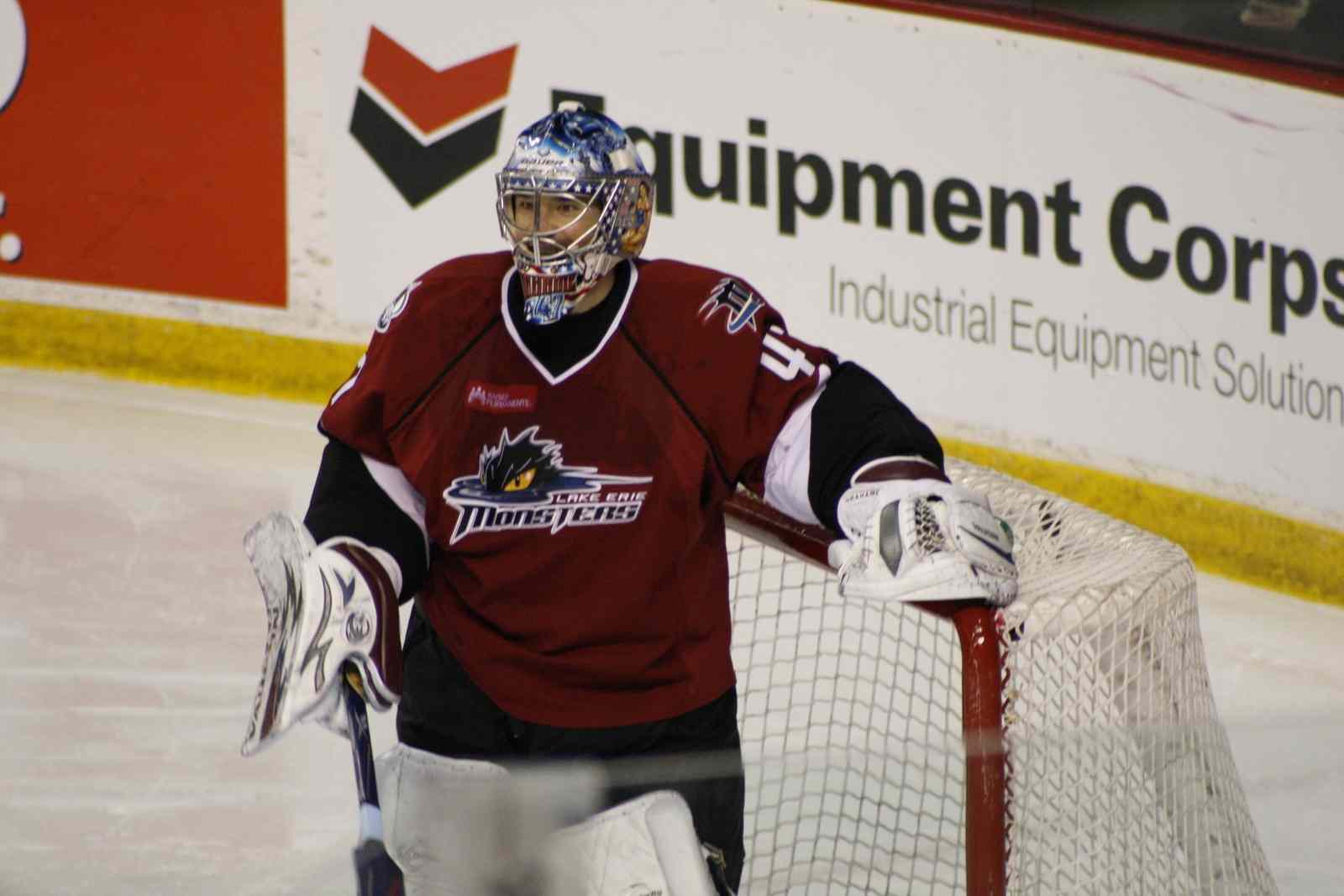 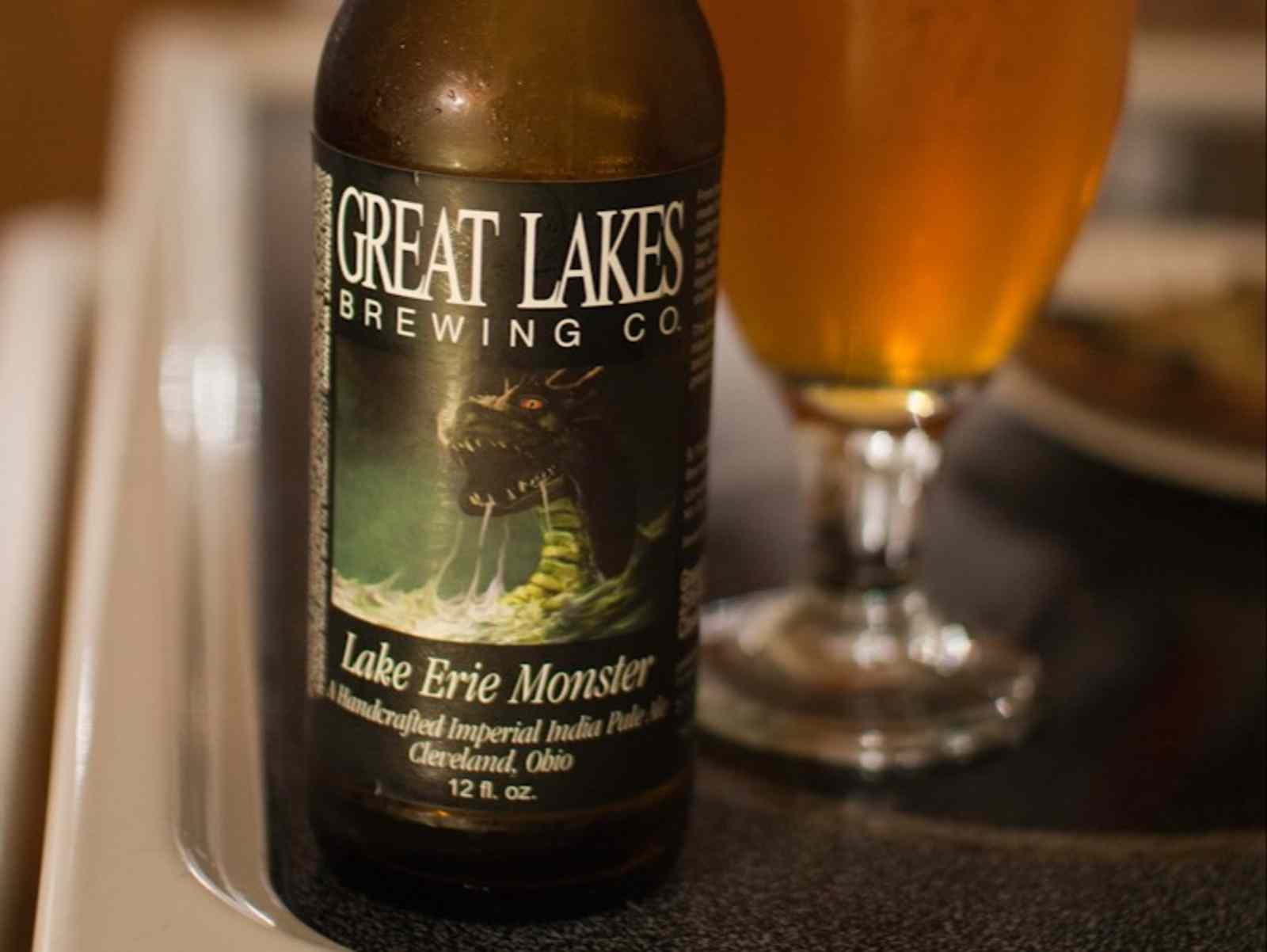 The last documented Bessie sightings occurred in the early 1990s. But if you think you’re safe in the 21st century, think again. 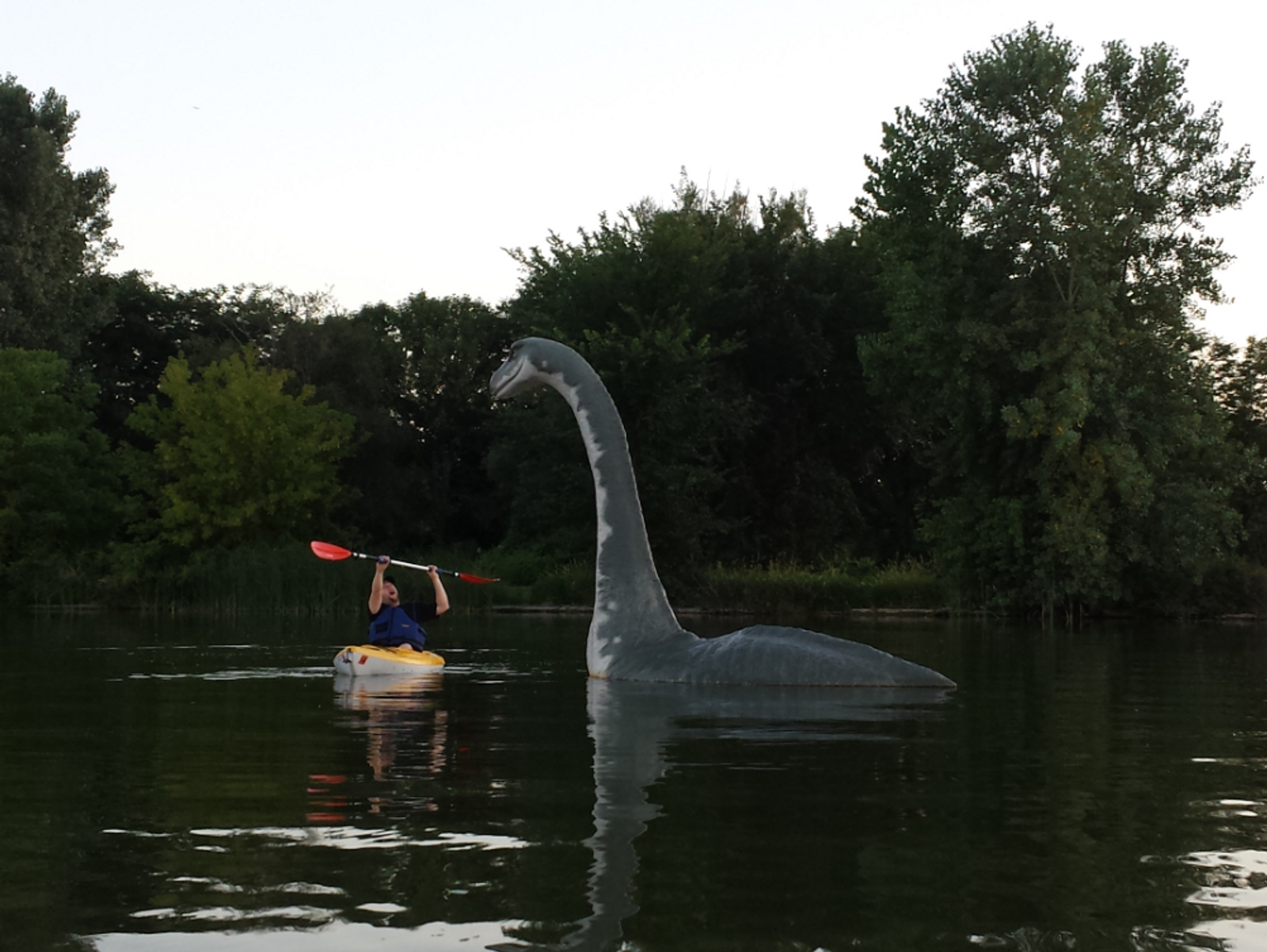 No one is safe. No one will ever be safe. | Credit: Jenni Konrad (Flickr: Link)


Beware of the Lake Erie Chomper

Monsters in Lake Erie have been reported as recently as 2001, when a creature dubbed the “Lake Erie Chomper” first attacked near the Port Dover pump house. In less than 24 hours, two unfortunate swimmers were left with vicious bite marks.

Let me set the scene.

It was the summer of 2001 and 47-year old Brenda McCormack was headed to the beach for a sunset dip. The waters were calm, the sky golden, and nothing seemed amiss. 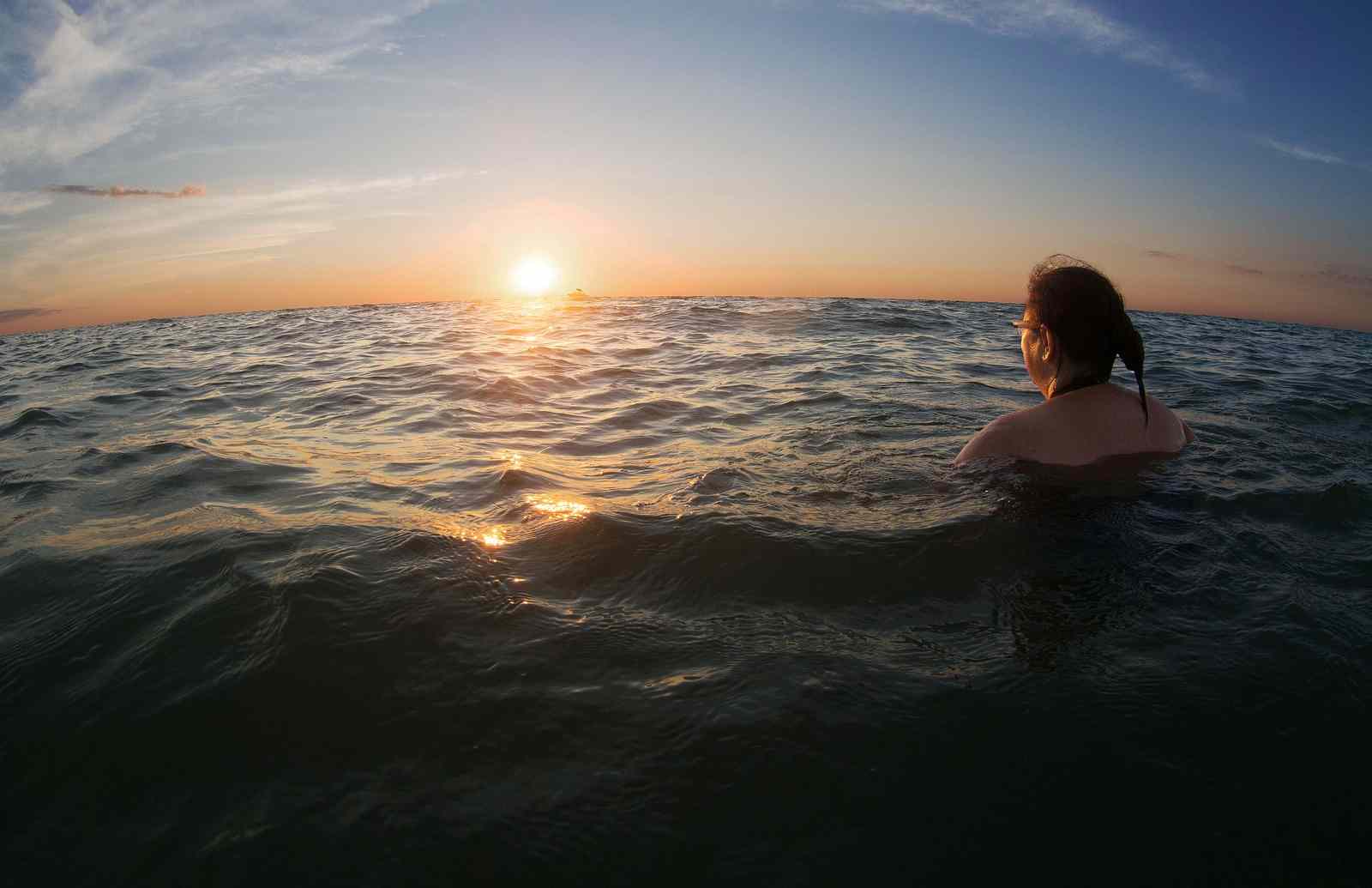 Brenda, nooooo! Turn back while you have the chance! | Credit: Andrew Grieve (Flickr: Link)

Brenda had only just slipped into Lake Erie’s cool, refreshing waters when she felt what she could only call a “chomp” on her right calf.

Frantically, she made her way back to shore, only to discover something horrifying. Imprinted on her calf muscle was a six-inch series of circular puncture wounds. It was undeniably jaw-shaped.

Brenda escaped with minor injuries, but the Lake Erie chomper’s appetite was far from satisfied.

The following morning, a local father took his son for a swim at that very same beach. The duo were so savagely attacked that the child needed medical attention! 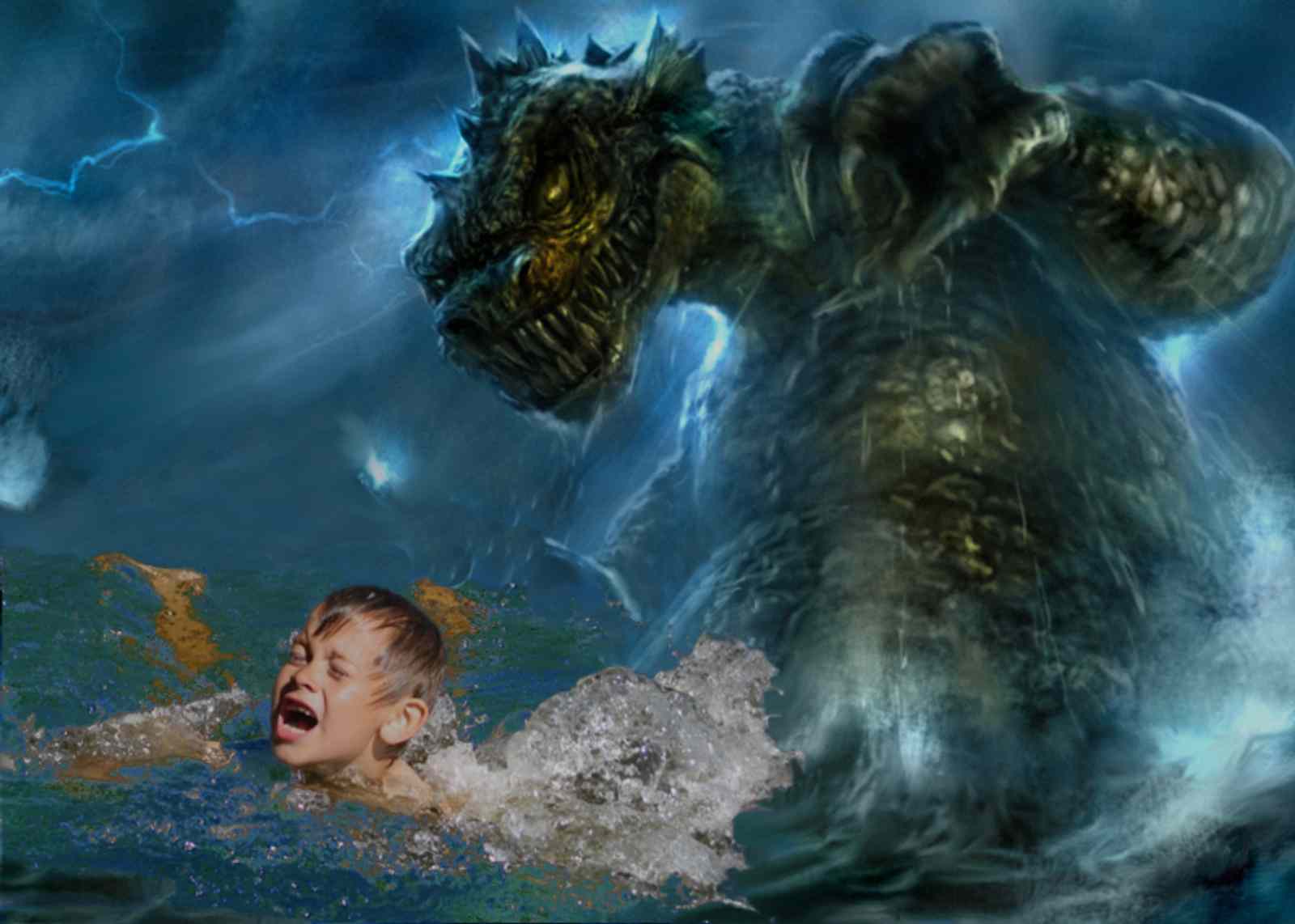 The doctor who examined the boy’s injuries ruled out a number of creatures that could not have produced such a bite. Lamprey eel? No. Snapping turtle? Nope. Piranha? Not a chance.

According to the doctor, the only creature that could have possibly left such a mark was a Bowfin. 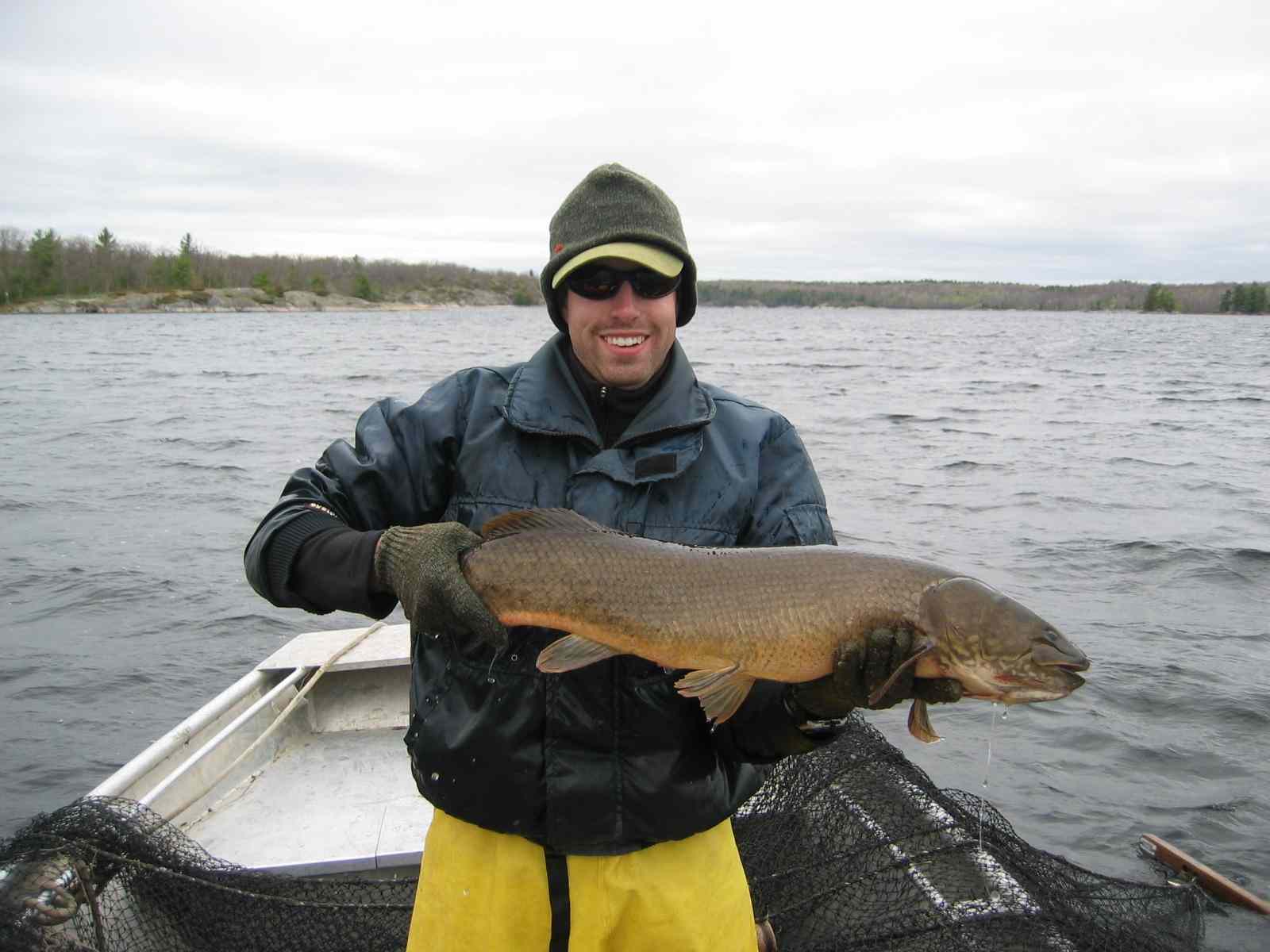 But not this Bowfin, obviously. | Credit: Petroglyph (Flickr: Link)

In fact, Bowfin spend most of their time looking for something to eat. (Bowfin and I have that in common.)

Bowfin are non-specific predators, meaning that they will chomp down on just about anything, including other Bowfin, and perhaps even unlucky swimmers. 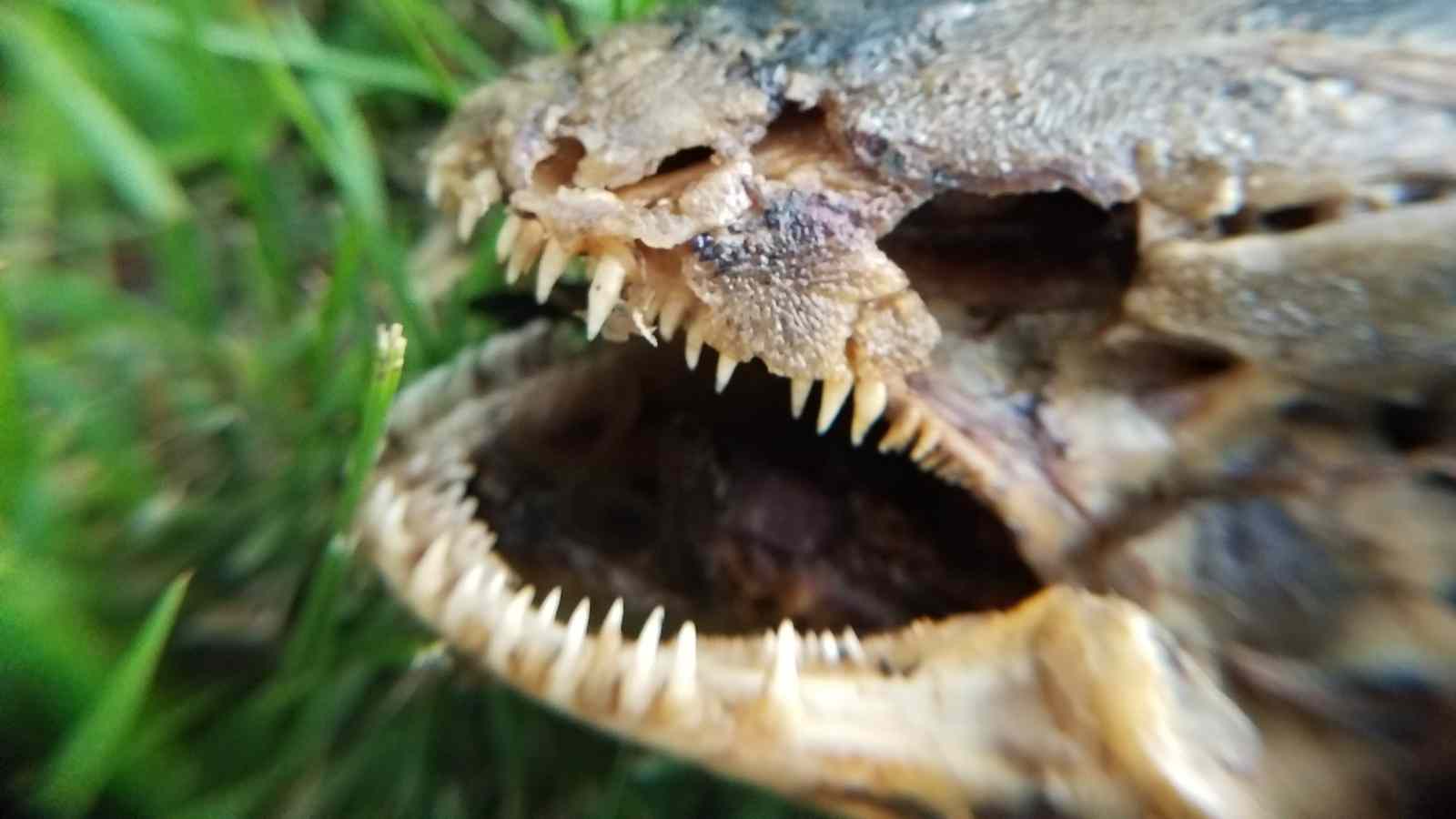 A Bowfin skull, basically the stuff nightmares are made of. | Credit: Brett Ortler (Flickr: Link)

Bowfin become particularly hostile when they’re protecting their nests, which happens during the weeks following spawning in the summertime.

Bowfin prefer deep waters during the day, but at night, they move into shallower waters (sorry, Brenda). Perhaps the case of the Lake Erie Chomper has been closed.

But where does this leave Bessie?

Not everybody buys the Bowfin theory. Other theories about the true identity of the Lake Erie Chomper range from a young Bessie, testing out her teeth for the first time, to pet piranhas being released into the lake. 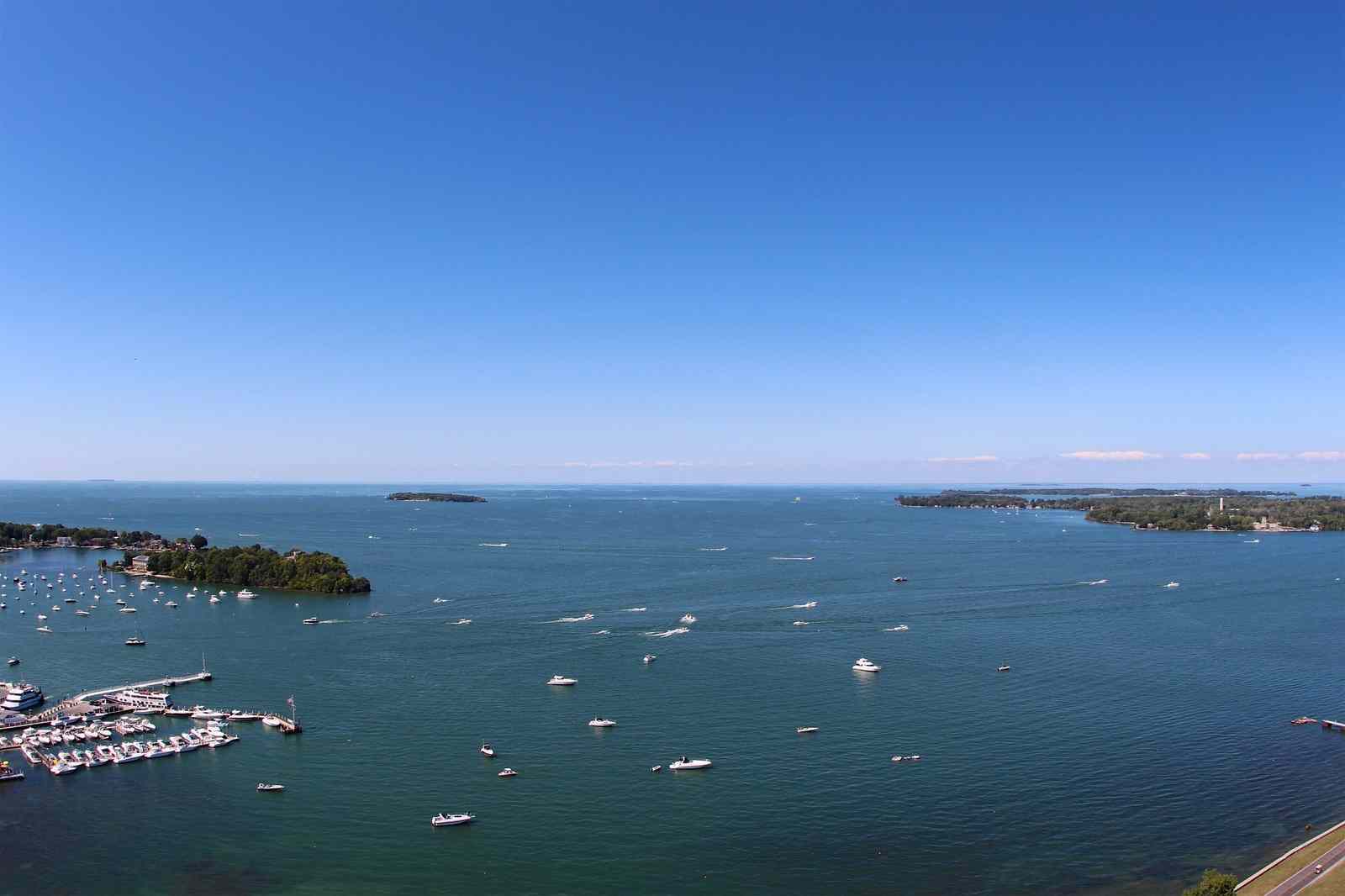 It remains a mystery whether Bessie is a legitimate lake monster lurking in the murky depths of Lake Erie or is simply a figment of overactive imaginations.

Is she a friend? Is she a foe? Is she even real? With so many sightings spanning so many centuries, one definitely has to wonder.

Visit Bessie in her own backyard

If you’d like to solve the mystery of Bessie for yourself, head to Lake Erie’s south bay near the islands. Even if you don’t see Bessie, you won’t be disappointed.

On Pelee Island, you’re sure to see hundreds of fascinating birds, since the island is situated on two major migratory bird routes. Point Pelee National Park of Canada is definitely worth a visit. It is regarded as the most ecologically diverse park in the country. 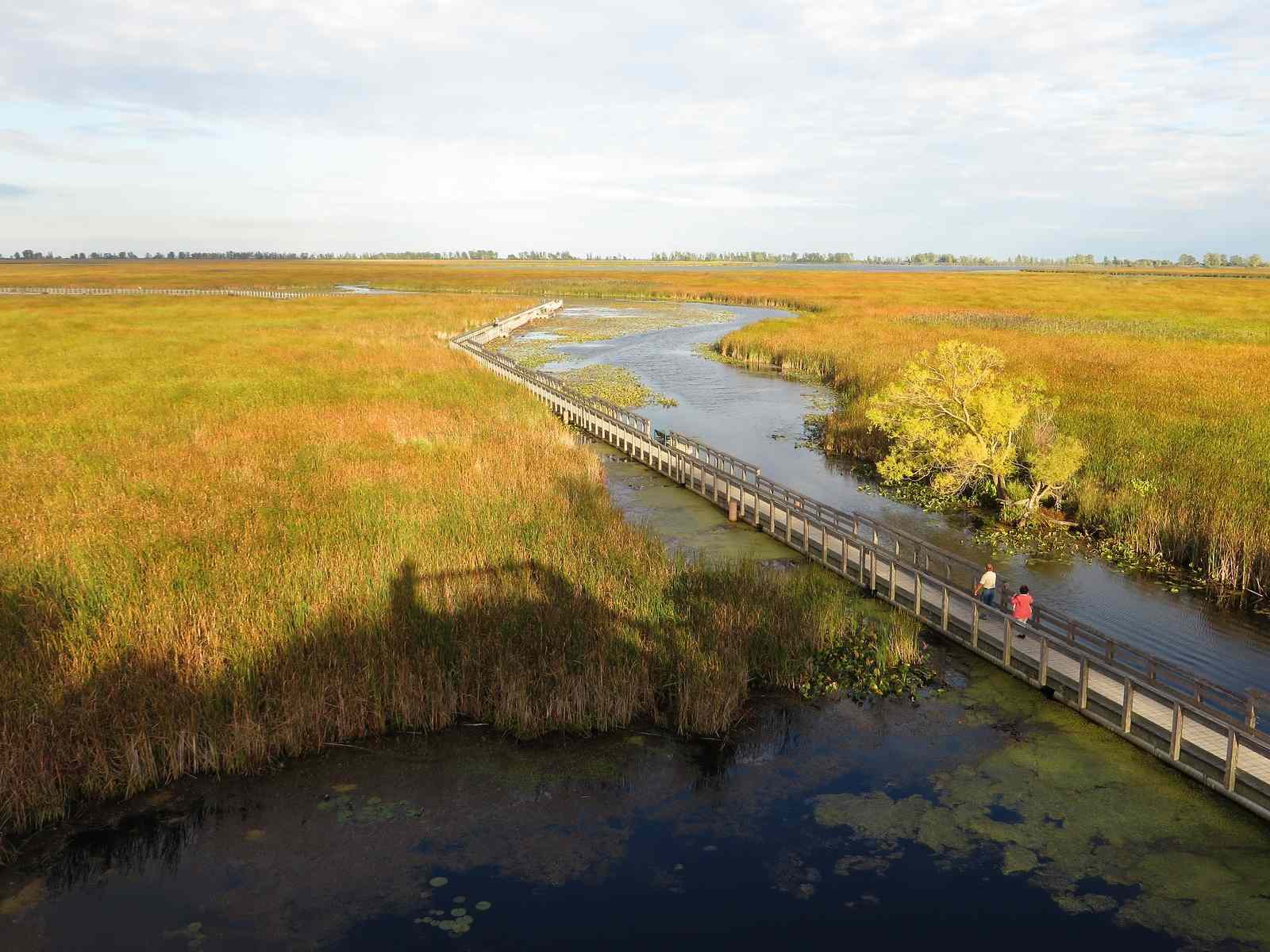 Over 370 species of birds call Point Pelee home. The park is also a great spot to see Monarch butterflies from the late summer to mid-October. Point Pelee is even a designated dark sky reserve so it’s perfect for stargazers.

South Bay Bessie sighting or not, the southern shores of Lake Erie make for a trip to remember!

Meet the real-life monsters of the Great Lakes here.