In 1805, four fishermen were casting their lines into Lake Ontario near Kingston, Ontario. It was a beautiful day. The sunlight glimmered on the surface of the water as the fishermen talked and laughed.

Suddenly, a strange shape resembling an overturned rowboat emerged from the water.

Instead, the men were greeted by an enormous, serpentine creature with huge eyes and a mouth to match. Reflecting on the terrifying experience, they recalled that the creature had to be more than 45 meters long and as wide as a barrel.

As one might expect, the fishermen panicked. They frantically rowed back to the shore, fleeing for their lives. The monster skimmed atop the surface of the water, close behind.

Once the men were safely back on dry land, they said the creature taunted them from the lake. 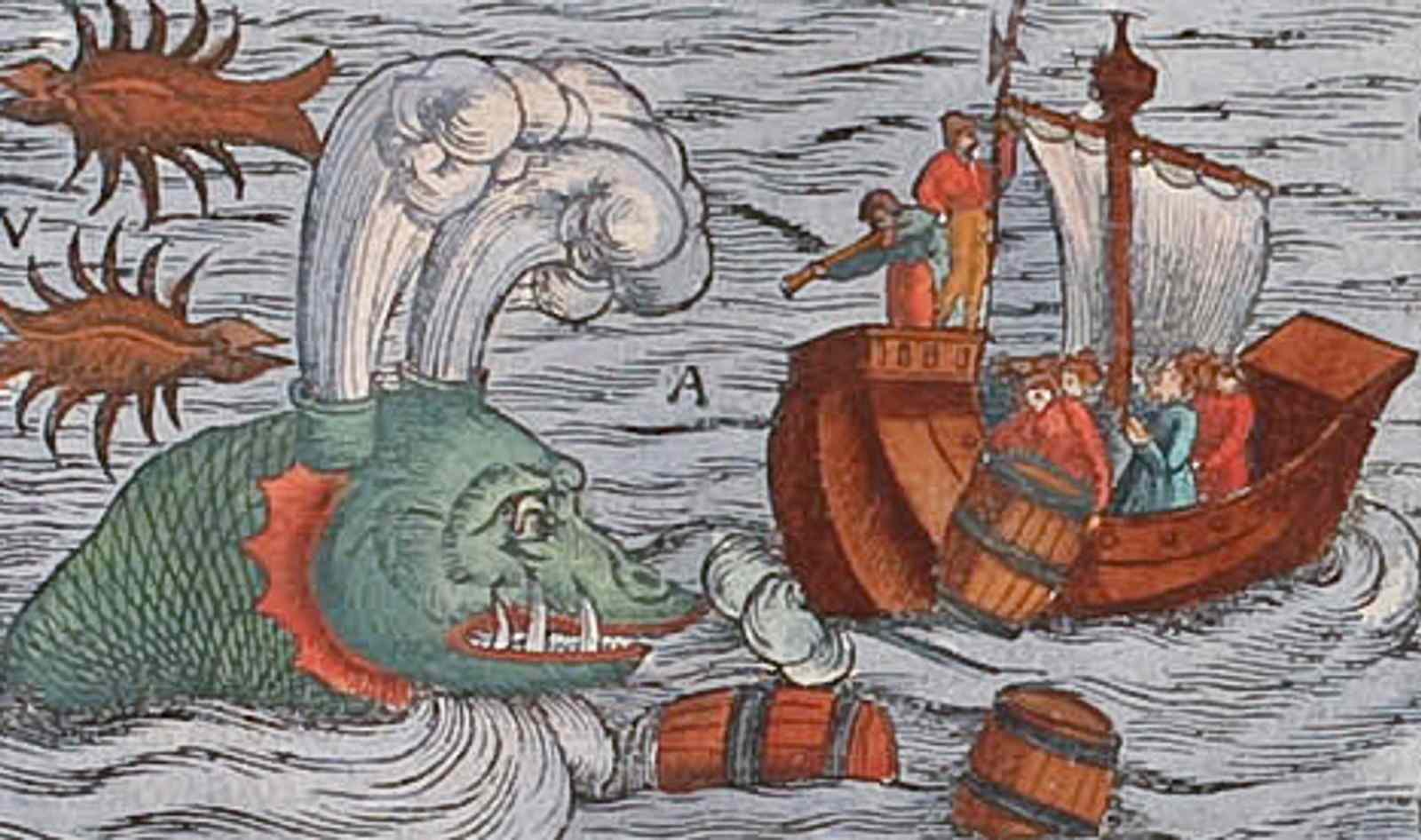 
Gaasyendietha and the Lake Ontario Serpent

Lake Ontario is an ecological wonder.

Every drop of water within the Great Lakes basin flows through Lake Ontario. Being so close to the Atlantic Ocean, this lake is a crucial corridor for transportation, water exchange, fish migration, and perhaps monsters looking for lunch.

Lake Ontario may be the smallest of the Great Lakes, but it provides drinking water for over 9 million people. It’s also home to more Canadians than any other watershed in the country.

Lake Ontario also hosts an abundance of migratory fish species, including Canada’s largest freshwater fish, the Lake Sturgeon. Lake Sturgeons themselves are often confused with lake monsters due to their size, prehistoric features, and serpent-like shape. 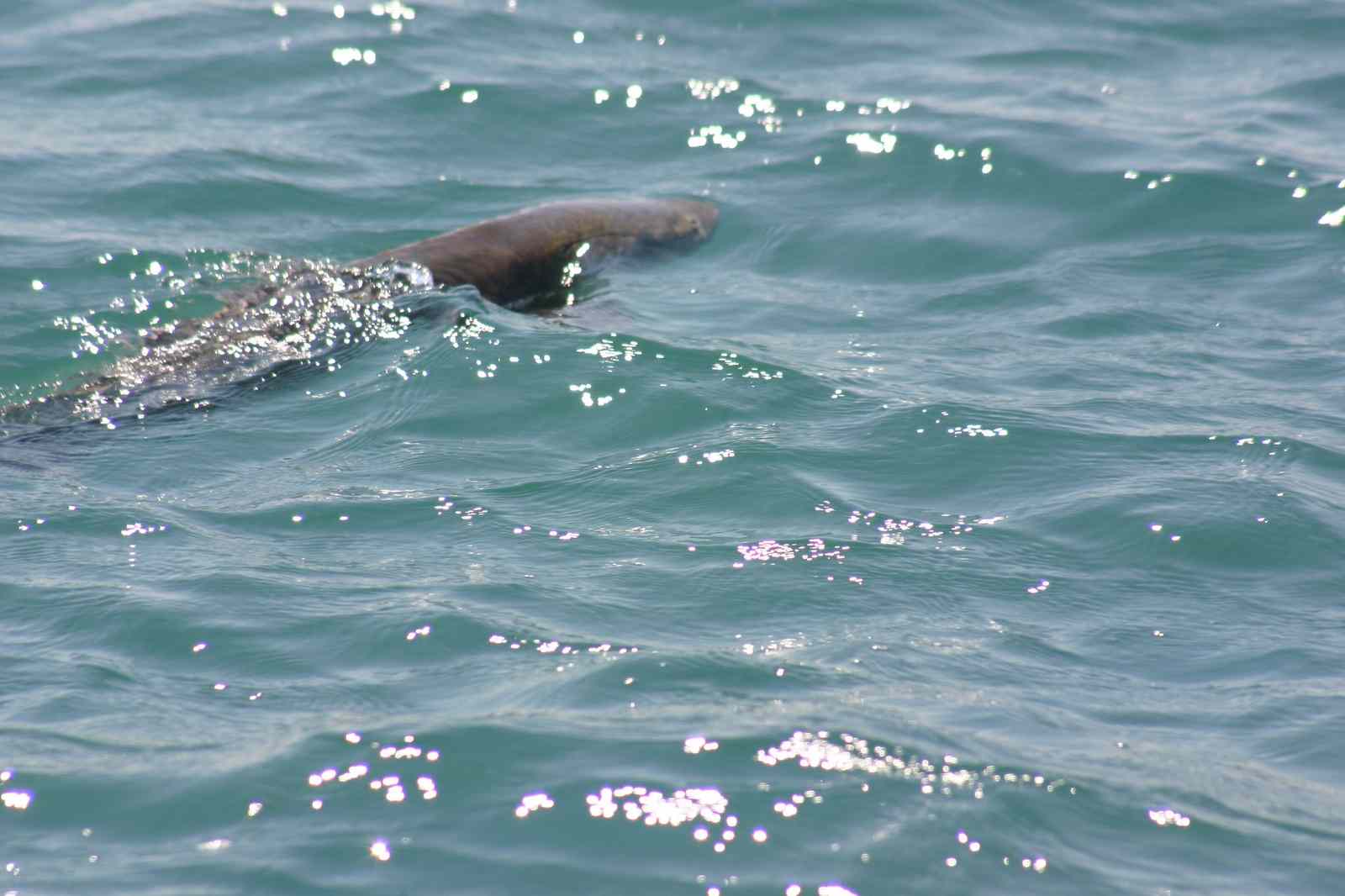 But what other creatures reside in this lake?

In early accounts, the Iroqouis and Algonquin would speak of an entire race of giant serpent-dragons living in the lake. The Seneca spoke of Gaasyendietha, an enormous hydra snake that could breathe fire and fly like a bird. 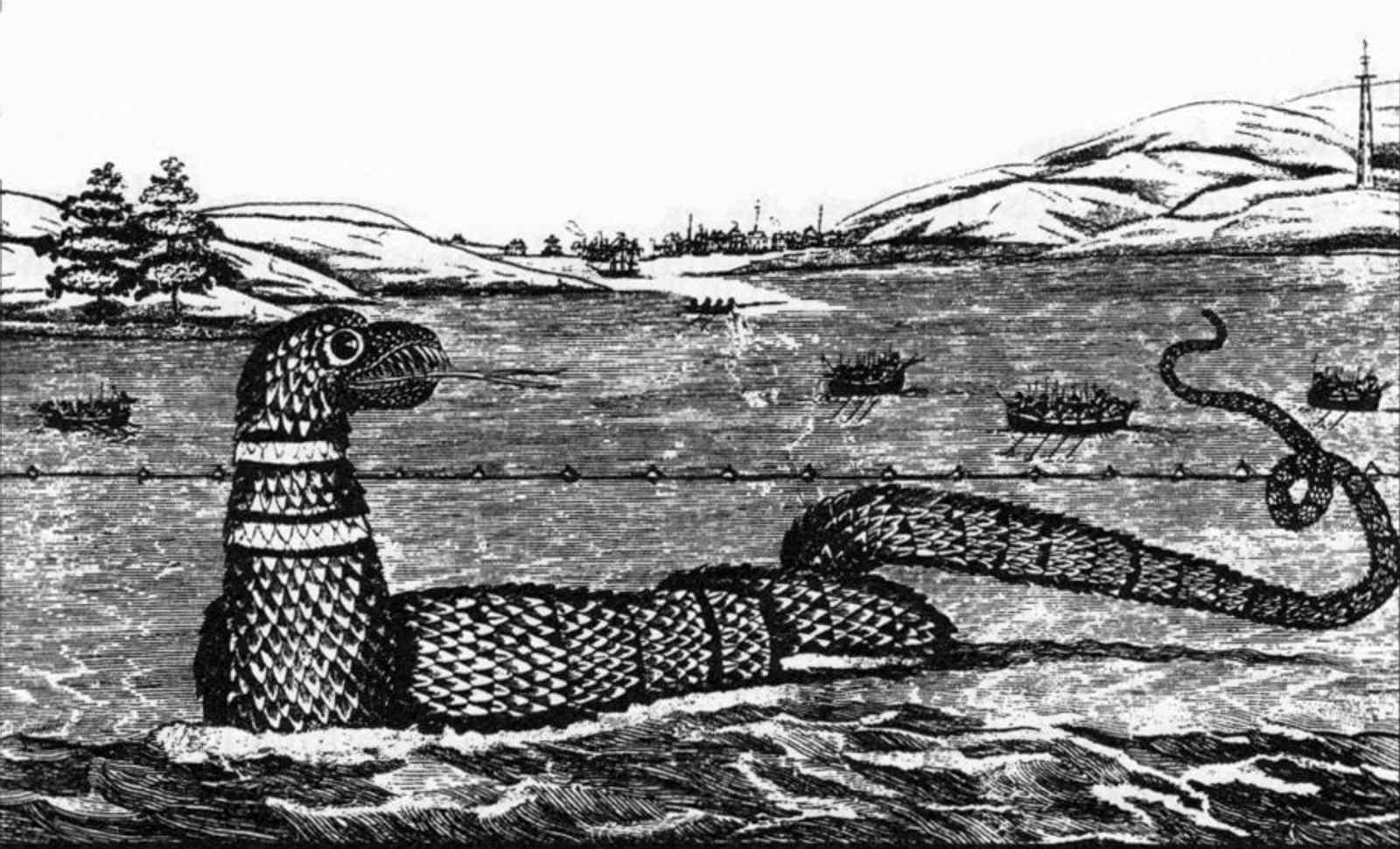 In First Nations cosmology, serpents are often related to waterbodies. Gaasyendietha is said to live in Canadian waterbodies, and especially in Lake Ontario.

Stories of Gaasyendietha have been passed down through oral tradition for centuries. There are two main origin legends of the creature. The first is that the beast was born from serpent eggs, and the second is that he came to earth on a meteor.

Sometimes, Gaasyendietha is called the “meteor dragon.” The creature is said to soar through the sky on a trail of fire.

Since time immemorial, people have used myths to make sense of natural phenomena. Perhaps in this case, Gaasyendietha was a way to explain the swift trails of light that skyrocketed through the air over Lake Ontario.

If you didn’t know what meteors were, you might think they were dragons too. 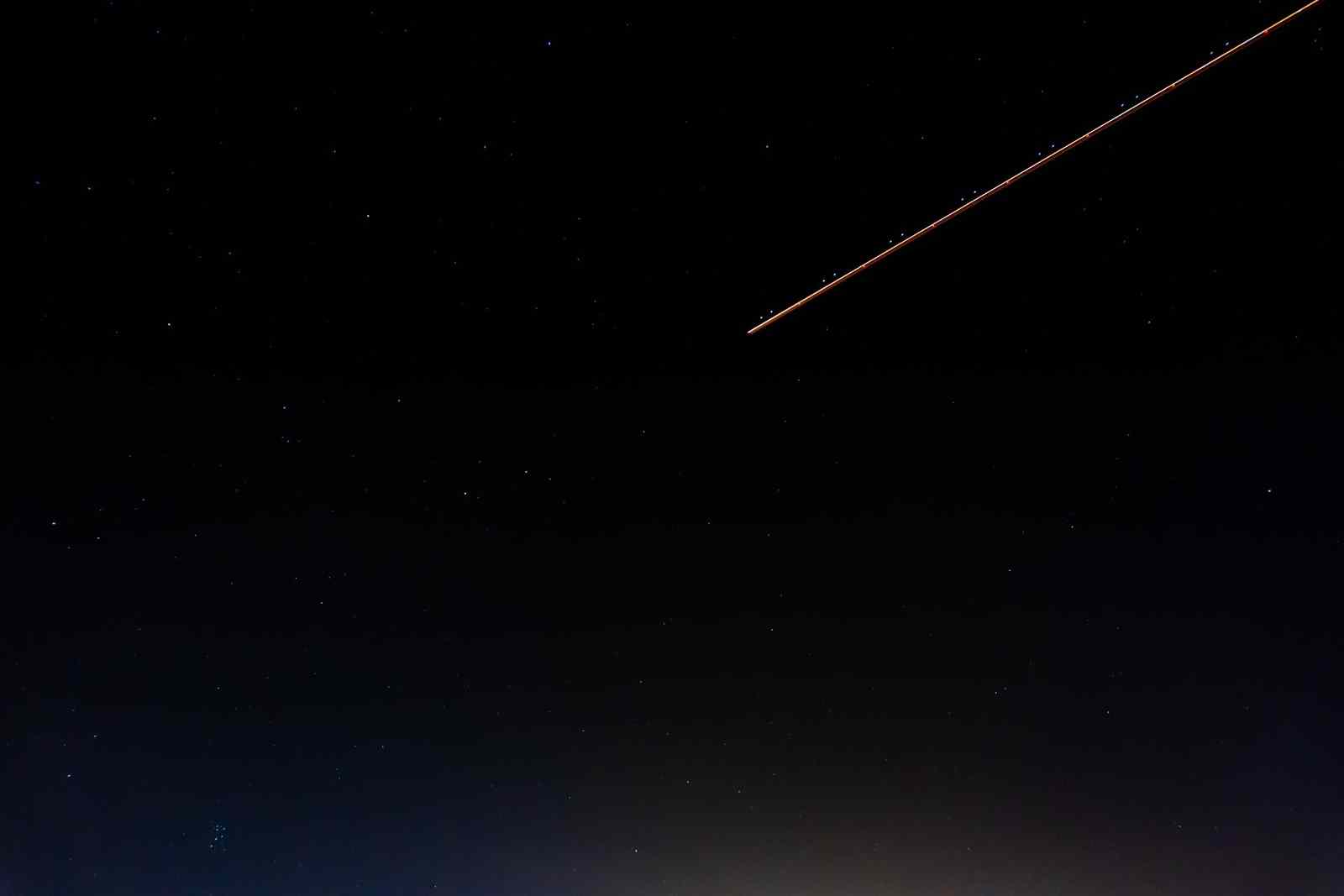 It's a bird! It's a plane! It's Gaasyendietha! | Credit: Achraf Alan (Pexels: Link)

Even Jacques Cartier, best-known for exploring and mapping the Gulf of Saint Lawrence, encountered something strange in the St. Lawrence River.

The St. Lawrence River is one of the biggest rivers in the world. It connects the Great Lakes to the Atlantic Ocean. Approximately 83 different aquatic and land mammals live in the gulf.

In his journal, Cartier noted that he and his crew witnessed “a giant finned snake” moving through the water like a caterpillar, thrusting itself forward with its side fins.

Cartier and his crew attempted to catch the creature, but it evaded them, racing away and diving deep into the water.

When Cartier told the First Nations people in the area about what he had seen, they knowingly referred to the “snake” as “Gaasyendietha.” 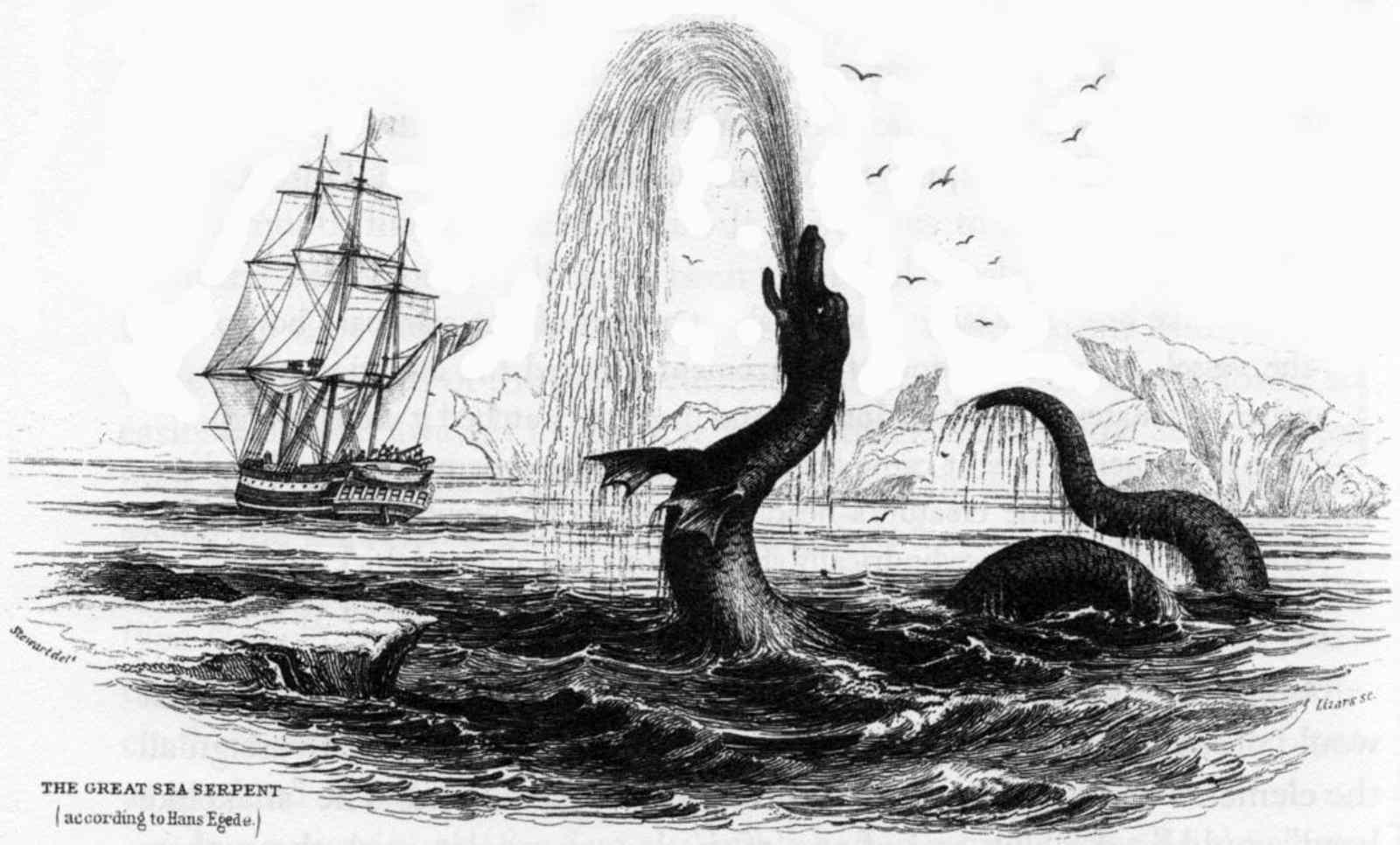 As time passed, Gaasyendietha may have become known as Kingstie (unless there just so happen to be two enormous serpentine monsters living in Lake Ontario).

In the summer of 1882, shocked onlookers reported seeing a blueish-grey serpent with prominent bristles lazing belly-up on the lake’s surface, soaking up the sun. Seemingly embarrassed to be caught in such a leisurely position, the beast made a noise of dismay and dove back into the lake. 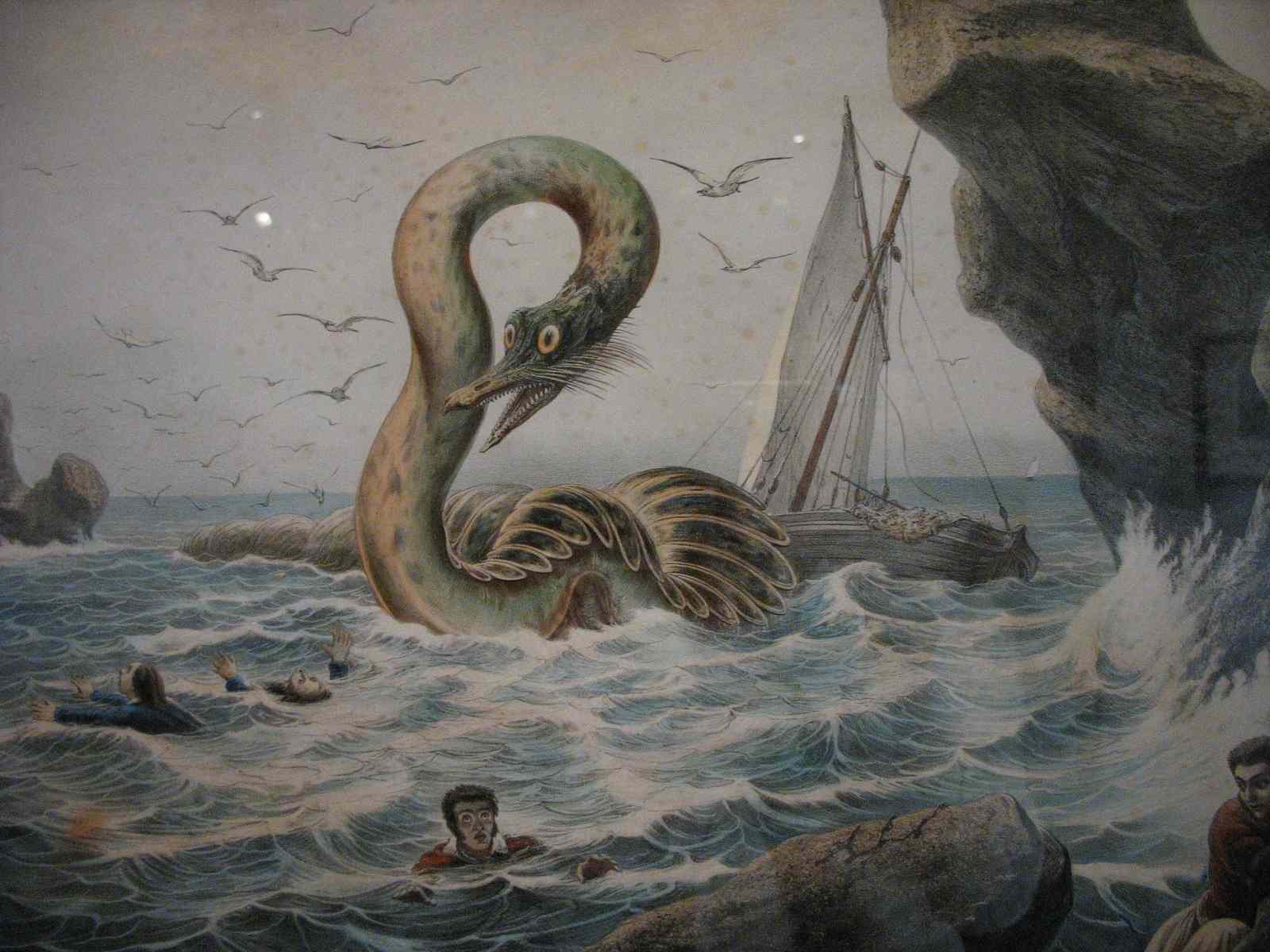 Kingstie is so well-known, the creature was the subject of a massive hoax in 1934. During the late summer of that year, people reported seeing a strange creature with the head of a dragon and eyes of fire in Cartwright Bay, east of Kingston.

There was even an expedition to find the monster, during which participants claimed their boat was jostled by the mysterious creature.

It wasn’t until 1979 that three people from Kingston claimed responsibility for the prank decades ago.

To create the creature, the three troublemakers filled a barrel with empty bottles to make it float and attached a head crafted to look like that of a dragon. 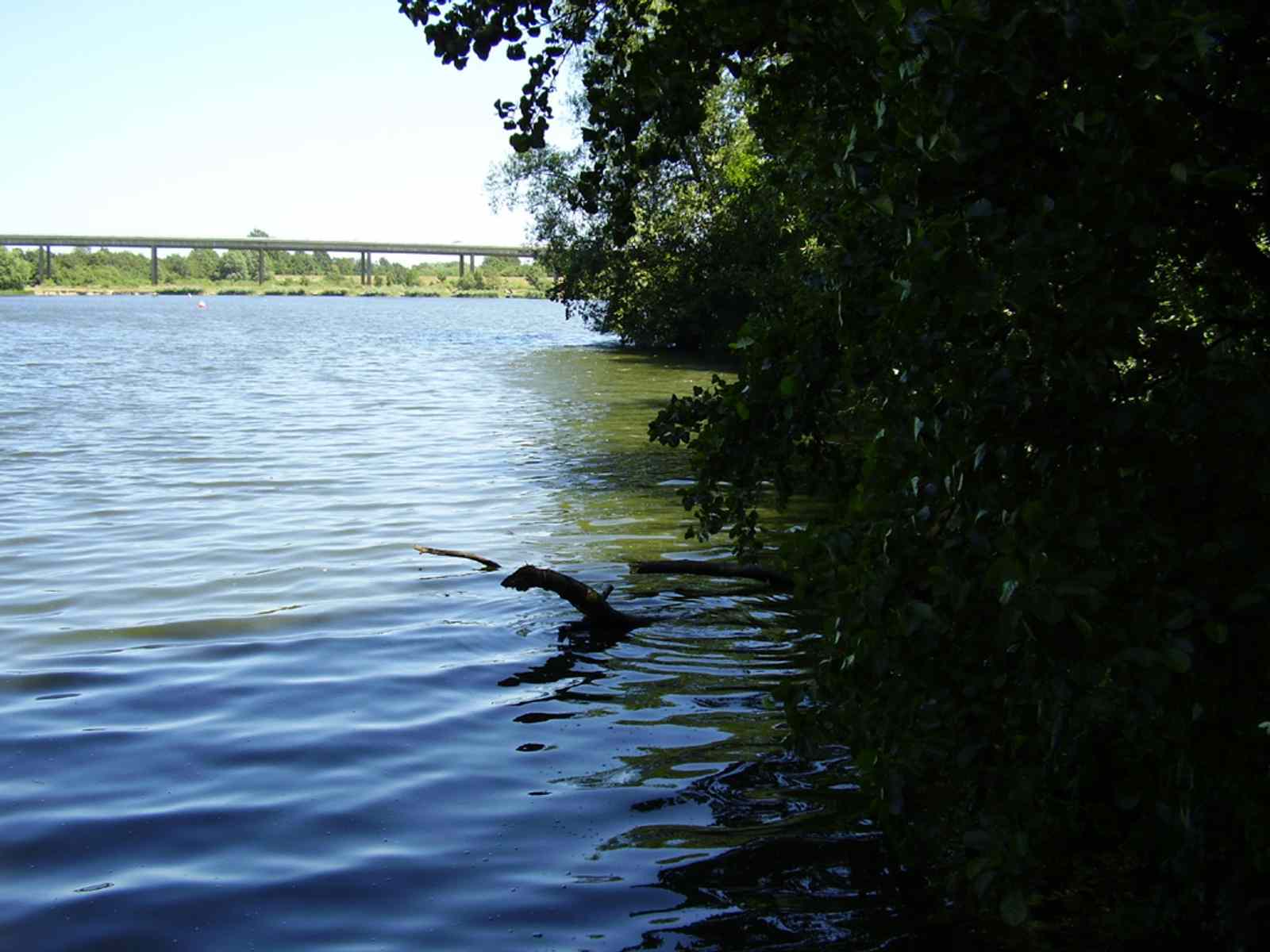 They attached the “monster” to an anchor with rope to keep it in one place. Then, they attached twine to the rope under the lake’s surface, allowing them to bob the creature up and down from a distance.

The 1934 sighting may have been a hoax, but so many sightings of a huge serpent in Lake Ontario have been reported over the years that even the most suspicious of skeptics might raise an eyebrow.

The most recent monster sighting in Lake Ontario happened in 2011, when a online commenter claimed to have seen the creature in the Toronto Harbour:

“Me and my friends were at a concert last night September 5th 2011 at the Toronto docks. Out in the water we seen a creature...It was black maybe 2 ft wide and only slithered on the surface, never jumped, but came up enough to expose it’s large fin. I seen it three times in roughly 30 min and my friend seen it twice before we had to go into the concert. At first we thought there might be a possibility of fresh water dolphins but no sightings have been recorded.”

It’s with a heavy heart that I confirm there are no freshwater dolphins in the Great Lakes (but don’t worry, there aren’t any sharks either). In any case, no monster sightings have been documented since 2011.

Still, Lake Ontario’s monster is one the most sighted lake monsters in Canada, with legends cropping up across various cultures and time periods.

The Great Lakes are immense, often referred to as inland seas, so it’s no wonder that their myths and mysteries rival those of the ocean. 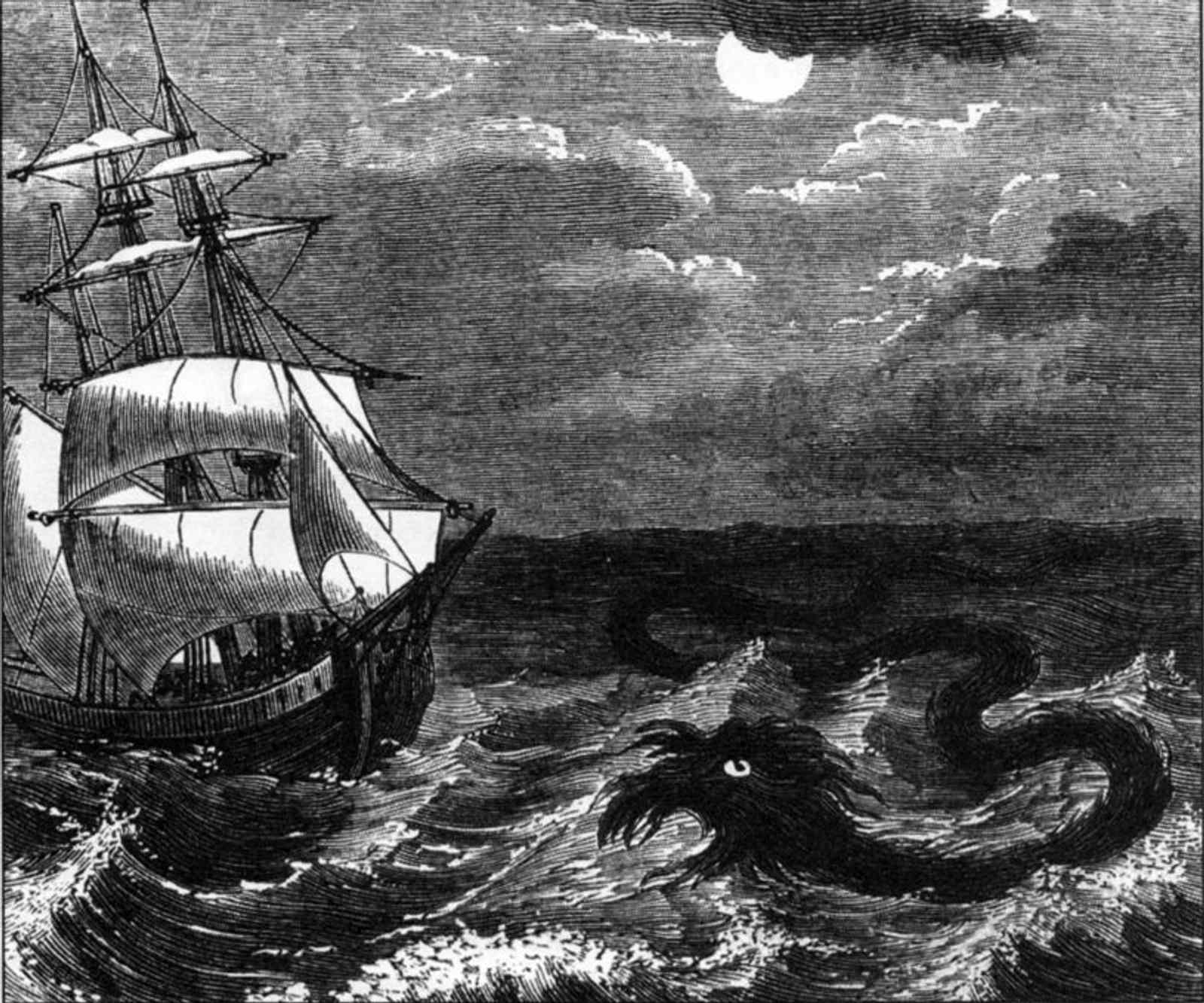 Ship crews and swimmers alike have been terrorized by the fearsome sight of a gargantuan serpent slithering through the waters of Lake Ontario. But could there be a plausible explanation for these Lake Monsters?

Another possible explanation? Three otters in a trenchcoat. Only the trenchcoat is actually the surface of the lake. 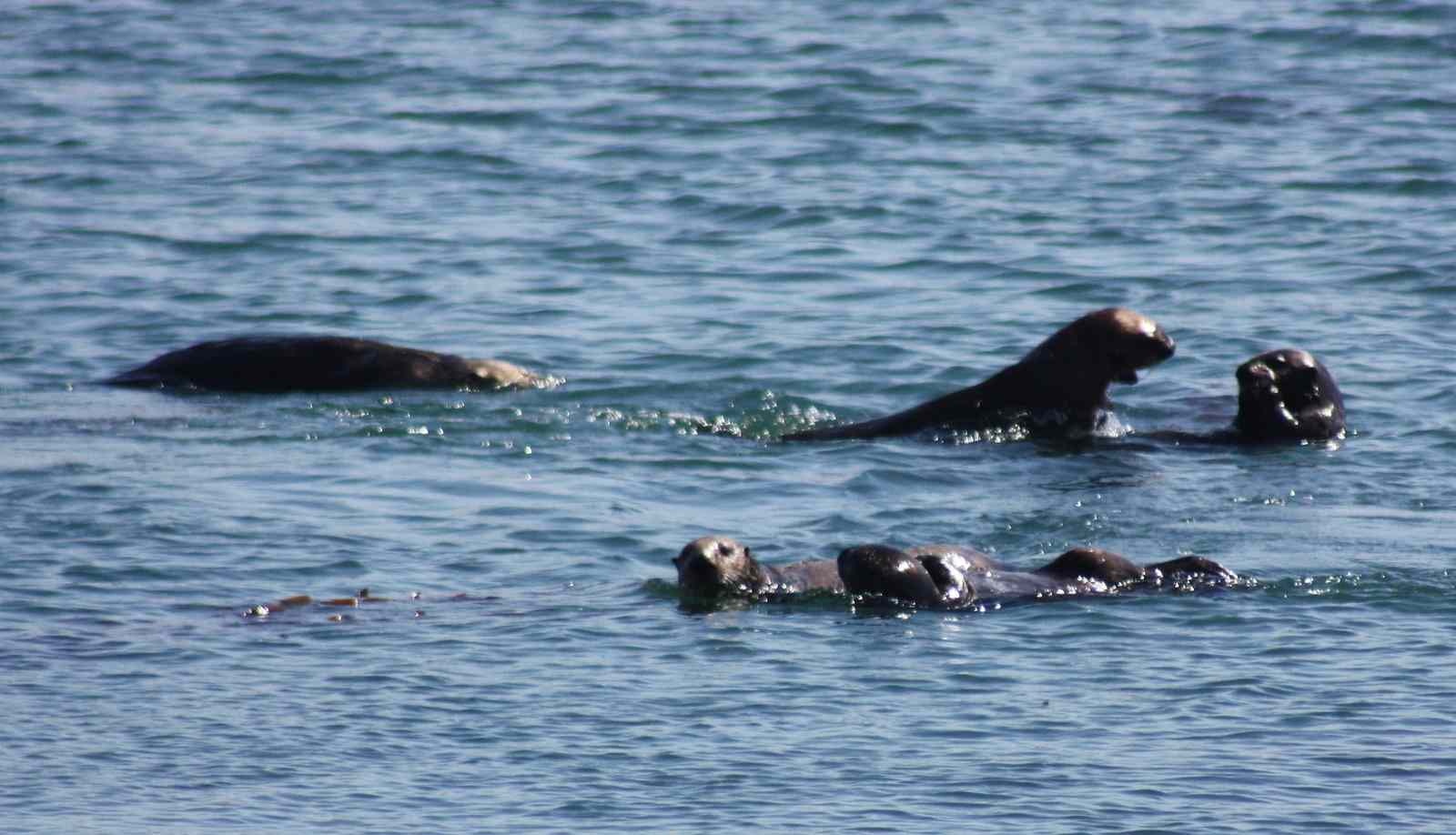 Tell me that doesn’t look exactly like a lake monster. BUSTED!

And now that you can tell a group of otters from a lake monster, you’re ready to go Kingstie hunting!

If you do head to Kingston, make sure you take a stop by the Gord Edgar Downie Pier at Breakwater Park. This area of previously contaminated urban waterfront has been reclaimed for recreation.

Even if you aren’t lucky (or should I say unlucky) enough to stumble across the Lake Ontario Serpent, you’re sure to have a good time. 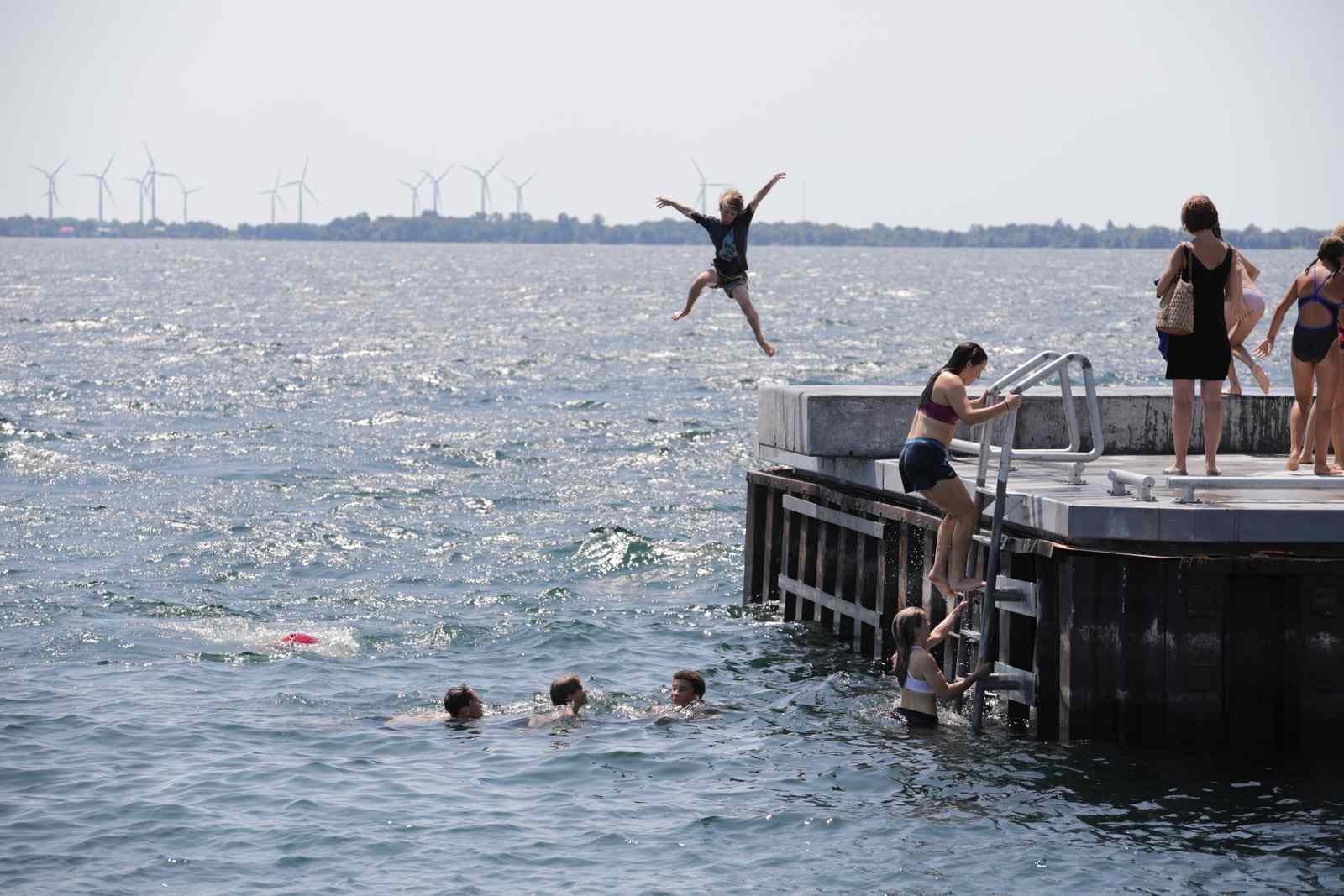 Meet the real-life monsters of the Great Lakes here.