From slimy serpents slithering on the water’s surface to humped beasts with bristles or barbels, people have been reporting monster sightings in the Great Lakes for centuries.

Some of the earliest recorded sightings of creepy critters in the Great Lakes date back to the 17th century. In one account, First Nations fishermen catch (and quickly release) a gigantic lizard-like creature with the head of a turtle.

The latest documented monster sighting in the Great Lakes happened more recently than you might think. In 2011, concert-goers spotted a black, two foot-wide creature slinking across the surface of Lake Ontario in the Toronto Harbour.

From Bessie in Lake Erie, to Gaasyendeitha in Lake Ontario, there have been countless sightings of curious creatures in the Great Lakes.

But there must be some logical explanation for so many monster sightings that span centuries, right?

Meet the real-life monsters of the Great Lakes

Skeptics believe that what cryptozoologists know as lake monsters may actually just be massive fish.

The Great Lakes are home to some enormous fish species, like the Northern Pike, Muskellunge, and Lake Sturgeon. These fish are all long and slender like snakes, so it’s possible that they’ve been the cause of ‘monster’ sightings over the years. 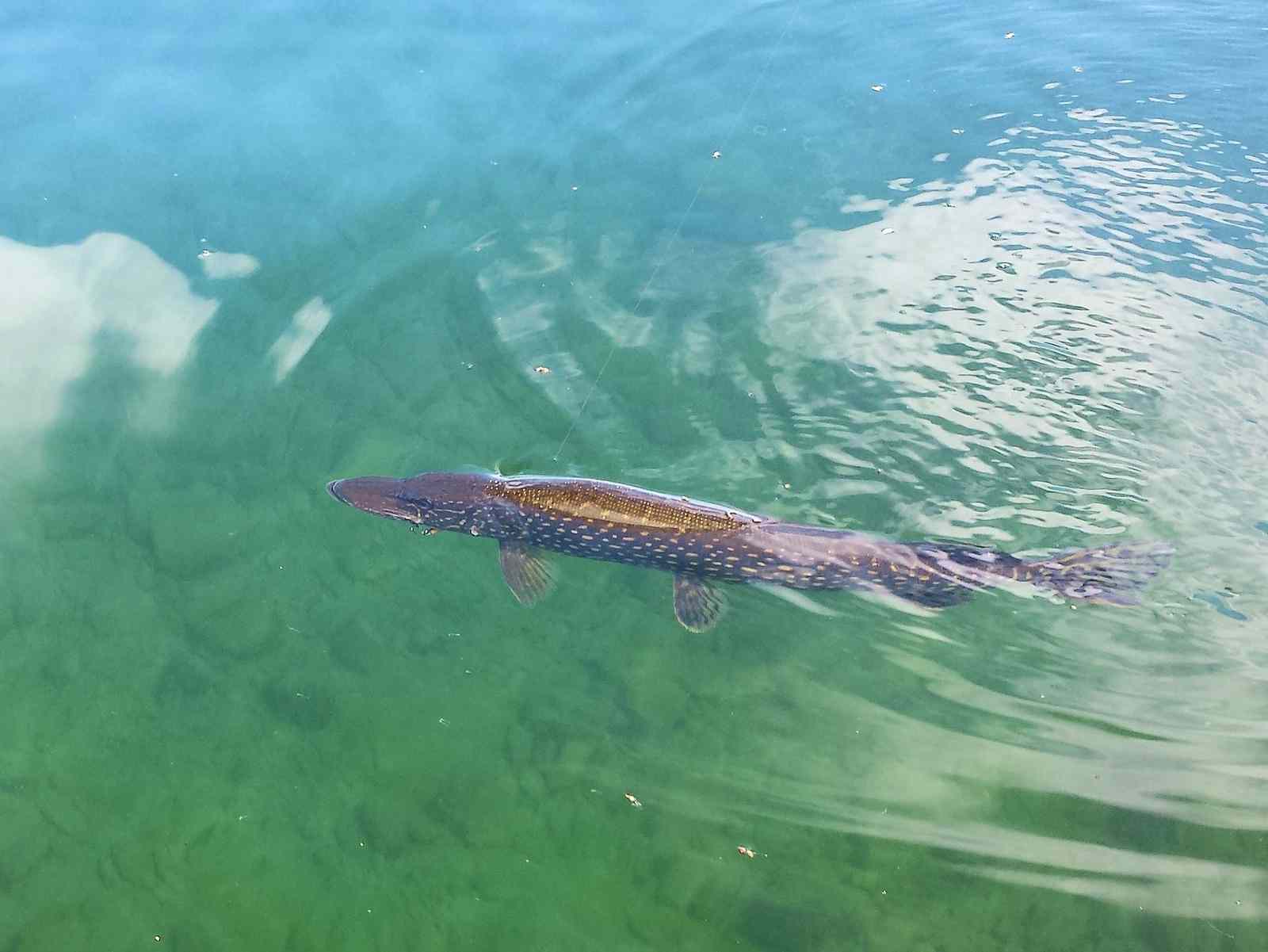 Biologists and naturalists agree that certain Great Lakes fish species can look strange and otherworldly from certain angles and distances.

These ancient fish have been living in North America for over 10,000 years. Their ancestors lived among dinosaurs!

Lake Sturgeon have rows of bony plates on their sides and backs. They’re torpedo-shaped with long snouts, and to be fair, they do look pretty prehistoric. They can live for more than 100 years and never stop growing, meaning they can get extremely big.

Suddenly, I’m less inclined to laugh at those who’ve spotted some shocking ‘monsters’ in the Great Lakes. 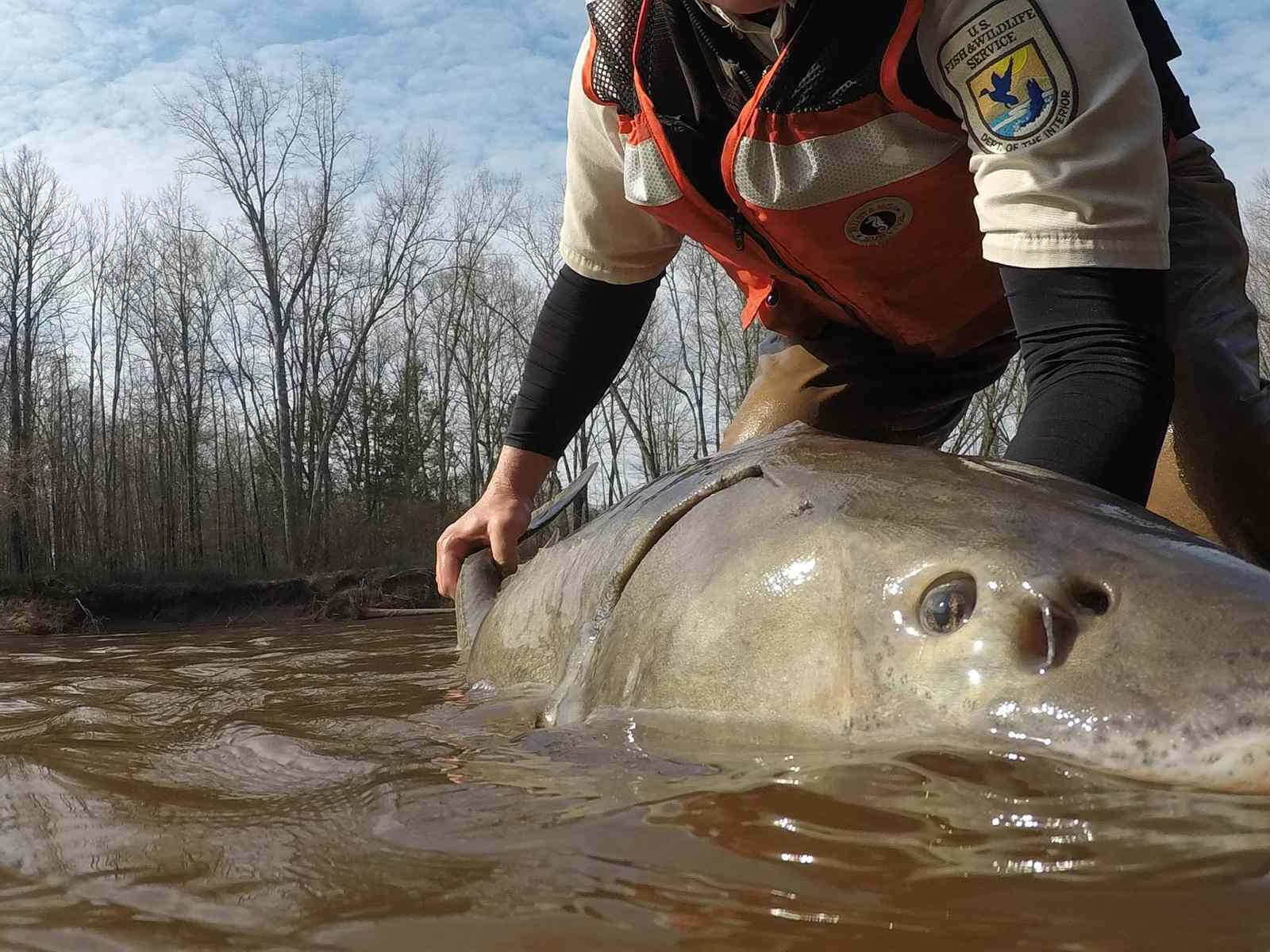 Don’t swear off swimming in the Great Lakes, though.

Lake Sturgeon are actually quite docile. They spend most of their time feeding off the bottom of lakes with their vacuum-like mouths. They don’t even have teeth!

On the other side of the spectrum, you have the Longnose Gar…

Like Lake Sturgeon, the Longnose Gar is part of a fish family that has been around for a long time—100 million years!

Unlike Lake Sturgeon, though, Longnose Gar have lots of razor sharp teeth (which seems a bit unreasonable considering their diet consists of small fish, crustaceans, and insects). 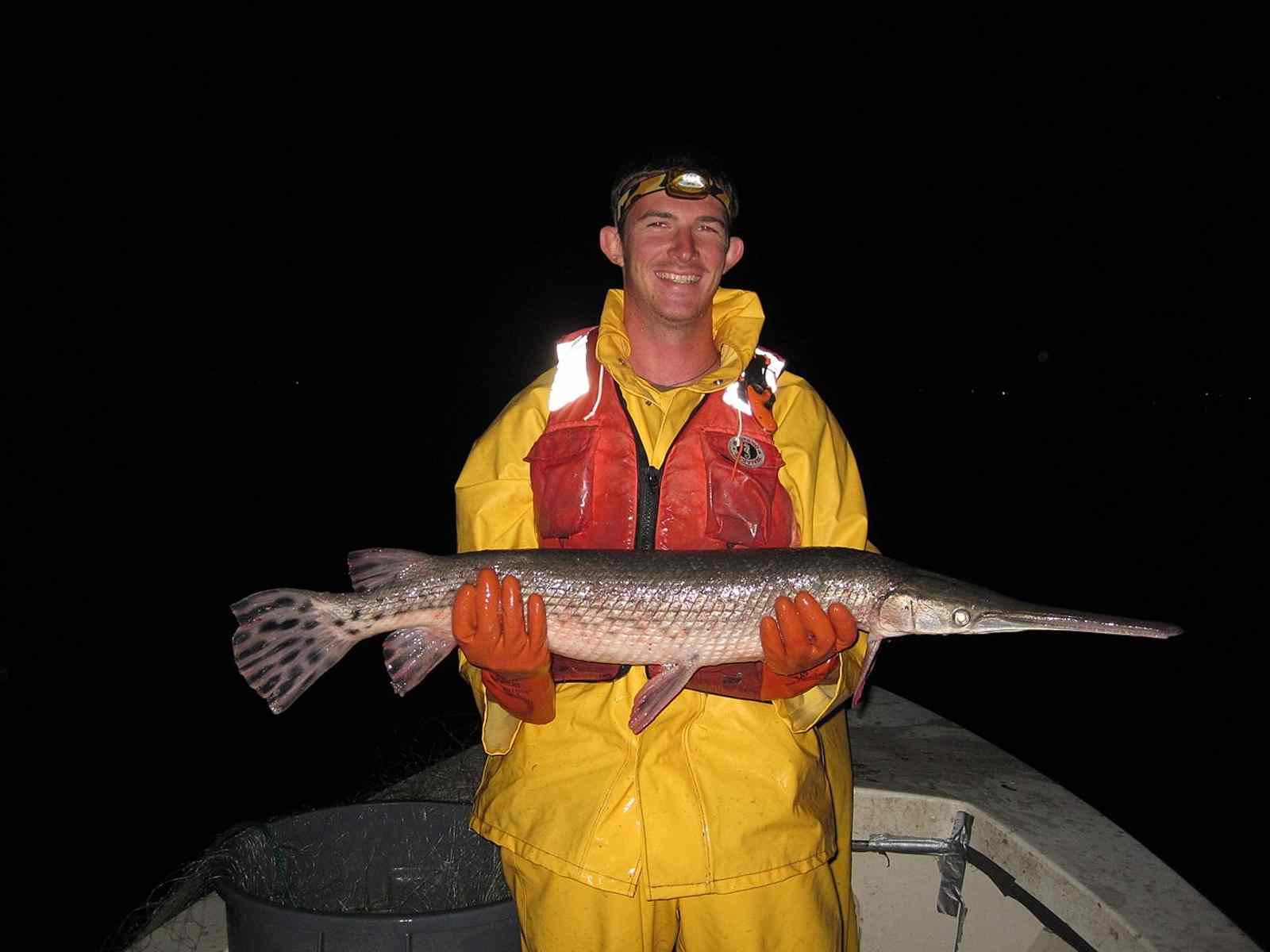 Trust me, you don't want to know what's inside that mouth. (Oh you do want to know? It's teeth. Way way way too many teeth.) | Credit: U.S. Fish and Wildlife Service (Wikimedia Commons: Link)

Not to mention, the mouth of a Longnose Gar is twice as long as its head!

As long as their bodies stay moist, Longnose Gar can survive out of the water for hours at a time. Lucky for us, they can’t open their mouths don’t very wide and have no interest in biting humans unless threatened.

You may not have to worry about ending up in a Longnose Gar’s jaws, but Longnose Gar are very skilled hunters when it comes to eating their prey.

They lie perfectly still or silently stalk their prey before ambushing them in a frenzy of teeth. They strike suddenly, impaling prey with their sharp chompers before gulping them down head first. 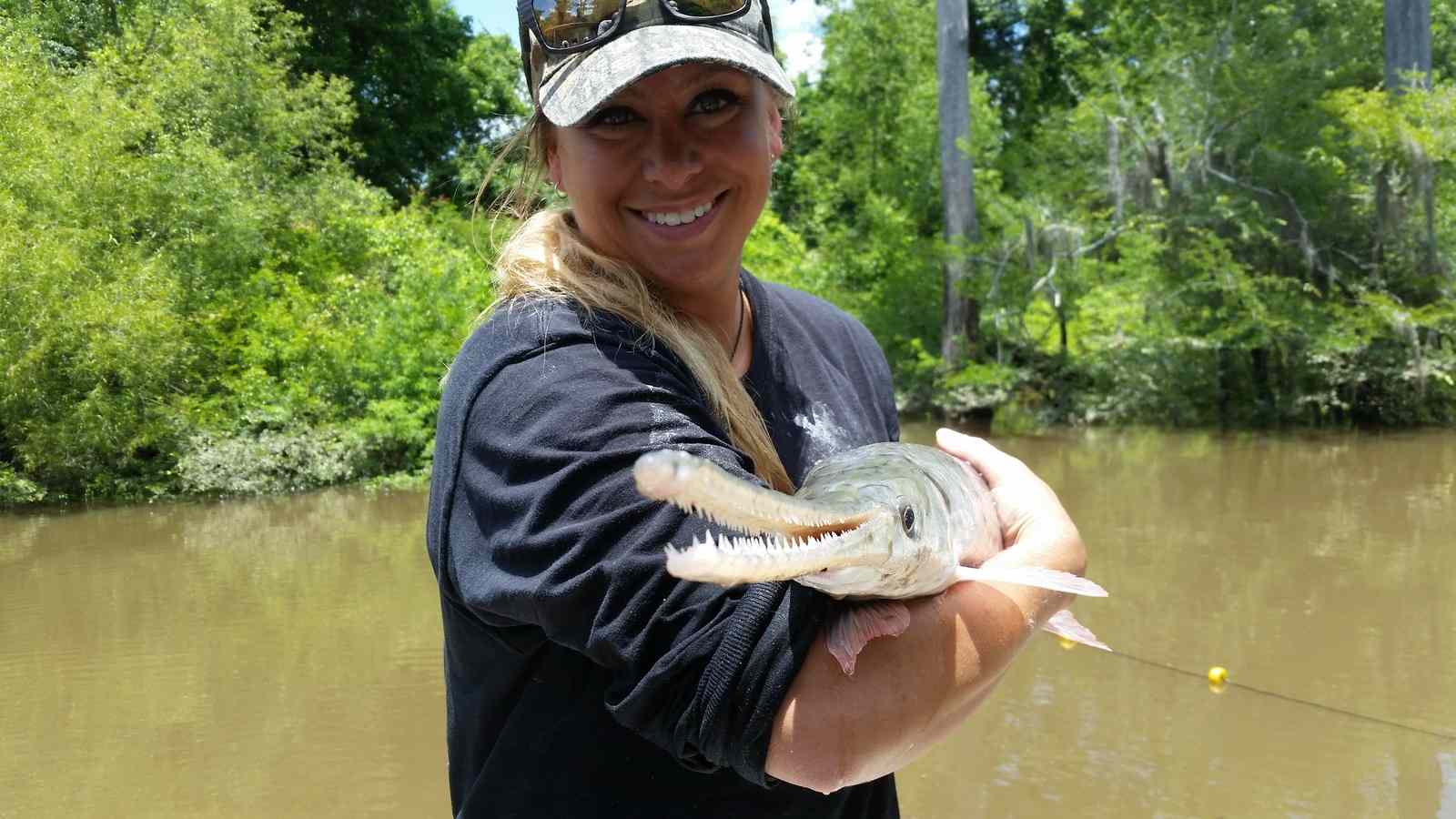 However, Longnose Gar are far from the bad guys of the Great Lakes.

These apex predators play an important role in ecosystems by keeping the species that they snack on from overpopulating an area.

Recently, Lake Sturgeon have also been recognized for their valuable role in ecosystems as an indicator species, meaning they help scientists track changes in aquatic habitats.

The real-life “monsters” living in the Great Lakes have a lot more to fear from us than we do from them.

Spotted Sar, of the same species as Longnose Gar, have been reduced to a few small populations in wetlands along Lake Erie’s north shore and East Lake off of eastern Lake Ontario. Spotted Gar are endangered because of water pollution and habitat destruction. In the Great Lakes and upper St. Lawrence River, Lake Sturgeon are an endangered species.

This means that both spotted gar and Lake Sturgeon face imminent extinction or extirpation. 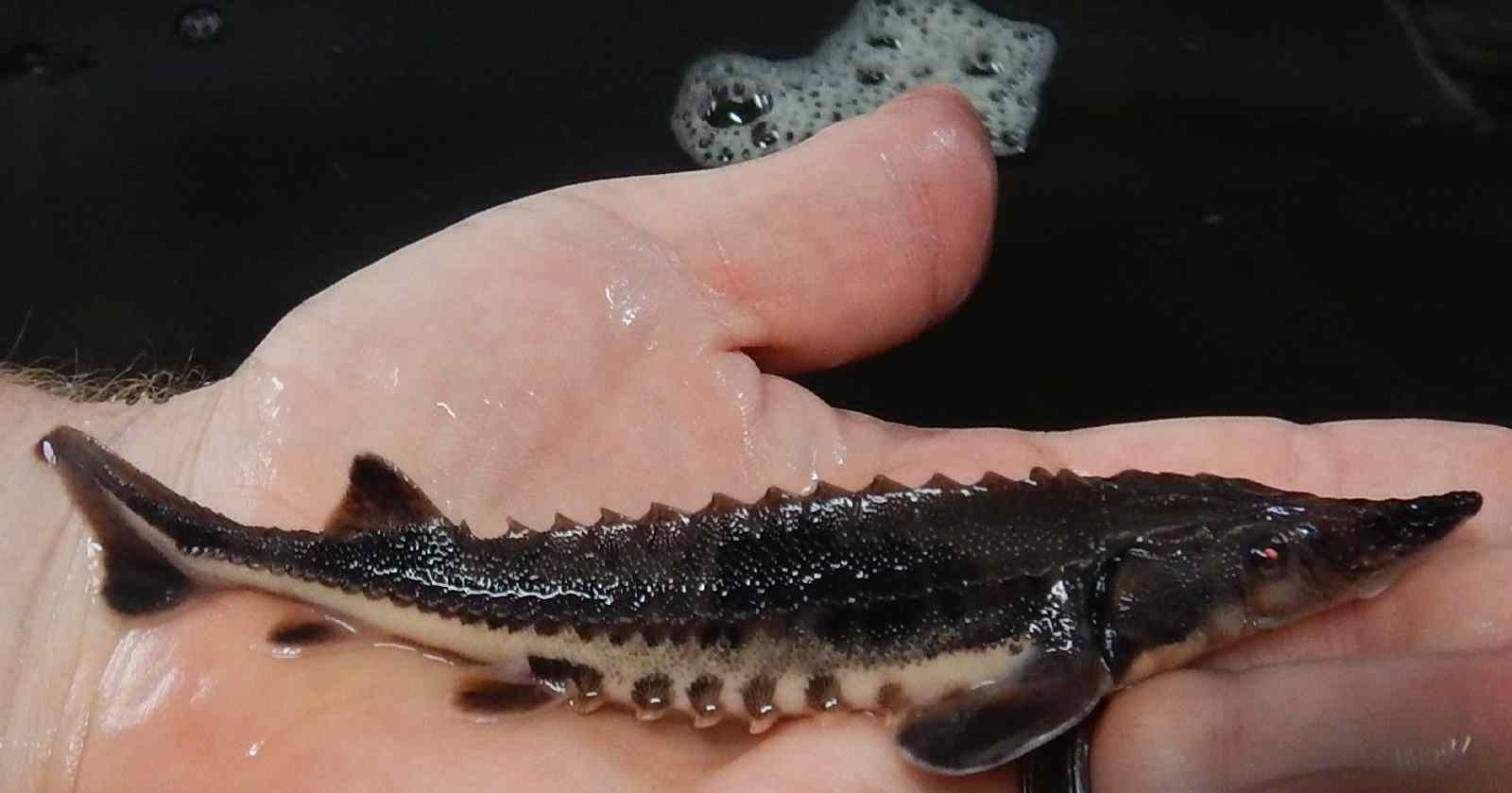 Lake Sturgeon are threatened by the loss of food sources and migratory waterways as well as overharvesting, pollution, and invasive species.

In reality, invasive species are probably the closest thing you can get to real monsters in the Great Lakes.

In the early 20th century, Sea Lamprey entered the Great Lakes through shipping canals. Today, these parasitic fish live in all five Great Lakes, where they latch onto native fish species and drink their blood like little vampires. 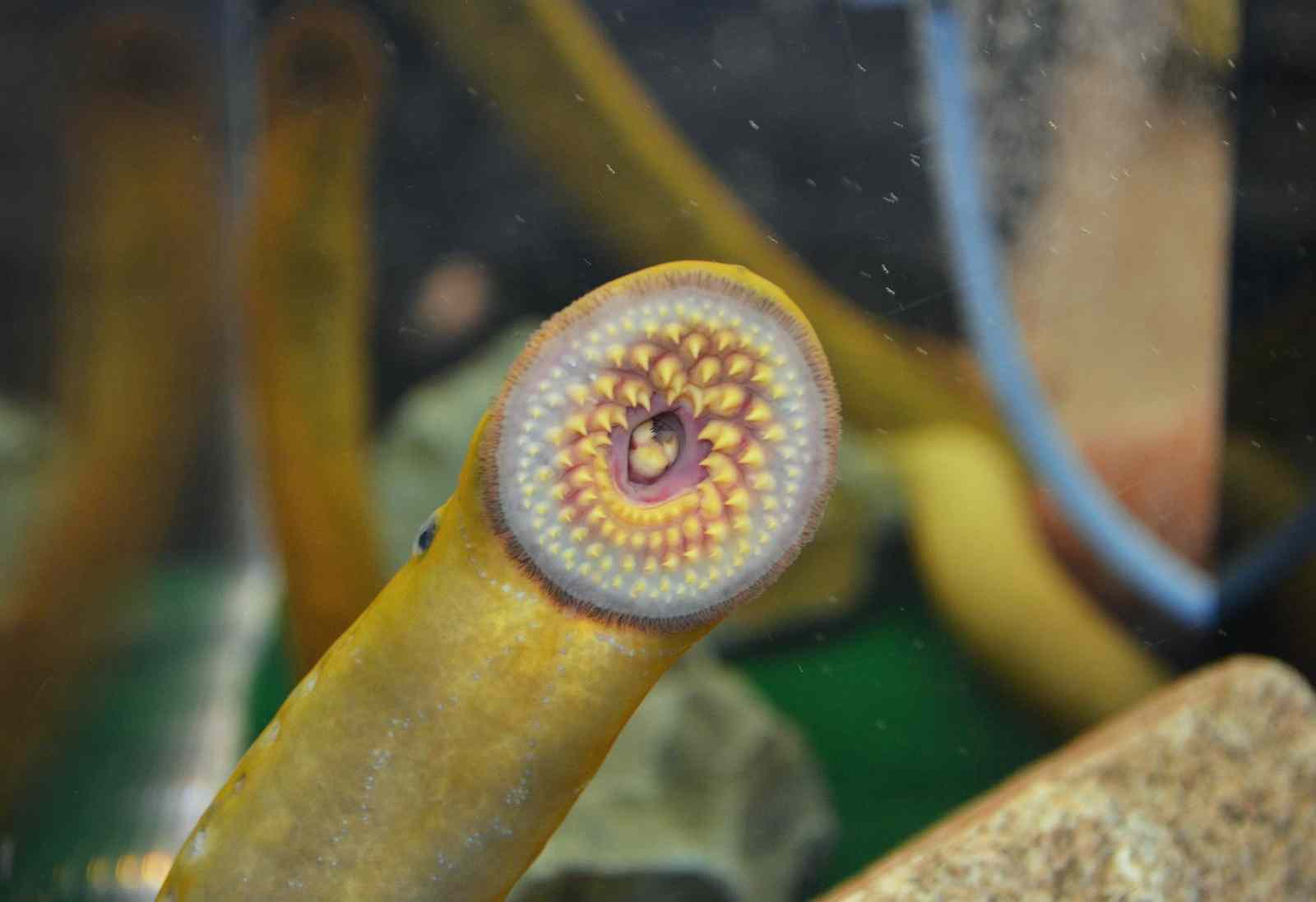 85% of fish that are attacked by Sea Lamprey will not survive.

Far from monstrous, the true giants in the Great Lakes are simply trying to survive in what can sometimes be an unstable environment.

Show your love for the Great Lakes and all the creatures that inhabit them by paying them a visit. Swimming, boating, and fishing in the Great Lakes connects you to the most extensive freshwater system on Earth and one of our most important freshwater resources.

It may seem simple, but engaging with your local waters is the first step in safeguarding them.