Amid early settlers, voyagers and explorers, and before settlements, Tribes, and nations lived along the lakes and rivers connected to the Great Lakes (Lake Huron, Ontario, Michigan, Erie, and Superior) for millennia.

Though many different tribes surround the Great Lakes, they've had some similar values and language closely tied with each other. In the early 1600s, the general culture was called the "Woodland" culture after adapting to the northeastern and southeastern woodland.

What nations surrounded the Great Lakes? 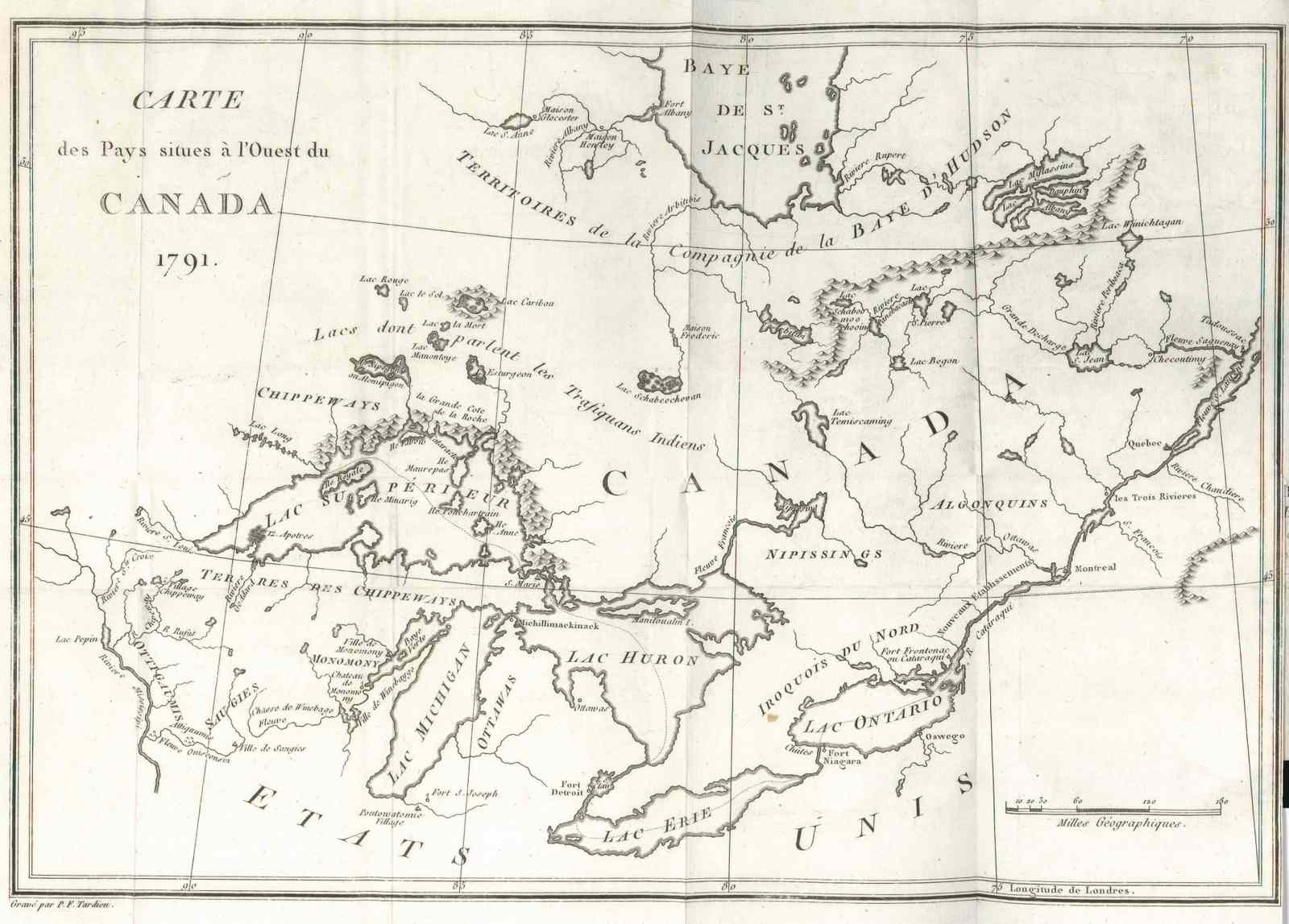 In the early 1600s, twenty tribes (that are recorded) surrounded the Great Lakes. Each tribe, like Ojibwe, Odawa, Nipissing, Algonquin, Abenaki, ​​Wolastoqiyik, and Mi'kmaq, were closely related to the Algonquin language and customs.

"The Iroquois" is also a broad term into which many tribes fall together as a nation, which makes up the "six nations' that include Seneca, Cayuga, Onondaga, Oneida, Mohawk, and Tuscarora.

In Woodland societies, men would generally hunt and trap big game like deer, moose, fish, and other mammals. Typically, women were in charge of harvesting and gardening, gathering wild rice, maple syrup, medicine, and berries. First Nations people relied on the wet landscapes of the Great Lakes region, gathering their primary food along the shores of lakes, riverbeds, and marshlands. 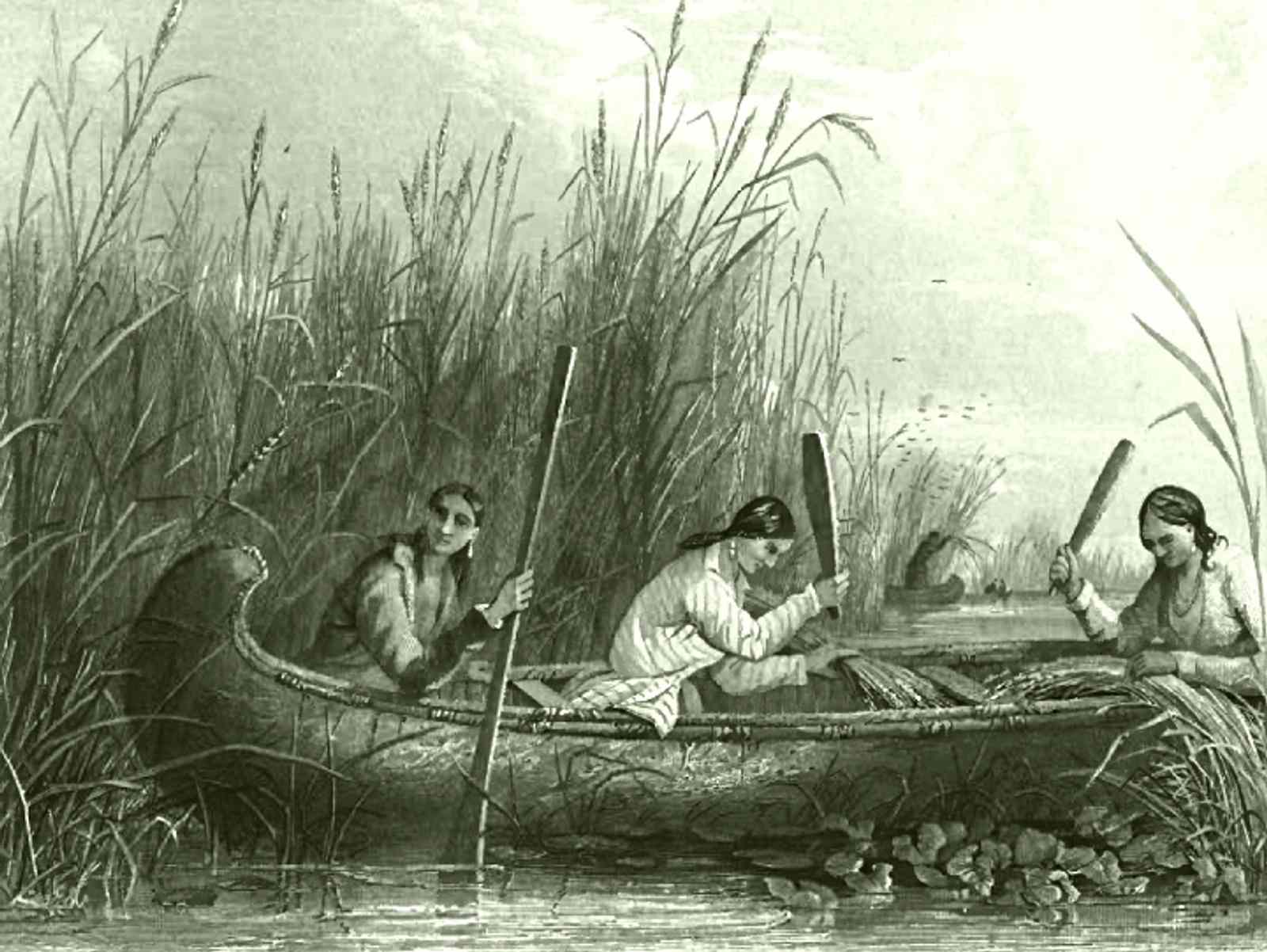 Southern nations had excellent knowledge of the land, from the plants and landscapes that were best for gardening, to which seasons were best for harvesting.

First Nations people used their knowledge and technical skills to cultivate the land in a way that provided abundant food for their family and community.

An example of this is "three sisters." The Haudenosaunee (Iroquois) planted Corn, Beans, and Squash together. The Corn, which was planted first to help build a foundation, the stock of the corn would allow the bean sister to grow upward and pull nitrogen from the air into the soil that the three sisters needed. The squash sister would provide cover and mulch that keep the soil away from weeds and pests. 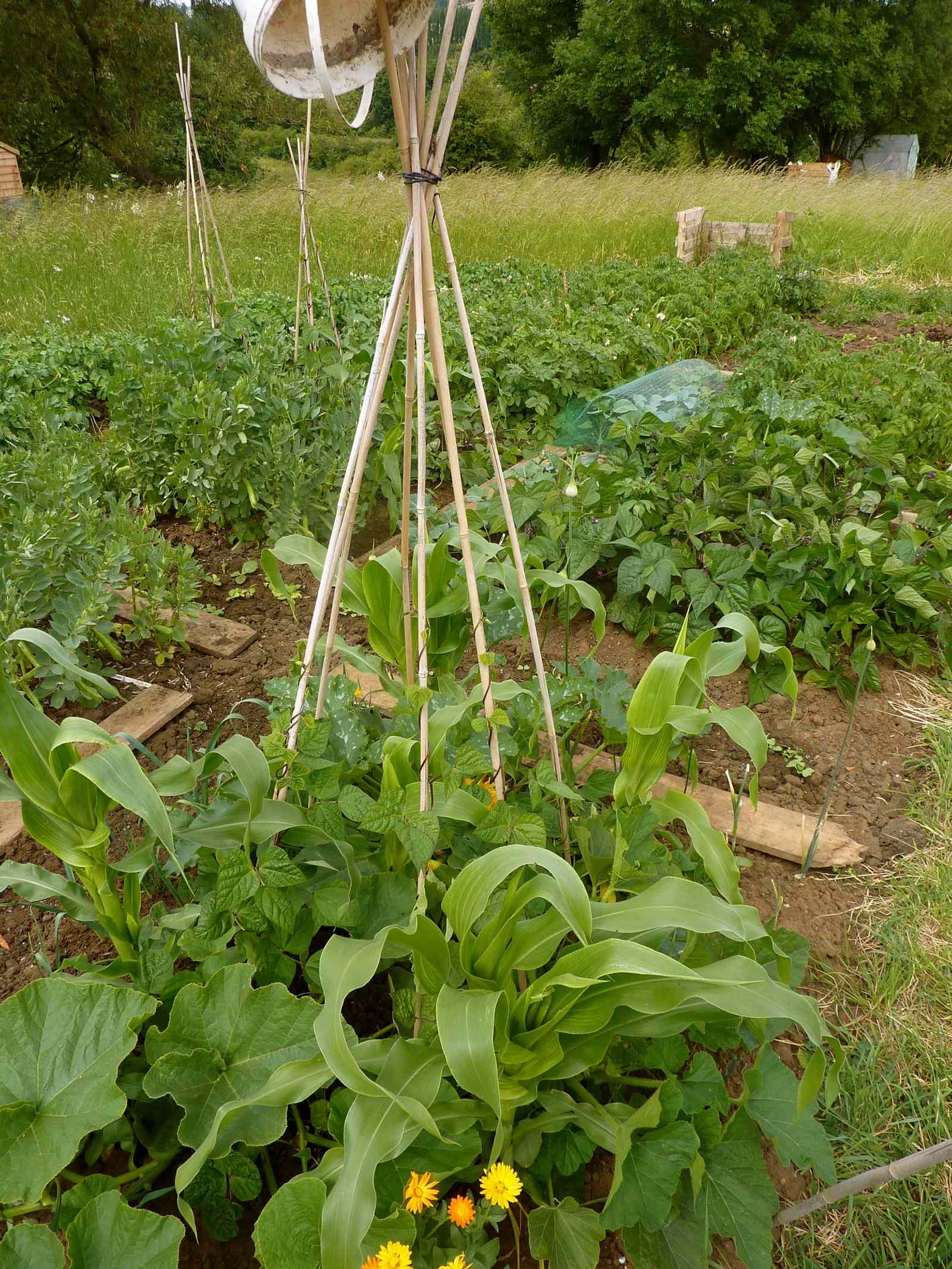 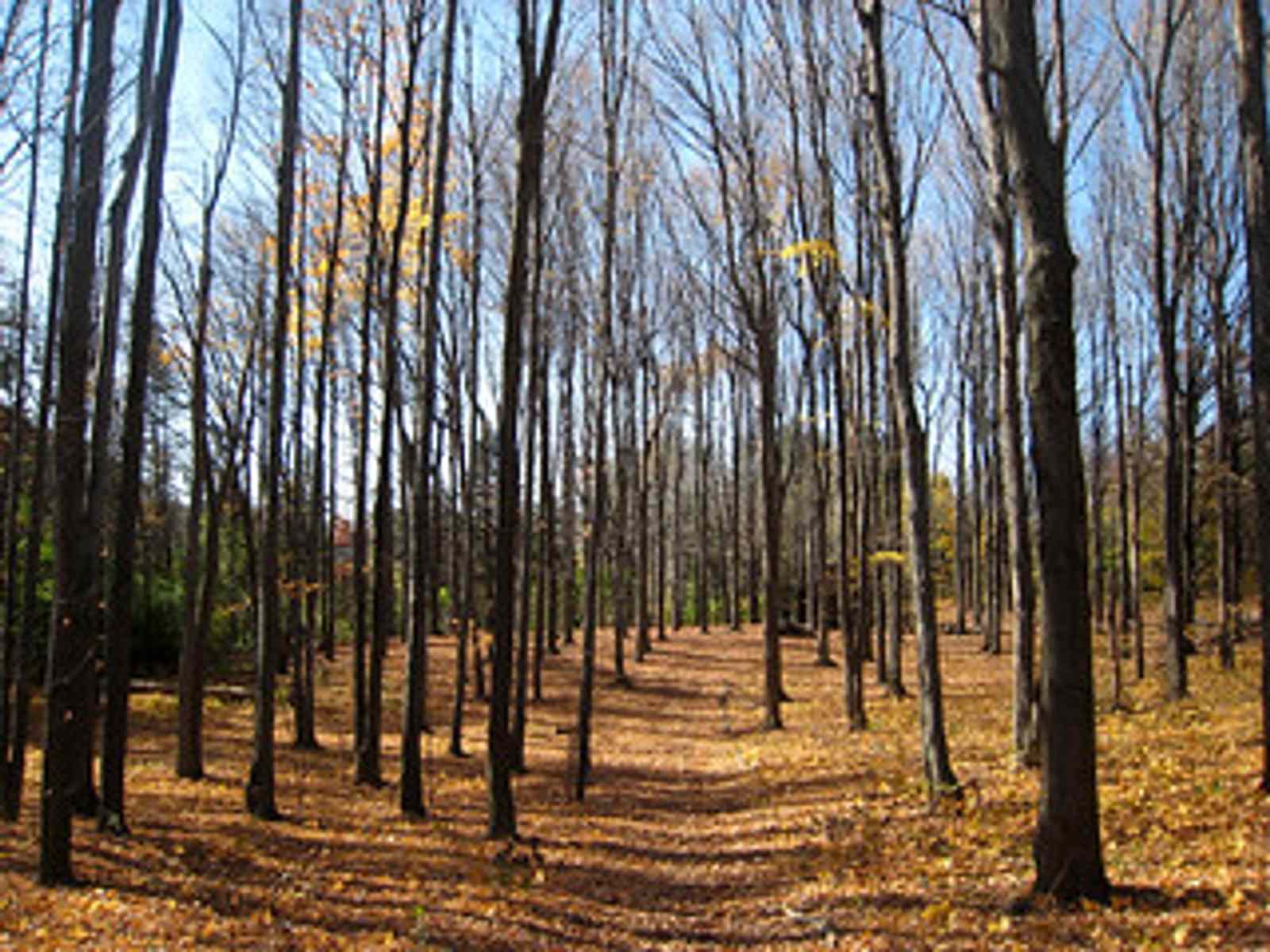 Sugar maple groves grow all along the Great Lakes, where Individual tribes and families collected sap and made it into maple syrup. These duties would usually fall upon women, who took care of their own lodge and sugar hut in these sugar bush groves.


Maple sap would run from the trees from March or April. First Nations people carried the liquid to the sugar hut or shack, where they then boiled down the sap over the fire. Forty gallons of sap would make only one gallon of syrup. Making maple syrup was a hard but rewarding task. Maple Syrup is an excellent treat that many First Nations people would use to make sugar cakes, granular maple sugar, and taffy. 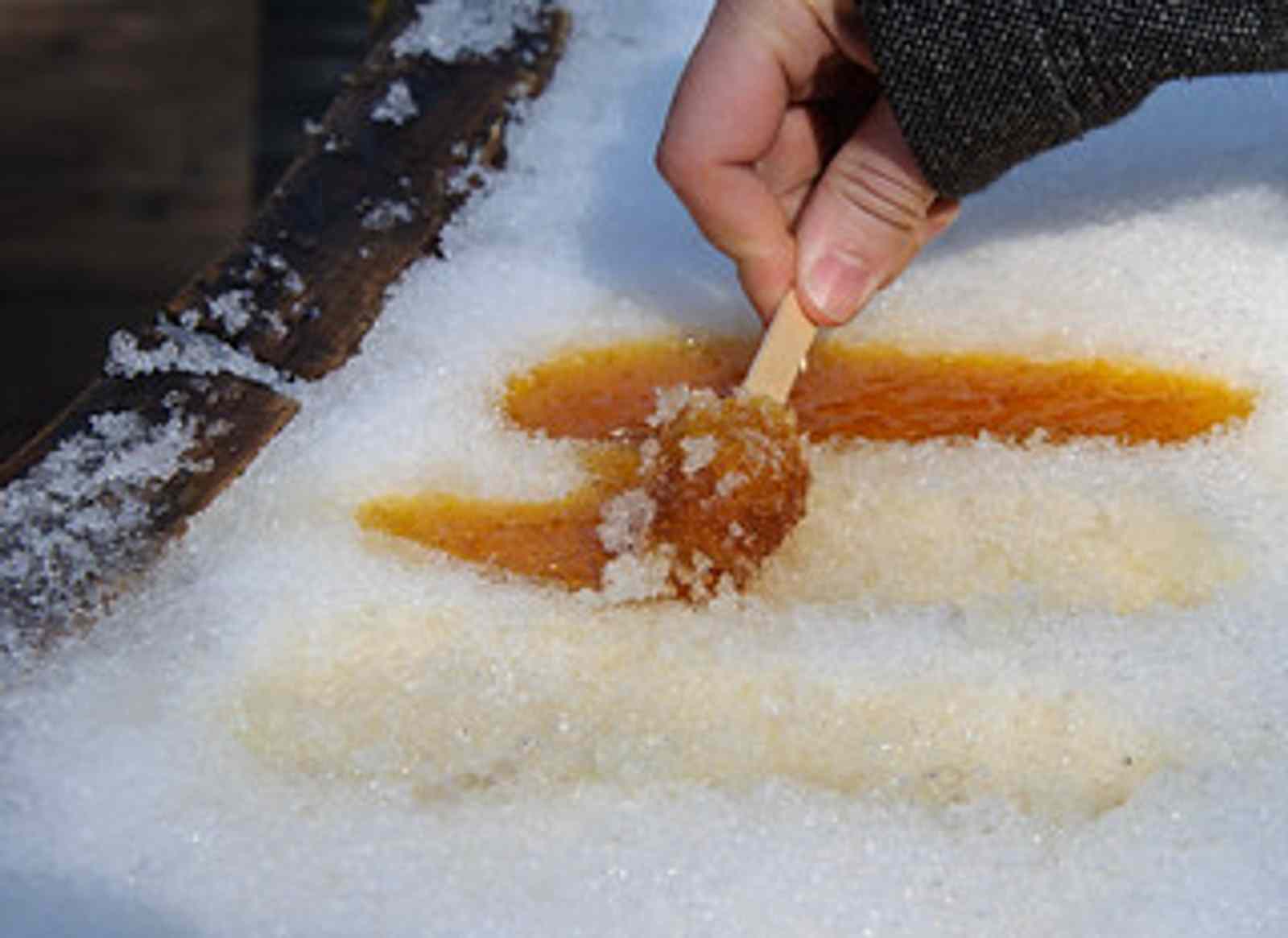 There is a story of how syrup came to be today...

The Creator brought much peace and simplicity for the Anishnabek, but one-day, Nanaboozhoo went to visit his Anishinabek friends. He thought he would see them fishing, harvesting berries, or hoeing their gardens. Nanaboozhoo did not see this. He caught the Anishnabek people drinking maple syrup straight from the tree.

He said, "This will not do! My people will get fat and lazy if they keep this up!". He then fetched water and went to a maple tree and said, "This is how it will be." He poured water down the maple tree, making the sap watery and less sweet. He made maple sap so that the Anishnabek people would have to work for their syrup.

That is the story of how the maple syrup making process came to be. The First nations then became grateful for the work they put into making syrup. (Different variations of this story exist within other nations.)


For many centuries, First Nations across Canada have practiced and demonstrated gratitude and respect for living and nonliving things. They do this through rituals and ceremonies, which are significantly different in each nation. These cultural practices include water ceremonies, naming ceremonies, full moon ceremonies, sweat lodges, and strawberry ceremonies.

Insight that indigenous cultures share is centered on “living the good way" or "way of knowing" that connects with the Creator, the land, and "all our relations." This way of thinking is still practiced today, and it is what unifies all indigenous people across our Canadian land.

Although Indigenous communities have different practices from coast to coast, they continue to come together as one through gatherings, feasts, and powwow competitions. 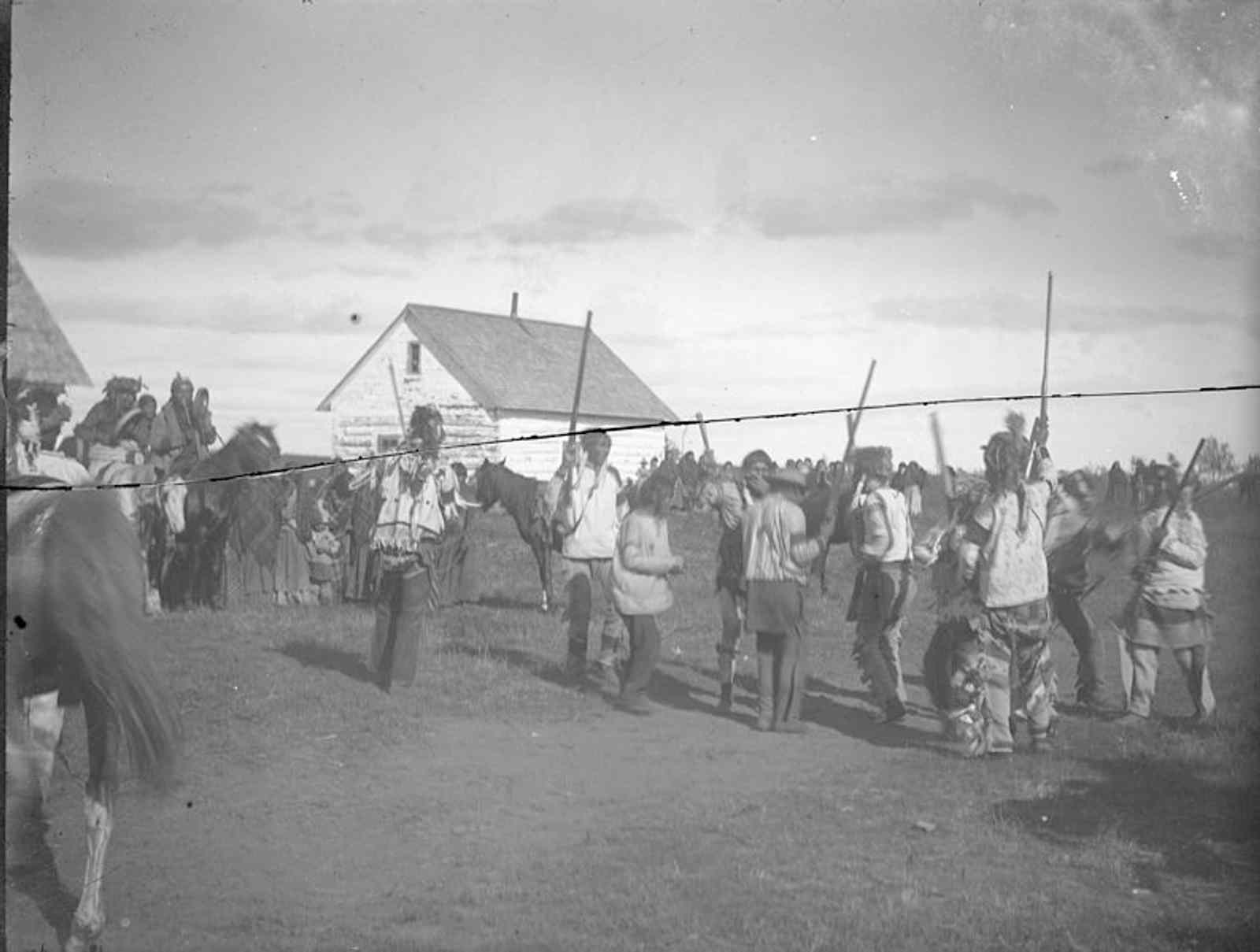 In 1876, the Indian Act was enforced by laws that did not allow pow wows or any type of gatherings or forms of spiritual practice. This caused many First Nations to go "underground" to practice their culture. The Indian Act agents were to encourage and enforce assimilation to First Nations. Usually, First Nations would have to receive a written letter of permission from Indian agents to participate or form any type of cultural event but were often denied.

Even the slightest interest in a gathering would get individuals in trouble. If First Nations were caught carrying out any cultural practices, they would go to jail. They would face numerous acts of cruelty, like getting their haircut, being kept awake, being forced to wear western clothing, and having rations withheld from themselves and their families. 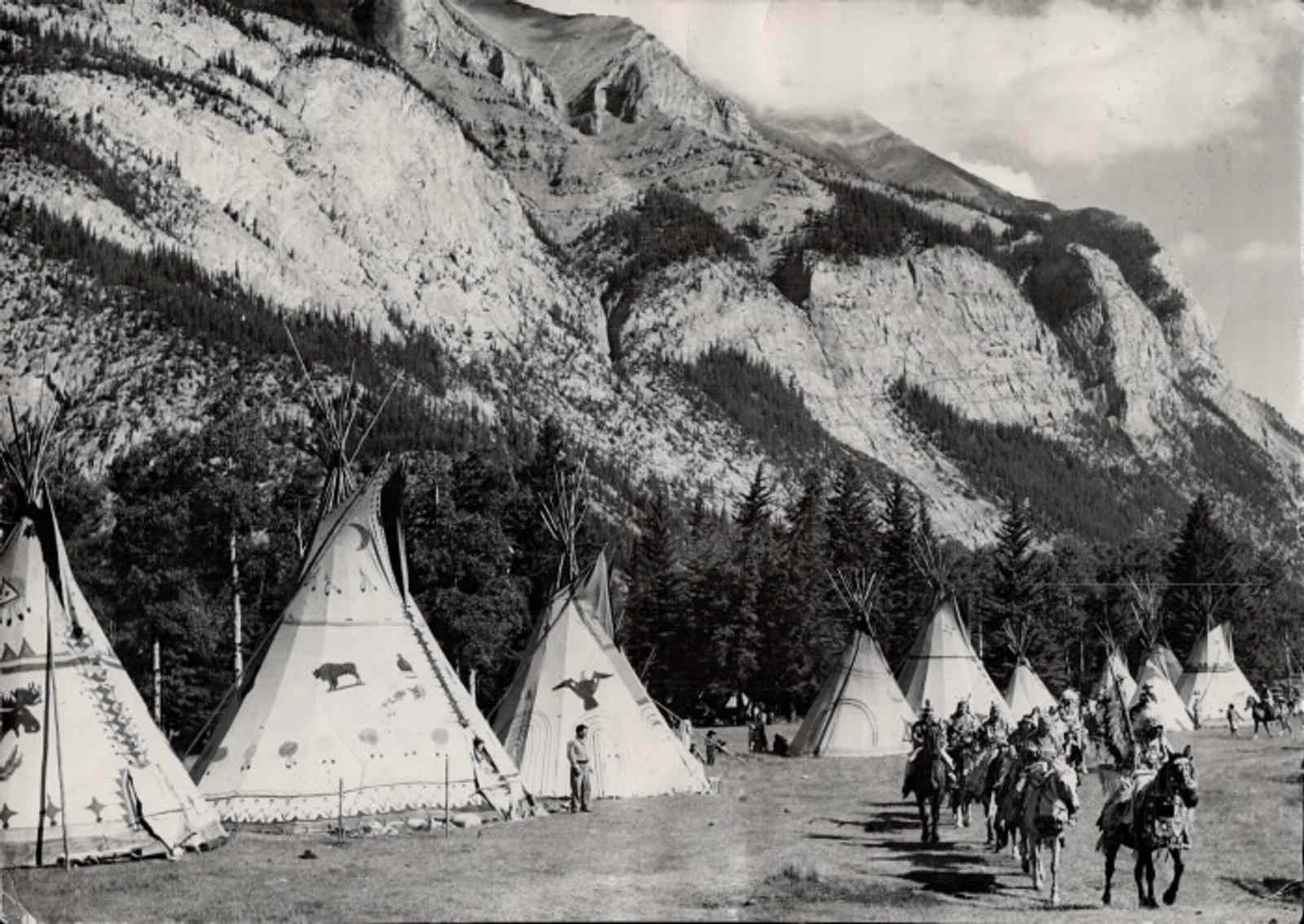 
Between 1910 and 1972, First Nations in Canada had one day a year called "Indian days" during which they could relive their culture in dance and gatherings without punishment (but under strict conditions).

Throughout the festival, the government and agents would give First Nations rations or honorarium to dance for white tourists. They were often encouraged to "dress up," entertain, and hold poses in teepees. It was a "great authentic experience" to get a picture with a First Nations girl, usually luring her with a chocolate bar to get a photo. 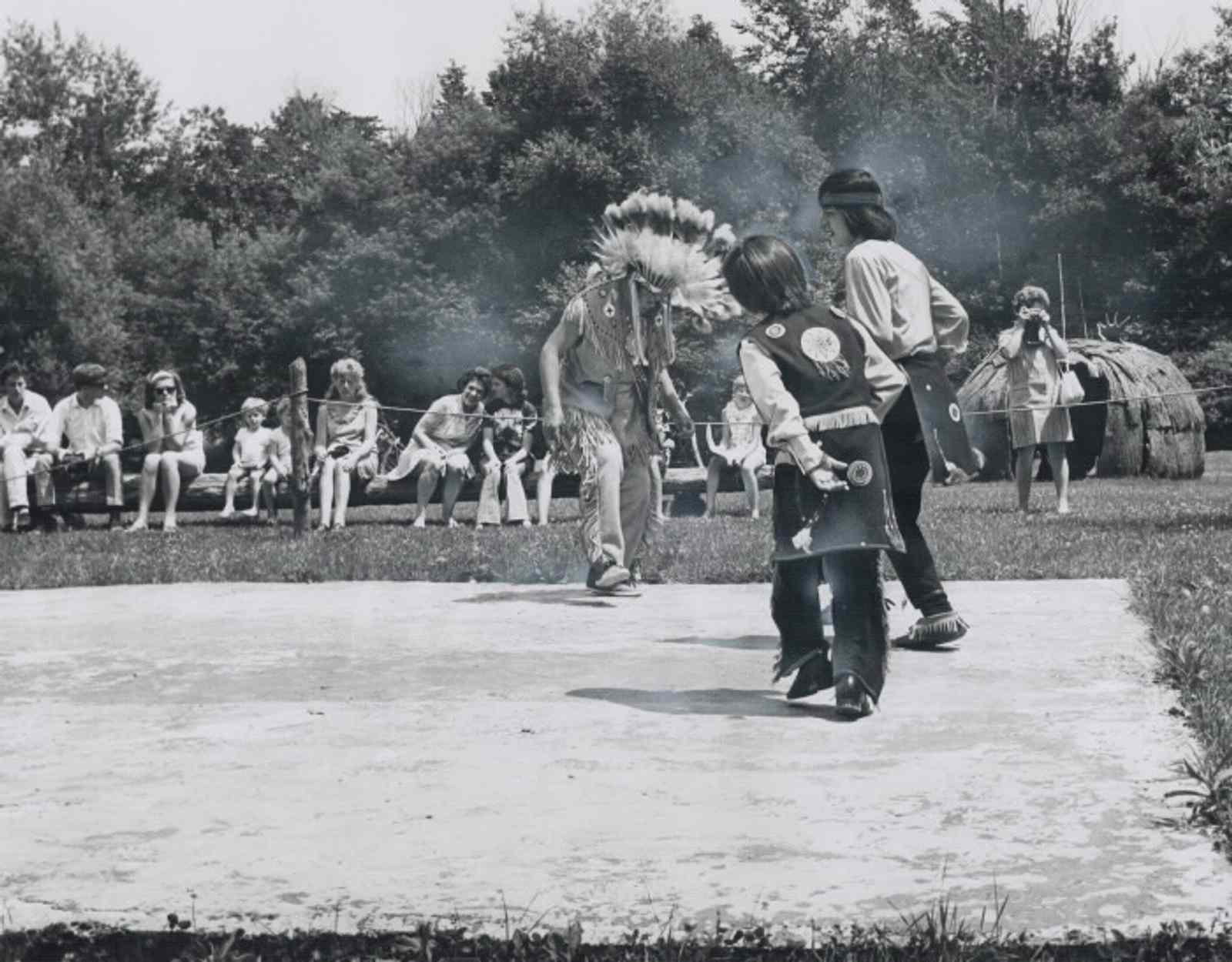 
For generations, Indigenous culture has been alive and well and continues today despite hundreds of years of enforced assimilation. Today, we acknowledge the territories we reside in throughout Canada and the Great Lakes region. It helps us to recognize and respect these territories.

What are treaties? Service Canada defines treaties as "a binding formal agreement, contract, or other written instrument that establishes obligations between two or more subjects." Our ancestors signed together to make us all treaty people of Canada so we could share resources and care for the land. 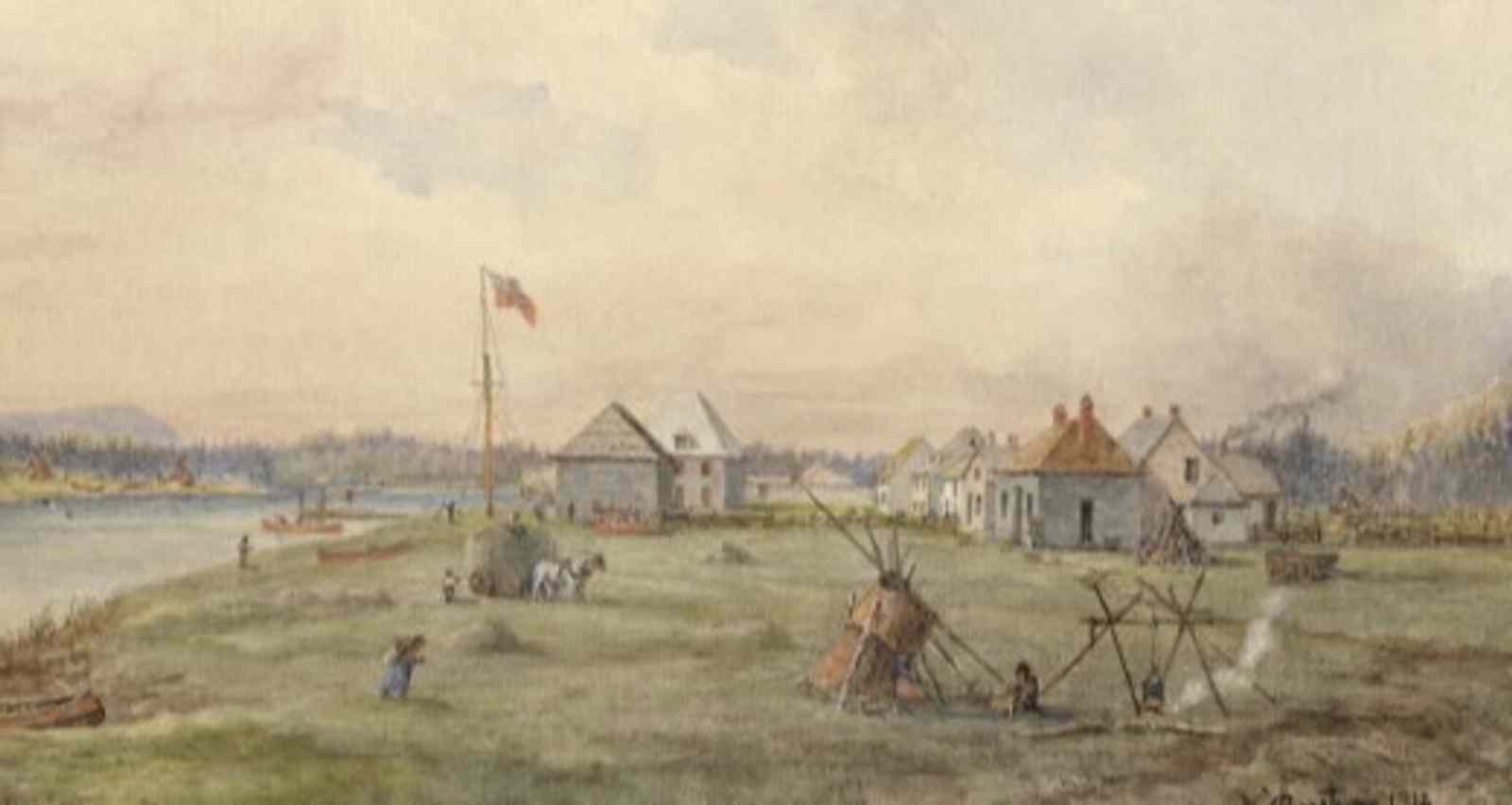 All reserve land in Ontario makes up less than one percent of the province's total landmass.

There is much to learn about the systems that negatively (and every so often positively) affect First Nation communities. Some of these issues are related to education, economic development, politics, housing, food, and environmental pollution; and sadly, northern communities seem to have it harder than the southern province communities. 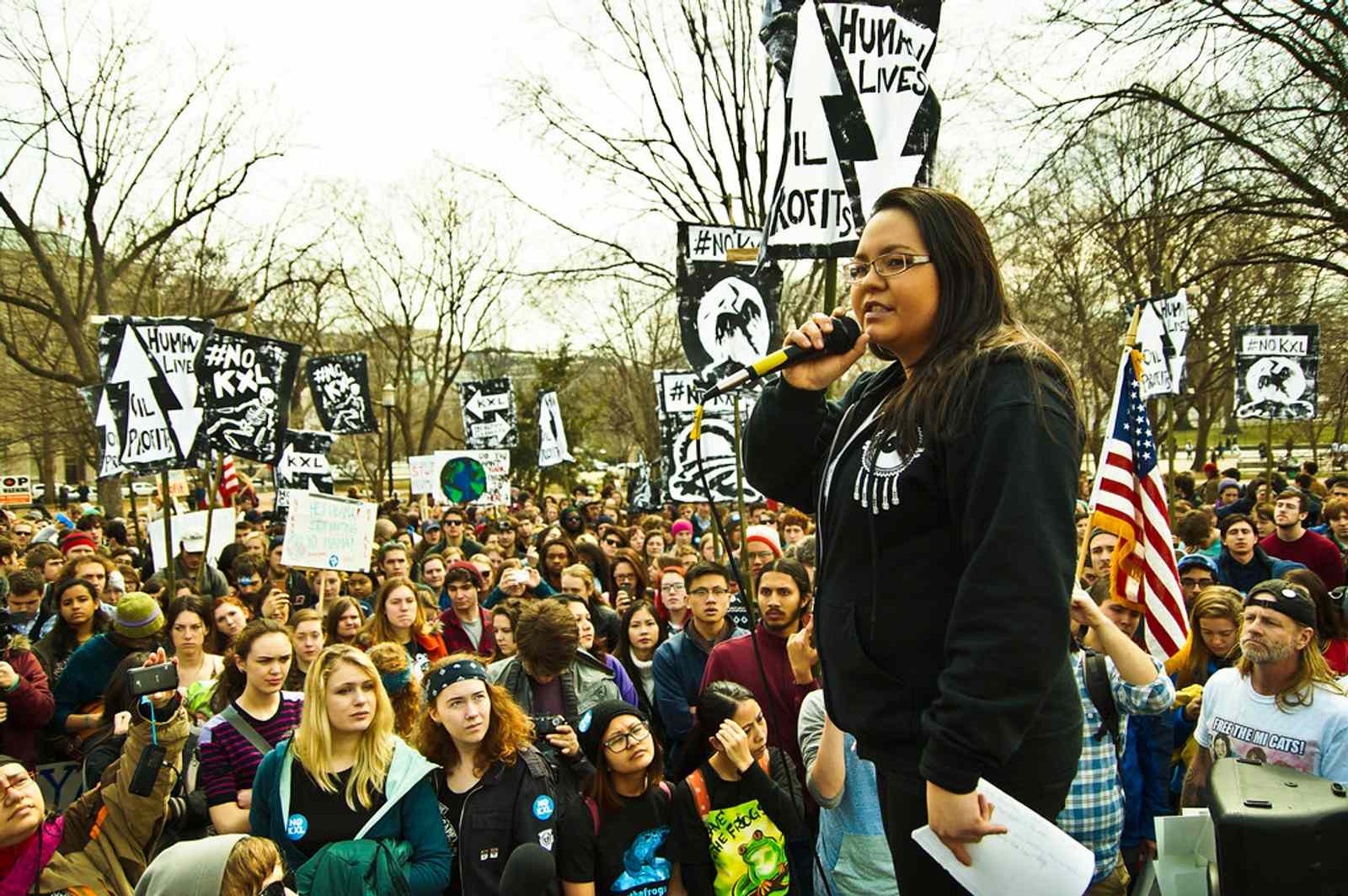 First Nations communities have faced a lot during these past hundred years of colonialism, systematic racism, and assimilation. Nations on Turtle Island are pushing for environmental activism, allyship, understanding, and people's involvement because "We are all treaty people" of Canada. 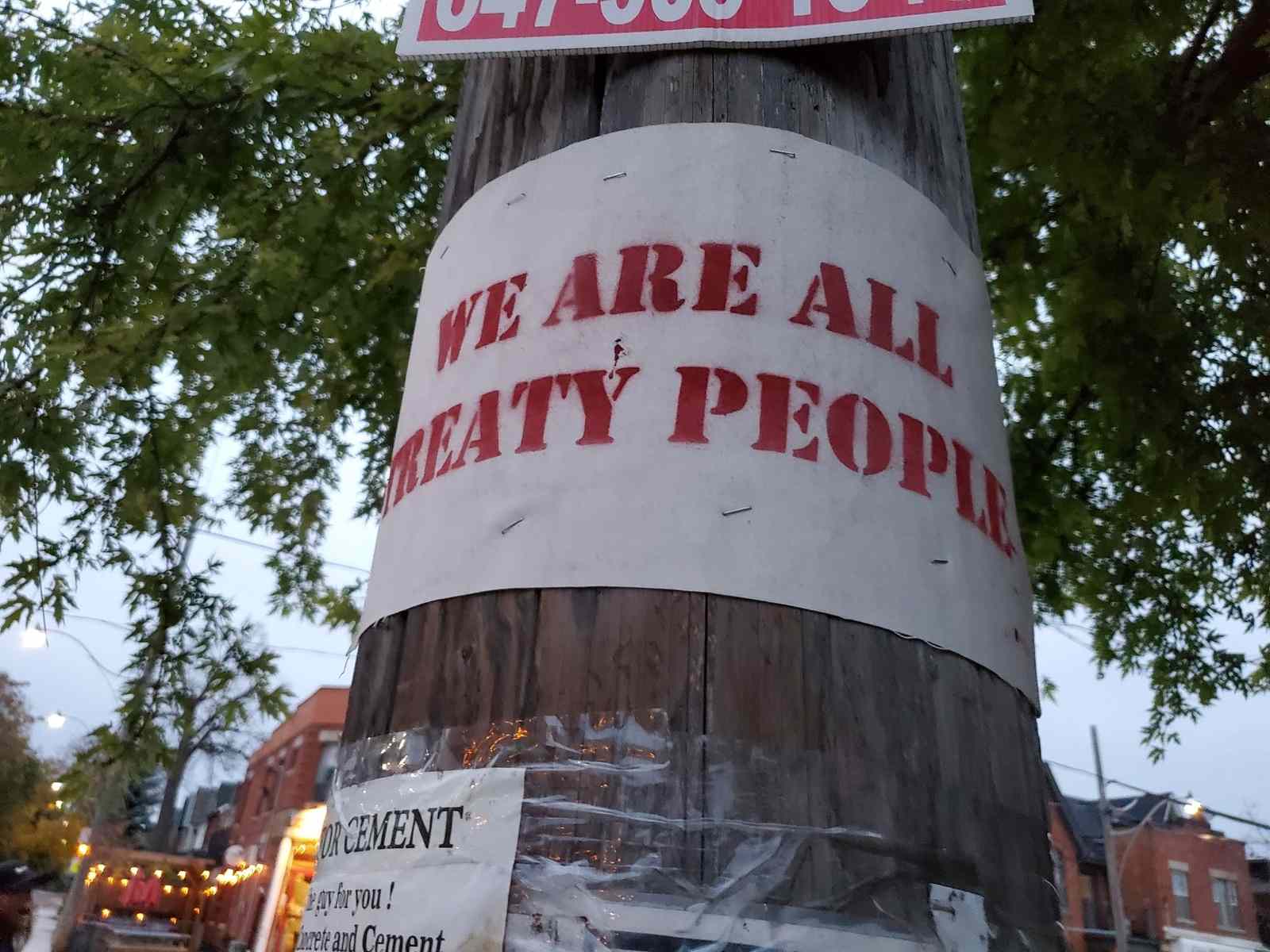 To Learn more about Indigenous history and culture, you can sign up for a high school course, or find online webinars. You can also visit your local indigenous culture/friendship center. You can even research the subject online. It's an integral part of our country’s history that we should all get to know, learn, and understand more about.

Here is a list of resources to check out at home.

Learn about 'Truth and reconciliation'

What Traditional territory are you resided on?