Recognize how water shapes the land: A closer look at the Great Lakes region | Great Lakes Guide
By Meghan Callon

The Great Lakes are, obviously, composed of water. That water has been shaping and changing the landscape of this region for thousands of years. All around you are clues as to how the land has changed over time. We are living in an ancient land, ever changing, and forever being shaped by water.

Every day is a “World Water Day”. We live in a water world.

How does water shape the land?


There are three main processes by which water can shape a landscape. 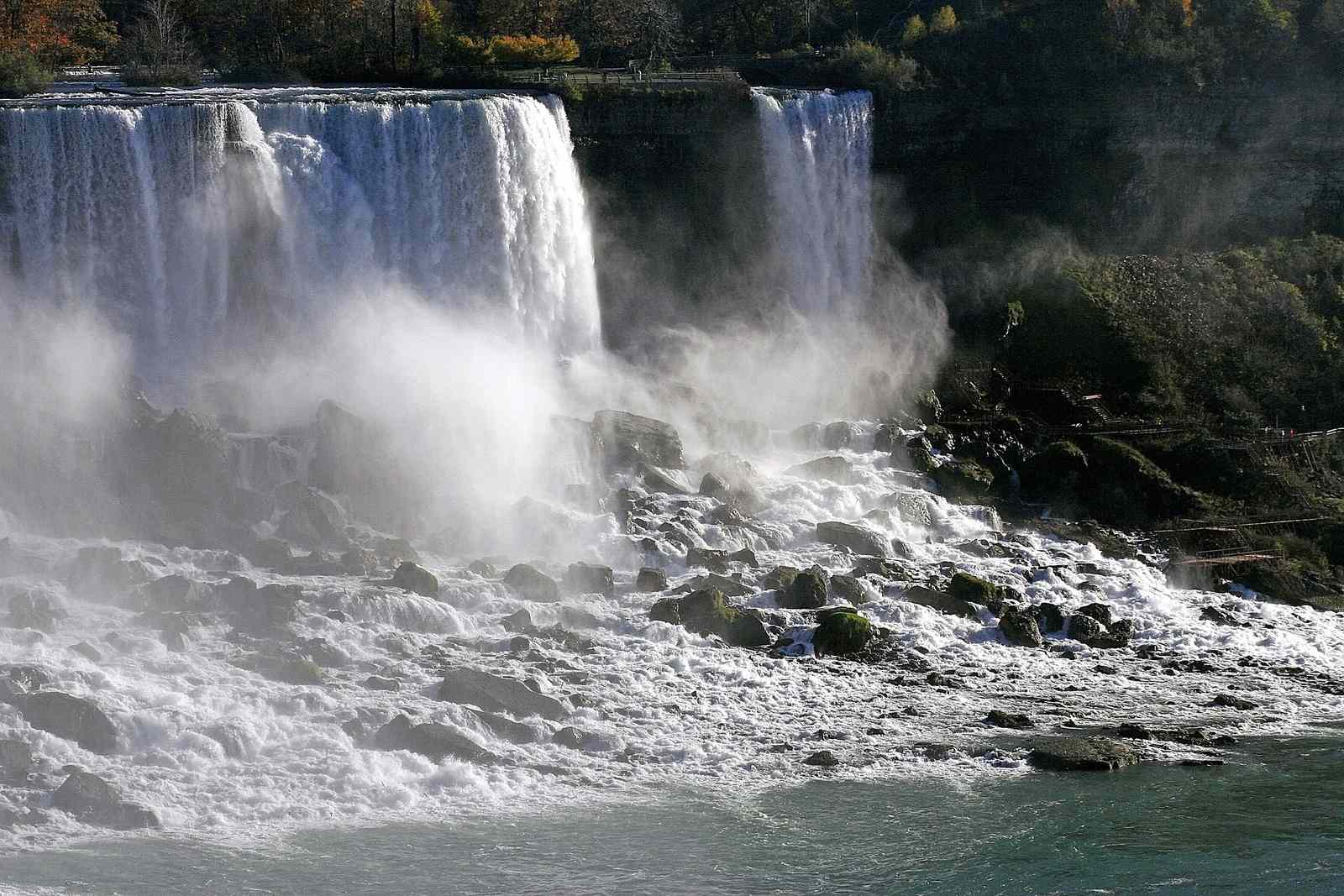 Weathering breaks down features by gradually breaking rock into smaller pieces. This process can take thousands of years. Weathering can be caused by freezing and thawing cycles, chemicals in the environment, and plant or animal-related impacts. 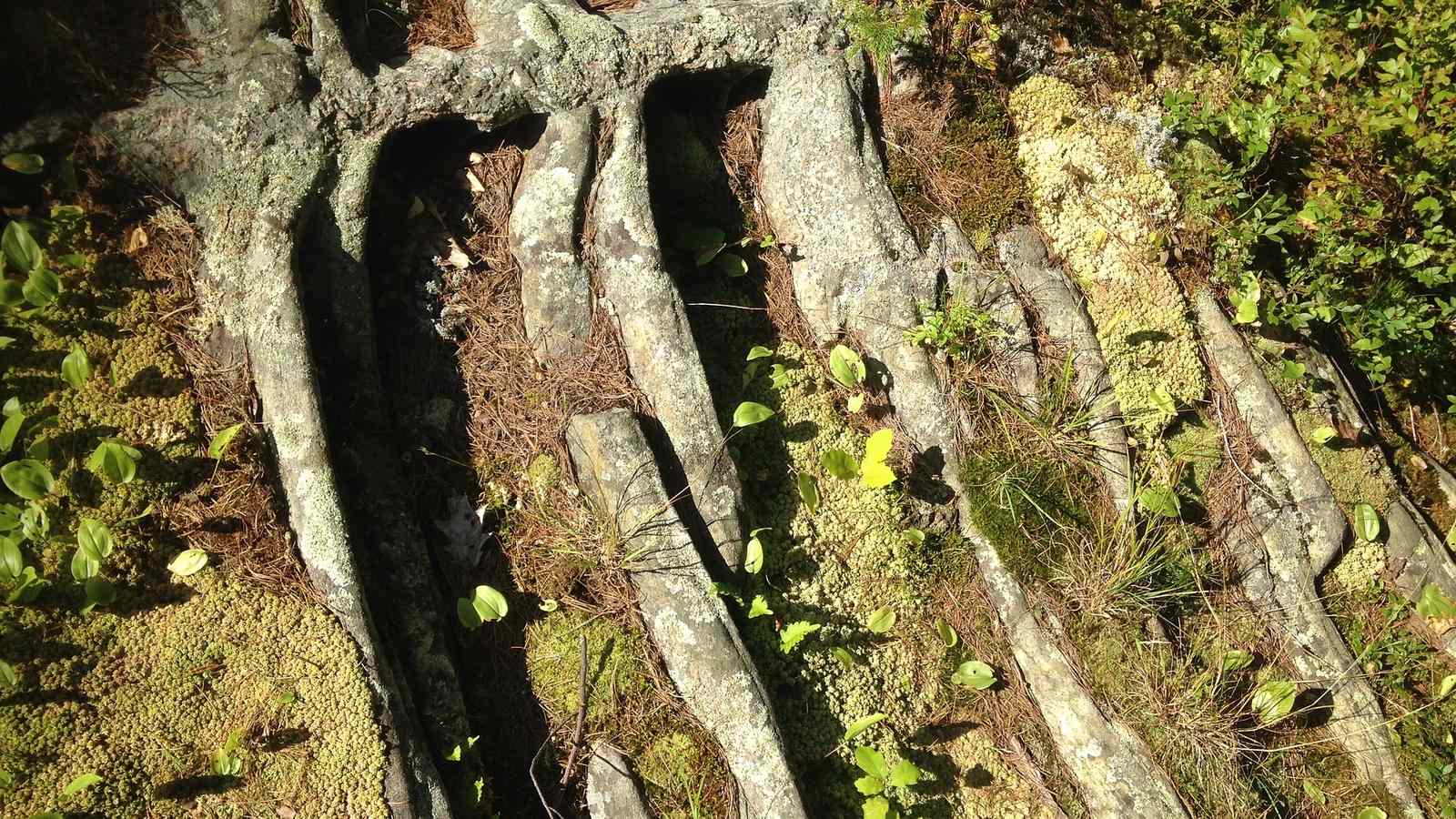 Erosion breaks down features through the movement of rocks throughout the landscape. Water moves weathered rock from their original location, carving out the landscape. This process can be either fast or slow, depending on the elements. Running water, wind, ice, and gravity can all carry rocks and boulders, gouging out the land.

Due to the sheer force of water, the Canadian side of Niagara Falls (Horseshoe Falls) is receding at an average rate of 1.5m per year! 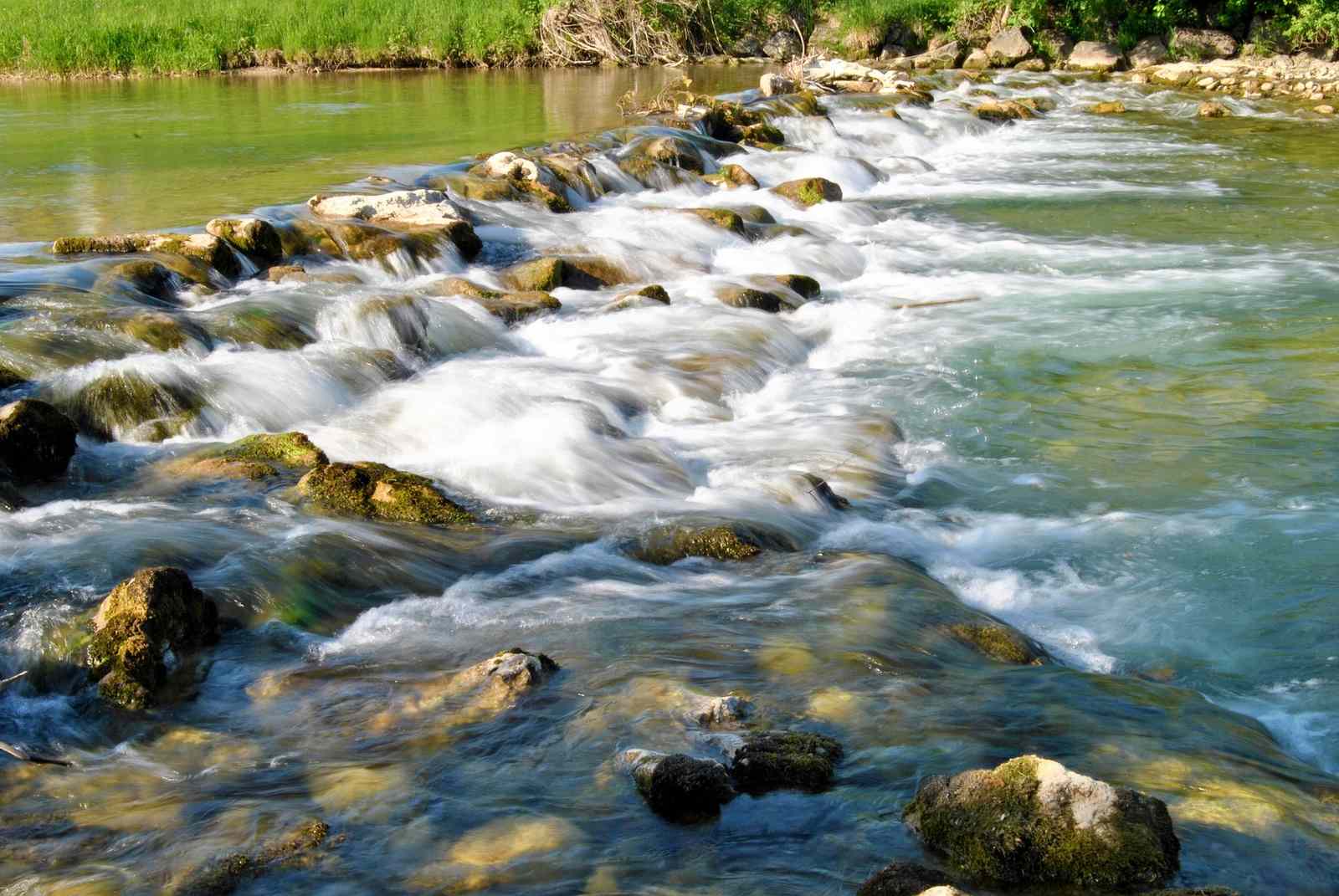 As opposed to breaking down features, deposition actually builds them up. Similar to erosion, rocks and boulders are transported from their original location and deposited in another. As the flowing water slows, it will deposit this material, starting with the largest and heaviest pieces. These new formations build new land.

How the Great Lakes have shaped the land


Can you think of iconic landscapes that have been shaped by water? The Grand Canyon comes to mind. But what about right here, in the Great Lakes region? Everywhere you look there are examples of how water has shaped this area. 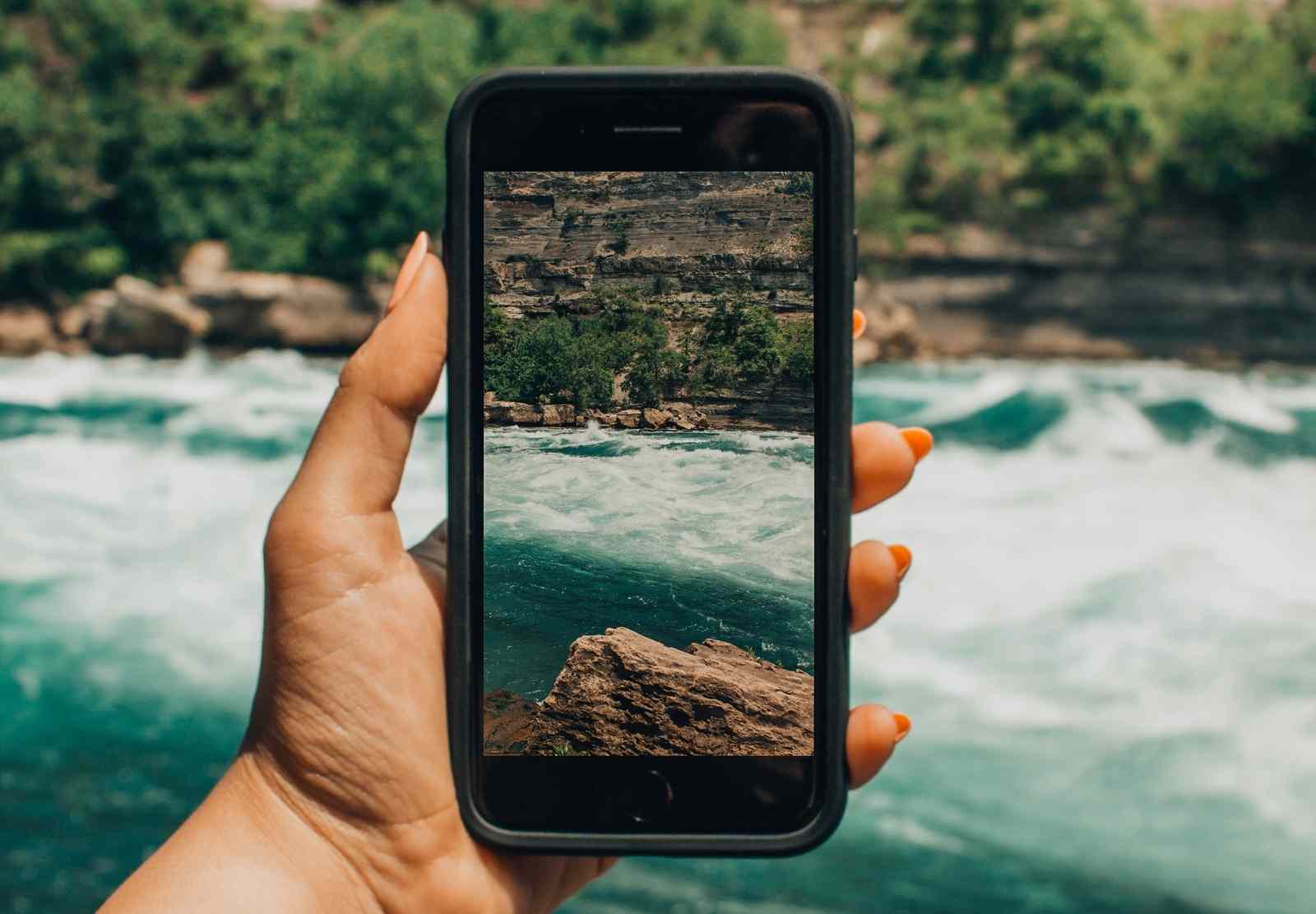 Together, weathering and erosions create caves. Landscapes with many cave features are called Karsts. Do you live near a Karst? There are many karsts within the great Lakes region, particularly in the Niagara region, the Bruce Peninsula, and Manitoulin Island. A popular spot to explore these caves is the Eramosa Karst Conservation Area. 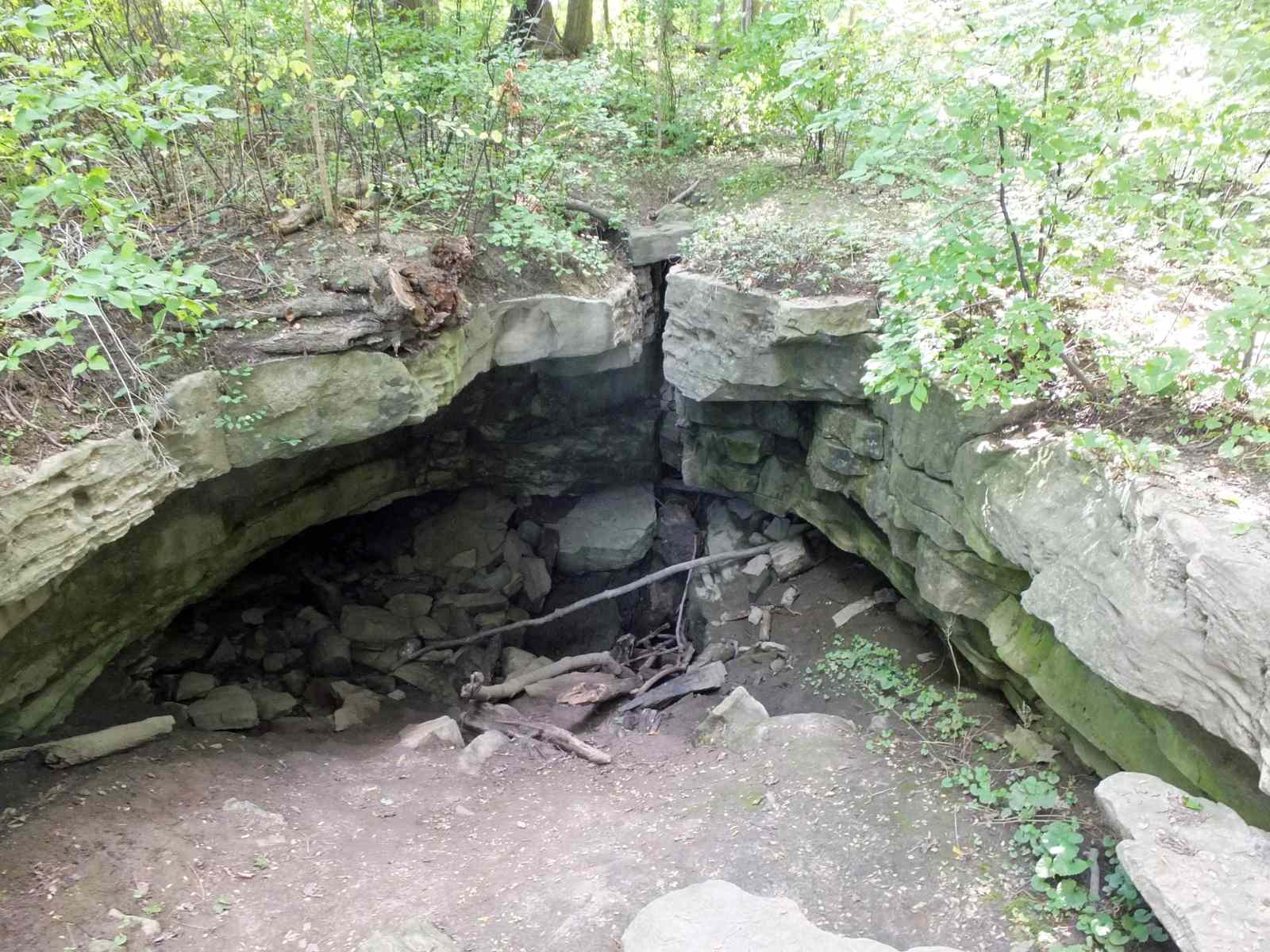 Another spectacular local example of land that has been shaped by water is the Chetlenham Badlands. This uniquely beautiful spot is located in Caledon, Ontario and is like something out of your imagination. The badlands originally formed the base of an ancient sea, over 400 million years ago. This hard, red rock was exposed in the early 1900’s due to over-farming of the land.

The brilliant red hues are caused by iron deposits. The distinct green streaks are a result of ground water running over the rocks, turning the red iron oxide to green iron oxide (similar to the copper roofs that sit atop the Canadian Parliament building). 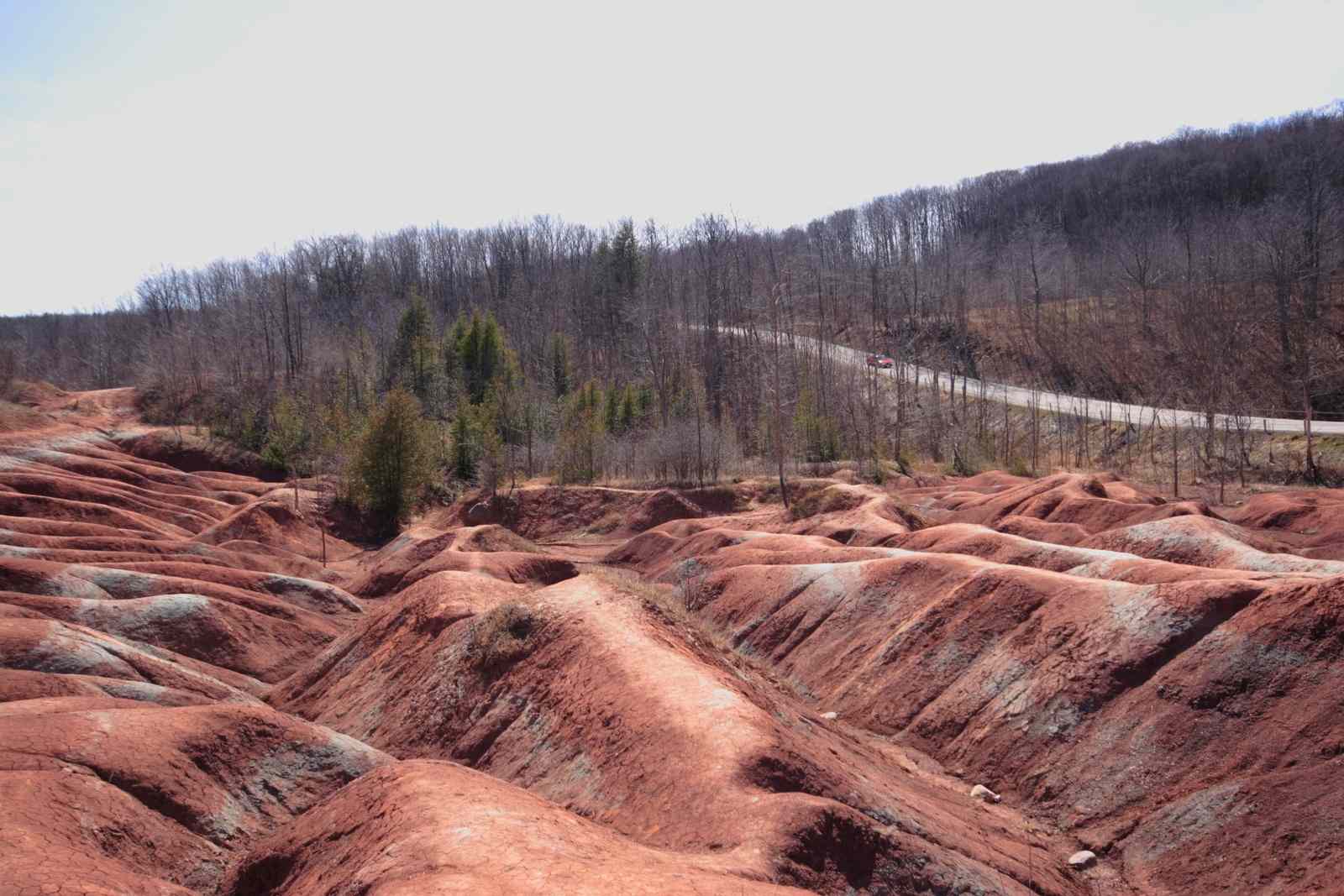 Glaciers (frozen water!) also have a massive impact on the land, shape the terrain through erosion and deposition. As glaciers move, they scratch the rock, leaving behind striations. They can carve out whole valleys into distinct “U” or “V” shapes by moving. Look for these shapes and striations the next time you are near a waterfall or a canyon. 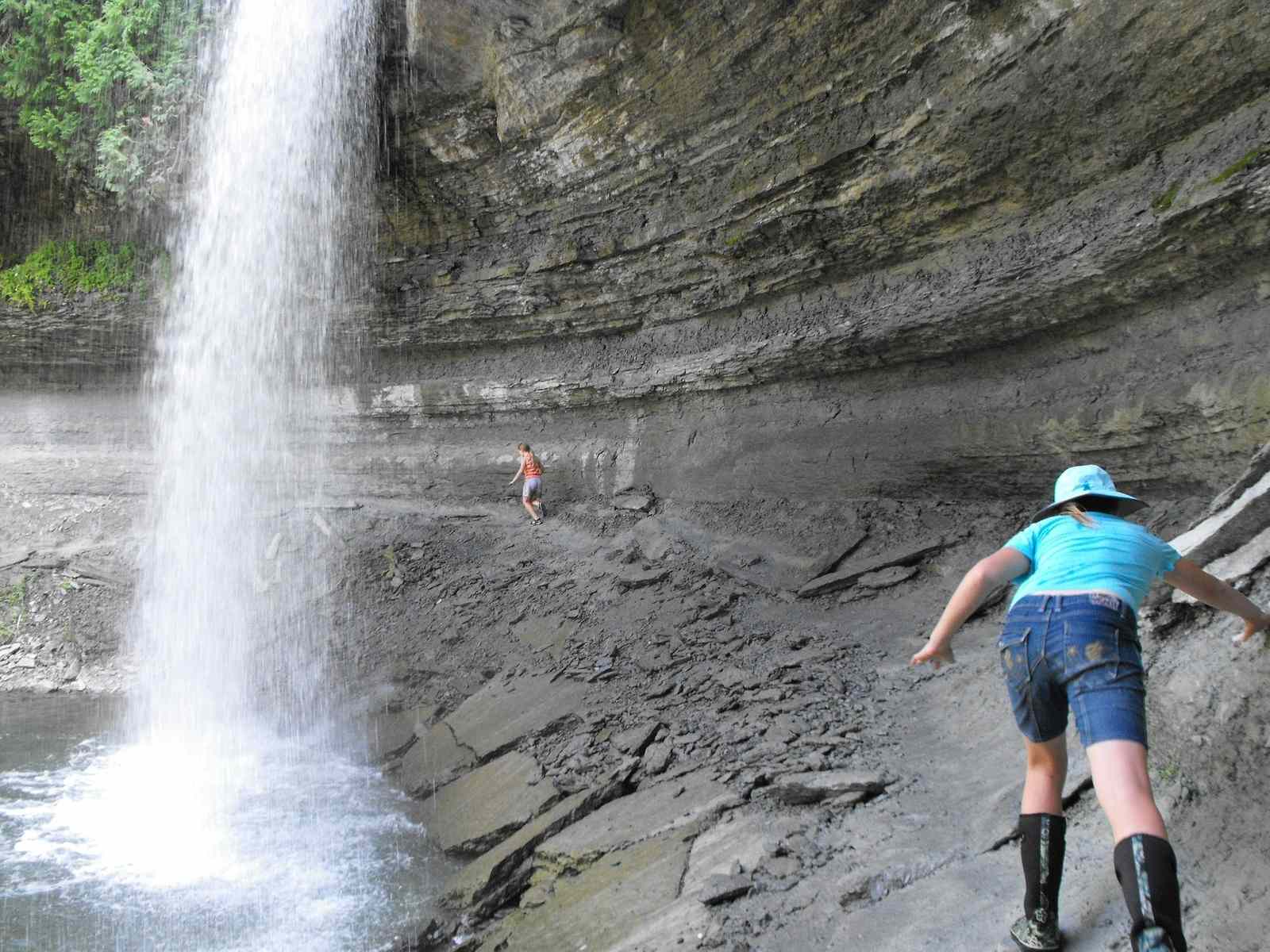 For tens of thousands of years, glaciers moved across this land, melting and carving the terrain. The Great Lakes themselves were formed by depressions left by an ancient moving glacier (The Laurentide Ice Sheet) around 10,000-20,000 years ago.

Downtown Toronto used to be the bottom of a lake. Nowadays, Casa Loma sits on the edge of Lake Ontario’s predecessor, “Lake Iroquois.” The Scarborough Bluffs are one of the many unique features left behind by this ancient lake. 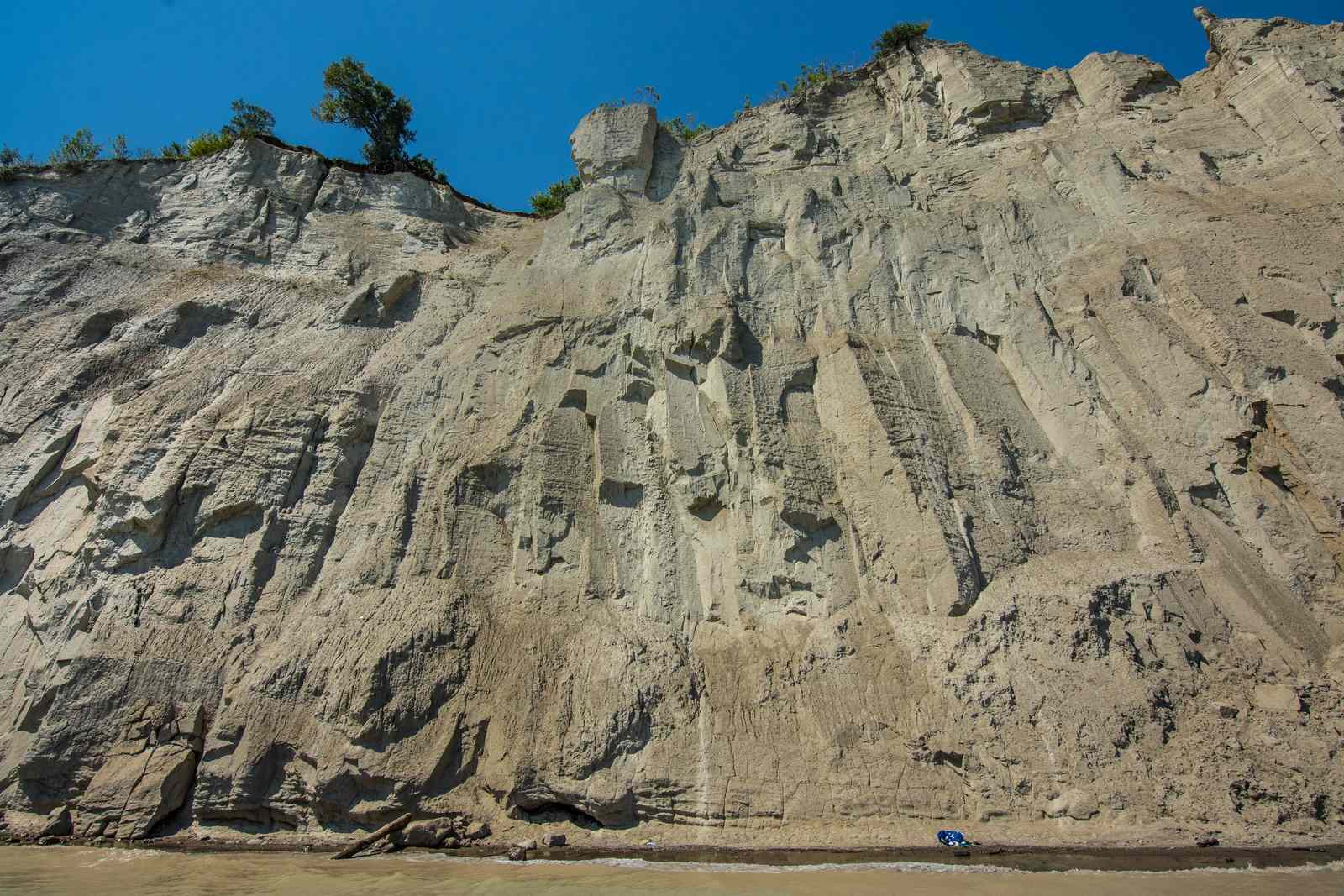 Moraines are also formed by moving glaciers. Moraines are ridges of rocky material that has been left behind by a glacier. A famous local example is the Oak Ridges Moraine near Newmarket, Ontario.

Moraines have wonderfully porous soils, allowing for superb water drainage to the nearby waterbodies. The Oak Ridges Moraine is the headwater (starting spot) for over 30 rivers that flow into Lake Ontario on one side and Lake Simcoe on the other. 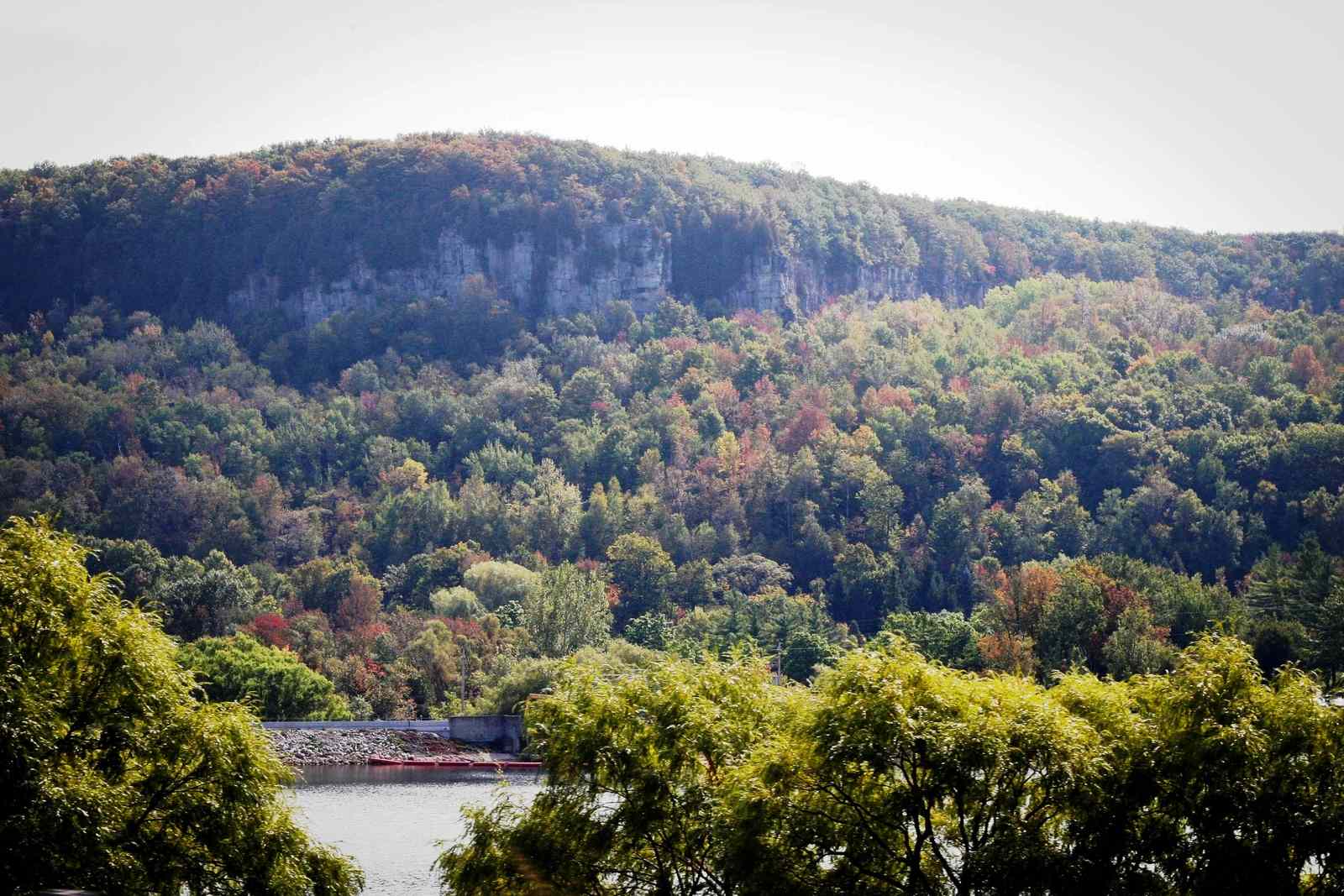 The next time you are out for a walk, look for features in the landscape that have been shaped by water. You might find that you have a new appreciation for what water can do.


To learn more about the importance of the Great lakes, visit our Great Lake pages.