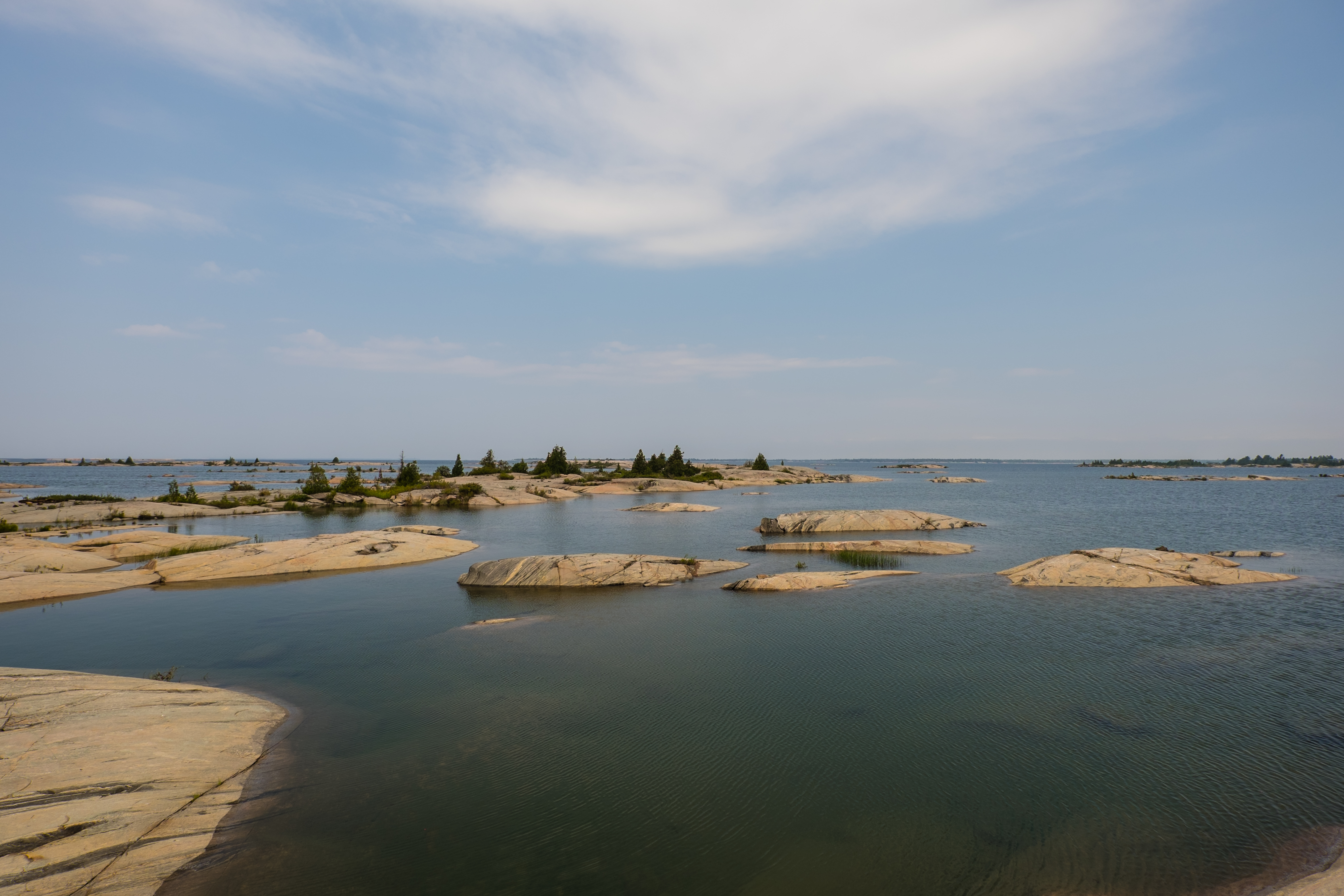 Previous Next
My Watermark is Georgian Bay, Ontario.

My sister-in-law turned 50 last week. The party was this past Saturday at her charming cabin on Georgian Bay in Craigleith, Ontario. It was a perfect celebration and yet-another-addition to my bank of memories on The Bay

They begin in the 70's, a father-son trip down the French River, where I nearly drowned and my brother fell in the fire. The image is vivid still, from below the surface, of my uncle reaching in to fish me out. My brother cried all night long. We saw fresh bear scat too and ate fish caught only an hour before.

In the early 2000's I visited the island of a friend with my young family. Their cabin was North of 12 Mile on Ajax Island. The Bay was calm, a gift, so we paddled his father-in-law's canvas canoe out to Hillier Island. Half way across my paddle hit a shoal and I was immediately overwhelmed by its size and my relative insignificance. I decided to know this body of water better. I'd been scared by it twice.

In 2008 I bought a charming cabin of my own at the mouth of the Naiscoot River. For 3 years it was the purest version of home I'd ever experienced. Selling it post-divorce was the only time I've ever experienced loss around a material possession.

Silent Island in 2011. I was falling in love and she and I were here together.

In 2015 my daughter was experiencing disruption in her world. We paddled from where 529 crosses the Naiscoot to Killarney. The Bay challenged and healed us.

On Saturday we celebrated Kathi. The Bay was calm again and the water very high. I paddled a SUP out a fair distance as I caught up with a friend. Again, The Bay was a loving host.

Georgian Bay - The Bay to those who know it intimately, The Sweet Sea to Samuel Champlain - is my body of water. It has left its mark on my deepest parts.