One of the largest hydrologic systems in the world, the St. Lawrence River is the third largest in North America, next to the Mississippi and Mackenzie Rivers. Water flows through the westernmost Great Lakes, out of Lake Ontario, and down into the deep trench that is the St. Lawrence River. It weaves and rushes eastward, eventually finding its way to the ocean. This vast river is responsible for draining more than 25% of the Earth’s freshwater reserves and hosts an abundance of animal and plant species. The St. Lawrence is a vital and versatile waterway and the gateway between the Great Lakes and the North Atlantic.

The St. Lawrence River in a nutshell: 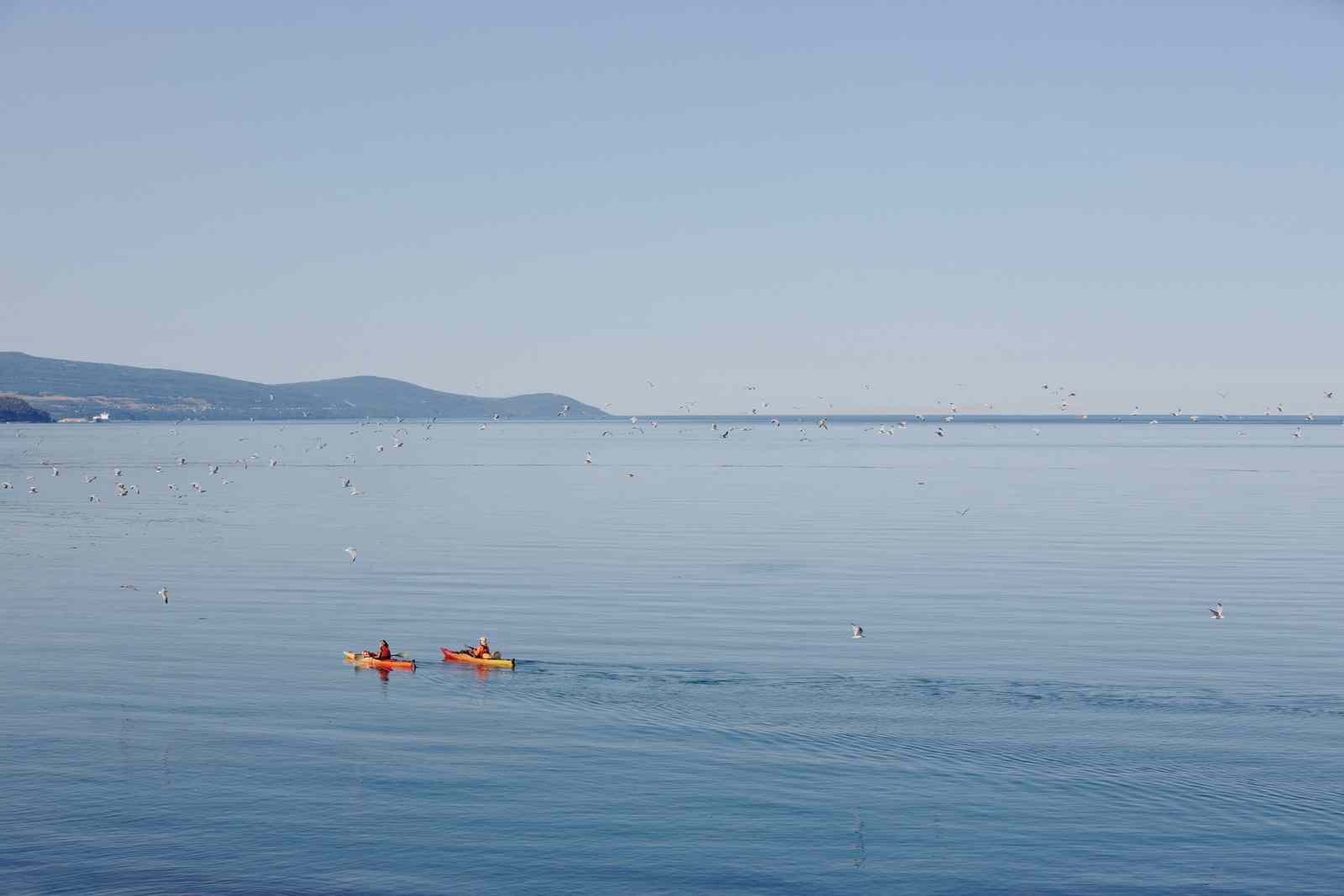 Why is the St. Lawrence River so important?

The St. Lawrence River watershed is home to a rich abundance of plant and animal species and supports a population of approximately 30 million Americans and 15 million Canadians. It is a vital route of transit between the Great Lakes, the Atlantic Ocean, and the rest of the world. In fact, this natural highway has been an integral artery for transport and trade for millennia.

The Gulf of St. Lawrence (between the St. Lawrence River and the North Atlantic Ocean) is the largest estuary in the world! 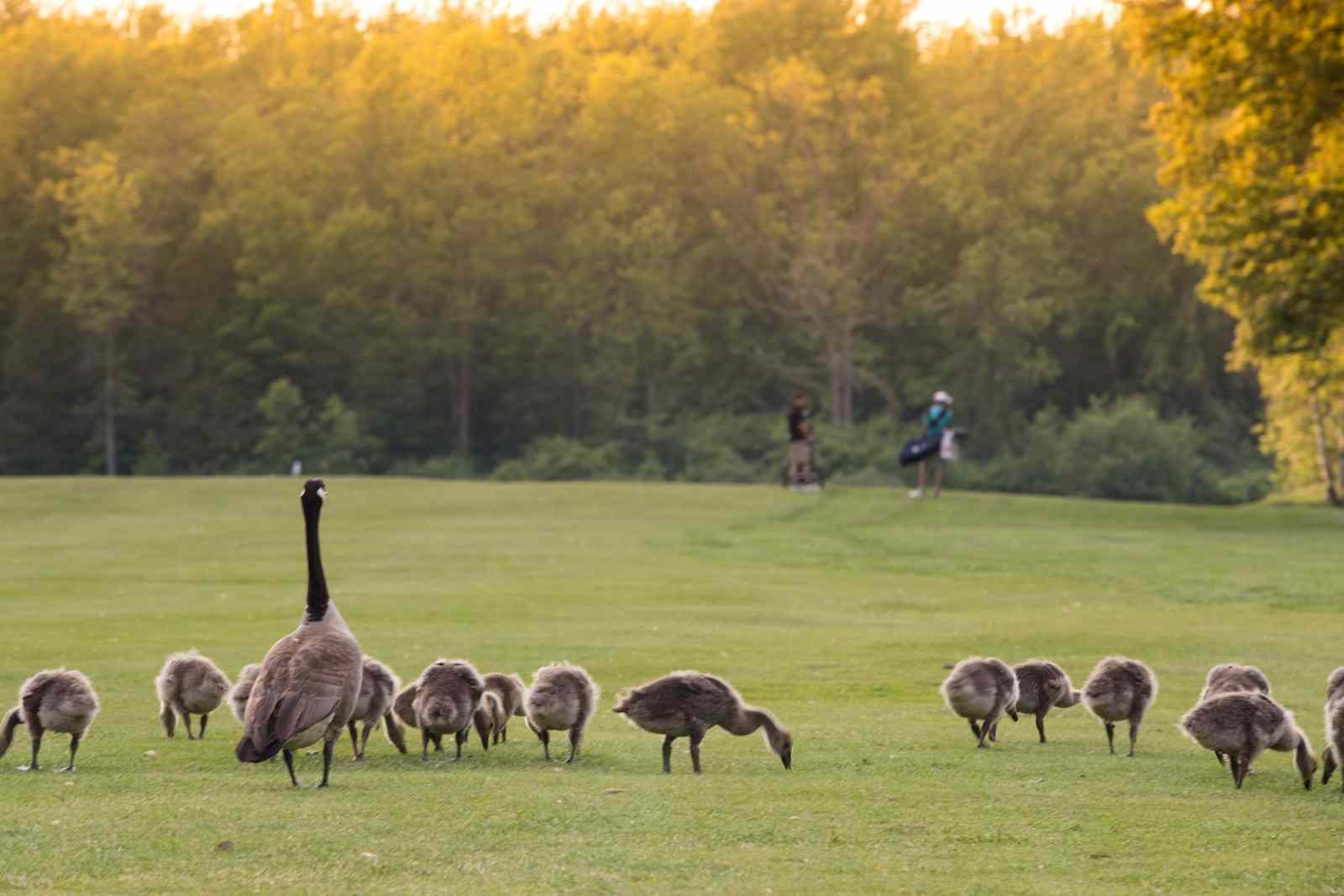 The St. Lawrence River is incredibly unique and hosts an enormous diversity of life, both plant and animal. Its ecosystems change dramatically from upstream to downstream, revealing small lakes, estuaries, and a large marine-like gulf. Approximately 15 migratory species take advantage of this change in habitat, using the St. Lawrence as a channel between fresh and saltwater to complete their life cycles. For example, Atlantic salmon use the freshwater of the Eastern St. Lawrence as spawning grounds. Their young will spend anywhere between one and eight years in the freshwater river before migrating east to the Atlantic Ocean. After one to four years at sea, they will return to the St. Lawrence River to spawn.

The river has attracted many migrant species that flourish in the region for centuries. It is an ideal route for migrating birds — particularly waterfowl — since there is an abundance of prey and plenty of wet, marshy areas of ideal refuge. The river is also home to many rare and endangered species (including the Least Bittern and Spotted Turtle). 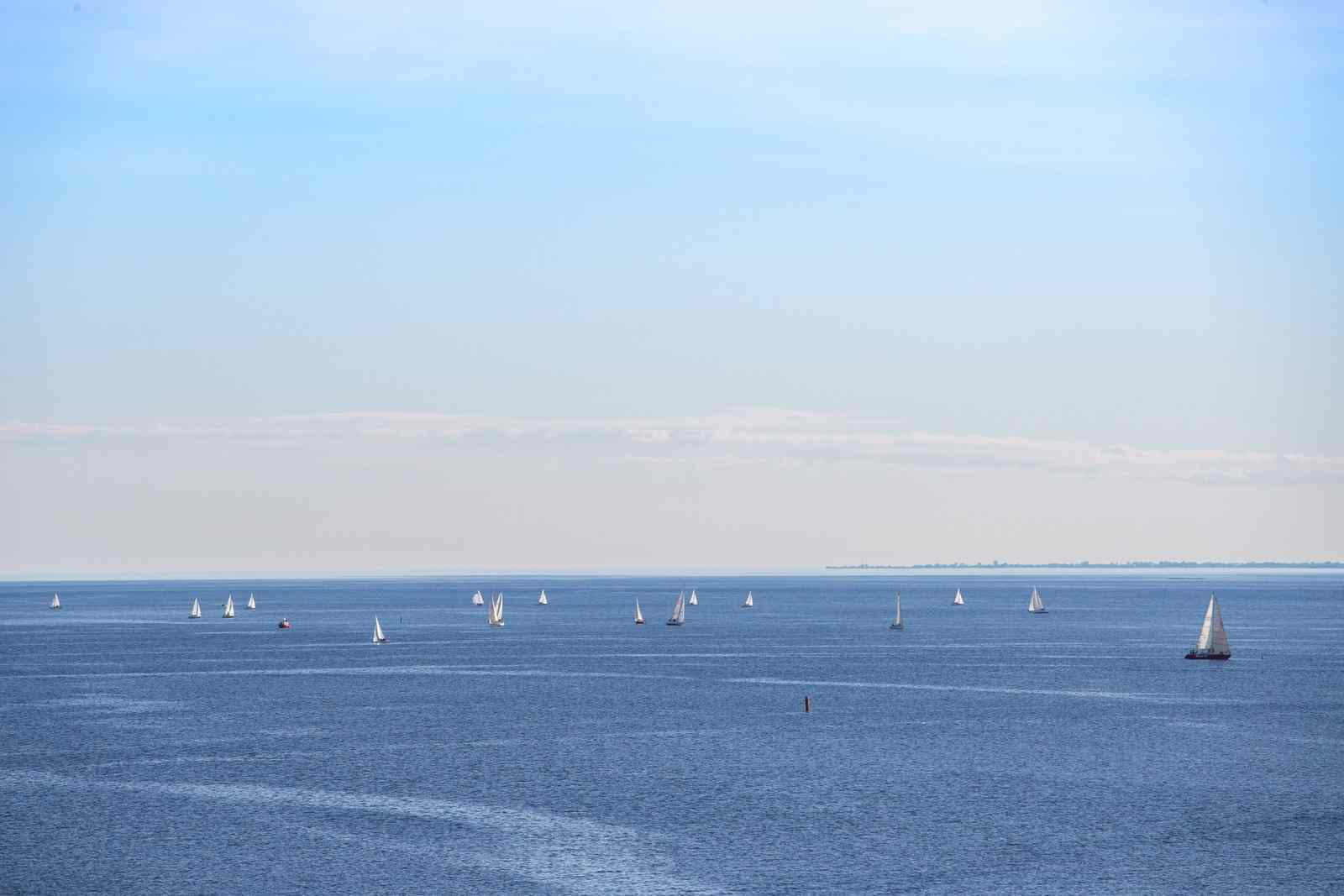 Despite a significant loss in fish abundance over the years, many animal populations still thrive, such as beavers, minks, porcupine, and some large hooved mammals (such as moose and deer). With rich, fertile soils, the plant life along the St. Lawrence watershed has also flourished, including several rare species (such as the Lady’s Slipper Orchid). 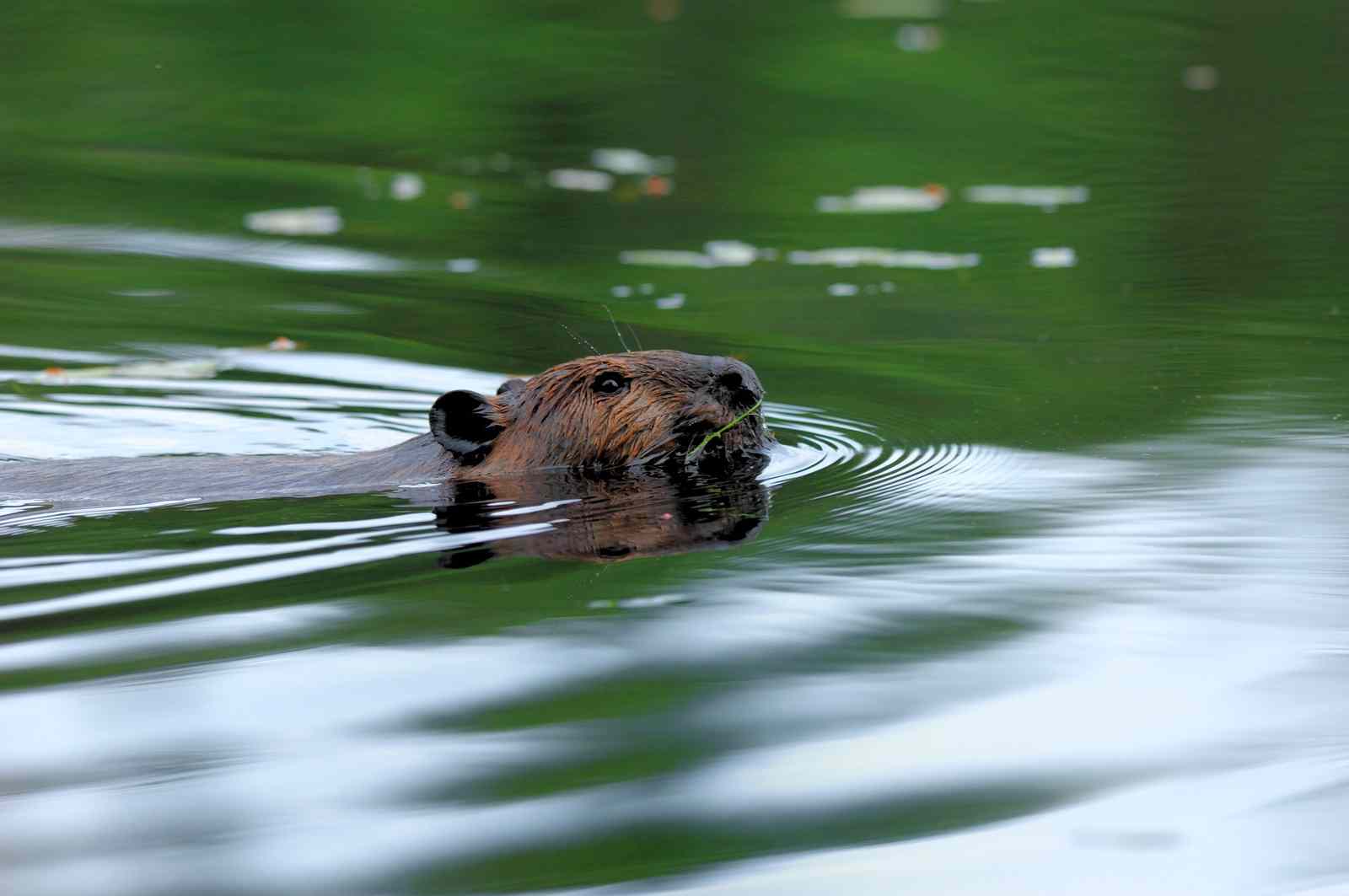 There are approximately 350,000 ducks and geese that use Lac Saint-Pierre in the St. Lawrence watershed as a stopover spot each year.

Over the last few centuries, the St. Lawrence has become an intensely used and highly populated area due to its abundant resources, fertile soils, heavy rainfall, and navigable waters. People started trading by water traffic thanks to this river, before they ever did on land (by rail and road). The area has been a major route for the trade of timber, furs, and other products for centuries.

With the expansion of the St. Lawrence Seaway, there was significant economic growth. A high population and a close, easy connection to the Atlantic Ocean has allowed the St. Lawrence to become one of the world’s busiest shipping corridors and the most important commercial waterway in Canada. Surrounding agricultural industries have boomed with the rich soils lining the river. The region also boasts prominent recreation and tourism industries. 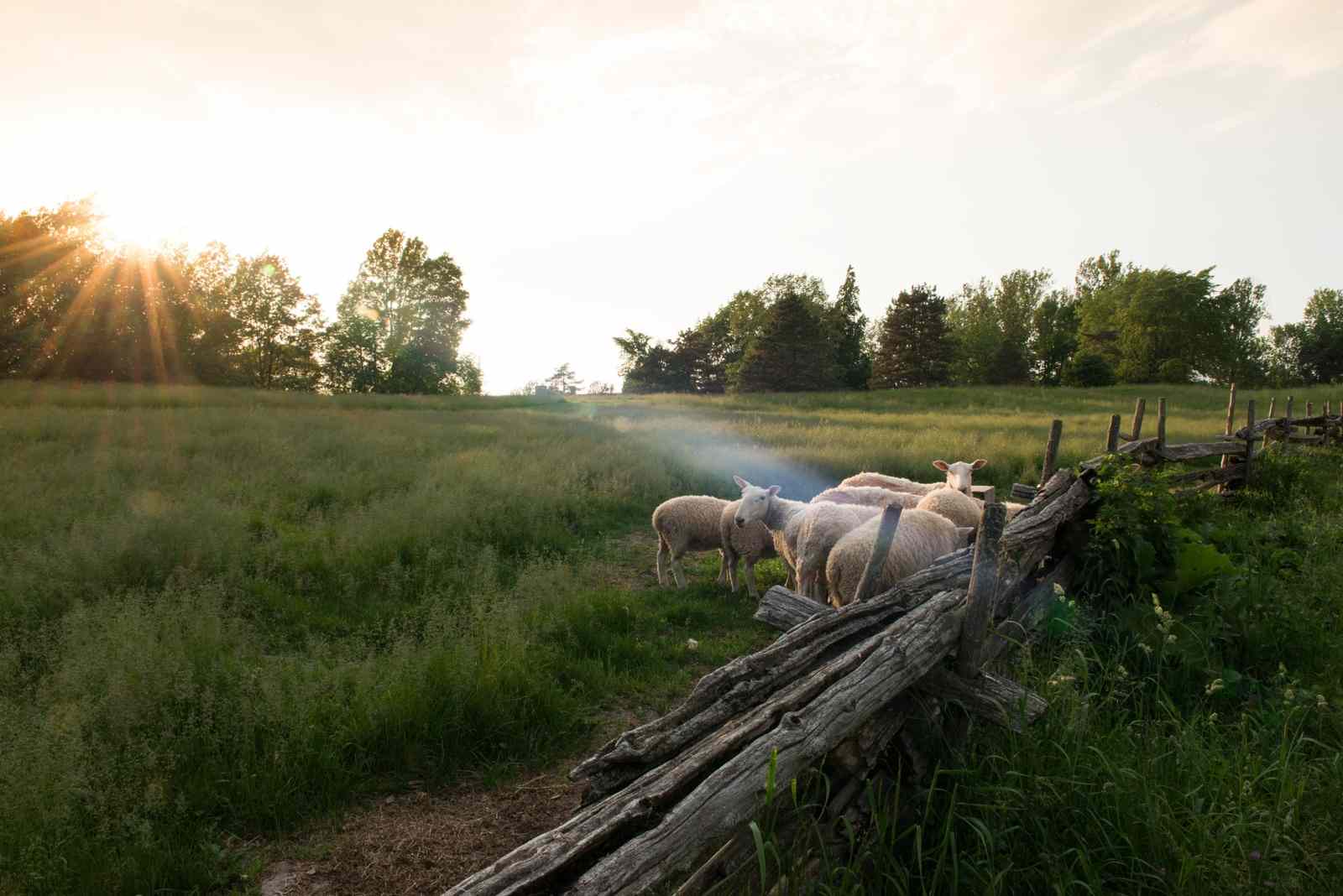 This extensive river lies at the border of the State of New York and the Province of Ontario. Water travels its length, heading northeast from Lake Ontario toward the Atlantic Ocean. From Lake Ontario, the river flows past the vibrant cities of Montreal and Quebec City. Once past Quebec City, the river experiences a dramatic increase in depth. Here, the freshwater mixes with cold sea water and flows into the Gulf of St. Lawrence and finally, out to the Atlantic Ocean. 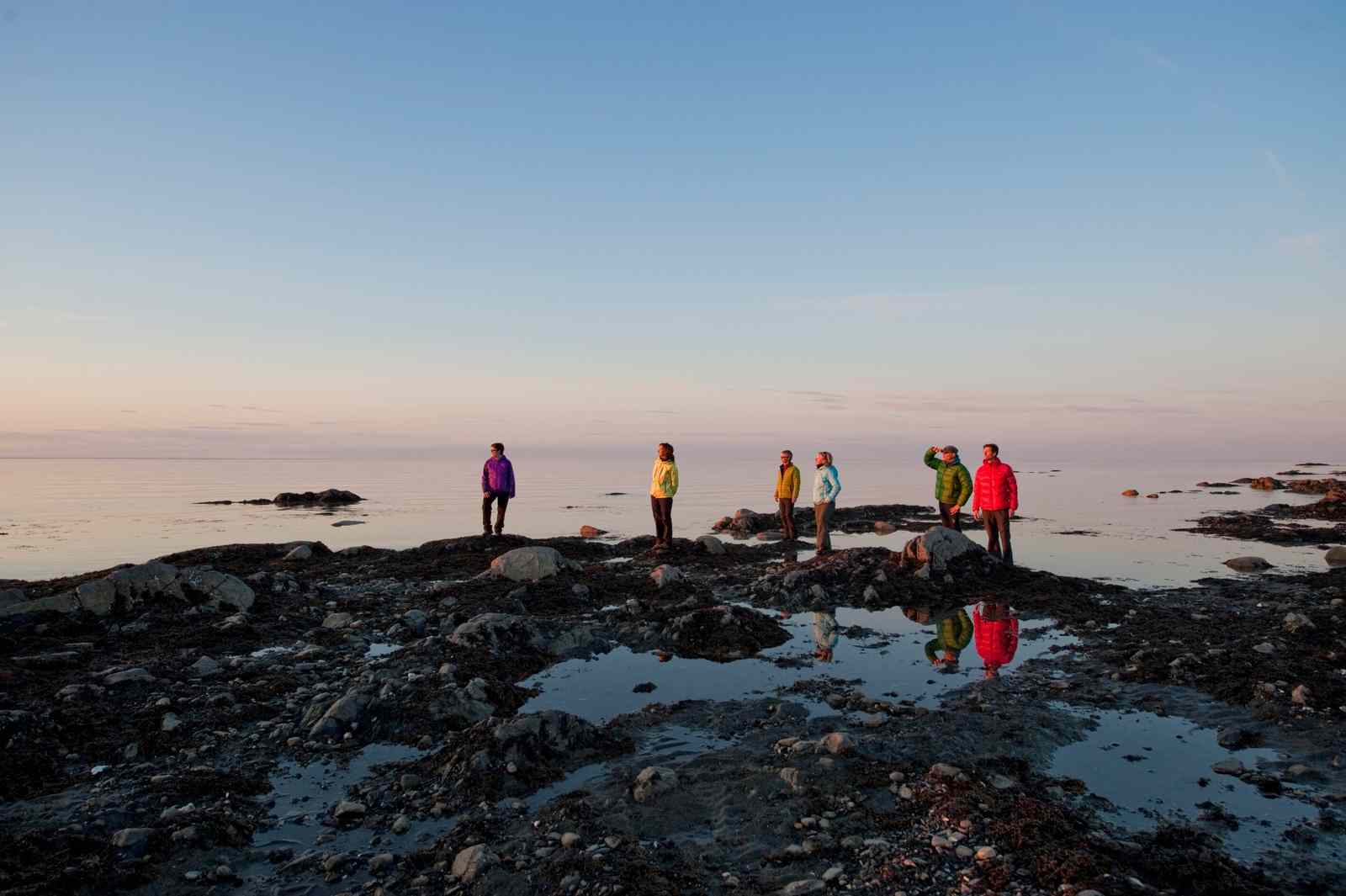 The St. Lawrence River watershed has relatively even terrain, made up of the Canadian Shield to the north (an exposed portion of the Earth’s crust that lies beneath most of North America) and the Adirondack Mountains in New York State to the south. The exposed rock of the Canadian Shield reveals Canada’s history through geological formations dating back over 400,000 years ago.

The river is 250 feet at its deepest point.

A brief history of the St. Lawrence River

Globally, the St. Lawrence can be considered a relatively young river. It was formed from alongside the Great Lakes, by a depression in the Earth’s crust that took shape approximately 10,000 years ago as the glaciers receded. 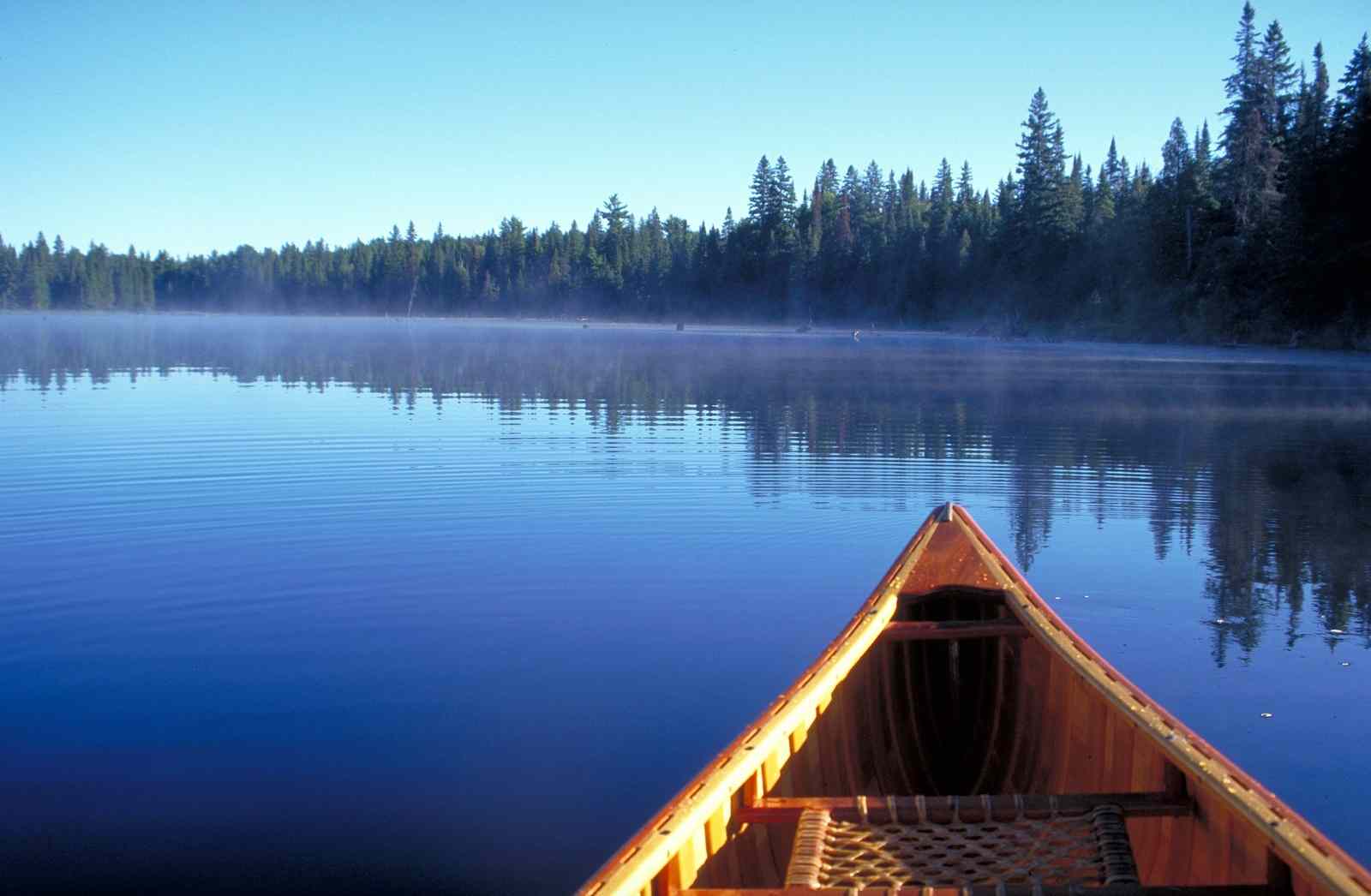 Thousands of years later, the St. Lawrence Seaway was constructed in the year 1959. This feat was considered to be one of the most outstanding engineering and democratic accomplishments of its time. Several dams were built along the river to help control its volume and allow passage for large ships traversing the waterway.

The St. Lawrence River has been nicknamed Highway H2O!

With such varied environments running along its length, there is no shortage of spectacular sites in the St. Lawrence watershed. The beautiful, historic Quebec city is a must-see, with its grandiose European charm and endless attractions. The region is also a popular spot for anyone that loves the snow, with destinations such as Mont Tremblant (the highest mountain in the Laurentians at 875 m (2,871 ft)), located just north of Montreal. Another popular destination is the Thousand Islands region, where Lake Ontario meets the St. Lawrence River. Here, you will find a fabulous array of over 2,000 islands! 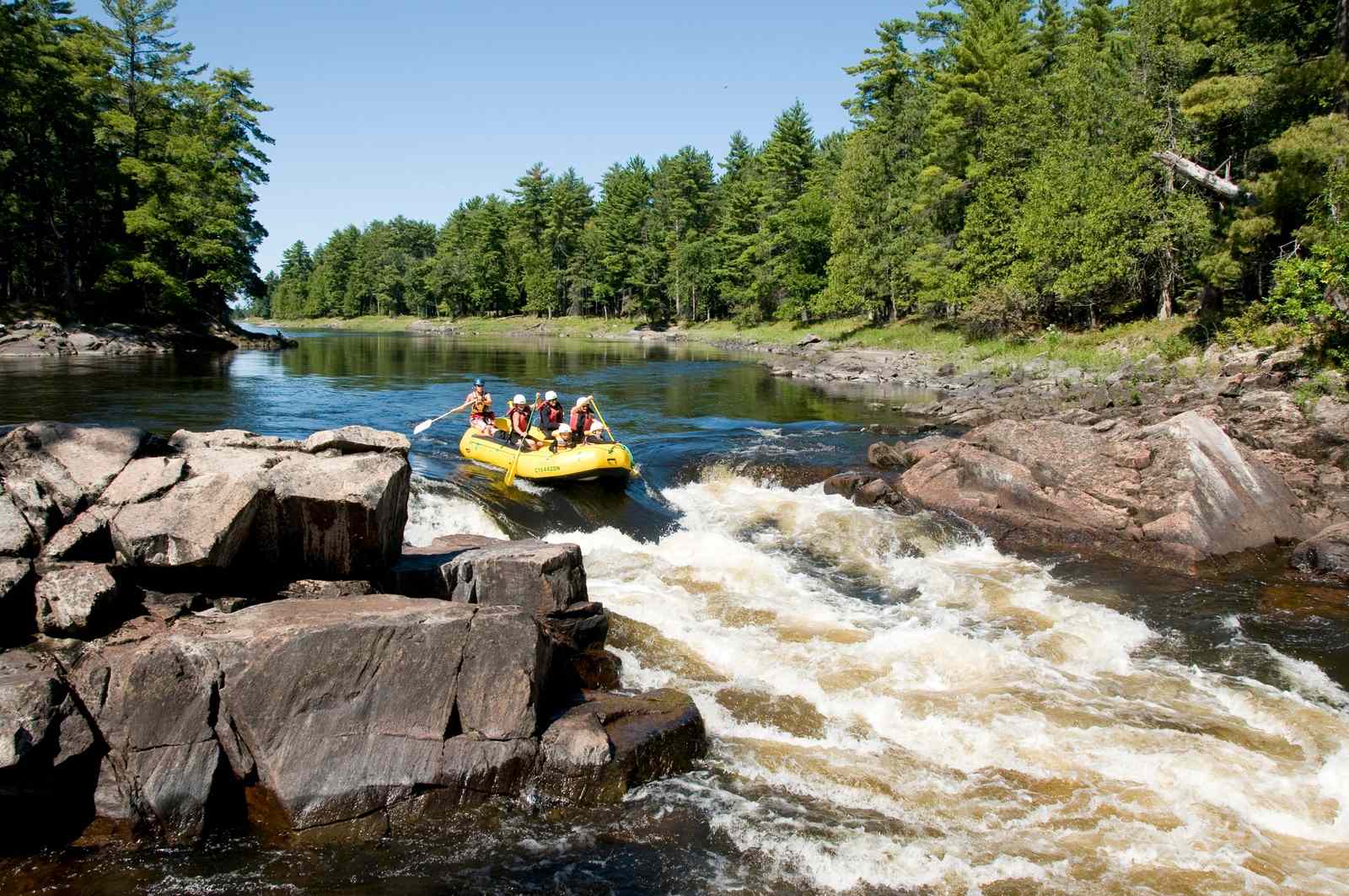 Like all of the Great Lakes watersheds, the St. Lawrence River also suffers from habitat destruction, pollution, and climate change. Atmospheric deposition of pollutants is one of the main threats to the watershed, including acid rain and mercury deposits (which can harm fish and other wildlife populations and restrict our fish consumption). Unfortunately, the agricultural businesses that thrive in this watershed produce agricultural runoff from pesticides and other chemicals that also add pollutants to the watershed.

High concentrations of microplastics have been found within the river, similar to those high concentrations found in ocean sediment. Contamination from oil transportation is also a concern within this system. Many of the once-prominent fish stocks have sadly been depleted due to overfishing and pollution. But there is hope! Many organizations have come together to research and restore these fish populations.

Rivers have long been symbols of the enduring power of nature. Symbols of the passage of time. Of sustenance. And of ever-changing life. The St. Lawrence River laces together the bodies of water that shape our lives, from the precious inland seas, to the grand Atlantic Ocean. Humans have worked together to alter the river to suit our own needs. We must now work together to ensure its survival for years to come. The first step to protecting this gateway, extensive, versatile, energetic, and generous river, is to pay it a visit and experience firsthand all that the St. Lawrence has to offer.

Termed a “hidden jewel,” Frontenac Provincial Park is a backwoods park in the...