Lake Erie’s name is derived from “erielhonan,” which is Iroquoian for “long tail.” Aptly named, over 40 km of its sandy shore stretches out as a peninsula into the deepest part of the lake where sweeping sand cliffs dominate, left behind after the ancient glacial retreat. Erie is the most southerly, shallow, and biologically diverse of all of the Great Lakes. Its shallow depth makes it the warmest Great Lake and a favourite destination for summer recreationists and migrating birds. Lake Erie also supports a variety of industries and is home to one of the world’s largest and most valuable freshwater commercial and sport fisheries.

Lake Erie in a nutshell: 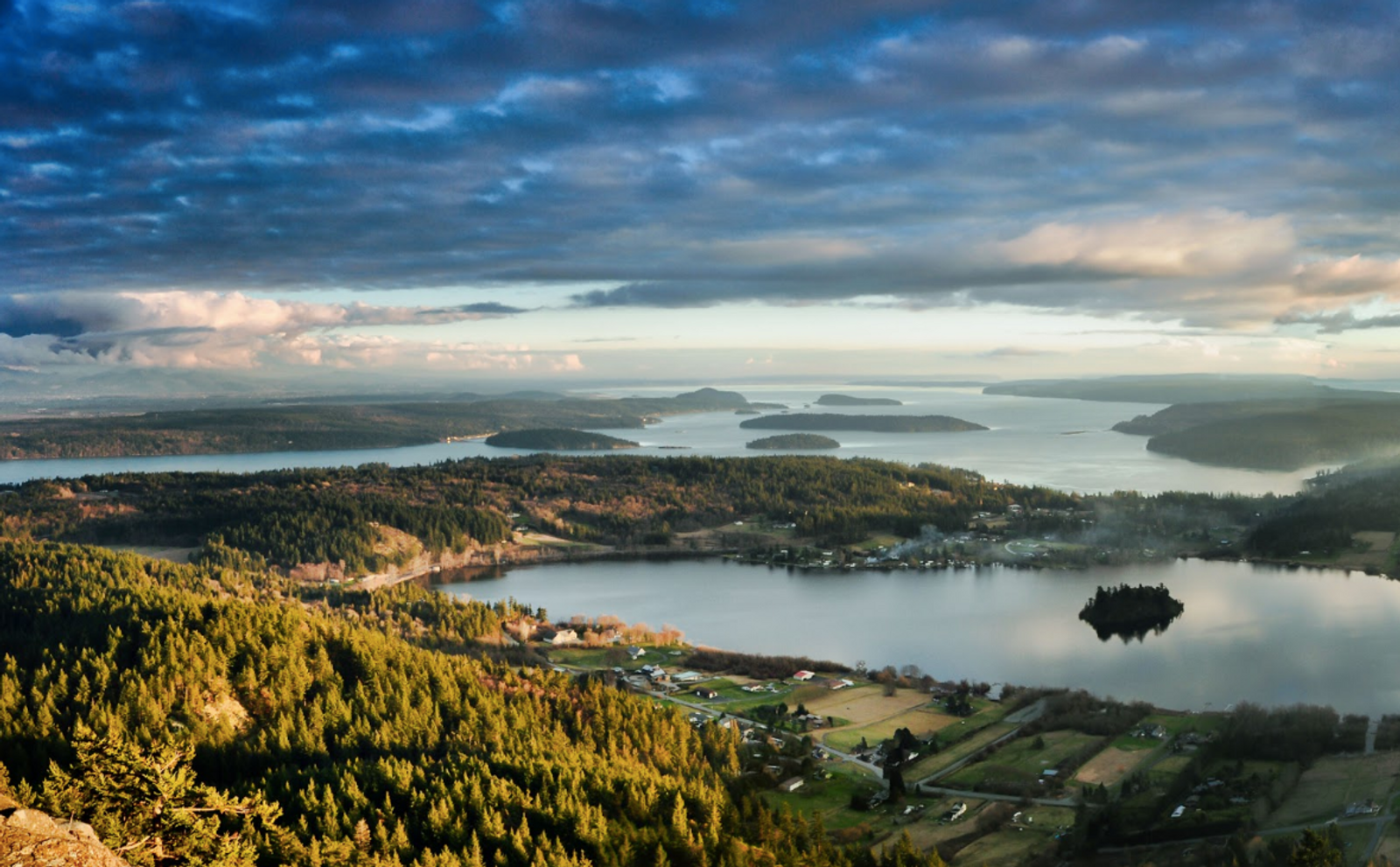 Why is Lake Erie so important?

Erie is the most biologically productive and diverse of all the Great Lakes due to its warm shallow waters. Alongside this astounding biodiversity, more than 11 million people get their drinking water from the Lake Erie watershed. Not only that, but most of the water that flows through the lake moves north and empties out through the Niagara River before entering Lake Ontario. This movement provides hydroelectric power to millions of Canadians and Americans via the thundering power of Niagara Falls.

Approximately 33% of the Great Lakes population (11 million out of 34 million) lives within the Lake Erie watershed!

Since its waters are so shallow, they are highly productive. Lake Erie’s sandy shores are critical stopover grounds for thousands of migratory birds and butterflies each year. These regions offer one-of-a-kind wildlife viewing opportunities: Throughout the year, butterflies, songbirds, shorebirds, and waterfowl flock to the region in a natural spectacle like no other. Lake Erie also supports the highest fish production of all the Great Lakes and is considered to be the Walleye capital for the world.

Along with its productive waters, Erie’s shores also host nutrient-rich soils that grow generous amounts of concord grapes, earning it the nickname “The Lake Erie Concord Grape Belt.” This region supports the largest vine culture in North America, outside of California. 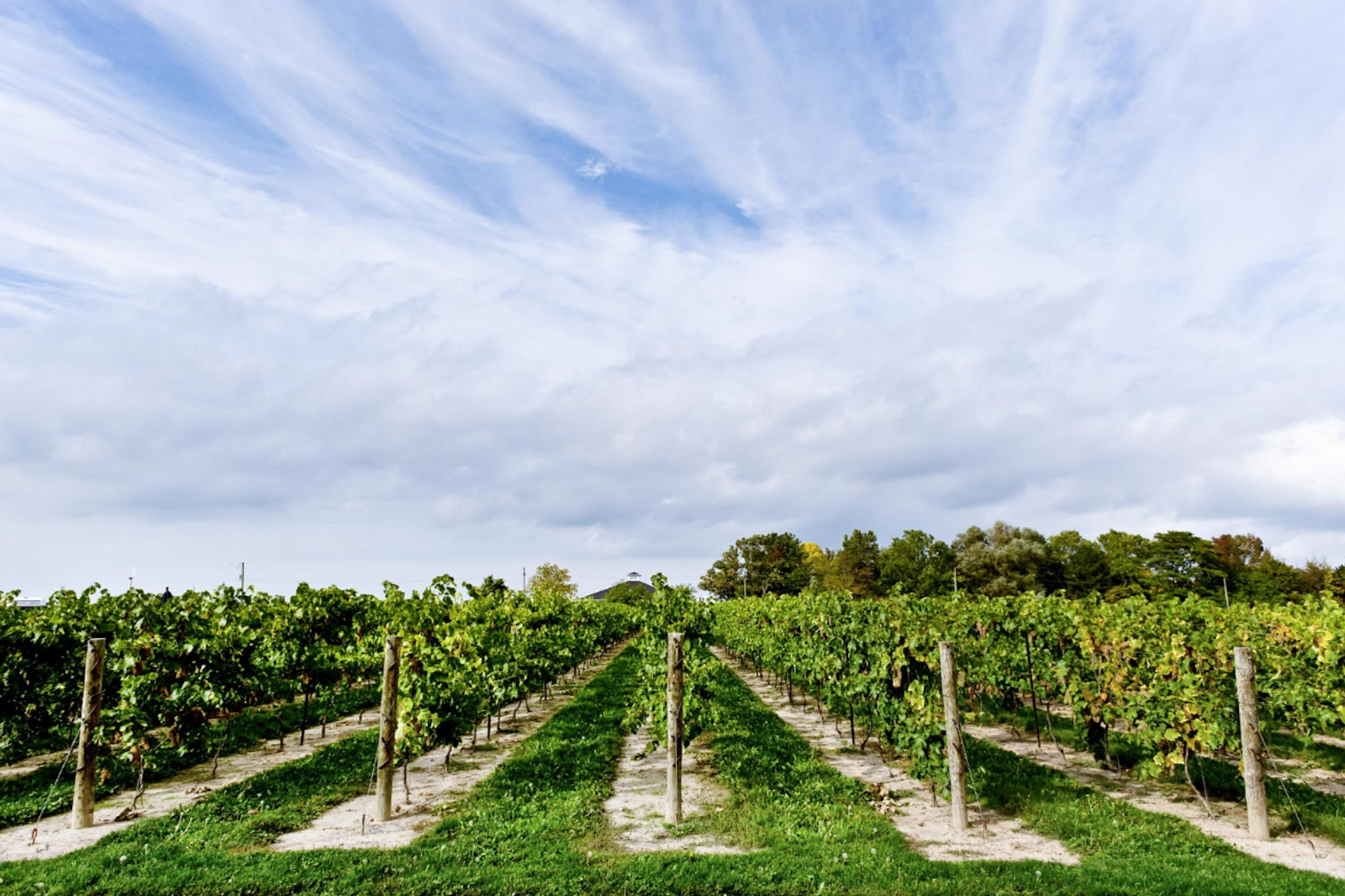 Lake Erie has its very own mythical lake monster (named Bessie) that was first sighted in 1793. Unfortunately, it’s likely nothing but a very large Lake Sturgeon.

Among many things, the Lake Erie watershed is farm country. From the supply of freshwater to the soil itself, the Great Lakes create rich agricultural lands. In fact, half of Canada's prime agricultural lands sit on the north shores of Lake Erie and across to Lake Ontario. Most of the region surrounding Lake Erie has been intensely urbanized and turned into agricultural land. Here you will find a wide variety of produce, including fruit, grains, and other crops.

Erie hosts 17 distinct metropolitan areas, each with populations of over 50,000 people. Lake Erie also supports billions of dollars in commercial and recreational fisheries, providing jobs for over 10,000 workers each year. Despite its smaller size, we eat more fish from Lake Erie than all of the other Great Lakes combined! 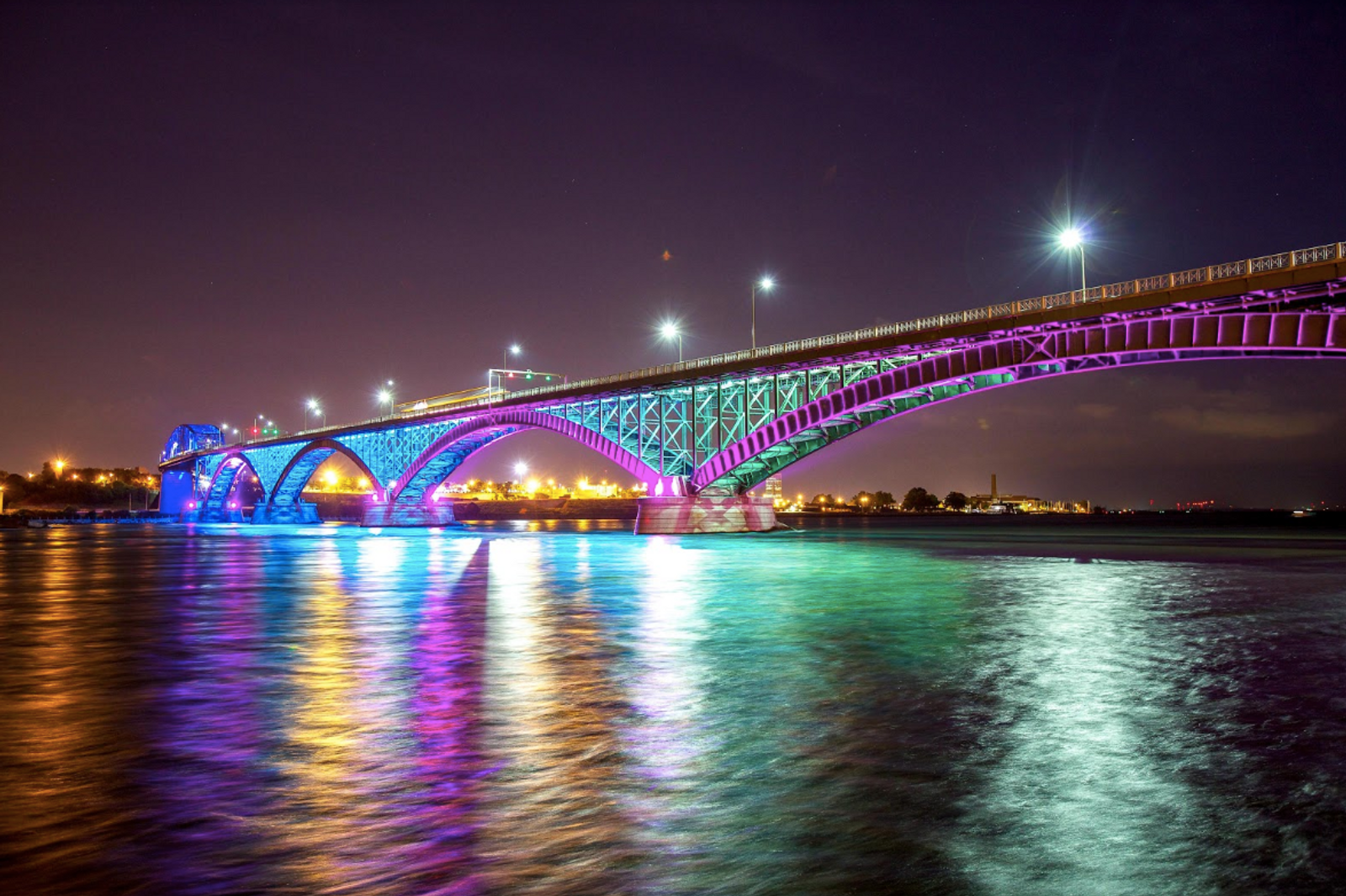 Most of the water that flows through Lake Erie exits through the raging Niagara Falls, connecting Lake Erie to Lake Ontario. Erie’s sandy shores touch the Province of Ontario and four U.S. states — New York, Pennsylvania, Ohio, and Michigan. Long Point (in Point Pelee National Park) punctuates Lake Erie’s prolific sand supply as the southernmost point in Canada. There are also extensive marshland habitats that are home to a wide variety of plants and animals.

Lake Erie is dotted with over 26 islands and a resulting 1,400 km of shoreline. Most of the eastern and western shorelines are made of clay and silt deposits, making Erie’s shoreline more likely to erode than the resistant dolomite rock of many other Great Lake shorelines. These shores continue to provide minerals to the surrounding communities, including salt mines and the largest sandstone quarry in the world in Ohio.

There are rocks within the Lake Erie watershed that date back 400 million years ago, formed from an ancient tropical ocean reef habitat. 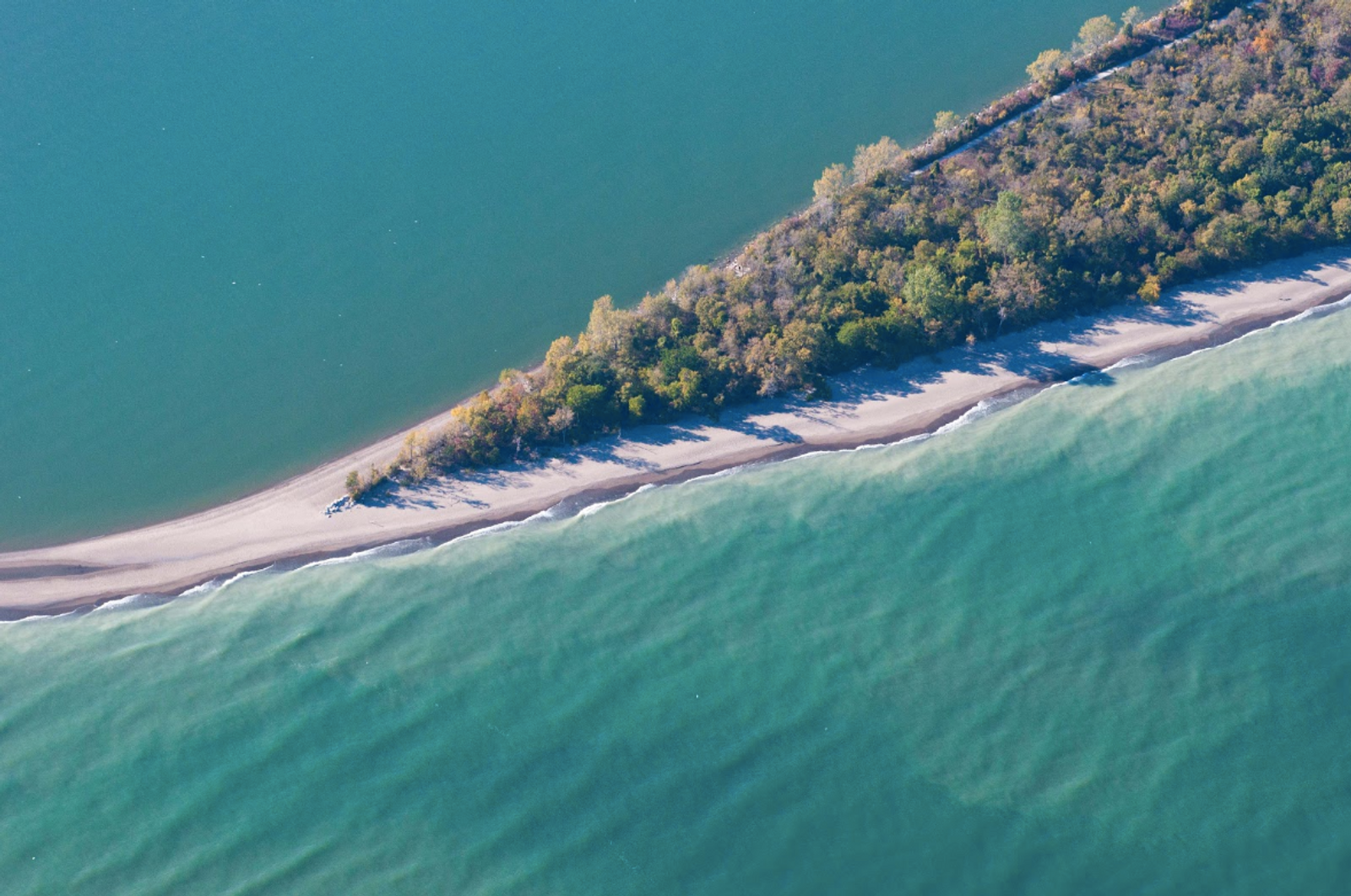 A brief history of Lake Erie

Lake Erie was one of the first Great Lakes to be uncovered by the ancient glacier retreat. Thousands of years ago, there was an ancient river that was gradually deepened by the scraping of an ancient retreating glacier. The shale and limestone rock was eroded to create one long and wide depression. It was uncovered anywhere between 12,000 and 1 million years ago and eventually reached its current shape and size less than 4,000 years ago.

In more recent times, the lake suffers from high amounts of phosphorus and nitrogen due to runoff from the surrounding industries. These increased nutrient levels cause periodic algal blooms, creating dead zones by using up all the oxygen in the water. The blooms even caused a river in Ohio to catch fire in the 1960s! The results from this intense pollution lead to the eventual implementation of the Clean Water Act (passed in 1972) and continued advocacy and restoration work today. 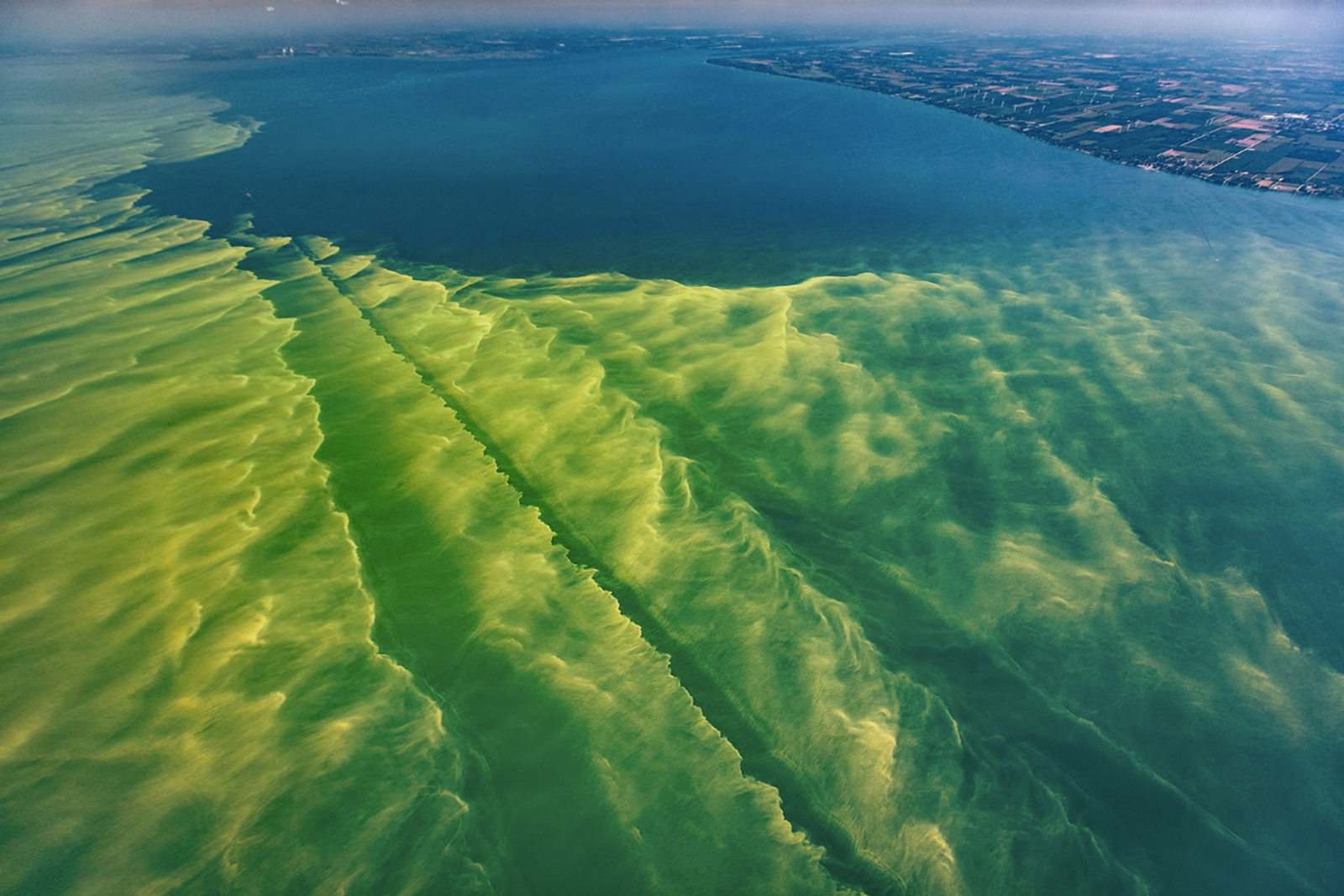 Even though it is the warmest lake during the summer, Lake Erie freezes over during most winters — much more than any other great lake — due to its shallow depth.

With its extensive beaches and tremendous biological diversity, Lake Erie is a wonder to see. A popular spot to visit is Point Pelee National Park — a star-gazing and bird-viewing haven. Spring brings a symphony of songbirds, while fall brings the Monarch Butterflies and impressive, predatory Raptors (a type of predatory bird). Point Pelee is a dark sky reserve, free from artificial light pollution, highlighting skies peppered with millions of stars. Port Stanley is another popular spot. Here you will find a quaint, maritime-like town and sweeping, sandy beaches. 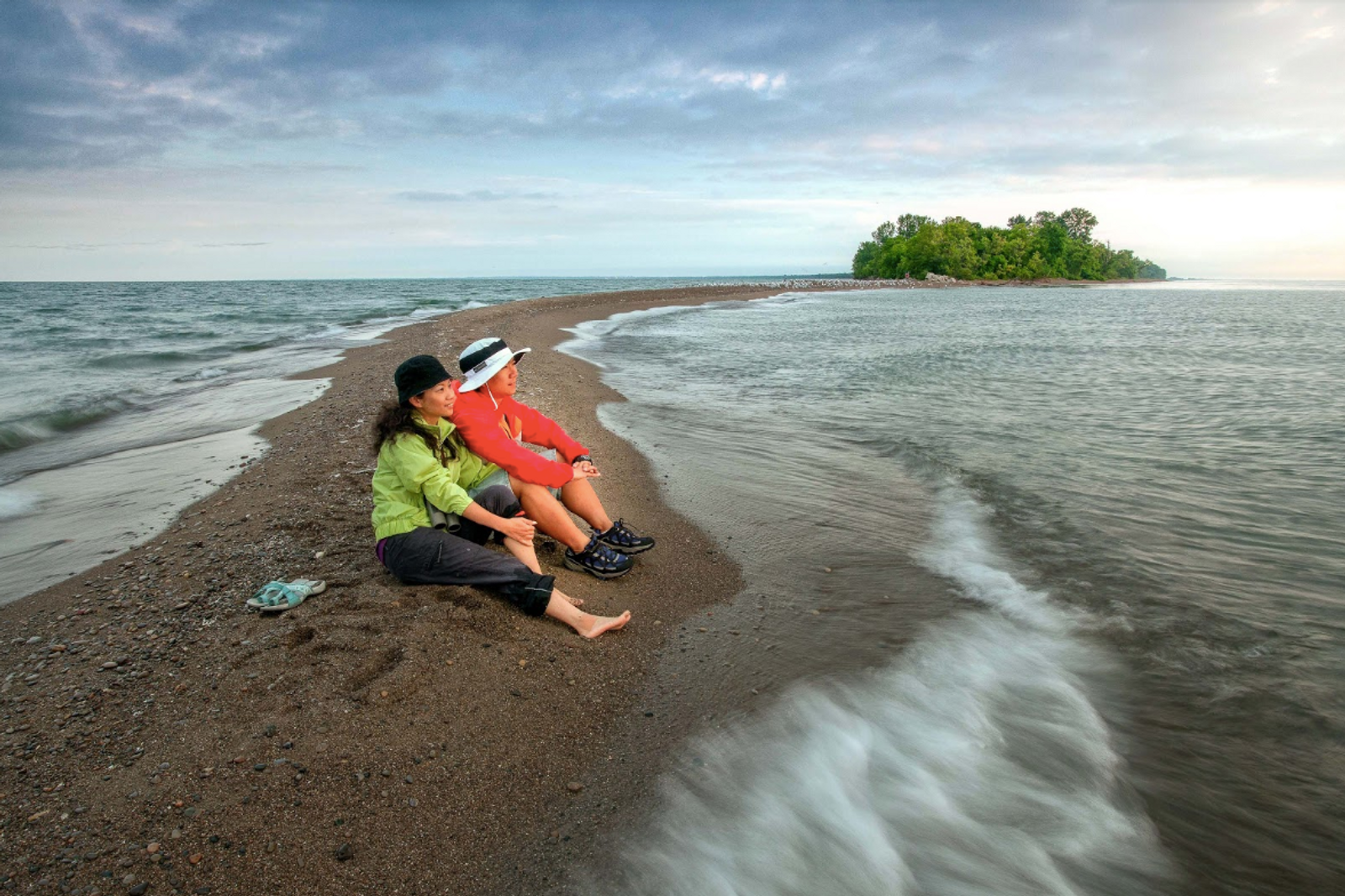 As the shallowest Great Lake, Lake Erie is very susceptible to habitat destruction, pollution, and a changing climate. In past decades, it suffered from pollution from surrounding agricultural and urban settlements. The resulting toxic algae blooms posed risks to our drinking supplies, economy, and quality of life. Thanks to work that has been done to protect and restore the lake, some of Lake Erie’s environmental damage has diminished since the 1970s.

Today, this resilient little lake continues to be a home to valuable habitats supporting thousands of plant and animal species and over 12 million people. Lake Erie provides us with drinking water, recreation, transportation, energy, and food. We must work together to understand and protect this critical ecosystem. The first step is to visit this warm, productive, shallow, diverse, and sandy lake and experience firsthand all that Lake Erie has to offer.

Canatara Park Beach is a Blue Flag Beach for the 2022 season*. Canatara...

This is Ontario's fourth oldest provincial park, and the only one located in...

Springwater Conservation area is a well-loved park and campsite within Aylmer,...