Lake Ontario is an ecological wonder. Every drop of water within the Great Lakes basin flows through Lake Ontario. Being so close to the Atlantic Ocean makes Lake Ontario a crucial corridor for transportation, water exchange, and fish migration. The diversity of habitats surrounding the lake includes sand dunes, forests, wetlands, and rocky cliffs, each providing home to thousands of plant and animal species. Not only is it home to a variety of wildlife, but Lake Ontario is home — and provides drinking water — to over 9 million people. Although it is the smallest of the Great Lakes, more Canadians live in the Lake Ontario watershed than any other watershed in the country.

Lake Ontario in a nutshell 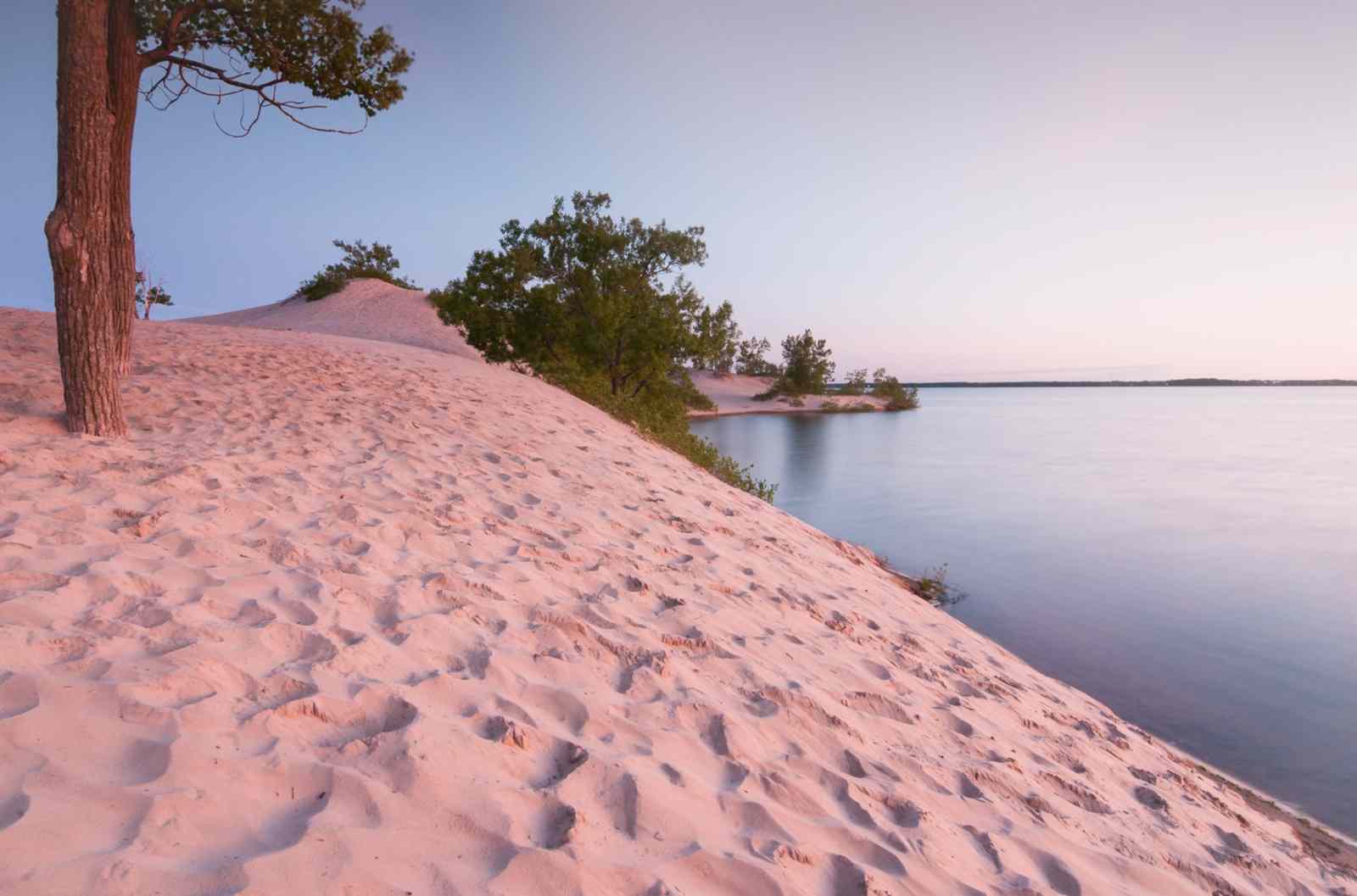 Why is Lake Ontario so important?

A whopping 25% of Canada’s population lives within the Lake Ontario watershed! The lake provides invaluable resources — from drinking water to recreation to livelihood — to millions of people. Not only that, but Lake Ontario is home to many ecologically significant and rare ecosystems. Here you will find coastal sand dunes, marches, and barrier beaches that host a wide variety of plant and animal species.

The province of Ontario was named after the lake, not the other way around.

The extensive maze of sand dunes that lies along the eastern shore of Lake Ontario forms an integral part of a segregated coastal environment (including wetlands). These areas are home to the endangered shorebird, the Piping Plover, and provide nesting habitats for many other coastal resident and migratory birds. 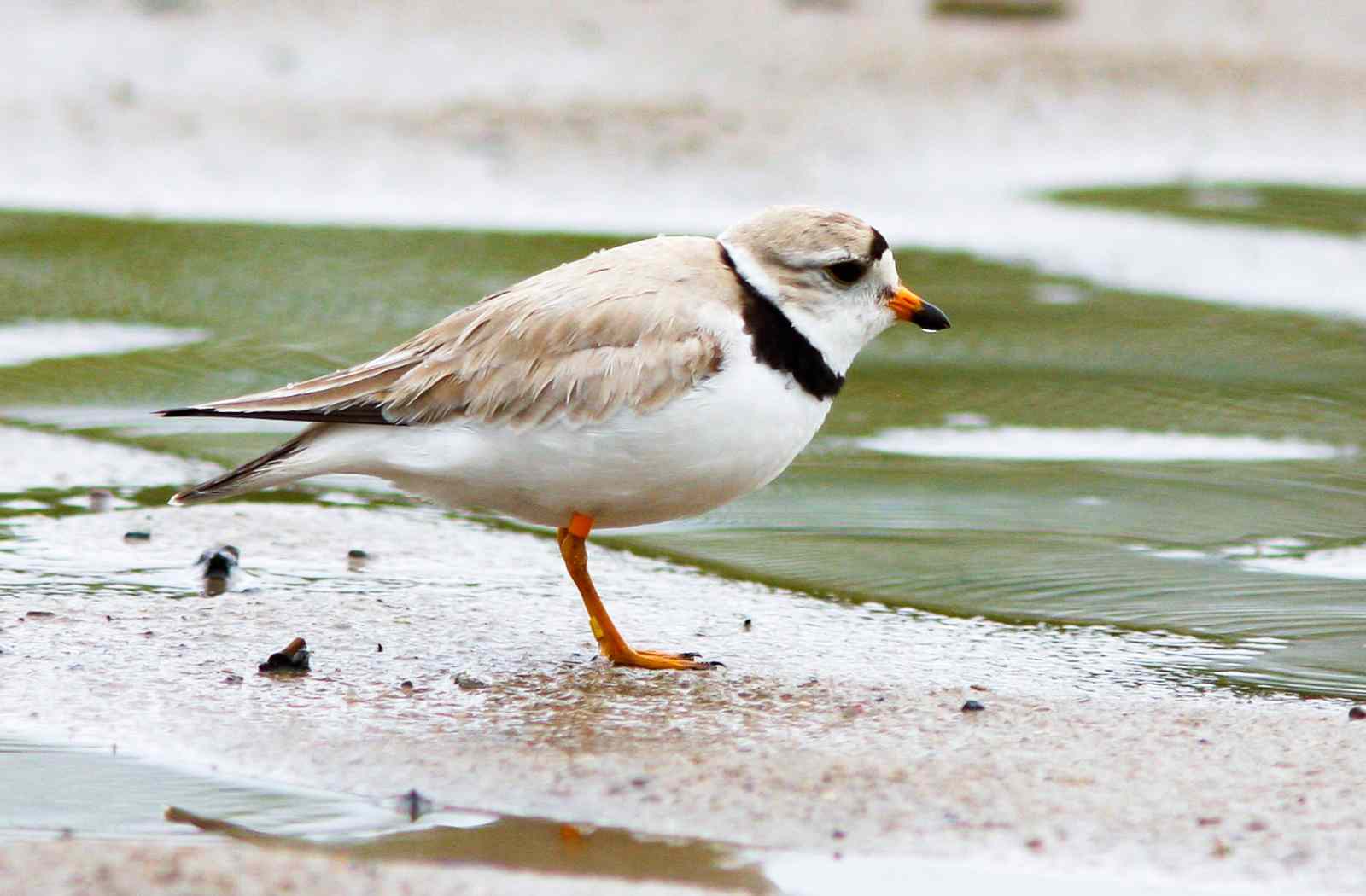 Lake Ontario also hosts an abundance of migratory fish species, including Canada’s largest freshwater fish, the Lake Sturgeon. Unfortunately, the Lake Sturgeon is at risk due to overfishing. Many of these species migrate between Lake Ontario and the Atlantic Ocean to complete their life cycles. Protecting these fish means working to conserve all of the habitats that they use during their life cycles.

There is a lake on Saturn’s moon, Titan, named “Ontario Lacus,” after Lake Ontario. 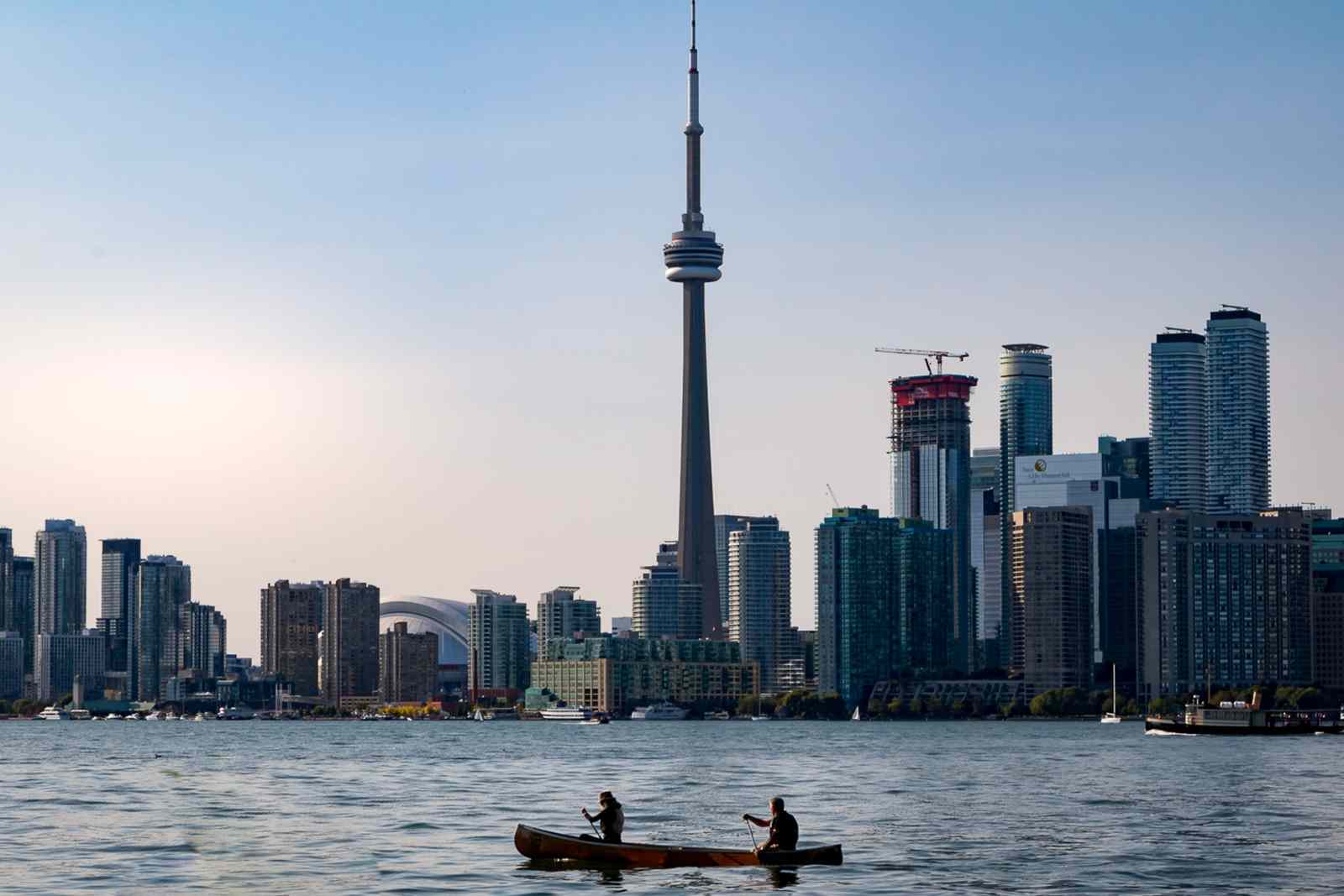 Most of the Lake Ontario watershed is dominated by agricultural and rural lands, with some major urban centres along the coasts. The western side of the lake is most heavily urbanized and includes Hamilton and Toronto, two major industrial centres. The U.S. side of the lake has been less intensely farmed and urbanized, with the exception of some larger cities such as Rochester, N.Y.

The southern side of Lake Ontario has become a major fruit-growing area on both the Canadian and the U.S. side. Among the many types of fruit produced, apples, grapes, and peaches are some of the most abundant. Some of the main drivers of the local economy are the commercial orchards in Rochester, N.Y. and major vineyards in Niagara-on-the-Lake, Ontario.

Lake Ontario also plays host to a major sport-fishing industry. In the U.S., the Salmon River is the largest fishery and accounts for approximately 50% of the total fishing in all of New York’s waters. 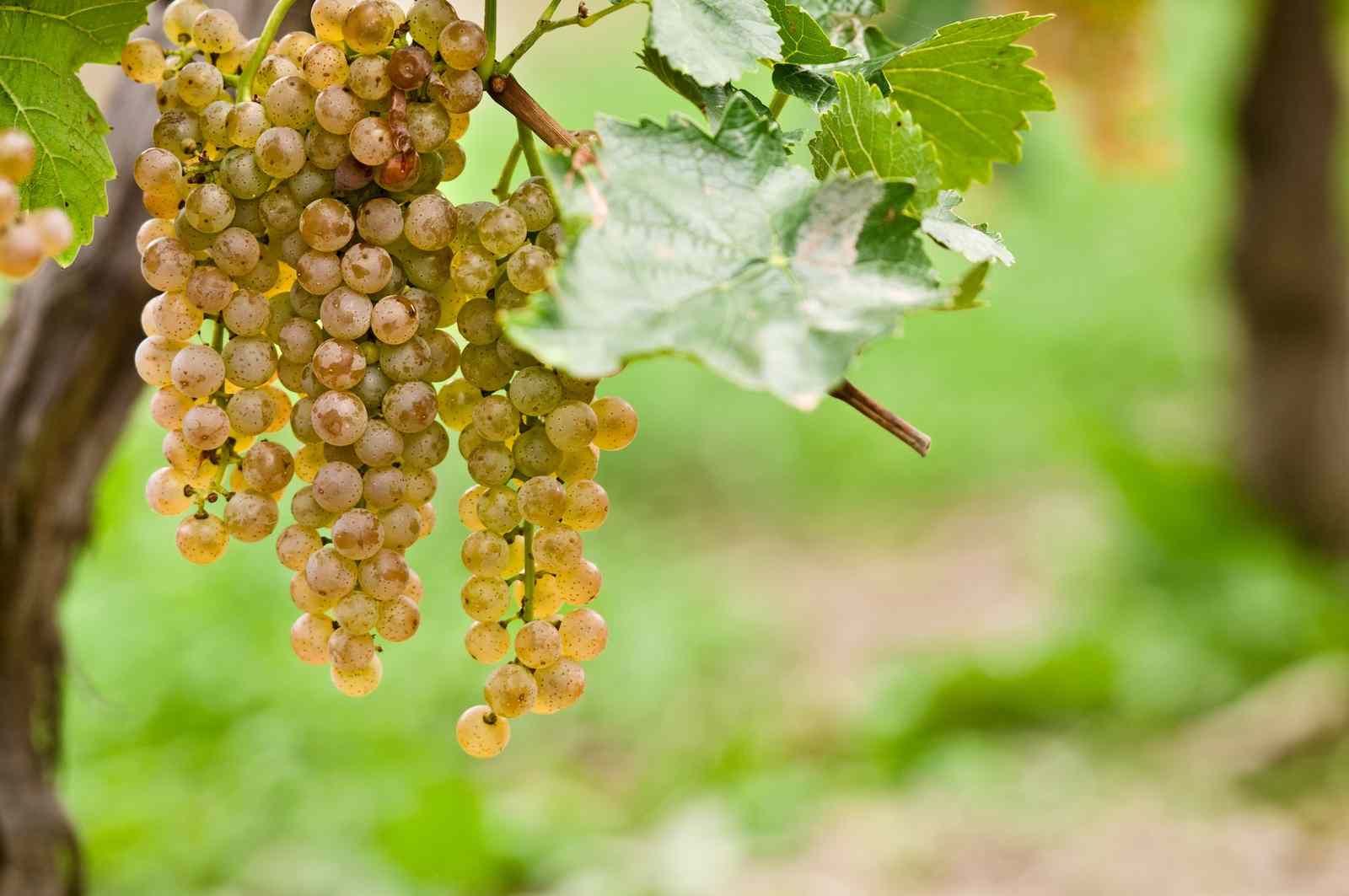 Lake Ontario is situated between Lake Erie and the St. Lawrence River and is the only Great Lake that does not border the state of Michigan. It is home to many unique geographical landscapes. The most prominent of which is Niagara Falls, where the Niagara River plunges down a massive 106-m (360-ft) drop! The Niagara River contributes an impressive 85% of Lake Ontario’s water by volume.

The Lake Ontario shoreline consists mostly of low bluffs with narrow beaches. As you travel around the lake, you will find approximately 2,000 islands and 100 diverse beaches. This vast beach system includes the most extensive freshwater sand dunes in New York State. This 27-km (17-mile) barrier beach ecosystem is the only significant freshwater sand dune site in the Northwestern U.S.

Lake Ontario also plays host to a globally rare alvars (naturally open and diverse habitats characterized by thin layers of soil covering a base of limestone or dolostone) and the Oak Ridges Moraine. The Morain is an irregular ridge of land that stretches over 160 km (99 miles) from the Trent River to the Niagara Escarpment. It ranges in width from 1 km to 15 km (0.6 - 9 miles) and was formed during the advances and retreats of glaciers approximately 20,000 years ago. This ridge of land holds a lot of groundwater that feeds the surrounding area due to its incredibly porous soils.

Due to erosion from the rushing water, Niagara Falls retreats approximately 0.3 metre (1 foot) every year! 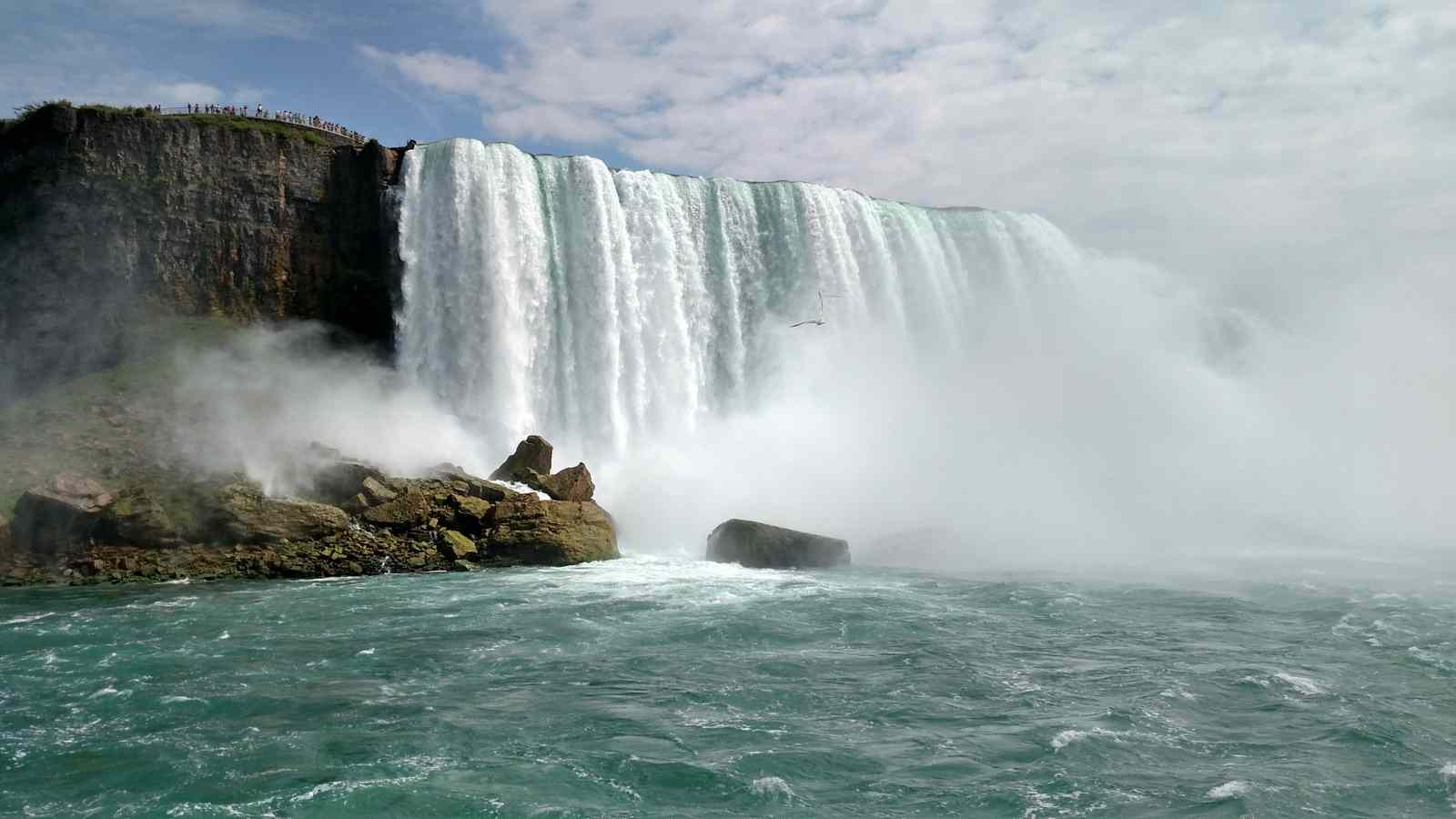 A brief history of Lake Ontario

Lake Ontario started off as a small stream that gradually broadened through the erosion of soft silurian rocks over thousands of years. This river was further widened and sculpted by the powerful movement of the glacial continental ice sheets nearly 20,000 years ago. The current level, shape, and direction of flow of Lake Ontario was finally established approximately 11,000 years ago.

Like many of the Great Lakes, Ontario has seen its share of shipwrecks. In fact, the second oldest shipwreck in the Great lakes is found in the depths of Lake Ontario. This ship — British warship, HMS Ontario— dates back to the late 1700s.

Since these early days, the lake has undergone significant shoreline development. Artificial lake level controls have been implemented in the form of dams and barriers that alter hydrologic rhythms. Unfortunately, this development has caused a loss of wetland habitats and an isolation of the remaining ecosystems. 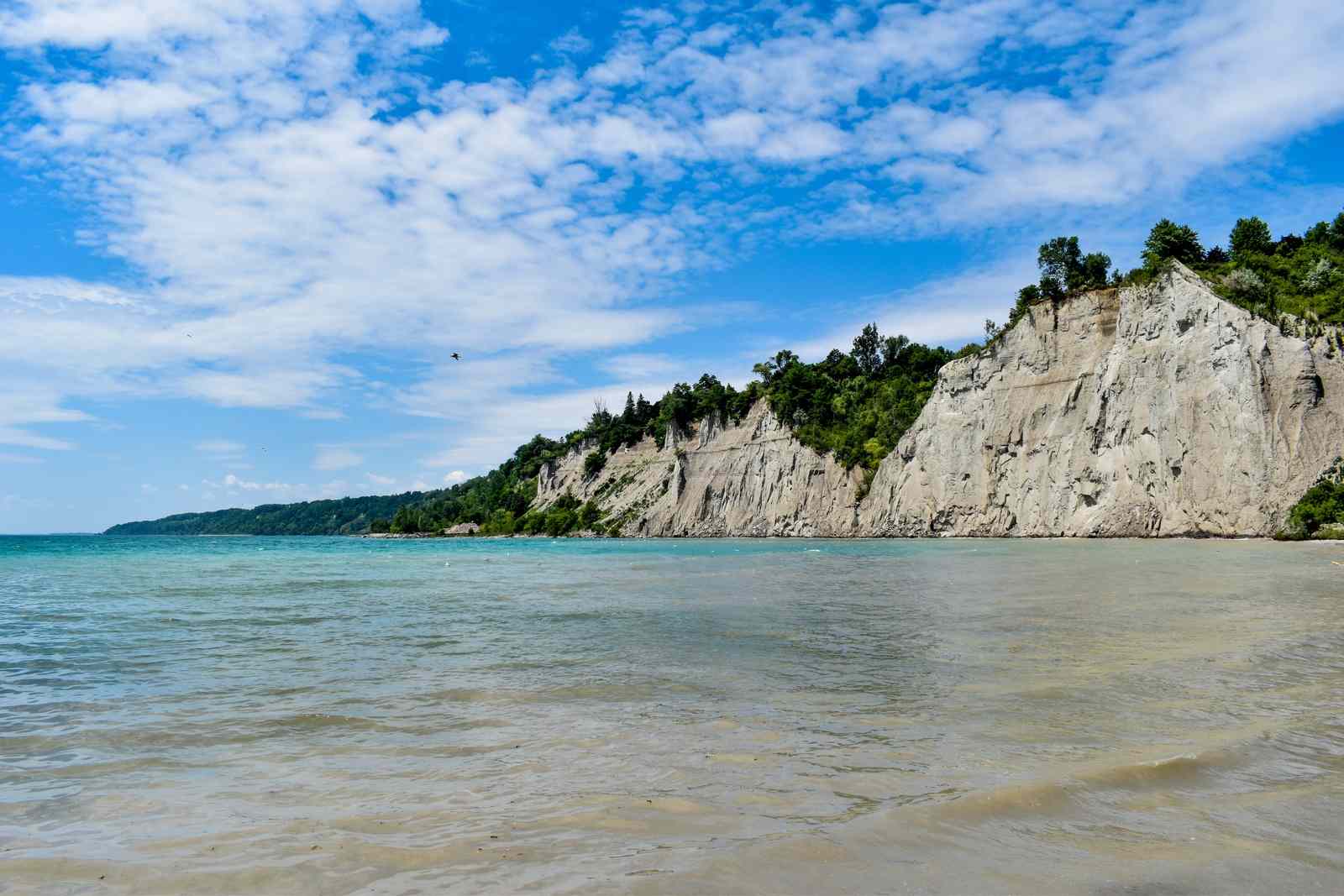 Legend has it that Babe Ruth’s first ever home run baseball sank into the depths of Lake Ontario, right next to Toronto Island, never to be found.

With its extensive beaches and surrounding cultural and natural attractions, the region is a prominent tourist destination. A popular spot to visit is the extraordinary Niagara Falls, where over 135 million litres of water flow into the raging Niagara gorge every minute. That’s as many as 54 Olympic-sized swimming pools every 60 seconds! Another popular destination is the Thousand Islands region — an archipelago of approximately 2,000 islands lining the border between Canada and the United States. 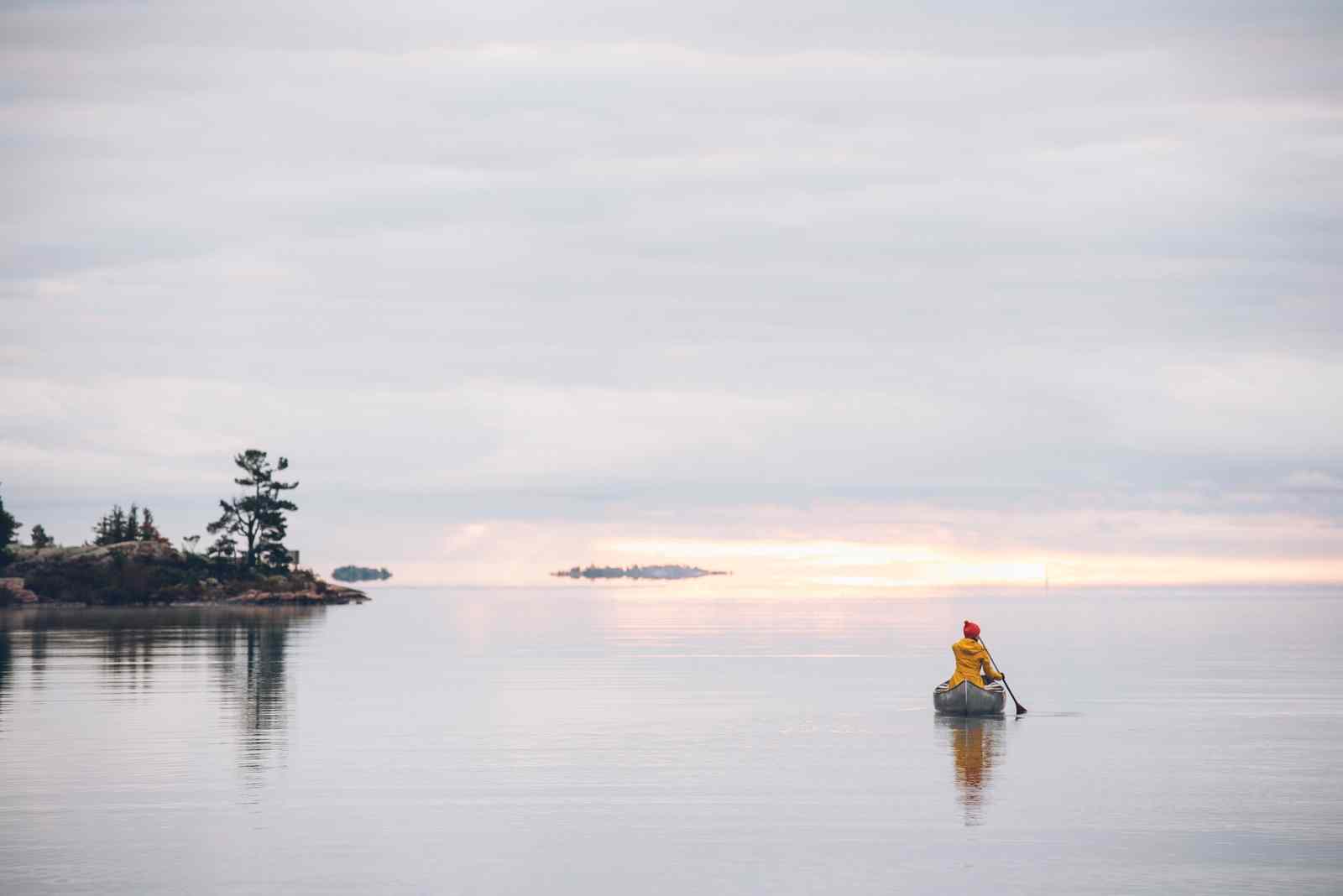 Being the smallest and most heavily populated, Lake Ontario is the most vulnerable and threatened of all the Great Lakes. The lake is susceptible to habitat destruction, pollution, invasive species, and a changing climate.

Lake Ontario has suffered from pollution from the surrounding agricultural and industrial centres. In the 1960s and 1970s things were in dire straits, but the lakes have been since cleaned up and treatment plans implemented (with tight environmental regulations)!

The most common fish in Lake Ontario used to be the American eel, but as commercial fishing peaked in the late 1880’s many populations dwindled. Now, 130 years later, governments and Nonprofits are still working to restore the lake’s native fish populations.

Lake Ontario provides drinking water, recreation, transportation, energy, food, home, and prosperity to millions of people and plant and animal species. We must work to understand, appreciate, and protect this critical ecosystem. The first step is to visit this integral, urban, rapid, fragile, and populous lake and experience firsthand all that Lake Ontario has to offer.

While it is one of the smaller Provincial Parks, Ferris is a popular destination...

Forks Of The Credit Provincial Park

Aptly named, this park marks the spot where the Credit River narrows, rushes...

Lake On The Mountain Provincial Park

This park contains one of Ontario’s natural wonders: a lake with an endless...

Whether you’re looking for a great day trip, or a memorable camping experience,...