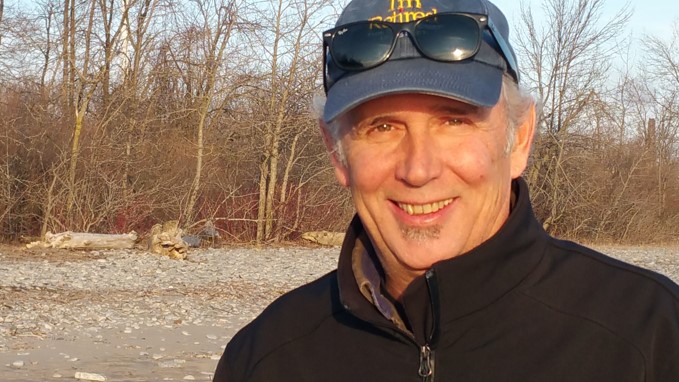 Previous Next
I was born and raised in the small town of Port Hope, Ontario on the northern shores of Lake Ontario in the early 50's. In my years as a young child I recall being taken to the main beach, now known as the West Beach Park. It had a pavilion, kids play equipment, baseball diamond, nice shade trees and a massive sand beach. Was not much of a swimmer when small, but it was really a child's paradise, then that I enjoyed it throughout my youth.
I was fortunate to have had a family that liked to take water based travel vacations for periods of the summer. We would travel to other destinations in the province, like the Sand Banks Provincial Park, Crystal Beach on Lake Erie and for many years to Mazinaw Lake in northern Ontario.

Again being fortunate, our family purchased a cottage on Rice Lake in the Kawarthas during the late 60's. Fishing and water sports were daily activities at the cottage for many years.

As a young adult I left Port Hope and my career with Ontario Hydro took me to work locations on the shores of the Ottawa River, Lake Huron and for the majority of time on the shores of Lake Ontario in Pickering.

As a teenager I saw things change with Lake Ontario, not for the better. The fish habitat had suffered badly, algae covered the beaches along with thousands of dead alewife fish. While working out of town in the mid 70's I had heard about the industrial waste issues in my old home town that included the much beloved main beach. That was the end of the beach and it was totally closed down shortly after.

While working with the Hydro on the shores of the lake we were always in touch with the ever changing lake as the Clean Water Act was starting to show progress. Then the zebra mussel invasion started. However greatly feared at first the mussels did much to clean up the murky water and fish stocking programs were making headway.

Once retired from Hydro I moved back to Port Hope. It took 8 full years being back before I was coaxed to set foot on the main beach again on a nice June day. Although it was still a massive industrial wasteland I noticed the water was crystal clear, the dead fish were gone along with the algae. I knew there were actual plans to remove the industrial waste with the Federally funded Port Hope Area Initiative.

At this point the true beauty of the waterfront had come back and I fell back in love with the lake again with as much passion as in my childhood.

Lake Ontario became my Watermark that day in June of 2013.