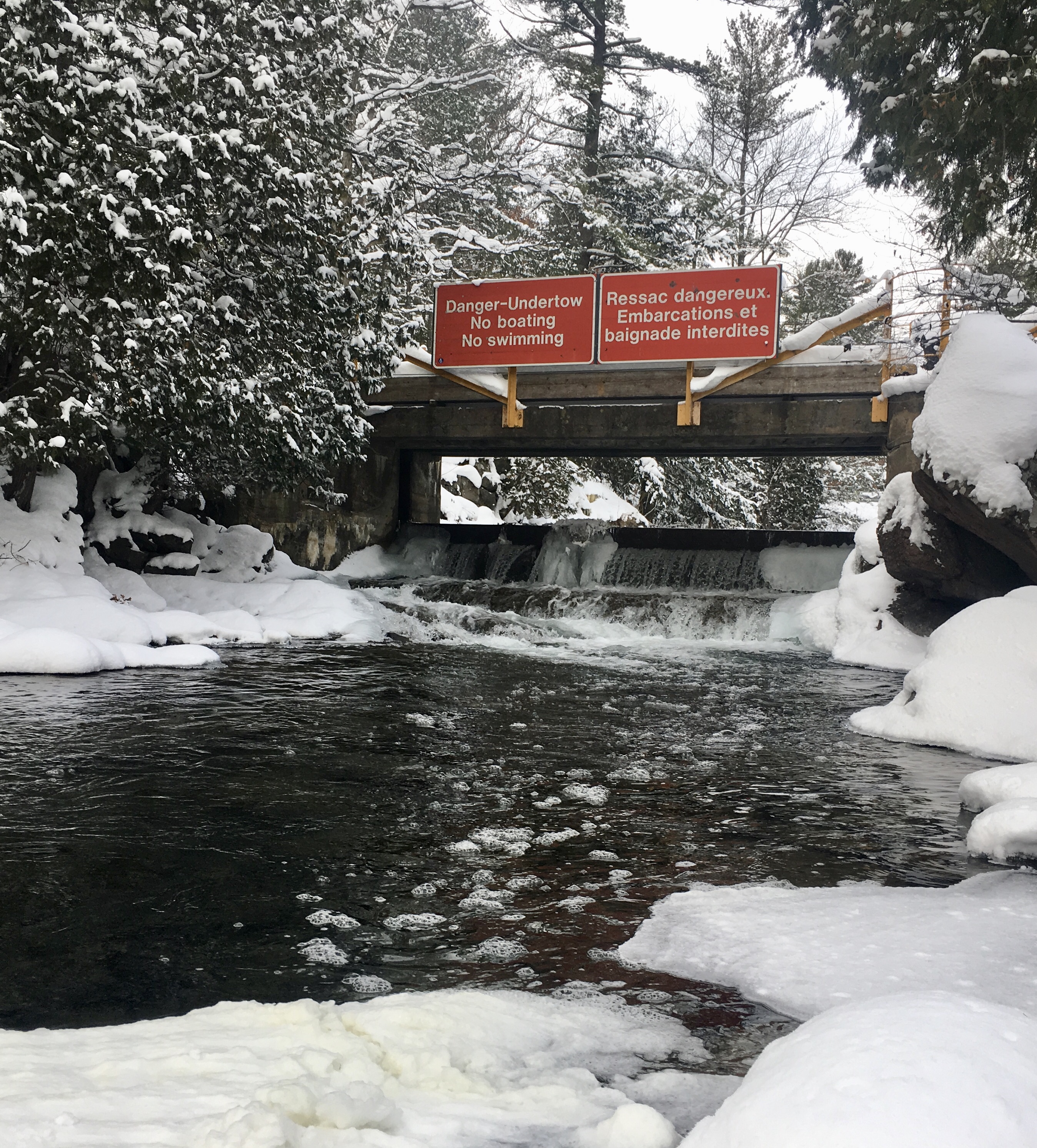 Previous Next
DANGER! Do not swim.

Words to always obey. Though, I wish I could say that was the case on the Green River for the many that grew up on it.

The "Green" surrounds the tiny town of Washago, located at the beginning of the Canadian Shield in southern Ontario. It starts where Lake Couchiching ends at the north end and connects to the Black River. Maple, pine, birch and many other trees line the Green and grow from its presence. Beavers, muskrats, otters, snakes and all kinds of river critters roam.

Several old school stoplog dams control the river, with one hydro dam wrecking havoc on it, but that's another story. Those old school dams, the ones with the words you should always obey, that's my watermark.

I grew up swimming in those dams. Sounds crazy and yes, stupid. But, that was what we did. We only took the plunge when enough logs were down, so the current wasn't roaring. One of the dams, Little Falls, was our main hangout. It was a micro version of whitewater rafting, the great part being, you didn't need a raft. It was actually better to swim there when the rapids were roaring, so less logs down. We would tie a rope across the middle of the rapids and see how long we could hold on, until the waves would knock us off and carry us to calmer water. Even now, older and wiser - debatable, I know - I look back on the countless hours spent in Little Falls and never regret it. I left there some days scraped and bruised from the rocks. I went back, every time.

It was more than just swimming on the Green River. Pike, bass, perch and even muskies glide below you. We swam, we fished, we played, we fought, we partied, we learned and we grew up on the Green River. Our parents forbid us from those areas, ban us from jumping off the bridges and demanded we stick to the beach or public dock. That was never going to happen and they knew that. My mom still gives me grief when we talk about all our adventures on the river, which at the time she didn't know about.

But, like others that were doing this long before us and the ones who showed us these spots, they knew that river was helping raise us.