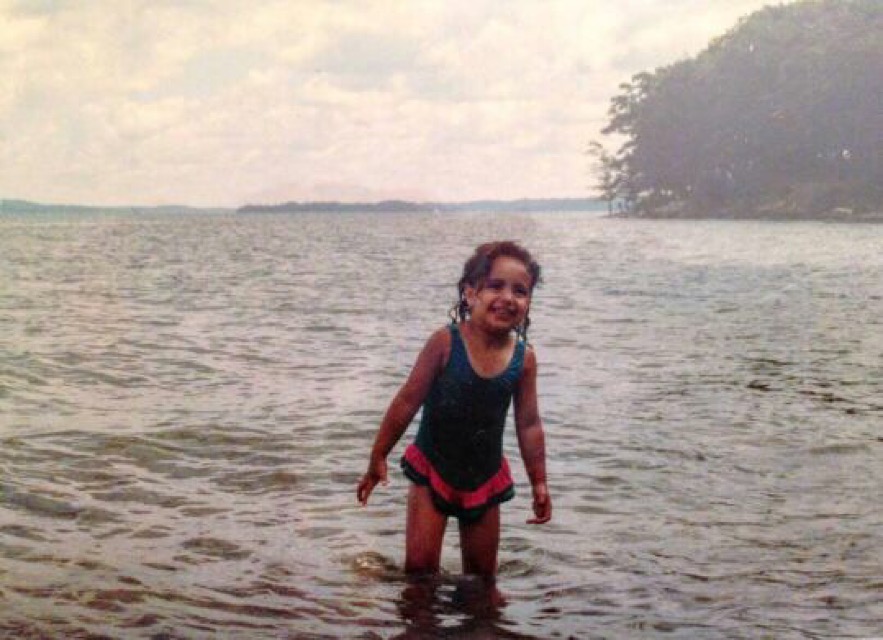 Previous Next
My Watermark is the St. Lawrence River, Ontario.

Attempting to isolate a single memory relating to my love of water is a somewhat arduously torturous task, because my happiest memories are almost all comprised of being surrounded by, immersed in, exploring, and playing in, water; the location of my Watermark, however is an absurdly easy choice: The Saint Lawrence River.

I spent hours upon hours every day for three months a year for my entire childhood swimming in the Saint Lawrence River, which began just a few feet from the steps of the front porch of my cottage. I would occasionally swim in Lake Ontario as well, at the point where it met the river. Although, I preferred the wild wandering, winding, seemingly unending, uncontrollable nature that is inherently characteristic of rivers, and particularly the Saint Lawrence, to the seemingly closed-off nature that is inherent to lakes; I liked feeling unconstricted; I liked feeling like nothing could hold onto me, and that the flowing current of the river never tried to. It would wrap me in its’ comforting embrace, providing me with a sense of safety and security, but never tried to restrain me, and would gently send me on to the next adventure that I could experience in its’ depths.

I would float down the river on my back, wherever the current deemed it appropriate to take me, whilst basking in the dichotomously heavenly feeling of the cool water running through my limbs, and the warm sun kissing my face, then would flip around to dive into the deep, dark depths to search the too oft-unexplored wonderland that I was certain held hidden worlds, stories about which I hoped would be whispered to me by the fish.

My favourite water-based memories have to include my Great Aunt Margie, because she is the woman who really taught me how to swim, and without her guidance, I may not have fallen so deeply for the Saint Lawrence River. I’d been placed in the water weeks after I had been born (a benefit of being a June baby), and I constantly splashed around in the waves—these are some my earliest memories—but when I was old enough to be properly taught, my Aunt Margie, who was a historian, and consequently inherently a teacher, took it upon herself to, with a firm, but gentle hand, teach me the fundamental techniques of swimming. But she bestowed an even greater gift upon me, in giving me the confidence to thrive in the water, as well as the respect for it’s power, and the sheer love of it. The water would become a home in which I’d find myself more comfortable, and happier in, than on land…and then she would toss me a candy cigarette to reward me for a job well done.

I am now, unfortunately, bed-ridden, and the touch of anything, including water, is excruciating, and the personal loss is devastating, but it will be nothing compared to the loss that we will collectively, as humanity, feel, if we don’t protect our watersheds. We float in the water of our memories, and in them find respite and peace.

“Water does not resist. Water flows. When you plunge your hand into it, all you feel is a caress. Water is not a solid wall, it will not stop you. But water always goes where it wants to go, and nothing in the end can stand against it." —Margaret Atwood, The Penelopiad