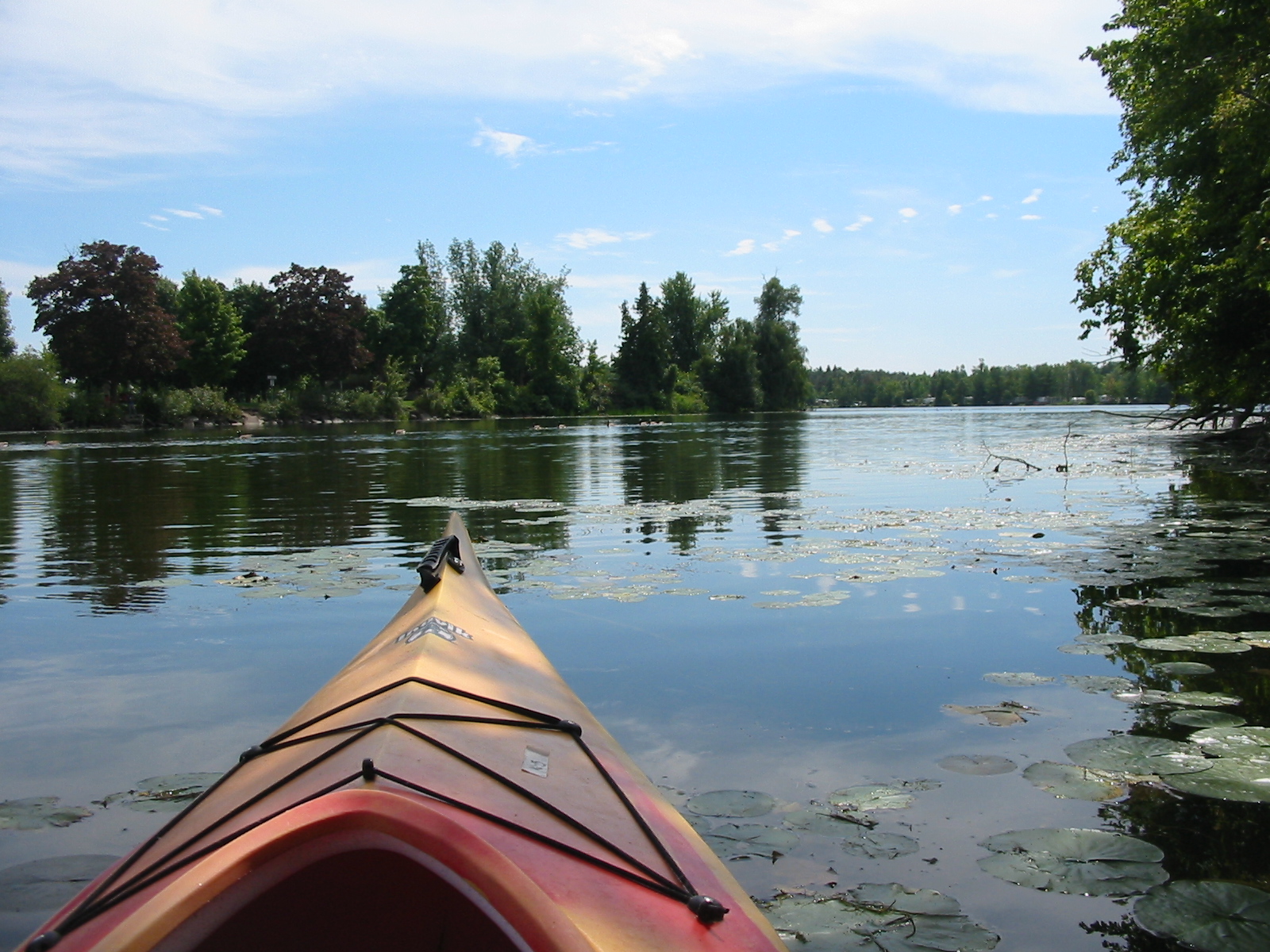 Previous Next
I discovered Fairy Lake in Acton in 2004. Initially, I went there because it was a picturesque location in which to have a picnic. Prospect Park is like a small peninsula, surrounded on both sides by Fairy Lake, and is publicly accessible.

In recent years, the Holy Cow Canoe Company began renting kayaks on Fairy Lake—so in 2016 I went for a paddle, having thought for years about what a nice lake it would be for precisely this activity. Previously, I didn't recall ever seeing a boat rental facility on Fairy Lake, although locals did get out onto the water in their own boats.

Allowing non-motorized boating on ponds and lakes near public parks is a great idea: it brings people closer to the water, and increases their interaction with it. I can't help but mention High Park's Grenadier Pond and the loss of its summer boat rental, 30 years ago this year—1988 was its last summer of operation. High Park has been poorer for the loss of its paddle boats and rowboats!

I find that authorities take too many recreational facilities away in our day and age—this is why it's great to have another option such as Fairy Lake, where you can paddle and enjoy nature in close proximity to it.

Fairy Lake even has a small (poorly situated, in my opinion) swimming beach—but I haven't swum there due to frequent closures of the beach. Think that the beach should be relocated to a spot on the lake where the water is less stagnant: currently it's right near the outflow.

The western tip of Prospect Park potentially has the space and experiences more wind and wave action.