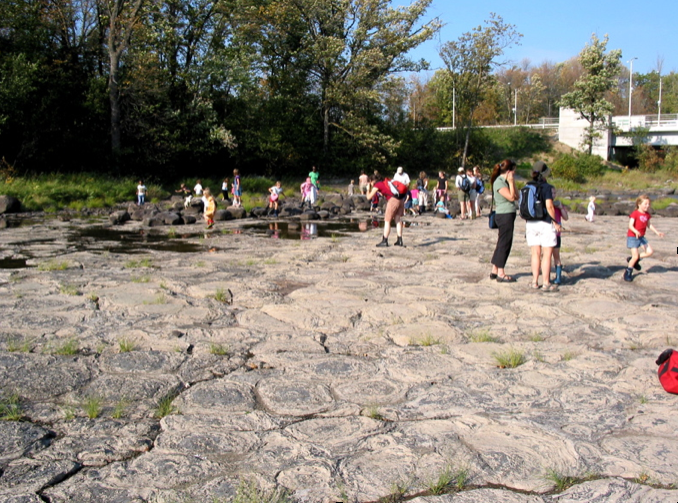 Previous Next
My Watermark on the Ottawa River, Ontario.

I’m a retired geologist who has been working on rivers, lakes and oceans for most of my life. The best way to see a lot of interesting rock is by paddling, or via Zodiac to cover a lot more ground.

One of the great things about being a geologist has been a string of invitations to give cruise ship lectures about rocky highlights worldwide. Going through the Suez Canal, around the Horns of South America and Africa, and visiting a number of remote places in Russia have been additional highlights of my career.

My main geointerests include the study of things called stromatolites; we have some fantastic examples in Ottawa along many of the river shorelines. My organization of volunteers, Friends of Canadian Geoheritage, contributed to the creation of Metcalfe Geoheritage Park in Almonte (Mississippi River), where 22 large rock specimens are in an outdoor display. Encouraged by the first geopark’s popularity, we’ve introduced the same idea to Perth (Tay River) and Eganville (Bonnechere River). All three places feature blocks containing stromatolites, but a really great place to see these structures (formed by extremely primitive life forms) is in a spectacular outcrop on the Ottawa River near Champlain Bridge, a spot I’ve been taking students, teachers, naturalists and the general public to for decades.

Coming back to Almonte, microchips have been embedded recently in the base of every rock specimen, so kids with iPhones can get descriptions and links to learn whatever they want about any given rock. We may be the first in North America to do this, so it’s very exciting. Initiated by the local geoheritage committee in Almonte, the concept will spread around the world, I’m pretty sure.