“I ride that thing everywhere. It’s a totally new way to experience the world around you. You’re just floating, it’s really amazing”


Who would have thought you could ride a bike in the snow? It’s true, cycling is no longer restricted to warm weather months. Fat tire bikes are becoming increasingly popular as a mode of transportation for all seasons and all terrains. 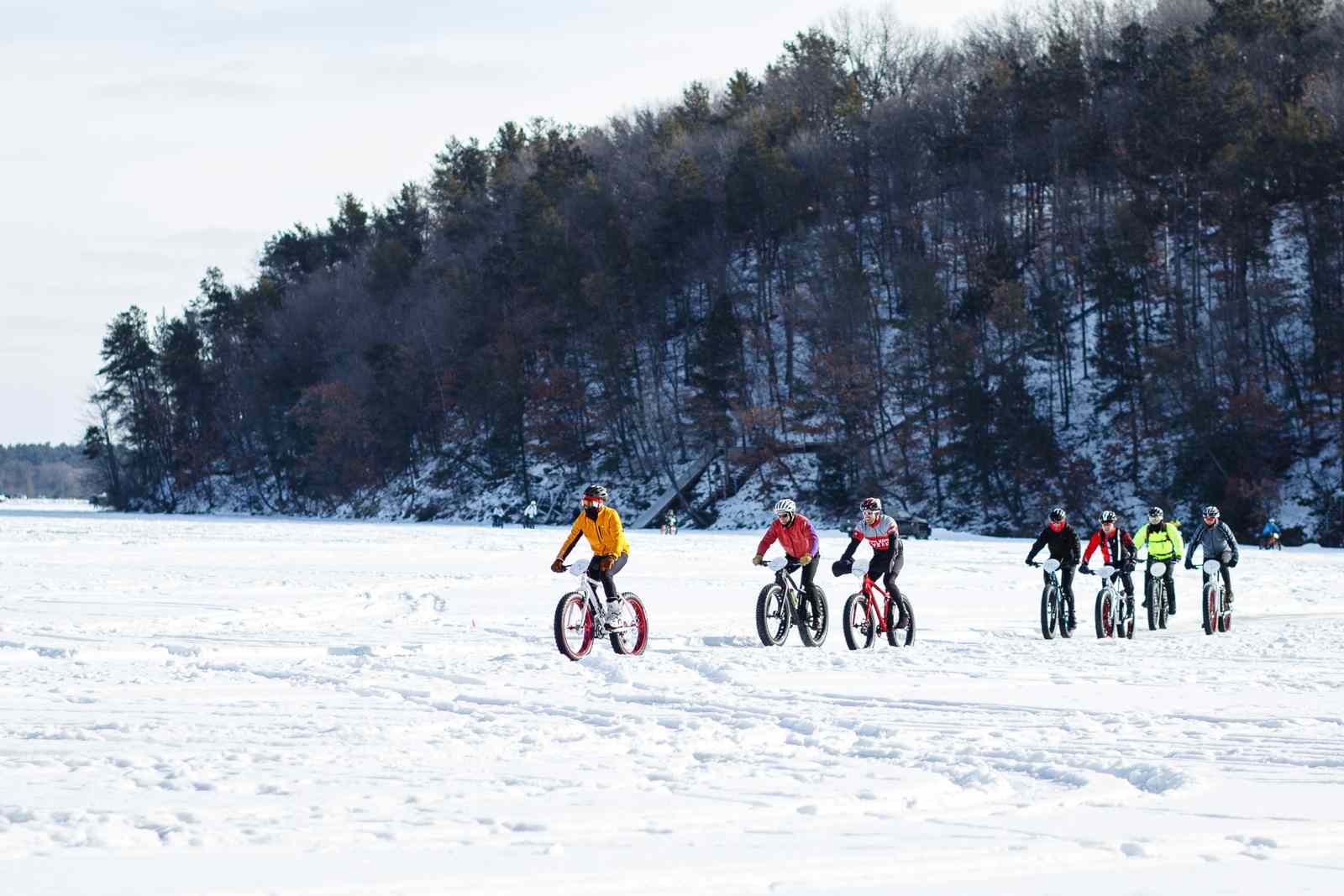 They might look a little funny, but man can these things travel. Not only are they perfect for snow, but they are also ideal on mud and sand. Fatbikes open up a world of destinations that you wouldn't otherwise see. 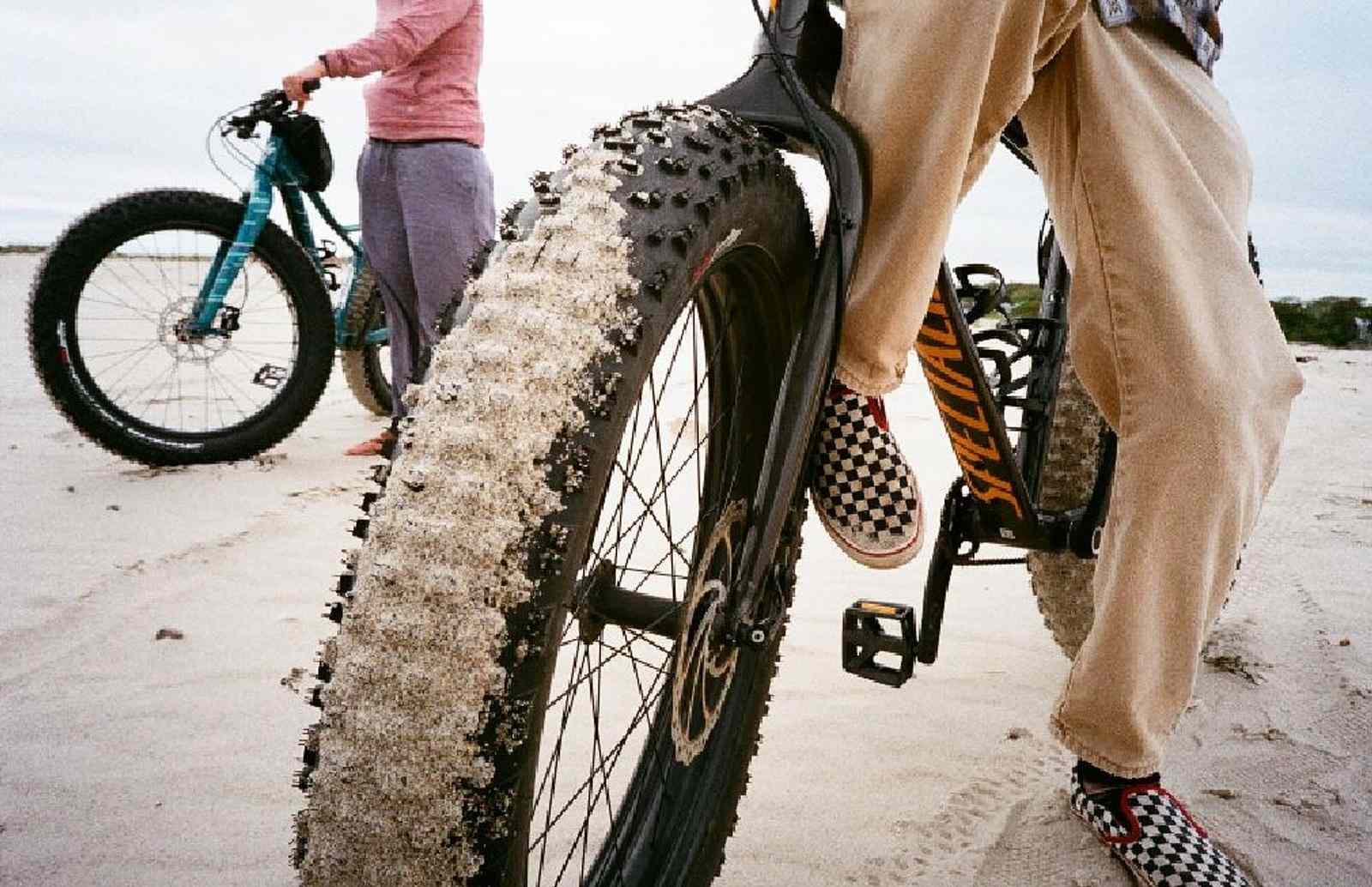 Fat tire biking is something that beginners can get out there and try. It’s more easy-going than road or mountain biking and there are plenty of places to rent fat tire bikes all across Ontario. It is an affordable and exciting way to get out and discover new hidden gems in the Great Lakes region.

James Joiner is a photographer from Cape Cod who has been cycling all his life. His parents were both semi-professional cyclists, so Joiner has been around bikes since he was born, yet it wasn’t until recent years that he really discovered the joys of fat tire biking. Living in cape cod, these bikes are the perfect way to get around, much like right here in the Great Lakes region. 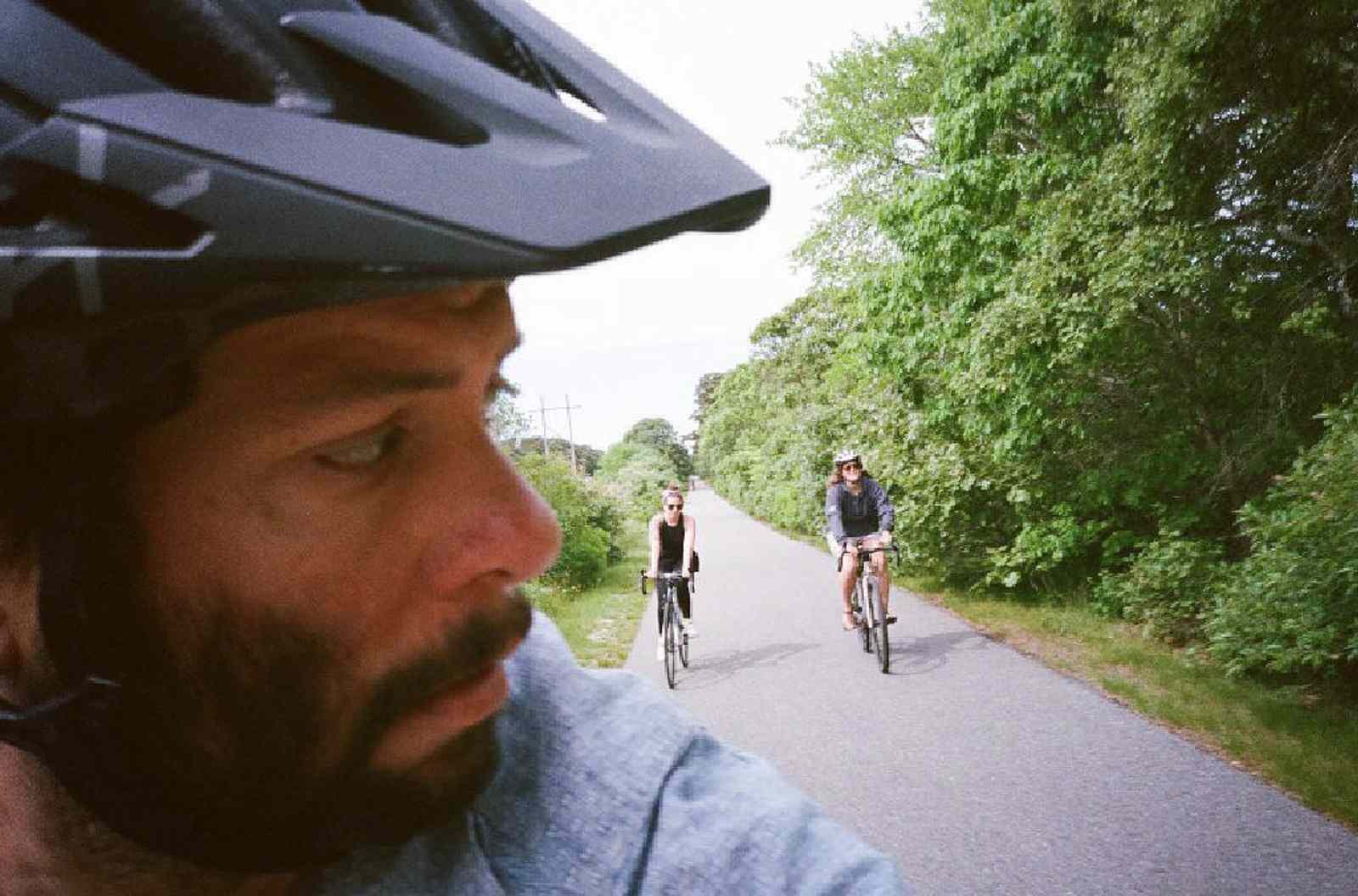 
How did you get into fat tire biking?

Cape Cod is really a giant sandbar. It’s a beach, plus it’s winter half of the year there. I always used to make fun of fat tire bikes… I mean… they look ridiculous! But I got to do a project that specialized on them and discovered that, with these bikes, the entire world becomes a bike park.

It’s a lot of fun. You can push them through the water, over to the islands and it’s a great way to get out to parts of the beach where there are no other people. It’s a totally different game. First, it was just something we did in the winter. And then as I was riding over the beach in the winter, I thought ‘this opens up an entirely new world of terrain’. 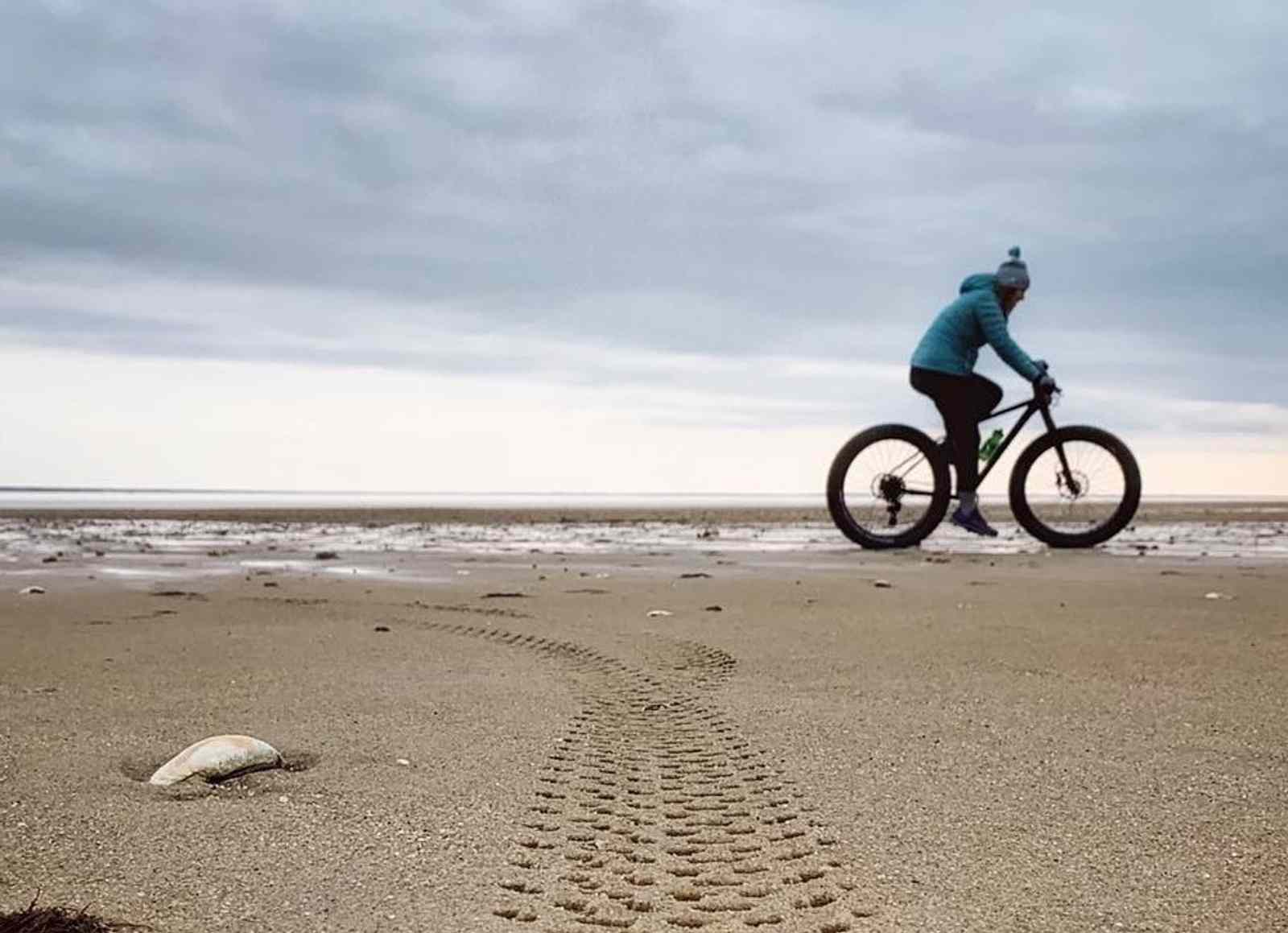 
Is it easy for beginners to get out and try fat tire biking?

As far as fat biking goes, it’s a sport that became popular before its time. It became kind of trendy but there were only a few companies making these bikes. They were hard to get and it was expensive. But now you can get them so easily and the price of entry is super low. Everything about this bike is bare bones and super simple. 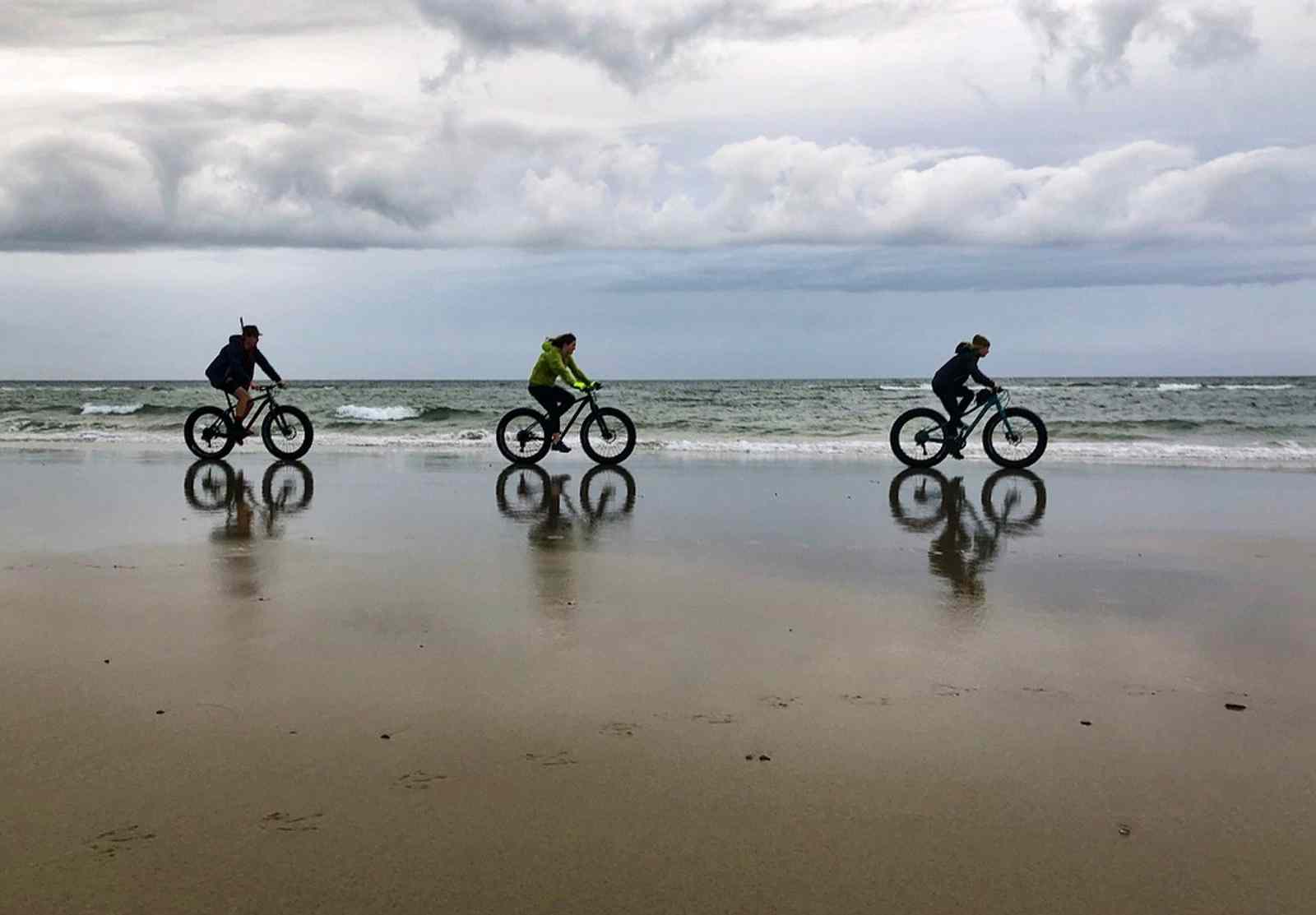 Honestly, I think it’s easier to pedal over than to walk in flip-flops on the beach and in the winter it’s actually safer than walking on ice or snow. It’s really hard to fall over on a bike with tires that wide. Last January we did a trip where we rode dragging surfboards behind our bikes and it was such a cool way to travel. 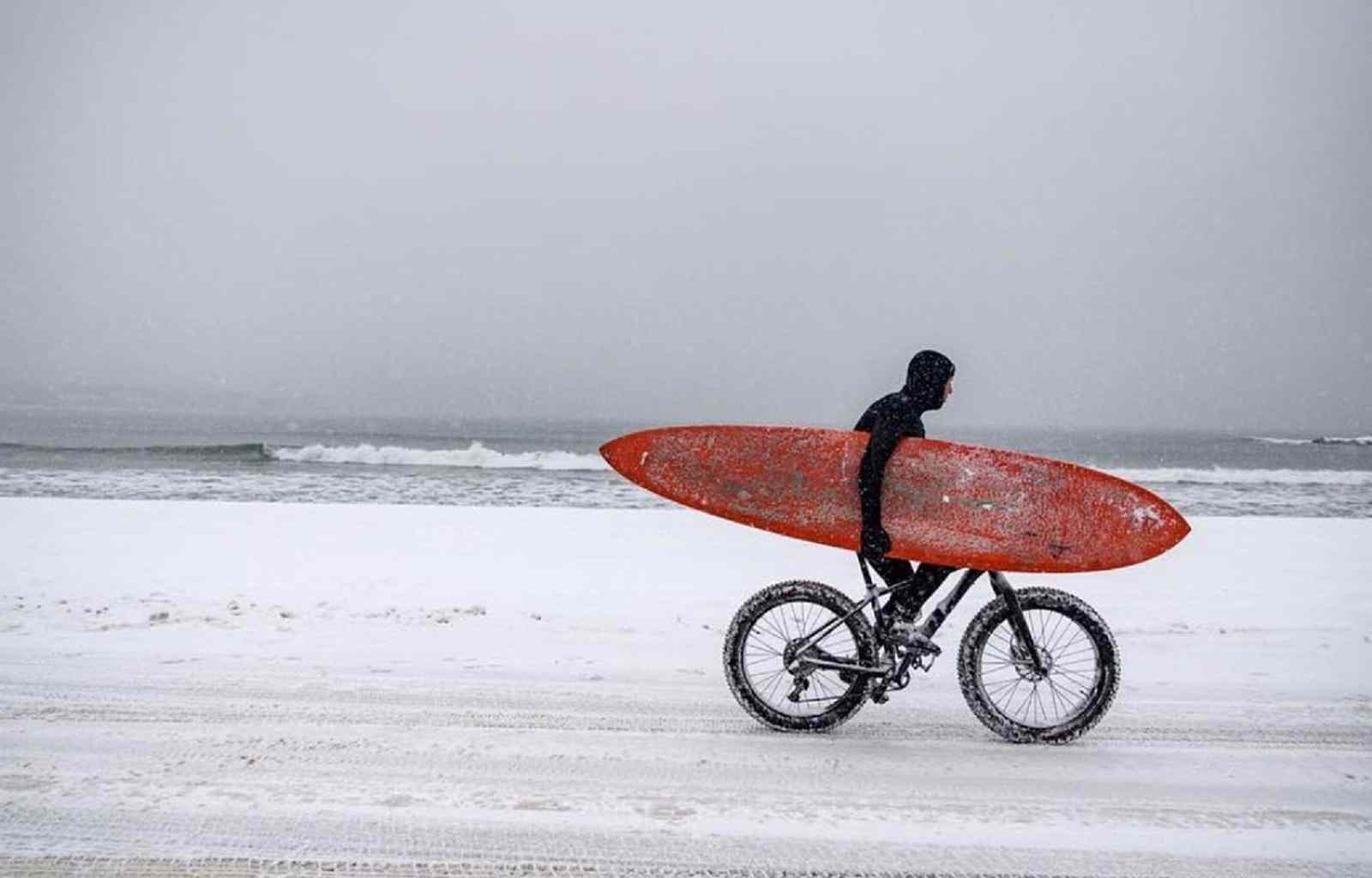 There’s really not much to worry about. I don’t have to worry about the air shocks or special shoes, there’s no special clothing, I just jump on it in jeans and within two minutes I’m off. It’s kind of a pure thing and it’s a great way to explore and rediscover cycling, something that you may have forgotten as a kid.

Why is it important for people to get outside and learn new ways to love our natural environment?

I spent years as a journalist, dividing my time between New York and [Cape Cod] and working constantly. Even someone like me- I’m pretty active in the outdoors and working with a bunch of outdoorsy people- I was missing those real interactions with nature. 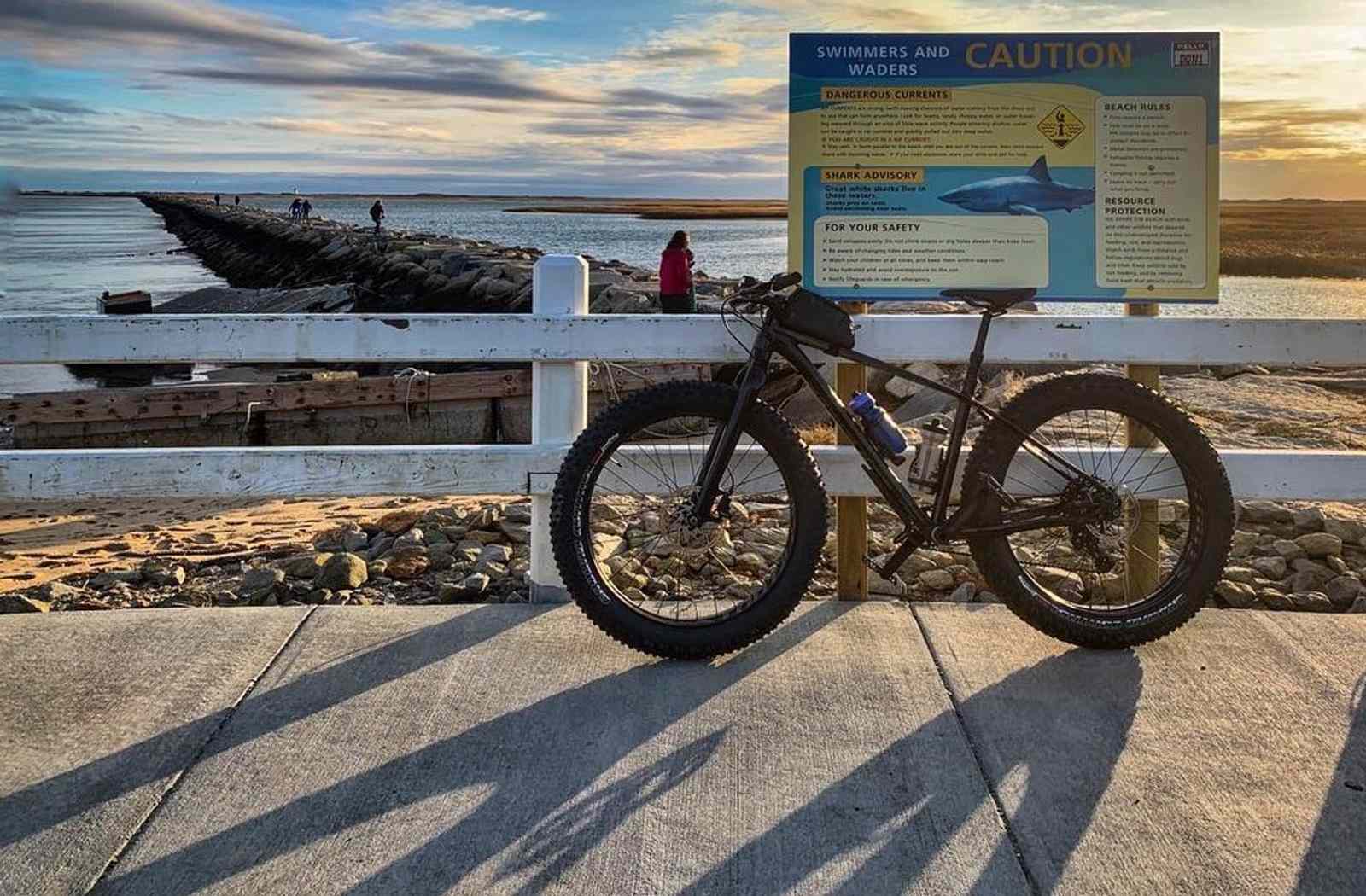 Nowadays, through screens we become envious of the people that are really interacting with nature on social media and we, ourselves, don’t get to engage. There becomes this weird wall, almost like a scab that forms over these missed interactions, and it becomes less real.

I think to unplug and get outside, to be in the woods or on the beach, breathing the fresh air and being away from the stimuli… I think that is incredibly priceless for your mental health and if you can lead people to that “aha” moment, they discover the real joy of being in nature. It’s right outside your doorstep. 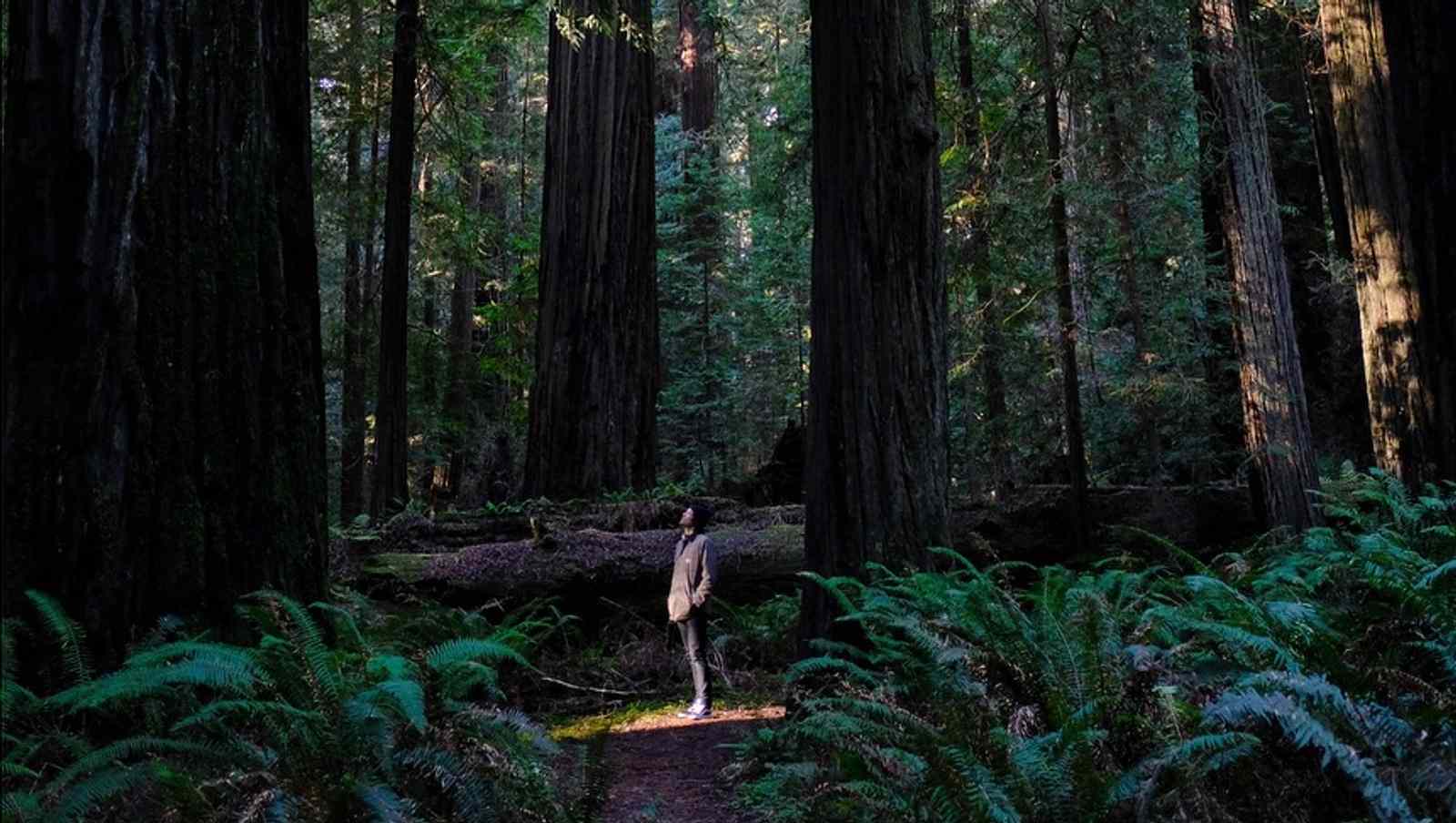 Then, lead them to a fatbike where they can ride a little farther off their beaten track. These experiences get people to really care about these wild places. In our day-to-day lives, it can be easy to get annoyed that the sun is in my eyes when I’m driving because there’s an epic sunrise out my car window.

Being able to jump on a fatbike, whatever distractions that you have in your life, any worries, are just forgotten. Your legs detach after a while and you just pedal on your own. It’s really easy to get lost in thought after a few minutes and just be somewhere else, even if you’re only 5 mins from home. People forget how to do that nowadays. 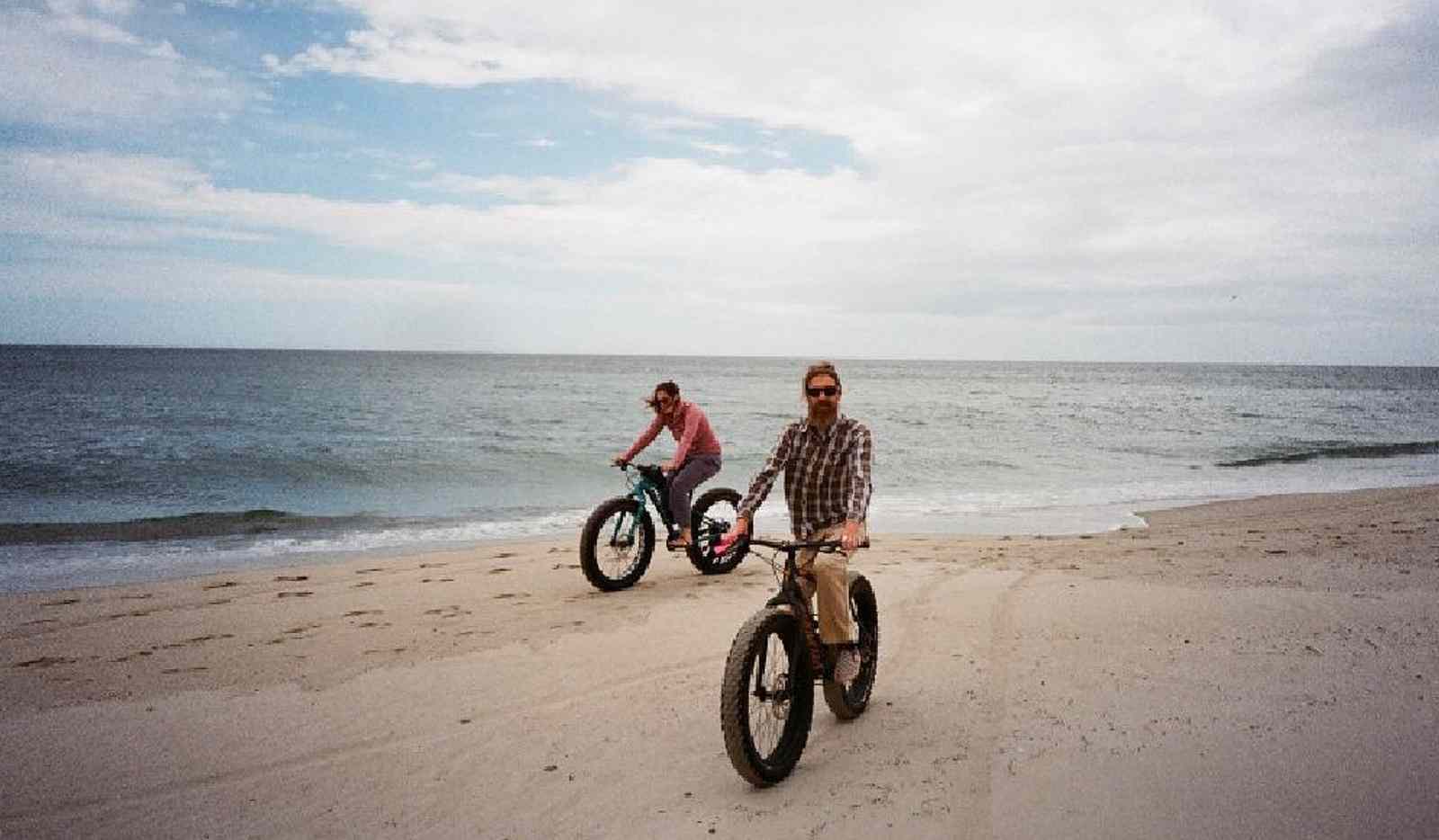 Once I found a cold shocked endangered green turtle and we rode it back 5 miles on the handlebars of my fatbike. You never know what you’re going to see if you get off the city streets and out into the woods. It connects us with who we are and what we're feeling inside in a way that looking at things through a screen just doesn’t do.

Connecting to the world around you is an incredibly important and part of being human. 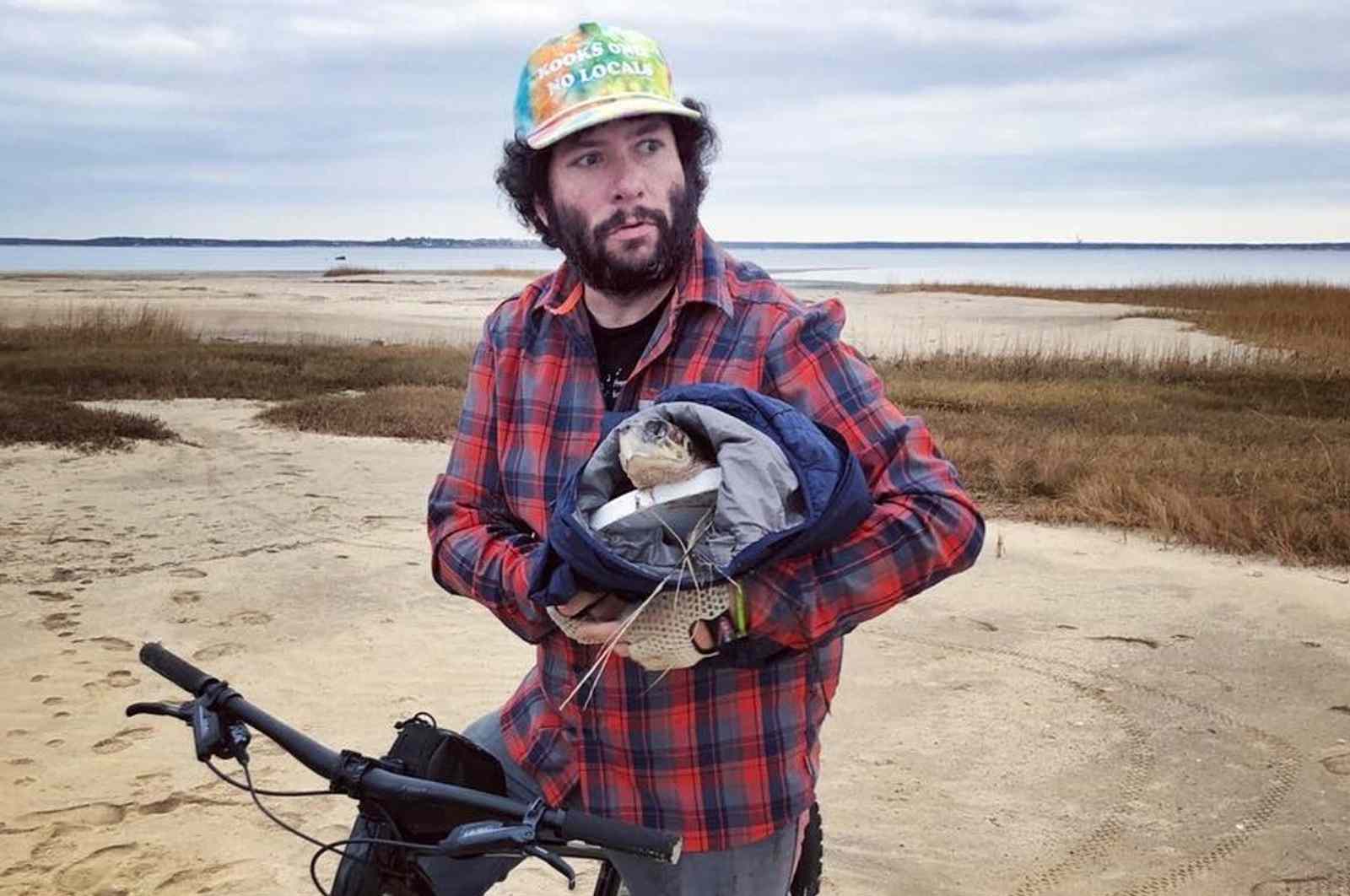 Find a fat tire bike rental location near you:

Liv Outside in Bracebridge