The planet around you is changing. It’s happening quickly, and it’s happening in dramatic ways. From the land we walk on to the waters we drink, your earth today is very different from your grandparents’ Earth.

People have altered the Earth in such profound, lasting ways that scientists say we are in a new epoch. They call it “Anthropocene” from the Greek words for “people” (anthropo) and recent (kainos/cene). 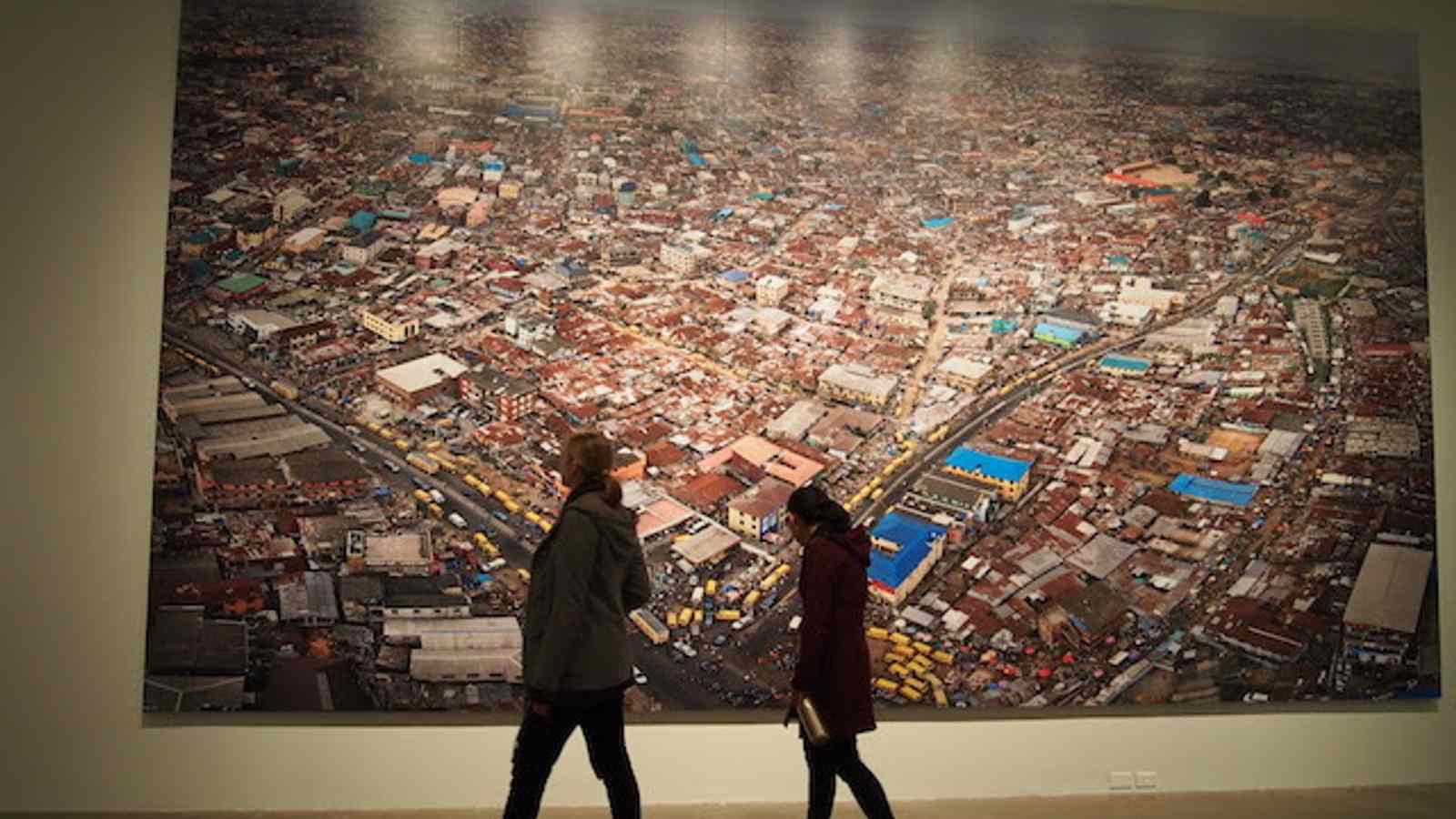 The Anthropocene is the focus of a 2018 documentary and companion exhibitions at the Art Gallery of Ontario and the National Gallery in Ottawa. Filmmakers Jennifer Baichwal and Nicholas de Pencier team up with photographer Edward Burtynsky to show some of the most profound impacts of human activity on the globe. 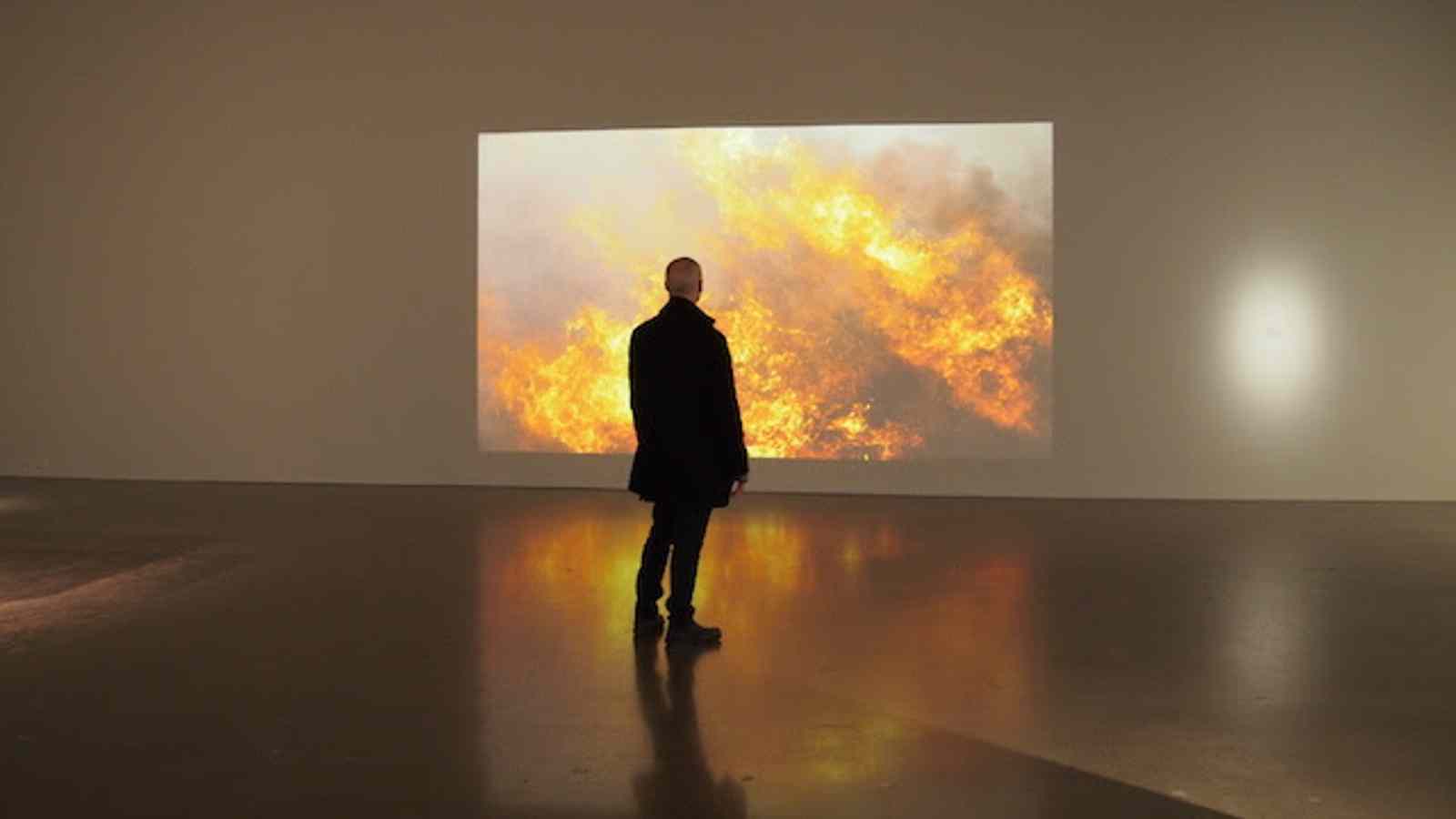 WWF says that wildlife populations have dropped 60% in the last forty years. Species are going extinct 1,000 times faster today than they did before human activity was so dramatically shaping the planet.

Here on the Great Lakes, the numbers are even scarier. Freshwater species have declined by 83% in the same period of time.

You are part of the last generation that can save the planet, says WWF.

You can see the Anthropocene right here on the Great Lakes 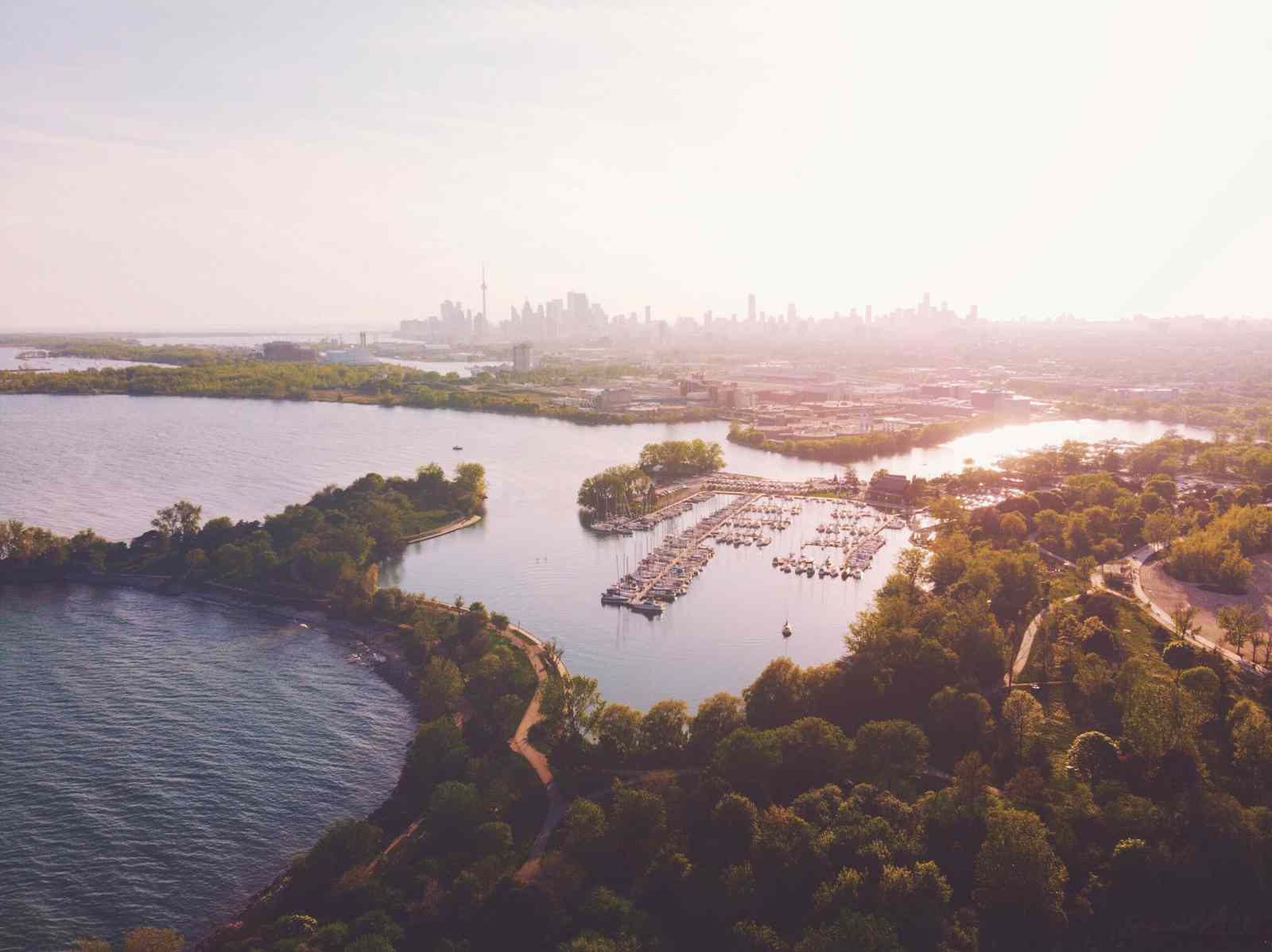 The Anthropocene documentary takes you around the world to places that show you what the changing planet looks like in stark, dramatic ways. But you don’t need to travel to South America, Italy, or Africa to see the ways that people are re-shaping the planet. You can see it here, on your own doorstep. 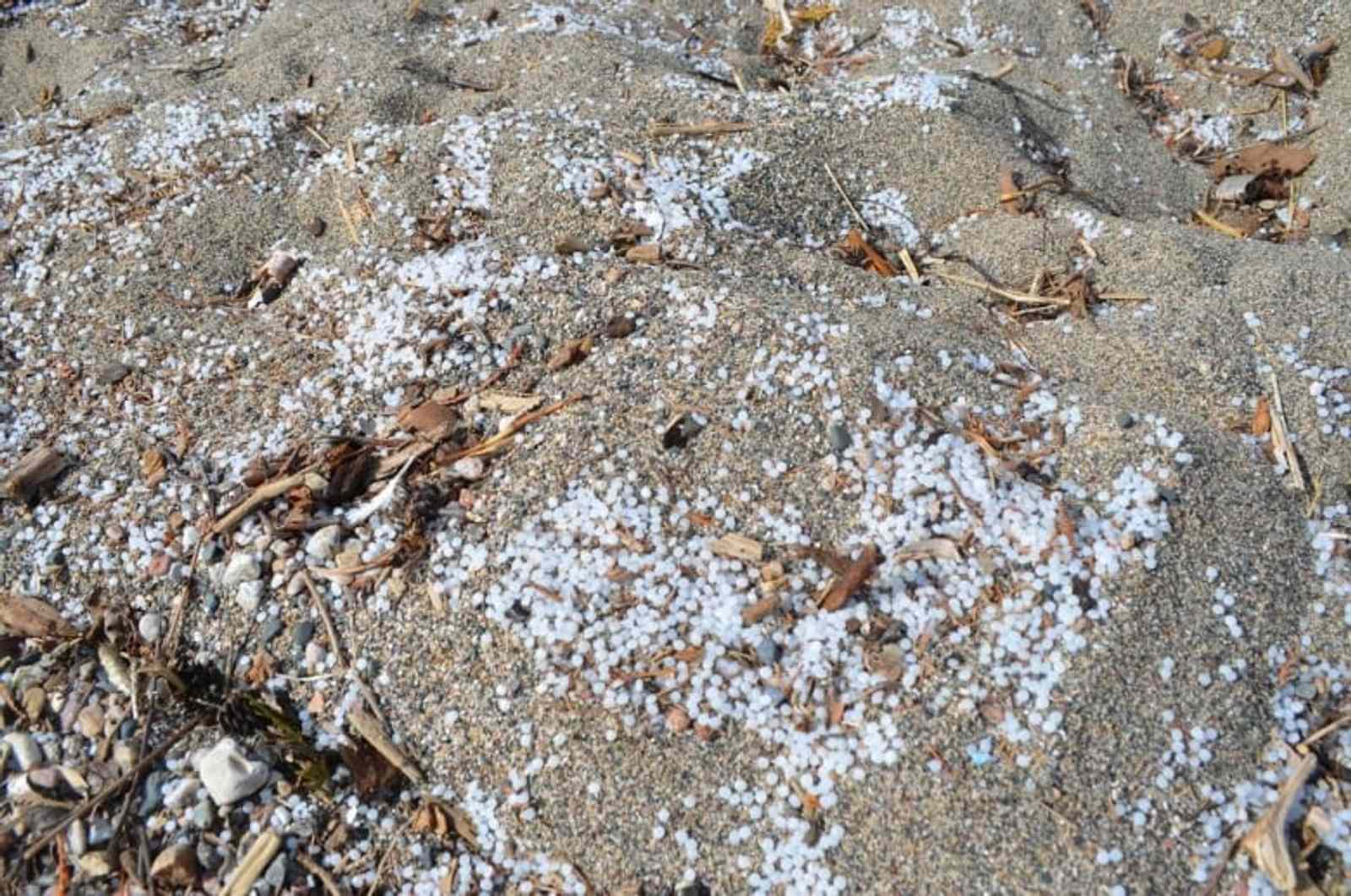 Microplastics are infamous for wreaking havoc on the world’s waters. By now, most people know that massive patches of plastic garbage and debris litter the ocean and the Great Lakes. Birds and fish are found with plastic in their bellies.

Some scientists predict that there will be more plastics in the water than fish by 2050.

Did you know that one of the largest spills of plastic microbeads happened here in Ontario in 2008? A train derailed near Terrace Bay. One of the cars spilled microbeads into Lake Superior. A decade later, you can still find the tiny white beads dotting the beach “like snow.”

Such “technofossils” are one of the hallmarks of the new epoch. 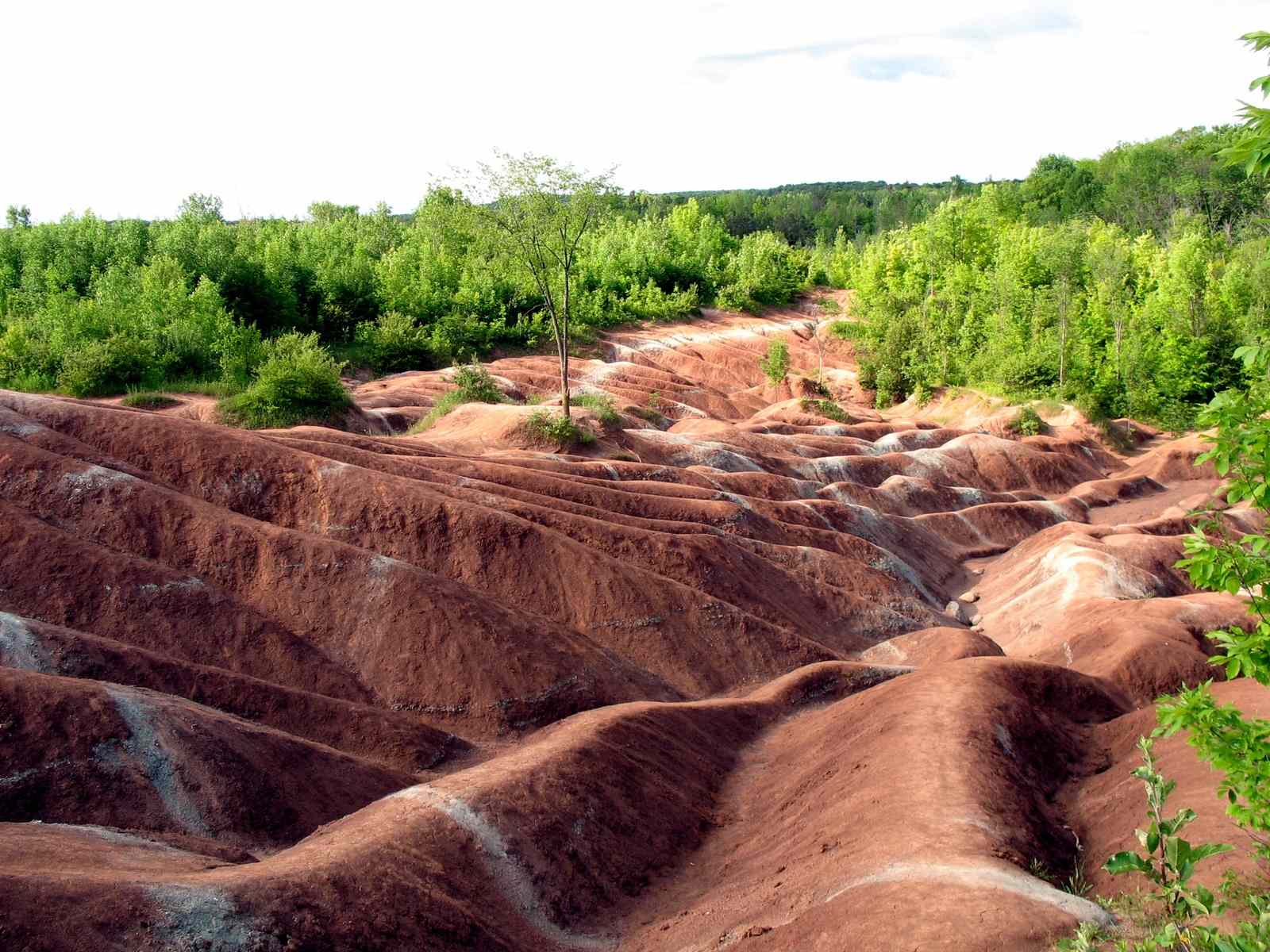 The Badlands may be relatively small, but they’ve been attracting photographers for decades.

The vibrant red earth looks like something out of a science fiction movie. The complete absence of plants and vegetation is eerie, something you need to see with your own eyes to truly appreciate.

What you may not know is that the Badlands are a kind of accidental terraforming. In the early 1900s, people cleared the trees to make pasture for cows. They didn’t realize that the tree roots protected the soft shale. (Shale is soft, fragile rock formed from mud or clay.)

Once the trees were gone, the ground was too soft to support new grasses and plants. Today we are left with the Badland’s signature bright red bald patch, scoured by rains and coldwater streams and slowly growing ever-larger. 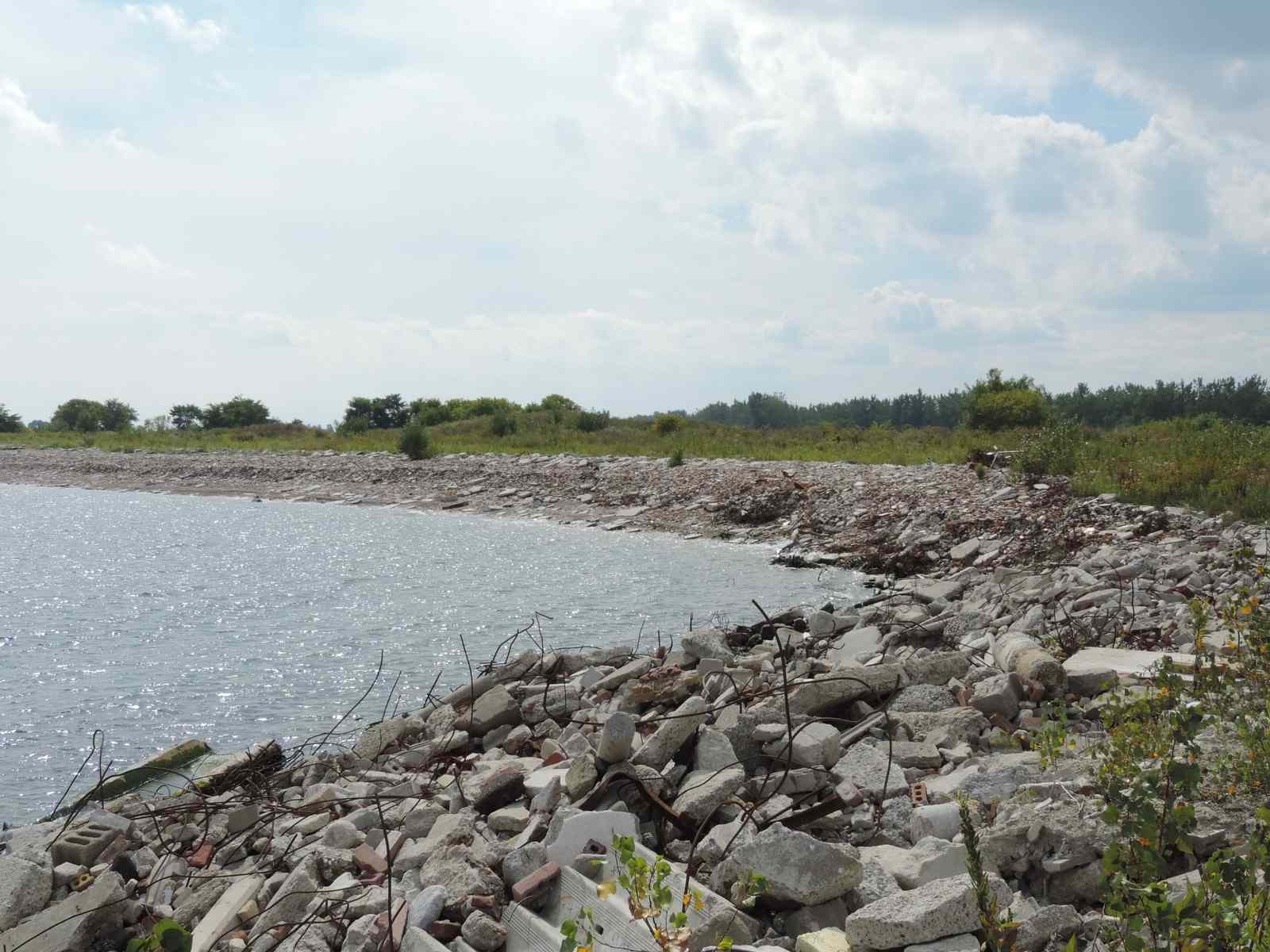 One of the most popular places to connect with nature in Toronto is, as it turns out, not natural at all. Leslie Spit is a bird sanctuary, a dump site, a sand trap, and a wetland all in one beautiful, contradictory package.

Leslie Spit sits between Cherry Beach and Woodbine Beach. It stretches waaaay out into Lake Ontario. From end to end, it’s a five-kilometre headland with a lighthouse at its tip.

One side effect of the Leslie Spit is that it stops sand that erodes from the Scarborough Bluffs from feeding the Toronto Islands. As the Spit grows larger, the Islands’ grow smaller. Experts are now working to shore up Gibraltar Point on the Toronto Islands, where Lake Ontario threatens to slice through the island within 20 years.

Leslie Spit is an example of terraforming in action.

Lost Villages of the Thousand Islands 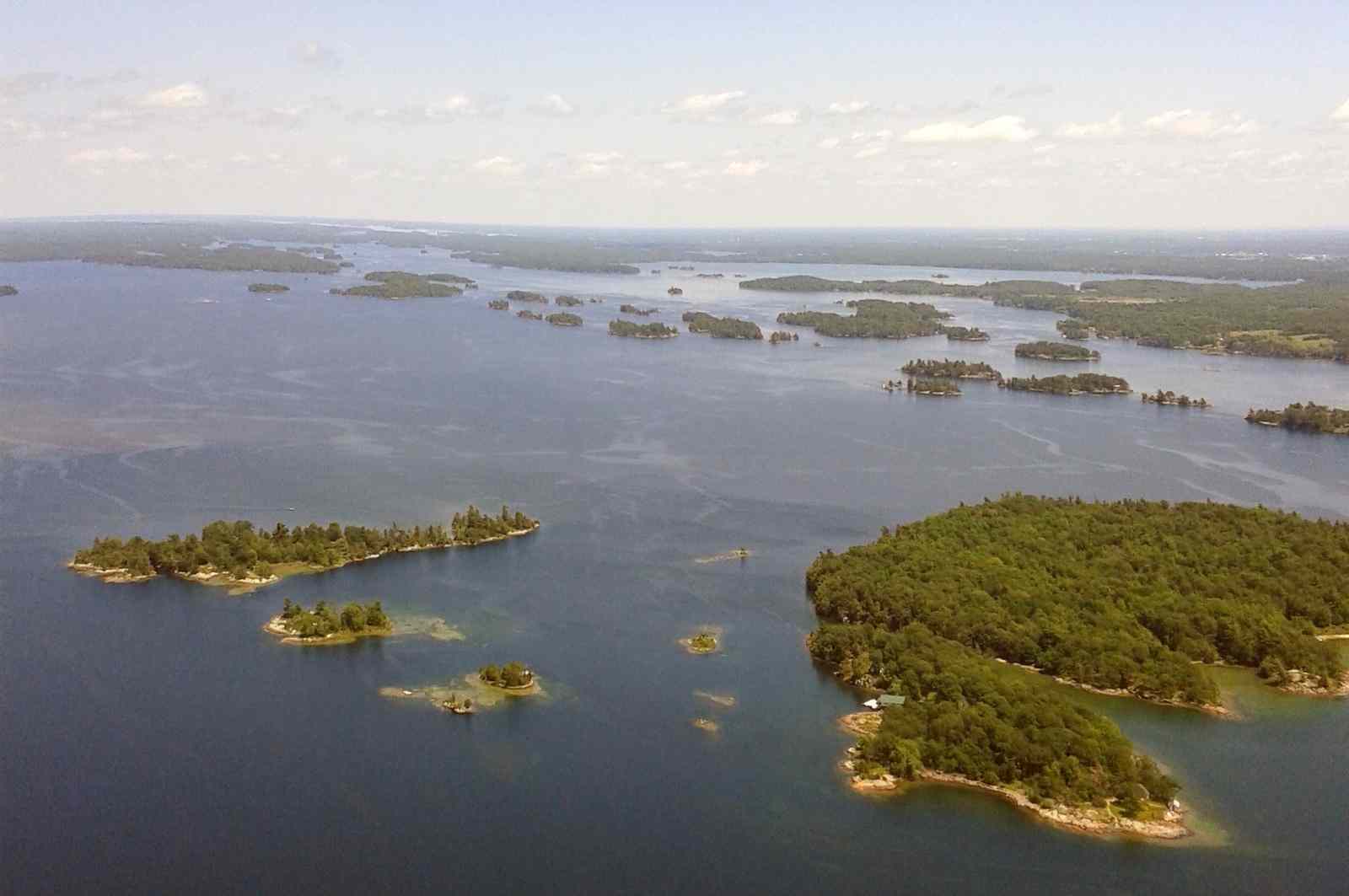 For thousands of years, fish migrated between the freshwater rivers of Lake Ontario, the Atlantic, and even the Caribbean. Fish like the American eel travelled as far inland as Niagara Falls, creating one of the most unique freshwater-marine communities on the planet.

The St. Lawrence River rapids, however, prevented large ships from travelling directly from the Atlantic Ocean up into the Great Lakes. Unlike fish, boats couldn’t navigate the rough waters - they used human-made canals to bypass the rapids.

That all changed on July 1, 1958, when the St. Lawrence Seaway opened with a bang. A hydroelectric dam and lock system replaced the natural rapids. Water levels could now be regulated - a power that would have a devastating impact on Lake Ontario’s wetlands in the coming decades. 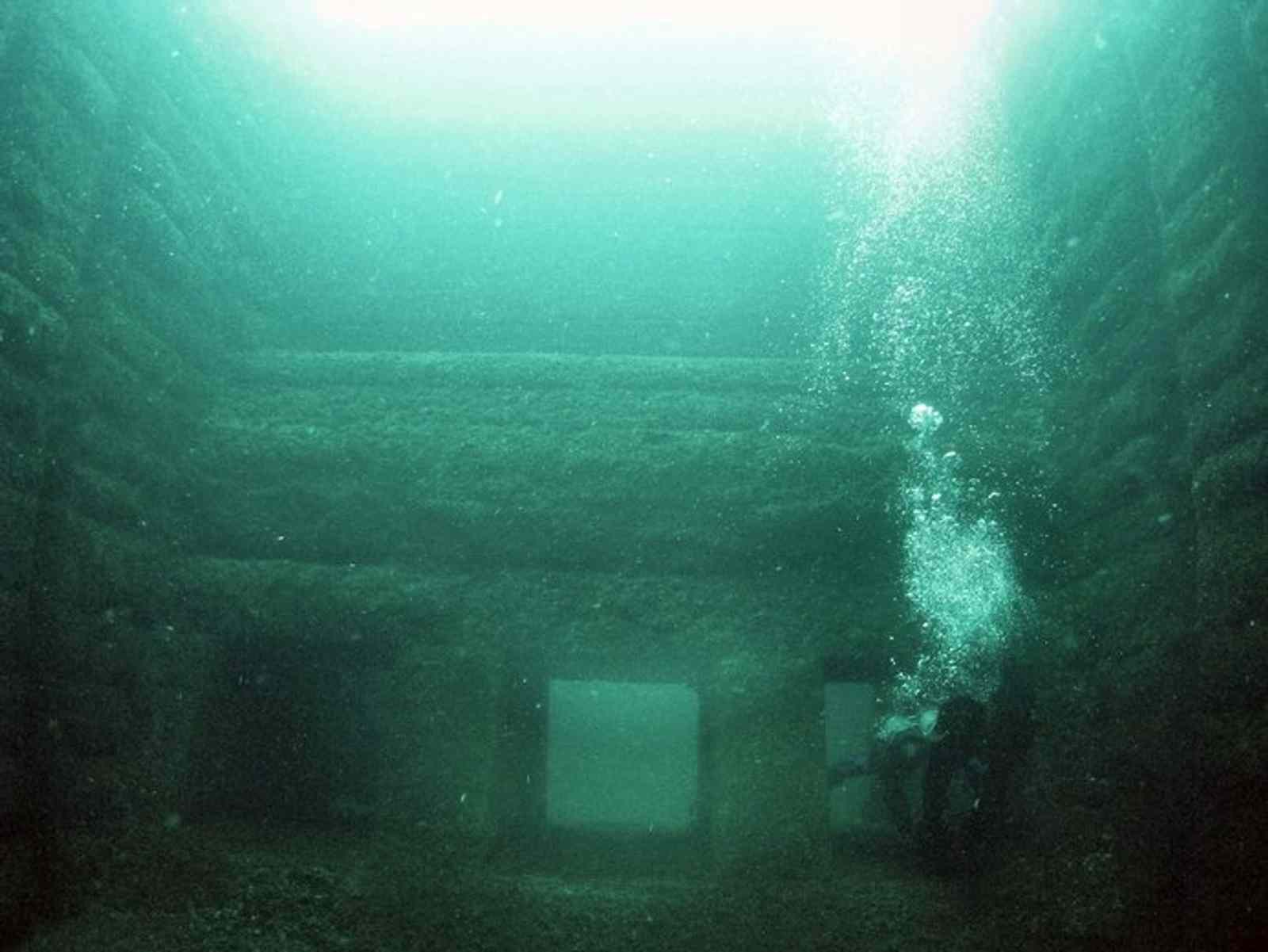 The “Lost Villages” are the villages and hamlets upstream from the dam at Cornwall, which were flooded on Inundation Day in 1958. You can see their history at the Lost Villages Museum or dive to the depths of the river and see the ruins for yourself.

The new dam blocked passage for fish like the American eel. This unique fish was once so common that it made up half of the life in Lake Ontario. Today, it is an endangered species.

Without restoration programs, the eel could disappear from the Great Lakes entirely. Extinction is another hallmark of the Anthropocene. 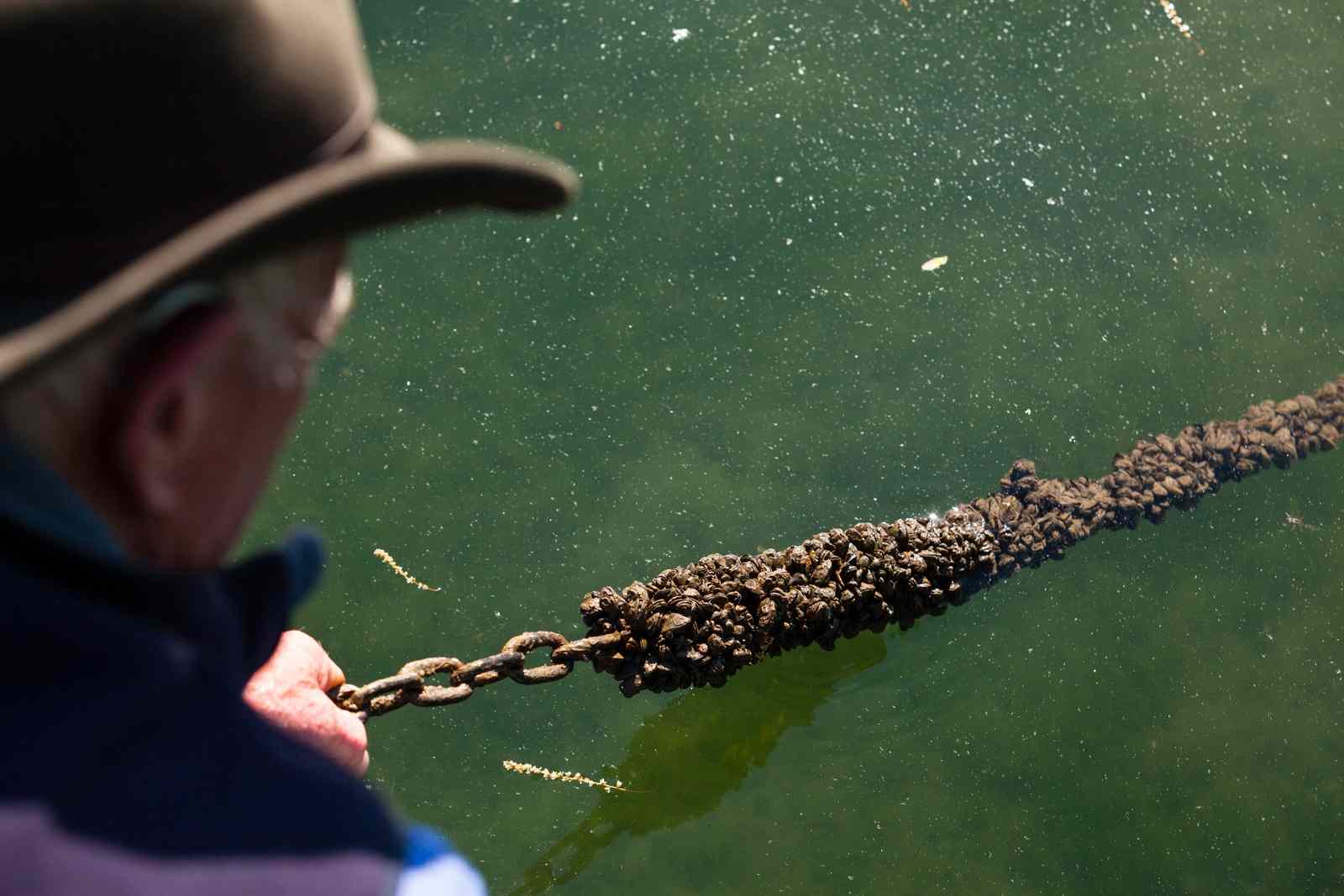 When people move from place to place or build new channels between waterways, one of the most common and devastating consequences is the introduction of “invasive” species.

These are plants or animals that follow people to new ecosystems. Once in their new homes, the alien invaders have no natural predators and can overwhelm native species.

Zebra mussels from Europe were first discovered in the Great Lakes in 1988. They arrived here in the bellies of ships and spread quickly. (One female zebra mussel can produce one-million eggs every year!)

Zebra mussels eat up the single-cell organisms that live in the lakes, upsetting the lakes’ natural balance and causing fish populations to crash.

Since they arrived in the Great Lakes, zebra mussels have caused billions of dollars in damage. They are one of the hallmarks of the Anthropocene.

That giant tunnel under Niagara Falls 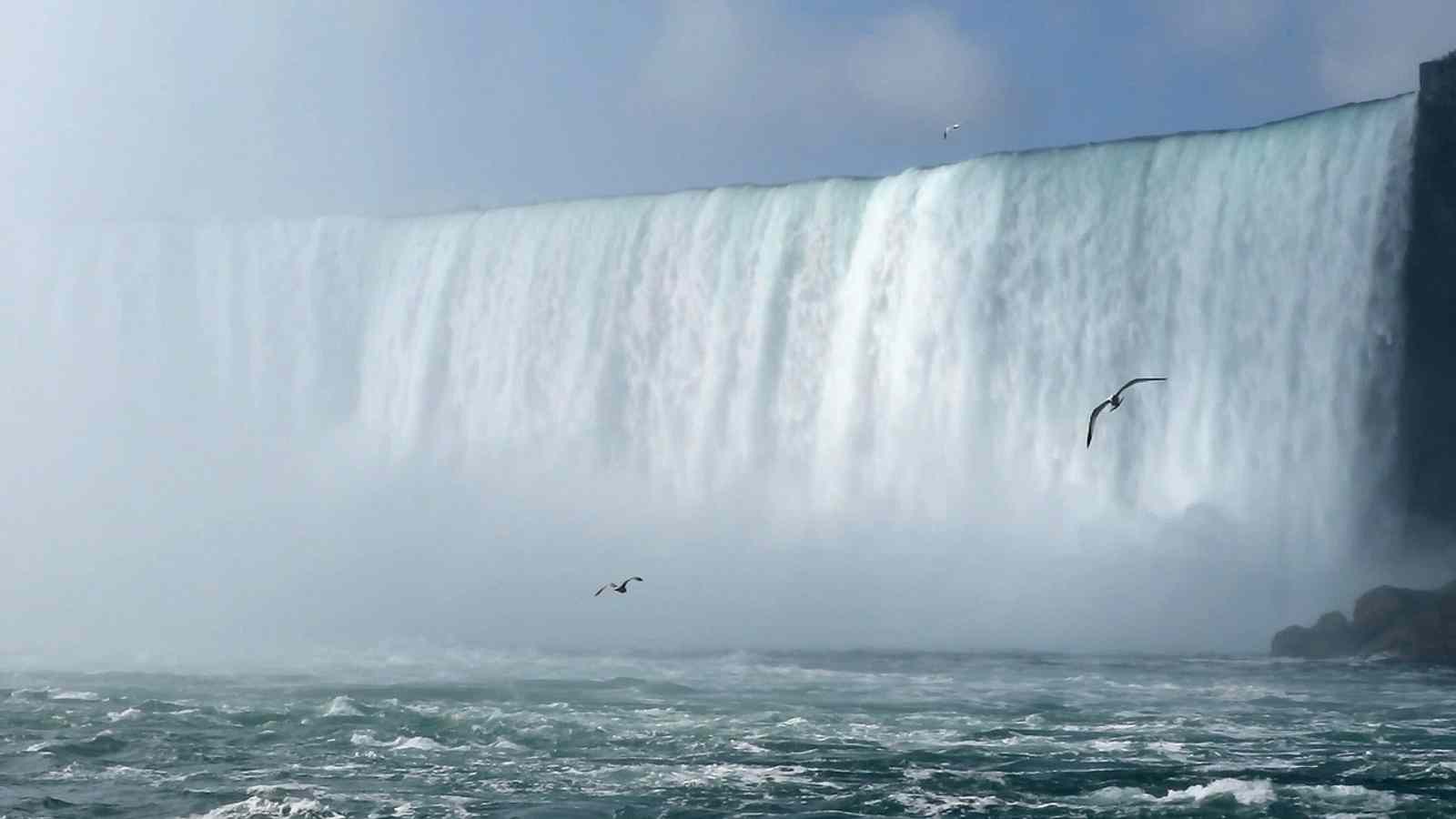 This tunnel, created with one of the largest machines of its kind in the world, runs under the City of Niagara Falls. It’s a prime example of the kind of massive tunneling activity that is reshaping the earth below its surface.

Each night, Canada and the US divert 50% of the water flowing over Niagara Falls to reservoir and tunnel systems they use to generate electricity. In the wintertime, even more water is diverted; only ¼ of the water that would naturally flow over the falls actually does so.

This is one of the most dramatic examples of human intervention on the Great Lakes. 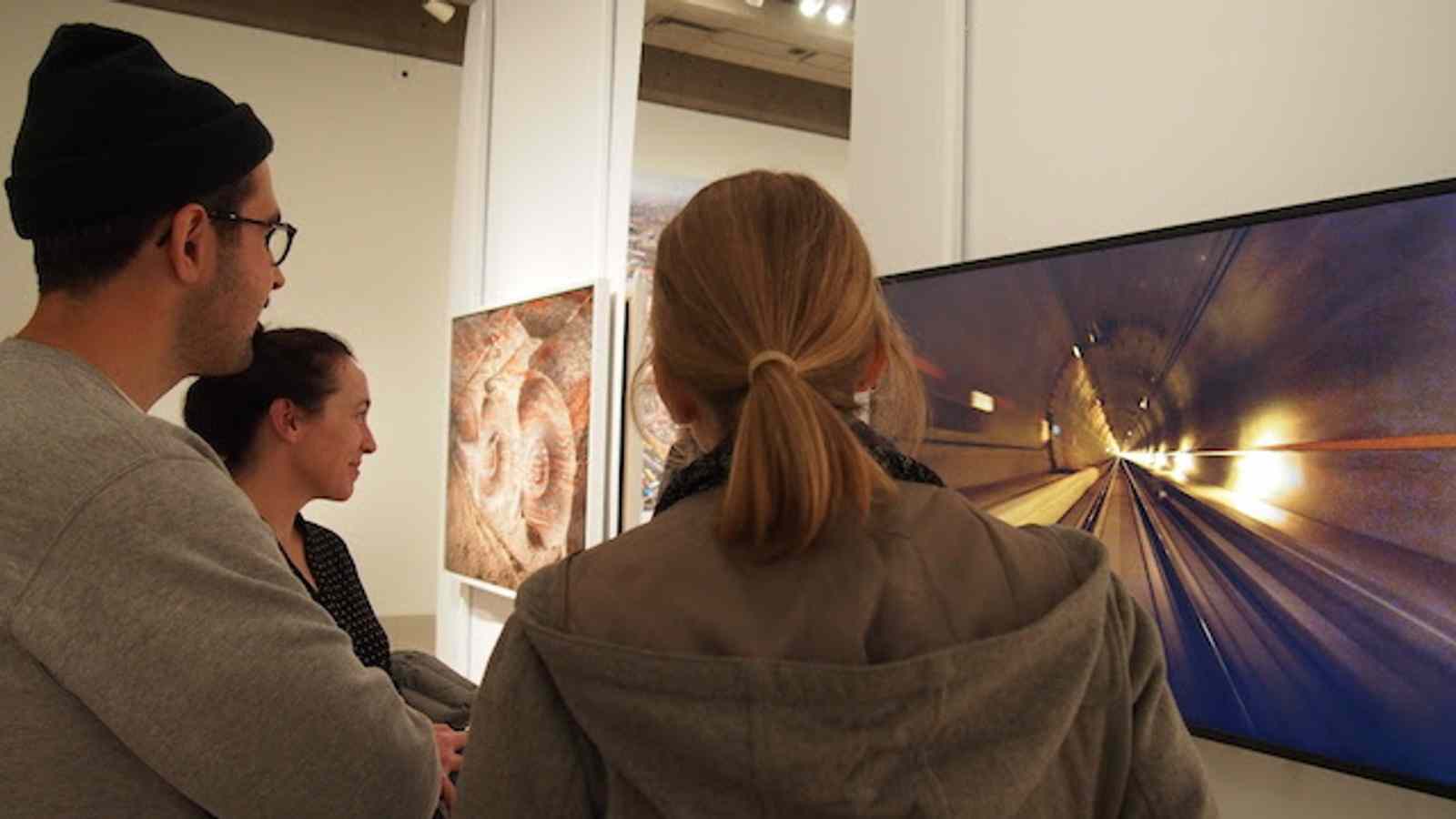 The documentary, 'The Anthropocene Project' launched on iTunes in December 2018.

Skate on the 10 most magical outdoor rinks in Ontario
Best Of
Get inspired by Ontario’s winter wonderland
People and the Lakes
Go chasing waterfalls: an easy day-trip from Toronto
Best Of