“I would never swim in Lake Ontario”

I was a little taken aback when I had a friend tell me this when I mentioned weekend plans to go camping at Presqu’ile Provincial Park to escape the heat of mid-July in Toronto.

The statement got me thinking. I had recently moved into a cramped, shared apartment downtown and was dying to get out of the city during the hottest time of the year. I’ve done lots of camping and I love lake swimming, but I had never actually spent much time in Lake Ontario. Was it going to be that bad?

We arrived at the Presqu’ile Park in the town of Brighton, Ontario, in the evening and found our site - a large grassy spot less than 100m from the west shore of the park. I could already feel the cool breeze coming off the water and it felt good. 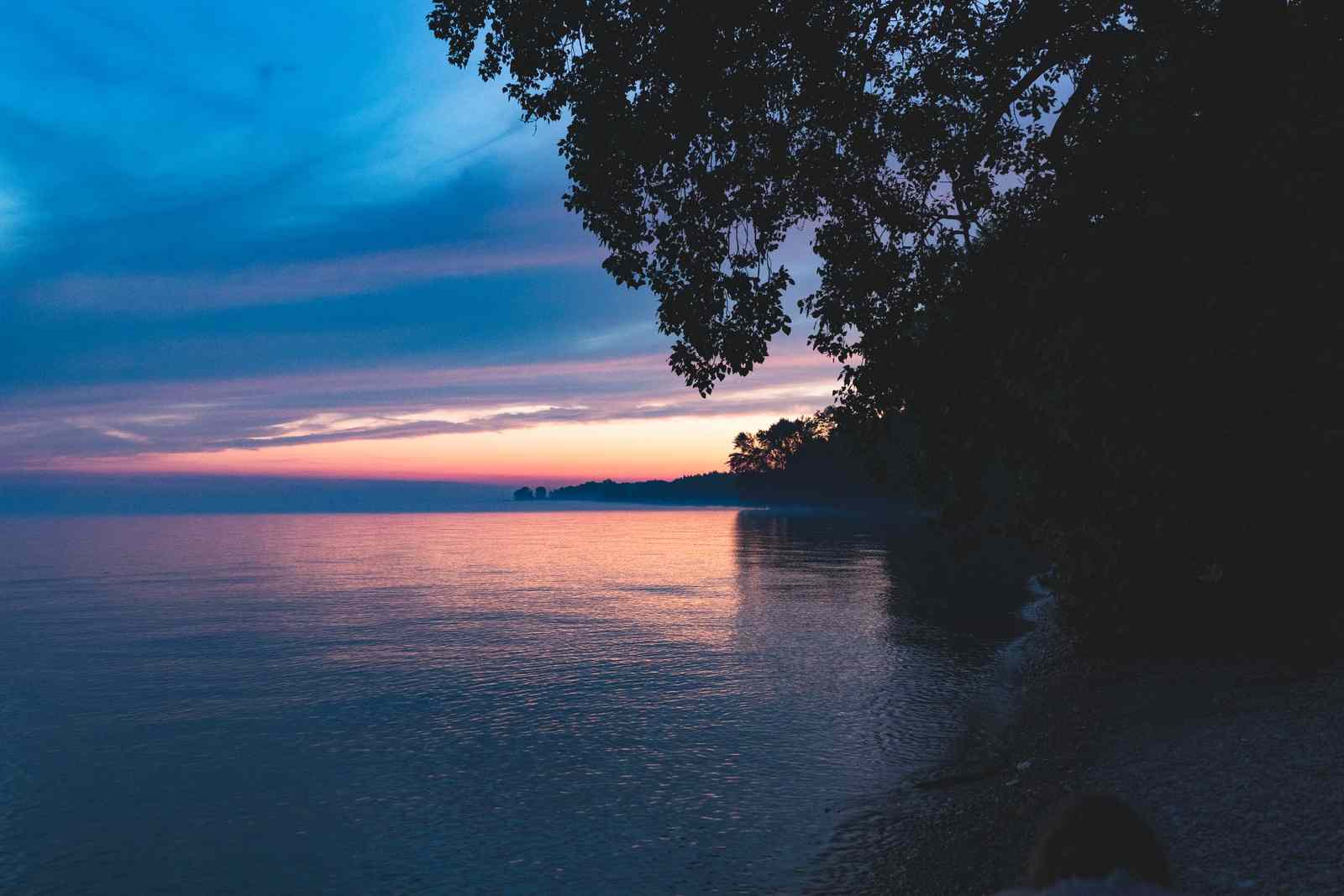 We set up our tents and headed down to a small rock beach a short walk from the site. Greeting us was almost 180 degrees of pure openness - an unimpeded view of one of the largest lakes in the world. The sky was clear and the sun was on its way down over the natural shoreline. Shorebirds danced back and forth along the horizon, looking for dinner. A sharp contrast to the Toronto skyline.

Presqu’ile Provincial Park is a unique destination. It’s a perfect marriage of history, recreation, and a stunning, natural marsh ecosystem. The land the park sits on juts out from the mainland to form a boomerang-shaped “tombolo”, or sand deposit, forming extensive marsh habitats for migratory birds and lush, deciduous forest. 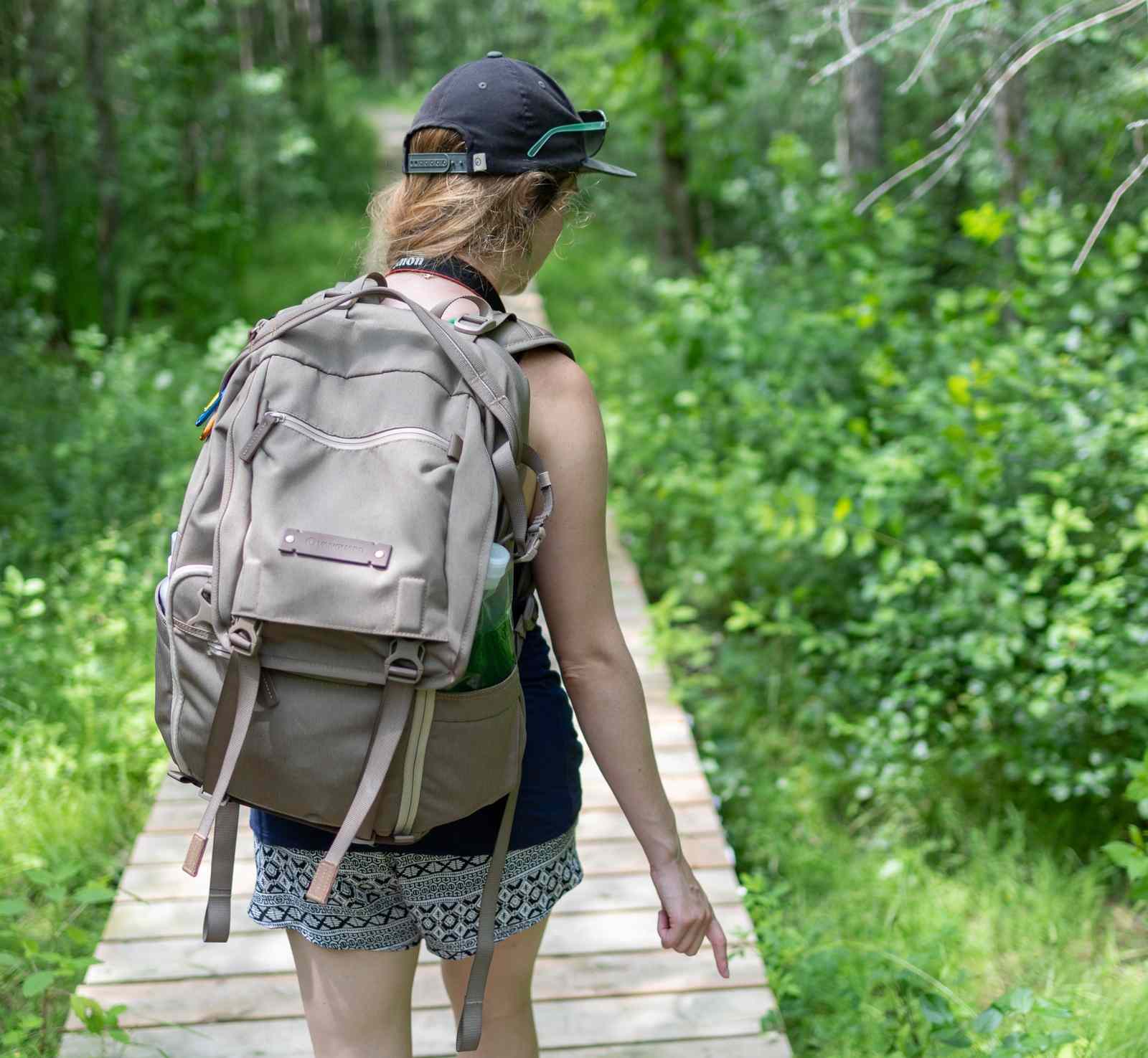 Presqu’ile has many hiking trails that run throughout the park. Tall, dense deciduous trees grow in the drier areas of the park. Photo Credit: Graham Perry

We spent a morning hiking out to the iconic 19th century lighthouse on the tip of the peninsula, the 2nd oldest operating lighthouse in Ontario. The trails were narrow, fully immersing us as we wound through the tall maples, hemlock, and birch trees.

The bright white lighthouse and the interpretive centre were full of stories about the history of the area, including the shipwreck of the HMS Speedy in 1804 and the peninsula’s role in concealing rum-runnner’s boats during the American prohibition. Consistently high water levels are changing the landscape of the Great Lakes, affecting fragile ecosystems and the places people use for recreation. Photo Credit: Graham Perry

Flooding has been on the mind of Ontarians lately, especially in the hardest hit areas such as the Ottawa-Gatineau region and the Toronto Islands community. Being on Lake Ontario, Presqu’ile was no exception. The afternoon was spent exploring the rest of the park and spending more time by the water. The beach was noticeably smaller than it should be, with the water levels creeping up the shore. The marsh boardwalk was closed completely due to the high water levels.

A kitesurfer stands on one of the beaches at Presqu’ile Provincial Park, observing the water. Photo Credit: Graham Perry

Nevertheless, families and groups of friends swarmed the beach, enjoying the cool freshwater on a hot Saturday afternoon. Kite surfers took advantage of the steady wind as a new weather system moved in.

Back at the campground, we spent time near the rock beach by our campsite to cool off. The first few steps were rocky, but faded into smooth sand further out. The water wasn’t warm by any means, but it was perfectly refreshing on a hot afternoon.

So, yeah, you can swim in Lake Ontario. And it’s Great.