Have you been longing for an island getaway this summer? Is Hawaii too expensive? Not particularly in the mood to endure an eight hour flight? Well, if you’re able to get to the Toronto area, we have the perfect summer getaway for you.

How does a scenic fifteen minute cruise in a ferry across Toronto’s panoramic harbour on Lake Ontario sound? Fortunately, you need look no further than the Toronto Islands for a delightful day of swimming, sipping coconut water, and soaking up the sun on a sandy beach! (Coconuts not included) 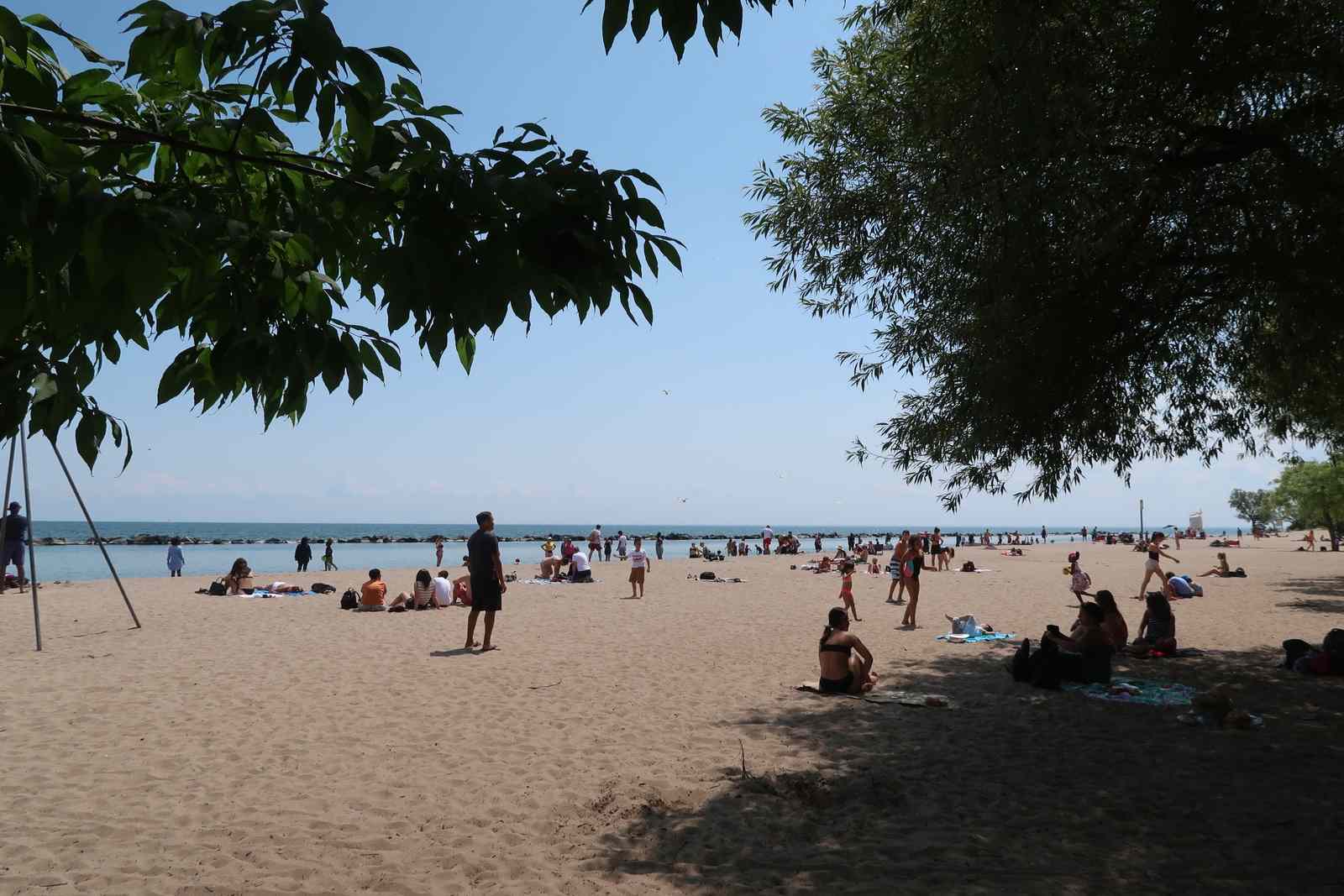 The Toronto Islands are made up of 15 islands in total, which feature many parks, beaches, yacht clubs, the grand Centreville Amusement Park, and even an airport. About 600 people call the Islands home, and the approximately 300 houses and cottages on the Islands make it the largest urban car-free community in North America.

Historically, the Toronto Islands have been home to the Anishinaabeg peoples. They referred to the then peninsula as ‘Island of Hiawatha’ or ‘Menecing,’ meaning "On the Island" in Ojibwe. The land is sacred to the Ojibwe and their descendents, the Mississaugas of the Credit First Nation, and is still renowned for the healing qualities of the environment. 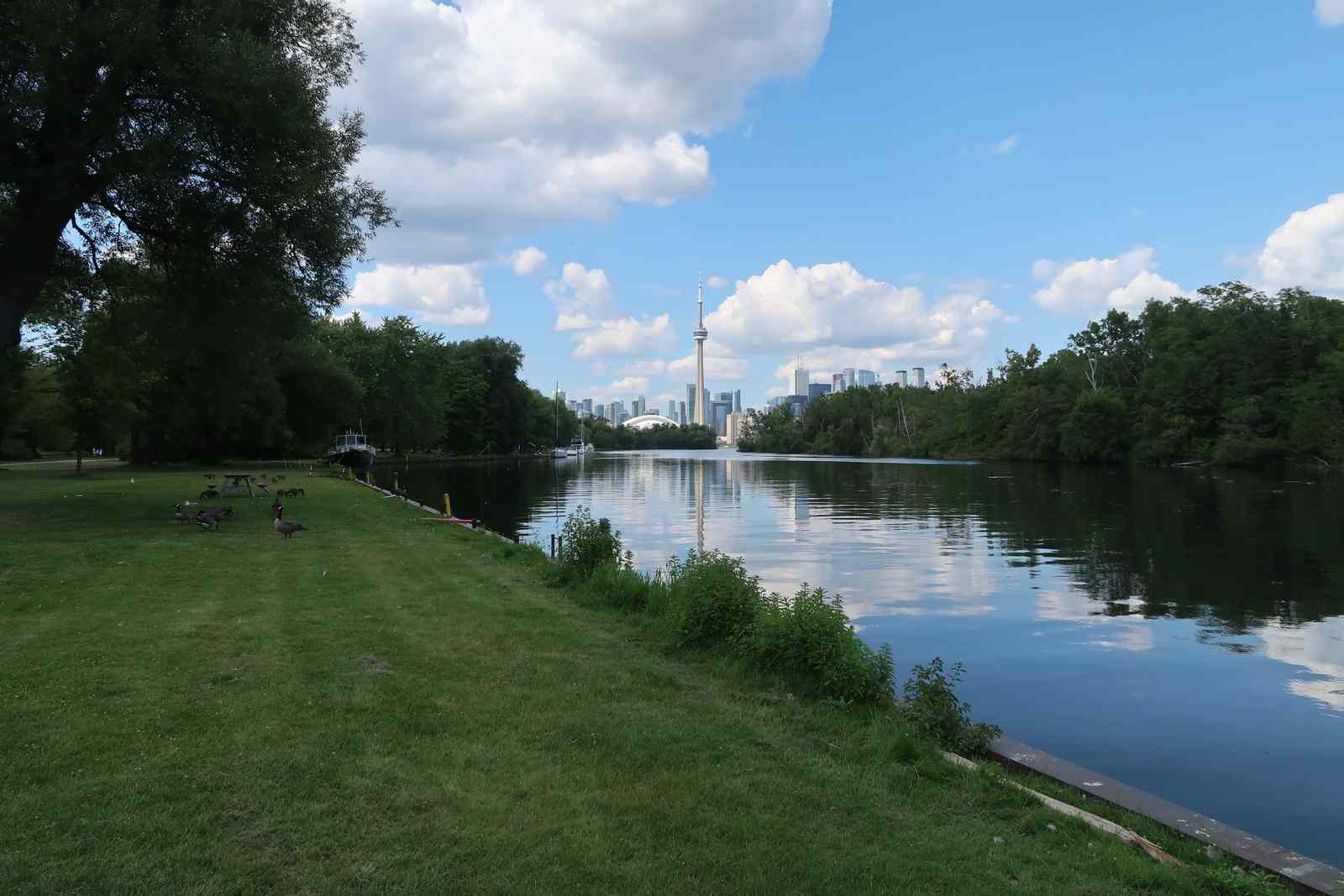 Today, the Islands are a popular spot for Torontonians and tourists alike to congregate and take part in a variety of recreational and leisure activities. The Islands are anexceptional way to experience Lake Ontario.

Get acquainted with the waters of Lake Ontario

Go for a dip at one of the many swimming beaches on the Islands such as Centre Island Beach, Manitou Beach, Gibraltar Point Beach, Ward's Island Beach, or Hanlan's Point Beach (clothing optional there). 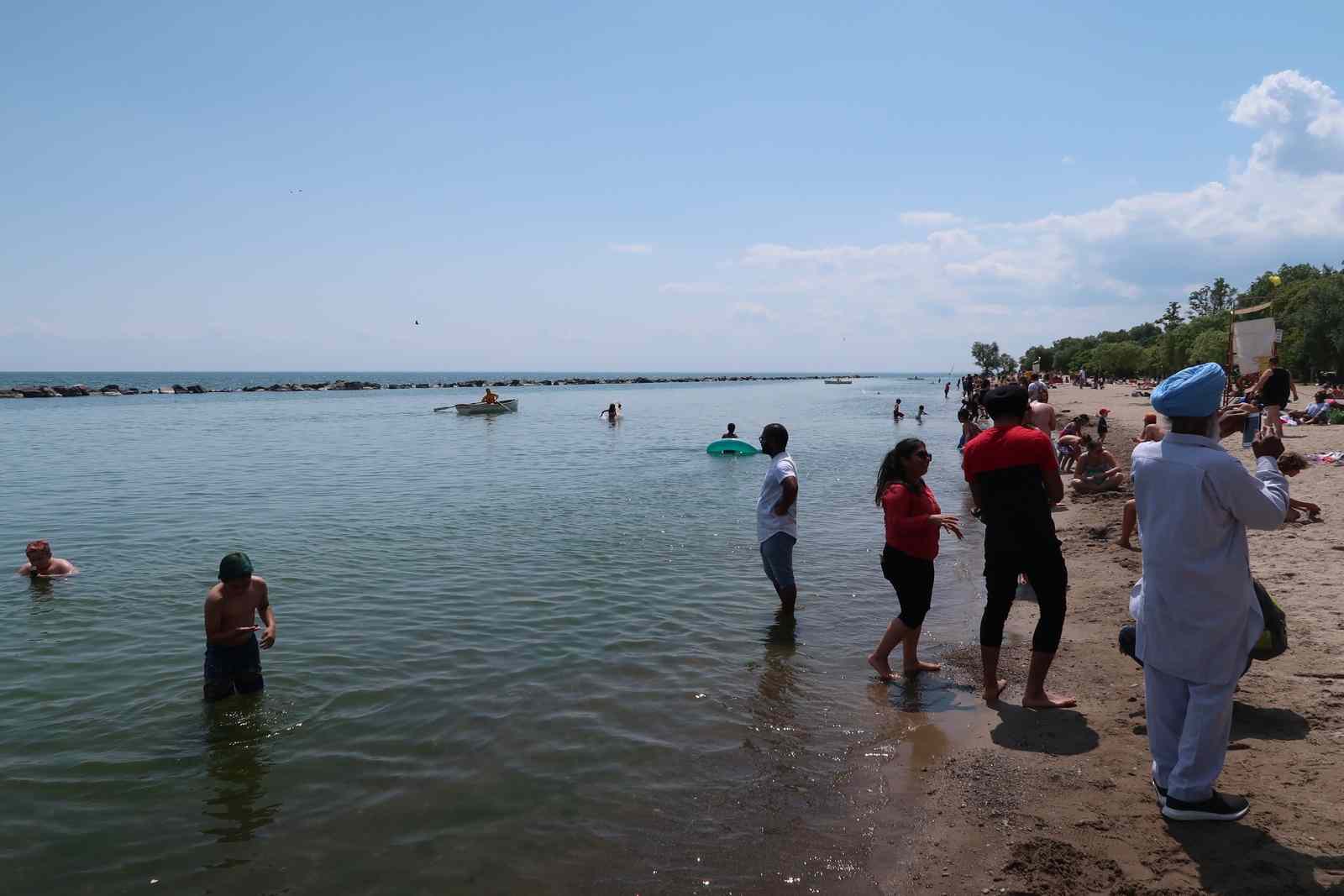 Exploring the Islands from the surface of the water is another way to soak up the natural beauty of Lake Ontario. Stand up paddleboard along the lagoon on Ward's Island, or learn to sail at the Toronto Island Sailing Club. Canoes, kayaks and paddleboards are available for rent at The Boat House by the Centre Island Dock. Paddling offers unmatched views and photo ops of the islands, Lake Ontario, and the Toronto skyline. 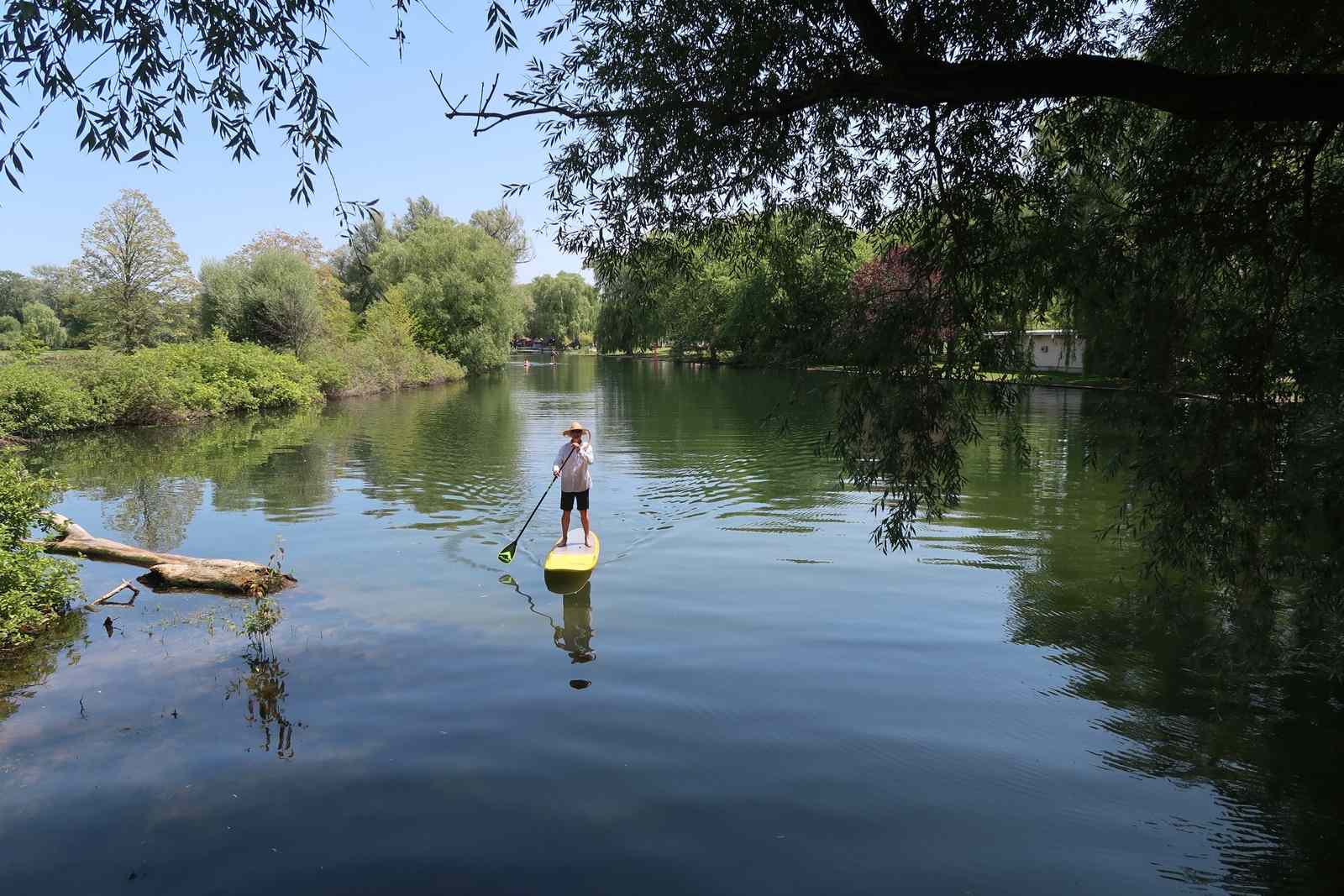 If you have a license, you can also fish on the Islands. The Island’s waterways make for excellent fishing. You may catch great northern pike and carp in Centre Island’s Long Pond, or sunfish and perch in the channel between Ward’s Island and Algonquin Island.

Tour the Islands on foot (or wheel)

Forgot your swimsuit? Not to worry. The Islands offer plenty of action touring the waterfront by land. Walk from one end of the Island to the other, approximately 5 km from Ward's Island to Hanlan's Point, or hike the Toronto Islands Trail, which is a 14 km out and back trail suitable for hikers of all skill levels. 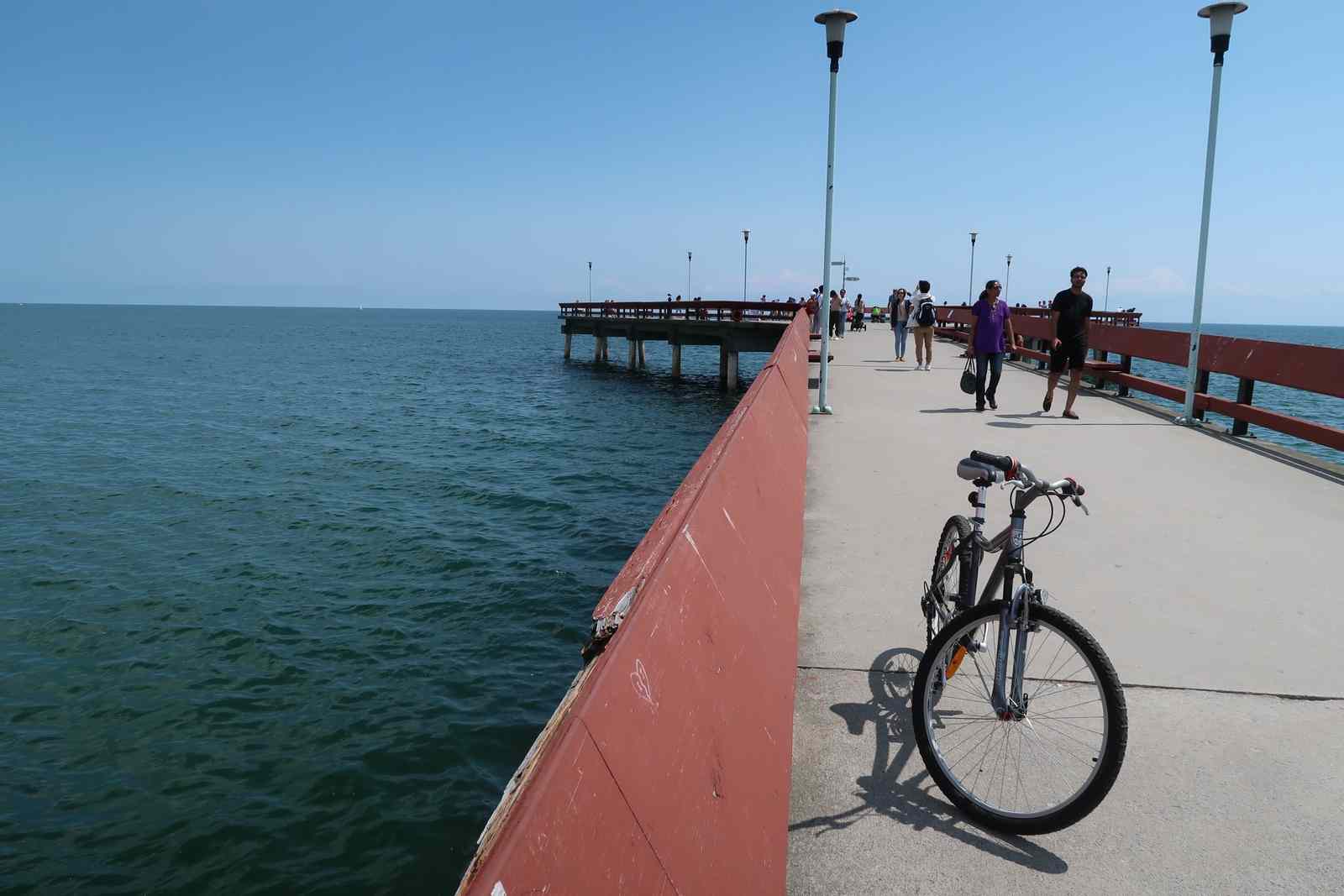 You can rent a bicycle or quadricycle at Toronto Island Bicycle Rental or use the public bicycle sharing station at Jack Layton Ferry Terminal. There are also many sports facilities on the Islands, like the tennis court on Hanlan’s Island and the soccer field on Ward's Island, in addition to the volleyball nets which can be found on many beaches.

If you’re looking to relax rather than get your heart rate racing, Centre Island, Olympic Island, and Hanlan's Point are great places for a picnic or BBQ, just make sure to clean up after yourself when you’re done.

After lunch, take a leisurely stroll along the Toronto Island lagoon, where you may be lucky enough to spot turtles, herons, and nesting swans. Beavers, toads, garter snakes, mink, and muskrats have also been spotted on the Islands. 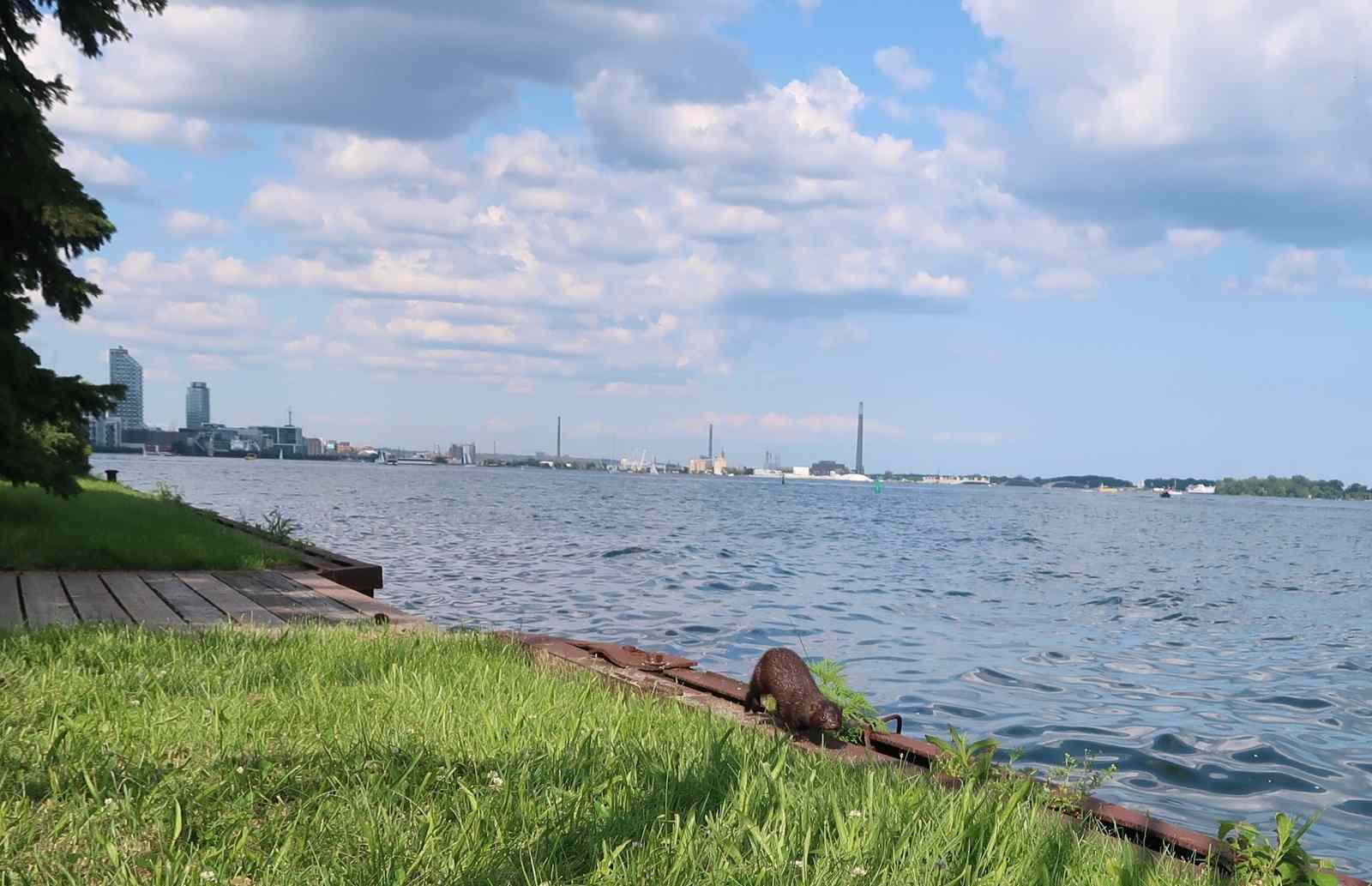 The Islands are also a fantastic place for photography. You can take stunning photos of Toronto’s famous skyline at the Lookout Toronto observation deck or from Algonquin Island Park.

Don’t miss these points of interest

Also located on the Toronto Islands is the 200 year old Gibraltar Point Lighthouse, which is the oldest lighthouse on the Great Lakes and is also one of Toronto's oldest buildings. It has been used to guide boats through Lake Ontario for centuries.

The large observation deck at the end of the Centre Island Pier is a must-visit site on the Islands. Here, you may get a sense of the magnitude of Lake Ontario. As sailboats glide by and waves crash against the shore, it’s hard to believe you’re not looking at an ocean! 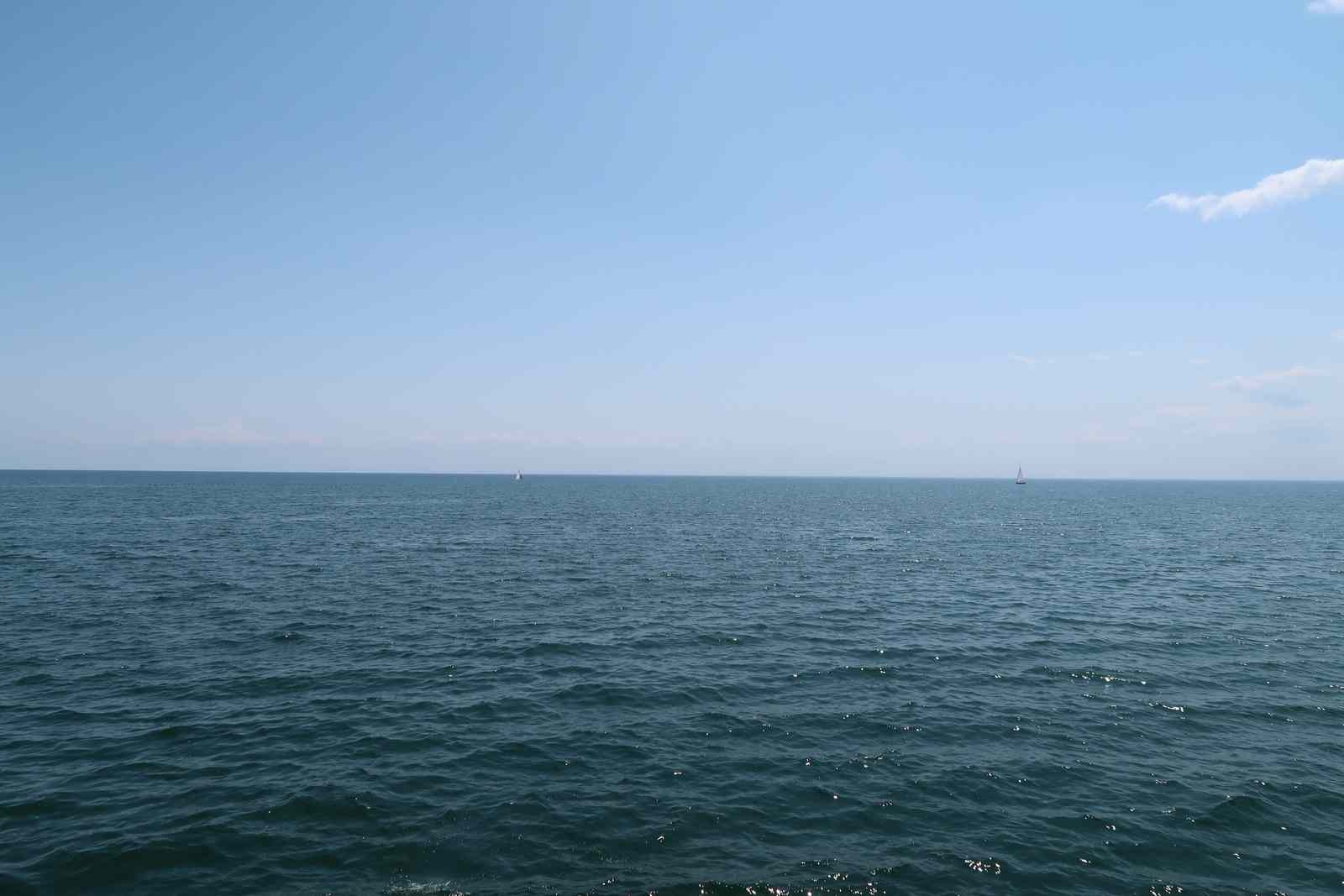 These Islands are a wonderful way to enjoy Lake Ontario, and luckily, getting to them is easy. The most common way to get to the Islands are by ferry. The Jack Layton Ferry Terminal is located between Bay Street and Yonge Street on Queens Quay. Tickets can be purchased at the terminal or bought online. Ferries go to Centre, Hanlan's, and Ward's Island, but once there, it’s easy to walk, bike, or even boat from one Island to another since they’re all connected. 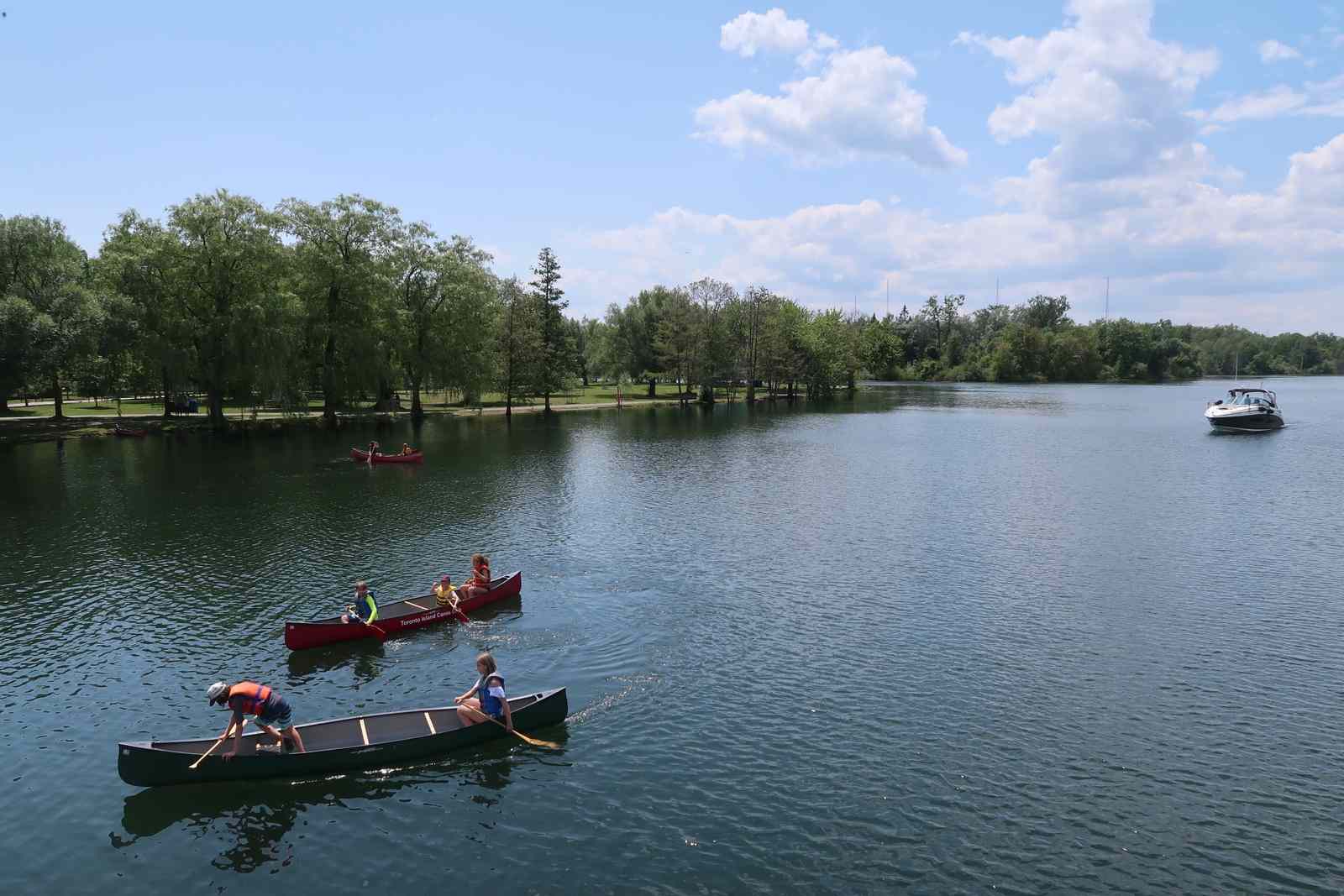 When planning your trip, you can check the ferry schedule, however, if you plan to go between mid-May and the end of September, ferries depart frequently enough that you can simply show up anytime and soon enough you’ll be on your way.

If you’re feeling brave, you can even take a kayak or canoe to the Islands at the Harbourfront Canoe & Kayak Centre.