Yes, you can see the spectacular Northern Lights in Ontario, especially the Great Lakes region. While the dancing hues will certainly be more visible in the more northern parts of Canada, it is possible to see the elusive Aurora Borealis right here in Ontario. 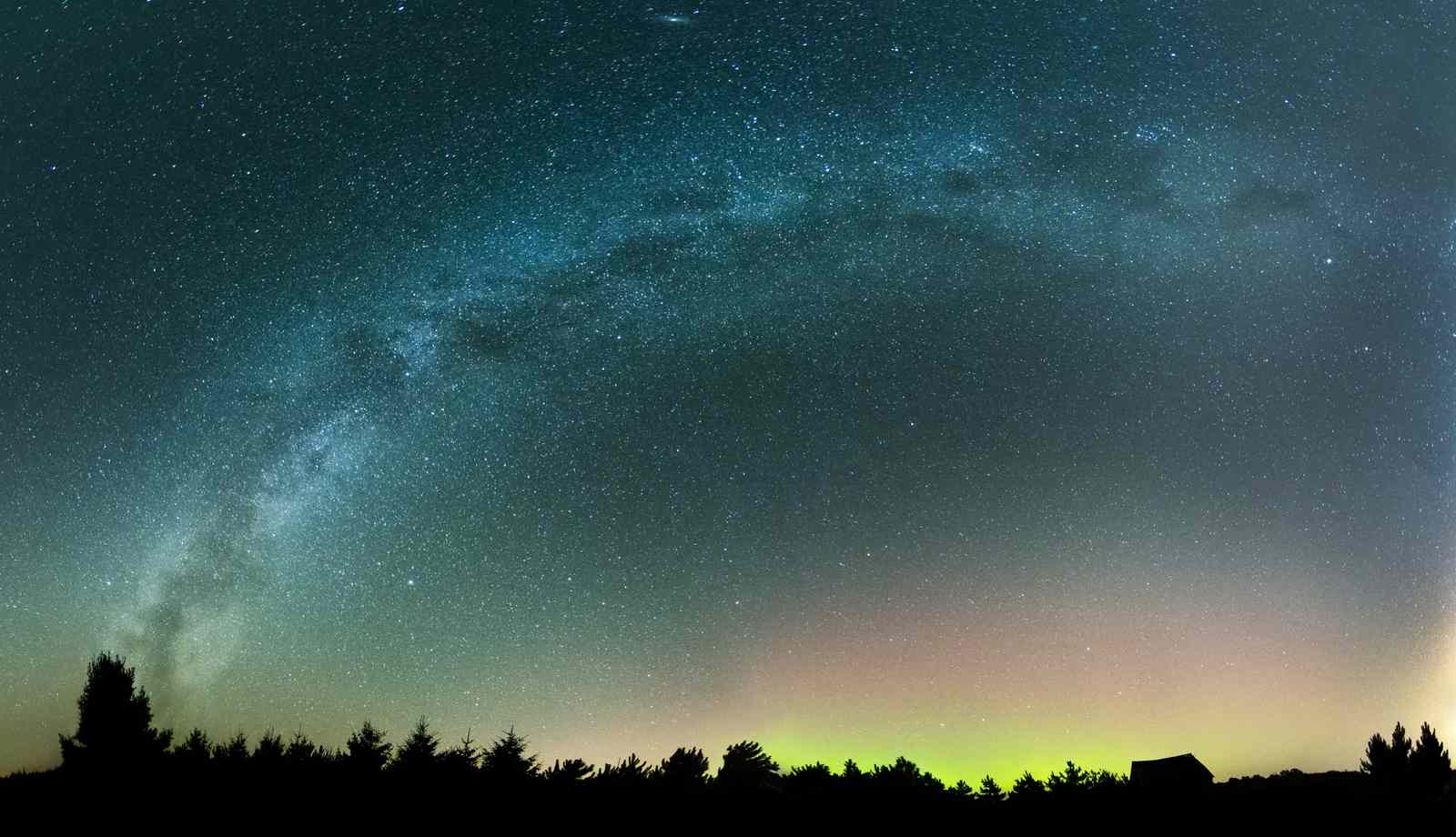 
What are the Northern Lights?

Most simply, the Northern Lights are a collision between the sun’s charged particles and the Earth’s atmosphere.

A solar wind brings charged particles from the sun into the Earth’s atmosphere. These particles react with the oxygen and nitrogen in our air, causing the eerie glow and dancing array of colours that light up the night’s sky.

This process is a result of the sun’s solar cycles, which typically last between 11 and 15 years. During these cycles, the sun’s temperature will reach a maximum, resulting in sun spots that get so hot that they explode. These explosions cause arrays of charged particles to enter the solar system, many of them finding their way to Earth. 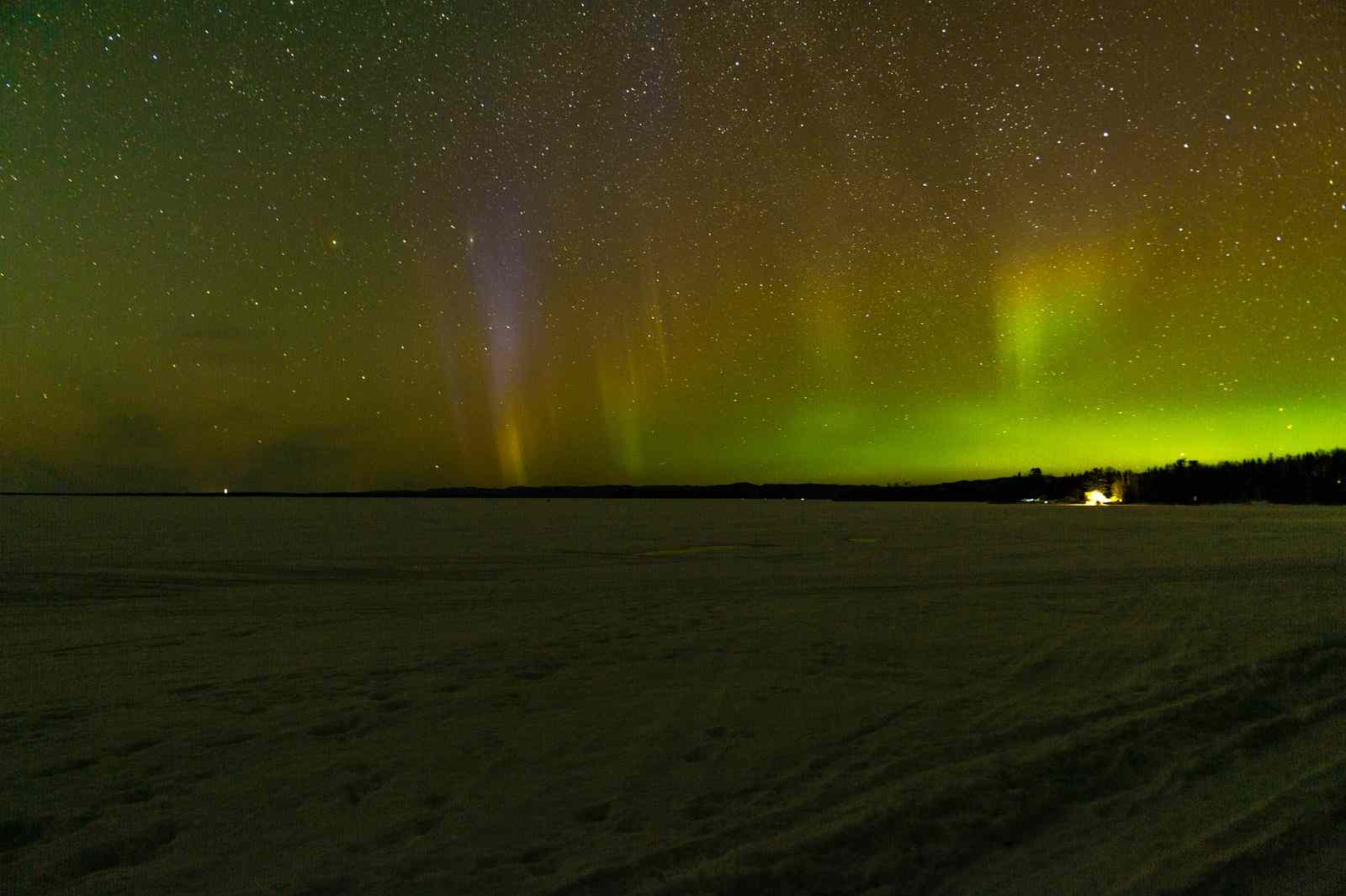 Charged particles will be released throughout the sun’s solar cycle, but will be strongest at the peak. Peak years mean a higher chance of seeing the Aurora Borealis.

Where to see the Northern Lights in Ontario

Of course, the more north you are, the greater your chances of seeing the Northern Lights.

Fall and winter are the best times to see them, with their darker days and chilly nights. Prime viewing times tend to fall between 11pm and 3am and clear, cloudless skies are best. You also need to be far away from any city lights. 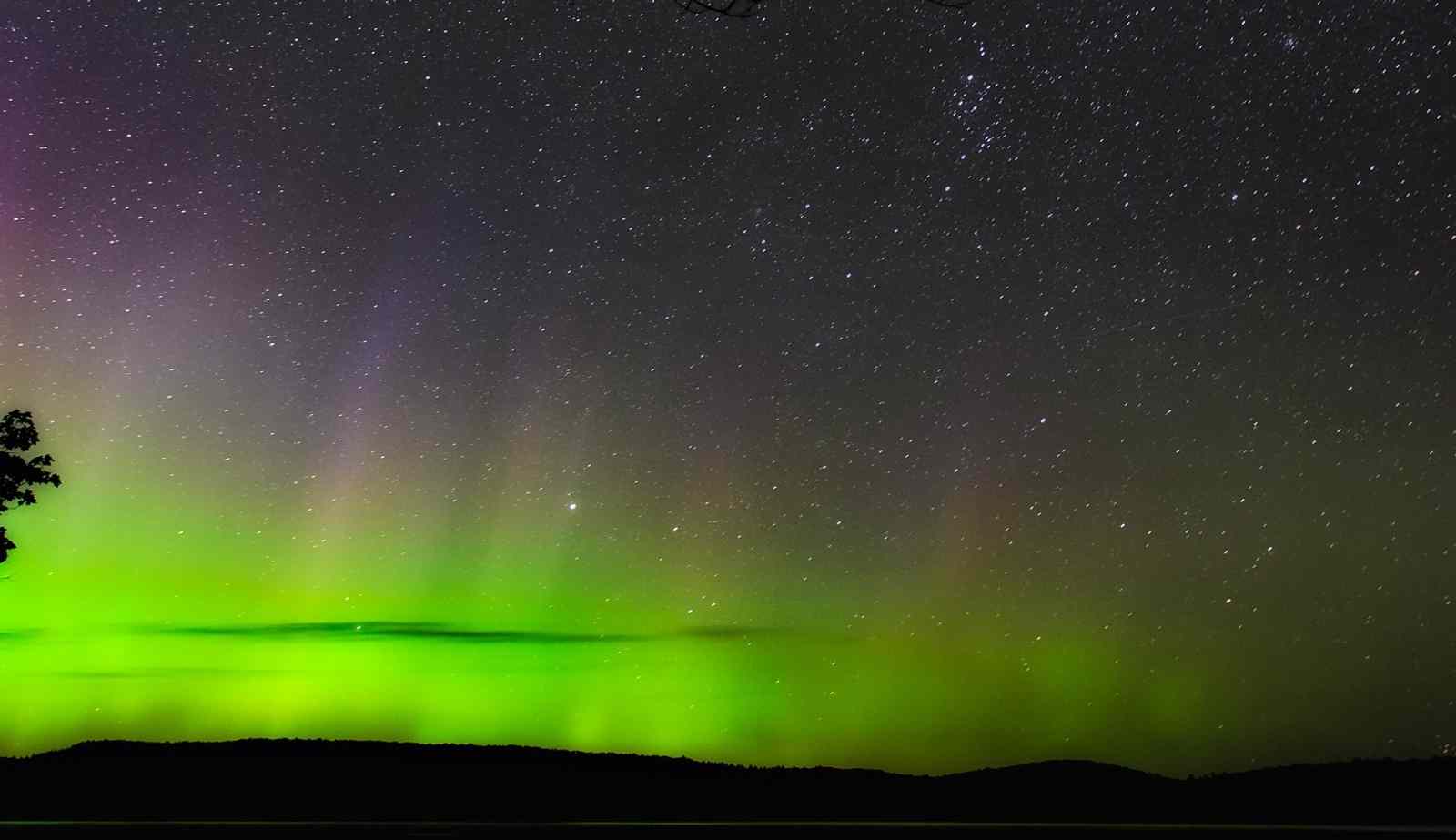 
Best places to see the Northern lights in the Great Lakes region that we'd like to recommend are: 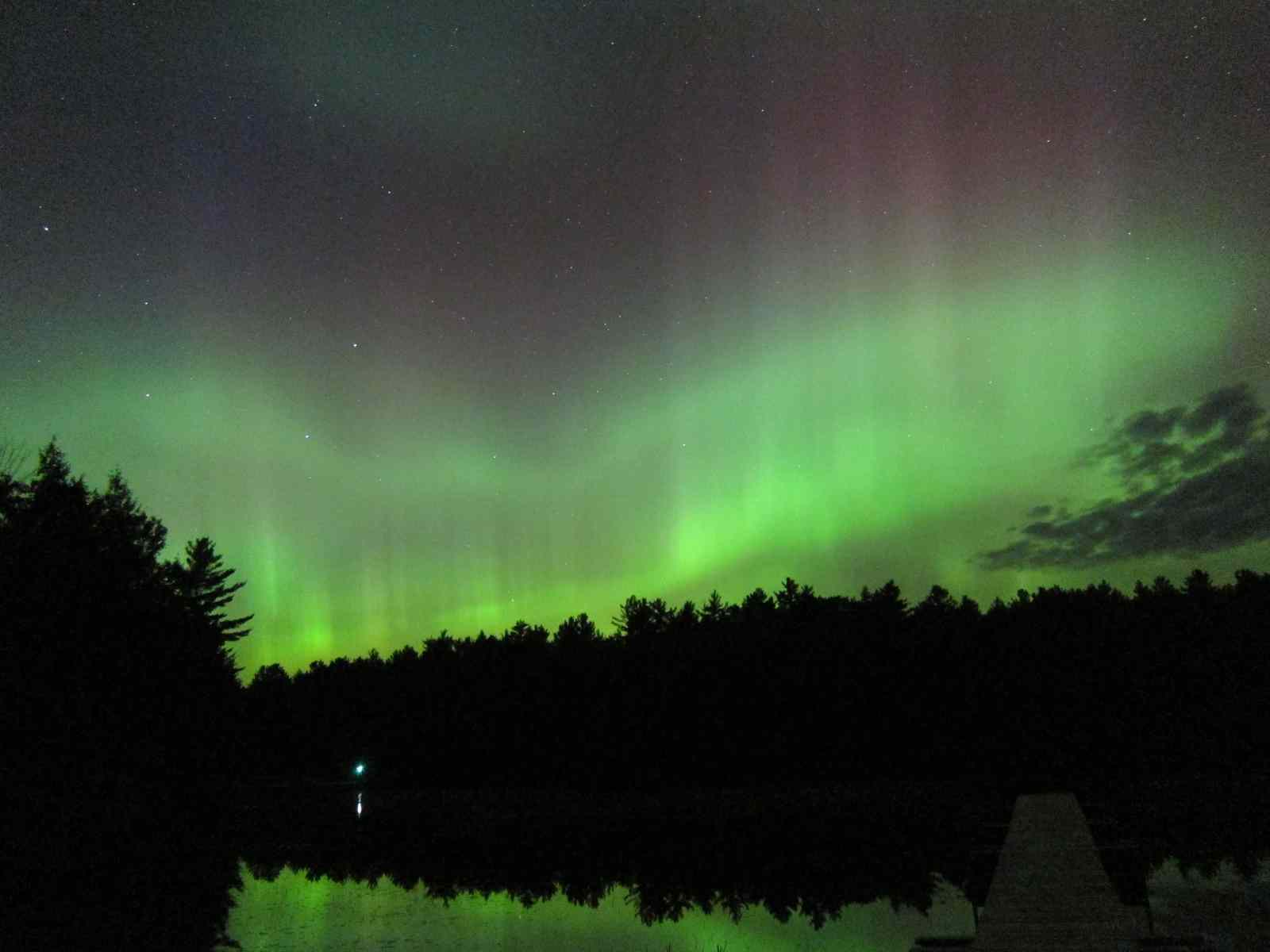 If you do head out to these areas and don’t happen to see the Northern Lights, you will still be treated to spectacular views of the night’s sky.

Some of these locations are Dark Sky Preserves, which are areas that actively work to reduce light pollution. On clear nights, you will be able to gaze upon the Milky Way, wish on shooting stars, and marvel at our galaxy. 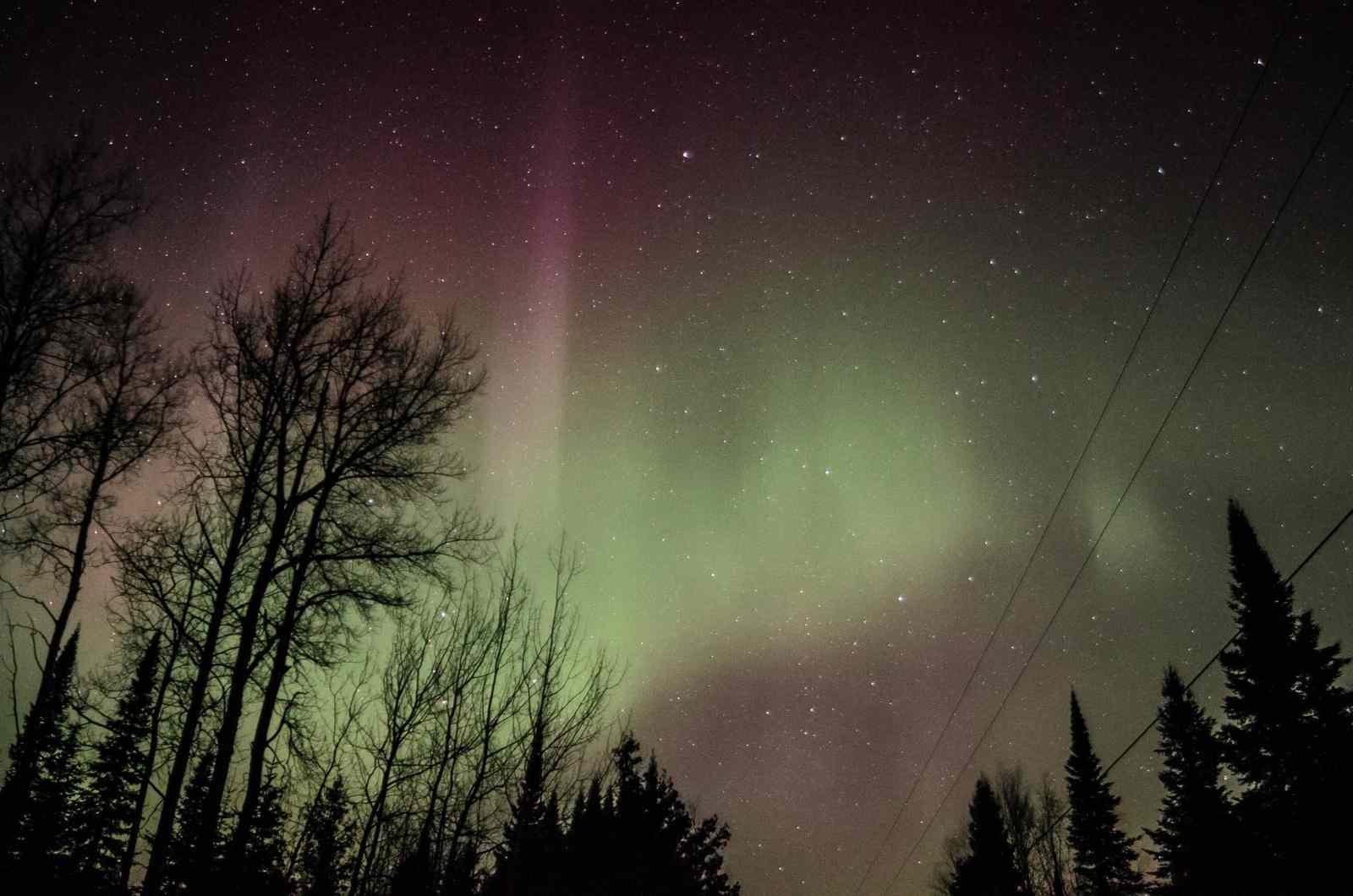 
How to photograph the Northern lights:

Photographing the night’s sky can be tricky. But with patience and the right camera settings, you will be capturing shooting stars and Northern Lights in no time. 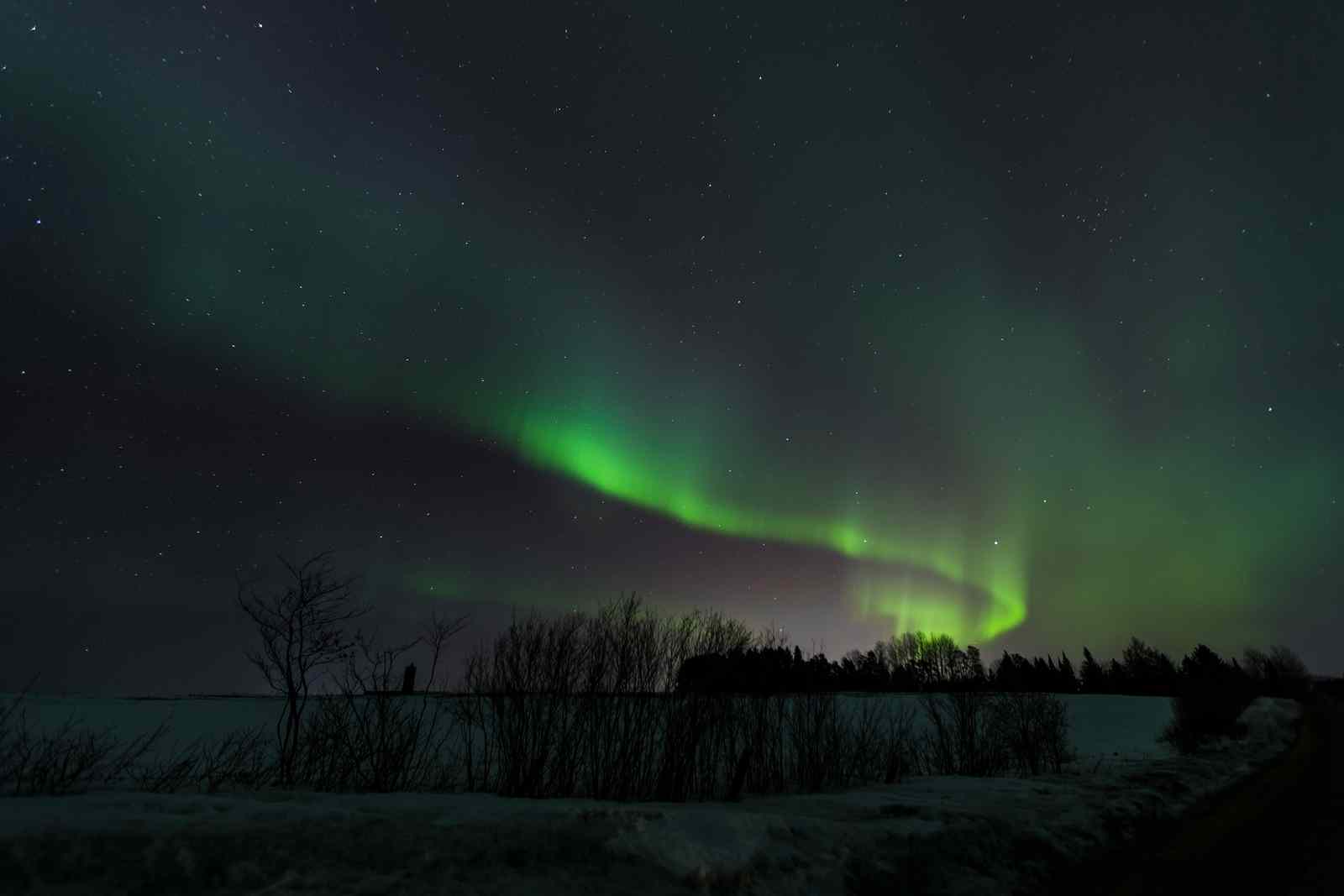 
Other useful resources to help you spot the Northern lights

For up-to-date aurora forecasts, check out spaceweather.com. Look at “Current Conditions” and search for “X Class Flares” to see what your chances are of spotting the Lights.

To find other dark sky spots, check out darkskyfinder.com.

To find areas to avoid due to high light pollution, look at lightpollutionmap.info.

For information on what constellations to look for each month, take a look at space.com.