Images are a timeless and universal language—gazing up at the canoes, moose, monster, and human forms depicted on Agawa Rock in Lake Superior Provincial Park, you know that to be true.

The pictographs on Agawa Rock, just west of the Agawa River along the east bank of Lake Superior, were created somewhere between 150 and 400 years ago. Most of the paintings date back to the 17th or 18th centuries.

The rockface is 15 storeys high and is composed of white crystalline granite. The lightly coloured granite beautifully showcases the reddish colour of the pictographs, which have been painted in animal fats and hematite (the mineral form of iron oxide, the oldest known iron oxide mineral on Earth!). 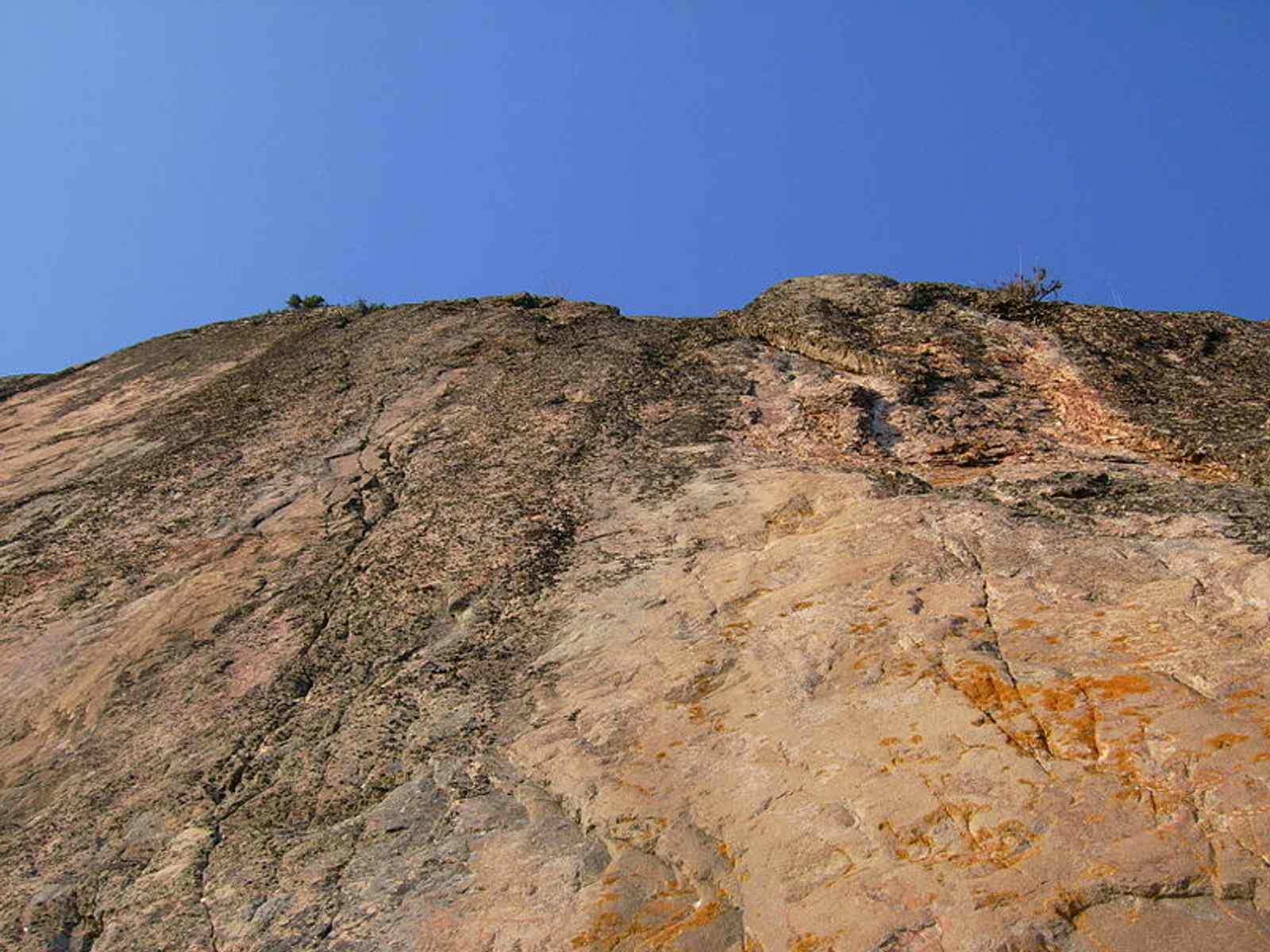 The Agawa rock pictographs have long-withstood sun, ice, and waves. Over the years, erosion has caused rocks to fall and the paintings to become fainter. As water levels rise, the rock shelf below the paintings narrows. Climate change has increased the extreme weather events that can speed up erosion.

Find 7 things to do on the Great Lakes while you still can. 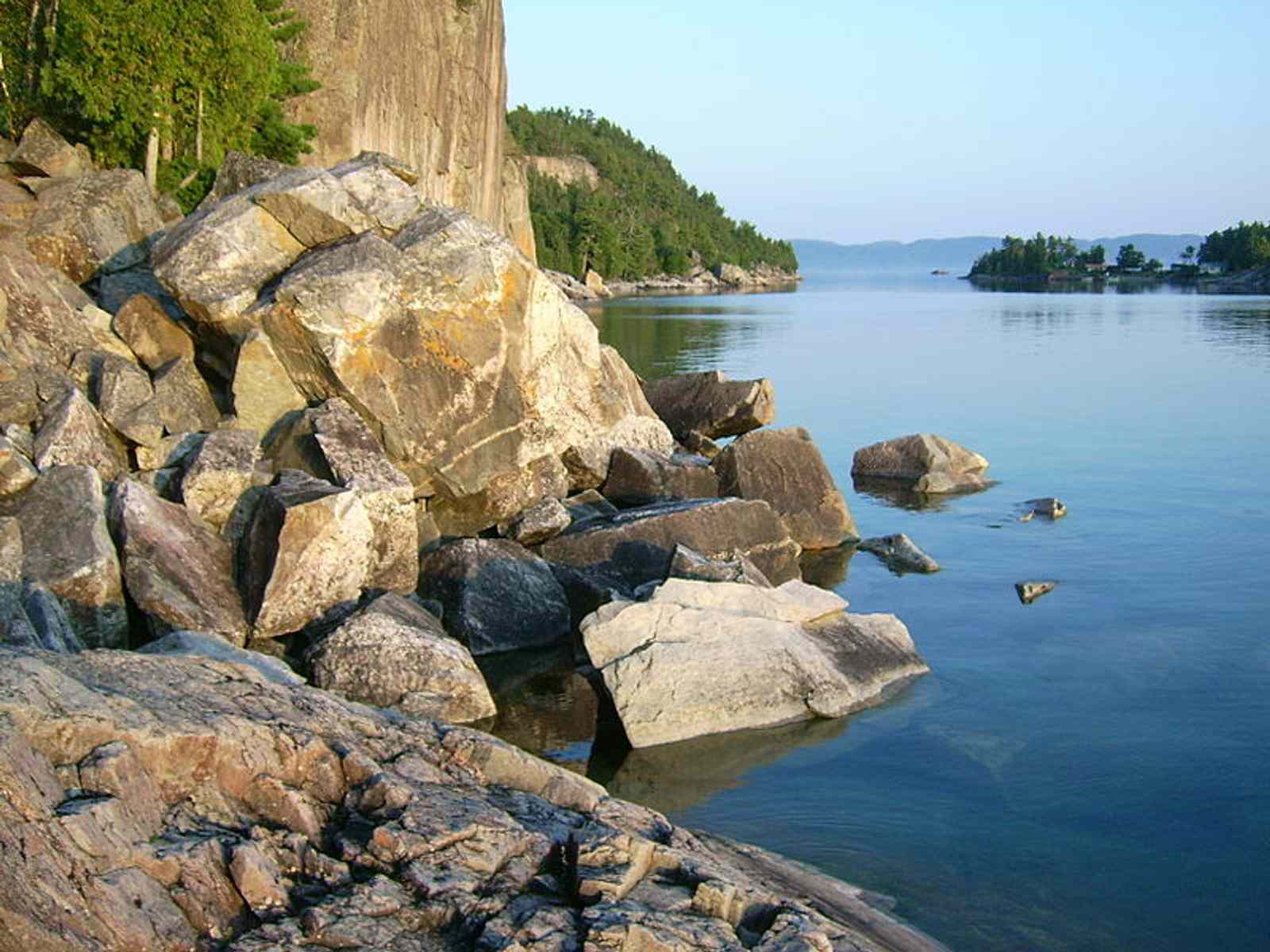 These traces of history were created by the Ojibwe people.

In fact, some believe that the name “Ojibwe” is derived from the phrase “ozhibii'iwe,” which means "those who keep records of a Vision.” In Ojibwe, the area’s name is “Mazinaubikiniguning,” which translates to "the adorned rock on Agawa Lake."

Agawa Rock is one of the most well known and most often visited sites for viewing Indigenous archaeological pictographs. 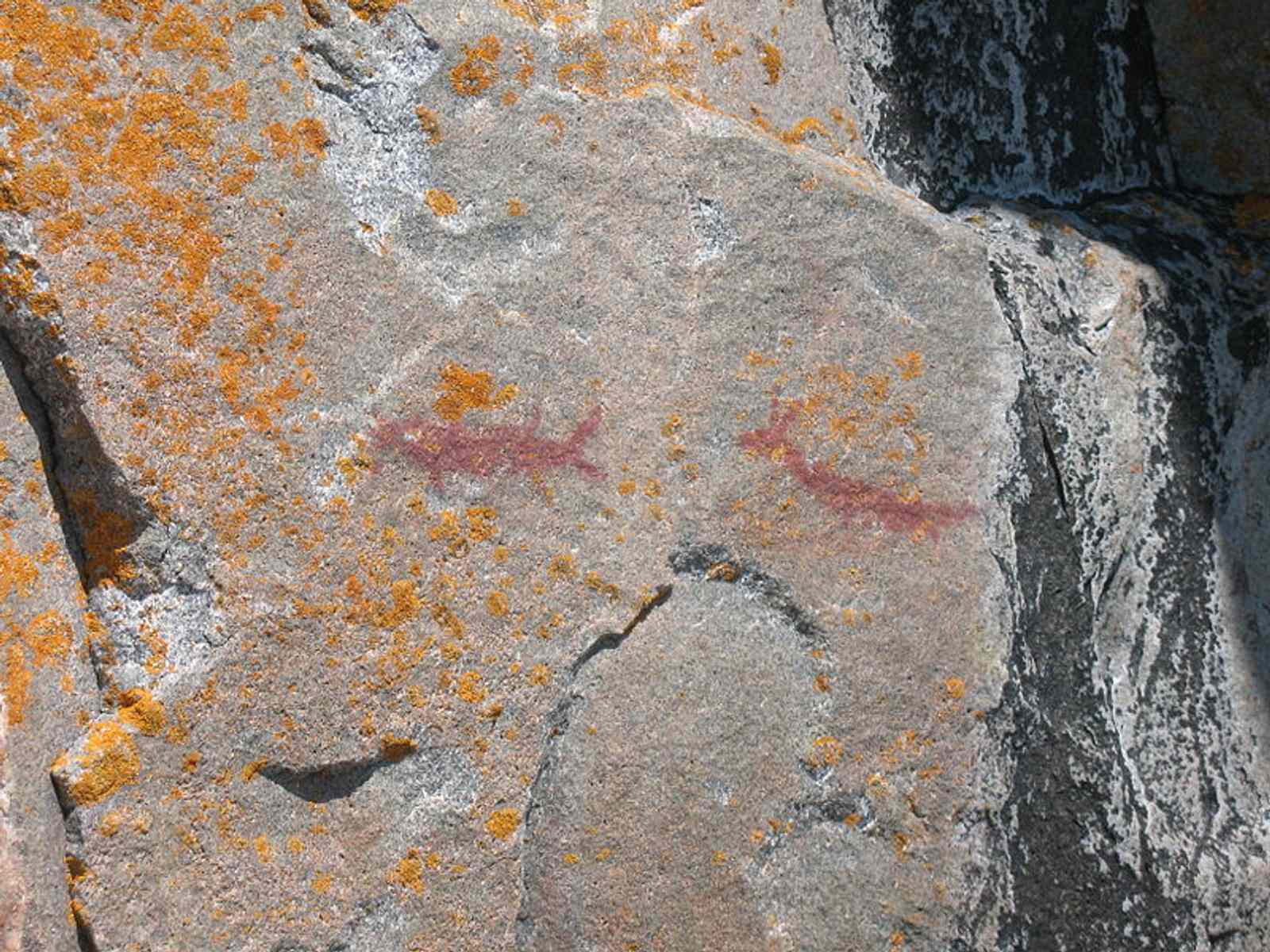 Portrayed on the granite, figures of myth mingle with illustrations of animals such as bears, eagles, turtles, horses, and caribou, as well as everyday objects like drums, canoes, and paddles. Some pictographs are small, and are only 5 centimetres in size.

One of the most legendary creatures that has been brought to life on the rock is Mishibijiw: ‘the Great Lynx.’ Mishibijiw (also spelled “Mishipeshu”, pictured below) is a water spirit and is the master of all water creatures. Mishibijiw has the features of many different animals such as cougar, deer, bird, and snake. 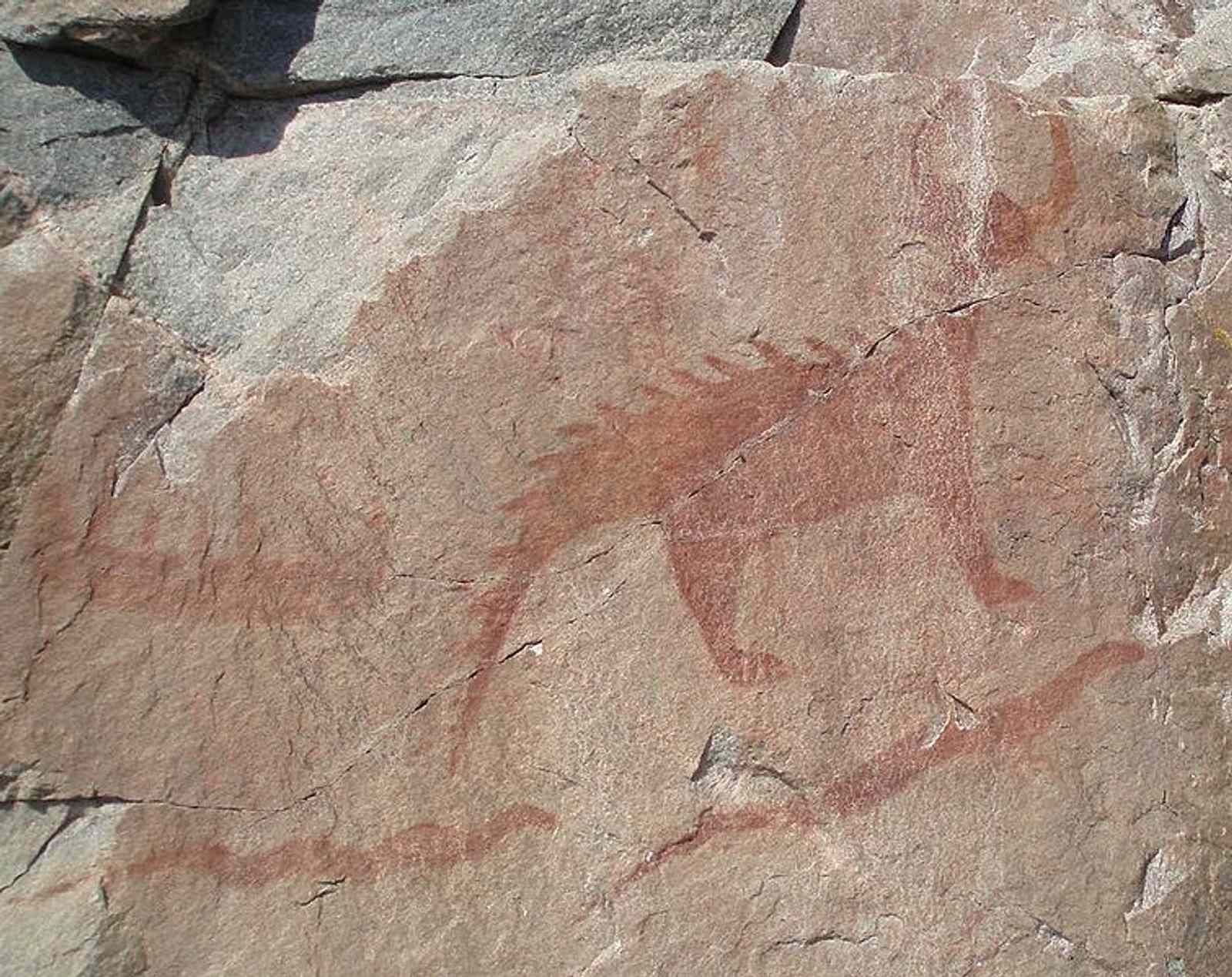 The pictographs are accessible by trail, but some can only be seen from the water, so it’s also worth bringing a canoe or kayak to the launch at Sinclair Cove just north of the rock to get the full experience.

It’s a wonder that these paintings have endured through the wind, sun, ice, plant life, and waves that routinely come up from Lake Superior. More than that, it’s a privilege that we are able to catch a glimpse of what life was like for the Ojibwe living in the region hundreds of years ago, that we are able to witness their dreams and visions.

Agawa Rock and the paintings on it are not only historic and archaeological treasures. They are sacred to the Ojibwe people. The images on the rock serve as a reminder that these lands have been inhabited by Indigenous people since time immemorial. The Great Lakes were called home long before the arrival of European settlers.

When you visit, make sure to treat the area with respect. Do not touch the pictographs so that they can continue to bring the past into the present for many years to come.