Twas the night before Fishmas, when all through the lake,
Not a creature was stirring, not even a Splake!

You’ve heard of the Twelve Days of Christmas… Now get ready for the 25 Days of Fishmas! What on earth is Fishmas, you ask?

This unique celebration was created by Katie O'Reilly, a PhD candidate and fish enthusiast. She started the #25DaysofFishmas hashtag on Twitter to spotlight some of the most weird and wonderful Great Lakes fish.

For these fish, there’s no place like H.O.M.E.S for the holidays. 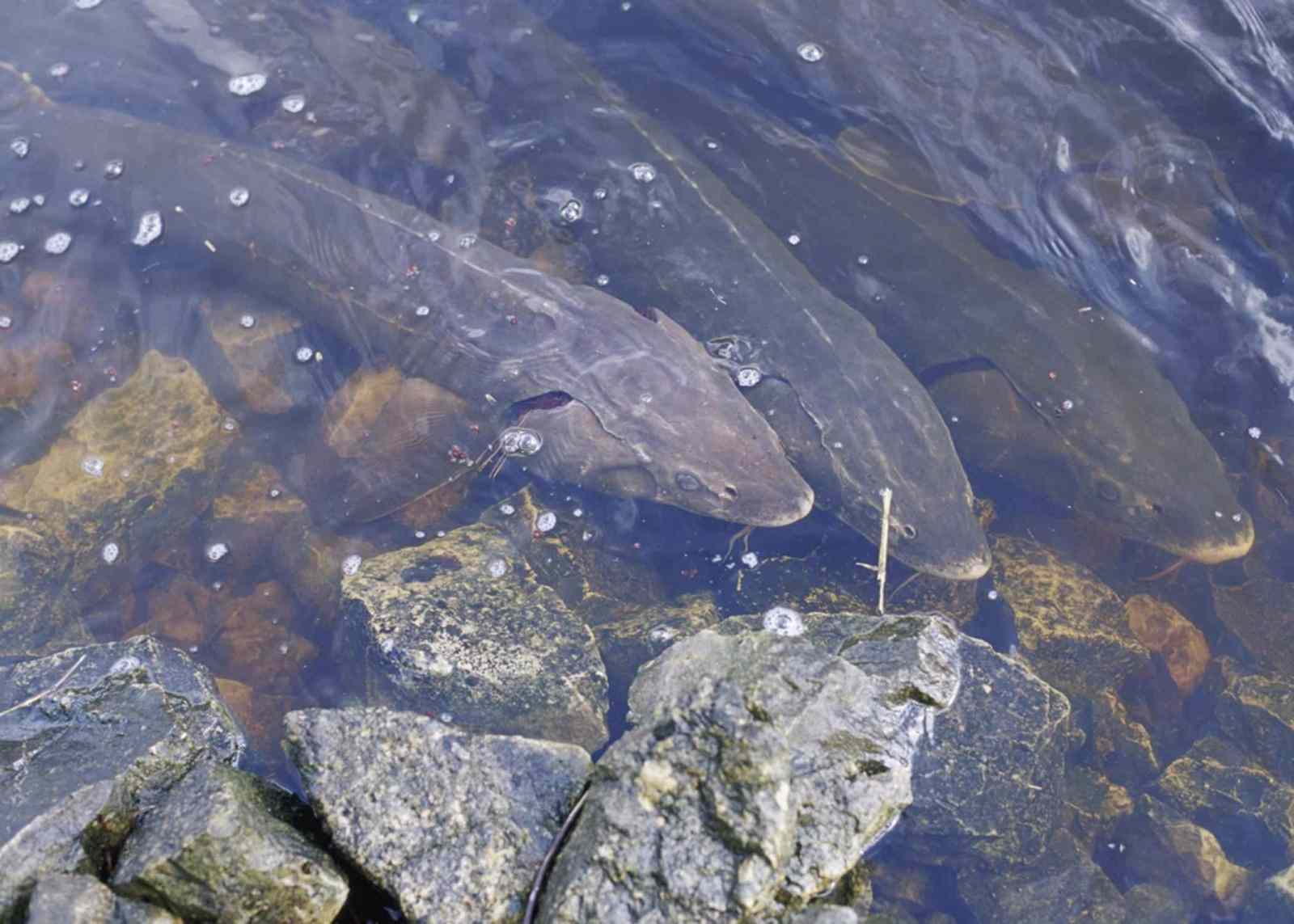 Lake Sturgeon are one of the oldest species on the planet, having inhabited the Great Lakes for 10,000 years. They belong to a fish family that dates back 200 million years—as old as dinosaurs! Lake Sturgeon can live as long as humans and they never stop growing, with some growing two meters long! 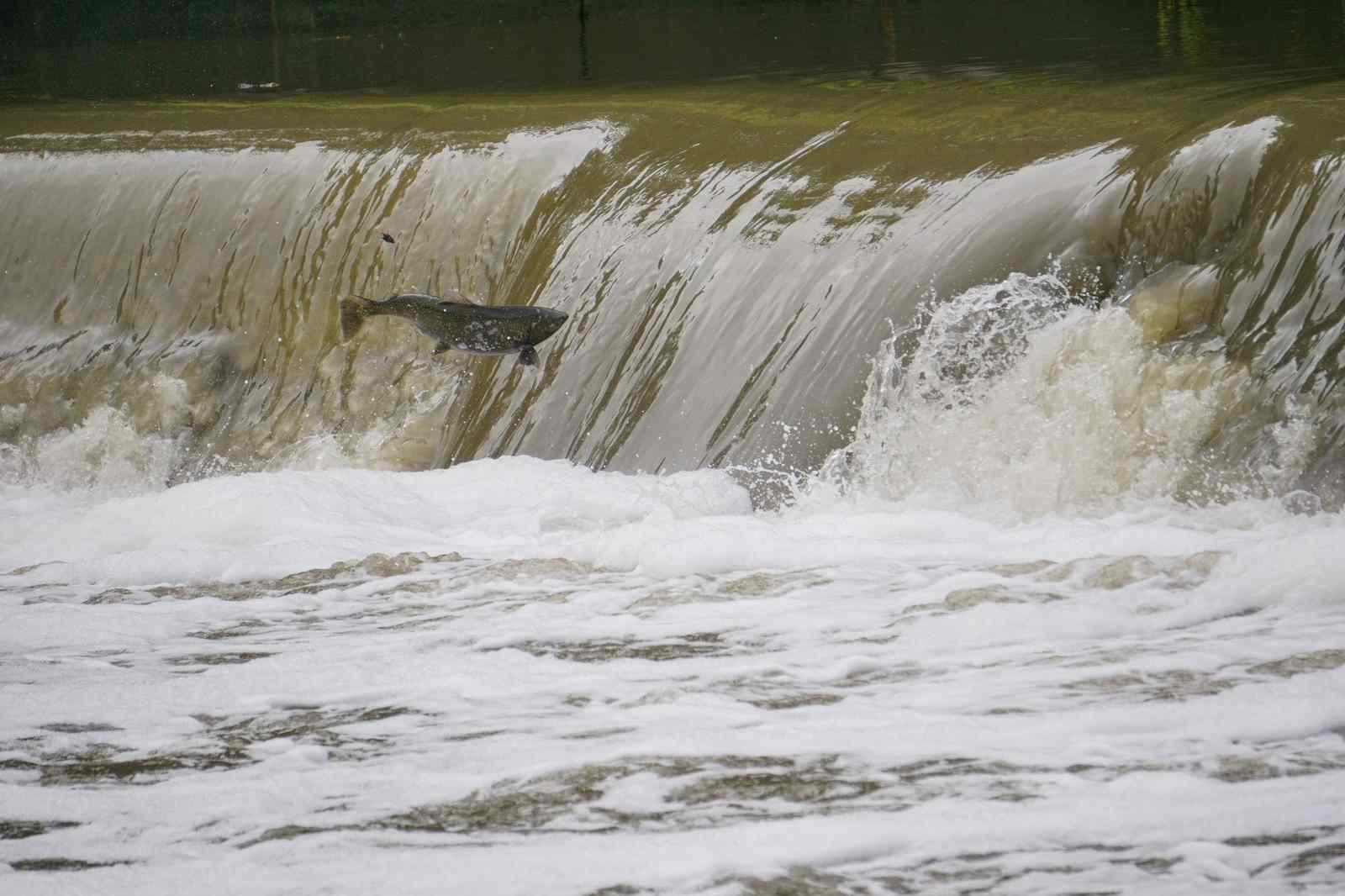 Every fall, Chinook, Atlantic, Pink, and Coho salmon migrate upstream to spawn. In fact, they travel to the same location they were born in to lay eggs! Some scientists believe they use their sense of smell to navigate, others theorize that they use the Earth’s magnetic field (much like Santa’s Reindeer, perhaps?). 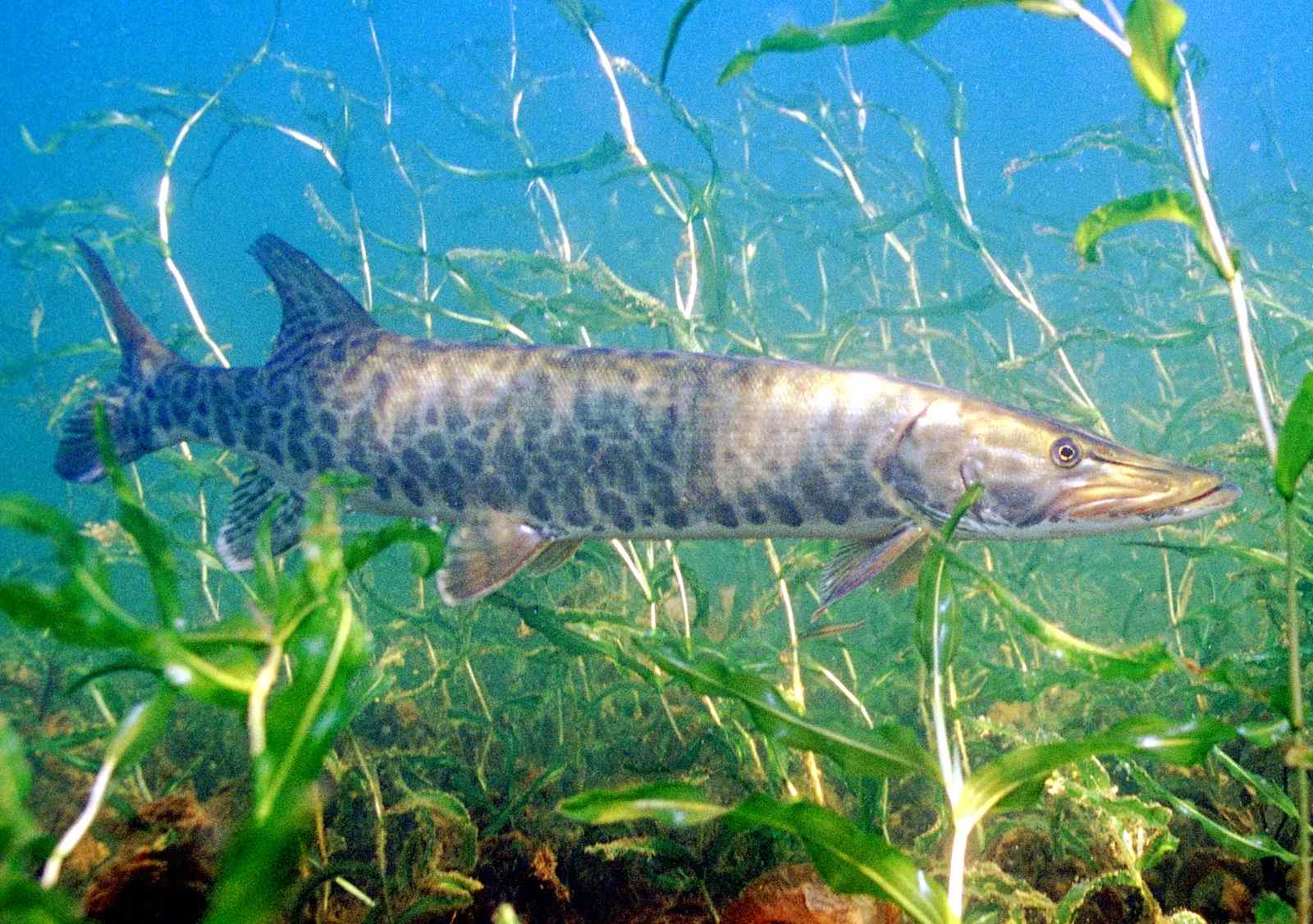 When hunting with their barracuda-like teeth, Muskellunge (or ‘Muskie’) can swim nearly 50 kilometers per hour! When they’re not hunting, though, they can be seen lazily sunning themselves on the surface of the water. 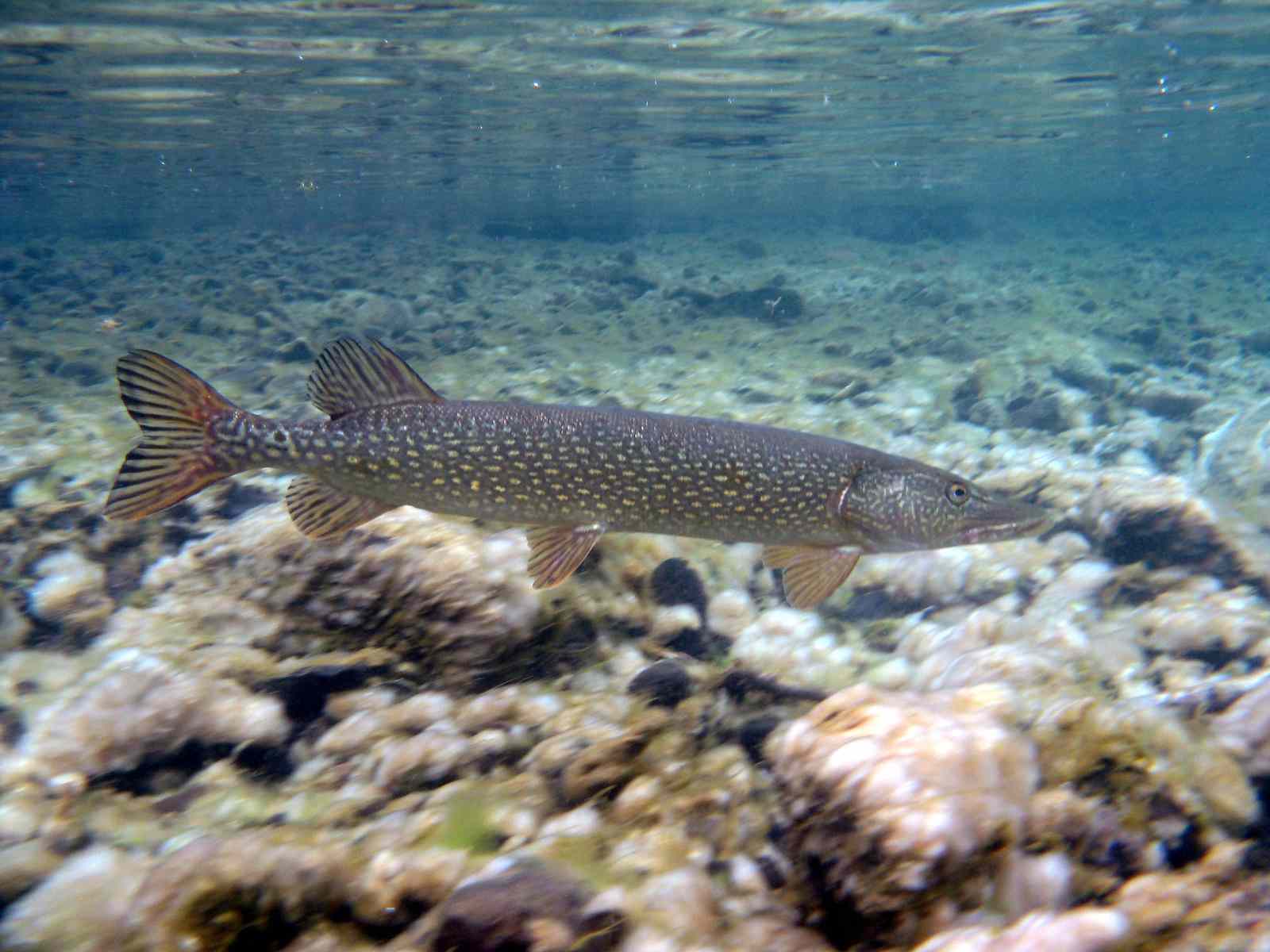 Northern Pike are often mistaken for Muskies. How can you tell them apart? Northern Pike are dark with white spots (like stars in the night sky) and they have scales on their cheeks, while Muskies have bald cheeks. 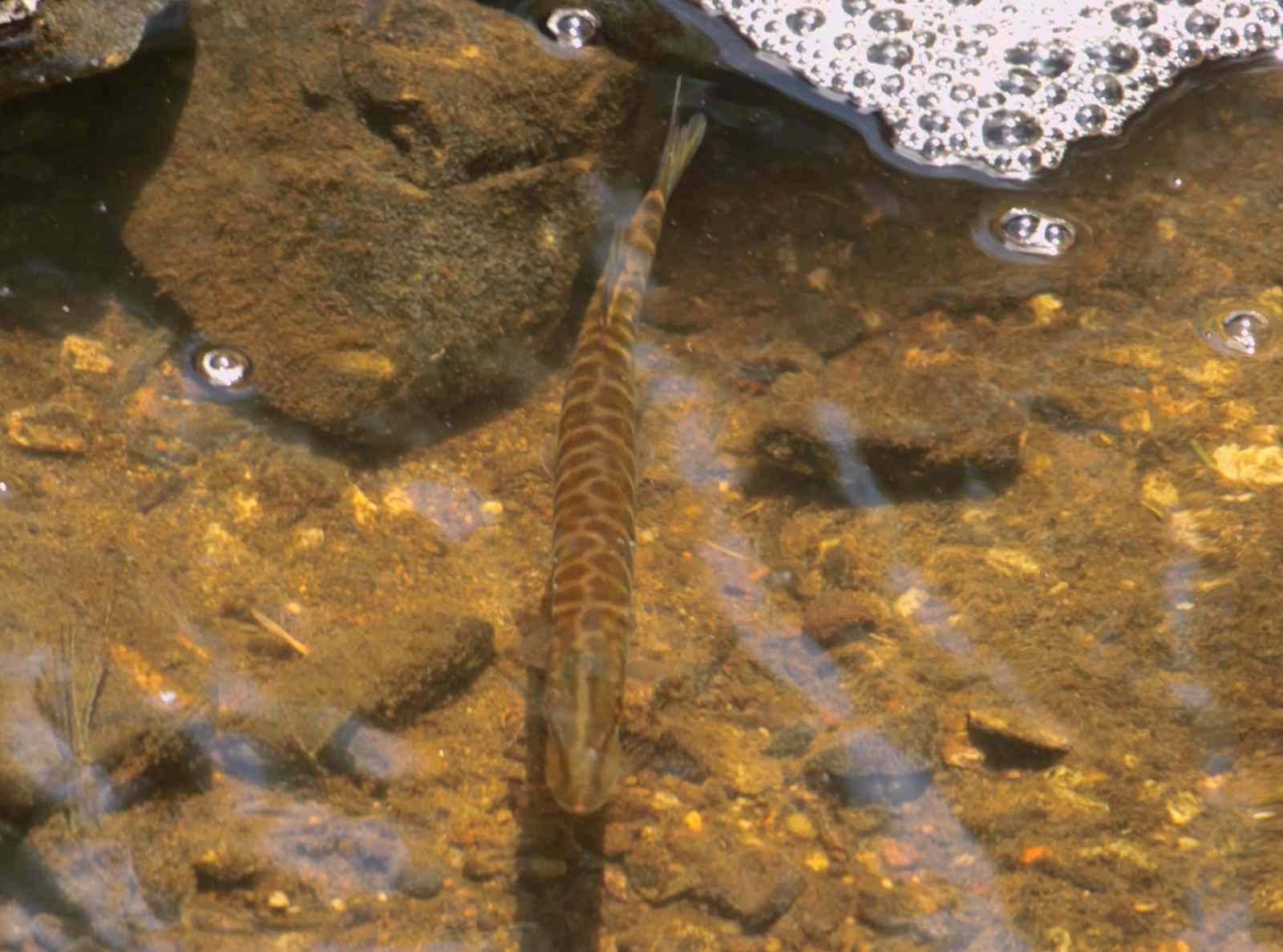 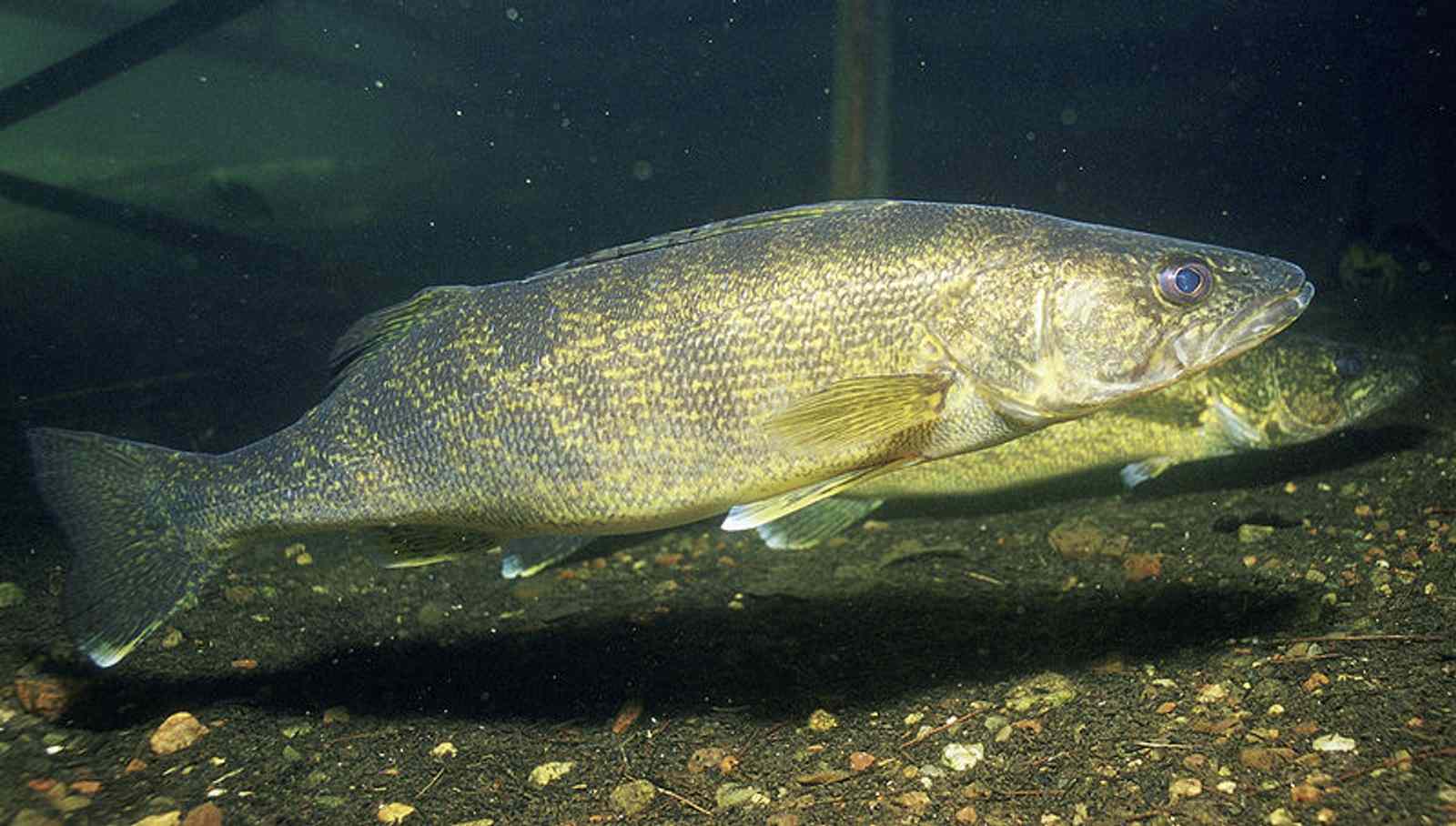 Like cats, Walleye have a reflective layer on their eyes to help them see in the dark. When they’re not in the water, their eyes look cloudy white and opaque—that’s where they get their name! 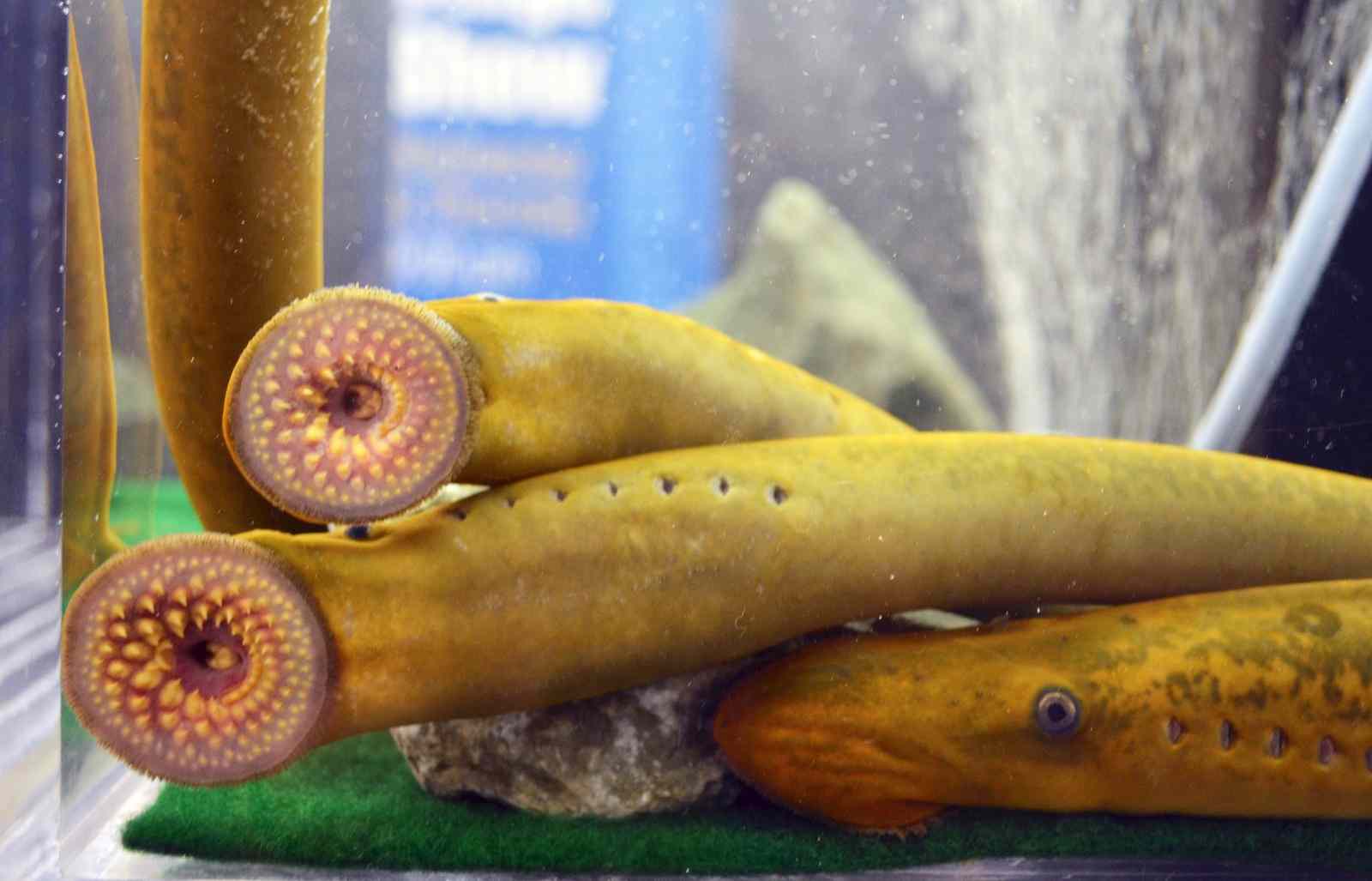 Perhaps a more appropriate creature for Halloween than Christmas, Sea Lamprey are a truly nightmarish invasive species living in the Great Lakes. These parasitic fish have rows of sharp teeth and rasping razor-sharp tongue. They have survived four major extinction events, so sadly, it looks like they’re here to stay. 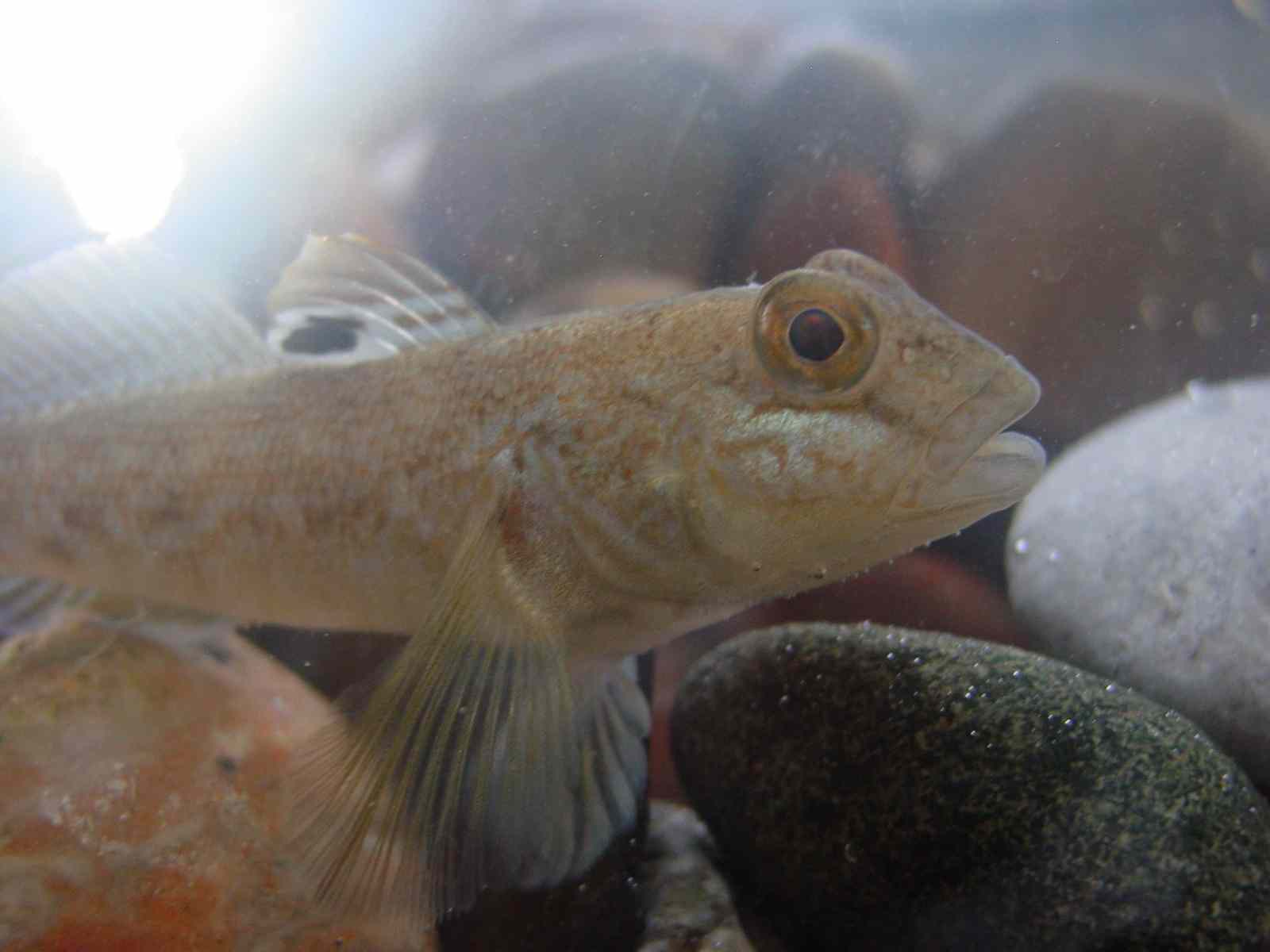 Round Goby may look cute, but these invasive fish are deadly. Scientists think they cause Type E botulism, a disease causing muscle weakness, paralysis, and eventually respiratory arrest in the unlucky fish and birds that eat them. They are definitely on the Naughty List this year. 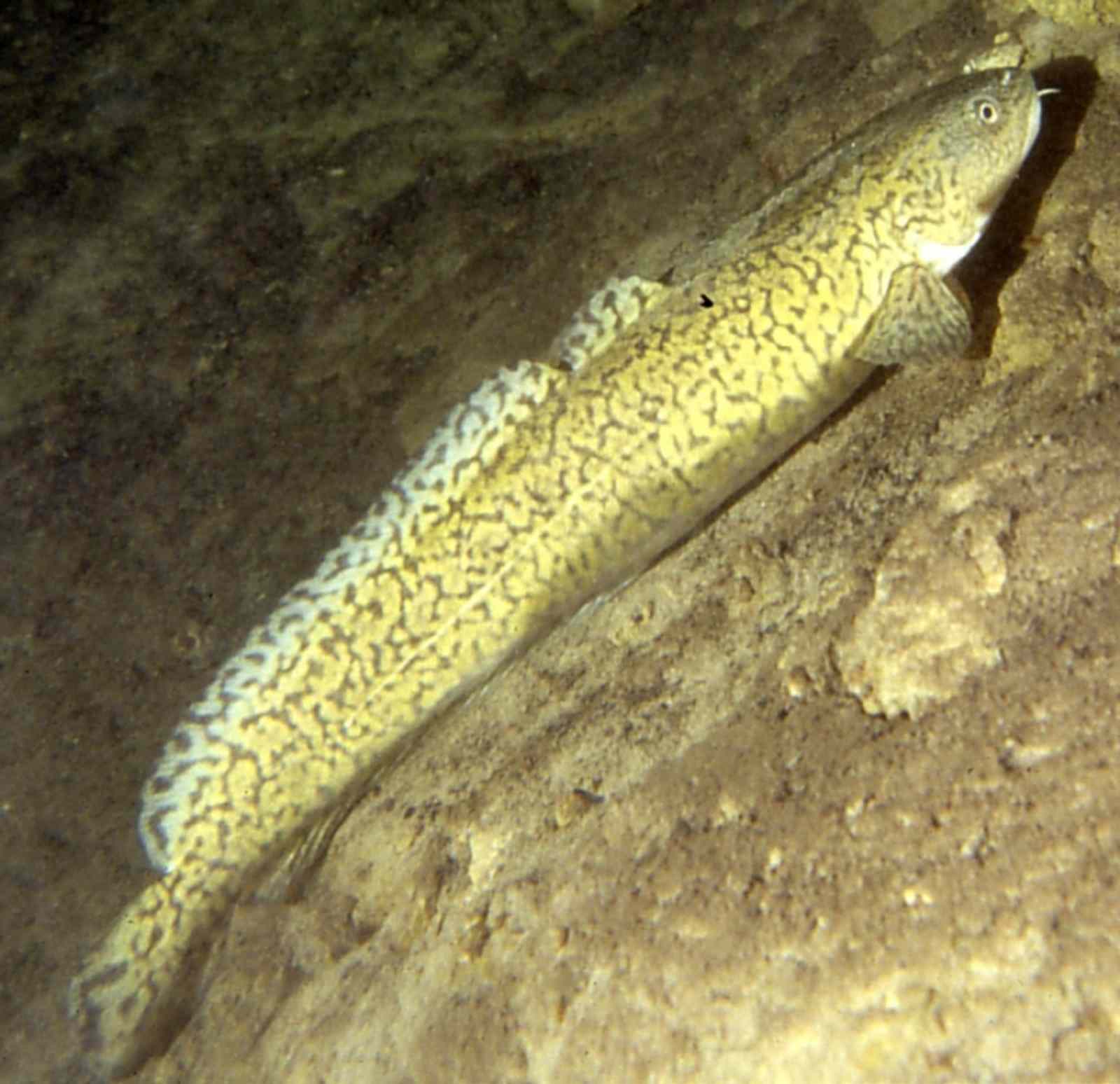 Burbot are eel-shaped fish, often nicknamed ‘lawyers’ due to their slimy, slippery skin and goatee-like barbels. If they are caught, they may wrap themselves around their captor’s arms and legs tighter than lights around a Christmas tree! 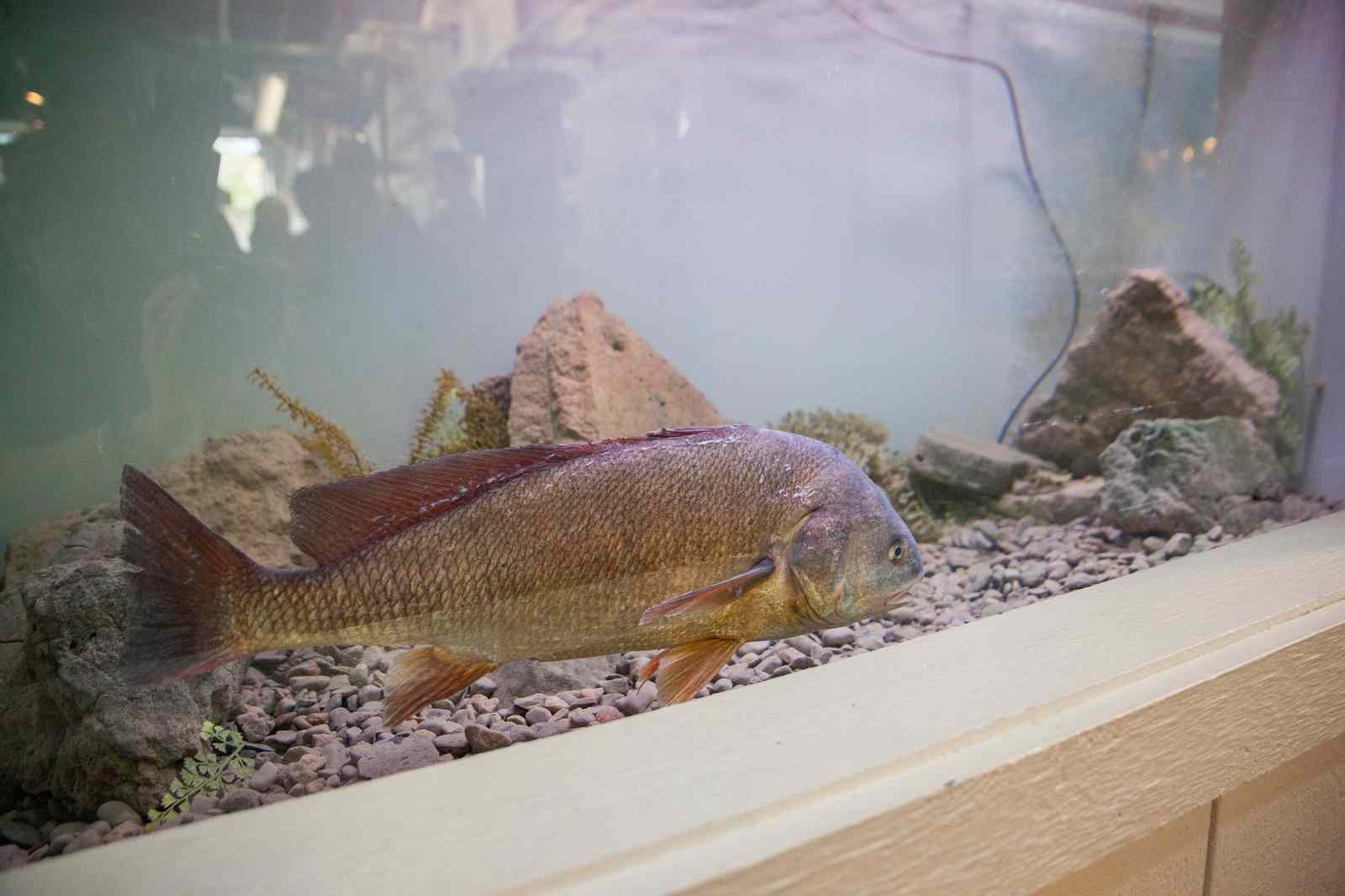 When searching for a mate, male Freshwater Drum make a grumbling or grunting sound by rubbing their muscles across their swim bladders. It makes them irresistible to the ladies! When caught, Freshwater Drum will vibrate like a cell phone. These noisy fish are nicknamed, croakers, grunters, and grinders.

Swim bladders are internal organs filled with oxygen (or sometimes oil) that control buoyancy and allow fish to float. 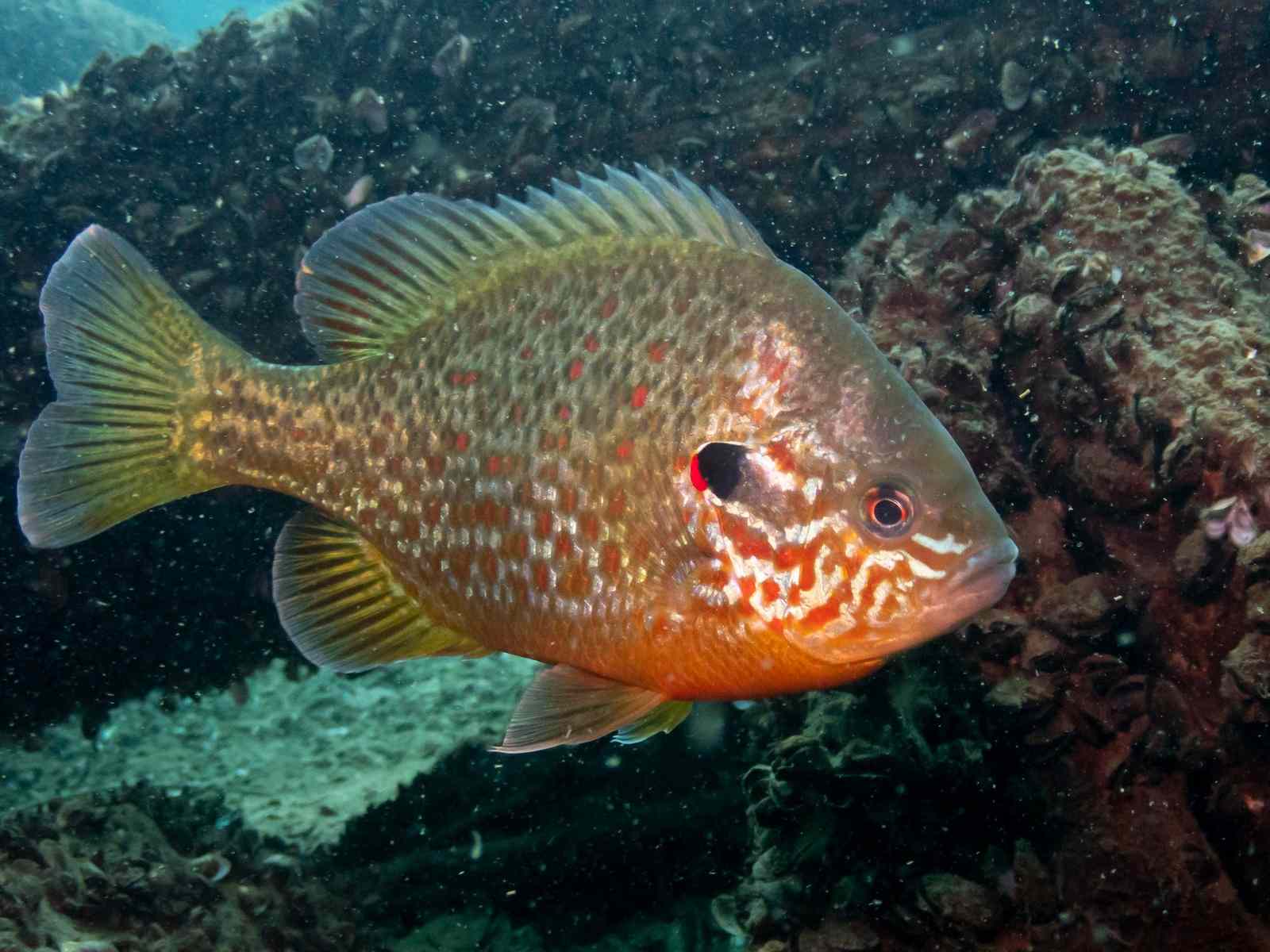 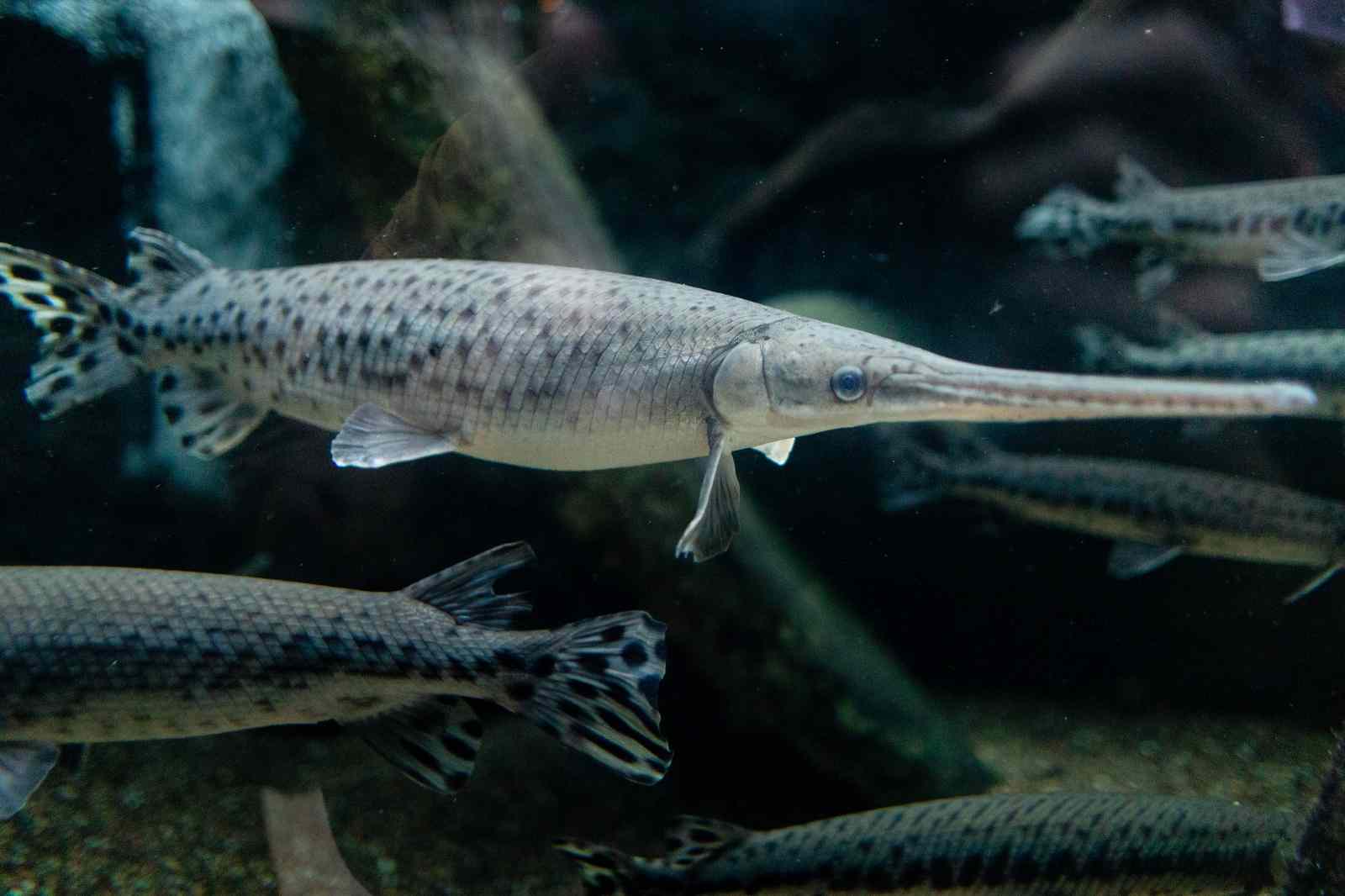 Longose Gar have existed for about 100 million years. These prehistoric-looking fish have thick, interlocking, armour-like scales that protect them from predators. They also have mouths twice the size of their heads filled with razor sharp teeth. Invite a Longnose Gar to Fishmas dinner this year if you can’t find your carving knife! 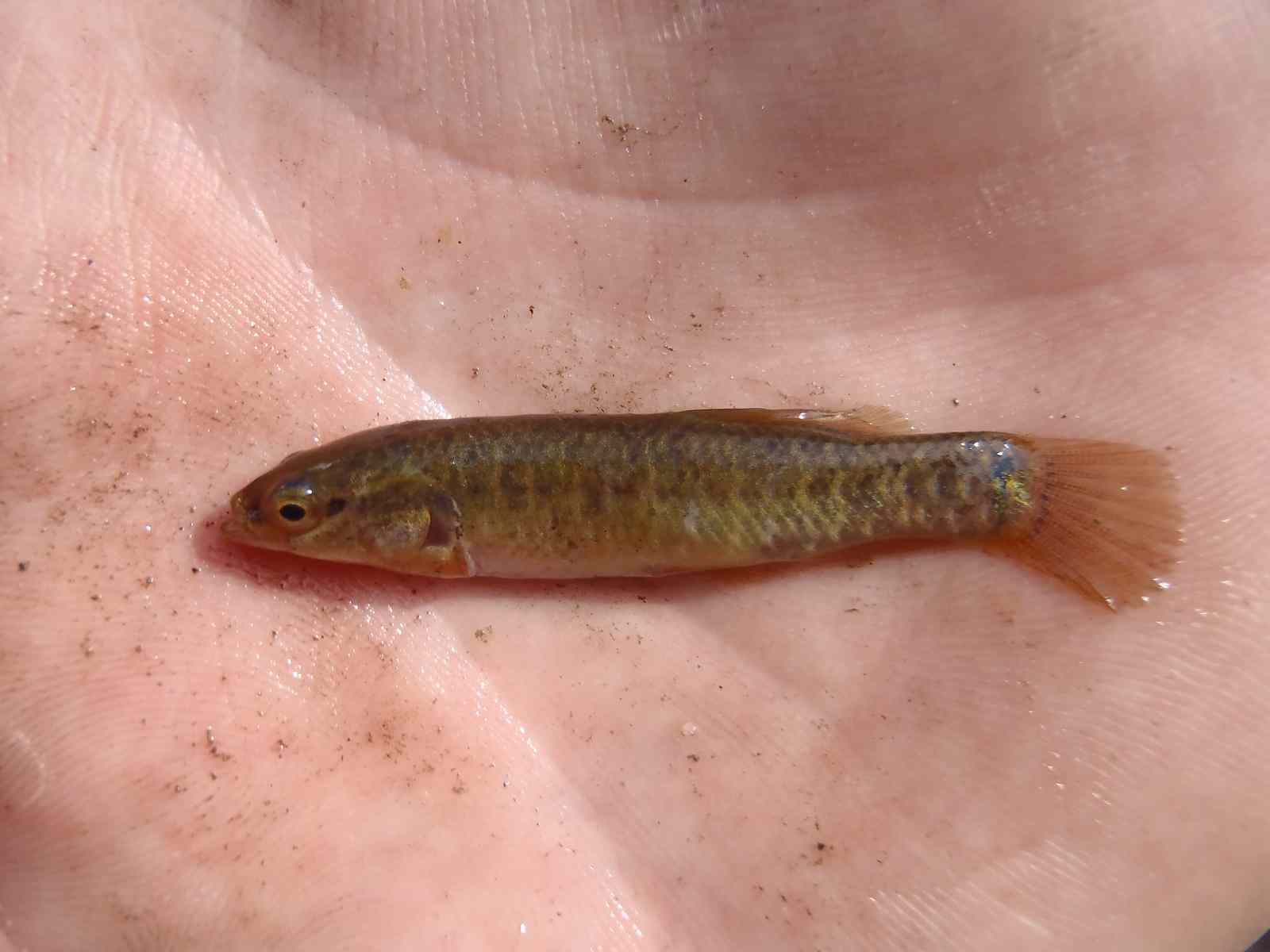 Central Mudminnows (scientific name: Umbra limi) are named after the latin words “umbra” (shadow or phantom) and “limi” (mud). Why? These prey fish are known for escaping into soft, muddy sediments to escape predators. Not exactly a ‘clean’ getaway, but hey, whatever works. 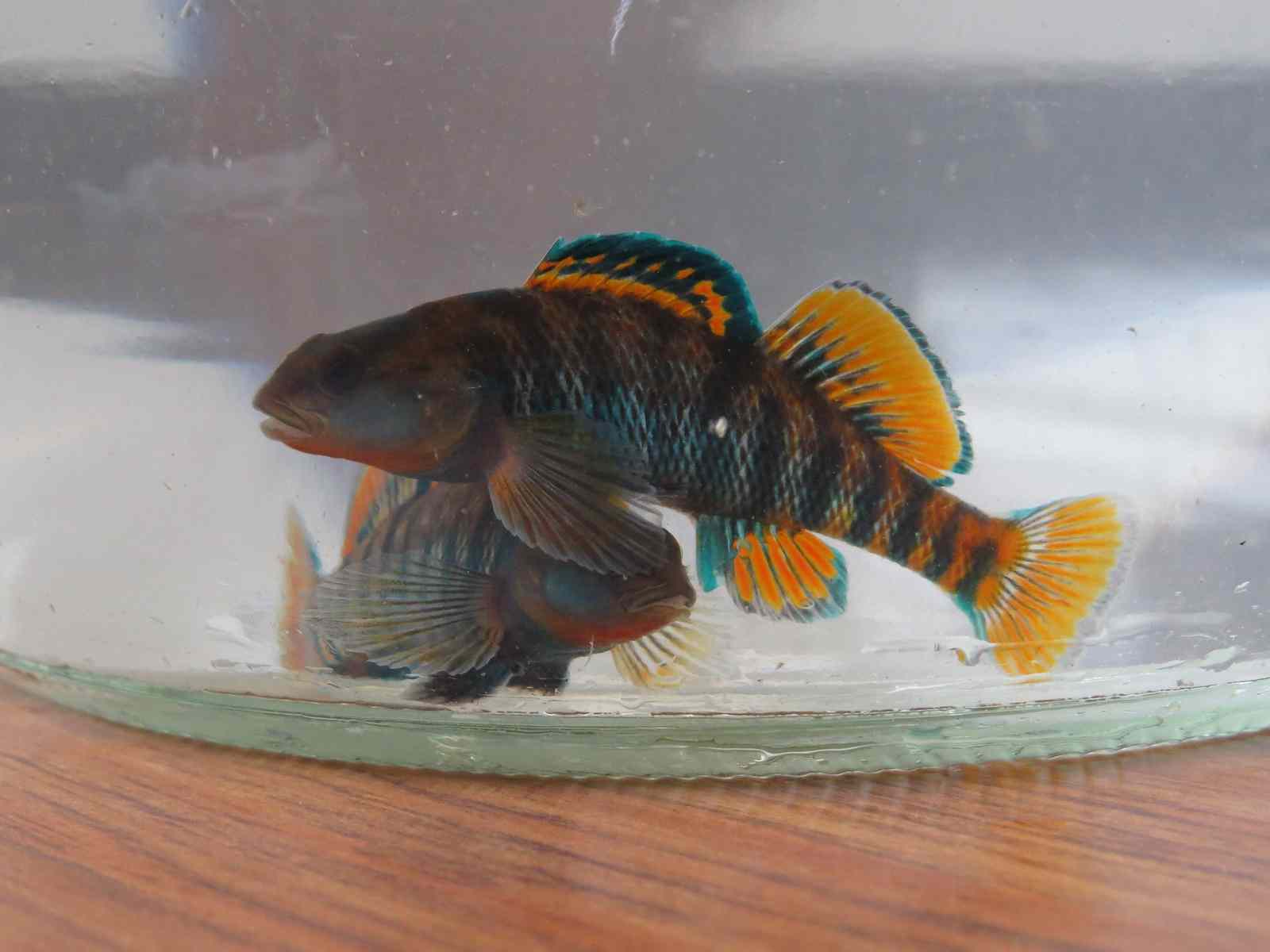 The Rainbow Darter is Ontario’s most colourful fish, but it’s got more than just good looks! These fish are expert communicators, using chemical cues and behaviours to warn other darters of predators. This year, these little guys are on the Nice List for sure. 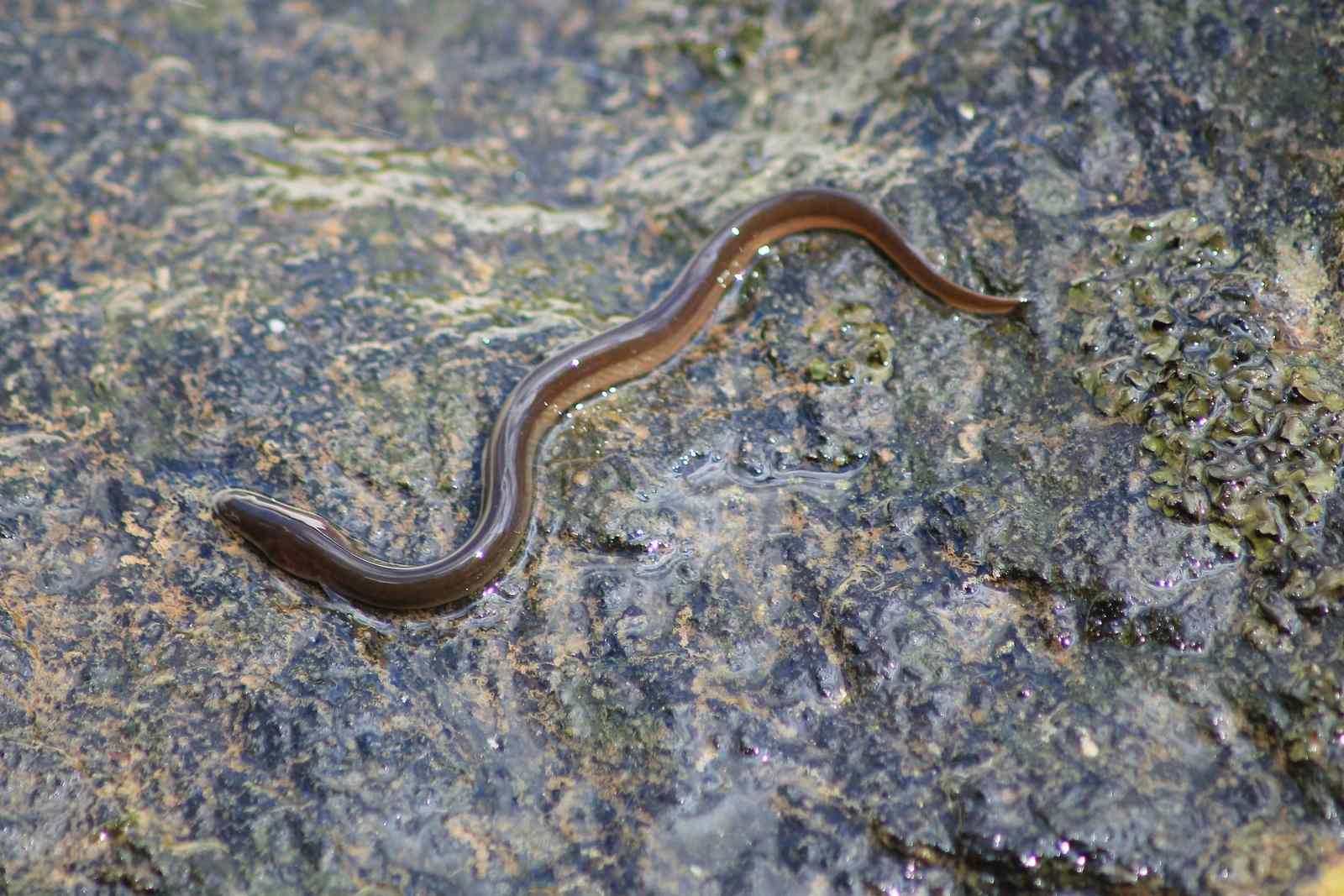 American Eels are covered with a layer of mucus, making them… well, as slippery as an eel. (And apparently as charming as the Grinch!) American Eels are able to absorb oxygen through their skin and gills so that they can move over mud, rock, and wet grass when migrating. 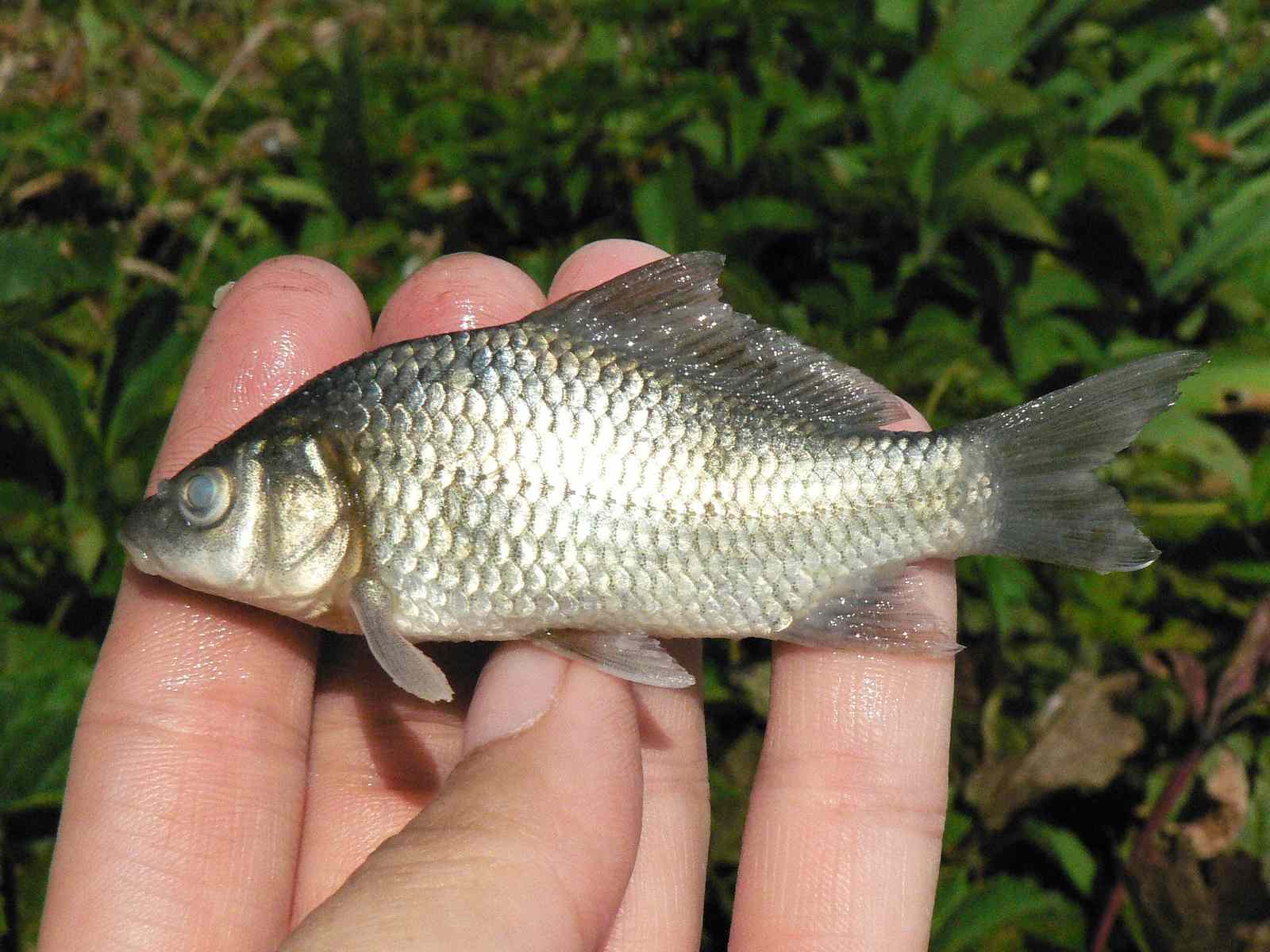 There are an estimated 40-50 million goldfish living in Lake Ontario and they’ve been reported along Lake Erie’s north shore as well, often near populated urban areas. Moral of the story: If you’re gifted an unwanted goldfish this year, don’t flush it down the toilet or release it into your local lake. 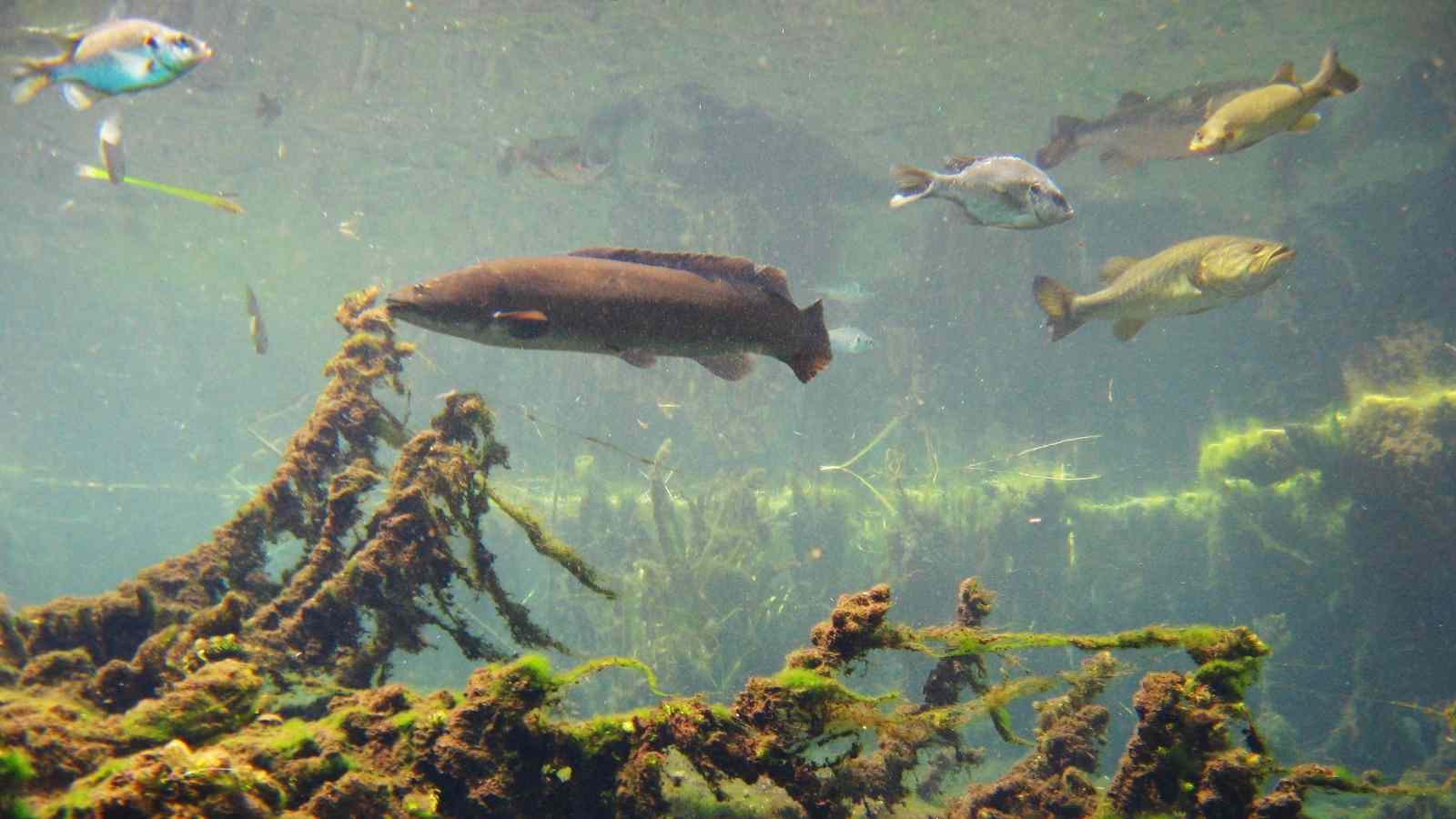 Bowfins are insatiable fish that will chomp down on whatever they can fit in their enormous mouths with their strongly developed teeth—including other Bowfin! Some believe that a Bowfin was likely responsible for the ‘Lake Erie Chomper Attacks’ of 2001. 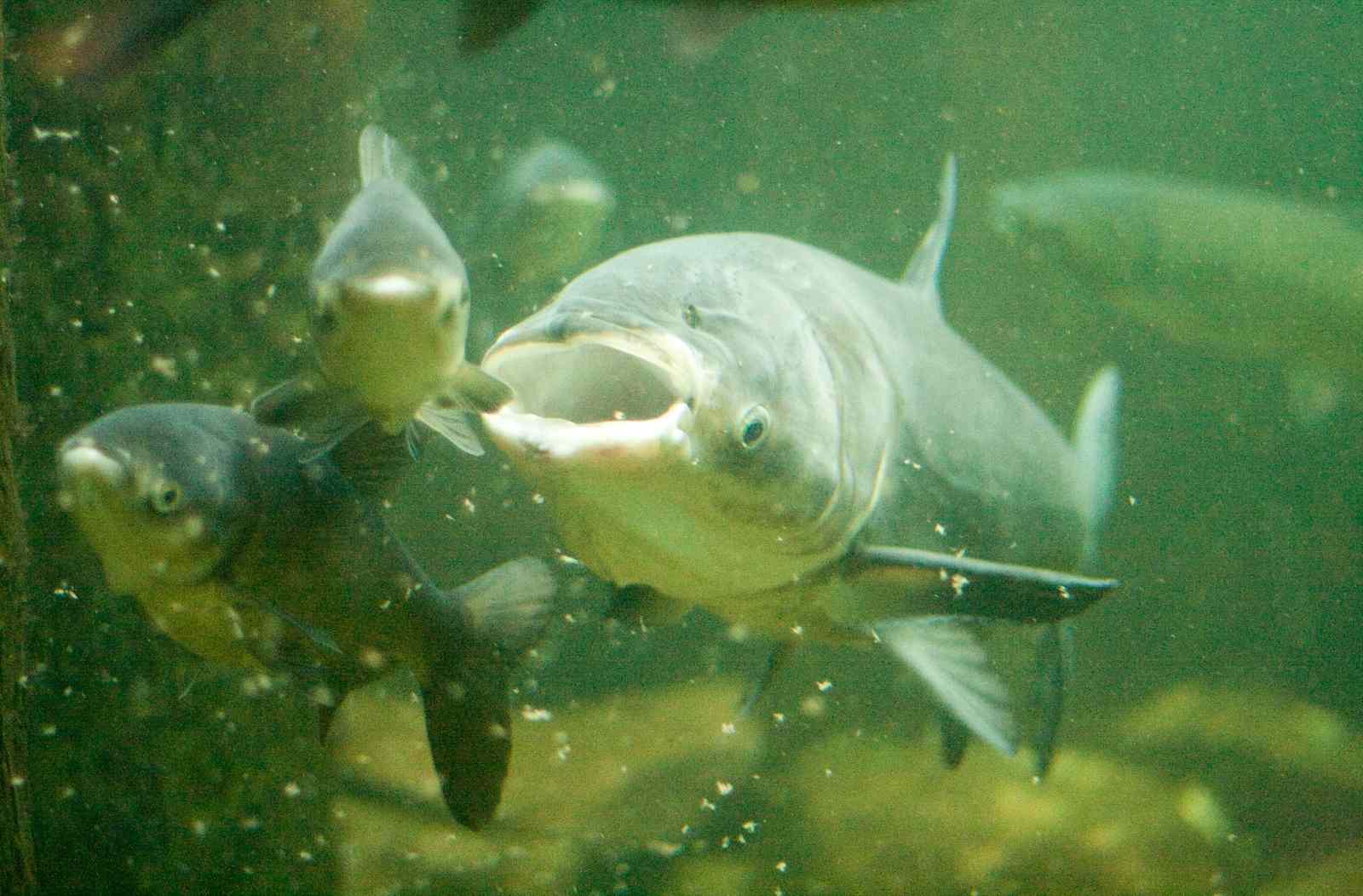 Bighead, Silver, Grass, and Black Carps are an invasive species in the Great Lakes. Believe it or not, they can harm more than just ecosystems. On occasion, the underwater vibration of boat propellers has caused Silver Carp jump up to three meters above the water, hitting and injuring boaters! Coal in your stocking this Fishmas, Mr. Carp! 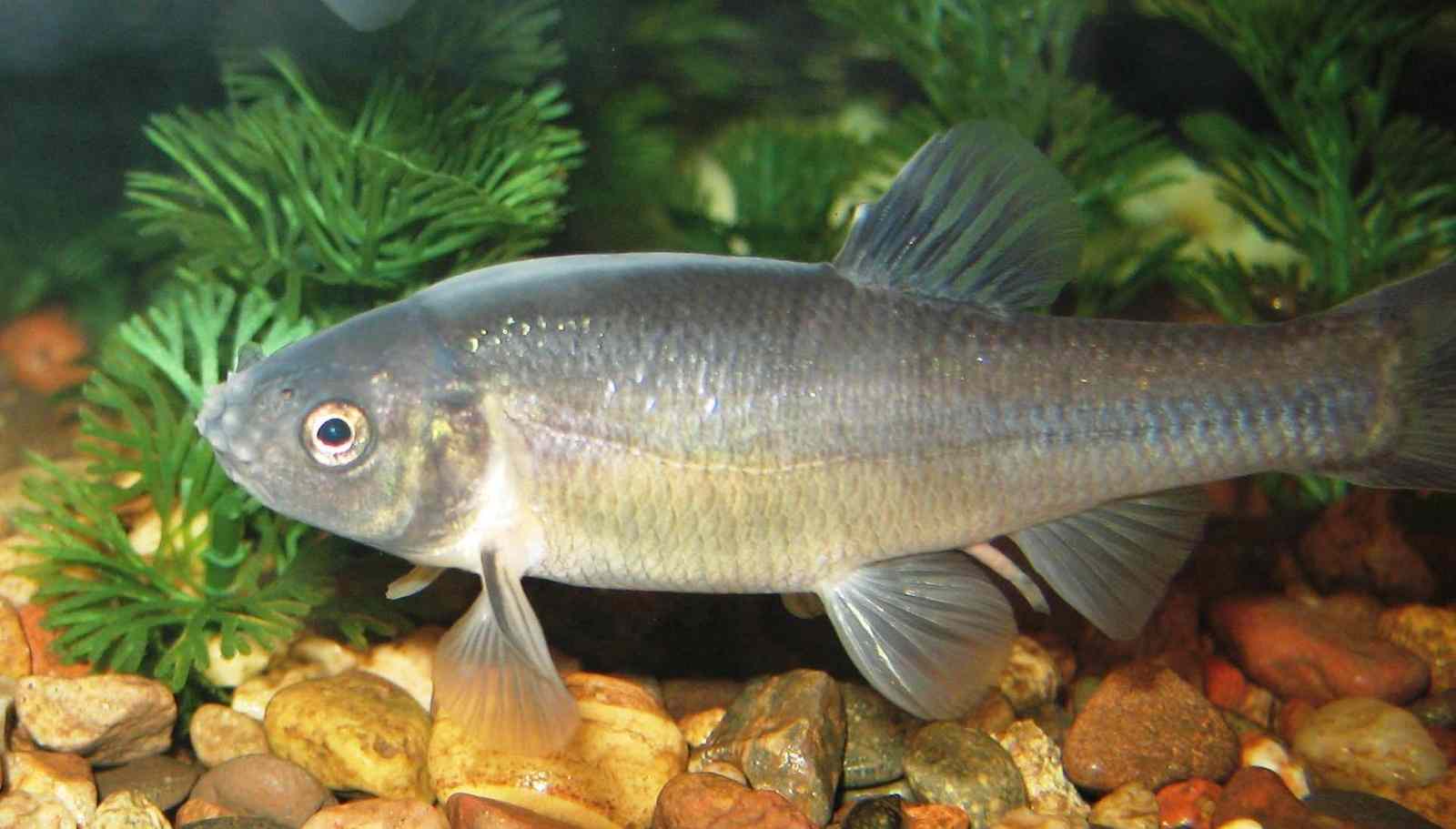 It may sound like an insult, but the name “Fathead” aptly refers to the enlarged heads of breeding males when they’re trying to get the ladies hooked. They develop breeding tubercles (small keratin bumps on their head) which help them stimulate females during courtship, maintain body contact, and defend territories and nests. 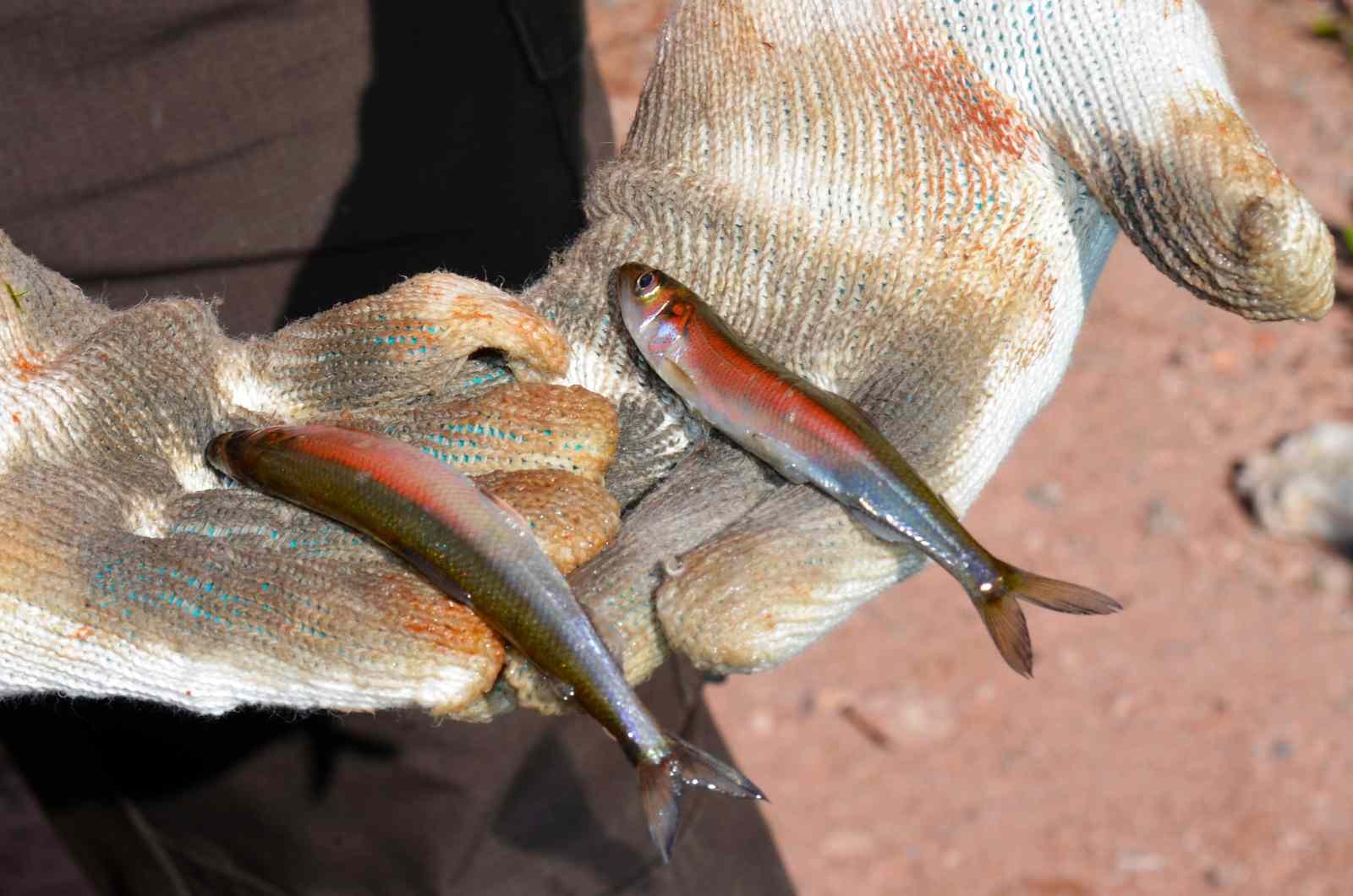 Rainbow Smelt are an invasive species. In native habitats, they live in the ocean and spawn in freshwater. In the Great Lakes, they can’t re-enter the ocean, but they still migrate from lakes into streams and shorelines in the spring to spawn. (Old habits die hard!)

Silver Redhorse have thick, grooved lips and a distinctive notch in the middle of their lower lip. Where’s the mistletoe? Pucker up! Or maybe don't. Silver Redhorse also have taste buds on their lips, so when they extend their mouths downward to feed on the lake bottom, they can do a quick taste test before chowing down. 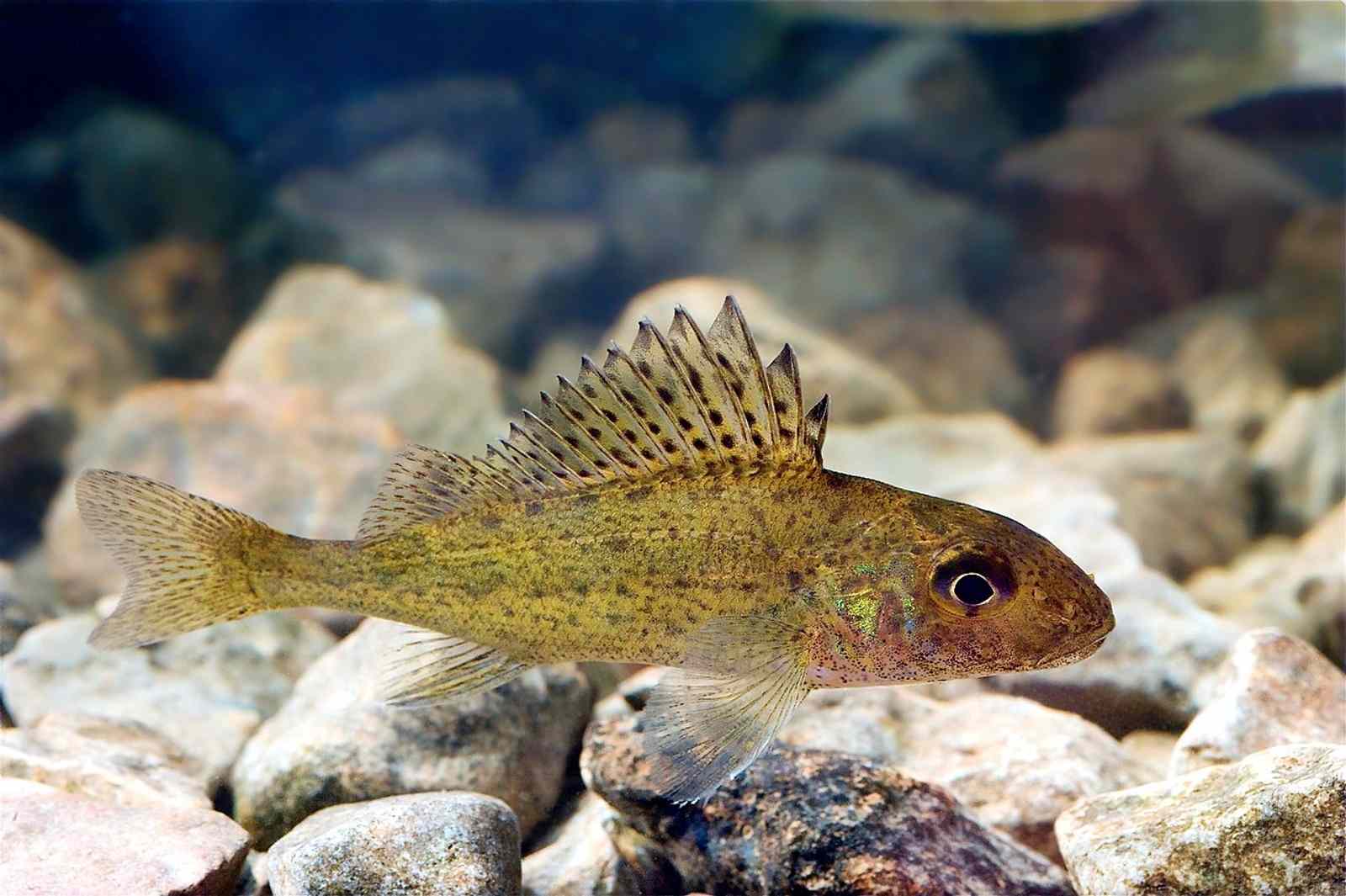 Eurasian Ruffes are small but mighty. They're always up to snow good, living up to their “ruff” and tough names. They are a highly adaptable and very aggressive invasive species that can quickly dominate native fish populations. Pretty rude-olf them if you ask me. 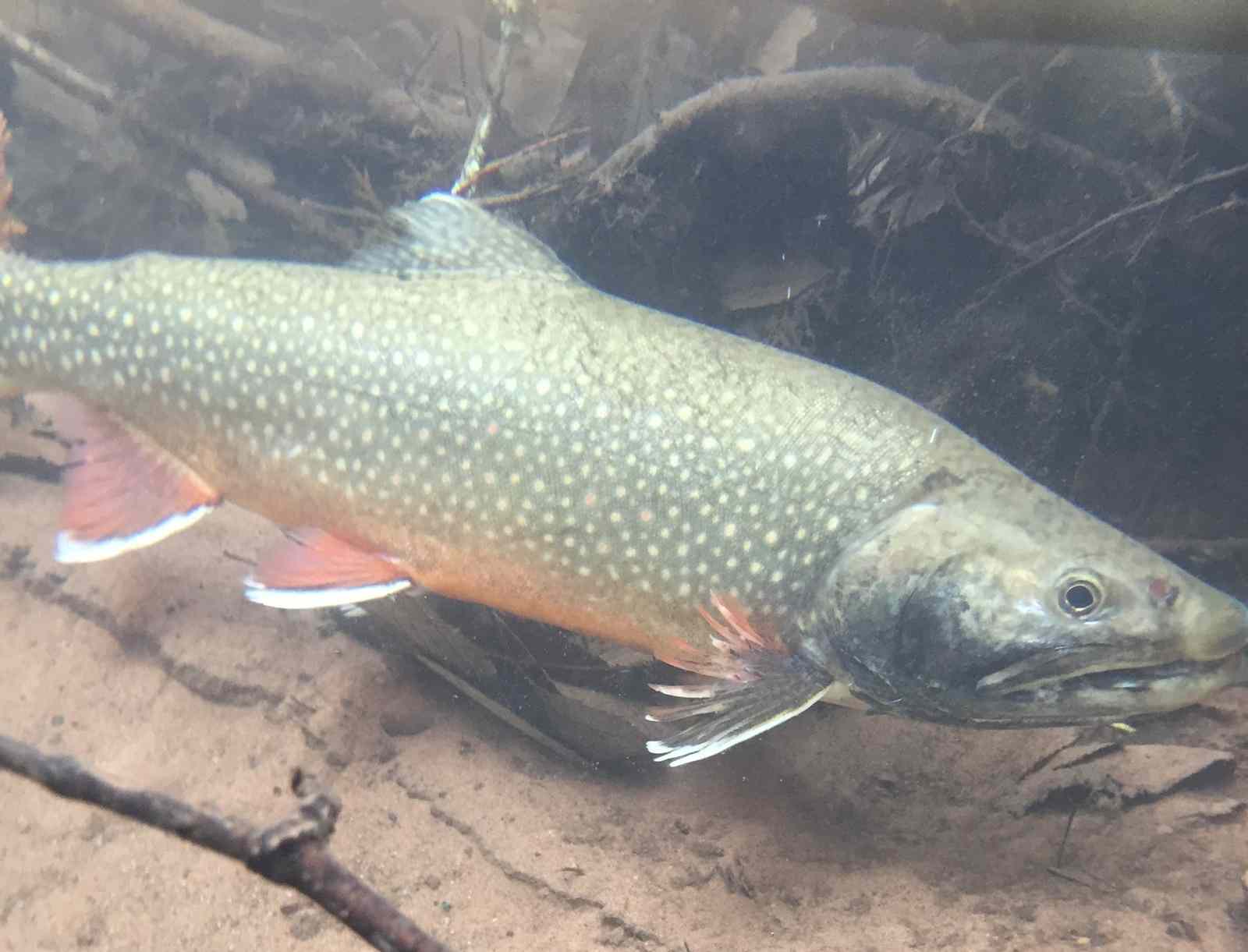 Splake are a hybrid fish species, a cross between a male Brook Trout and a female Lake Trout. The name “Splake” is a mash up of Speckled Trout (which is another name for Brook Trout) and Lake Trout. Unlike Brook Trout, Splake have a slightly forked tail, like Lake Trout. 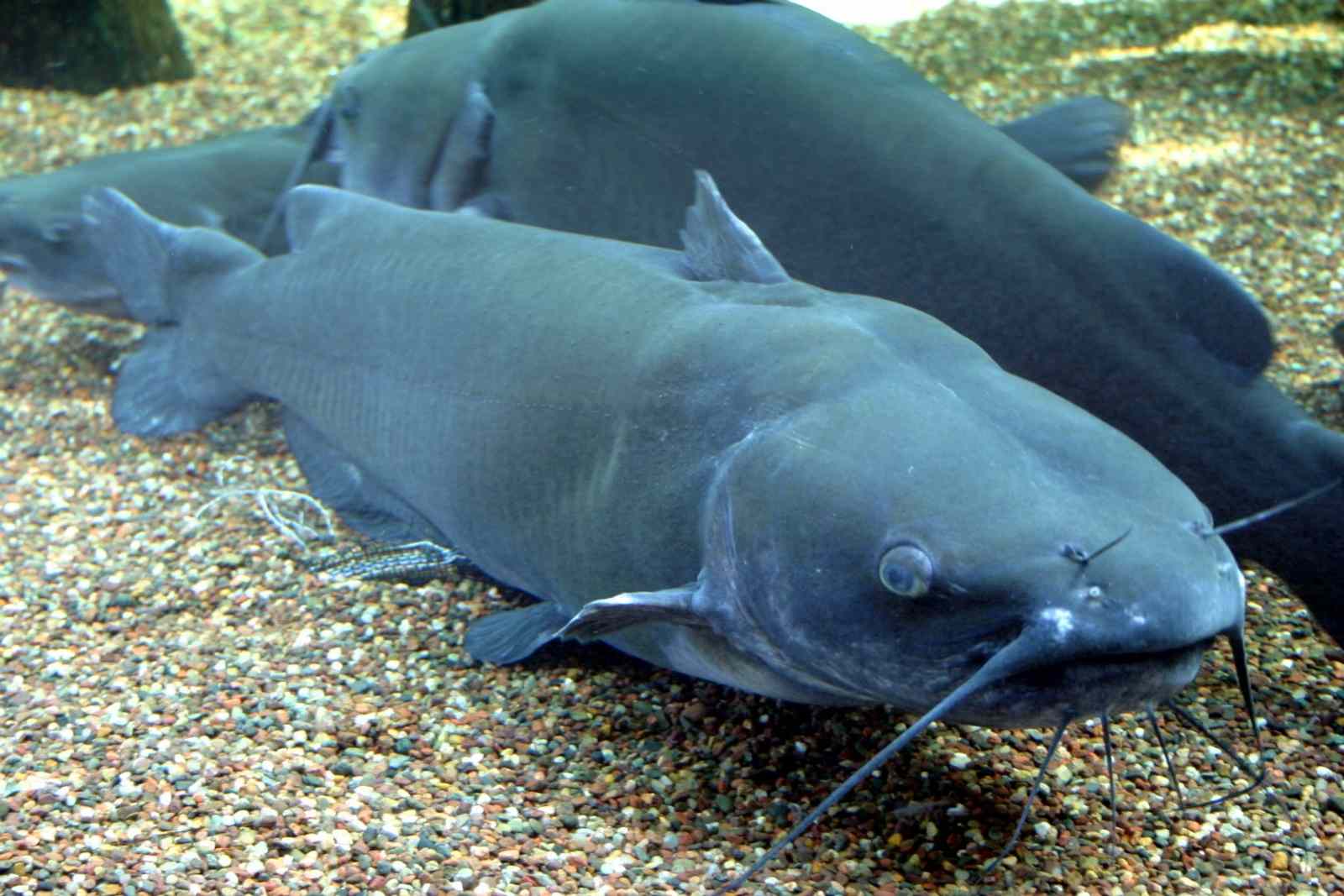 Contrary to popular belief, catfish whiskers can’t sting people! However, catfish do have sharp spines in their front fins that can puncture skin and release venom that causes swelling and increased blood flow to the wound. Look out for these Santa Claws! 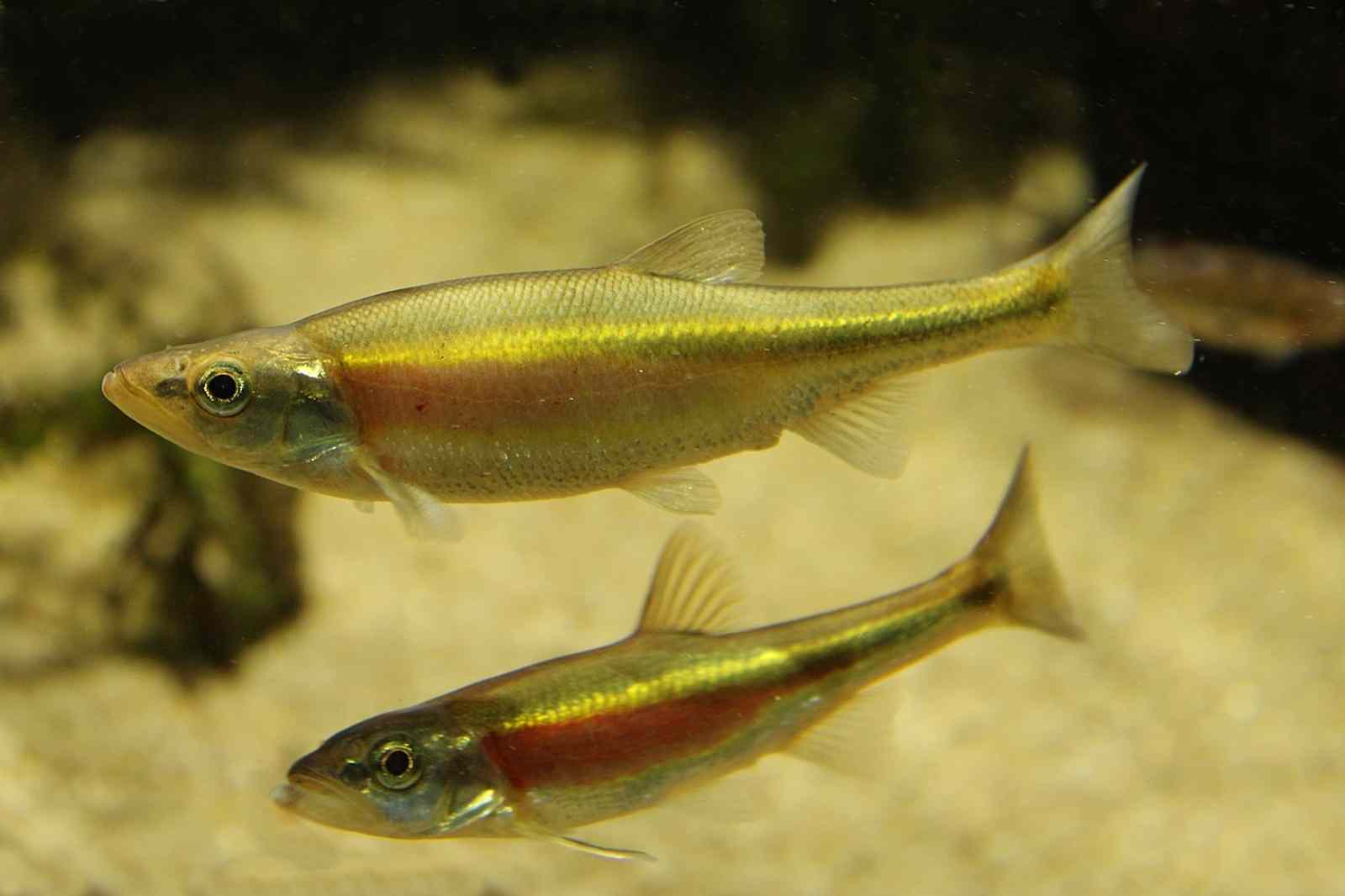 Redside Dace are the only minnow species that hunts by leaping out of the water to catch flying insects. They are an indicator and an endangered species, with 80% of their population living in the GTA. Learn about Redside Dace and other Great Lakes restoration here.

Want to meet these fish in person this winter? Try ice fishing!

And of course, make sure you brush up on your ice safety with our top 7 ice tips.

Fishing and Wildlife, Learn About Nature