"No lake master can recall in all his experience a storm of such unprecedented violence with such rapid changes in the direction of the wind and its gusts of such fearful speed... It was unusual and unprecedented and it may be centuries before such a combination of forces may be experienced again."


Call it what you will—the White Hurricane, the Freshwater Fury, the Big Blow, or the Great Lakes Storm of 1913—this natural disaster was the most deadly and destructive to ever hit the Great Lakes. 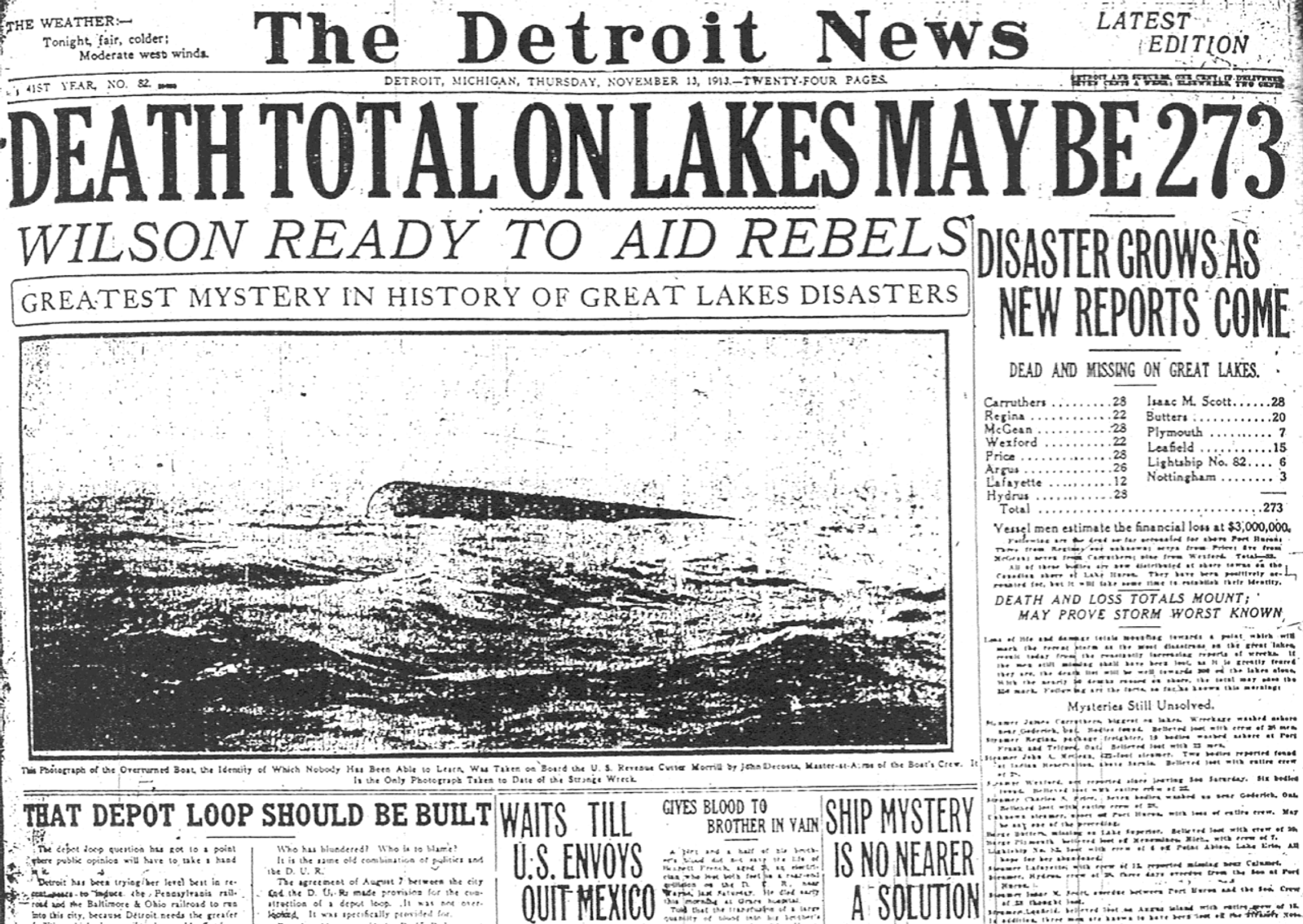 “The bell rang for supper at 3:45 P.M., which was prepared and the tables set, when a gigantic sea mounted our stern, flooding the fantail, sending torrents of water through the passageways on each side of the cabin, concaving the cabin, breaking the windows in the after cabin, washing our provisions out of the refrigerator and practically destroying them all, leaving us with one ham and a few potatoes...Volumes of water came down on the engine through the upper skylights, and at times there were from four to six feet of water in the cabin.”

November storms are notorious on the Great Lakes, having led to countless shipwrecks and fatalities over the years. Perhaps the most well-known Great Lakes shipwreck of all, the SS Edmund Fitzgerald, sunk on November 10th, 1975. Gordon Lightfoot puts it best in his song about the tragedy, “The Wreck of the Edmund Fitzgerald:”

“The lake, it is said, never gives up her dead
When the skies of November turn gloomy”

Why is November such a deadly season on the Great Lakes?

Since the mid-19th century over two dozen vicious cyclones have hit the Great Lakes, and the majority of them occurred in November.

From 1876 to 1900, 238 significant storms hit the Great Lakes. Of the 45 most devastating storms over those years, November was the most common time for such storms to happen. 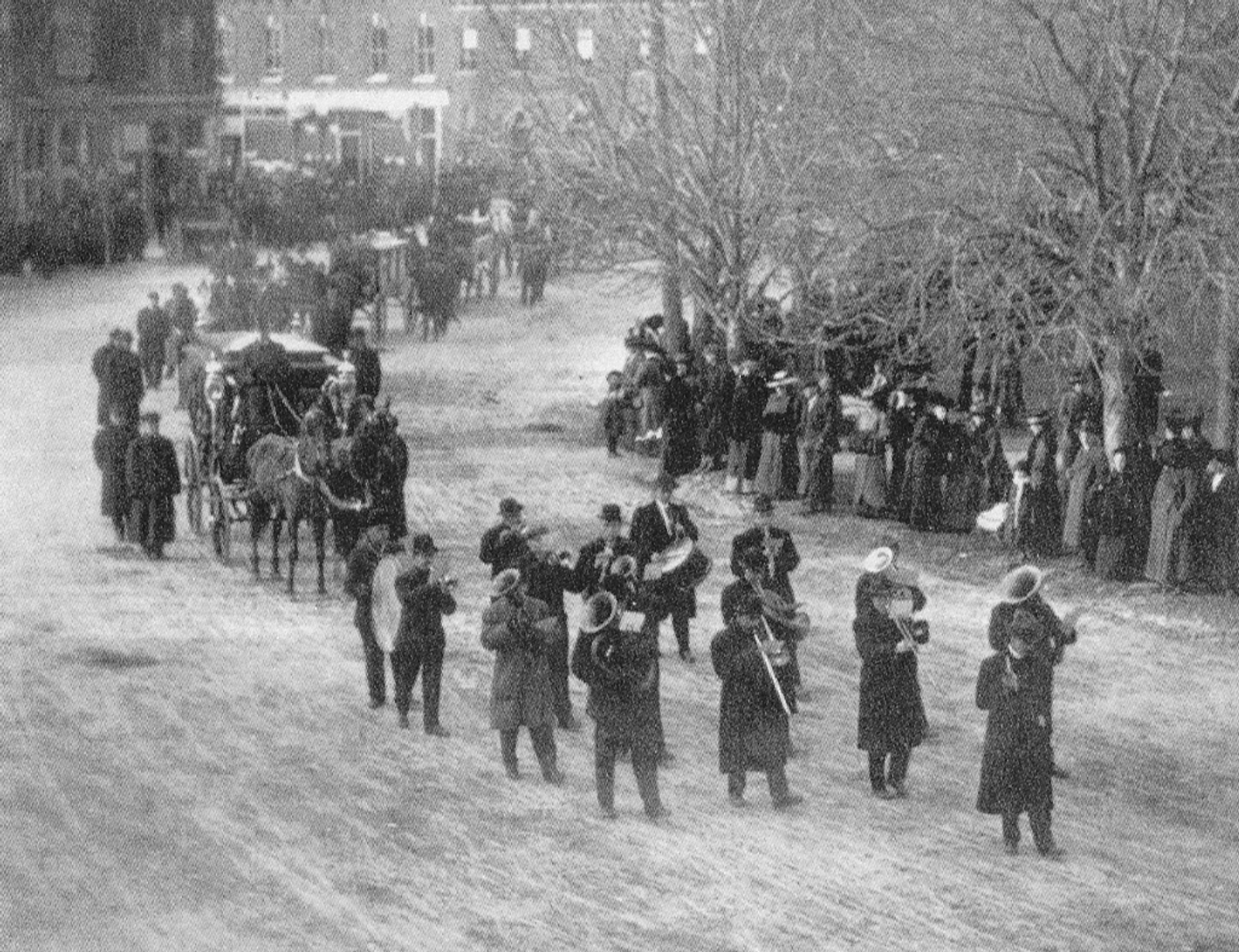 In the late fall, dry and frigid air from Canada billows southward. At the same time, more moist and temperate air blows north from the Gulf of Mexico. When these contrasting airs meet, they create ideal conditions for storms in the Great Lakes region.

The northern states in America also send up a strong jet stream, which only exacerbates the forming storm and pushes the seething weather system towards the Great Lakes. The final ingredient in these ‘perfect storms’ is the (relatively) warm temperatures of the lakes themselves. 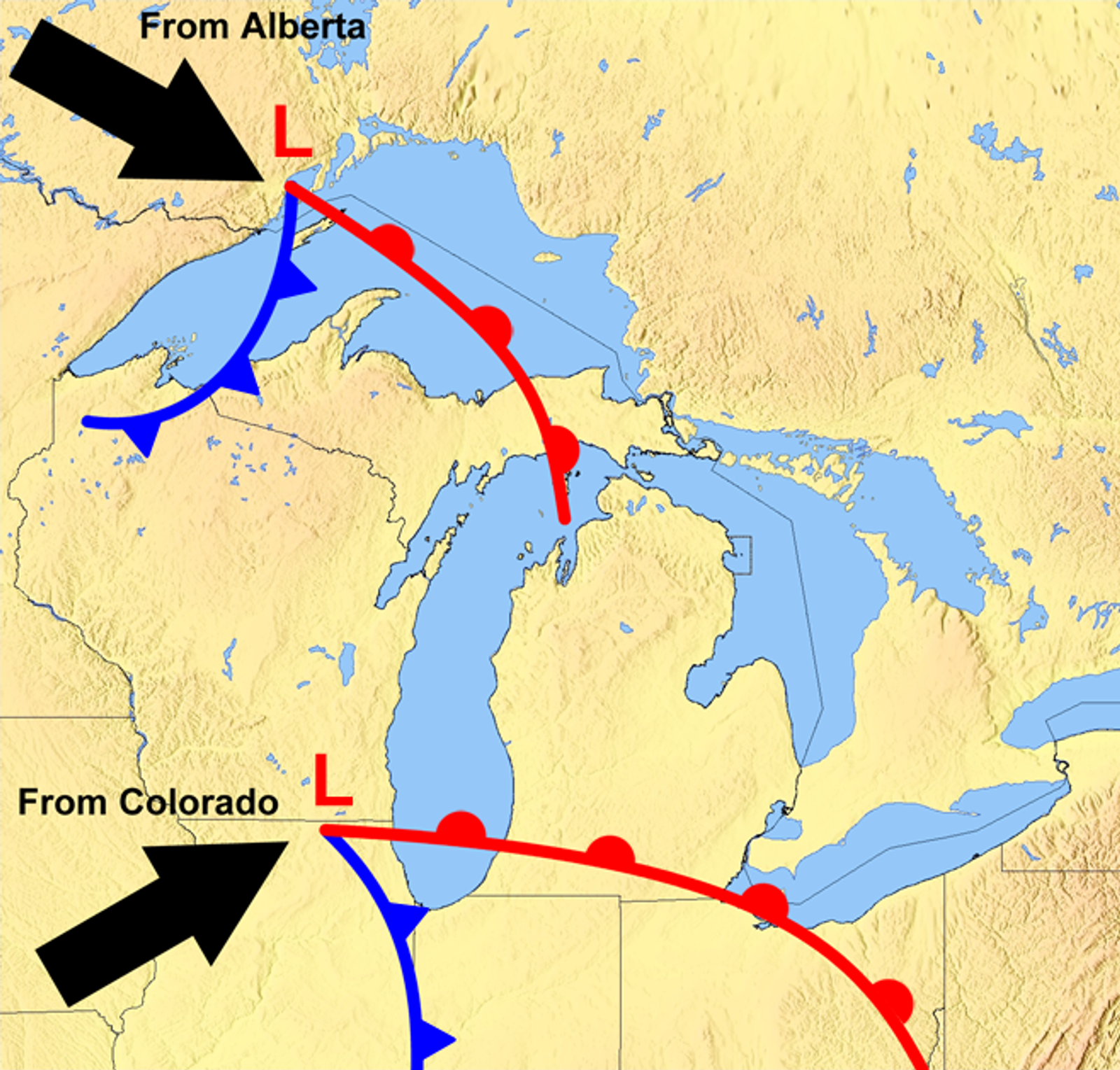 The storm that began brewing on November 6, 1913 was more than just a storm. It was a devastating blizzard that blew hurricane-force winds of 145 km/h. These powerful gusts formed 11-meter-high waves and brought with them whiteout snow squalls.

“It was blowing a gale from the north and blinding snow, and a big sea running over us from stem to stern. It was impossible for a man to get on deck anywhere. We held up until 9:00 A.M. when I saw we could not stay there much longer and have our hatches hold on, so I turned around and went before it again. It was snowing hard and I could not see over a quarter of a mile.”

— Captain Selee, captain of the steamer McDougall on Lake Superior

Created by two huge converging storm fronts, the vicious blizzard lasted from November 7th to November 10th, tearing through Ontario, the Midwest, and of course, the Great Lakes. 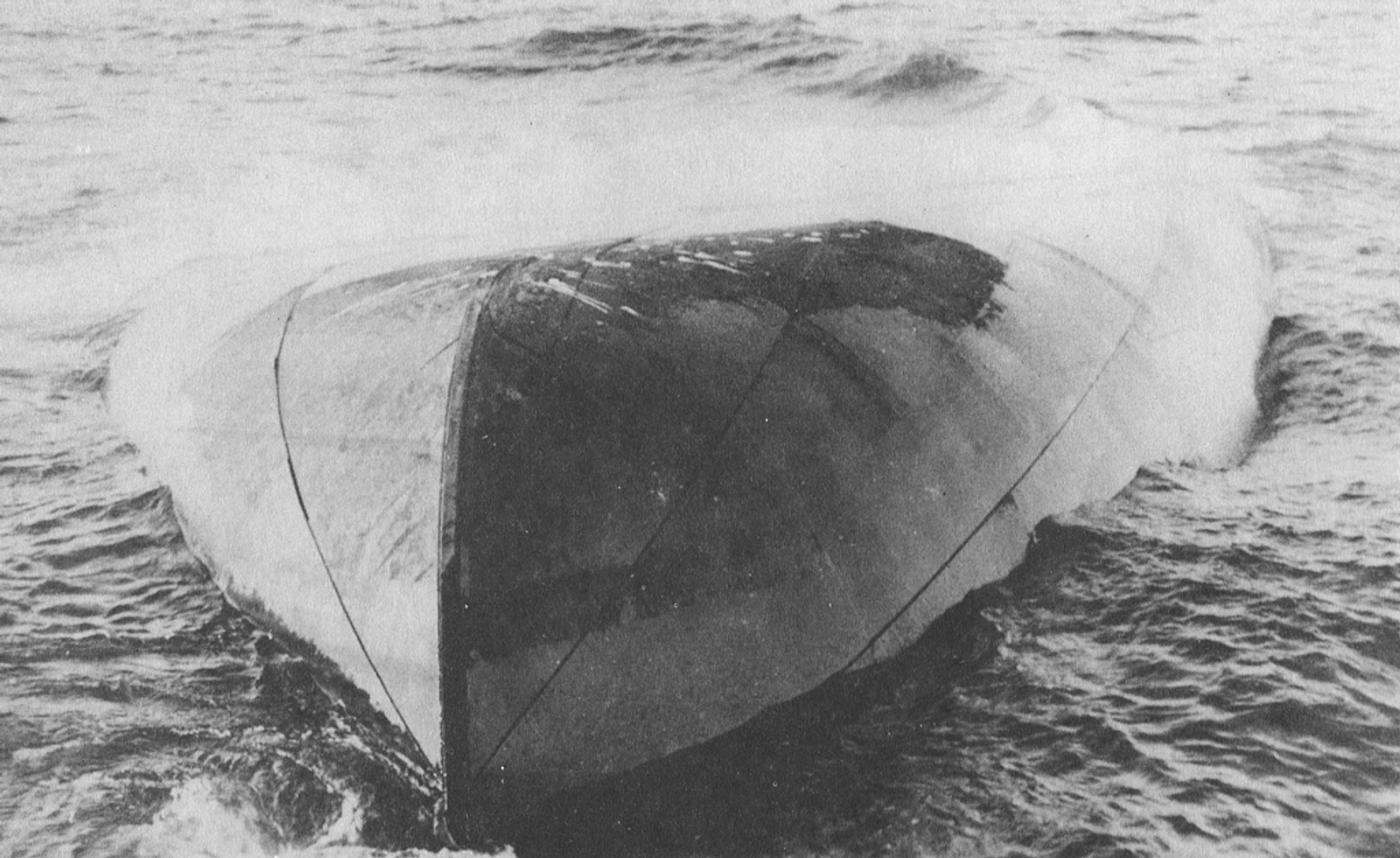 The Charles S. Price, face down at the Lake Huron's southern end | Marine Museum of the Great Lakes at Kingston (Wikimedia Commons: Link)

Normally, a storm so intense should run its course after about four hours, but this blast lasted for over 16 hours.

“At 6:20 of the 9th, when probably about off Sturgeon Point, encountered very heavy seas, which stove in the port side of the forward end of the after cabin, flooding the mess room, kitchen and letting a quantity of water into the engine room, and also carrying away three hatch strong-backs. It was snowing hard and continued to snow without interruption until after she struck.”

— Captain McLeod, captain of the steamer Matoa on Lake Huron

More than 250 people lost their lives in the storm, and there were major shipwrecks on all of the Great Lakes except Lake Ontario. 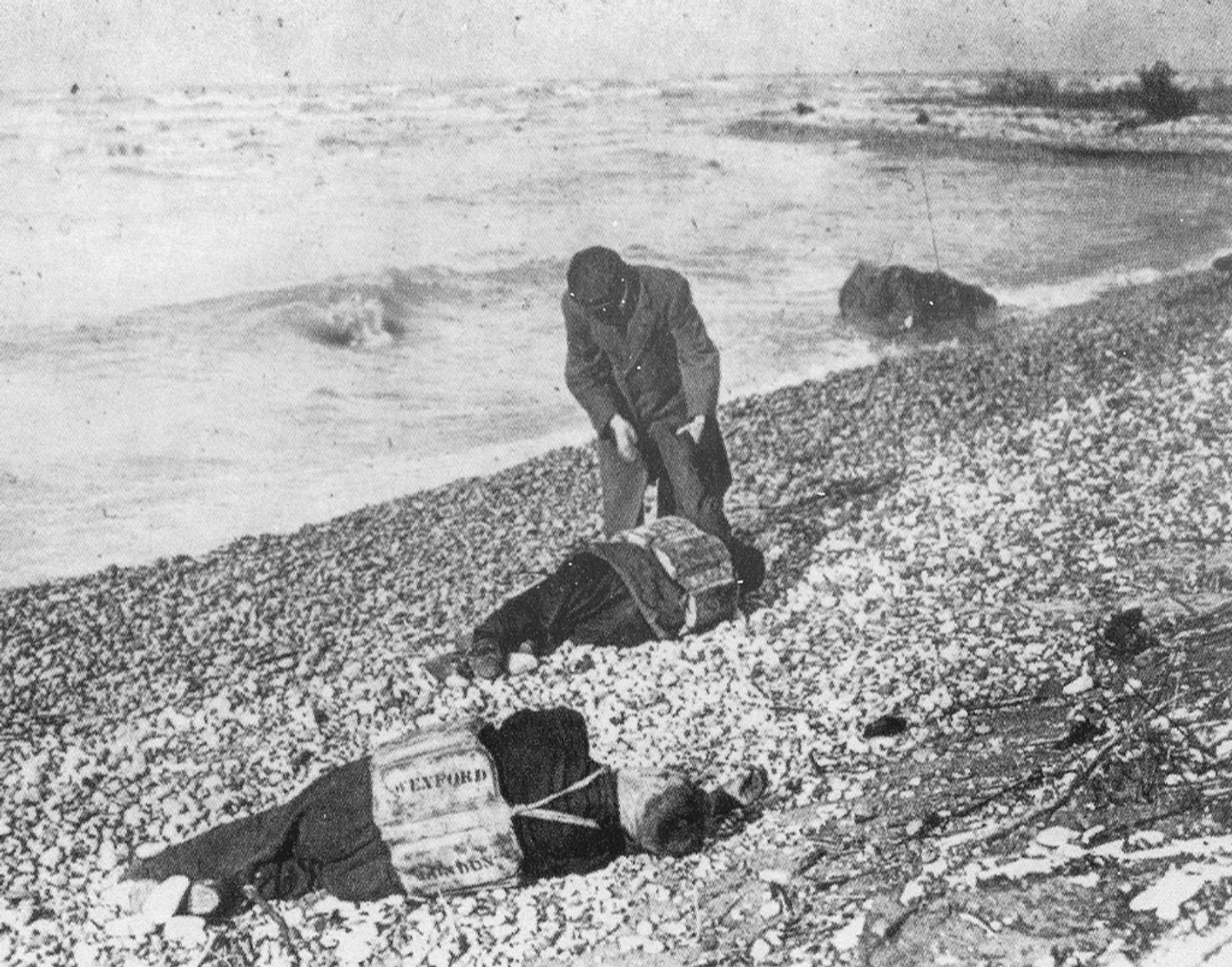 Map showing all the shipwrecks that happened during the storm | brian0918 (Wikimedia Commons: Link)

Lake Superior claimed the Henry B. Smith and the Leafield. The Plymouth sank in Lake Michigan and the LV-82 Buffalo succumbed to Lake Erie. 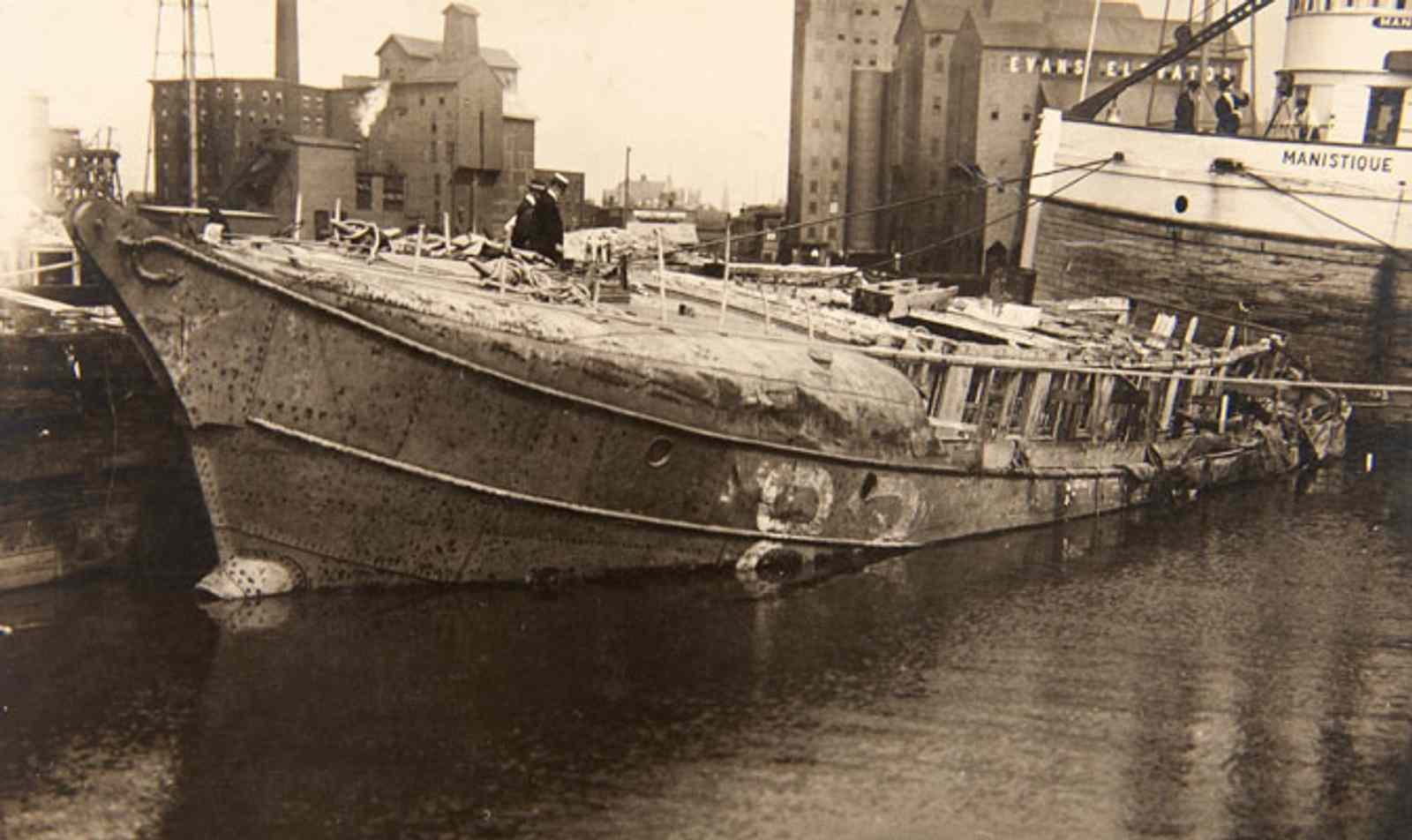 The LV-82 Buffalo in 1915 after it was raised | Shinerunner (Wikimedia Commons: Link)

In total, 12 ships sank and at least 30 more were damaged. Five have never been found. An estimated equivalent of $117 million today was lost in ships and cargo.

The aftermath of the Great Lakes Storm of 1913

With modern forecasting, radar, and satellite imagery, such a storm would not have resulted in such destruction and loss of life today. 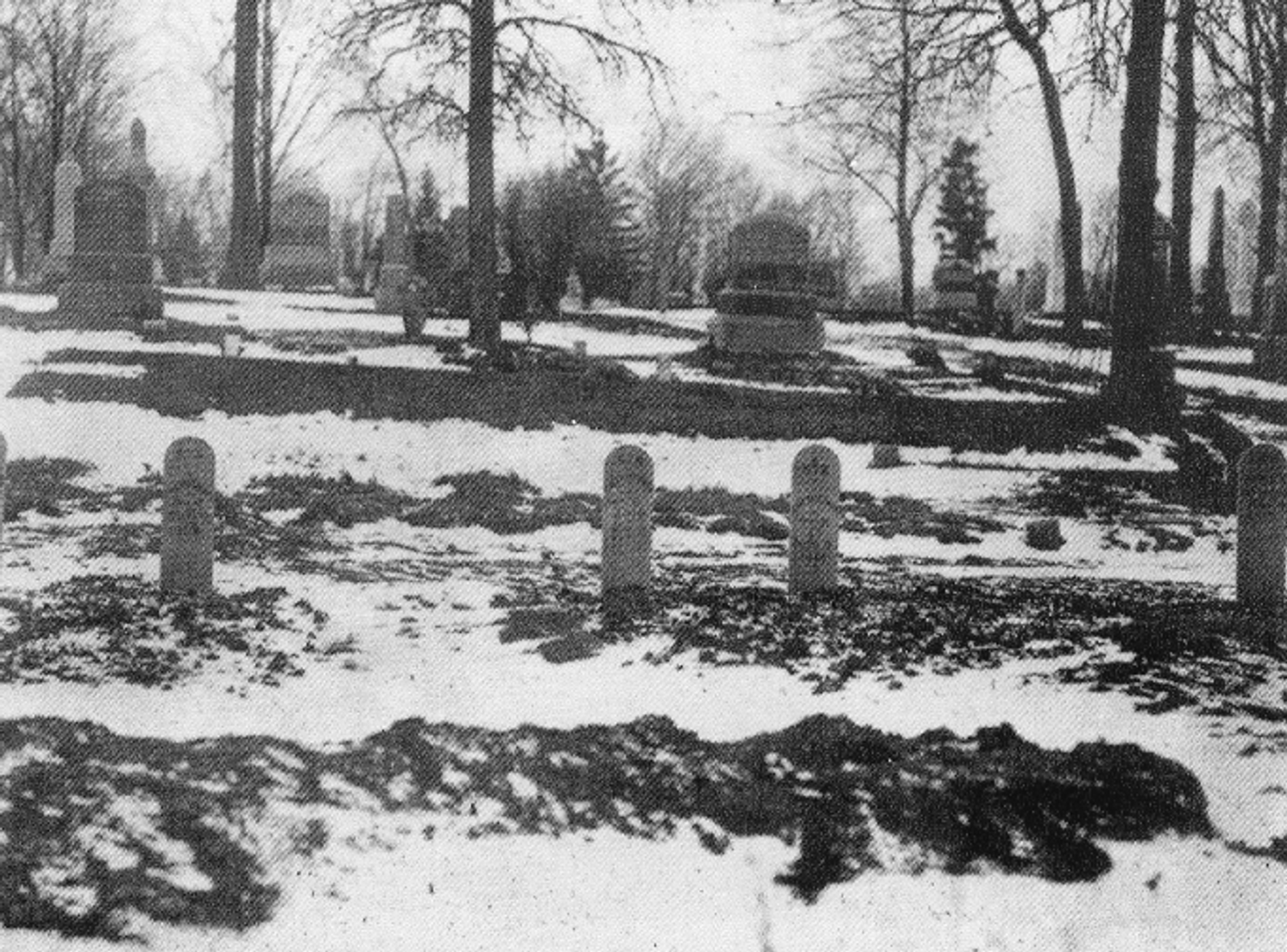 In its own era, however, the Great Lakes Storm of 1913 highlighted the shortcomings of storm forecasting and ship construction. Following the storm, ships on the Great Lakes were re-constructed to better withstand unruly weather.

“I believe if we had stayed [at the Soo] much longer we would have lost her on account of these hatch fasteners, so I wish to recommend to you that you install a hatch fastener like the one on the Ericsson...These wedges are unsafe for this class of vessel, as you can not go out on deck to look after them in bad weather.”

— Captain Selee of the McDougall in a letter to the Assistant General Manager of the Pittsburgh Steamship Co.

In a way, the storm was a wakeup call. Though tragic, it revolutionized storm forecasting and communications on the Great Lakes.

The storm emphasized how important increased weather forecasting was in the Great Lakes region. After the storm, meteorologists were required to have college-training, and the disaster also helped prove to the government that such crucial resources deserved more funding.

When the Great Lakes showed their power that November in 1913, they gave meaning to their nickname ‘inland seas.’

The Great Lakes are unimaginably vast. When you hear the world ‘lake,’ it’s easy to forget that these five lakes form the largest surface freshwater system in the world. Historically, the lakes have at times been a fierce adversary to those who depended on them for survival.

From introducing invasive species to using road salt, humans are altering the Great Lakes in profound ways. As you remember and respect the power of our inland seas, learn 10 easy steps that you can take to protect the Great Lakes.